If You Drive One Of These Popular Cars, Get It Inspected Immediately

A safety recall issued by the manufacturer affects 460,769 cars around the world.

Being safe in the car always involves staying alert when you're behind the wheel and observing the rules of the road. But in some cases, there can be something wrong with your vehicle that can put you and others on the road in danger, often leading to a manufacturer recall. The latest one to be issued involves a popular car brand with a malfunctioning piece of equipment that could lead to severe injury or even death if it's not fixed immediately. Read on to see what you should do if you drive one of the recalled models.

RELATED: The One Car You Should Never Buy Used, According to 2021 Data.

Volvo issued a recall of nearly 260,000 cars across the U.S. due to faulty airbag inflators. 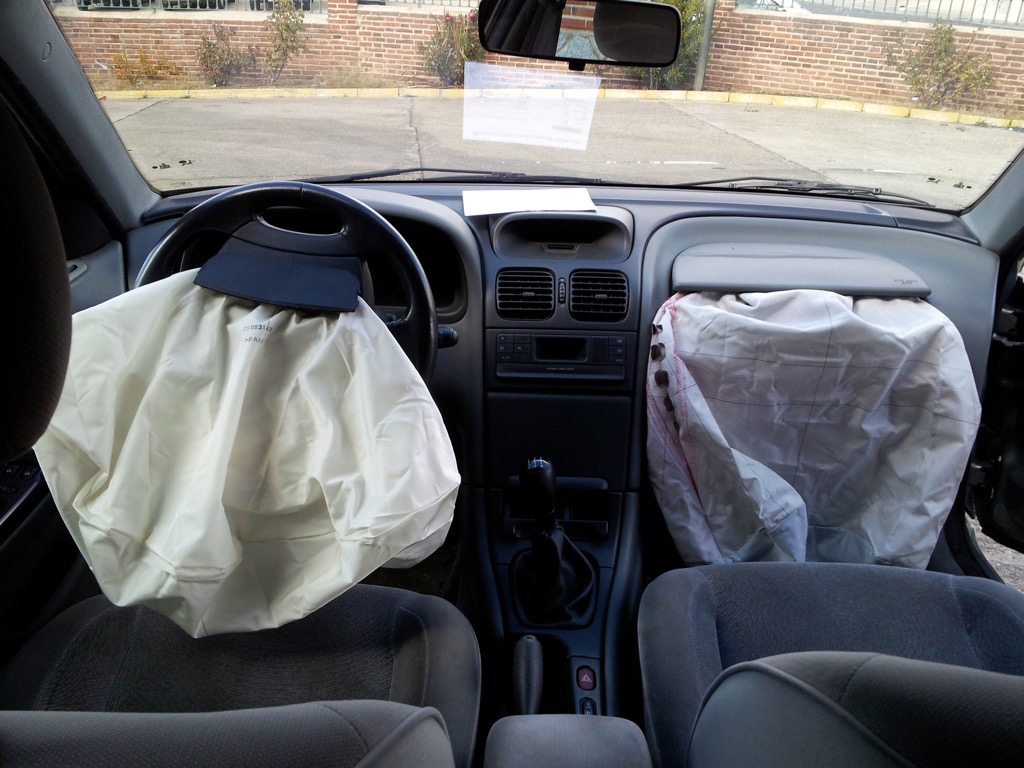 On Oct. 5, Volvo issued a recall on 460,769 of its older models—including 259,383 sold in the U.S.—due to an issue with the airbags that could be potentially dangerous. According to documents from the National Highway Traffic Safety Administration (NHTSA), the airbag inflator on the driver's side of the vehicle "may explode during deployment" and shoot sharp metal fragments that can cause severe or potentially fatal injuries to passengers, ABC News reports. So far, the agency says that the faulty device has caused at least one death.ae0fcc31ae342fd3a1346ebb1f342fcb

"Our investigations have identified an issue where driver airbag inflators may under certain circumstances be subjected to excessive pressures during deployment potentially resulting in an inflator rupture," a Volvo spokesperson said. "In the event of a crash where the driver airbag is activated, fragments of the inflator inside the airbag may, in certain cases, project out and in worst case strike you, potentially resulting in serious injury or death."

The recall affects popular older models of Volvo sedans, including the S60 and S80.

Volvo explained that the problem is the result of airbag inflator tablets that can begin to decay after being "subjected to elevated levels of moisture and high inflator temperatures frequently during its lifetime." Dust particles formed from their deterioration can increase the "burn rate" and pressure used to deploy the bag, causing the inflator to rupture.

RELATED: This Is the Most Unreliable Car in the U.S., Owners Say.

Volvo said it would replace all airbags in recalled vehicles free of charge.

According to Consumer Reports, Volvo has said that it will replace the airbags on all affected vehicles with a new unit containing a new propellant and inflator. The manufacturer has also said it will be reaching out to notify owners by mail beginning Nov. 29, 2021. Owners can also call Volvo's customer service line at 800-458-1552.

If you're unsure whether or not your car is affected, you can also visit the NHTSA website and search for any open recalls on your vehicle. Enter your car's 17-digit vehicle identification number (VIN) to see if any notices appear.

And for more helpful safety news sent straight to your inbox, sign up for our daily newsletter.

This isn't the first recall Volvo has issued because of faulty airbags.

Unfortunately, the most recent recall isn't the first time Volvo has dealt with faulty airbags. The latest notice is an expansion of a previous recall issued in November 2020, which affected roughly 54,000 older model S60 and S80 sedans. However, at the time, the recall was only limited to vehicles sold in states and territories that were described as "hot and humid" by the NHTSA, including Alabama, Arkansas, Florida, Georgia, Hawaii, Louisiana, Mississippi, North Carolina, Oklahoma, South Carolina, Tennessee, Texas, Puerto Rico, American Samoa, Guam, the Northern Mariana Islands, and the U.S. Virgin Islands, according to Consumer Reports.

RELATED: This Is the Deadliest Car in the U.S., According to Data.

Zachary Mack
Zach is a freelance writer specializing in beer, wine, food, spirits, and travel. He is based in Manhattan. Read more
Filed Under
News • Safety
Read This Next
Latest News
Read This Next