Some are convinced that satellites caught a glimpse of the fabled elusive creature.

Google Earth can be a convenient tool when planning a long drive or trying to get your sense of direction when exploring a new area. However, just like its street-level counterpart, the satellite image database can also catch some surprising or unexpected pictures when gathering data. Typically, this includes unique natural formations or mysteriously constructed art installations. But now, a group of internet sleuths is debating whether or not Google Earth has managed to snap a photo of Bigfoot from above. Read on to see why some believe they've finally found evidence of the elusive cryptid.

READ THIS NEXT: Rob Lowe Says He Had a Near-Death Experience With Bigfoot.

A group of online investigators believes Google Earth may have snapped a photo of Bigfoot.

Even though the debate over the existence of Sasquatch has long been a source of amusement, a recent snapshot taken from far above the earth's surface is adding new energy to the discussion. In a thread posted to a subreddit dedicated to the creature on Jan. 17, investigators are trying to determine whether or not Google Earth managed to shoot a photo of Bigfoot as it appears to be making its way through the Colorado wilderness. The picture in question was taken at the exact coordinates 38°16'24" N. 108°08'32" in the western part of the state, The Sacramento Bee reports.

The image appears to have captured a familiar silhouette of the elusive creature walking through a clearing, which investigators on the thread have calculated to be almost seven and a half feet tall. "Is it a bear? A puddle? A hiker without any gear?" user 33sushi posted in the image's caption. "Impossible to say for certain but the darker areas of the subject align with the shadows of other objects nearby," also pointing out that the shape doesn't appear on previous images taken of the area.

Some users are diving deep to determine whether or not the image is proof of the cryptid. 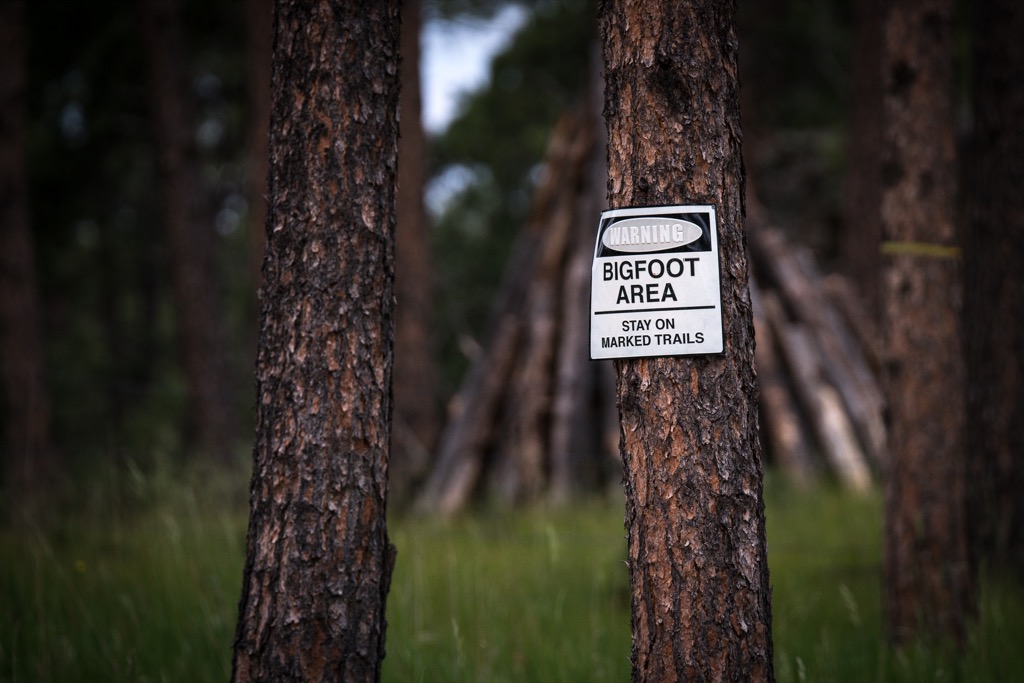 The image has led a group of online detectives to try and get to the bottom of what could possibly have created the curious shape. Some replies on the thread described previous experiences in the area shown in the photograph, with one who regularly camped there for 26 years saying that they occasionally felt spooked out. "There was one section on that loop hike that sometimes gave me the willies in a vague and undefinable way, and at least one other person I know said the same thing about that area," they wrote.

One user compared maps posted by Apple, Bing, Google, and the U.S. Geological Survey (USGS) to find that the area in question is a known marsh. Even though they admit the shape could be the beginnings of water collecting, they speculate that "it could very well be a large animal like a bear or maybe even Bigfoot. It's possible a large animal was captured as this would be easier terrain to cross and a possible source of water."

Others took a more humorous approach to discussing the image. "If Google caught Bigfoot on camera, they would just blur his face anyway," one joked.

"Can you imagine how [expletive] the other Sasquatches are? They go to all of this trouble to avoid cameras and this idiot gets caught on Google Earth. He is never going to hear the end of this," another replied. Others simply enjoyed the investigative opportunities the image provided. "Thanks for posting this, Bigfoot or not it's fun!" user Scooterdad wrote.

Some users poked holes in the theory that it's evidence of Bigfoot.

But even amid the good-natured fun of investigating the image, other users took their jobs collecting evidence seriously. "If you look at the nearby trees, they seem to have distinct shadows," user HonestCartographer21 noticed. "The object of focus doesn't seem to have one at all, despite being similarly sized to the trees, which leads me to think it's something flat on the ground."ae0fcc31ae342fd3a1346ebb1f342fcb

However, it wasn't until some group members compared their findings that they reached a soft consensus. "I found later photos (shadows are different, sun farther south/lower) and this is a ground anomaly," user Northwest_Radio wrote. "Water likely. Maybe the start of a lake. If that is the case, it should be named Skookum Lake," referencing a Chinook Jargon phrase often associated with Bigfoot.

This isn't the first time Google Earth has picked up suspicious images.

Of course, this wouldn't be the first time that Google's cameras have picked up something strange or unusual. The popular TikTok account googlemapsfun has amassed over 9.5 million followers by highlighting some of the oddities users have noticed over the years—including potential cryptids.

In one video posted in March 2022, another alleged piece of Bigfoot evidence was picked up by a roving Google Street View car driving through a wooded area in Russia. However, commenters on the video speculate that the image is likely a decoration or a costumed resident who knew that the drive-by was happening.

And in another Google Earth image examined in the video, the account points out what appears to be a snake skeleton that is "30 meters long" lying on a beach in France. But while the sight may be shocking out of context, it's actually a large aluminum sculpture known as the Serpent d'océan placed near the mouth of the Loire River, The U.S. Sun reports.