It's time to lay these "facts" to rest.

There are some bits of information you pick up along the way in life that are easily accepted as fact. In many cases, they're so seemingly insignificant, it seems wild that anyone would make them up. Unfortunately, if you get enough people hearing and repeating the same piece of misinformation, it's bound to go from idle gossip to indisputable fact in some of their minds. But it's time to set the record straight.

Have a look at these supposed facts that actually aren't true and find out just how far astray you've been led by friends, family, and teachers over the course of your life. And for some amazing—and accurate—information about the world around you, check out these 100 Awesome Facts About Everything!

The beta-carotene in carrots can convert to vitamin A, which can improve your vision. However, once your body has enough beta-carotene, it no longer makes that conversion, according to Scientific American. An apple a day might keep the doctor away, but no amount of carrots is going to prevent your eyesight from worsening.

2
Toads give you warts.

Toads might have a bumpy, wart-like appearance, but that doesn't mean that they're the culprit behind warts. That dubious distinction goes to the human papillomavirus, or HPV, of which there are more than 170 strains. And you'll have to do more than avoid amphibians if you want a nice complexion: Here are the 30 Best Ways to Have Your Best Skin.

3
Going Out With Wet Hair Makes You Sick

Pretty much everyone has heard the myth that going outside with wet hair can make you sick, but it's simply not true. On the contrary, both the common cold and the flu are caused by viruses, not by a damp 'do. And if you want to avoid getting sick, take up these 20 Habits That Slash Your Flu Risk.

4
You only use 10 percent of your brain.

Sorry parents, but when you're kids are running around like lunatics at a birthday party, that's because they're excited, not because they're high off of cupcakes and candy. However, just because this is a myth doesn't mean that sugar is good for you. Consuming the substance is still linked to obesity, diabetes, and cavities, just to name a few of the not-so-fun side effects of an unhealthy diet. Need help reducing your own intake of the sweet stuff? This Is the Safest Way to Cut Sugar Out of Your Diet.

Good news, coffee lovers! Though consumption of caffeine has been linked to calcium loss, it's not nearly enough to affect your bones. So keep on chugging your cuppa and don't worry about stunting your growth. And for more reasons not to fear coffee, here are 75 Amazing Benefits of Coffee.

7
Swimming after eating will give you major cramps.

Don't worry about going for a dip right after a big lunch. Though our parents used to warn us about the perils of jumping in the pool on a full stomach, there are no known incidents of a person cramping up and drowning all because they swam right after eating. As Mark Messick, MD, a family medicine doctor at Duke Primary Care Timberlyne, explained to Duke Health, while the body needs to divert some blood flow from the limbs to aid in digestion, it's not enough to cause a serious cramp or prevent you from swimming.

That Napoleon Bonaparte was only 5'2" is both true and false. According to Ripley's Believe It or Not, the military leader was measured in French inches, which were longer than English inches. As a result, though Bonaparte is put at five-foot-two, he was actually closer to five feet and seven inches. And for more historical trivia, check out these 25 Basic American History Questions Most Americans Get Wrong.

Even heavy drinkers don't have to worry about killing their brain cells. As Scientific American explains, alcohol cannot kill brain cells, but it does have the ability to damage dendrites and make it increasingly difficult for the neurons to communicate.

10
You can only get cancer if someone in your family has had it.

Though many people think that they can't get cancer because it doesn't run in their family, that simply isn't the case. On the contrary, according to Cancer.Net, only 5 to 10 percent of all cancers are passed down hereditarily; the remainder of cancer cases are the result of "genetic changes that occur throughout a person's lifetime." And if you're worried about getting the big C, then make sure to avoid these 20 Surprising Habits That Increase Your Cancer Risk.

You can go ahead and shave your hair without worrying about it thickening. According to the Mayo Clinic, the only thing that shaving can do is give hair a blunt tip, which can make it feel coarse or stubbly.

Not only are bats not blind, but Rob Mies, executive director of the Organization for Bat Conservation, even notes that some of the bigger species "can see three times better than humans." It is simply a common misconception that bats are blind since the creatures prefer to use their enhanced hearing via echolocation to get around.

Einstein was actually—obviously—really good at math. He did fail a college entrance exam for a polytechnic school in Zurich, but funnily enough, the one part of the test that he passed was the math section.

15
The Great Wall of China is visible from space.

No, the Great Wall of China is not visible from space. NASA disproved this common myth when, back in 2004, they took a photo from the International Space Station and concluded that the wall is invisible "to the unaided eye in low Earth orbit."

16
Your Tongue Has Different Taste Regions

According to the University of Florida Center for Smell and Taste, "the ability to taste sweet, salty, sour, and bitter isn't sectioned off to different parts of the tongue." Rather, the various receptors that can sense all of the different tastes are dispersed all over the tongue, making this common myth a fallacy.

According to Live Science, toilets flush the same direction in Australia as they do in Austria. The only thing that changes the direction is the shape of the toilet and the angle the water enters it. 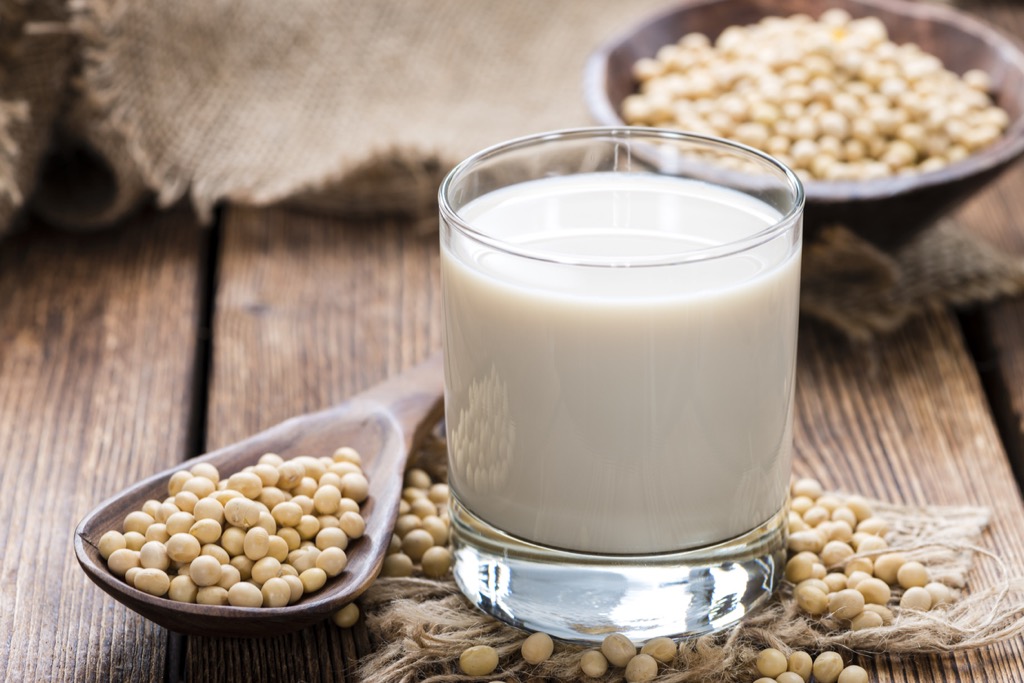 If you're sick, milk might make your phlegm seem thicker, but it isn't kicking your body into mucus-making overdrive.

Don't worry about cracking your knuckles every once in a while. One 2011 analysis published in the Journal of the American Board of Family Medicine found that cracking knuckles did not cause arthritis, so keep calm and carry on!

21
Everyone Died Young in the Middle Ages

The average life expectancy in the Middle Ages is skewed young because there was so much infant mortality. If a person lived to adulthood, it wasn't uncommon to live to be anywhere from 60 to 80 years old.

If a child ate five or so leaves, they might throw up, but they wouldn't die. Holly berries, on the other hand, are toxic.

23
Alcohol Warms You Up 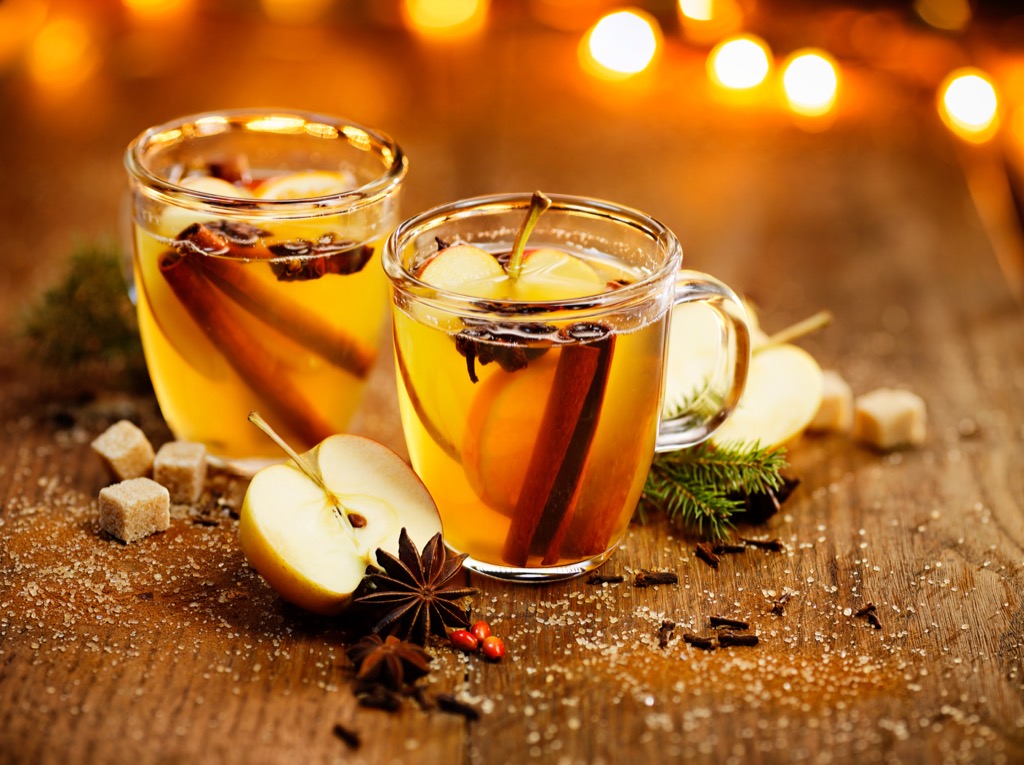 Alcohol might make you feel warm, but it slows down your circulation and actually makes you colder.

Scientists have known for over a century that sharks get cancer. This is just a myth spread to promote sales of shark cartilage.

Many organisms that cause disease can only live on a toilet seat for a very short time, and unless you're doing something pretty weird in the bathroom, odds are your bodily fluids aren't actually coming in contact with the top of the seat. In fact, research suggests that your average cell phone has about 10 times the amount of bacteria as you'll find on a toilet seat. The mild dehydrating effect of caffeine is offset by the amount of water in a cup of coffee.

Gum actually isn't digestible at all, same as the fiber in popcorn kernels. Like that fiber, it passes through your body without being digested.

28
Frightened Ostriches Stick Their Heads in the Ground 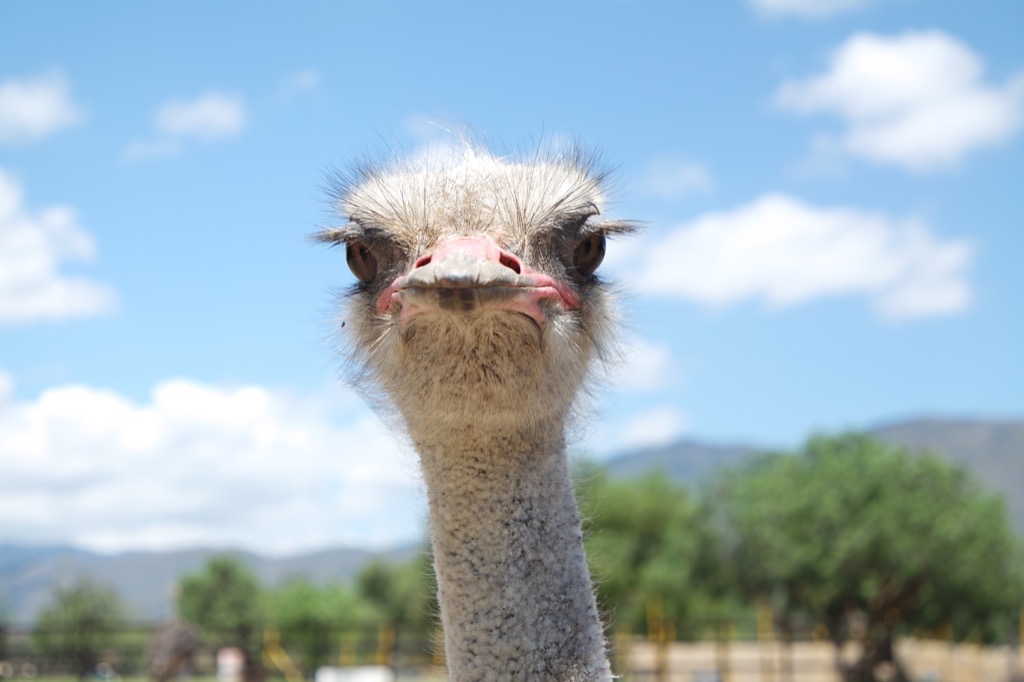 Ostriches keep their eggs in holes in the sand instead of nests, and they use their beaks to move them around, but they don't try to hide by sticking their heads in the sand. 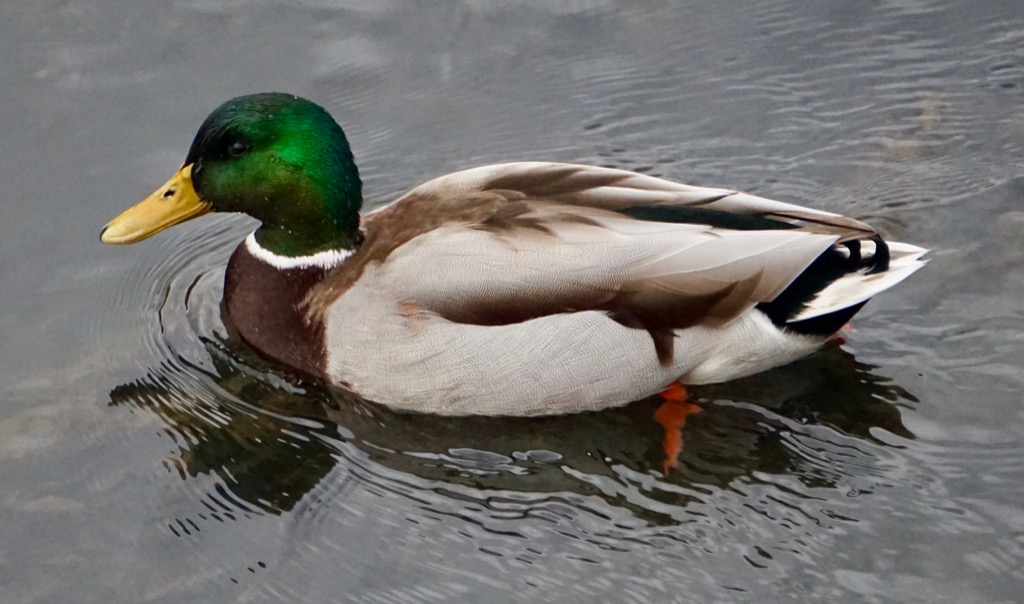 The quacking of a duck is the same as any other sound. It echoes, although it may do so quietly, since a single duck quacking isn't particularly loud.

30
Mount Everest Is the Tallest Mountain

Mount Everest is the tallest mountain above sea level, but the tallest mountain from base to peak is actually Mauna Kea in Hawaii, which is nearly a mile taller than Everest when you factor in the 19,700 feet of it that exist in the Pacific Ocean. Have these facts got you feeling like you don't know what's what? Here are 40 Facts You Learned in the 20th Century That Are Totally Bogus Today.