The old adage holds true: actions do speak louder than words. When you're meeting someone for the first time, it's not what you say but how you act that matters most. There's a bulk of cumulative research to suggest that body language cues—like where you put your hands, or how long you hold eye contact—speak volumes about who you are and what people think of you. So, it might help to learn the pitfalls.

Herein, we've rounded up the most major body language goofs most people make on the daily, an expert-curated compendium of silent, subconscious ticks to avoid at all costs. If you're ready to ditch the bad habits and charm the socks off everyone you meet, start here.

1
You raise your chin 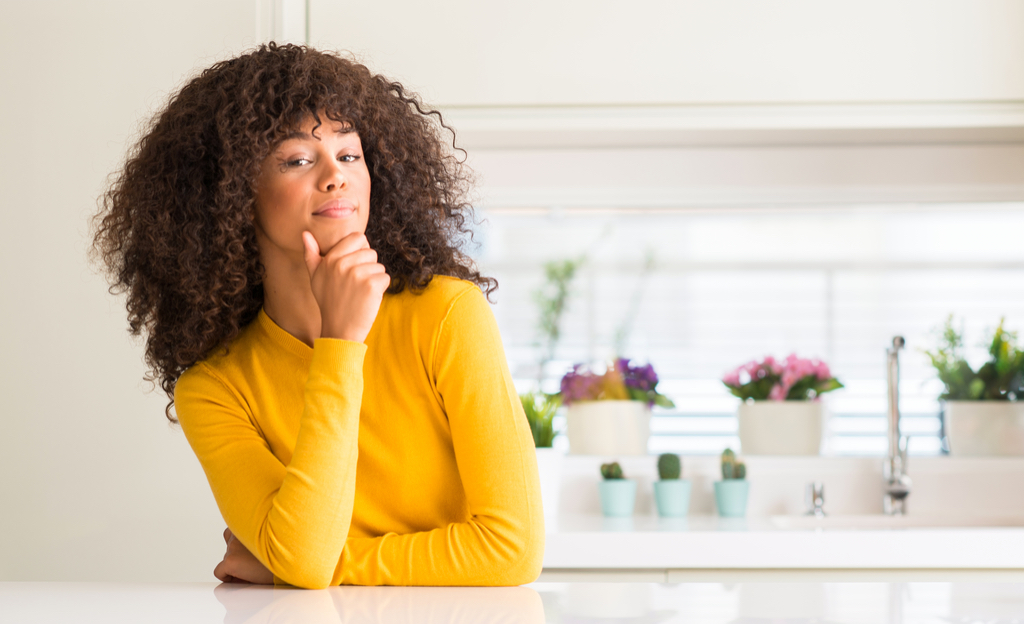 One of the biggest mistakes you can make during a first encounter is raising your chin higher than it would be in a normal conversation. According to Janine Driver, president of the Body Language Institute, a raised chin implies a certain smugness that can make others think that you're full of yourself—even if you aren't. Take Hillary Clinton in the second general election debate of 2016, for instance. When faced with criticism by Donald Trump, she laughed and raised her chin, which Driver says made it appear as though she thought that she was superior to him. Don't make Clinton's mistake in your encounters.

According to Forbes, a weak handshake only communicates, well, weakness. To make sure your handshake impresses everyone you meet, ensure that your body is facing toward the person whose hand you're shaking, and avoid making the embrace too firm by placing your hand over the other person's hand to give yourself more control over the encounter. This extra hand also emotes friendliness, which is not a bad defining characteristic to a first impression.

Whether it's a rather stressful first meeting with a potential employer or first date, or even if you're simply just uncomfortable around new people, you'll find that more of your first impressions are successful when you train yourself to remain calm and composed, says entrepreneur Andrew Thomas. Constant fidgeting communicates to the other person that you're either afraid or impatient—two things that will, in fact, leave a bad first impression.ae0fcc31ae342fd3a1346ebb1f342fcb 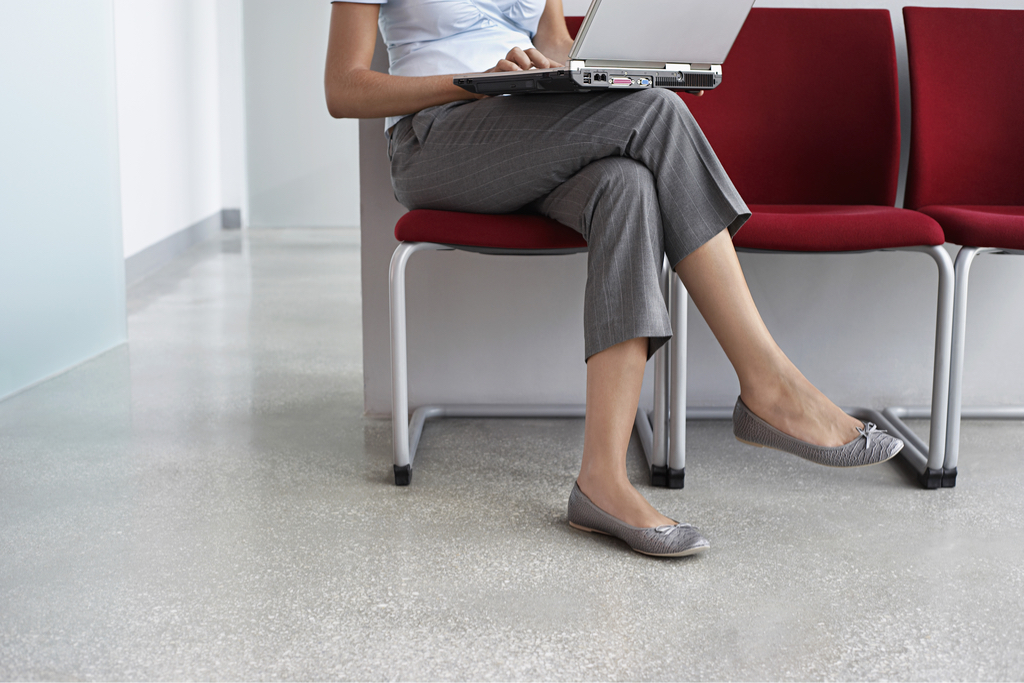 Similar to crossing your arms, crossing your legs can be mean that you are hesitant to put yourself out there—and even shy, according to Minda Zetlin, author of The Geek Gap. Keeping your legs uncrossed is your safest bet if you want to be seen as confident and comfortable. More than anything, again, keeping your arms and legs uncrossed tells the other person that you're open to communicating with them and not at all guarded.

Unless you're on a first date, you should do your best not to invade the other people's territory, as that will only make them uncomfortable at your lack of boundaries. (And even on a first date, only get close when it's crystal clear it's okay.) In fact, according to reporting in Real Simple, these lack of boundaries may even communicate that you're desperate for new friends or that you may feel the need to push the boundaries even further in the future. In short: don't creep out your future friend or boss or employee—or whomever! 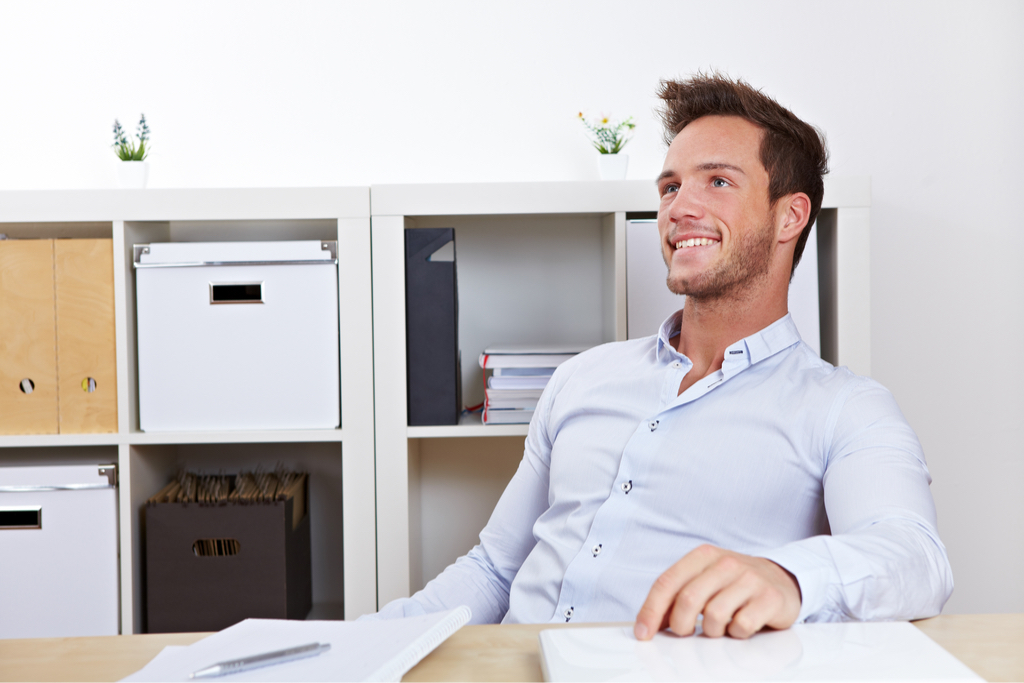 Leaning back in your chair is such a negative form of body language that many experts suggest ending meetings early if they spot most of the team doing this. When you lean back in your chair during any form of interaction, it shows that you're completely bored. Evan Thompson, the founder of Evan Thompson & Associates, a leading communications firm, suggests sitting up straight and leaning slightly forward to show your continued interest in the subject at hand—even if it's a faked interest.

When you're standing around talking to somebody with free hands, it might feel instinctual to stash them out of your pockets. Similar to fidgeting, we want to give our extremities a constant purpose, even if it's a distracting one. According to Anita Barbee, a professor of social work at University of Louisville, Kentucky, shoving your hands in your pockets may make others feel as though you're trying to hide something or that you're secretive. So, if you feel as though you have nothing to hide, keep your hands out of your pockets and let them naturally hang by your sides.

When you first meet someone, a smile, accompanied by a friendly handshake, seems to be the norm, correct? There's a reason why we smile when we meet someone new—it lets the other person know that we're genuinely pleased to meet them. In fact, according to e-commerce entrepreneur Tom Popomaronis, a smile triggers mirror neurons in the other person's brain that makes them want to mimic the smiler's actions and smile as well. 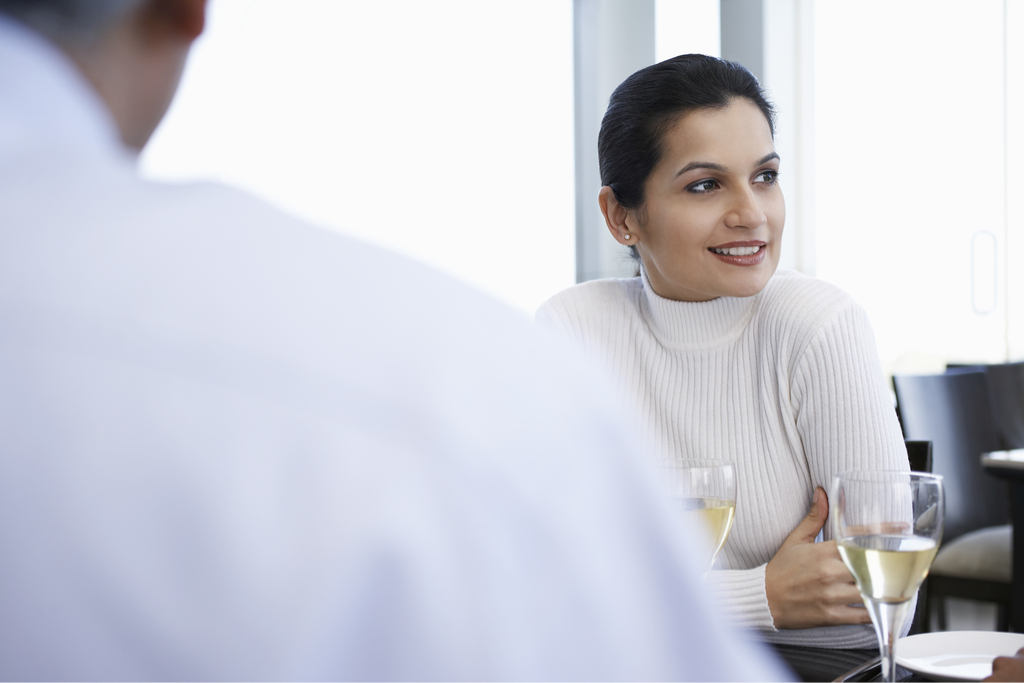 If you're constantly avoiding eye contact during an interaction, it can make the other person feel as though you're either uninterested in the conversation or, worse, that you have something to hide. As revealed in a Wall Street Journal report, maintaining eye contact is important because it lets the other person know that we are intently listening to what they're saying instead of just looking down at our feet and spacing out. As a rule of thumb, we should spend 50 percent of the time making eye contact when we're the ones speaking, and 70 percent of the time making eye contact when they are the ones doing the talking.

When you slouch during a meeting or interaction with someone else, it communicates that you lack confidence or any interest in the discussion. According to Zeena Dhalla, a certified posture specialist, sitting up straight and avoiding the dreaded slouch position will let others know that you're not lazy and are intently paying attention to whatever they are saying.

12
Playing with your hair

Overall, this move is just incredibly distracting to the other person. Not only does this damage your hair over time, it can also damage how the people perceive you, says body language expert Tonya Reiman. Not only is it distracting, but it can show off your insecurity or nervousness that only puts a strain on the meeting. 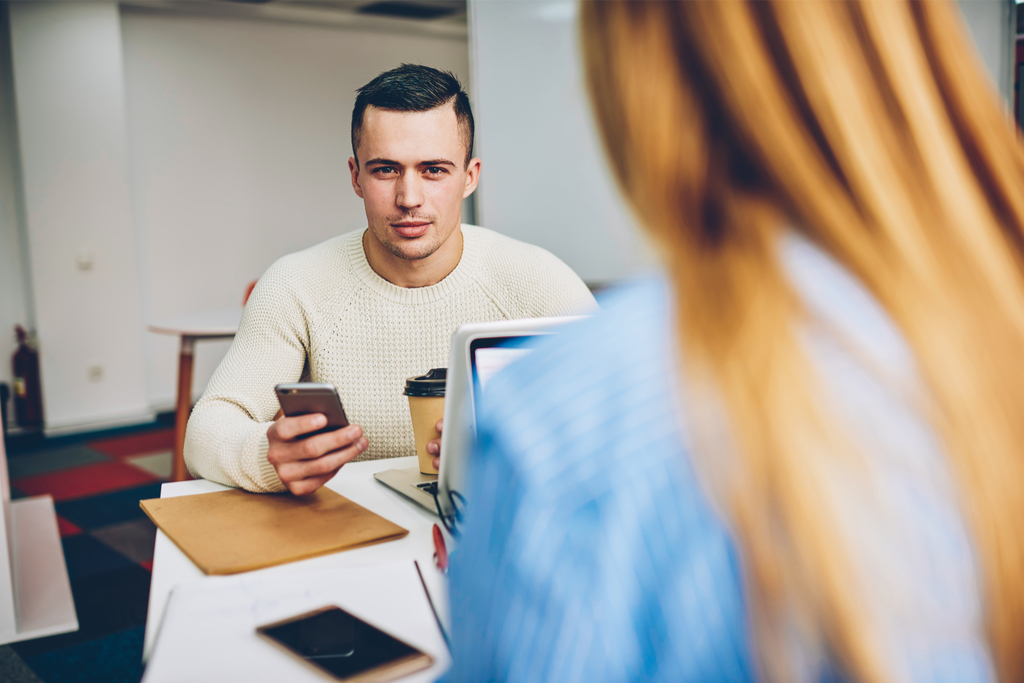 Everyone knows by now that constantly glancing at your phone or watch during any kind of interaction, whether or not it's with someone you've already met, is tacky and disrespectful. Don't suffer a bad first impression just because you wanted to check and see if you have any new likes on your latest Instagram post. By checking your phone, according to research out of Niigata University, you're telling the other people in the room that you'd rather be talking to the person on the screen. Whether or not that's actually true, it's best to keep your phone at an arm's length—or better yet, in your pocket—if you want to retain the trust of those you're meeting with. 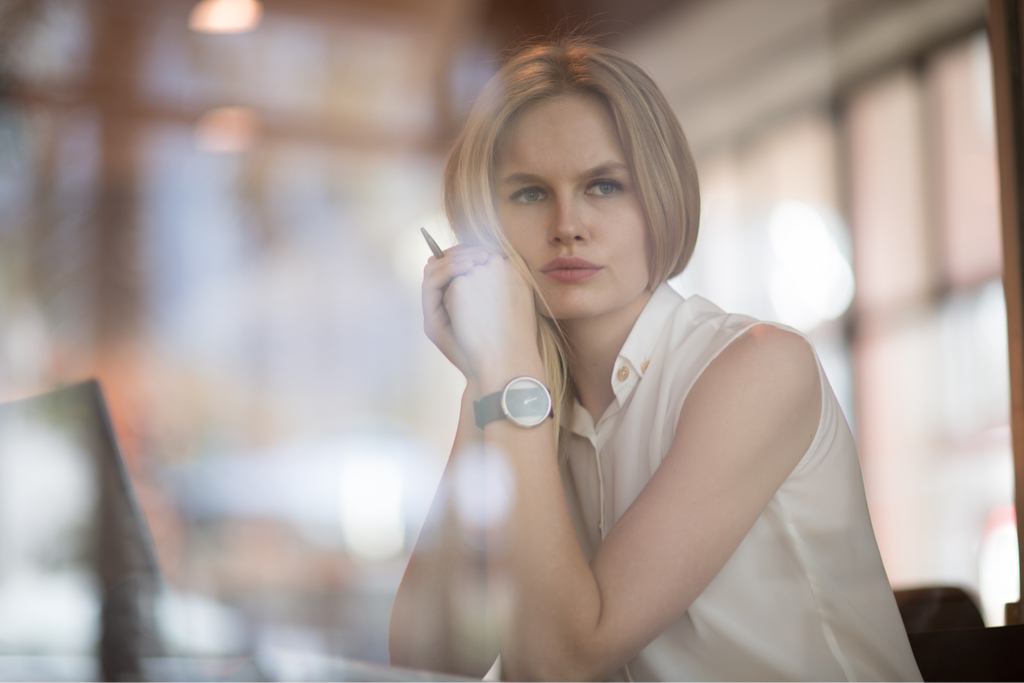 If you appear to be looking out of the window more than interacting with the other people in the room than you're most likely communicating that you'd rather be somewhere else. While we all know that appearing distracted (or being distracted) makes it look like we're indifferent to the conversation, we're still guilty of allowing our short attention spans wonder without any control. There's nothing more irritating than attempting to engage in an interaction with a distracted person—and we wholeheartedly agree. So, reel in your wondering thoughts and focus in on the conversation at hand—we promise that you won't regret it. 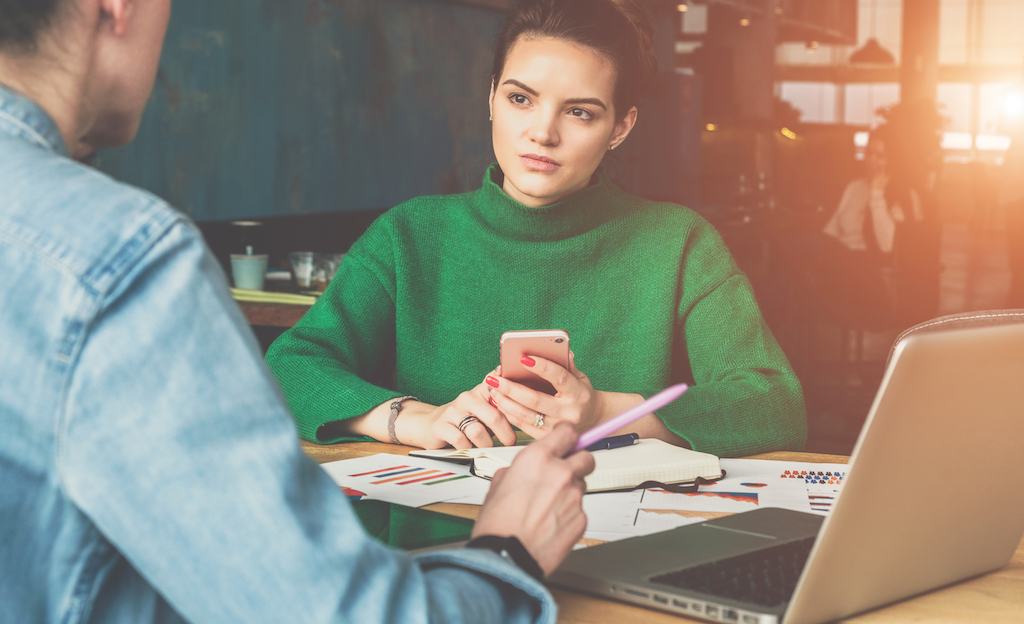 Remaining too still is not only incredibly off-putting but can also make your fellow conversationalist feel as though you aren't interested in what they have to say. According to Dr. Jeff Thompson, a professor of crisis negotiation, trying to mimic the other person's movements can put your partner better at ease. Though, be careful not to copy everything that they do, as that's entirely too creepy.

Perhaps even worse than not initiating any eye contact is initiating too much of it. When you're intently staring into the other person's eyes for too long, it can come off as aggressive, rightfully making others feel incredibly uncomfortable, says Sharon Sayler, author of What Your Body Says (And How to Master the Message). The sweet spot is between 7 and 10 seconds, one-on-one, and 3 to 5 seconds, in a group.

According to body language expert Robert Phipps, putting your hands on your face doesn't make others believe that you're being particularly thoughtful—it communicates that you're trying to hide from the interaction. Further, when you touch your face, you're self-comforting—those nerve endings in your face relax upon the touch of your hand. If you want to appear more assertive and confident, keep your hands as far away from your face as possible.

Ashley Moor
Ashley hails from Dayton, Ohio, and has more than six years of experience in print and digital media. Read more
Filed Under
Dating • Language
Read This Next
Latest News
Read This Next