Body language is an immensely important part of communication. In fact, it is generally accepted that body language is possibly more important in communicating than what you actually say, with studies showing that your actions account for 55 percent of what you communicate (versus your words, which only account for 7). And seeing as actions seem to speak louder than words, we've compiled some body language tricks that will help you ace your next job interview, nail your next presentation, and score that second date. 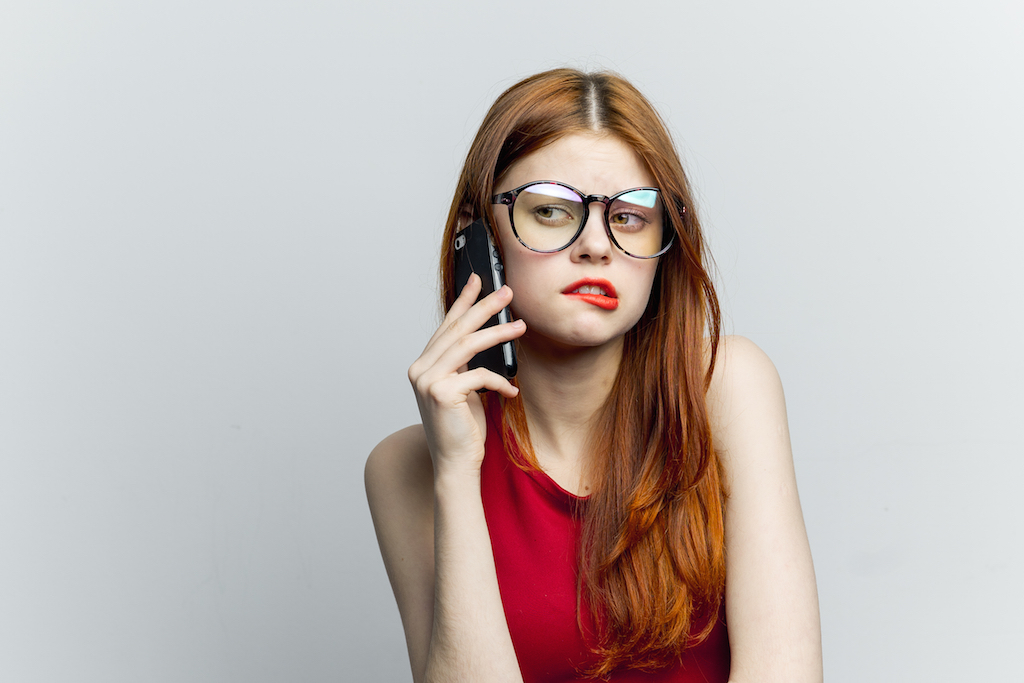 Many people, when they're nervous, have a bad habit of sucking in their lips until they're no longer visible. However, as body language expert Janine Driver explained in the Huffington Post, this action "says [that] you're holding something back," and it should be avoided during important conversations.

2
Use your hands while you talk.

The region of the brain important for speech is active during talking as well as gesturing, and so body language expert Carol Kinsey Goman has found that when her clients combine the two actions, "their verbal content improves, their speech is less hesitant, and their use of fillers decreases."

3
Don't hide behind your hands.

It's normal to be nervous during a first date or a job interview, but don't let your body language give that away. And as Dr. Nick Morgan, author of Power Cues: The Subtle Science of Leading Groups, Persuading Others, and Maximizing Your Personal Impact, explained to Business Insider, one of the worst things to do while talking to someone is put your hands in front of your face, as this is indicate of "nervousness, self-consciousness, [and] introversion in general."

4
Cross your arms—but only if among friends.

Another one of Driver's body language tricks is to utilize the arm cross to "help you figure out a problem." Since the pose works both sides of the body, it activates both sides of the brain and recruits them in the problem-solving process. However, the body language expert does caution not to use this pose in all cases—when meeting someone new, it does come off as "standoffish."

5
Keep the palms of your hands open. 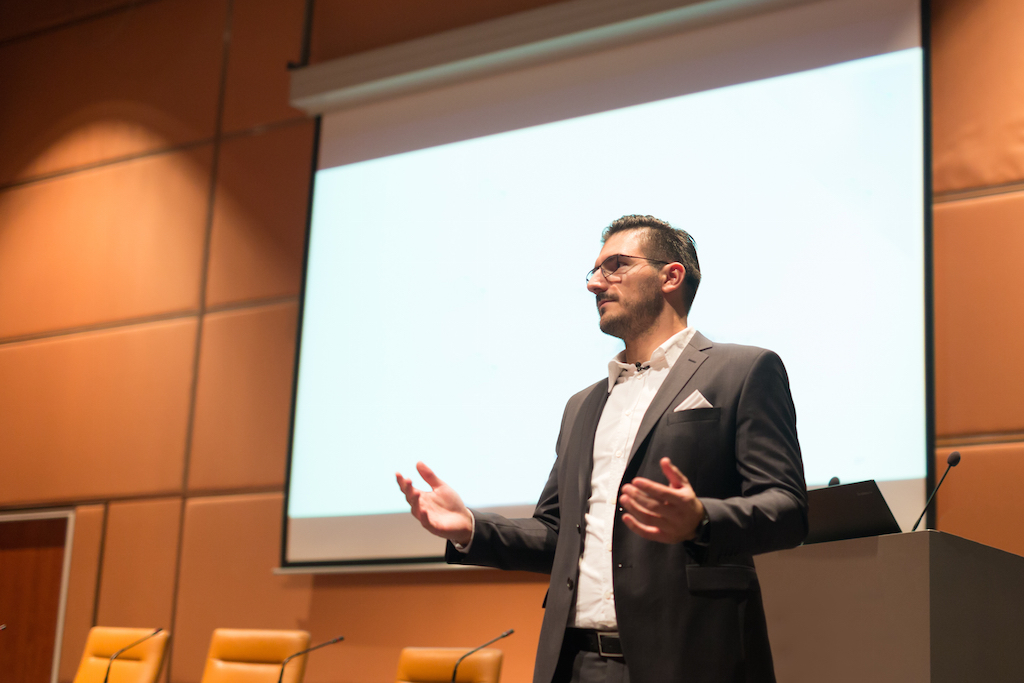 According to former professional poker player and conversation optimization consultant Nicolas Fradet, keeping your palms open while talking "communicates acceptance, openness, and trustworthiness." Whether you're giving a presentation in front of colleagues or trying to make amends with a close friend, this gesture is a great way to emphasize that you're being genuine. (Just think about how often the Pope keeps his palms open when he speaks!)

6
Nod and tilt your head during conversations.

When someone else is talking, you want your body language to communicate that you are listening attentively with your complete and undivided attention. And according to Goman, one way to do this during a conversation is by "leaning forward, nodding, and tilting your head"—sans cellphone, of course. It's simple, yet effective!

7
Take up space and don't apologize for it. 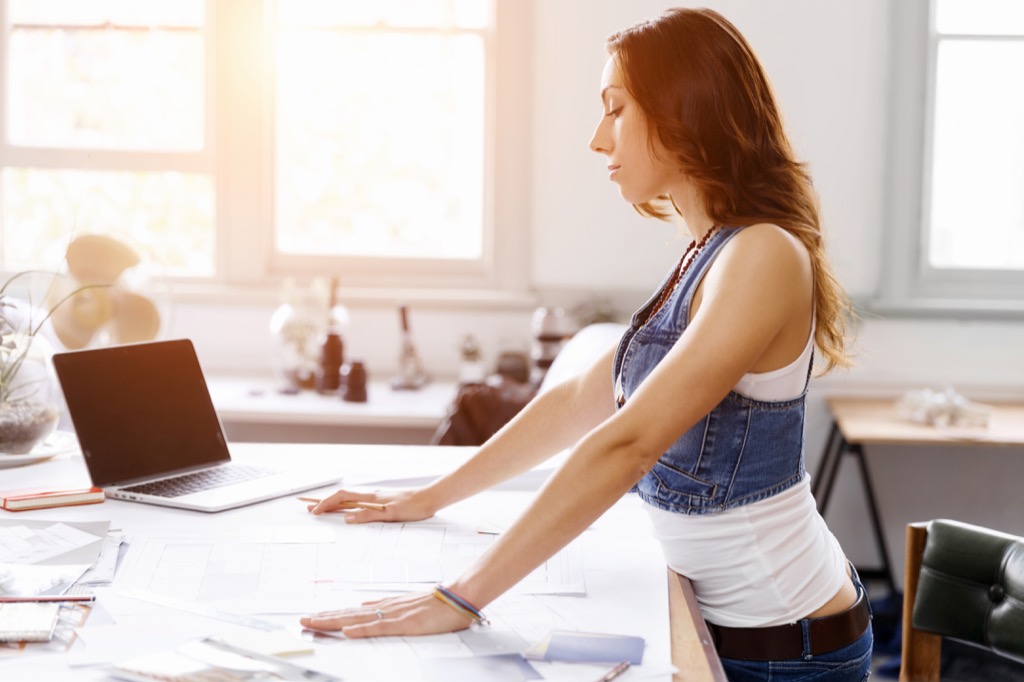 Be loud and proud about taking up space wherever you go. By claiming an area of space with an air of confidence—whether it be on the subway or in the office—you're sending a signal to those around you that you are exactly where you're supposed to be.

Whenever you're having an important conversation, always be conscious of where your hands are—and if you want to make a good impression, make sure they never end up in your pockets. "Hiding your hands, regardless of the reason, makes people wonder if you have something to hide," spiritual counselor Davida Rappaport explained to Bustle.

9
Plant your feet firmly on the ground. 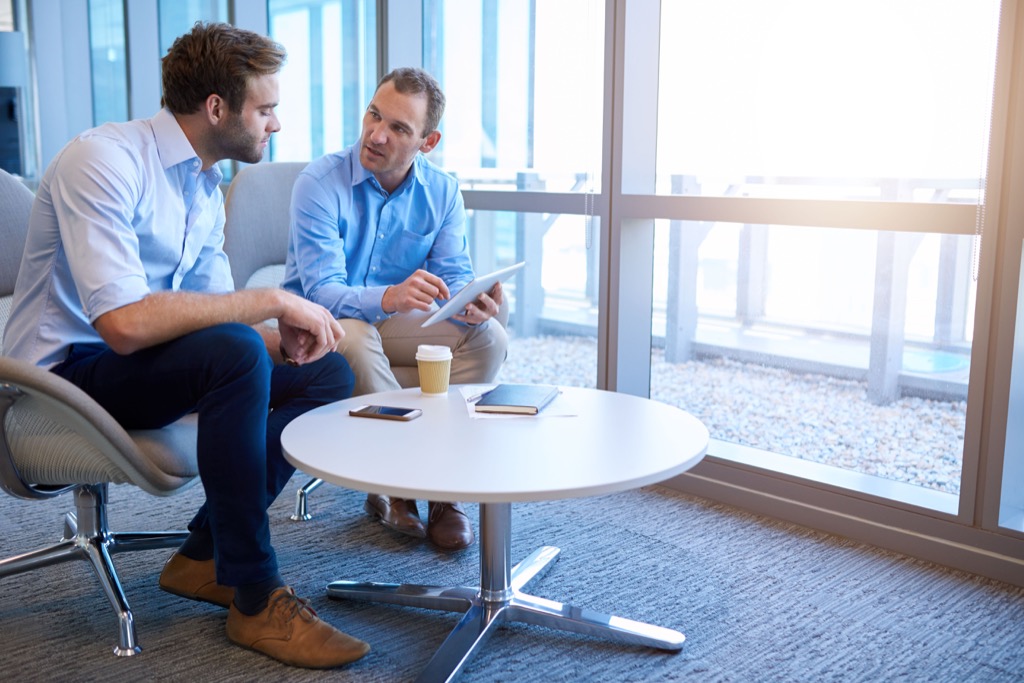 While standing with your feet too close together gives off the appearance of being shy, keeping your feet about a foot apart facing outward signals confidence. As body language expert Lillian Glass explained to Business Insider: "A confident person literally has two feet firmly planted on the ground. You're more balanced physically, and it shows more confidence than if your legs are crossed or together."

When having a conversation, never hold your coffee cup—or any other physical barrier—in front of your face. Generally speaking, people who use physical objects to cover their faces tend to be viewed as more insecure, so it's always better to hold objects at the waist level. 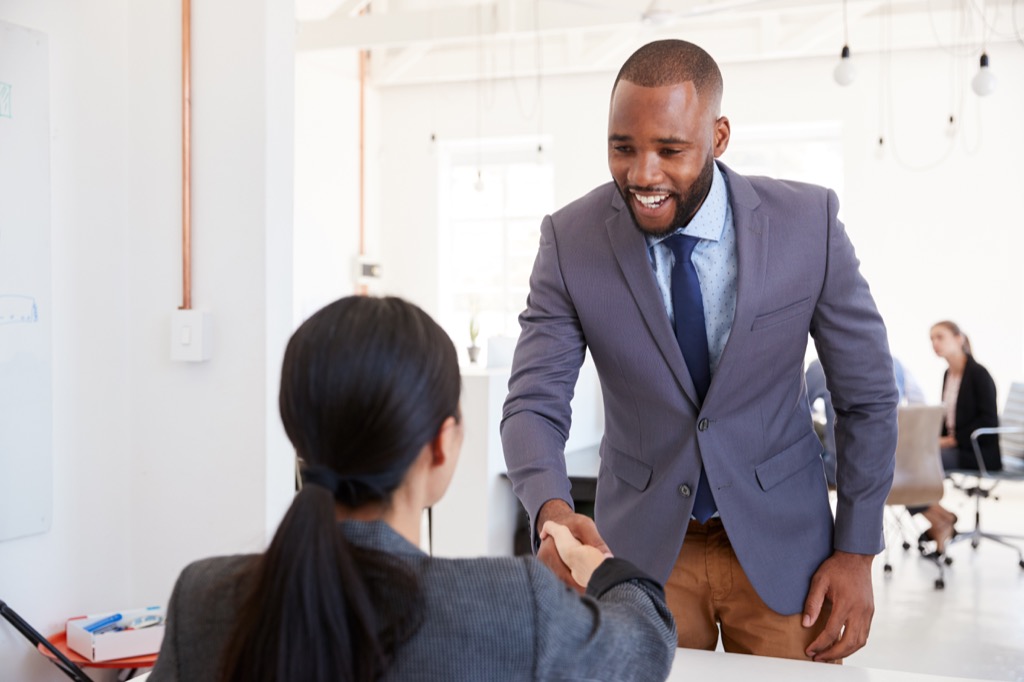 In every type of social situation, proper eye contact is an essential part of communicating confidence and trust. In fact, one study published in the journal Personality and Individual Differences found that people who turn their face during conversation tend to be viewed as shy, anxious, and less sincere, whereas another review published in Image and Vision Computing concluded that people who maintain eye contact are seen as more dominant and extroverted.

Don't glance down at your watch or up at the clock during conversation. People take notice of this small but not-so-subtle gesture, which signals that you feel like you have better, more important things to do than talk to them. 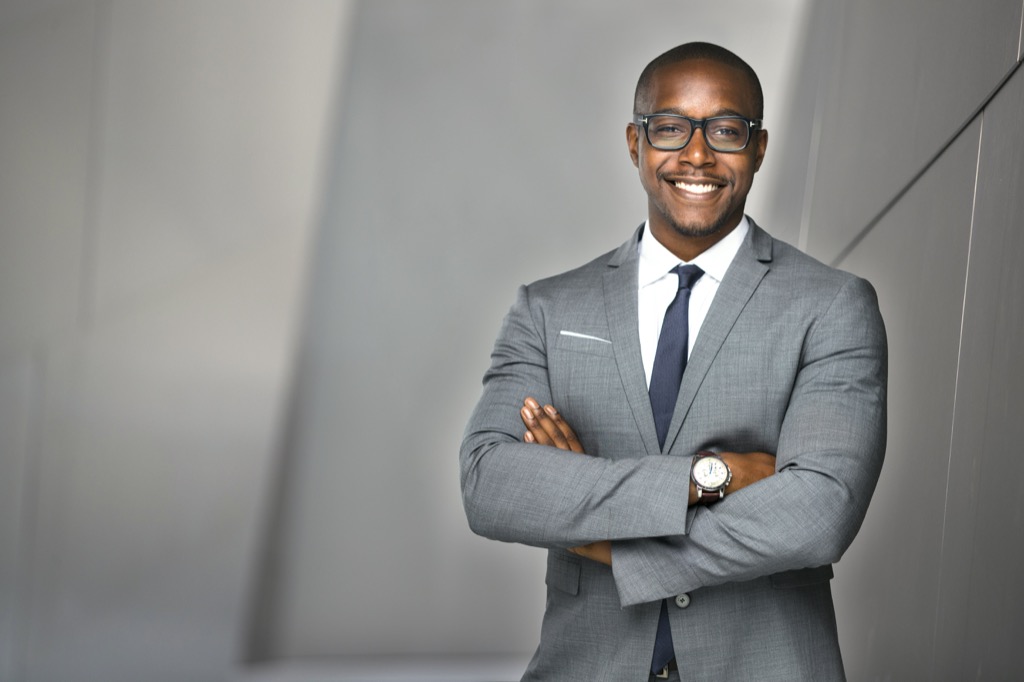 "Posture not only exudes confidence and says that you are present, but it reinforces your own connection to yourself," Erica Hornthal, a dance movement therapist and clinical counselor, explained to Bustle. "With your chin slightly lifted, your shoulders down, and your chest open, you exude confidence and positive self-esteem to yourself and to the people you come in contact with." 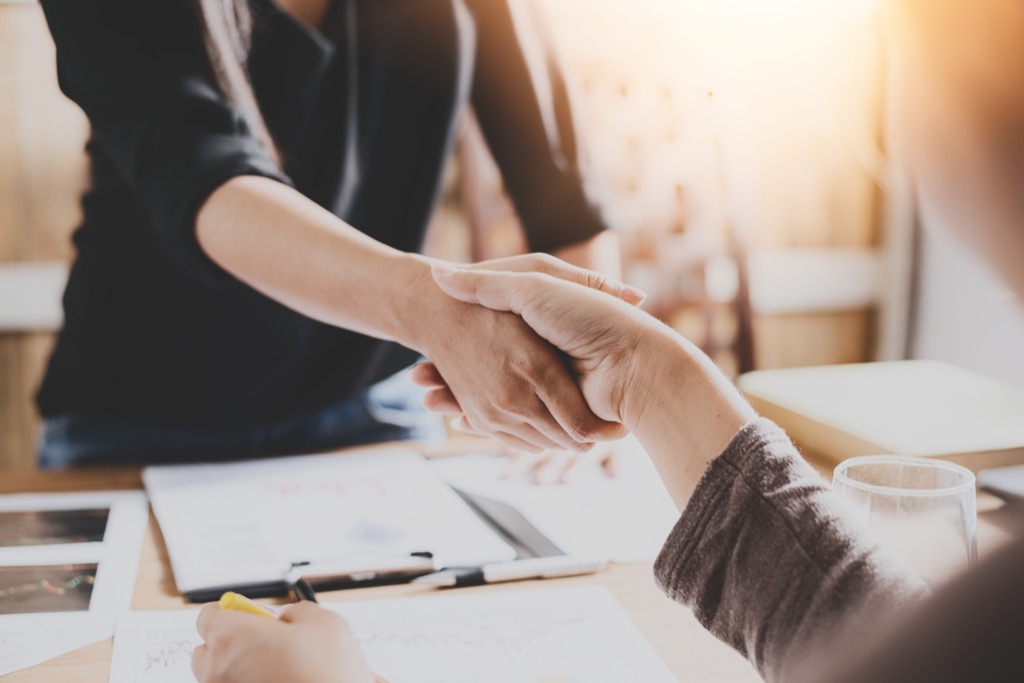 Yes, vocal habits, according to etiquette experts, fall under the purview of body language. (Your voice is part of your body, after all.) Unless you're actually asking a question, avoid the dreaded "uptalk," or pronouncing statements with the intonation of a question. According to one survey conducted by Quantified Communications, unnecessarily raising your voice when uttering a statement can make you come off as uncomfortable, and survey respondents listed this quirk as one of their most common irritants.

16
Keep your voice strong and smooth.

According to the same Quantified Communications analysis of 120 speeches, people associated "normal" voices—that is to say, voices that are strong and smooth-sounding—with positive characteristics like success, intelligence, and sociability. As a general rule of thumb, you should aim to keep your voice low and loud, so that all of your words are properly enunciated with authority. 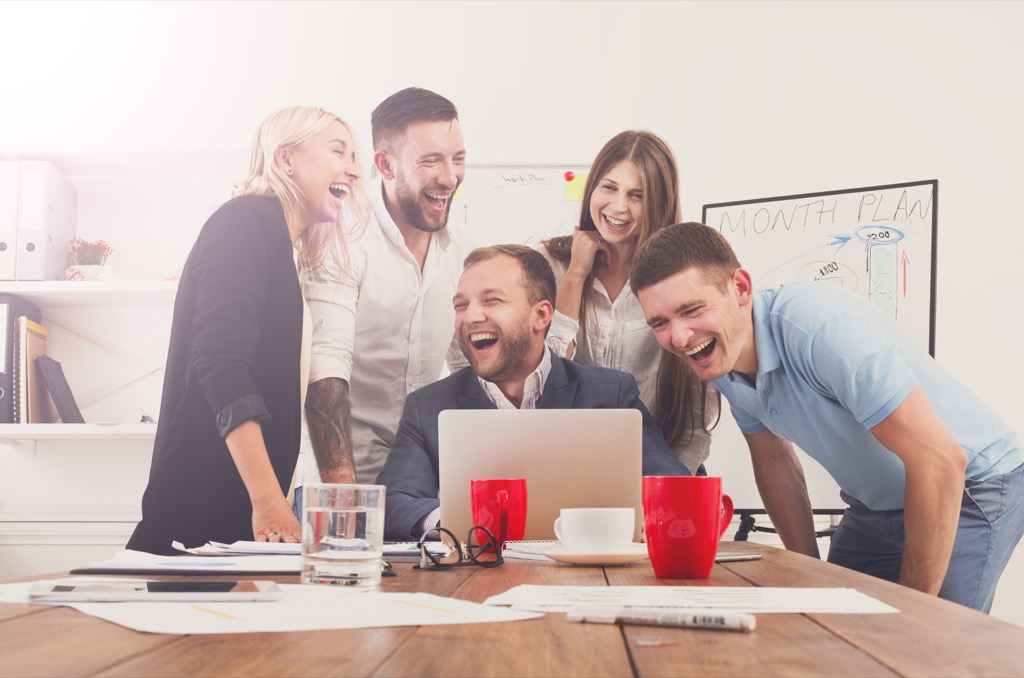 Your audience is only going to be as energized as you are, so it's important to "use inflection and enthusiasm in your speech," Glass said to CNBC. "Don't be boring or monotone. Show life and motion when you communicate. React when appropriate."

Whether you're in a job interview or on a first date, there's no reason to wait for the other person to reach out for a handshake. On the contrary, being the person to initiate the handshake makes you come off as confident, both in yourself and in the situation that lies ahead.

19
Exude confidence with the hand steeple. 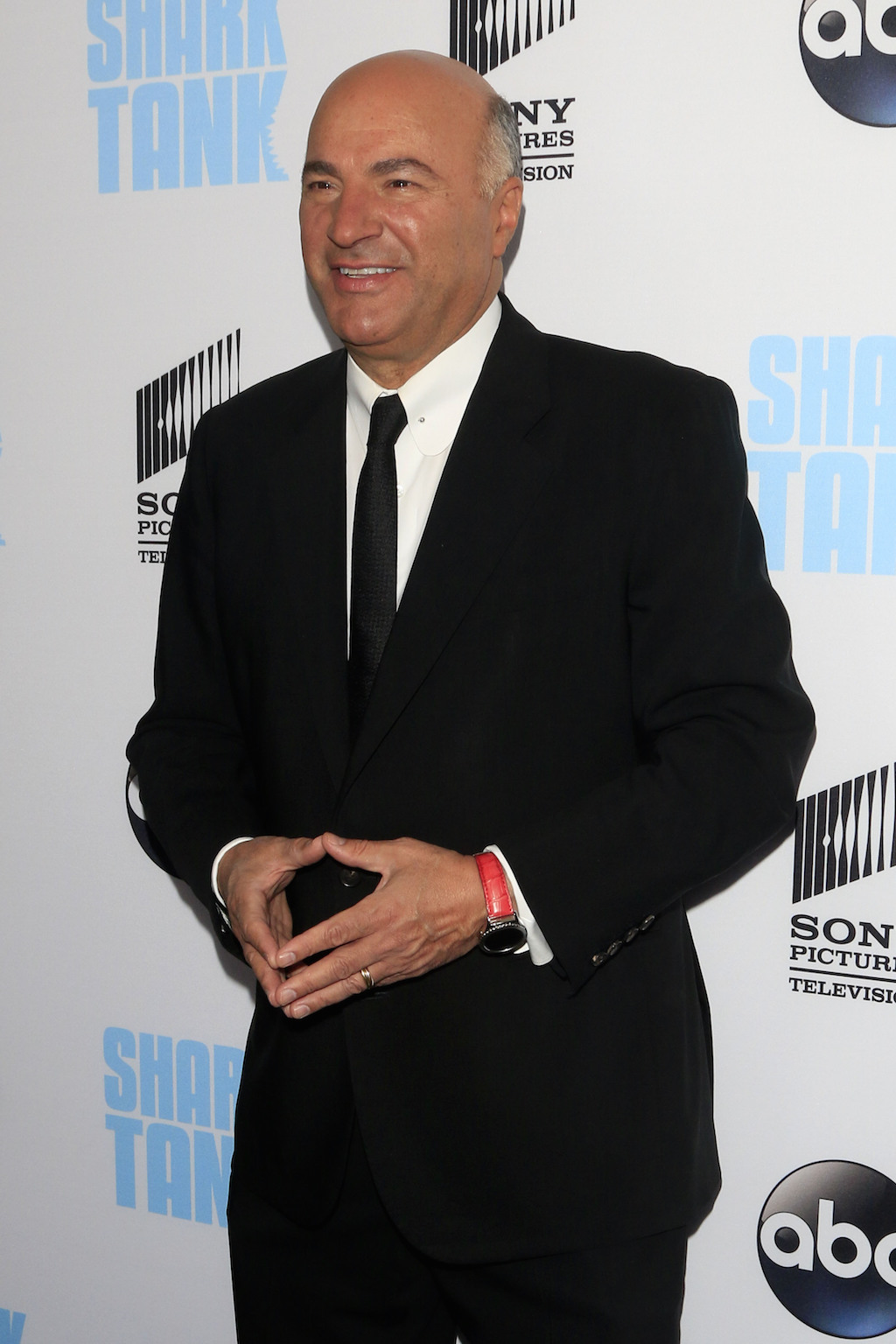 What do Donald Trump, Kevin O'Leary, and George Soros have in common? Aside from all being billionaires, all three men are also constantly pictured with their hands steepled, or with their fingers spread and pressed together almost as if in prayer. This gesture is an indication of confidence—and even if you don't feel all that self-assured, the hand steeple will at least make it look like you do. And for info on how Trump uses his hands incorrectly, here are The 5 Handshake Rules That He Breaks Every Time.

Playing with your hair in times of nervousness is a bad habit that's hard to break, but it's in your best interest to do so. Not only is the action a distraction both for you and the person whom you're talking to, but it can also slowly damage your hair over time. 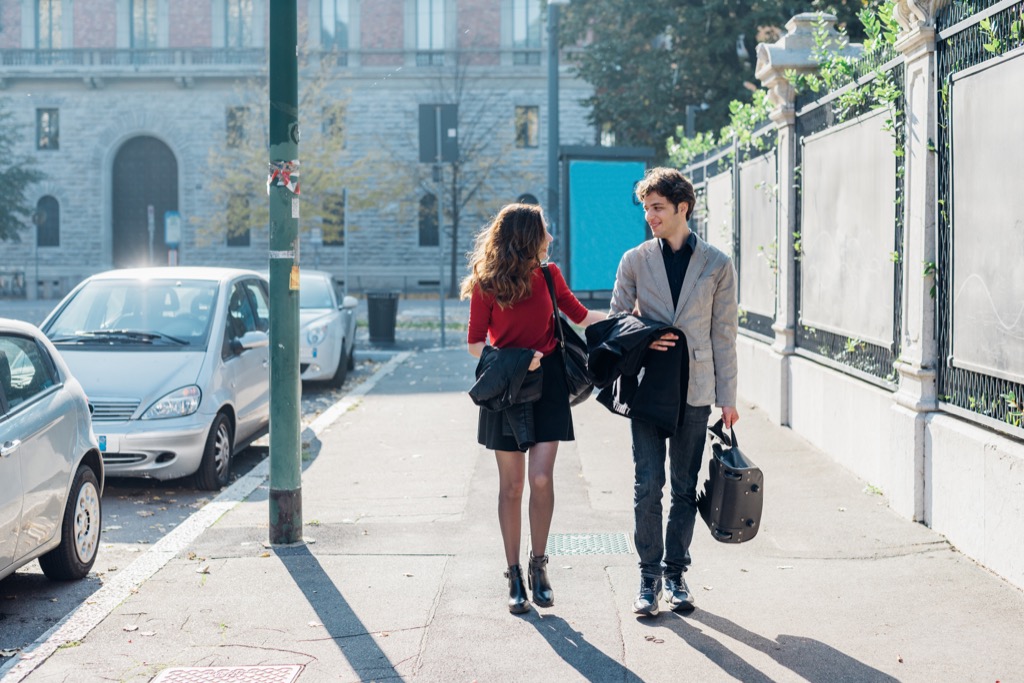 If you want to walk the walk—the walk of a leader, that is—then you need to make sure to take big steps and always walk with your head held high. Walking with your head down is a sign of insecurity, and people aren't going to put their faith in a leader who can't even seemingly trust themselves.

Popularized by social psychologist Amy Cuddy, a "power pose" is any pose previously adopted by a powerful person that serves to boost self-confidence. As she explained: "Body-mind approaches such as power posing rely on the body, which has a more primitive and direct link to the mind, to tell you you're confident." One of Cuddy's most famous poses for success is the Wonder Woman power pose, which involves standing with your feet spread apart, your hands at your hips, and your chin tilted upward (a la, Beyoncé here). 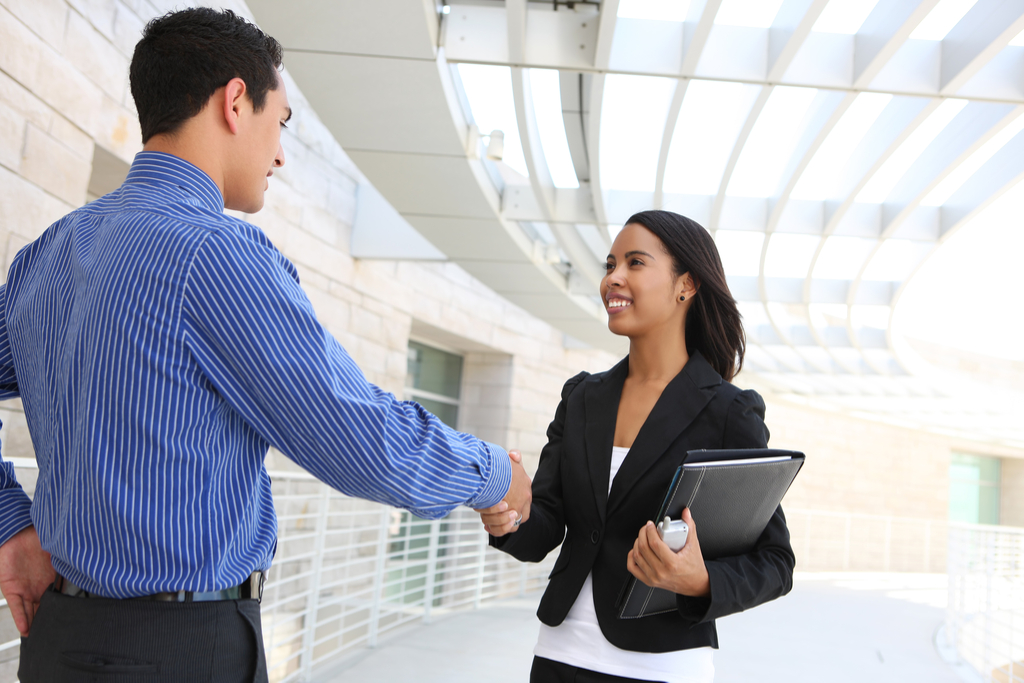 Not only does smiling make the person with whom you're communicating more comfortable, but it's also good for you, according to one study published in the Academy of Management Journal. Evidently, smiling throughout the workday can improve your mood and make you more focused on your work in addition to making you more likable, so don't forget to say cheese!