Not everything from the 50s is considered a classic.

The first thing you might notice about 50s slang is how wordy it can be. It's a stark contrast from modern slang, which often tries to communicate ideas not just with less words but less letters. Millennials, apparently in a hurry, use shorthand like JOMO (the joy of missing out), Perf (perfect) and JK (just kidding). Not so with 50s slang.

Why just say someone is lying when you can claim they're lighting up the tilt sign? Can't remember something? A millennial will use a slang acronym like CRS (shorthand for "can't remember stuff"), but a 50s hip cat would say he's got "smog in the noggin." Crazy, right? Well, here are 20 other slang terms from the 50s that used to be common but have become extinct in the 21st century. And for more blasts from the past, check out these 40 Things Only Older People Say. Your daddy is your actual father, but your daddy-O is just a generally cool dude… Who for some reason you're calling daddy.

Example: "Whatever you say, daddy-O!"

2
Made in the shade

Today, being in the shade means you're avoiding sun damage to your skin. But in the 50s, being made in the shade meant things are going well for you and you don't have a care in the world. Remember: Shade is a good thing. It's also one of our 20 Best Ways to Erase Wrinkles. 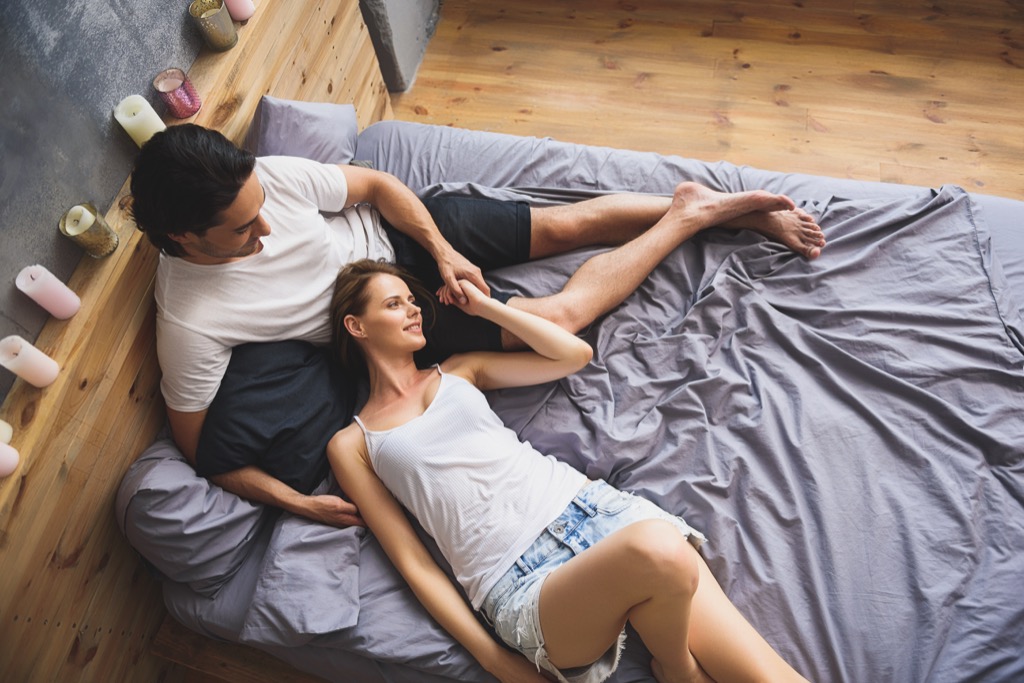 A way to tell somebody you admire their appearance or personality. And for more fun facts, here are 20 New Words Introduced in 2017.

Example: "Baby, you're the ginchiest!"

No point in having a hot rod if you're not going to show off its speed. And when you press that pedal to the metal, your tires are gonna burn some rubber. Which is a good thing… if you like buying new tires every year. Stupid kids!

Example: "Let's burn rubber and show 'em what this car can do!" 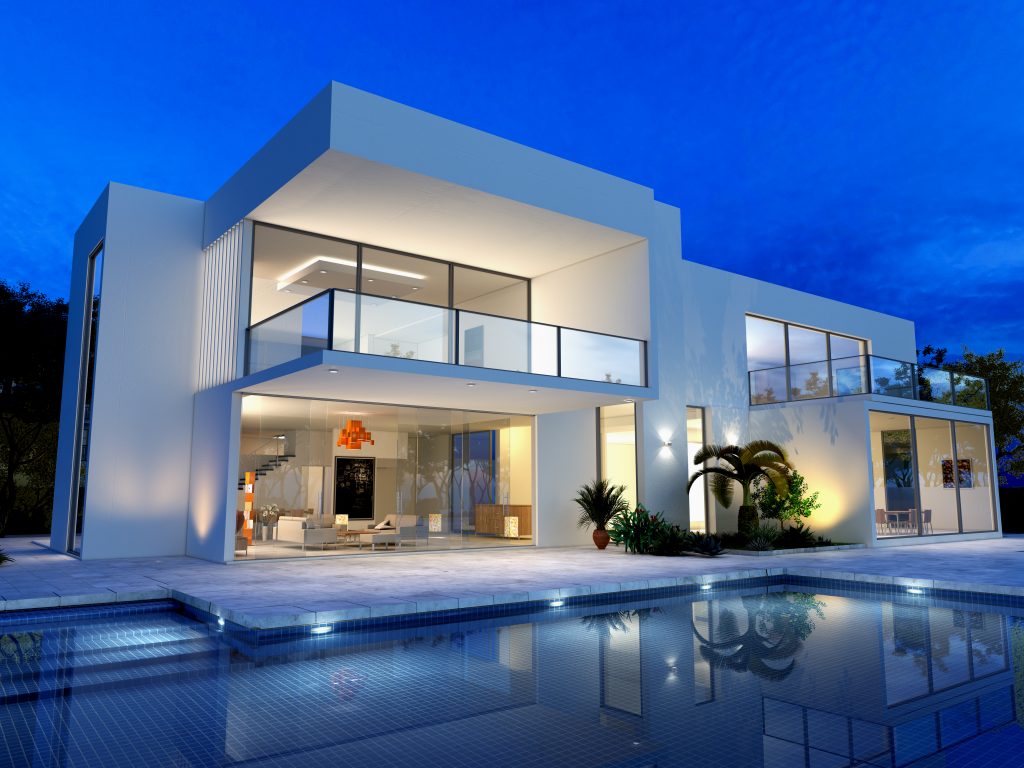 People in the 50s possibly thought they were frogs. Or they envied the amphibious lifestyle. We can't think of a better explanation for why they'd call their homes or apartments their "pad." And speaking of sweet pads: Give yours a facelift with these 30 Best Stylish Home Upgrades.

Example: "Let's go back to my pad and have some drinks, daddy-o!" If it's small, crawls near your feet and has teeth, it's an ankle-biter. That includes everything from pets to children. Which begs the question, did all Baby Boomers grow up gnawing on their parents' ankles?

Example: "You've got some cute ankle-biters. How old are they?" 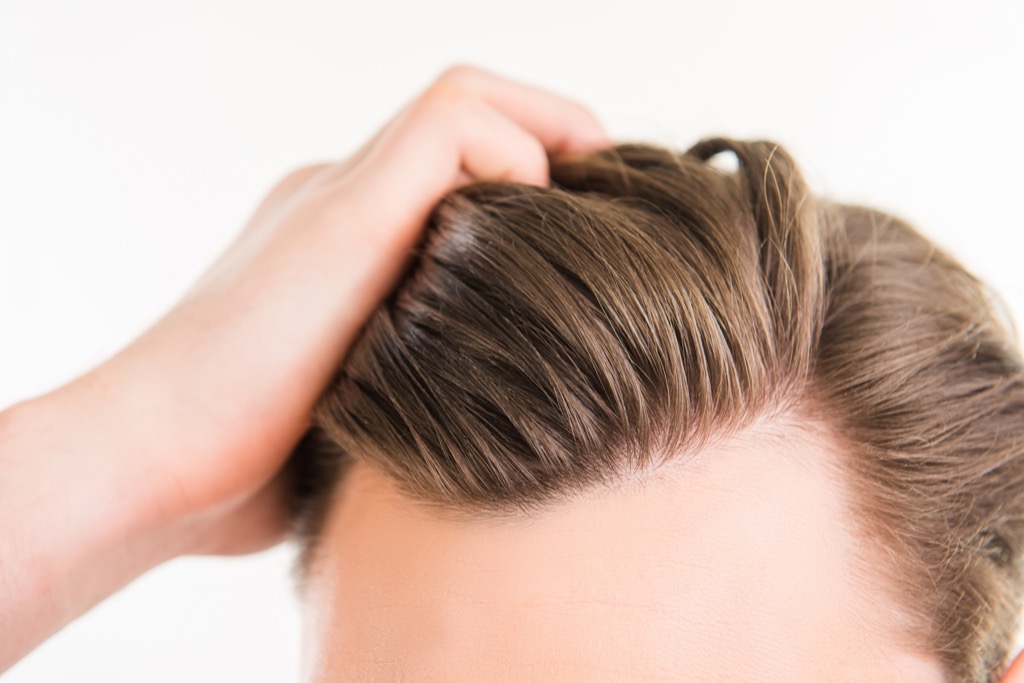 Saying "haircut" is just so obvious and self-explanatory. But a "wig chop" makes people stop and wonder what you're telling them. You have a hairpiece and want it… sliced in half?

Example: "Gonna head down to the barbershop and get a wig chop."

We don't know what kind of weird stuff they were up to in the 50s, but apparently being intimate with somebody in the back seat of a car mean you were engaging in some "back seat bingo." You sickos.

Example: "Sally and I did a little back seat bingo, if you know what I mean." 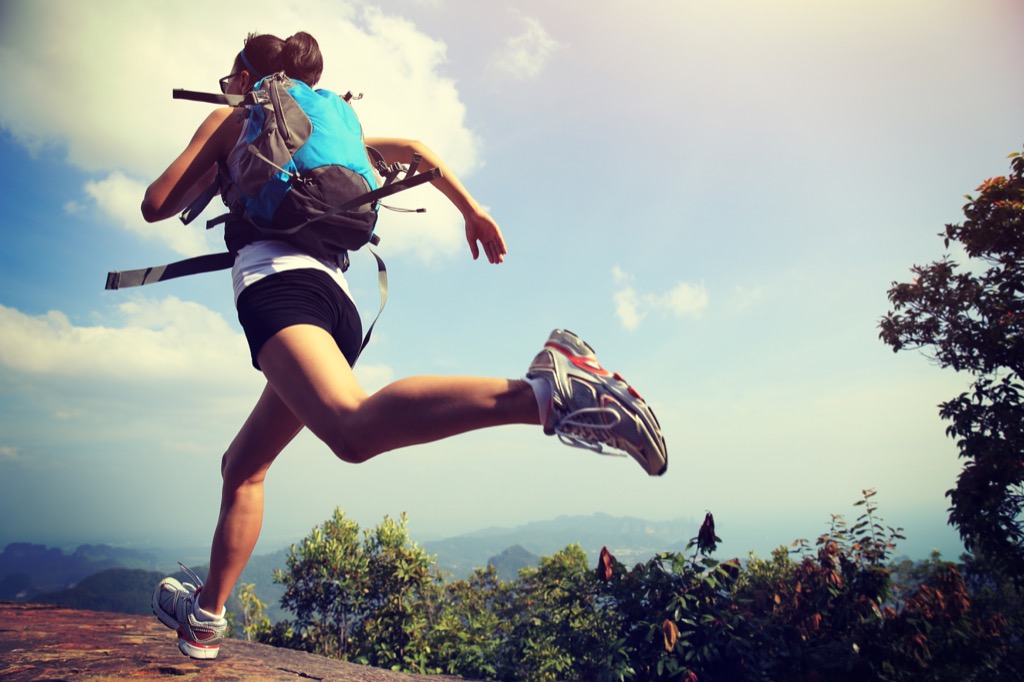 When you've got to get away fast, usually because you've done something wrong, it's time to beat feet the heck out of there. Just think of your feet like they're the hands of a jazz drummer.

Example: "Let's beat feet before the cops get here!"

Example: "That dude is so annoying, he's cruisin' for a bruisin'." It could mean someone who uses an excessive amount of hair products, or just a tough guy you might want to stay away from. Avoid becoming a modern day greaser after reading—and internalizing—these 10 Reasons Why Hair Gel Must Die.

Example: "You don't want to mess with them, they're greasers." 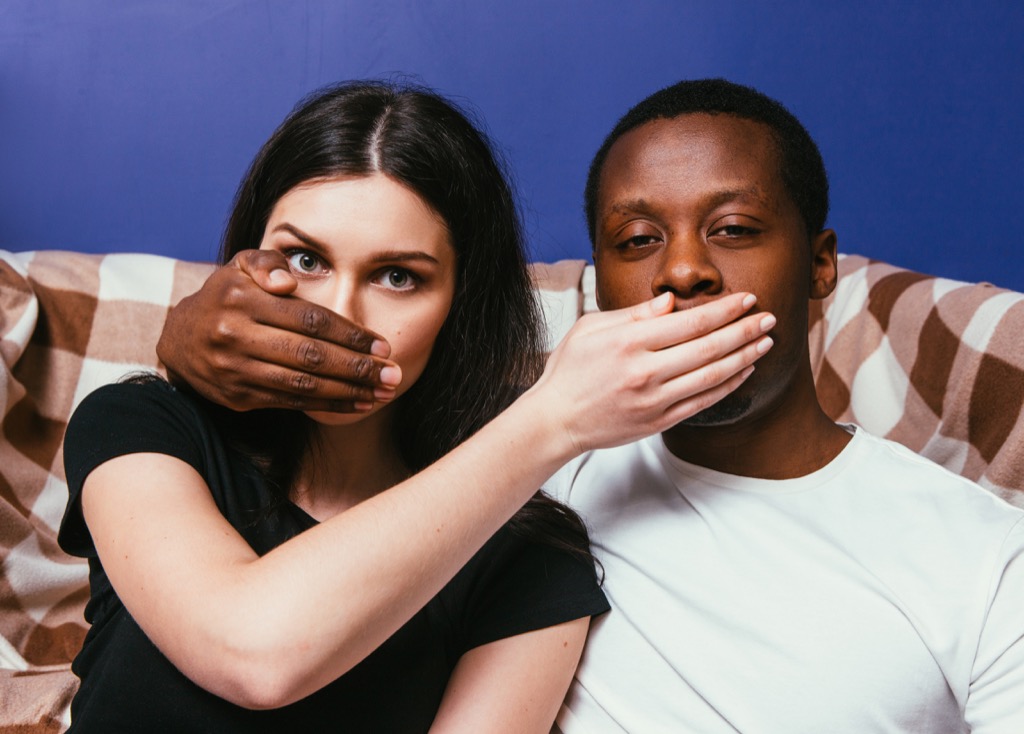 Pretend your face is a car. And your mouth is the gas pedal. Or something. Yeah, this is a weird one. Basically, it means to shut up.

Example: "Cut the gas, I'm tired of listening to you." 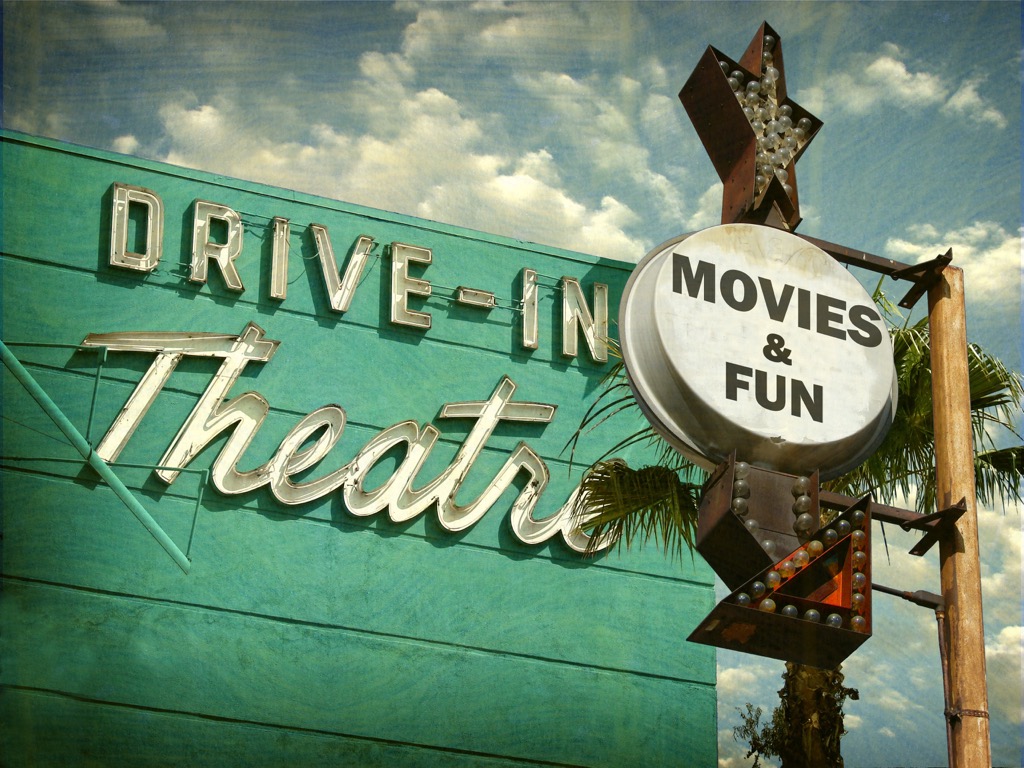 The drive-in, which Baby-Boomers went for some back seat bingo while pretending to watch a movie.

Example: "Nah, I haven't seen Rebel Without a Cause yet, but I'm catching it tonight at the passion pit." 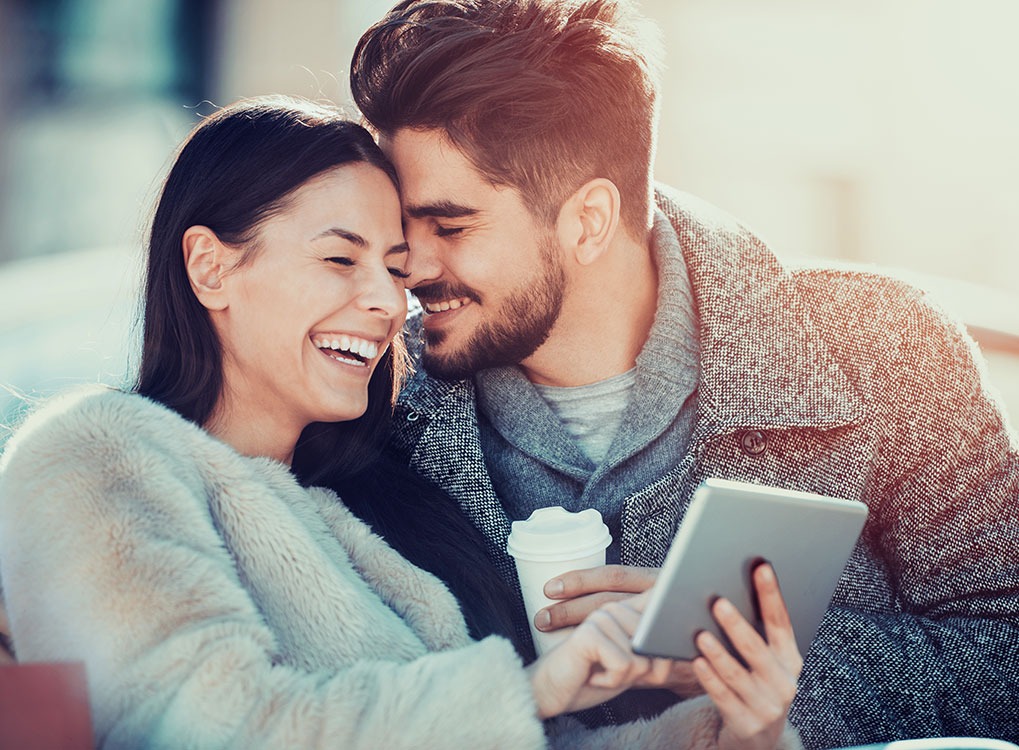 This really does sound like it should dirty, doesn't it? But it's not. When something excites you (but in a non-filthy way), it's razzed your berries.

Example: "Chuck Berry songs sure do razz my berries!" 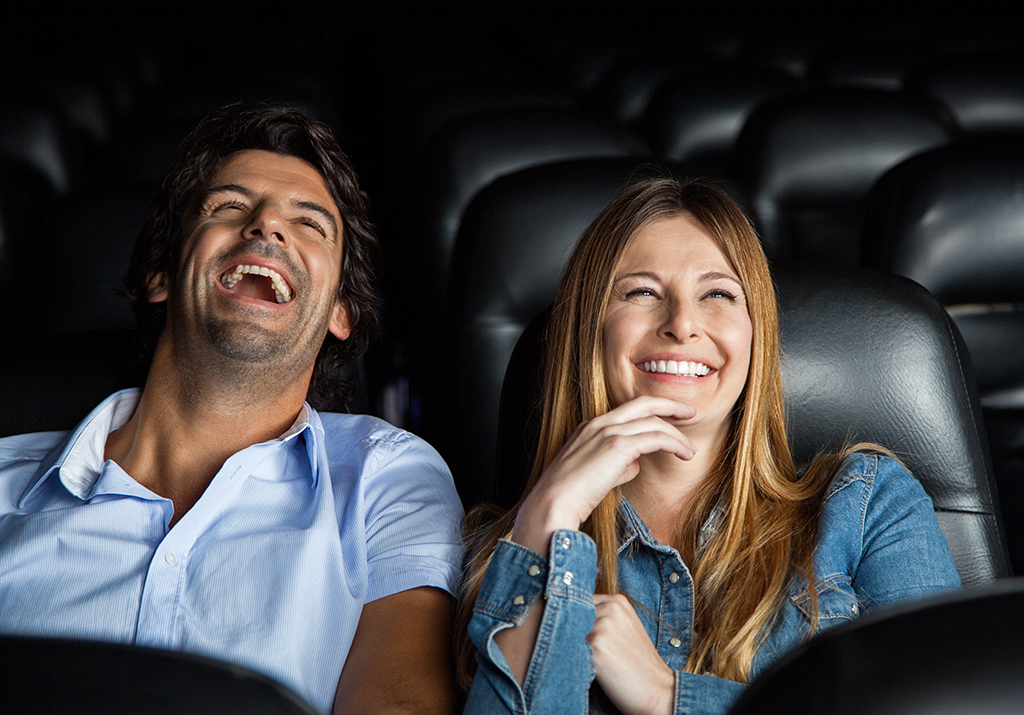 We don't want to get all judgy, but if anything funny is described as a "big tickle," it sure does seem like people in the 50s were obsessed with tickling.

Example: "That movie was so funny, it was a big tickle."

So you want to tell a lady she's got a great body but you don't want to sound like a pig? Just compliment her classy chassis. Unless she's your grandmother, she'll have no idea what you're talking about. And if she is your grandmother, maybe you're not the right perfect to be complimenting her figure.

Example: "Don't take this the wrong way, Lucy, but you've got a classy chassis."

17
Word from the bird

If someone doubts that you're telling them the truth, you can assure them that it's the "word from the bird." Because as everybody knows, feathered and egg-laying creatures are never dishonest. Oh, and speaking of honesty: truth is often overrated. For proof, see these 13 Secrets You Should Always Keep from Your Partner.

Example: "I saw Johnny necking with your best girl, man, word from the bird."

Another one of those disses that could only have existed in the 50s. If a wet rag is somebody who's no fun, does that mean a dry rag would be a party animal? We're not sure. Well when you put it that way, your closed fist that's heading towards my face sounds almost appealing. Don't date yourself ladies and ditch the 40 Sayings Women Over 40 Should Stop Using.

Example: "Get ready, jerk, I'm about to give you a knuckle-sandwich!" 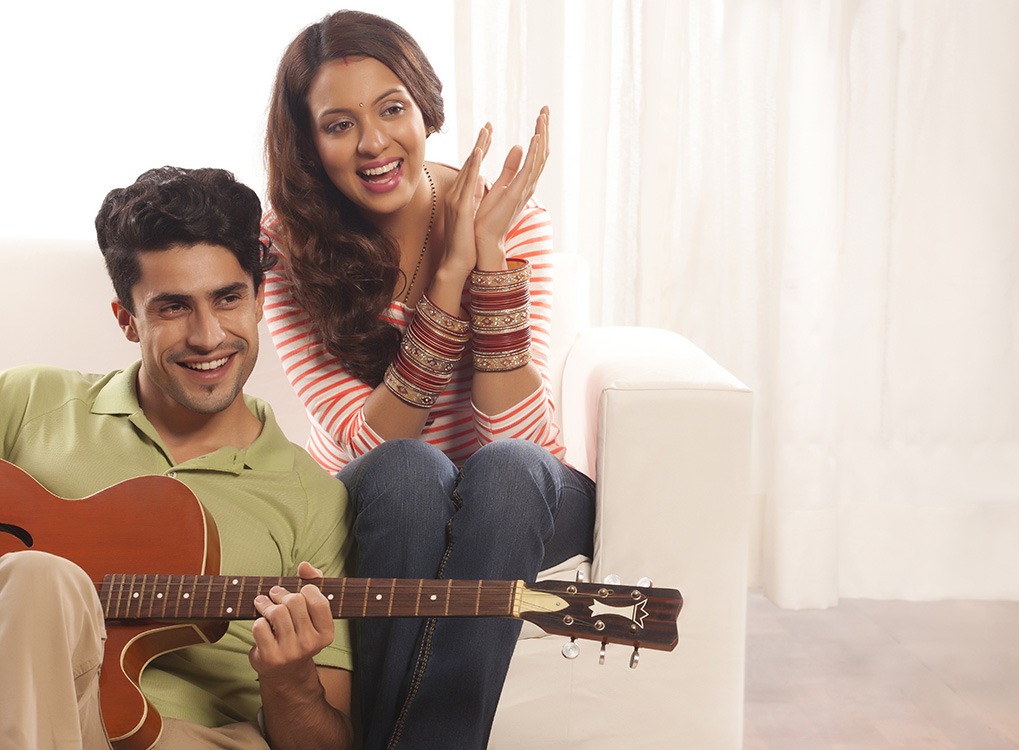 Not exactly referring to a feline companion, in certain circles of artistic types and musicians "cat" became a catch-all term for any kind of hip person.

Example: "That Miles Davis is one hip cat!"