14 Times Forgotten Stars Surprised You with Roles in Major Blockbusters

15 minutes of fame? Not for these stars.

"Wait, is that who I think it is?" It's a question staunch moviegoers know all too well. You're sitting in a theater and then, out of nowhere, you recognize a once-famous face. "Is that Dawson from Dawson's Creek in a Matt Damon movie?" "Is that Julia Roberts forgotten brother starring in one of the biggest comic book movies of all time?" "Is the guy who played RoboCop really the bad guy in this enormous, $185 million Star Trek sequel?"

The answer to all of them: Yes. For more surprising moments when you were blindsided with actors from the past, read on. Here are all of the has-beens we thought we'd never see again, who made random appearances in some major blockbusters—to the surprise and delight of fans and critics alike. And when you're ready to add some great movies to your must-watch list, start with the 20 Iconic Films You Should Have Watched by Now! 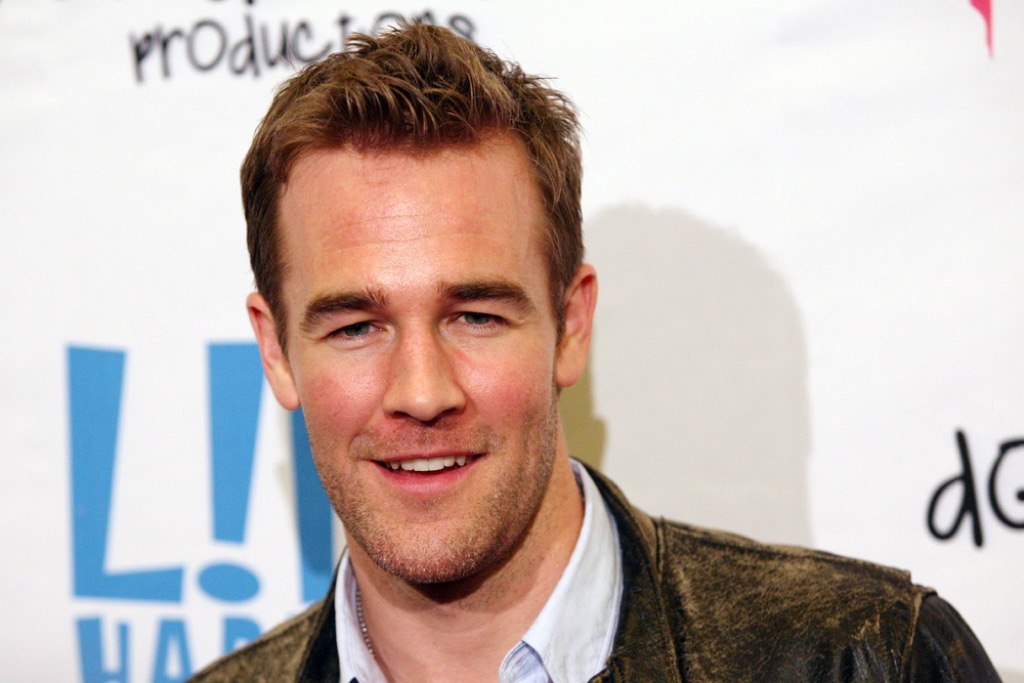 Everyone knows James Van Der Beek as the titular Dawson on the late-90s-early-2000s teen soap Dawson's Creek and the quarterback in the late-90s Texas football movie Varsity Blues. But the aughts weren't so kind to him, as he became one of the most embarrassing memes in history, and his career was largely sidelined to small TV roles. But then, out of nowhere, Van Der Beek appeared as a gregarious, bearded anesthesiologist chatting up intergalactic superstar Matt Damon in last year's Downsizing, the highly anticipated (if underwhelming) film by Alexander Payne. The appearance was so unexpected you can't help but pause the film and wonder aloud, "Wait—Is that James Van Der Beek?" And speaking of memes, don't miss the 30 Funniest Celebrity Memes of All Time. 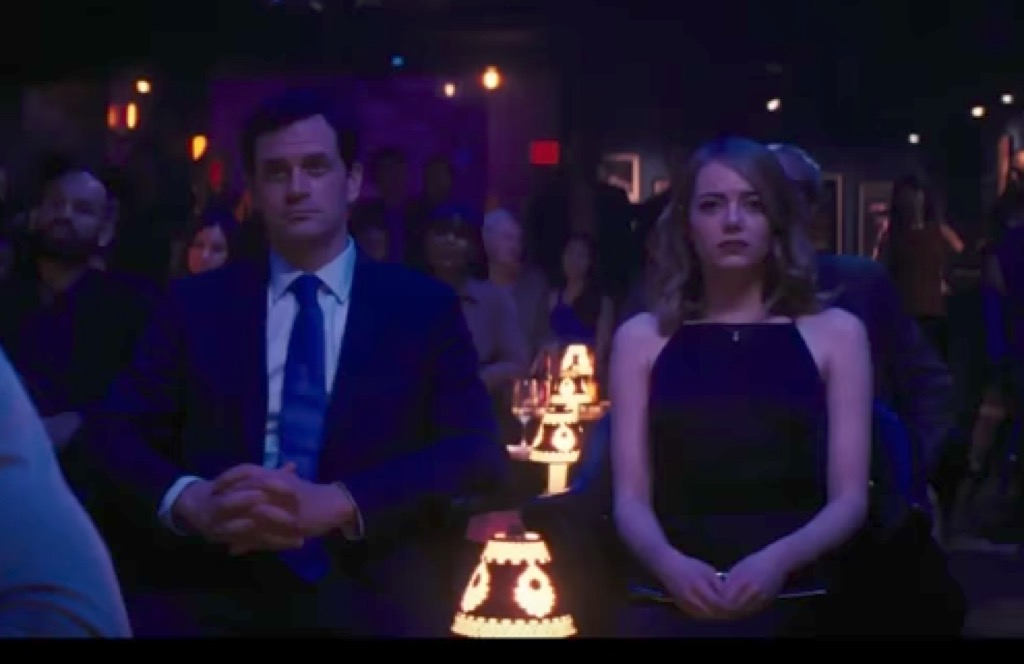 Where has he been? Yes, That Thing You Do! star Tom Everett Scott has had a few TV roles, including stints on Law & Order and Reign, following his famous turn as a 1960s boy bander—and a criminal stock trader in Boiler Room—in the late 1990s and early 2000s. However, he had largely disappeared from view by the time he showed up unexpectedly as Emma Stone's husband in the 2016 mega-hit musical La La Land. Turns out La La Land writer-director Damien Chazelle is a big fan of That Thing You Do! and cast him entirely for that reason.

"I didn't want his presence in the film to be a conscious in-joke," Chazelle said in an interview with Entertainment Weekly, "but when I heard his name, I was like, 'Oh my God, that's perfect.' Plus, there were some on-the-surface mundane considerations. He had to be a little older than Ryan Gosling, so that we could suggest the passage of time. And we didn't want to have another blond guy. And the big thing was that Tom is just the nicest guy. That was the key. We didn't want the audience to think of Mia's [Emma Stone's character] new husband as some kind of a villain." 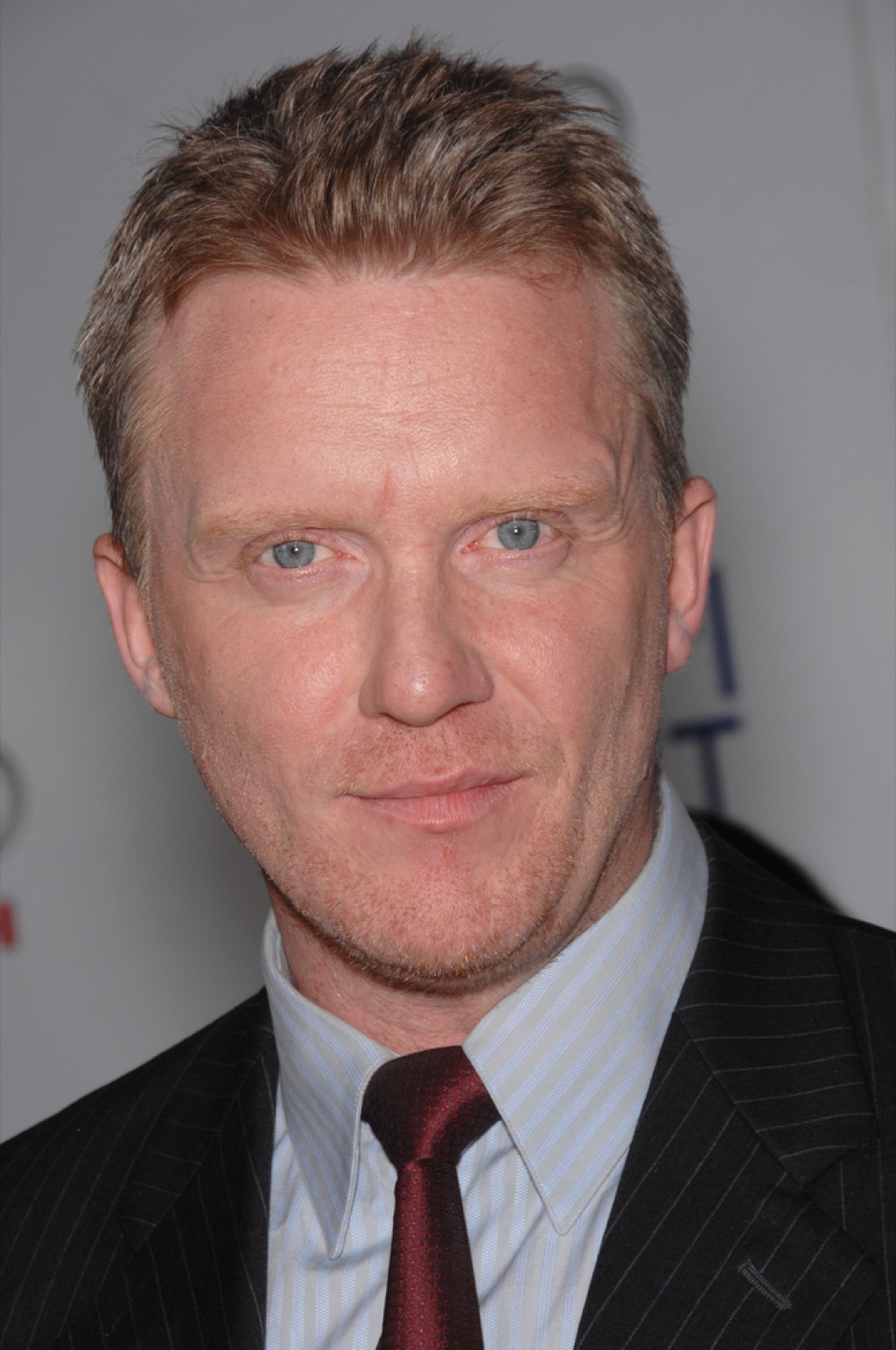 Batman Begins and The Dark Knight director Christopher Nolan seems on a personal quest to bring back 1980s-era has-been actors—so many that we're only listing a few here. (Notable absence: Rutger Hauer, Batman Begins.) But here's one of our favorites: Between The Breakfast Club and his role as Mike Engel in 2008's The Dark Knight—one of the biggest blockbusters of all time, in which he inexplicably played a TV news host—Anthony Michael Hall's biggest claim to fame was his five-year stint on a show called The Dead Zone. Truth be told: The guy looks great, and we'd like to see more of him. And for more great celeb coverage, here's The Most Famous Celebrity of Every Decade Since 1900. 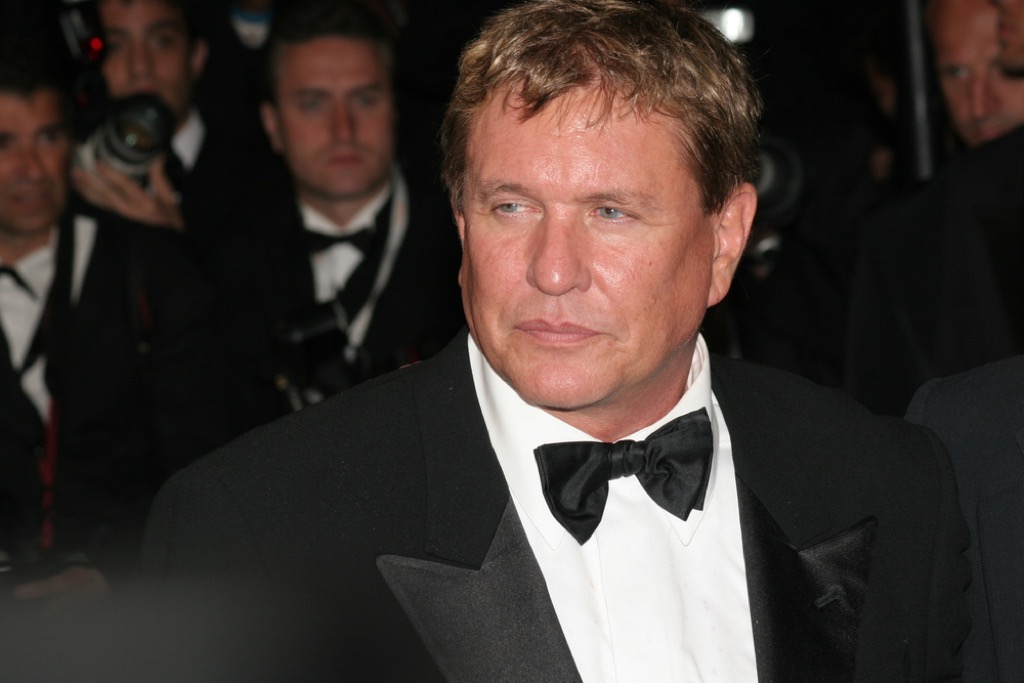 Another career resuscitation from Christopher Nolan: Tom Berenger, best known for The Big Chill, Major League, and his Oscar nomination for his role in 1986's Platoon, hadn't done much of note in decades other than turn into a grizzly old man. Luckily, he got another shot at the big time when he showed up as Browning in 2010's Inception, Nolan's hugely anticipated cerebral drama starring Leonard DiCaprio. Well done, Tom! And for more fun facts about celebs, here are the 20 Celebrities Who Were Born Wealthy.

Although it seemed Mel Gibson had burned virtually every bridge in Hollywood with his anti-Semitic and sexist rants, he was back in action on the big screen in 2017 with a starring role in Daddy's Home 2, alongside Mark Wahlberg and Will Ferrell. Honestly, we didn't see this coming. And for more wild information about your favorite celebrities, check out the 20 Craziest Celebrity Rumors! 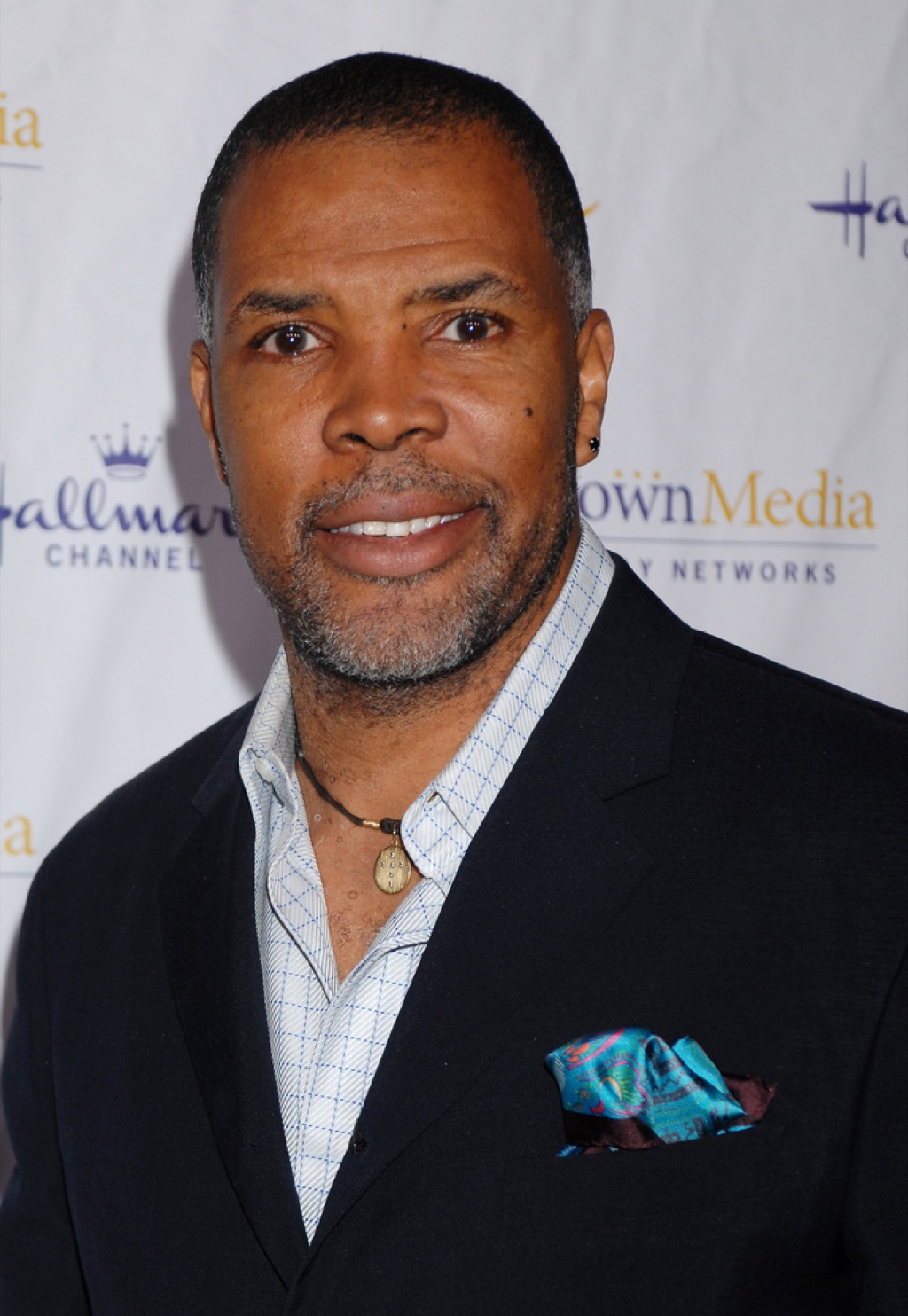 Eriq La Salle was a household name in the 1980s, 1990s, and 2000s, thanks to his hilarious role in Coming to America and his starring role as Dr. Peter Benton on ER. Fans had to wait a long, long time to see him again—2017, to be exact—when he inexplicably showed up in scenes with Hugh Jackman's Wolverine in the widely acclaimed X-Men movie Logan. 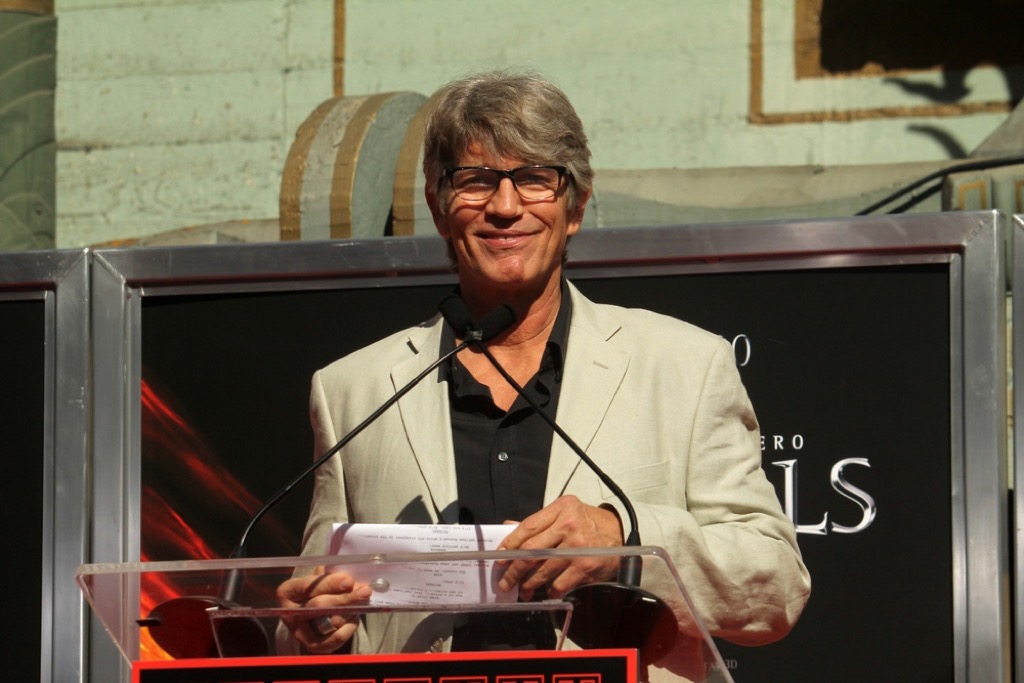 For decades, Eric Roberts' résumé was full of movies you couldn't pick out in a lineup. However, that changed in 2008, when he landed the major role of mobster Sal Maroni in Christopher Nolan's The Dark Knight. That's right: Eric Roberts had a major role (and a good one at that) in a film that grossed more than $1 billion. 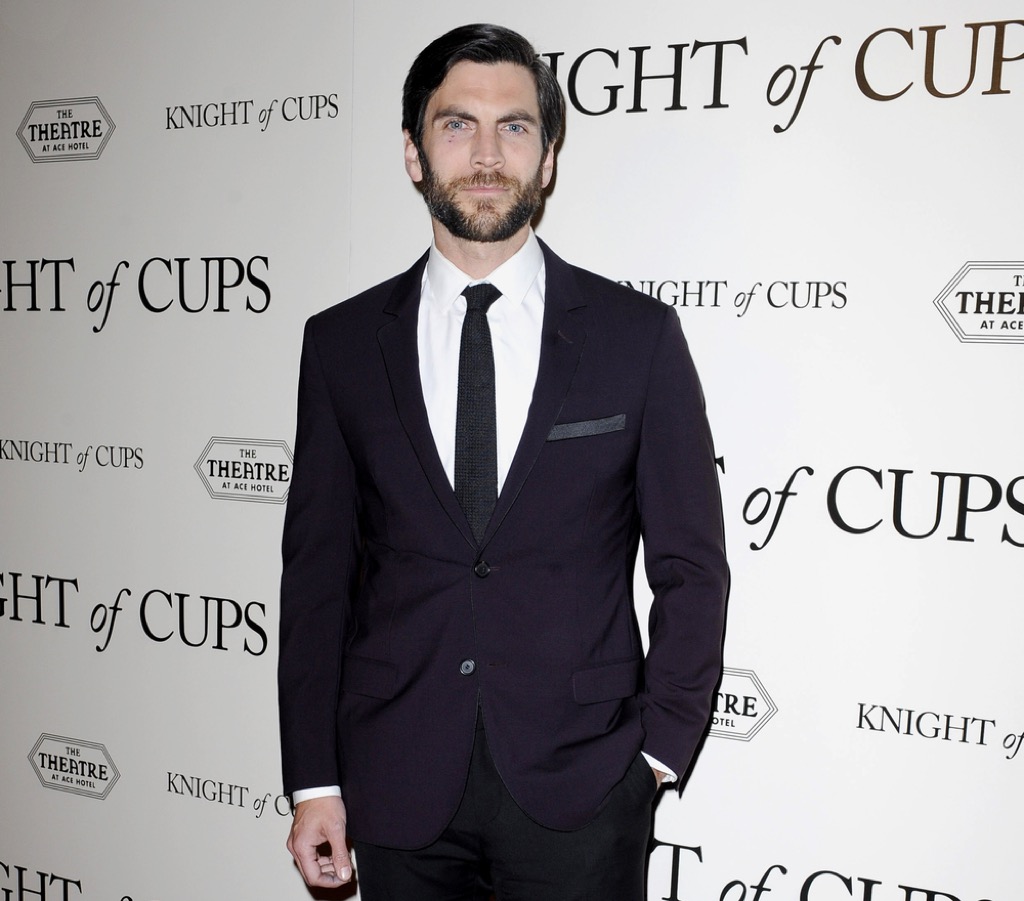 Wes Bentley seemed like he would have a major movie career ahead of him after his breakout role in American Beauty in 1999. However, after addiction issues sidelined his career for some time, it seemed like he was down for the count. Fortunately, Bentley got another chance at fame when he was tapped for the role of Seneca Crane in The Hunger Games in 2012. And for more movie magic, check out the 30 Funniest Movie Lines of All Time! 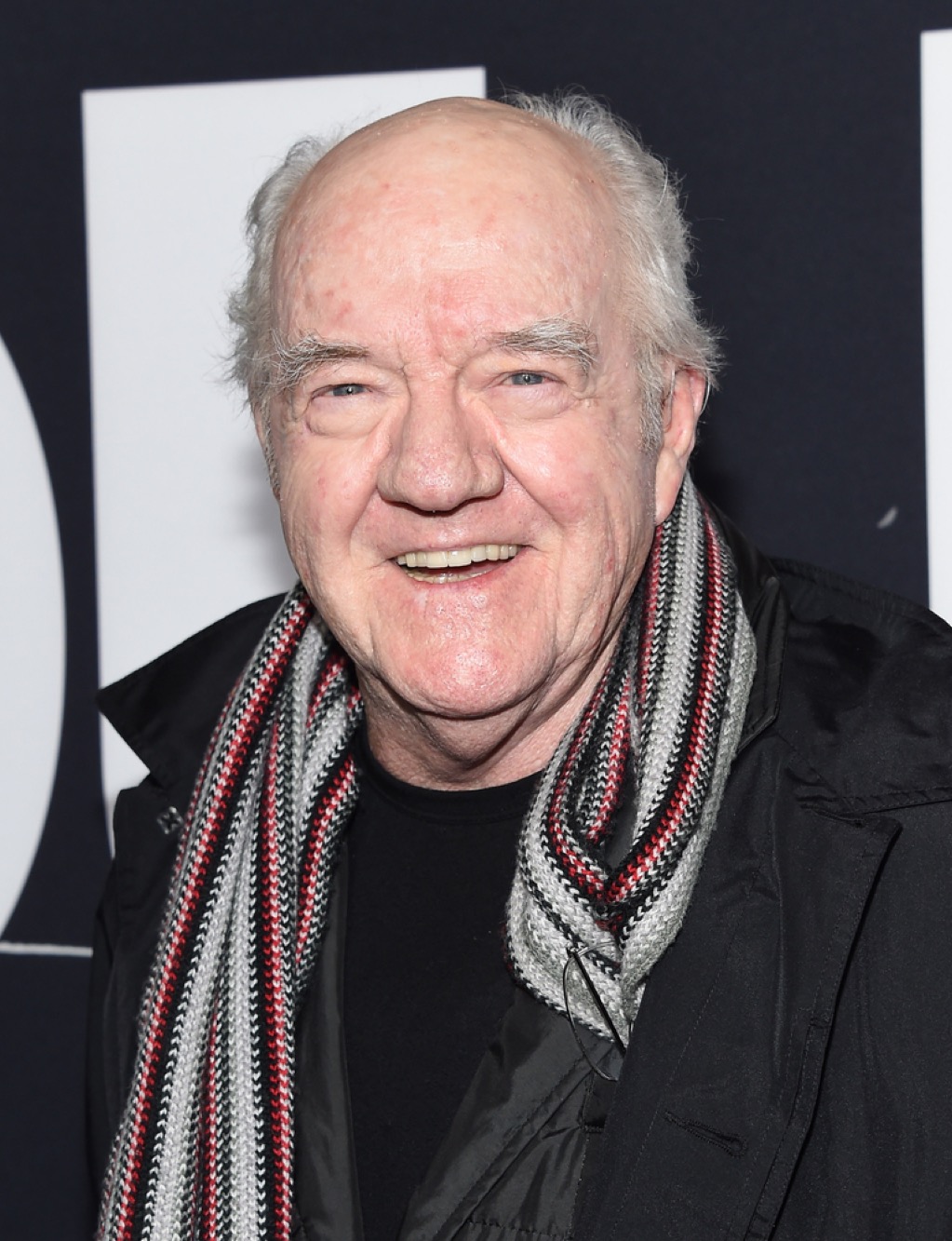 Long-time character actor Richard Herd had roles in everything from Seinfeld to Star Trek in the 1990s and early 2000s. However, with the exception of a few minor TV roles here and there, his career had largely stalled until his turn as patriarch Roman Armitage in Jordan Peele's 2017 hit Get Out. And for more celebrity fun, check out the 20 Celebrities Who Look Like Their Pets! 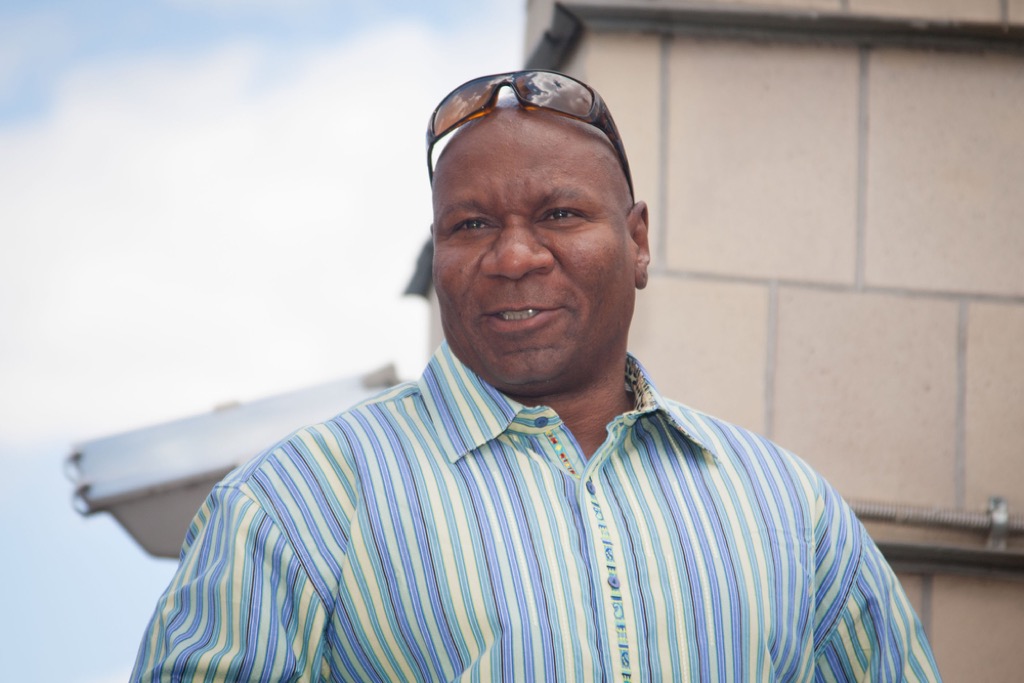 While Ving Rhames had major roles in hits like Pulp Fiction in the 1990s, his career had largely stagnated until he came back with a vengeance with his role as Charlie-27 in Guardians of the Galaxy, Volume 2. 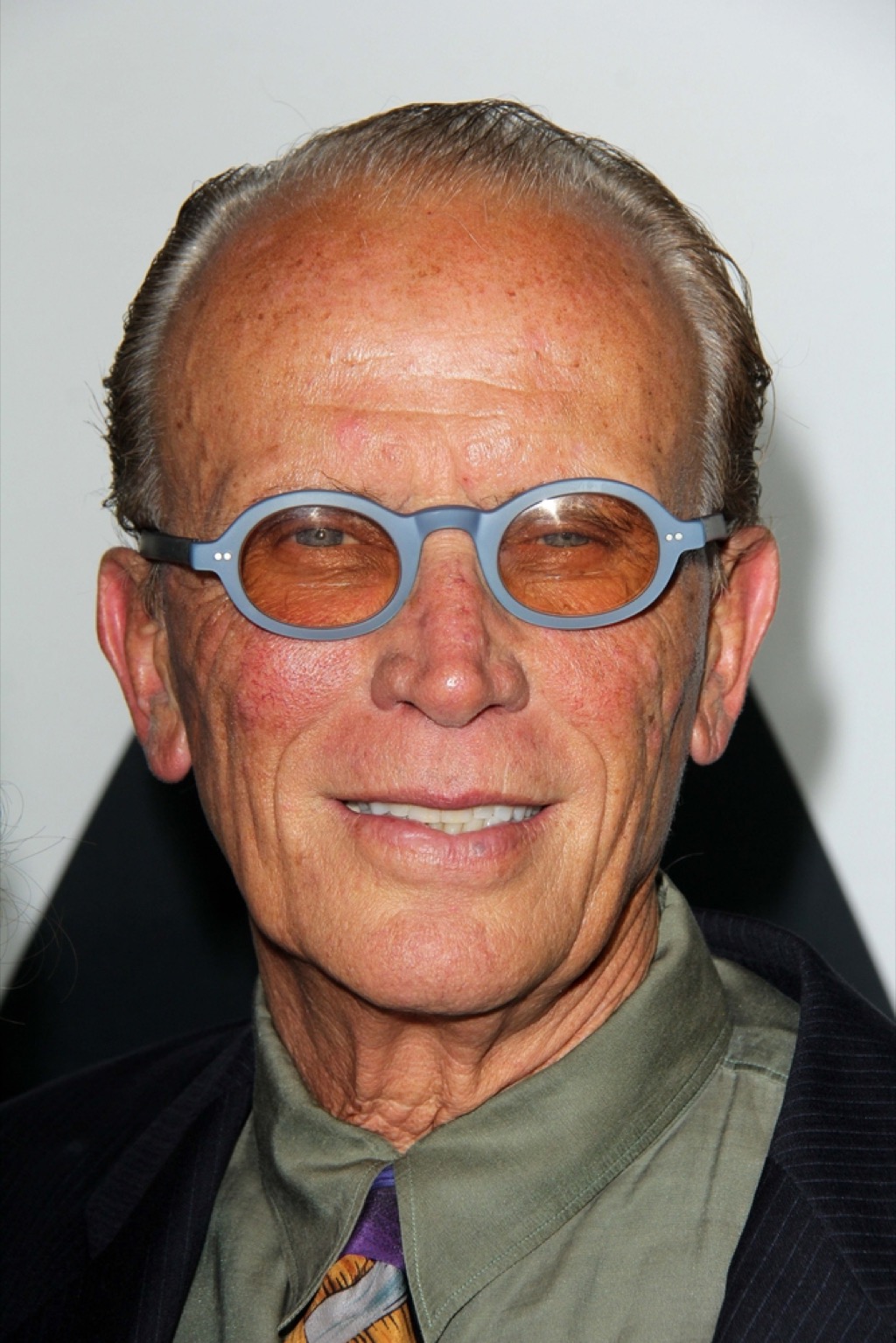 Peter Weller had largely been relegated to TV roles following his star-making turn as the title character in 1987's RoboCop. Luckily, the actor got to show off his skills on the big screen yet again in 2013 with his role as villain Alexander Marcus in Star Trek Into Darkness. 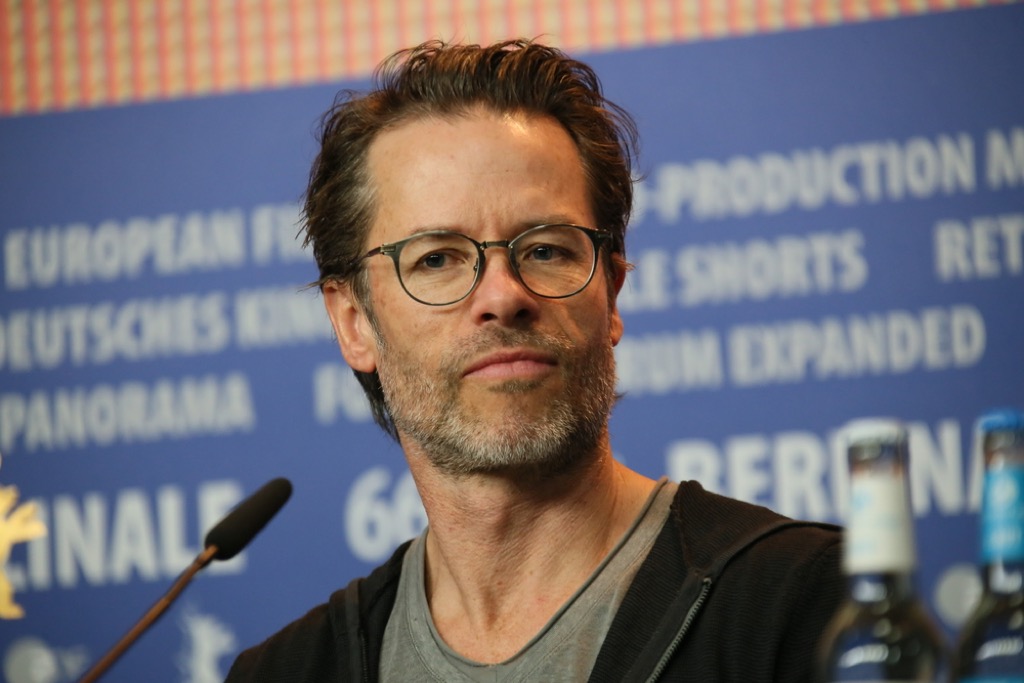 With leading roles in hit movies like L.A. Confidential and Memento, it came as a surprise to fans that Guy Pearce's career seemed to take such a nosedive in the 2000s. Luckily for fans, Pearce returned to the big screen with a vengeance in 2013 with his role as Aldrich Killian in Iron Man 3. 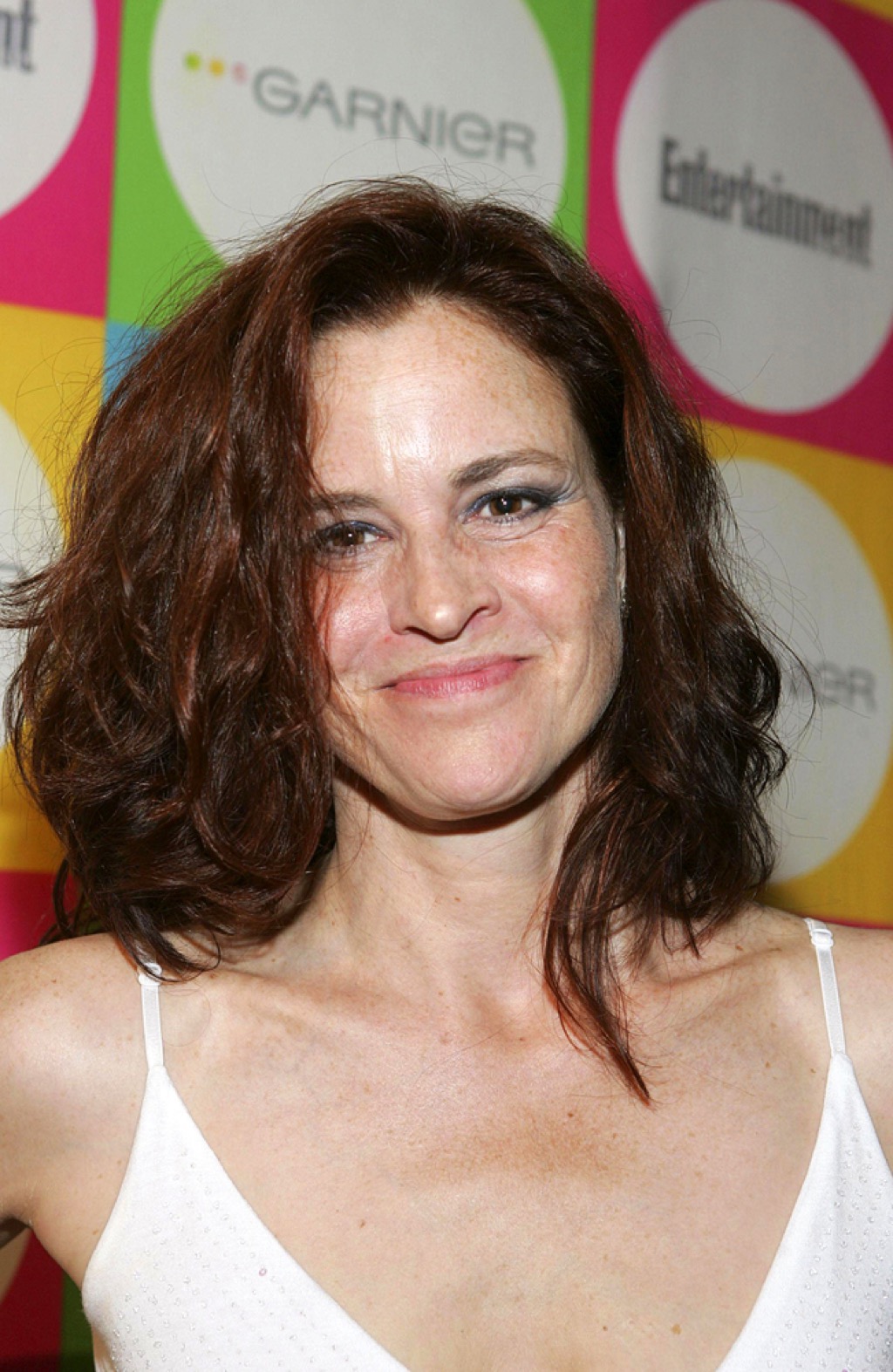 Ally Sheedy, star of The Breakfast Club, hadn't done much of note in years until she surprisingly popped up again with a role in 2016's X-Men: Apocalypse. And when you want to brush up on your movie knowledge, start with the 37 Moves Every Man Over 40 Should Be Able to Quote! 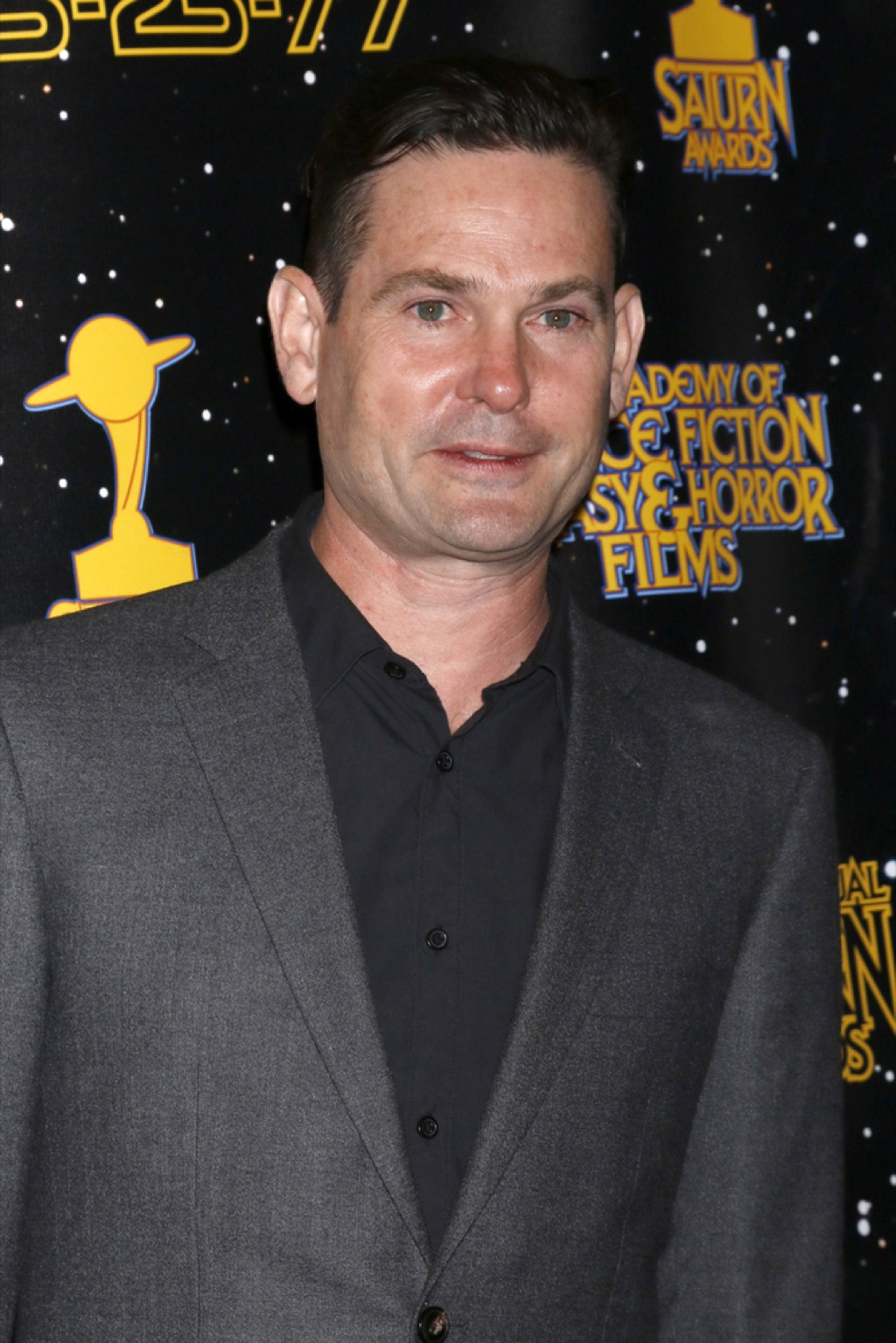 The former child star, known for his role as Elliott in E.T. the Extra-Terrestrial and little else, was a surprising addition to Martin Scorsese's 2002 gangster hit Gangs of New York. And for more surprising celebrity career changes, discover the 30 Celebrities Who Now Hold Regular Jobs!

Sarah Crow
Sarah Crow is a senior editor at Eat This, Not That!, where she focuses on celebrity news and health coverage. Read more
Filed Under
Celebrities • Movies
Read This Next
Latest News
Read This Next