28 Celebrities Who Served in the Military

Discipline paved the path to stardom.

Serving in the military is a proud tradition for countless men and women around the world. However, it's not just your cousin who wants to serve his country or your former ROTC buddies who end up enlisting. For many celebrities, the military is the first step in their long road to fame.

Not only does a military career provide a steady paycheck before you start selling out stadiums and snagging blockbuster roles, it can also provide the much-needed discipline required to tough it out in showbiz. For these celebs, the military started them on the hard-earned path to the stardom they're enjoying today.

Mr. T pities the fool who didn't serve his country. Prior to the sweet hairstyle, the gold chains, and The A-Team, Mr. T was just Lawrence Turead, a kid from Chicago with a lot of awesome action roles in his future. Before Hollywood came calling, however, he served as a squad leader in the Military Police Corps.

His long hair and second act as a marijuana entrepreneur might seem to conflict with the regimented lifestyle of a service member, but country hippie Willie Nelson was once a military man, too. When he was just 17 years old, Nelson enlisted in the Air Force, serving until a back injury required him to resign.

Clint Eastwood isn't just a badass on screen. Long before the 87-year-old Oscar winner was an actor, he served in the United States Army. While his tenure in the armed forces coincided with the Korean War, Eastwood reportedly never saw combat, taking a post in Northern California for the duration of his military career.

Elvis Presley is one of the rare celebrities who served in the military after achieving fame. Elvis was drafted into the Army in 1958, after his hits "Hound Dog," "Heartbreak Hotel," and "Jailhouse Rock" were already topping the charts. In fact, it was during The King's time serving in Germany that he met Priscilla Beaulieu, who would later become his wife.

Long before he had the Playboy Mansion, The Girls Next Door, or his Popeye-inspired wardrobe, Hugh Hefner was an army man. However, it was his unconventional role in the army that prepared him for his future as a publishing magnate—following a stint as an infantry clerk, Hefner wrote for a military paper for two years in the 1940s. 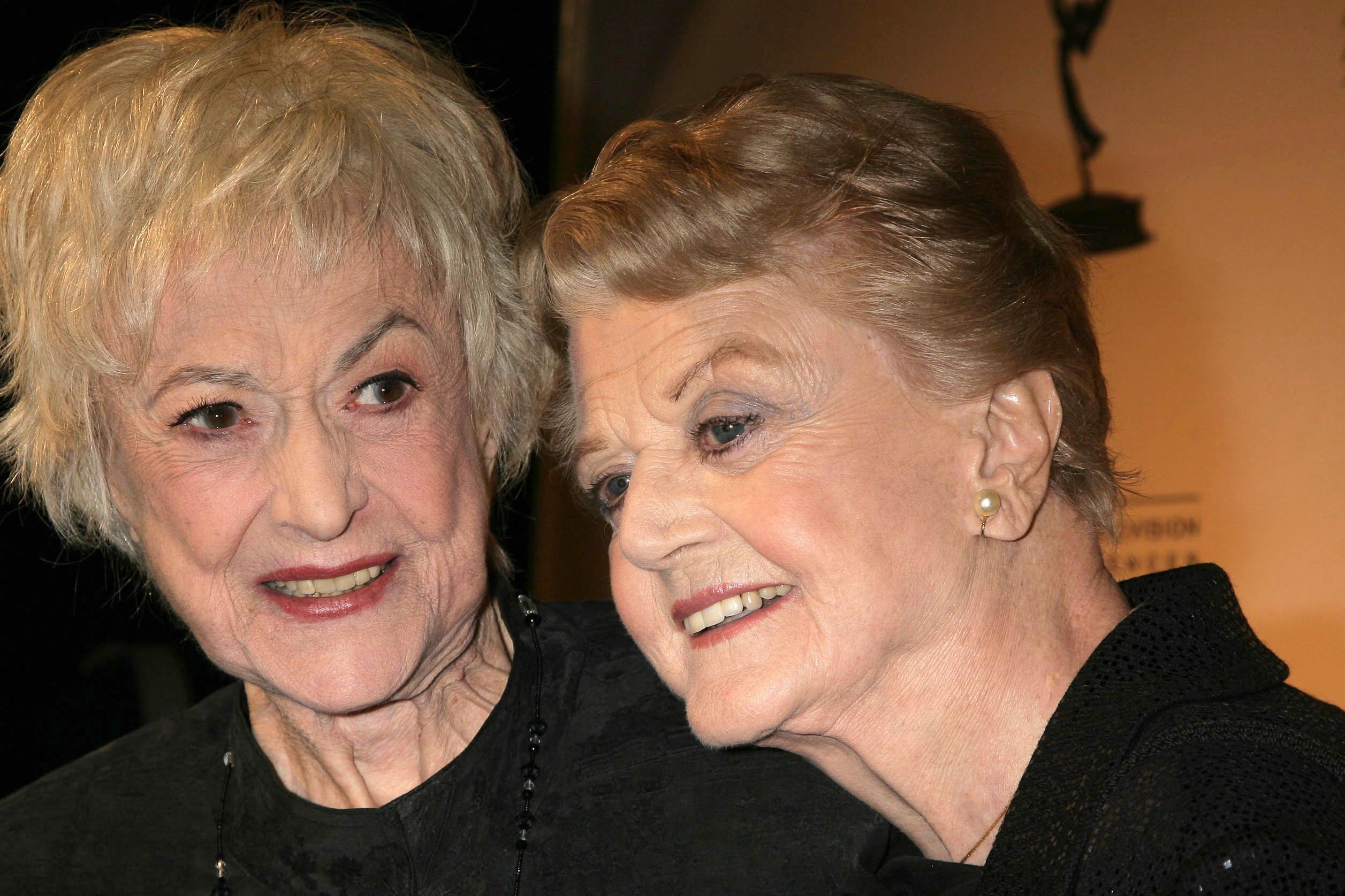 The Golden Girls thanked her for being a friend, but you can also thank the late Bea Arthur for being one of the few female celebs who've enlisted in the service. Arthur served in the Marine Corps Women's Reserve, driving trucks and typing memos for nearly three years before receiving an honorable discharge in 1945. 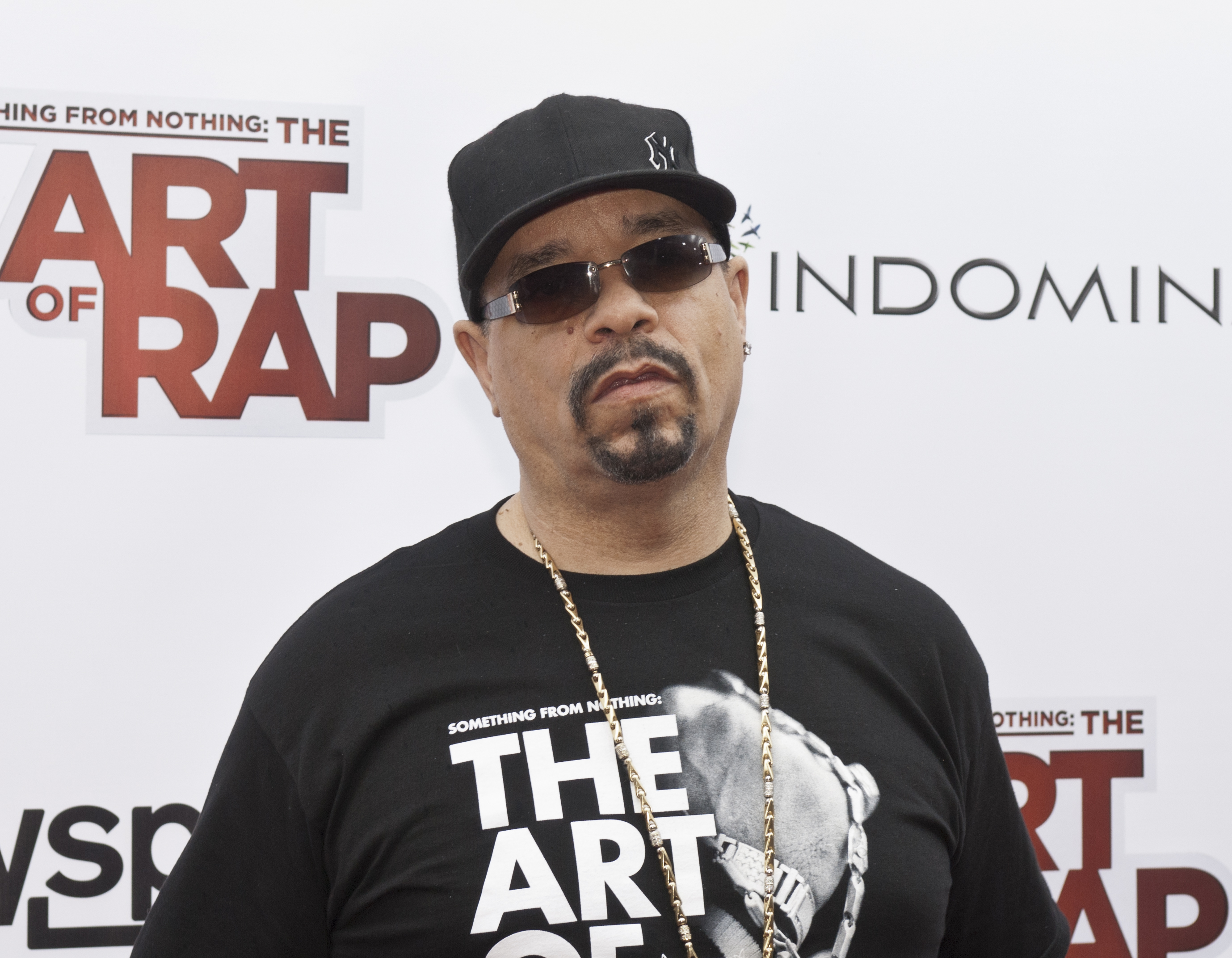 While Ice-T's musical career may be full of anti-authority anthems, the Law and Order: SVU star was once working for the man. Ice-T spent four years in the Army, including a stint as a squad leader in Hawaii, following the birth of his first child, eventually earning an honorable discharge before dedicating himself to his music career.

The only thing half as impressive as Tony Bennett's career as a singer is his time in the military. Before the 91-year-old Queens-born crooner was a household name, he served in the United States Army at the tail end of World War II. In fact, Bennett's regiment was instrumental in liberating the prisoners of Germany's Landsburg concentration camp in April, 1945. 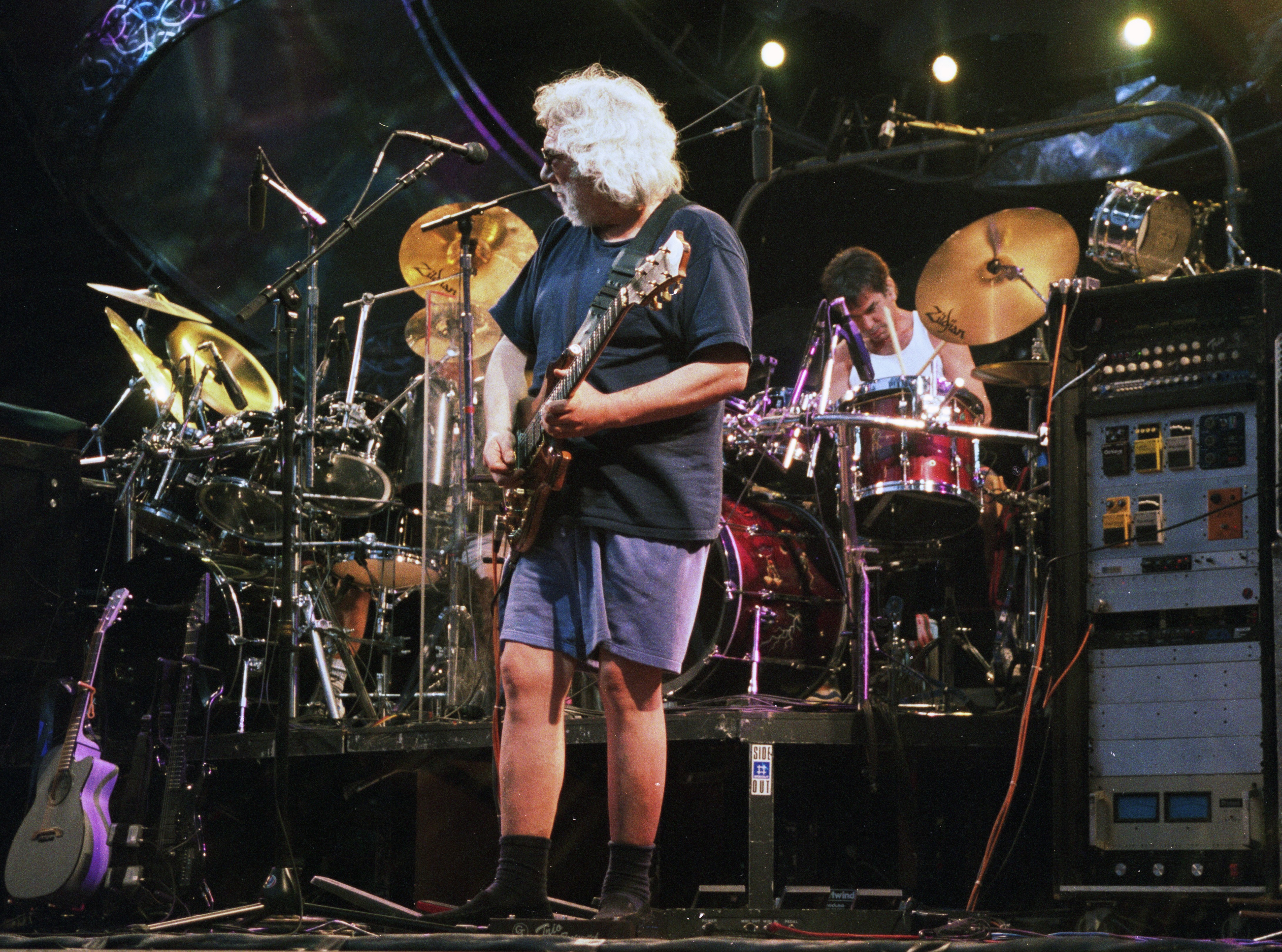 Although Jerry Garcia's penchant for illicit substances may have made him a less-than-ideal candidate for a career in the military, the Grateful Dead founder served nonetheless. Garcia was enlisted in the army by his mother in 1960, although he spent less than a year training in California before being discharged. 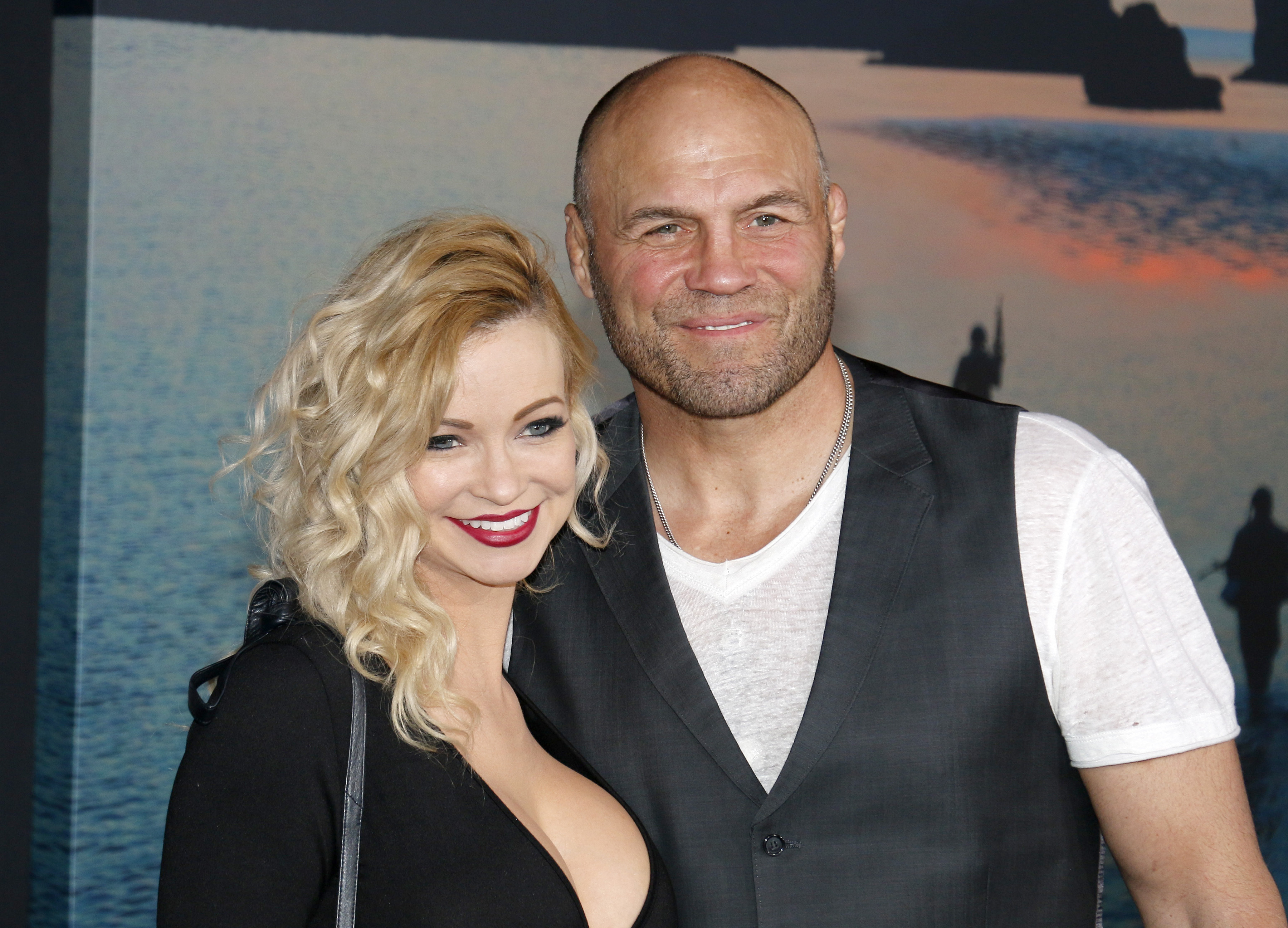 MMA star Randy Couture's career didn't begin in the ring—it began in the Army. For six years, the UFC heavyweight served in the 101st Airborne, working his way up to Sergeant before leaving the armed forces in 1988. While some might assume that Couture's technique was learned during his service, he told Muscle & Fitness that his flair for fighting wasn't honed until much later. "I had very limited boxing training in the army, I had never been a street fighter—I'd been a grappler and a wrestler my whole life," he told the magazine. 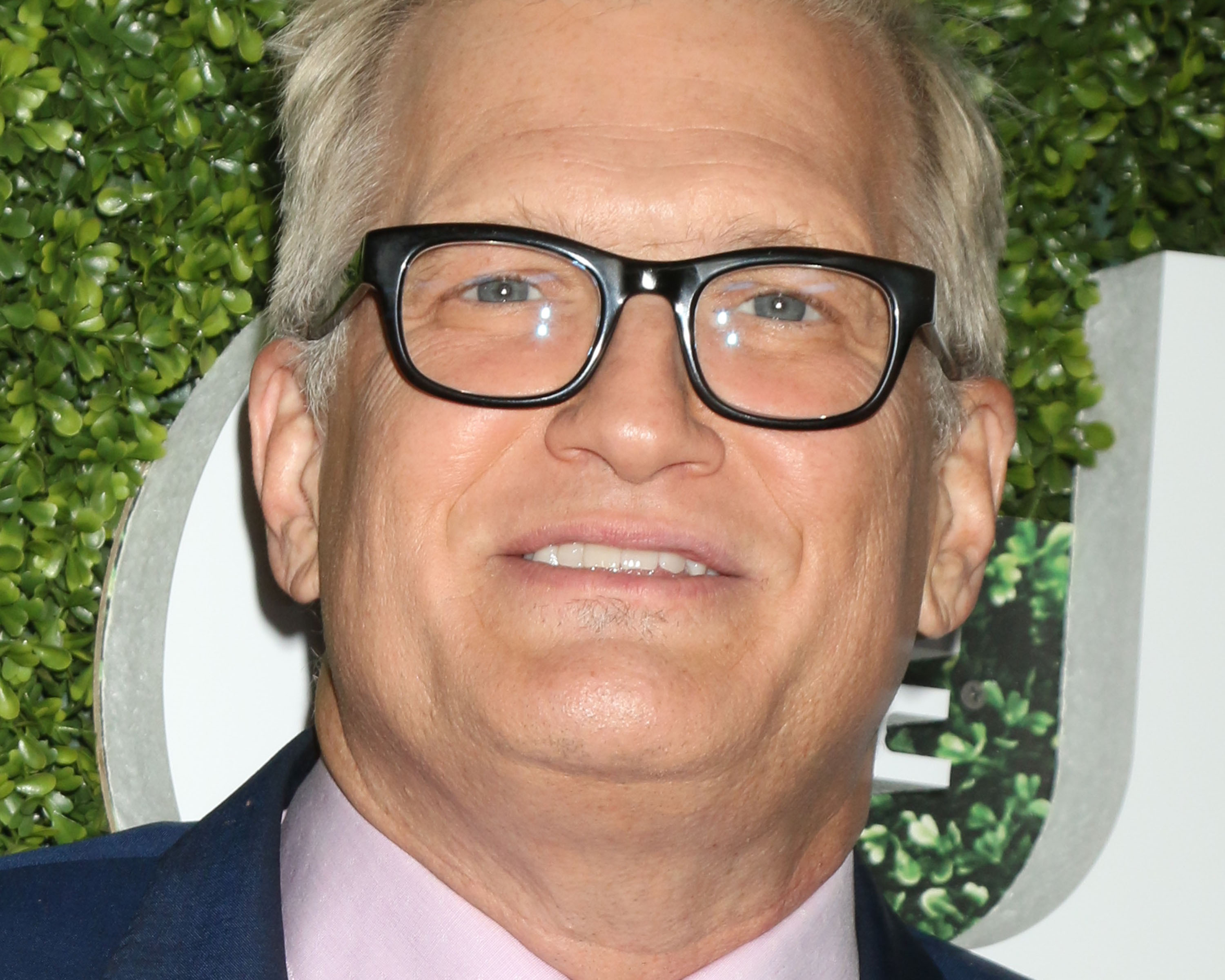 Drew Carey's trademark haircut is a dead giveaway he's a military man. Long before Whose Line is it Anyway? and his eponymous sitcom, the comic served for six years in the United States Marine Corps Reserve. 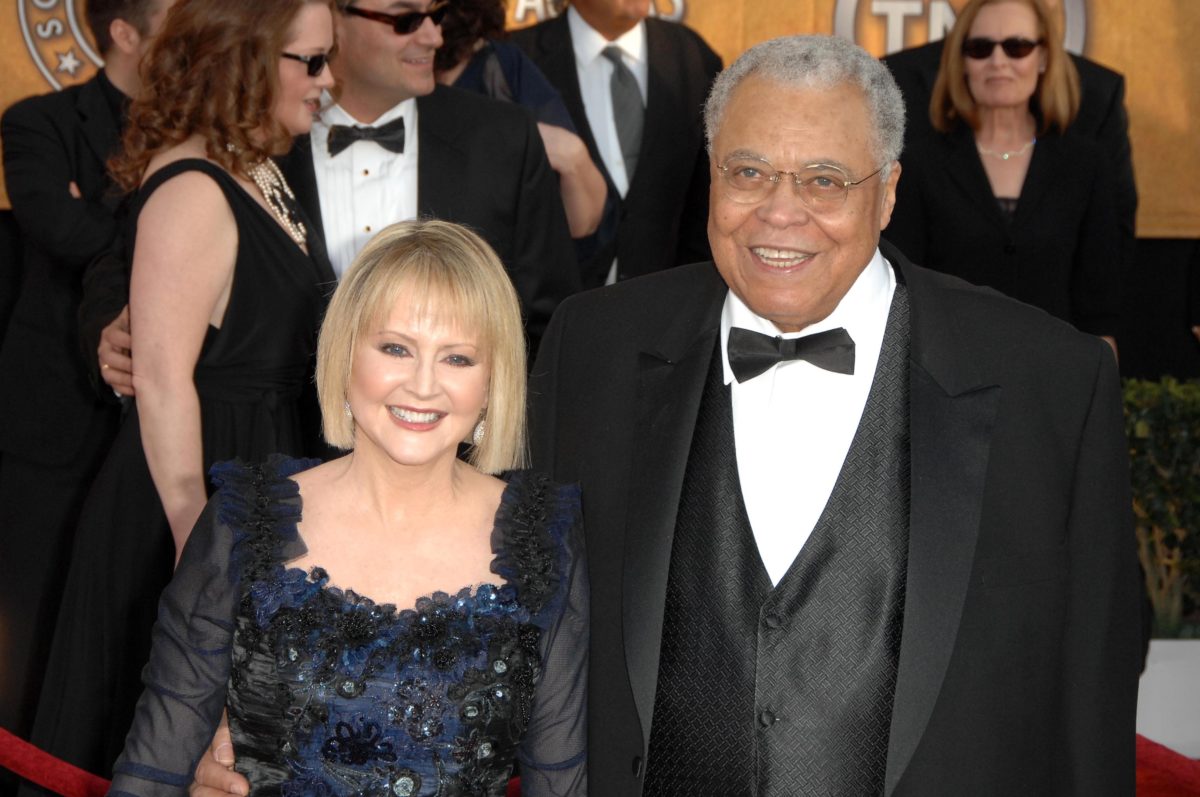 Taking orders from commanding officers more than prepared James Earl Jones for the demands of a movie set. Prior to lending his velvety voice to the iconic role of Darth Vader in Star Wars, Jones served as an ROTC cadet before serving in the United States Army in the early 1950s during the Korean War. Already have Star Wars memorized? Check out these essential movie quotes every man should know. 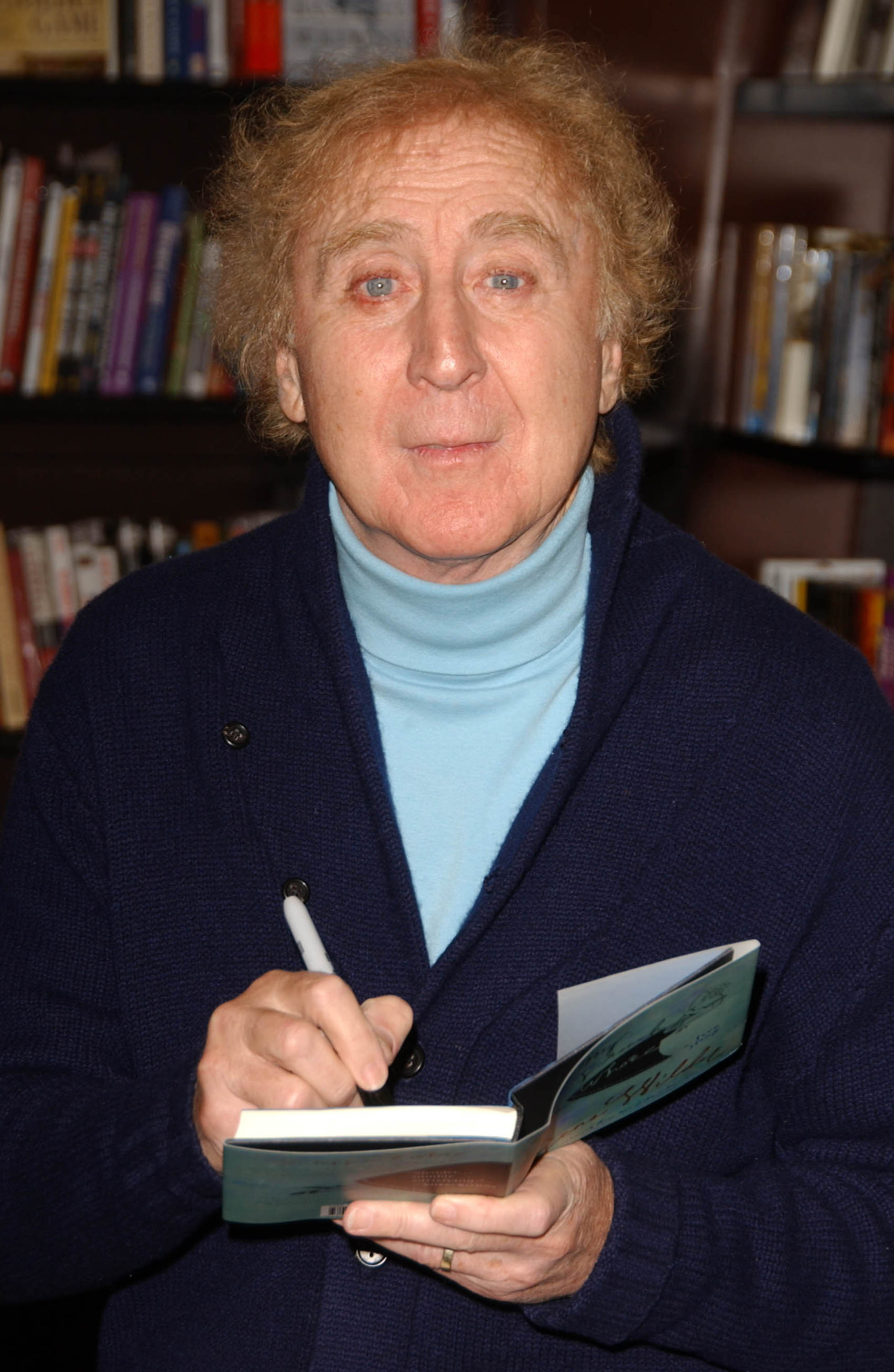 Prior to inhabiting the World of Pure Imagination, Gene Wilder was training as a soldier. Wilder served in the Army's medical corps for a year before committing himself to acting full-time.

The actor-turned-natural-food-entrepreneur was a Navy man before his career in entertainment took off. Paul Newman served in the Navy during World War II, spending time in Hawaii and Japan before returning to his native Ohio to attend college in 1945.

The Man in Black was once the man in fatigues. At the tender age of 18, Johnny Cash (pictured here with Bob Dylan) joined the Air Force, serving in Texas and Germany before receiving an honorable discharge after four years of service in 1954.

At age 17, The King of Cool joined the United States Marine Corps. Serving for three years, Steve McQueen went AWOL before recommitting to the service. McQueen was eventually appointed to the Marines Honor Guard, keeping a watchful eye on President Harry Truman's yacht before he was honorably discharged in 1950.

Before there was Spock, there was the service. Star Trek star Leonard Nimoy was a member of the United States Army Reserve, working his way up to sergeant before being discharged in 1955.

The man who could make reading the phone book sound cool was once using his talents to serve the United States. Prior to his big break, Morgan Freeman spent four years in the Air Force, working his way up to Airman 1st Class, specializing in radar repair during his military tenure.ae0fcc31ae342fd3a1346ebb1f342fcb 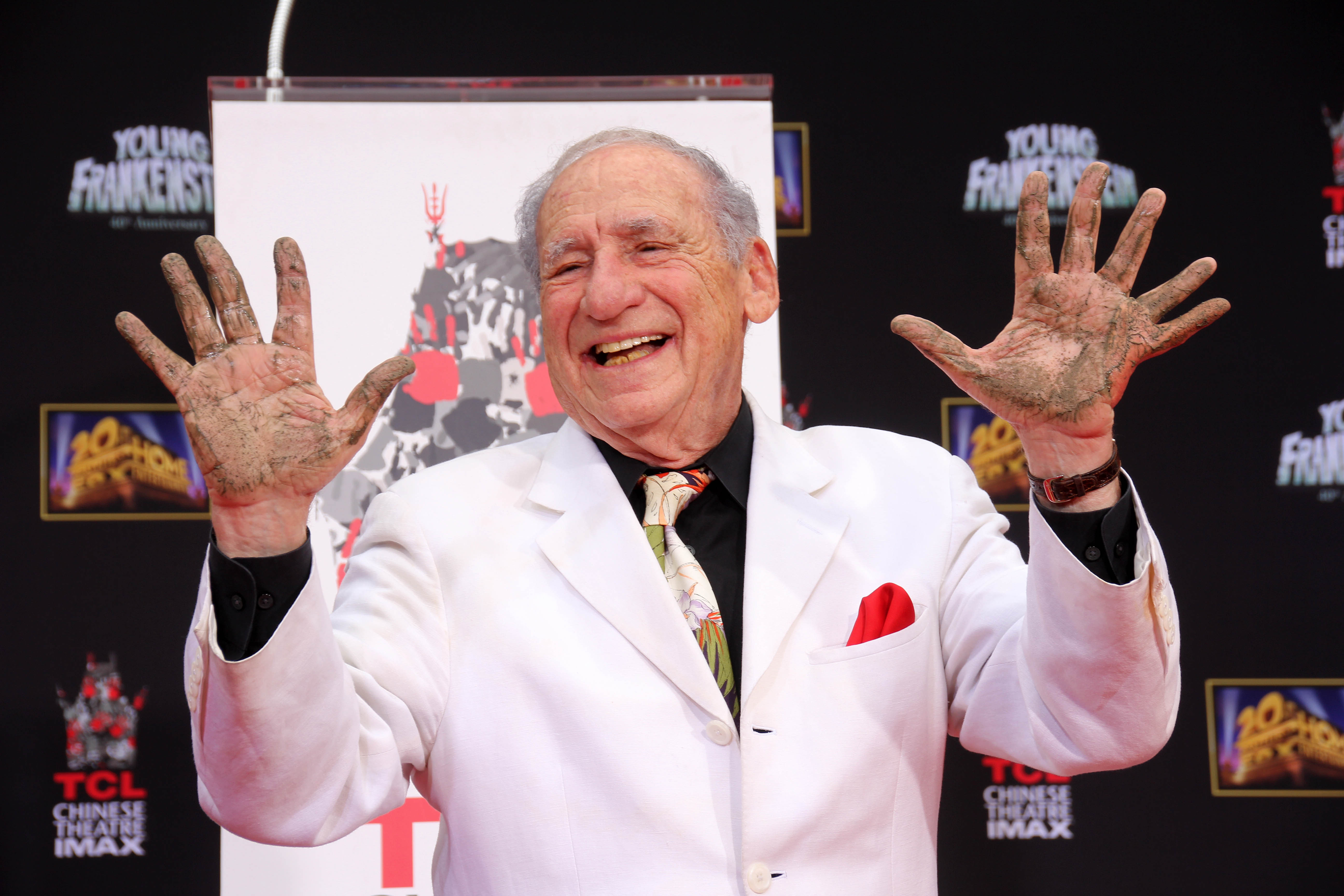 Iconic director Mel Brooks was drafted into the Army one year into his college career. Brooks' Army service worked his way up to the rank of corporal, serving his country during World War II.

Prior to discovering he was too legit to quit, MC Hammer was a petty officer in the Navy. However, his desire to wear loose-fitting pants and no shirt proved too strong and he was given an honorable discharge after serving for three years.

Adam Driver's trademark intensity was learned in the service. Prior to his role as villainous Kylo Ren in Star Wars: The Force Awakens, Driver was in the Marine Corps for nearly three years before an injury led to a medical discharge.

Here's a Chuck Norris fact you probably haven't heard: the Walker, Texas Ranger star was once a member of the military police. Norris enlisted in the Air Force in 1958, serving for four years. It was during his time in the service that he first became interested in martial arts; Norris credits a stint in Korea for inspiring his passion for judo and tang soo do.

Long before he was forcing feuding family members to confront one another in front of a live studio audience, Montel Williams was training in the Marine Corps. Montel served for 15 years between the Marines and Navy, working his way up to lieutenant commander before leaving for his eponymous talk show in the early 1990s.

Jimi Hendrix did a lot in the 27 short years he spent on earth. However, among the more surprising of his accomplishments was his military service, spending a year enlisted as a paratrooper from 1961 to 1962. 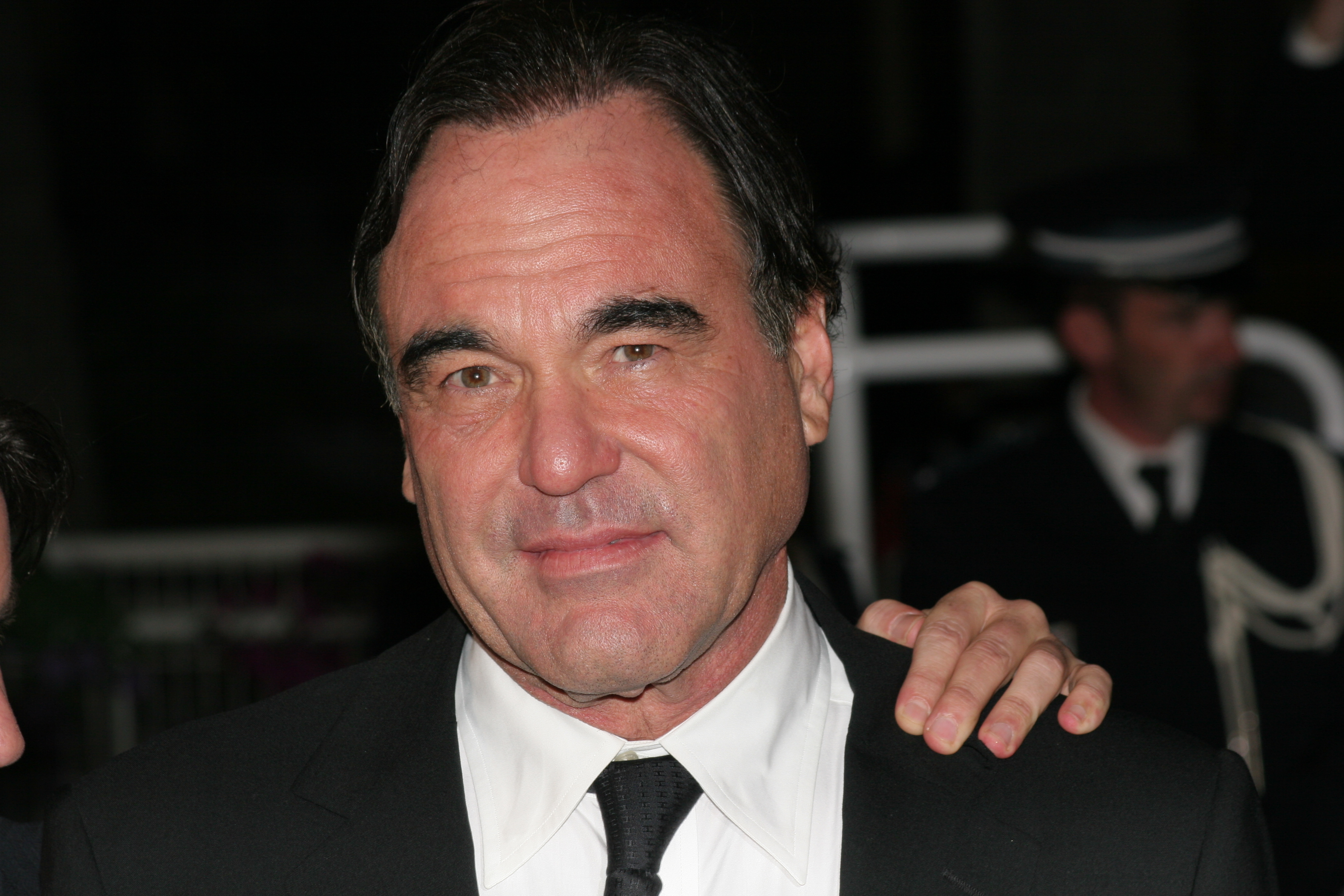 Oliver Stone's gritty portrayal of war in films like Born on the Fourth of July and Platoon stems from the director's lived experience. Before his work in Hollywood, Stone was in the Army, spending over a year serving in the Vietnam War, eventually earning a purple heart for his service.

Before he was the famously-mustachioed star of shows like Magnum P.I., Friends, and Blue Bloods, Tom Selleck was that famously-mustachioed guy in the National Guard. Although Selleck's career in the entertainment industry had already started, with a few commercial and TV roles, he spent six years serving in the 160th Infantry Regiment before setting his sights on acting full-time. 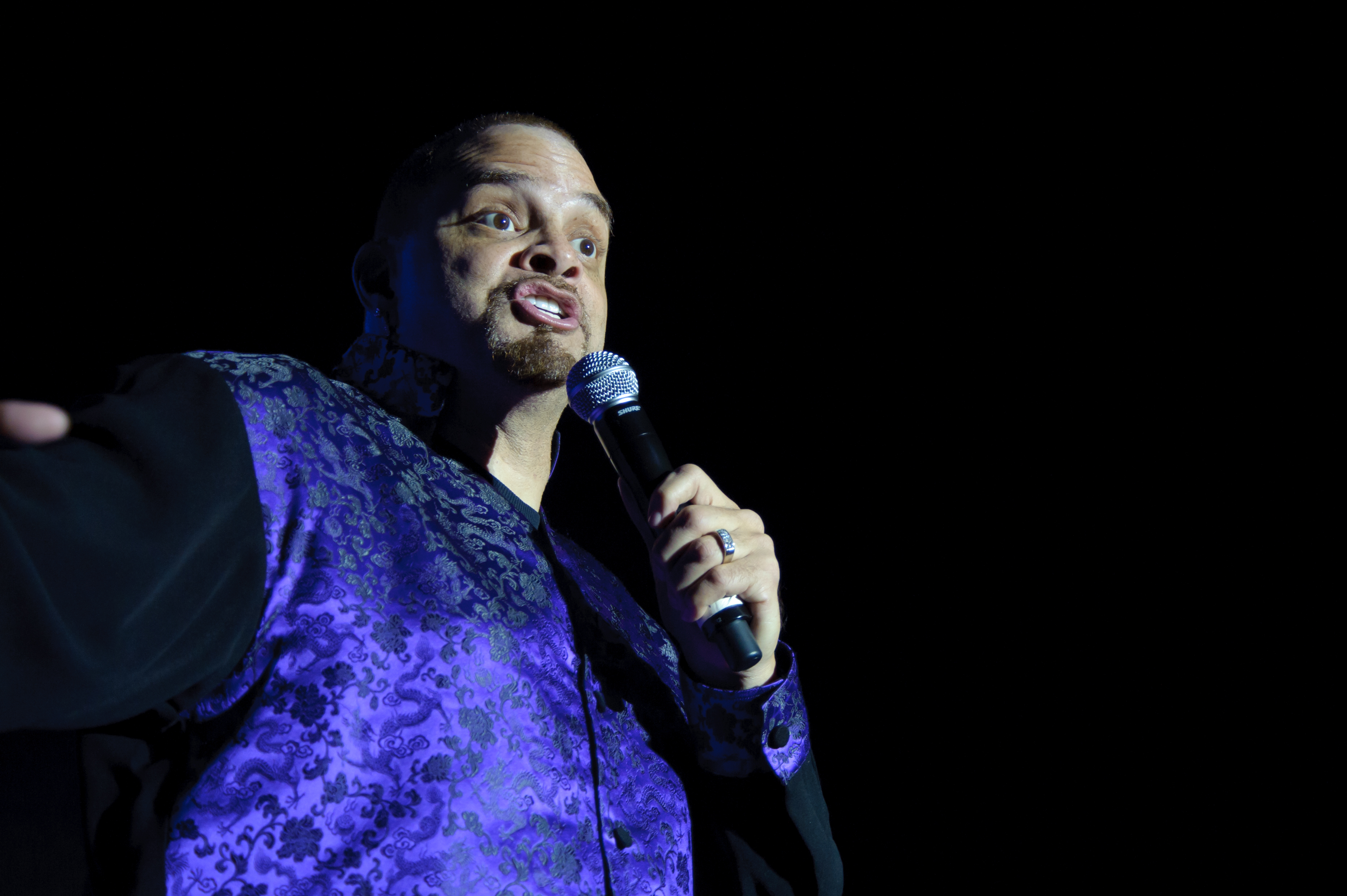 While our shared delusion about a '90s movie starring Sinbad called Shazaam can't be explained, the comic's whereabouts in the early '80s can. Before his comedy career took off, Sinbad served in the Air Force before being discharged after a string of behavior-related incidents.

It wasn't him on the counter, the sofa, the shower, or the bathroom floor, but it definitely was Shaggy in the United States Marine Corps. The "Boombastic" singer earned the rank of lance corporal and even served in the Persian Gulf War.

Sarah Crow
Sarah Crow is a senior editor at Eat This, Not That!, where she focuses on celebrity news and health coverage. Read more
Filed Under
Celebrities
Read This Next
Latest News
Read This Next