20 Iconic Films You Should Have Watched by Now

Skip out on these cultural touchstones at your own peril.

To be culturally—and some would say intellectually—relevant in the modern world, a decent knowledge of the last hundred-plus years of cinema is a requirement. You don't have to be a cinema snob, or even call movie-making "cinema," to increase your cultural cachet and be that guy at the party who reels off obscure facts. You just need to make sure that you've seen these 20 iconic movies on our list at least once. 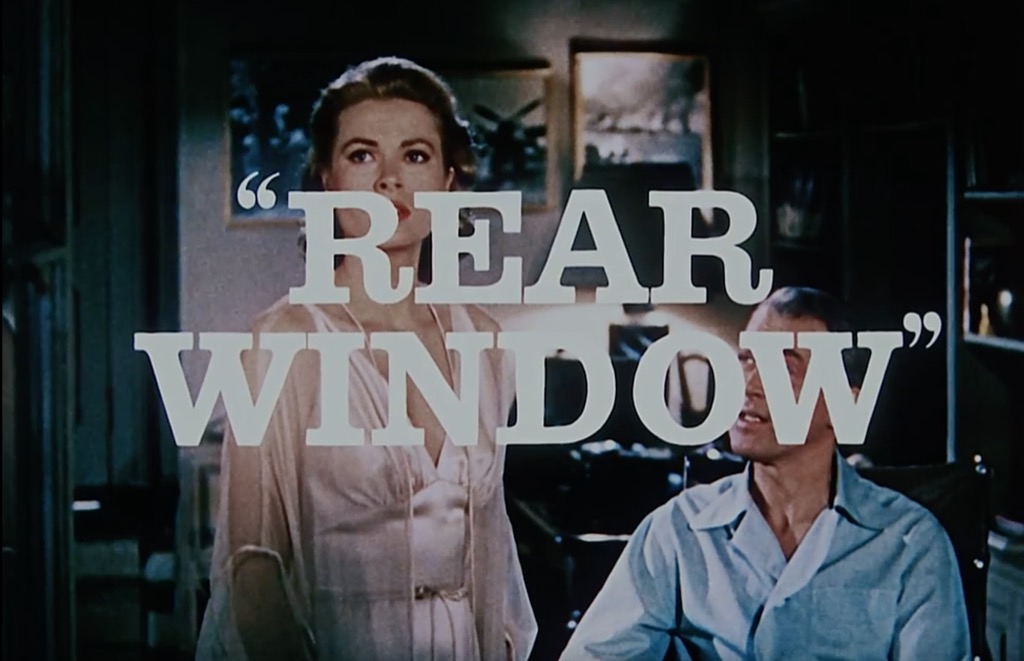 In this iconic movie, L.B. Jeffries (Jimmy Stewart) is a man used to action who's forced to hole up in his NYC apartment after an immobilizing leg break. Instead of doing something constructive, he's drawn into a life of voyeurism and obsession that slowly turns into a murder investigation of his neighbors. Alfred Hitchcock directed this ultimate voyage of suspense and Grace Kelly stars as Jeffries fiancée. 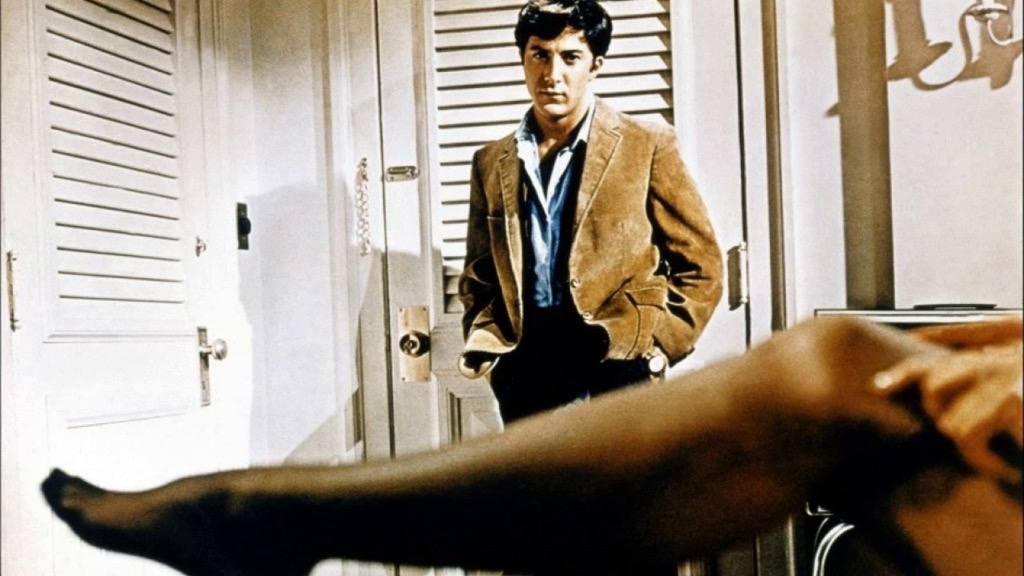 This subversive coming-of-age comedy cemented Dustin Hoffman's star power as the just-graduated Benjamin Braddock who is taking a long California pause to find himself. Trouble comes with the slinkily seductive family friend Mrs. Robinson (Anne Bancroft) and a concurrent affair with her daughter, who he falls in love with. Little known fact, Bancroft was actually only a few years older than Hoffman, proving that people can still succeed after 40. 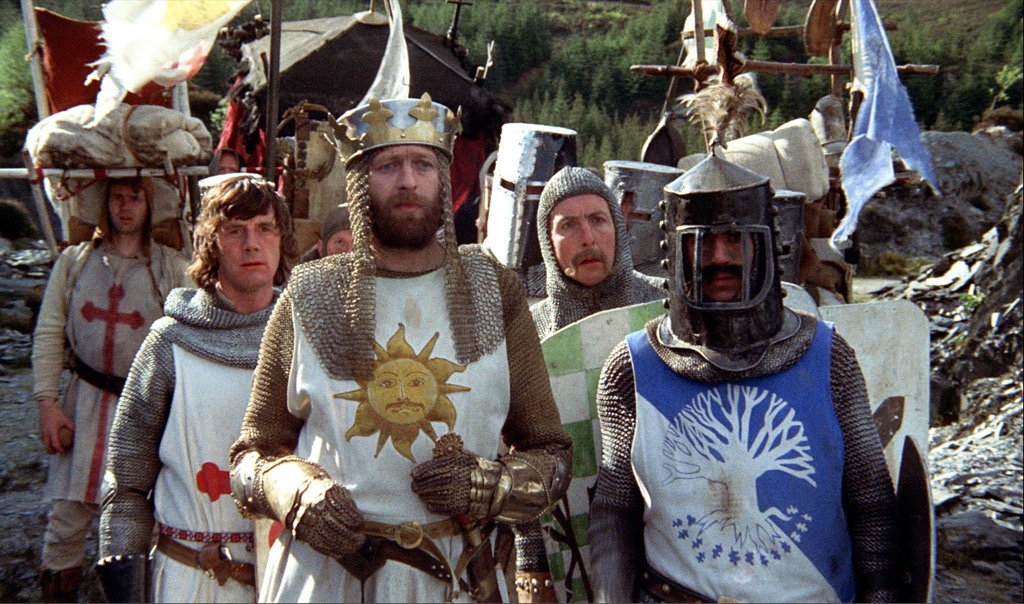 The absurdity of Monty Python's antics is on full display in this send-up of Arthurian lore, complete with a murderous white rabbit that wipes out a few knights, a Bridge of Death laden with loaded questions, and encounters with foppish French soldiers who lob silly taunts like cruise missiles. It features the whole ridiculous group: Graham Chapman, Terry Gilliam, Eric Idle, Terry Jones, Michael Palin, and John Cleese. 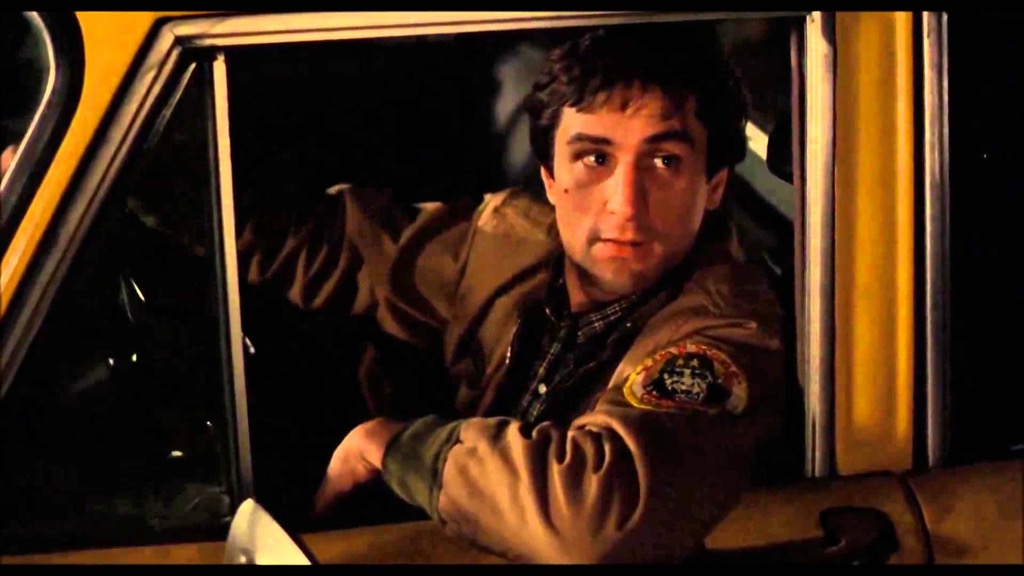 Travis Bickle (Robert De Niro) rampages through this iconic movie as a Vietnam soldier turned New York City hack driver who just wants to make some kind of connection with something besides his own simmering violence. Martin Scorsese filmed this dank, black-and-white ode to John Ford's 1956 The Searchers with lots of long, slow scenes at night that scour the '70s Manhattan underbelly. Jodi Foster plays a 12-year-old prostitute "rescued" by Bickle. 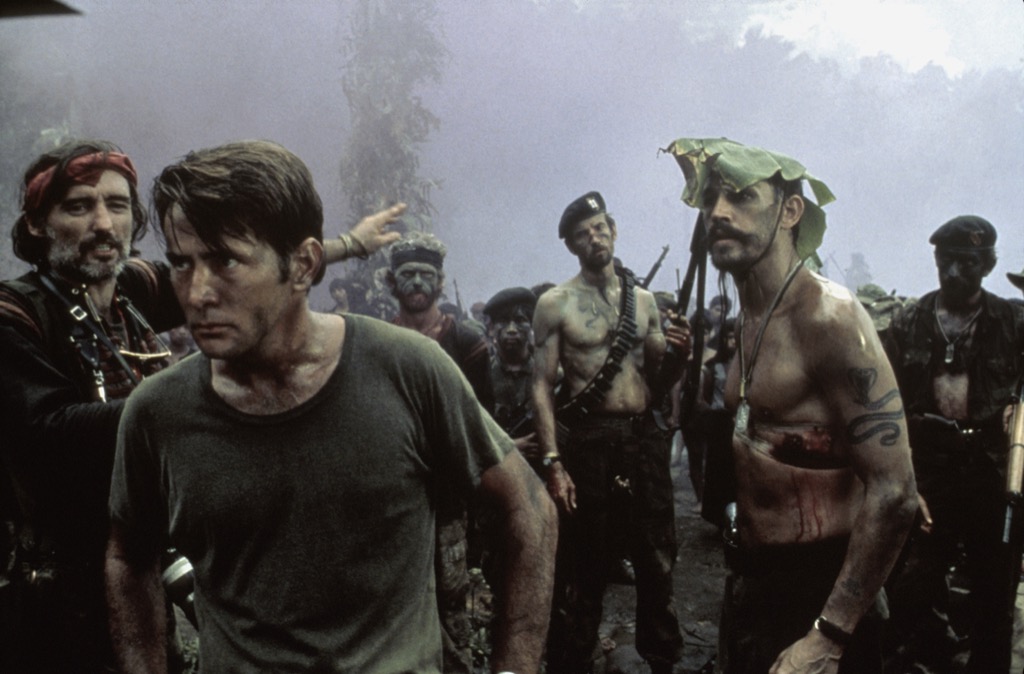 Probably the greatest war film ever made, it was partly financed by $30 million of director Francis Ford Coppola's own money and he suffered a seizure, nervous breakdown, and even threatened suicide during filming in the Philippines. Loosely based on Joseph Conrad's Heart of Darkness, the film sets up an epic Vietnam War showdown between wiry Special Ops agent Benjamin Willard (Martin Sheen) and rouge Army Colonel Walter Kurtz (Marlon Brando) as he lords over a jungle camp of native soldiers. 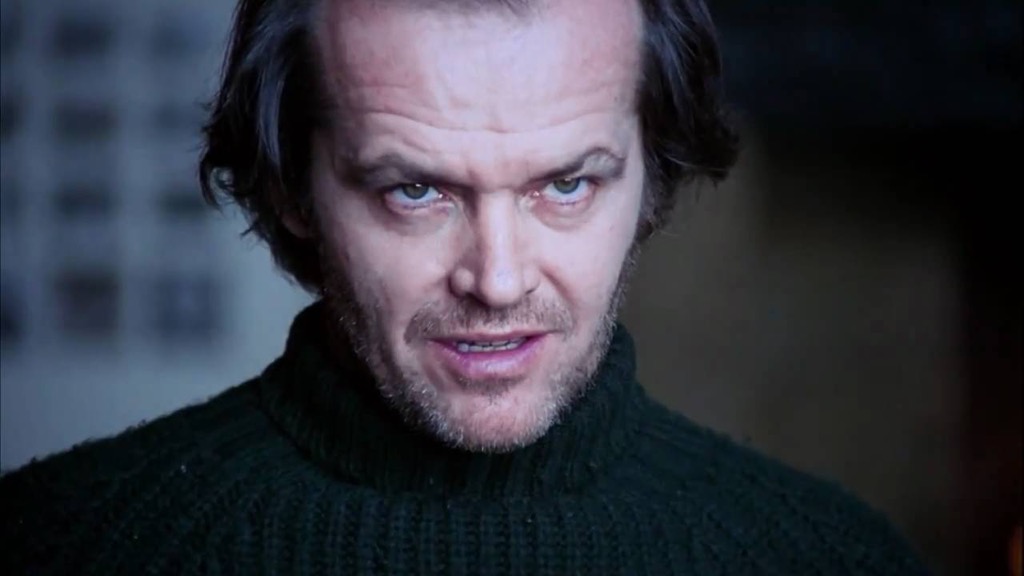 Based off of horror-master Stephen King's novel of the same name, this Kubrickian nightmare of a coldly amazing movie is one of the best psychological thriller/horror movies ever made. Though King wasn't a fan, Stanley Kubrick turns Jack Torrance (Jack Nicholson) into a calculating and chilling killer who stalks his family from inside an empty, haunted Colorado hotel that's snowbound in the dead of winter. A final, fatal tramp through a frozen labyrinth outside of the evil resort chills to the bone. 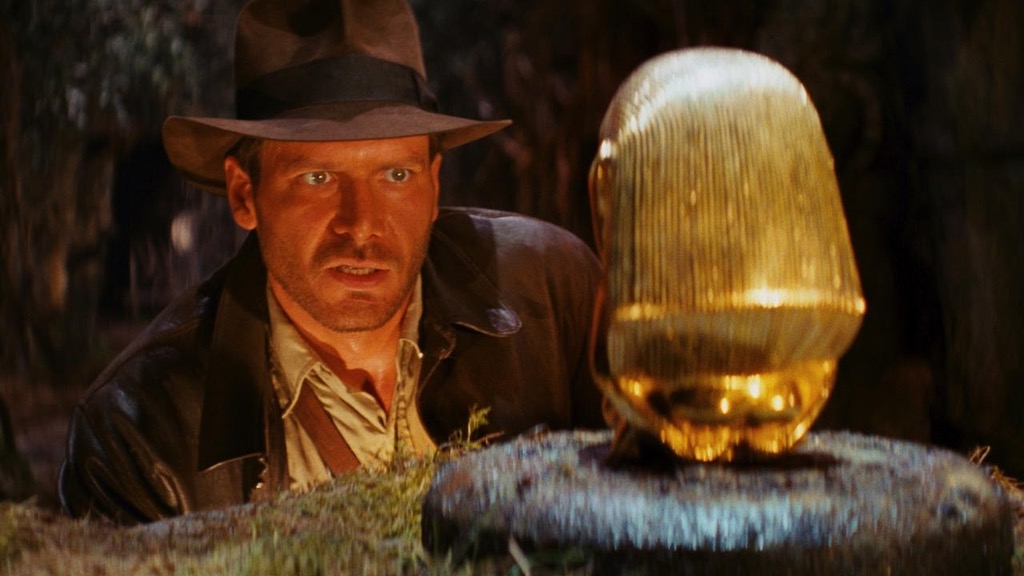 This Steven Spielberg-helmed nod to the serial films of George Lucas's youth, who provided the story, is considered one of the greatest action-adventure movies of all time. It follows roguish history professor and antiquities aficionado Henry "Indiana" Jones (Harrison Ford) as he liberates golden idols in the jungles of South America, breaks hearts, and beats up Nazis in the ultimate quest to find the Ark of the Covenant, a Biblical doomsday weapon.

Bursting on to early '80s screens to little acclaim, this fully-realized and imagined future shock of a damaged and partially destroyed Los Angeles in 2019. Synthetic humans called replicants designed to do the most dangerous (and degrading) work for humans have infiltrated society and Rick Deckard (Ford) has to hunt them down without regard for their nascent dreams of humanity. This ground-breaking film informed everything from cyberpunk to video games. 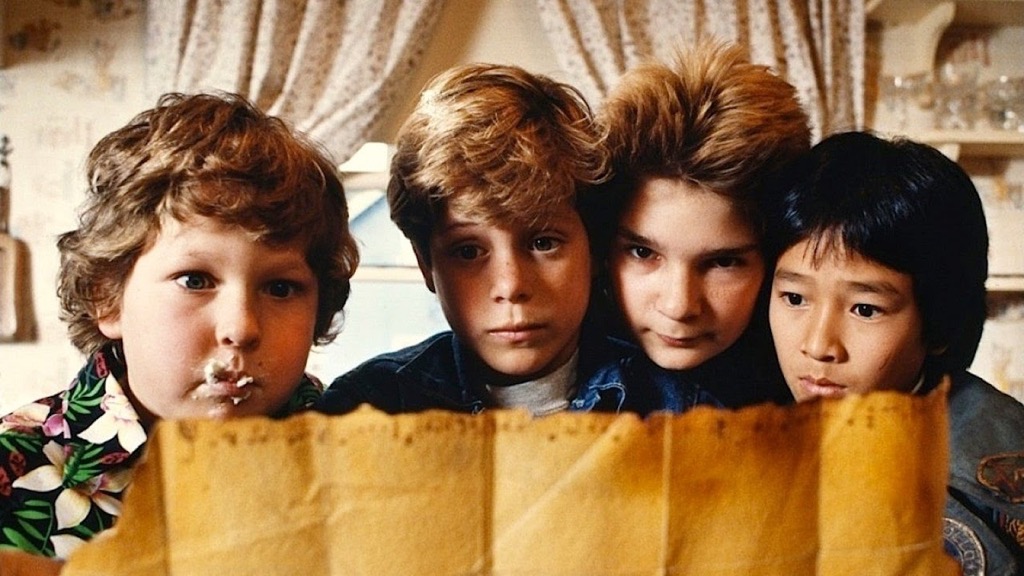 In a rollicking adventure reminiscent of a fully-fleshed-out theme park ride, this Richard Donner-directed kids' action movie follows a group of marginalized misfits as they try to track down elusive pirate treasure to help save their neighborhood from the evil expansion of the local country club. The stand-out cast features Sean Astin, Josh Brolin, Corey Feldman, and Martha Plimpton among others as they go underground to dodge One-Eyed Willy's numerous booby traps. 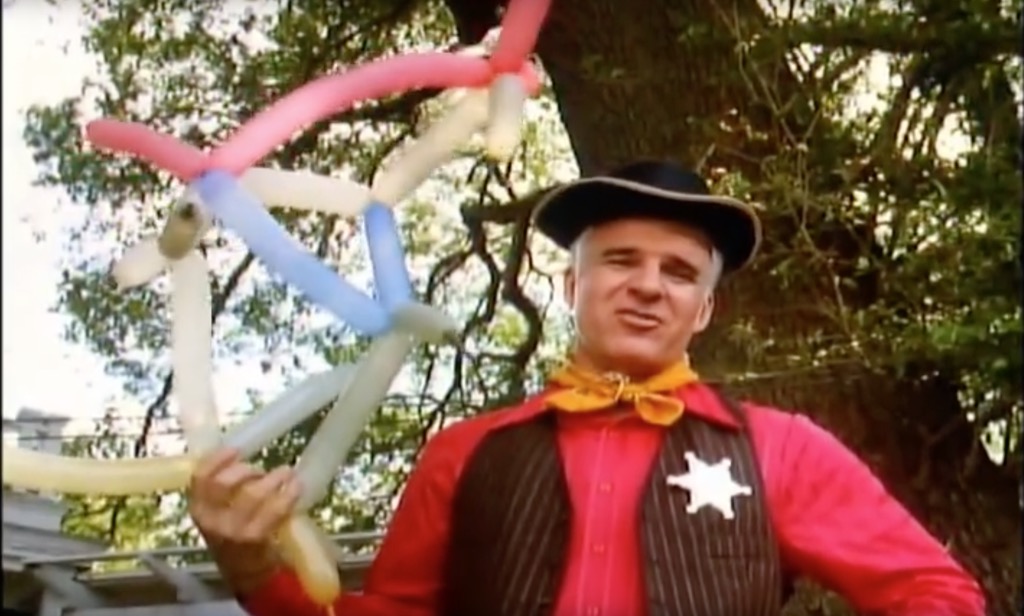 One of the most underrated films of all time. This honest, yet hilarious, look at the travails of parenting from director Ron Howard subtlety pushes the comedy form far past the truth-telling that dramas try (and often fail) to approach. It impresses with interweaving stories about multiple generations of family members trying to navigate increasingly messy lives in middle-class suburbia as kids grow and mature, parents split and denature, relatives lie and disappoint. Compelling and content performances by Steve Martin, Mary Steenburgen, Jason Robards, and Rick Moranis round out a truly satisfying film.

Though this prison drama didn't excite many when it hit the theaters, it's deep philosophical look at life, violence, hope, and yes, redemption, eventually led it to a huge following and gave it a long life after it faded from the box office. Another great film based on a King story, this Frank Darabont–written and directed movie features Tim Robbins and Morgan Freeman both trying to learn how to navigate a life locked up while yearning to be free. Also, if you've had cable only briefly during the last 20 years, you've definitely seen this film. 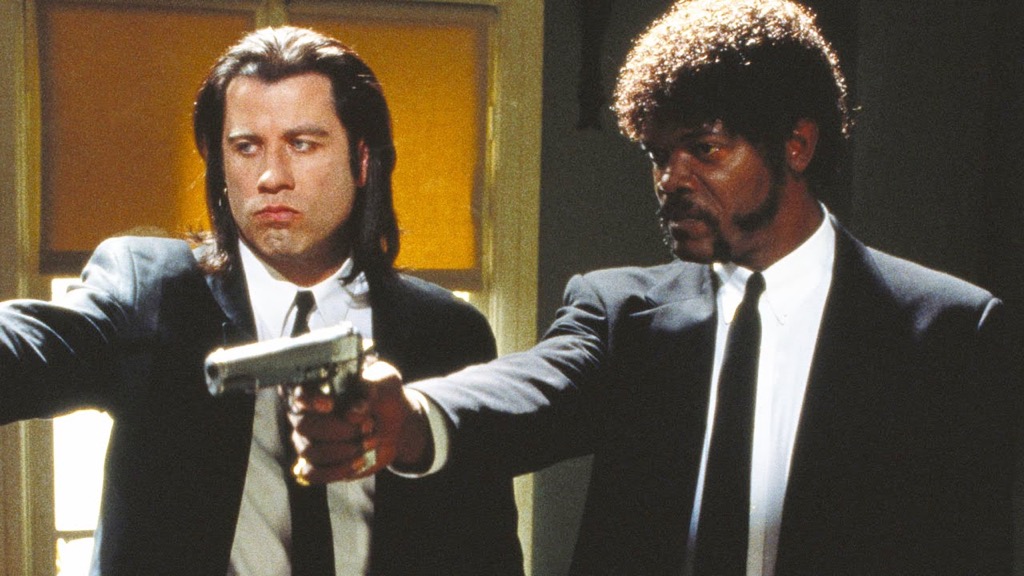 Quentin Tarantino blew up when this slap-in-the-face of a movie rocked audiences in the mid '90s. It's a non-linear, fast-talking, chopper ride of a film featuring gangsters, boxers, babes, drugs, dealers, deadbeats, and death set to a superior soundtrack and filled with characters trying to transcend their predicaments. John Travolta's career was resurrected by his portrayal of a dopey hitman, and partner Samuel L. Jackson's ability to chew up the scenery with conviction.ae0fcc31ae342fd3a1346ebb1f342fcb 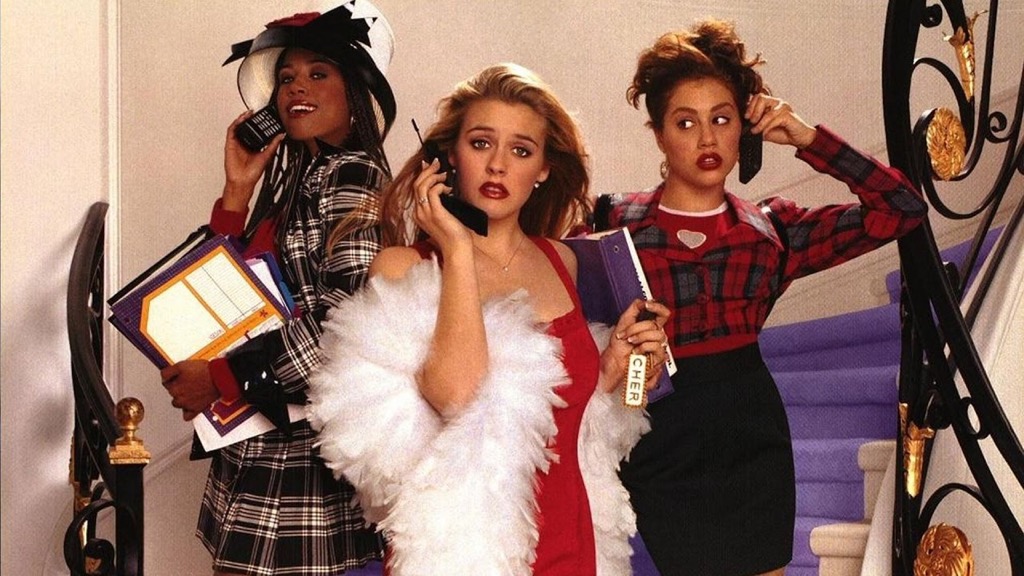 Bright and bursting with Southern California color and sass, this teen-dream drama doesn't lay it on thick like most coming of age comedies, it's a smart take on a wealthy fantasyland where everyone is in on the self-absorbed joke. Cher Horowitz (Alicia Silverstone) blithely blunders and plunders her way through high school life in Beverly Hills with her constant companion Dionne Davenport (Stacy Dash) as they give the new girl (Brittany Murphy) tips on becoming popular. 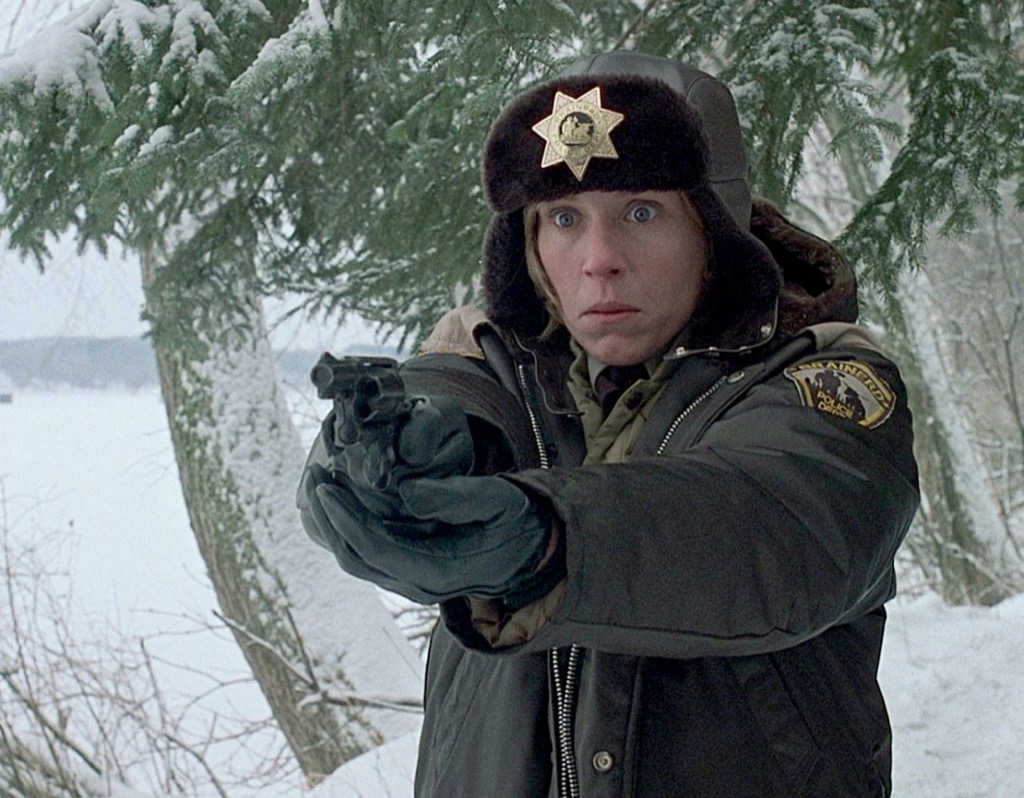 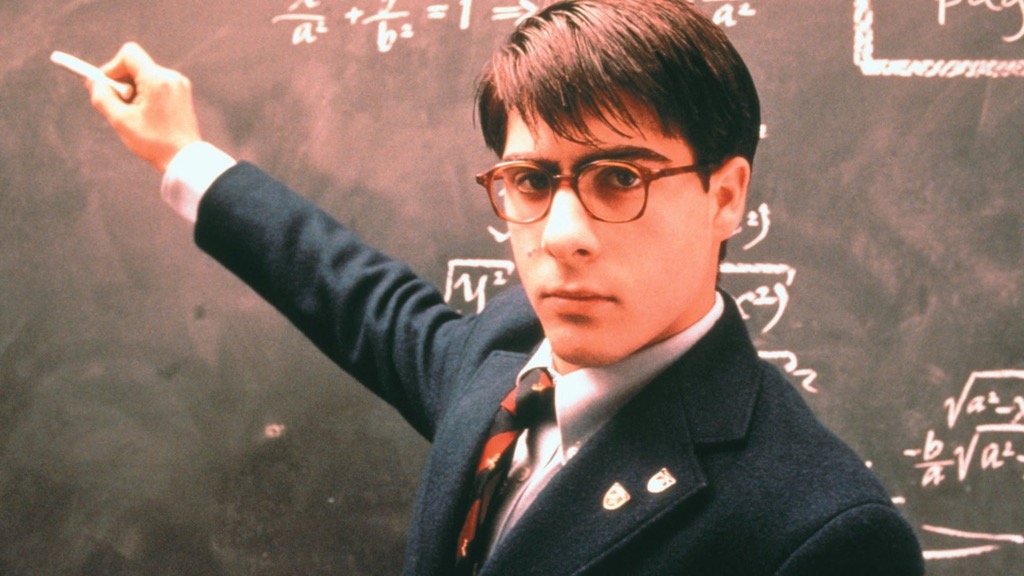 A wry, self-deprecating look at the harried and hectic life of Max Fischer (Jason Schwartzman) as he tries to do everything and yet not much of anything while wooing a first-grade teacher at his fancy private school, Rushmore Academy. As a secret outsider (he's on scholarship, his dad's a barber) he competes with steel magnate Blume (Bill Murray)—whose kids attend the school—for the teacher's affections in this offbeat paean to misguided misfit masterminds. 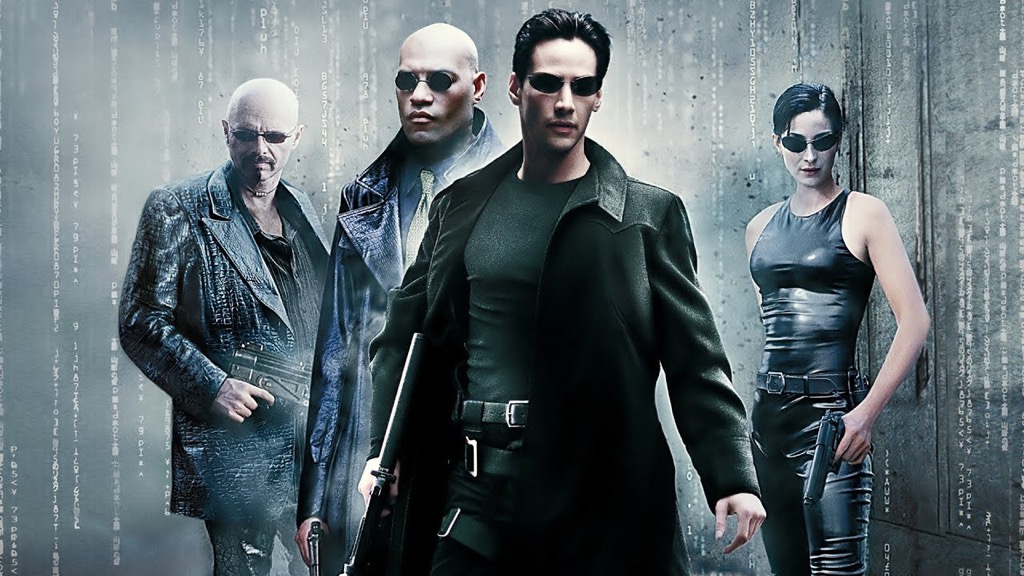 Take the red pill and find out how the machines have made us their slaves in this sci-fi, cyberpunk thriller that has slowly become an iconic look at the way digital life has pulled the wool over our eyes in real life. In the future, we become batteries to run the computers that run the simulations that make our lives seem safe and secure, but Neo (Keanu Reeves) and his band of black-leather-clad insurgents mount a rebellion to return us to reality.

Directed by David Fincher and based off of Chuck Palahniuk's novel of the same name, this brutal, hilarious, and thought-provoking movie looks at how the expectations of a milquetoast modern life can drive men to extremes. Though filled with the sweat, slicked bodies, blood, grime, sex, and of course, fighting that will draw a crowd, the film is a cautionary tale for those who indulge in the urge to just go crazy when confronted with drudgery. Brad Pitt and Edward Norton star, and the former's chiseled abs changed the way leading men had to prepare for movies forever. 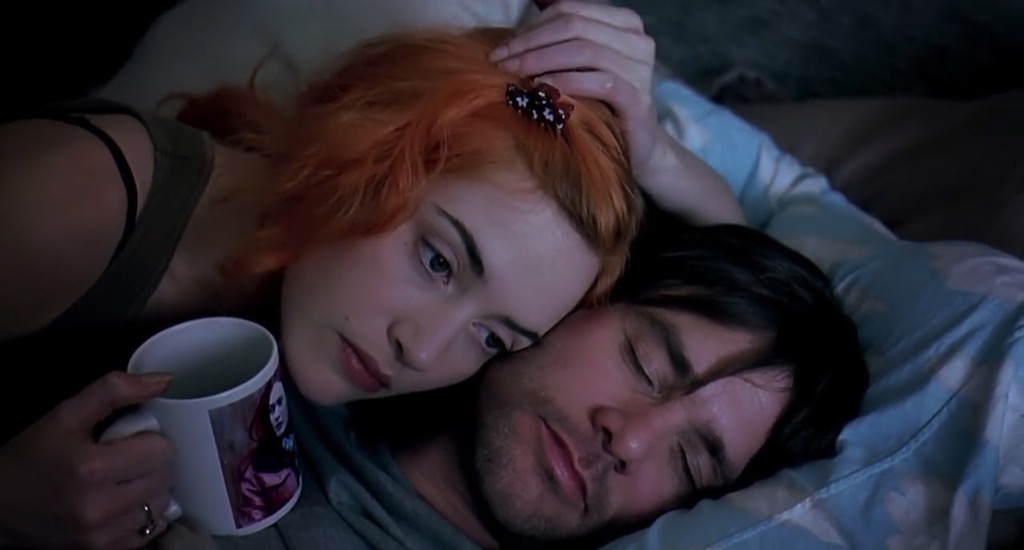 Gifted screenwriter Charlie Kaufman (Being John Malkovich, Adaptation) wrote this meditation on the limits of identity and how far you will go to delete your tortured memories of another life. Starring Jim Carrey (Joel Barish) and Kate Winslet (Clementine Kruczynski) as star-crossed lovers who end up crossing again even though they both had their minds wiped of their time together. 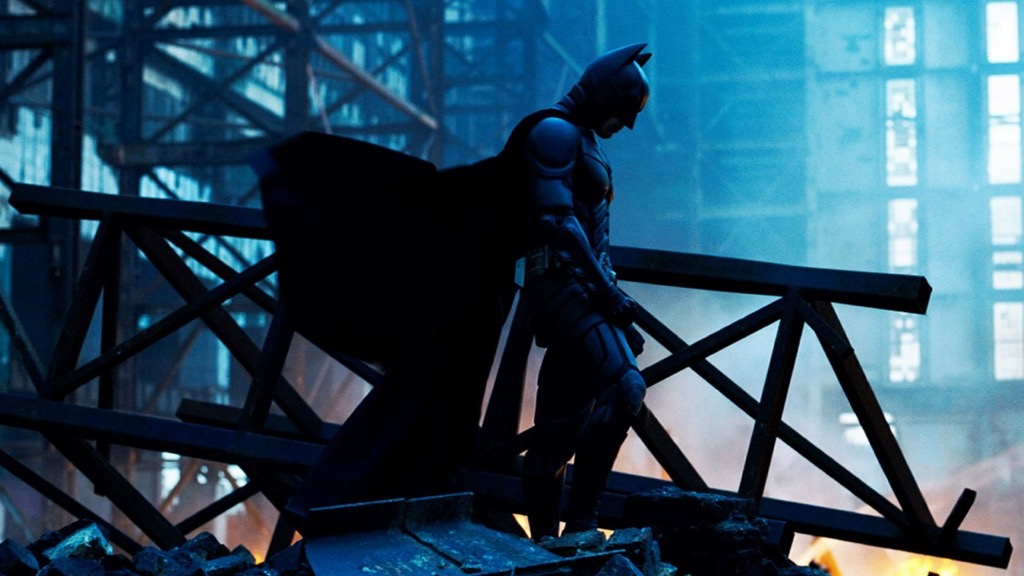 The modern superhero movie was created when director Christopher Nolan dropped this hauntingly dark and daring action extravaganza. Though filled with astonishing special effects and extraordinary cinematography, this comic book caper dives deeper into the character's cruelties, compromises, and complexities. Heath Ledger as the Joker puts in a riveting and righteous final performance in this iconic movie before his untimely death. 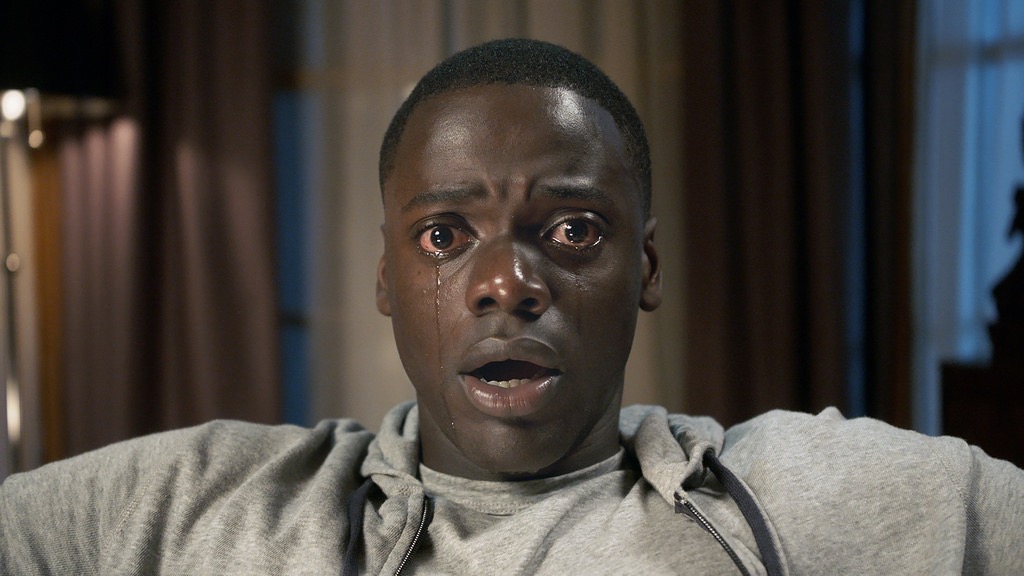 An unsettling and audacious jump into the horror genre, this awesome debut effort written and directed by comedian Jordan Peele switches and turns and upends the tables on multiple fronts. Racial tensions abound throughout the movie as a black man named Chris (Daniel Kaluuya) uneasily visits the parents of his white girlfriend, Rose (Allison Williams), in suburban, Obama-loving heaven. Menace builds, tension rises, and the final act brings the welcome insanity in one of the most prolific movies everyone has seen.