Celebrity culture changes in an instant. One minute, you're selling out stadiums or packing movie theaters and the next, you're trying to sell $30 headshots at conventions, telling anyone who will listen what a big deal you used to be. While you can't always predict a fall from greatness, smart celebs do their best to prepare.

For stars who know just how quickly a knee injury can torpedo an athletic career or those who come to realize how few and far between roles for actresses over 35 really are, a regular job starts to look pretty appealing. These celebs have found their second (or third) acts away from the spotlight and are better off for it. 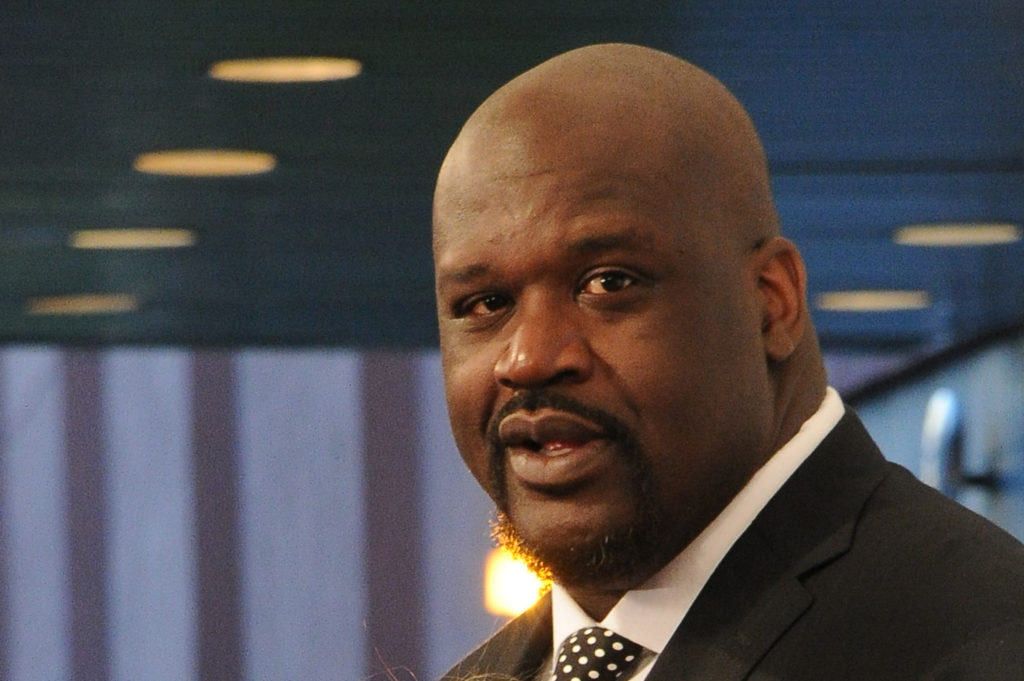 Everyone's favorite basketball player, novelty rapper, and Icy Hot salesman has had a surprisingly fruitful career away from the spotlight. After retiring from sports, Shaq earned his MBA and a doctorate in education. He's also been an honorary sheriff's deputy in Georgia, and reignited his musical career with a recent track about LaVar Ball.

Child star Charlie Korsmo, best known for his work in Hook and as bullied-teen-turned-cool-kid William Lichter in Can't Hardly Wait, has had an impressive post-Hollywood follow-up. After passing the bar and working as a lawyer in New York City for a number of years, Charlie (who now goes by Charles) was hired as a law professor at Case Western Reserve University. 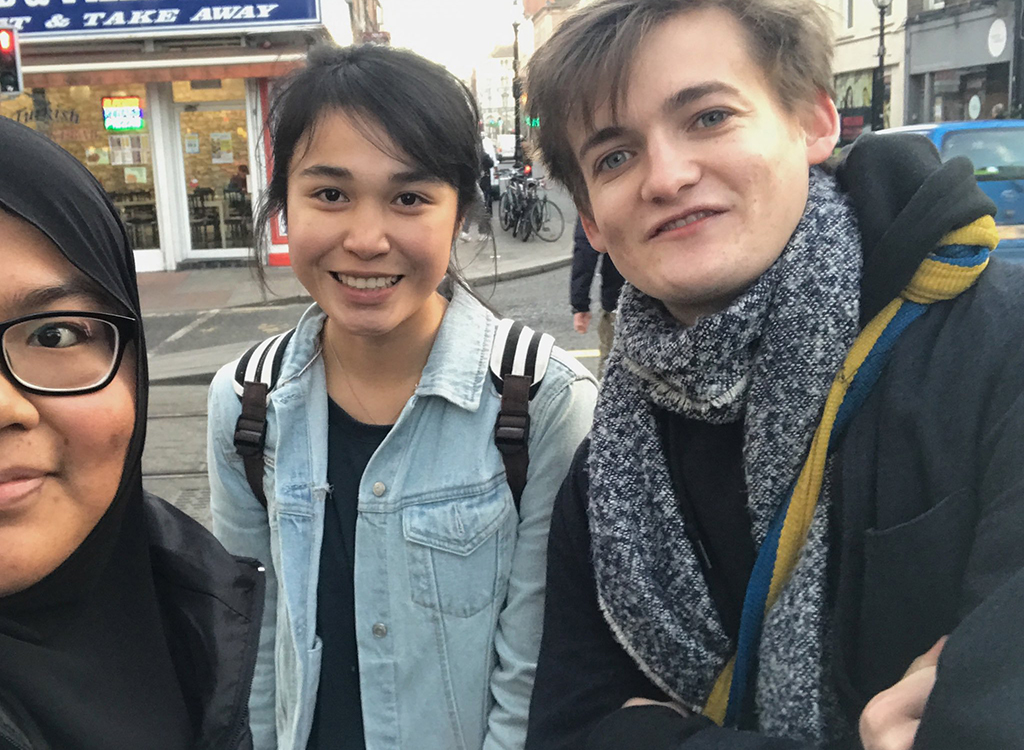 King Joffrey may have had a less-than-pleasant ousting from his royal position, but in real life, actor Jack Gleeson left Game of Thrones on good terms. After playing the evil boy-king for three years, Gleeson left acting behind, opting to pursue an academic career at Trinity College in Dublin, where he studied philosophy and theology. 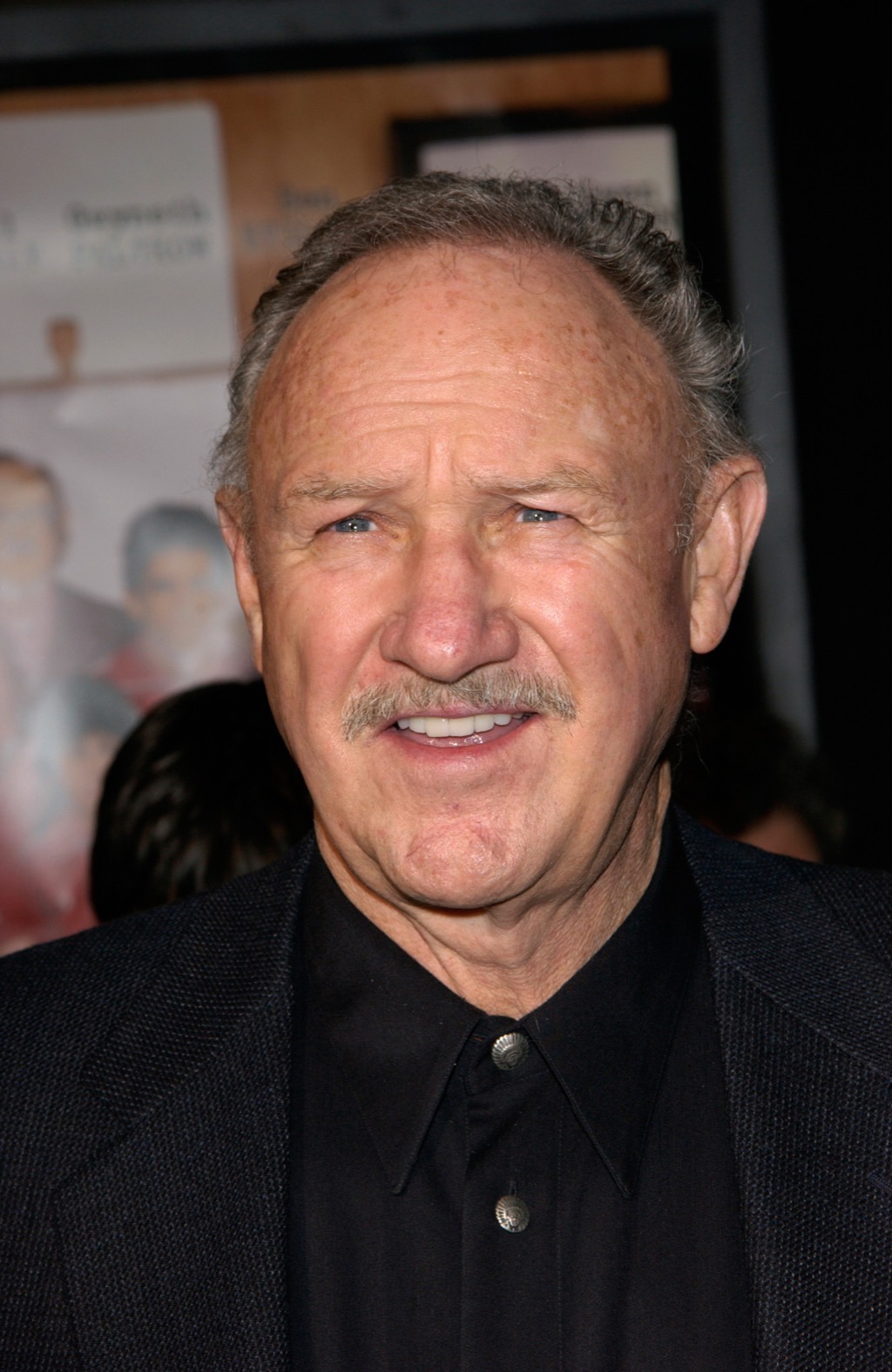 After nearly half a century acting, Gene Hackman, the star of films like Bonnie & Clyde and The Royal Tenenbaums, decided to lend his talents to the written word. In his second act as a novelist, the 87-year-old Oscar winner has had five well-received novels published by Simon & Schuster and St. Martin's Press. 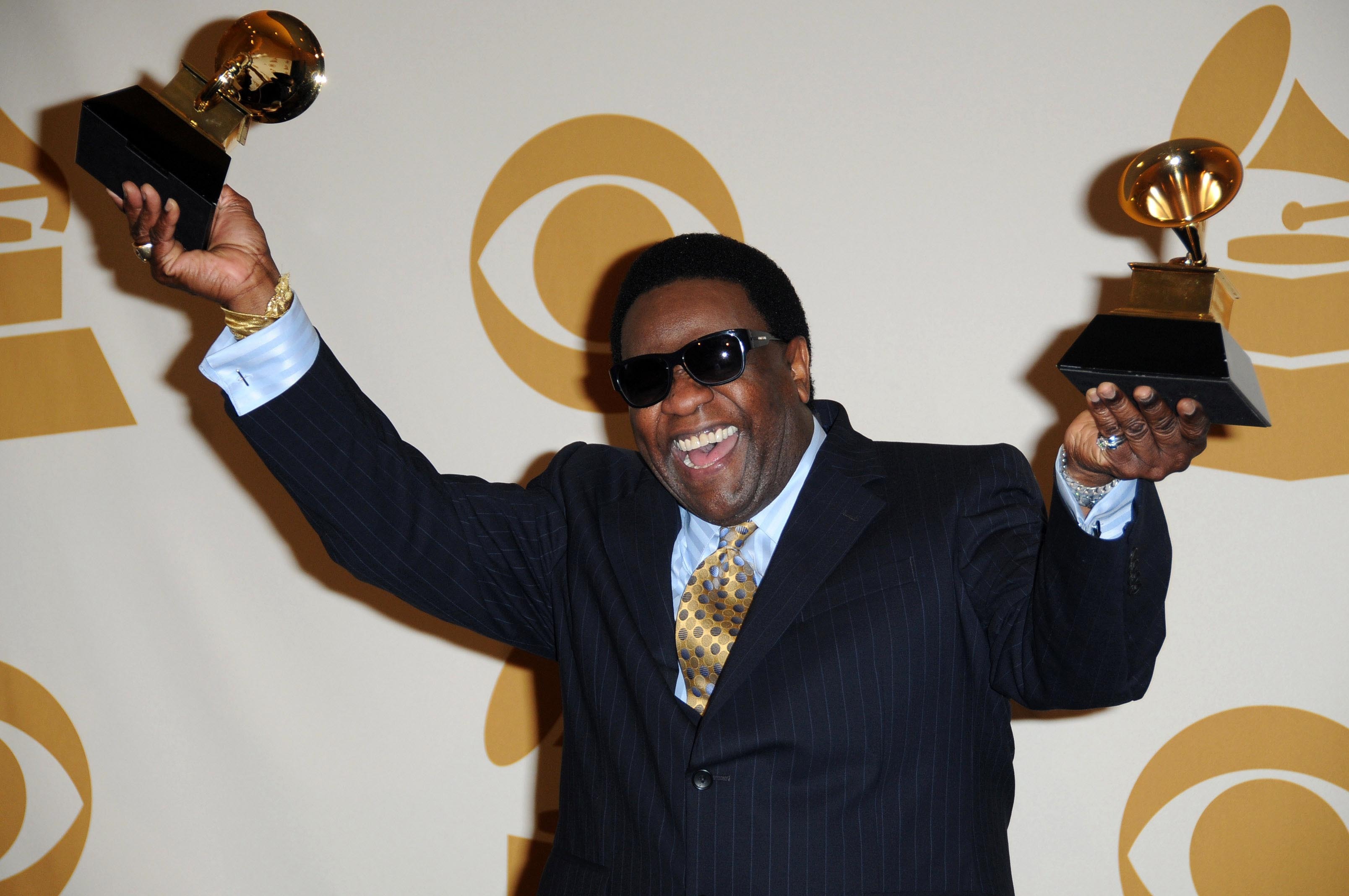 While Al Green's music may have once been all about getting down, these days the soul singer is all about God. Today, the "Let's Stay Together" star preaches at the Full Gospel Tabernacle Church in Memphis, Tennessee. 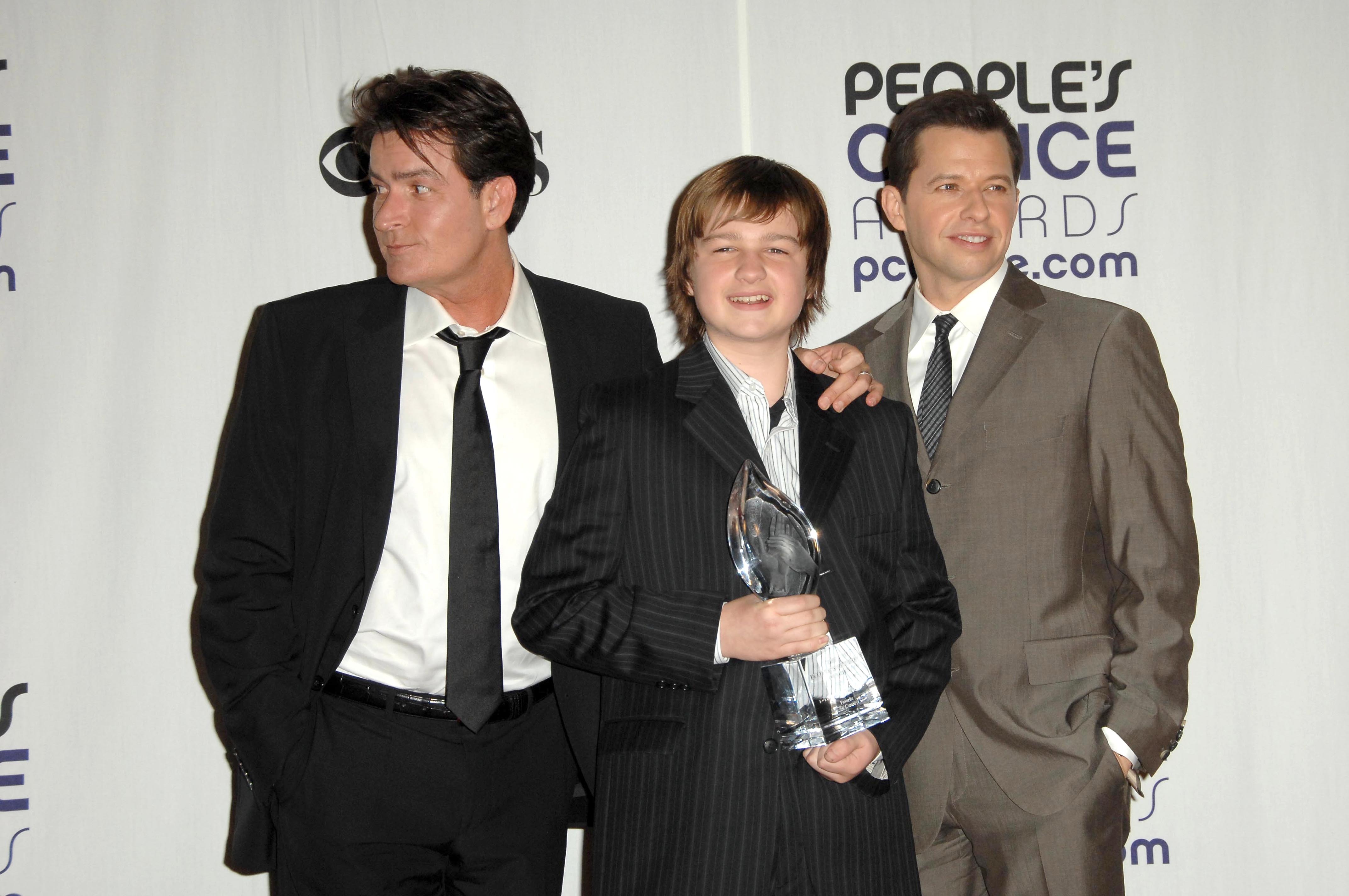 Working with Charlie Sheen for the better part of your formative years could turn anyone against showbiz. Such was the case with former Two and a Half Men star Angus T. Jones, who ditched acting at age 21. These days, Jones is working on the management side of Tonite, a production company co-run by Diddy's son, Justin Combs. 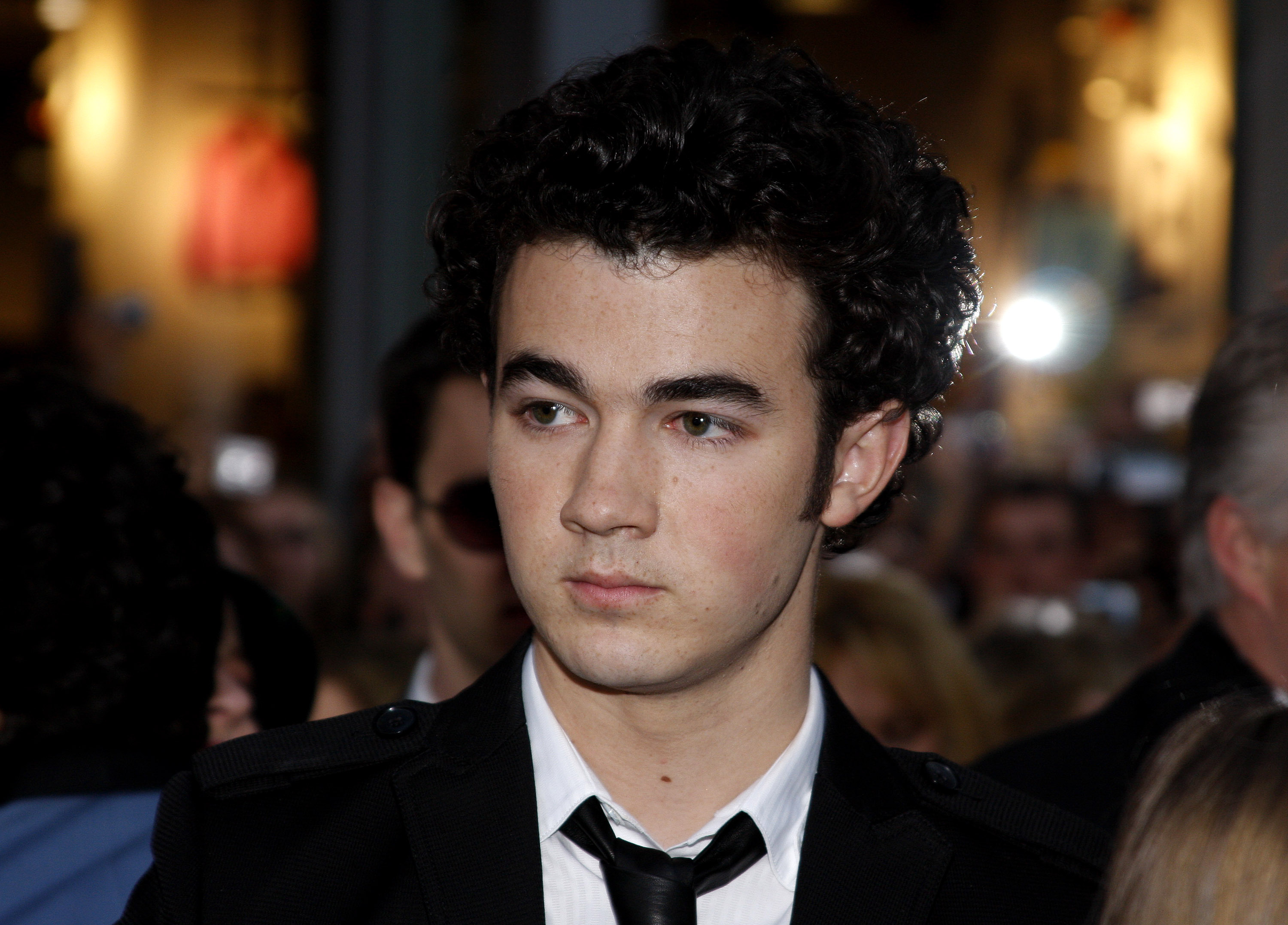 One brother is engaged to Sansa Stark, one keeps dropping trou on magazine covers, but Kevin Jonas has left the spotlight behind for life as a family man. The eldest Jonas now works as a contractor in New Jersey, where he co-owns JonasWerner Homes, a custom home-building company. He's also dad to two little girls with wife Danielle, whom he met at the height of his JoBros fame. 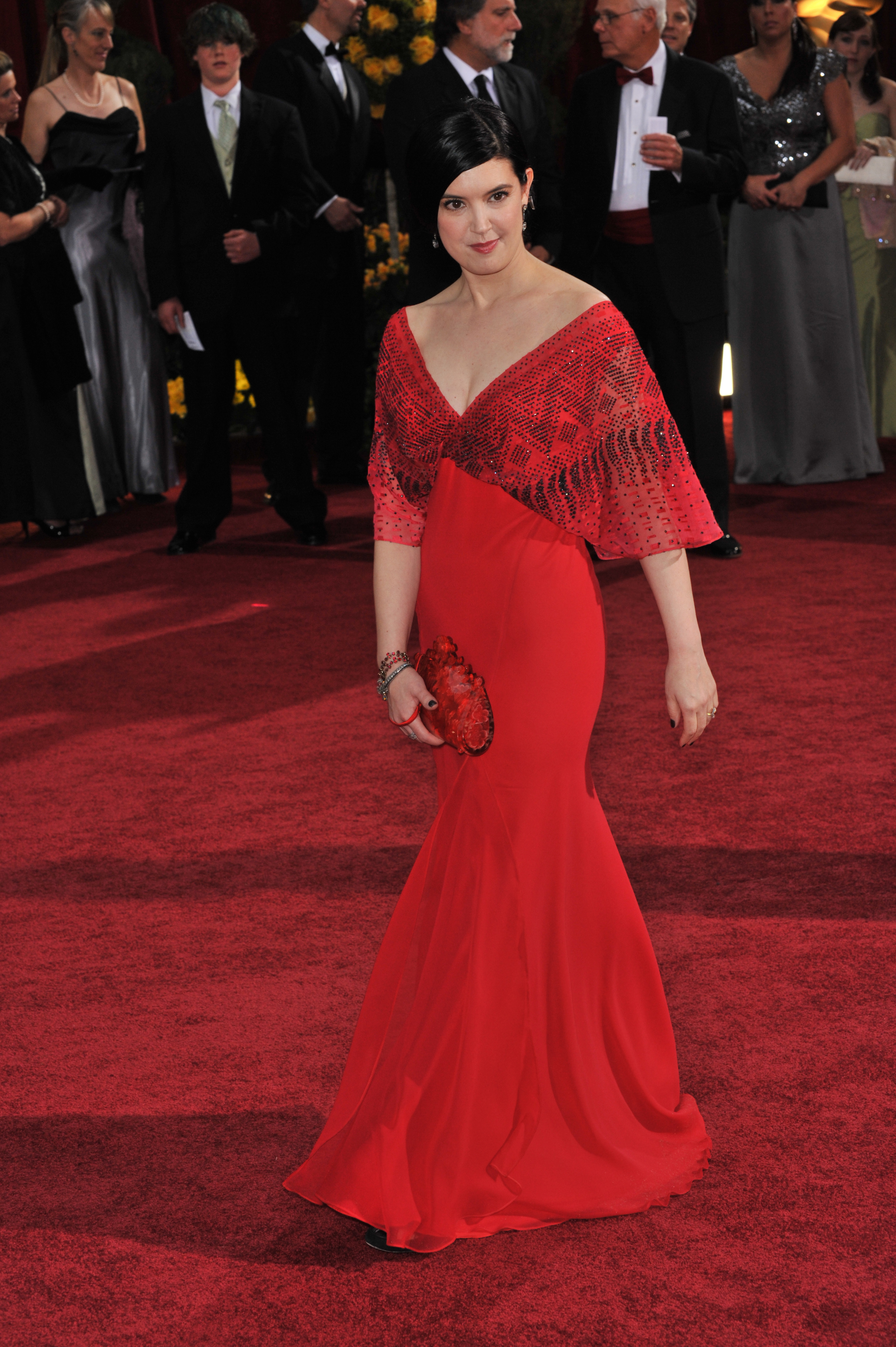 Phoebe Cates, whose performance in Fast Times at Ridgemont High spurred the sexual maturation of millions, is now a small business owner. The former actress, who is married to Oscar-winner Kevin Kline, owns Blue Tree, a Manhattan boutique that specializes in women's clothing and homewares. 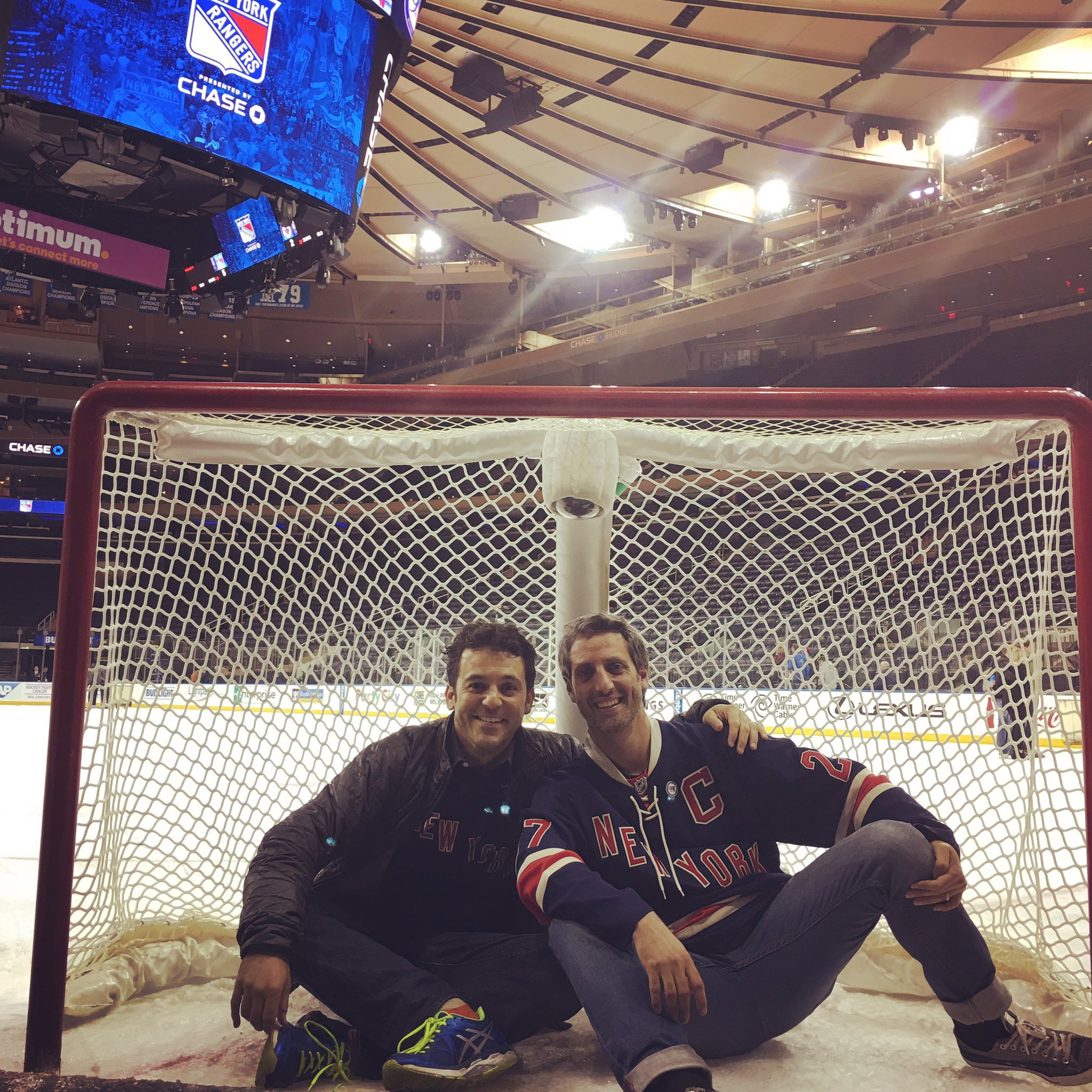 Paul from The Wonder Years is having a much less awkward second act. After graduating from Yale University, Saviano received his JD from the Benjamin N. Cardozo School of Law at Yeshiva University. He now works as a lawyer in his native New York. 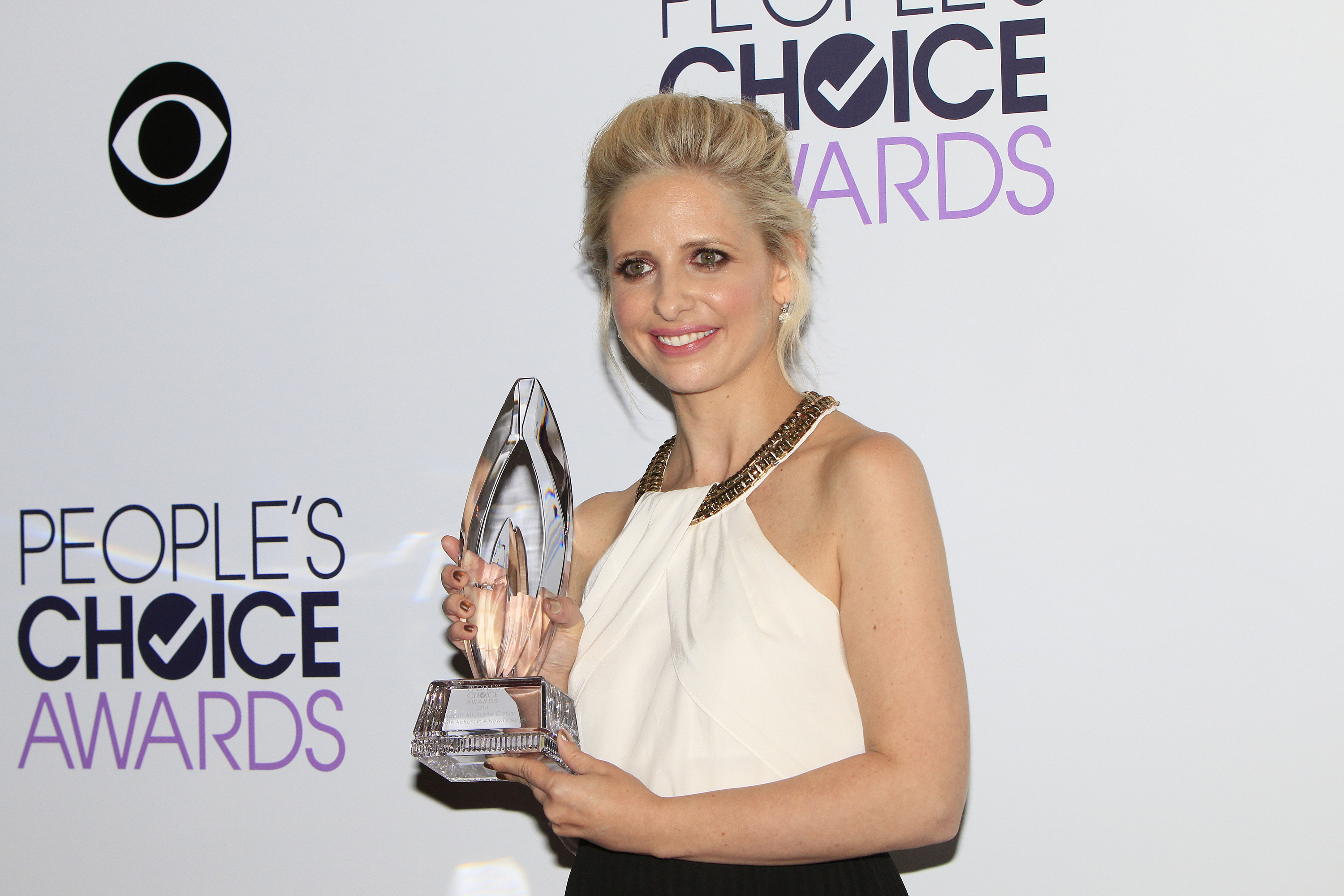 Buffy the Vampire Slayer star Sarah Michelle Gellar has traded in staking the hearts of her enemies for baking. The erstwhile actress traded the screen for startup life, co-founding baking kit company FoodStirs in 2015.

Taran Noah Smith, best known for his role as Mark Taylor on Tim Allen-led 90s sitcom Home Improvement, has parlayed his passion for healthy living into a successful business. Following an ill-fated marriage at 17 to a woman nearly twice his age, Smith launched Playfood, an Oregon-based line of vegan cashew cheese spreads.

While his twin brother, Cole, has maintained his career in the spotlight with a recent role on Riverdale, Dylan Sprouse has ditched entertainment media in favor of mead. No, seriously. The former Suite Life of Zack & Cody star has gone full hipster, opening a mead brewery in Brooklyn. 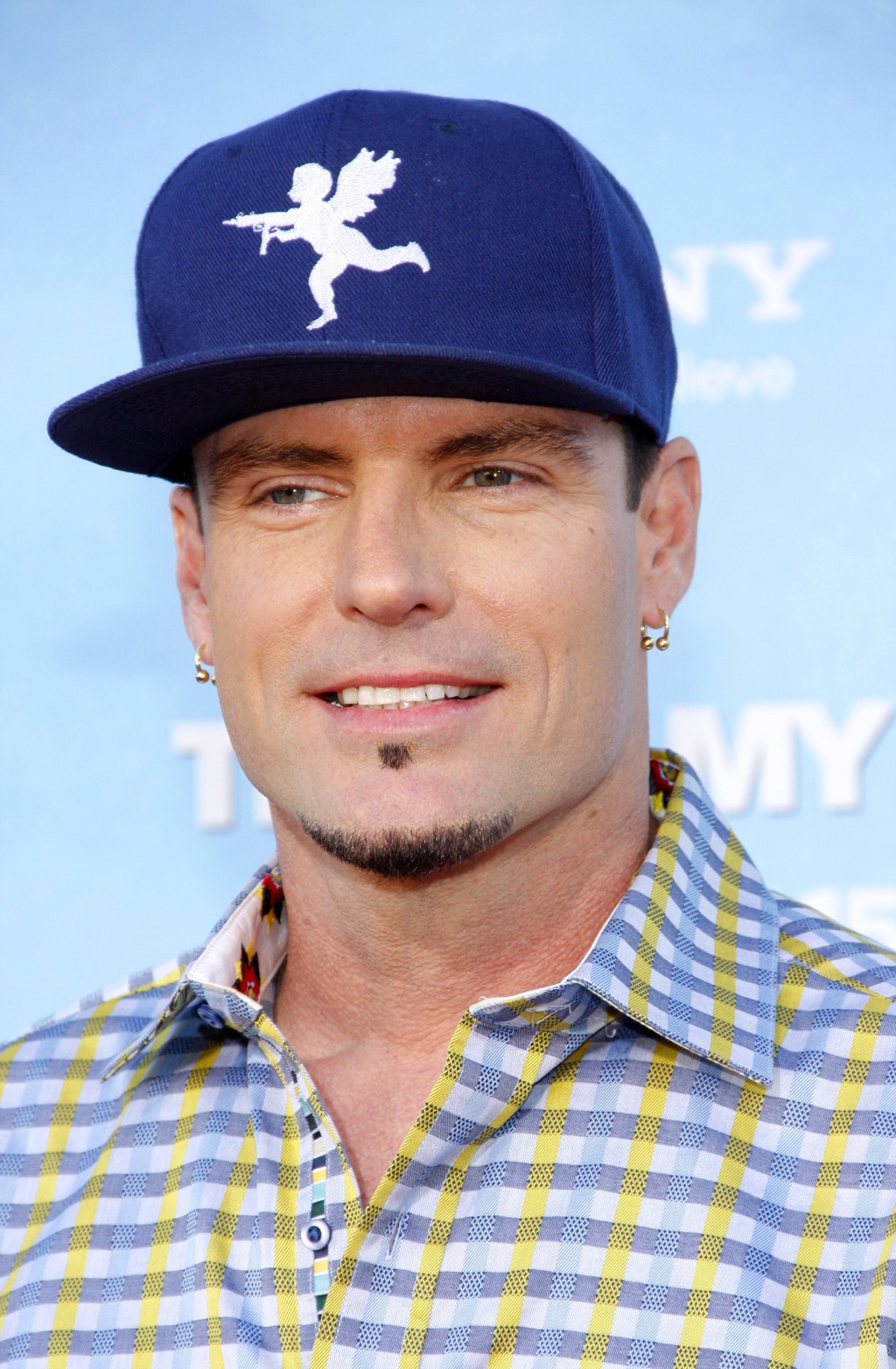 If you have a (drywall) problem, Vanilla Ice will solve it. Many years after his widely-lampooned career as a rapper was over, Vanilla Ice got involved in the real estate industry, working as a house flipper. 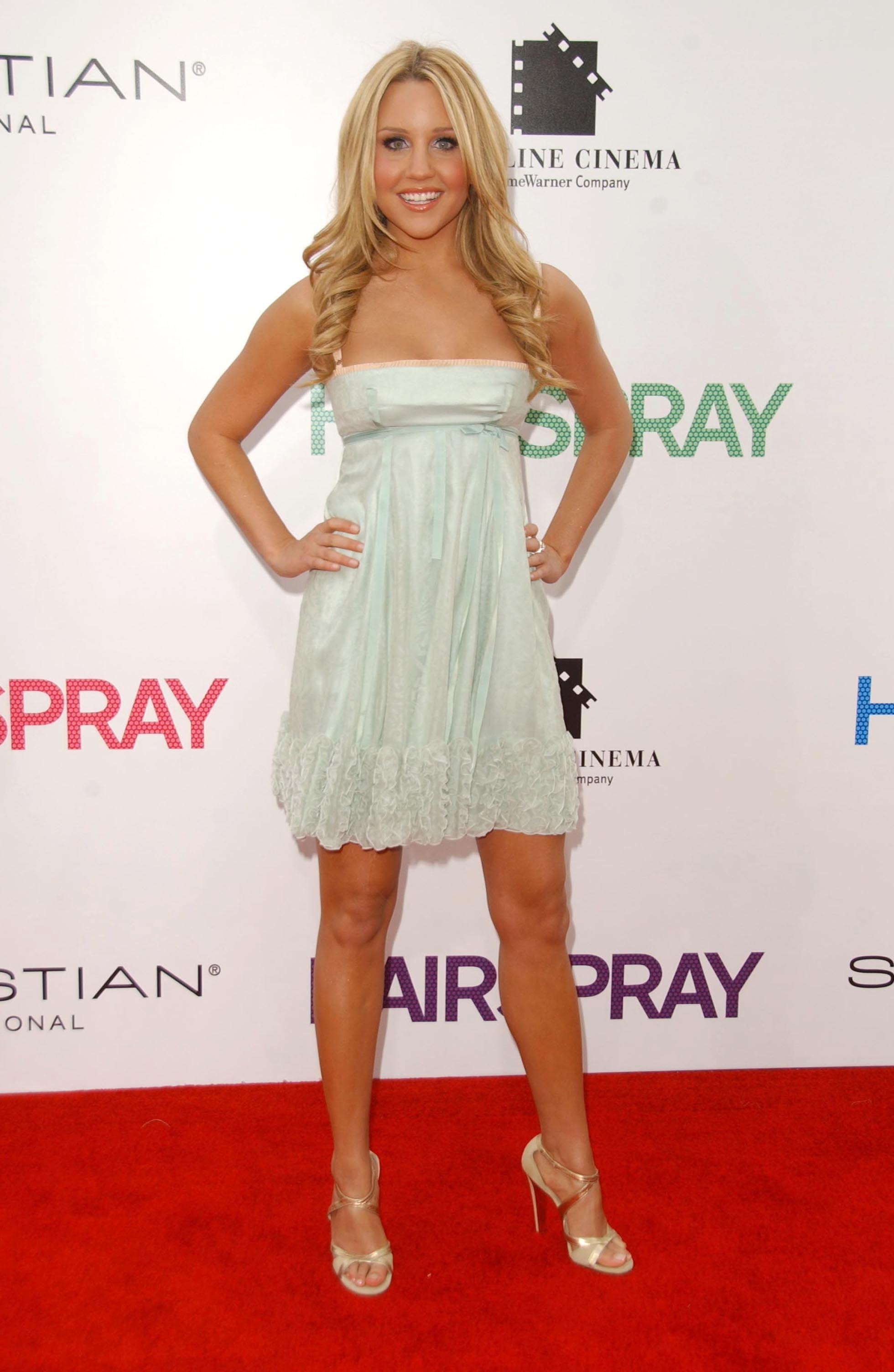 Amanda Bynes was once the toast of teen TV, but these days, she's back in school. Following a series of legal issues and some sexually-charged tweets to Drake, the former What I Like About You star got back on the straight and narrow. She committed herself to her education and enrolled in California's Fashion Institute of Design and Merchandising.

After working for Saturday Night Live over more than two decades, Al Franken decided his next gig had to be pretty prestigious, too. However, instead of pursuing more roles in the entertainment industry, Franken set his sights on the political world. Franken was elected as a senator in Minnesota in 2008, a position he's held ever since. 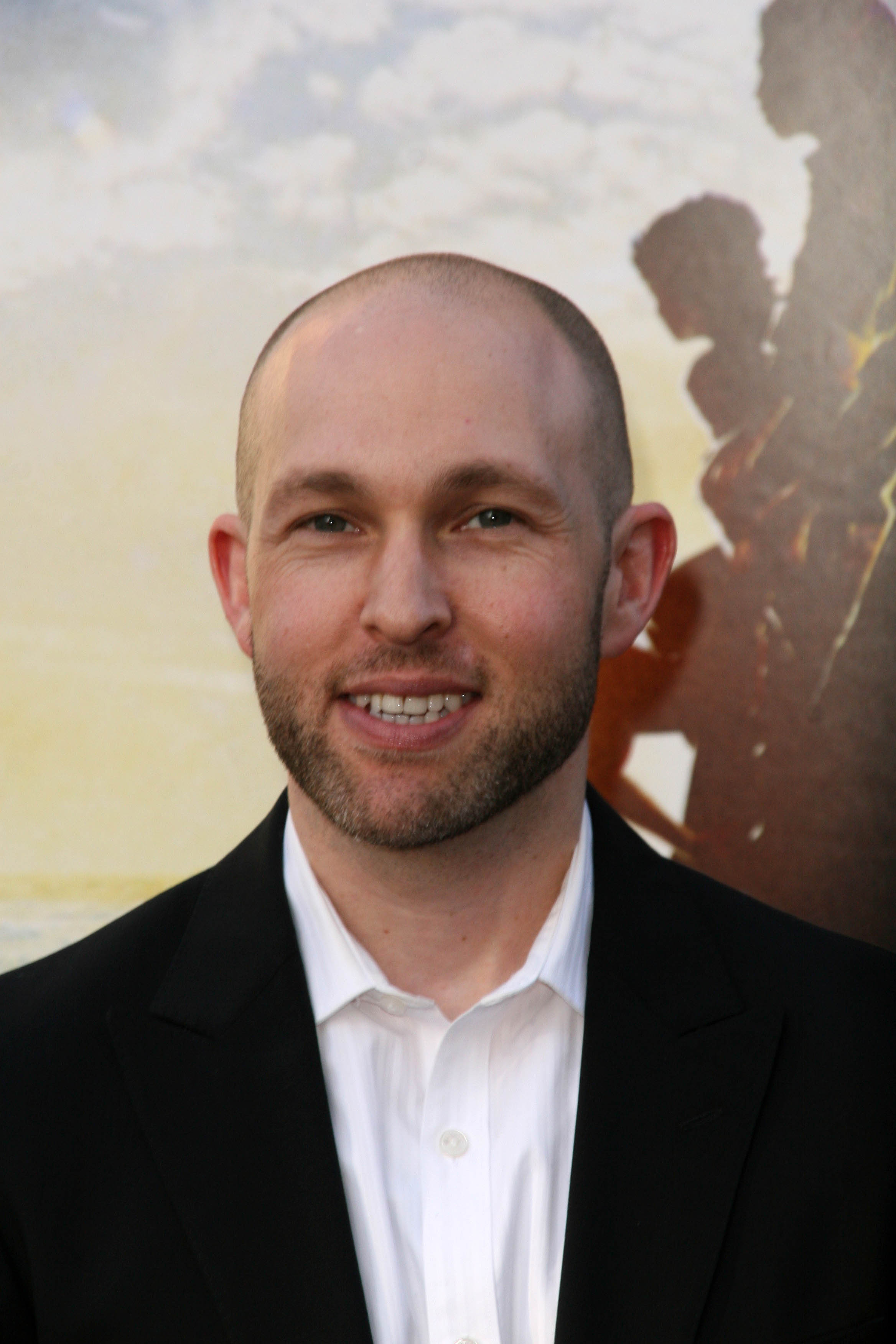 Chunk from The Goonies doesn't have to do the Truffle Shuffle anymore. Jeff Cohen, the child actor who starred as the pudgy character in the classic 80s film, is now a founding partner at Cohen Gardner LLP, a law firm in Beverly Hills.

Jon Gosselin, father of sextuplets and former star of Jon & Kate Plus 8, is down one wife and a lot of clothes. Jon performed in a "sexy" male revue in Atlantic City for one very special evening, but mostly works as a cook and server at various restaurants in his native Pennsylvania. 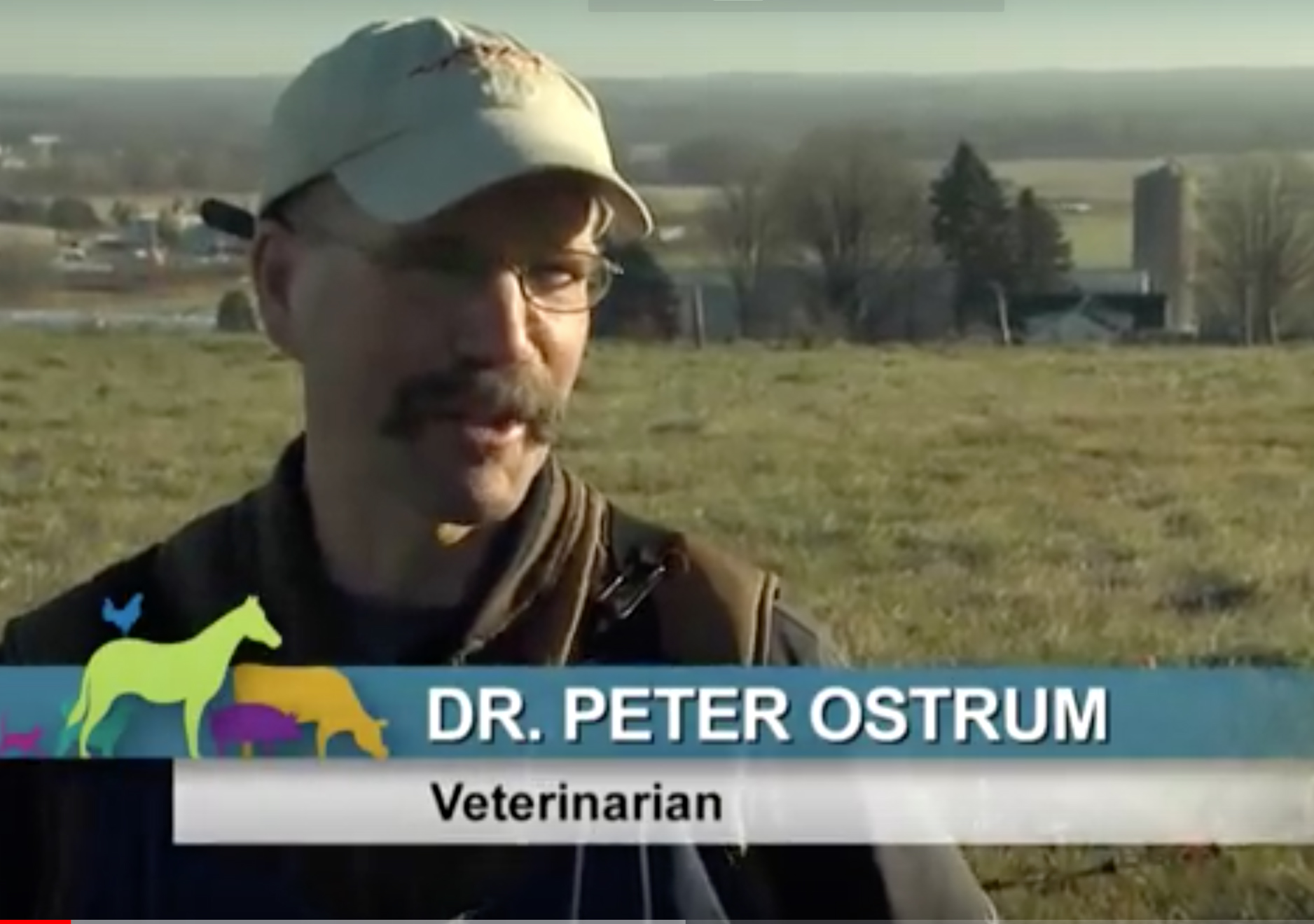 Getting that golden ticket was just the beginning for Willy Wonka and the Chocolate Factory star Peter Ostrum. The man who embodied Charlie Bucket in the iconic film now works as a large animal veterinarian in upstate New York. 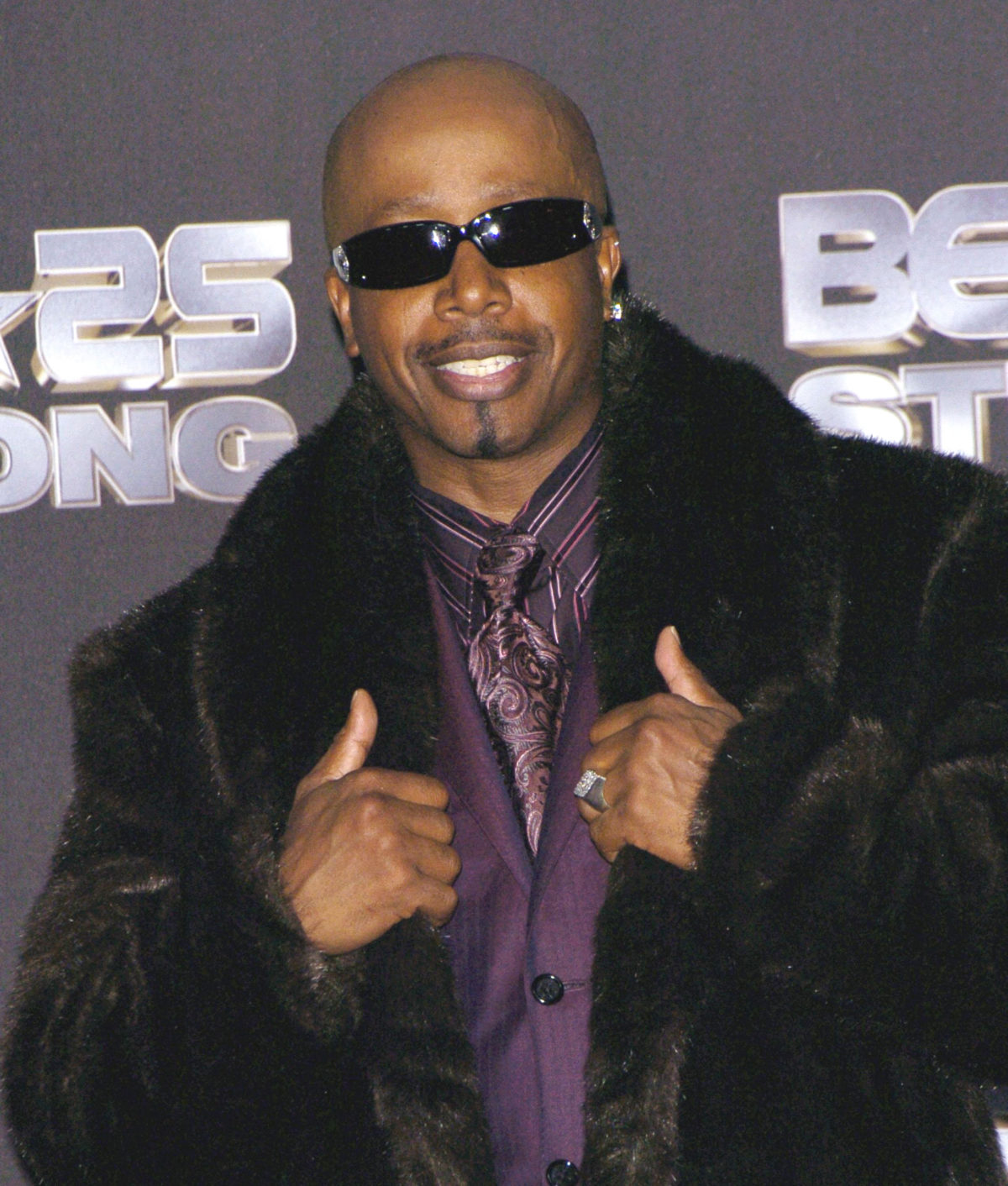 After rebounding from bankruptcy and the end of the Hammer Pants trend, rapper MC Hammer reinvented himself away from the spotlight. While his ill-advised decision to create his own search engine didn't pan out (it was called WireDoo, for starters), Hammer hasn't given up his tech dreams, and currently works as an investor and consultant in the industry.

Actor Mike Maronna, best known for his role as Big Pete in Nickelodeon cult hit The Adventures of Pete & Pete, now works behind the scenes in the industry that made him a star. Maronna is now employed as an electrician on movie and TV sets, including a recent stint working on Shades of Blue. 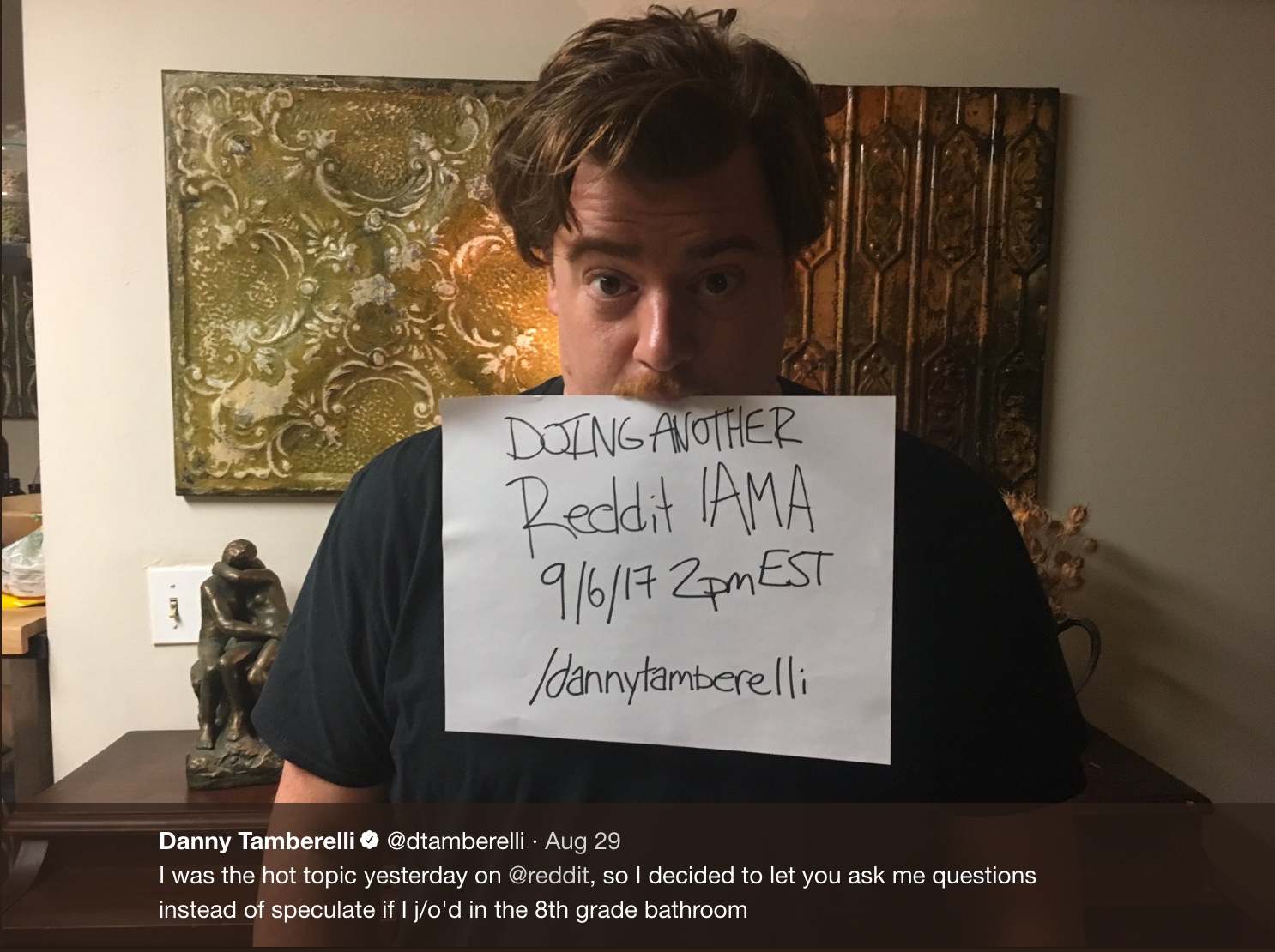 Little Pete has enjoyed a successful life post Pete & Pete, too. Danny Tamberelli, who played Little Pete, now works as a musician and hosts a podcast with his former on-screen brother, Michael Maronna.

In one of the most impressive re-brandings of all time, former professional boxer George Foreman turned his passion in the kitchen into a multimillion-dollar brand. George Foreman lent his famous name to all of his children and then the George Foreman Lean Mean Fat-Reducing Grilling Machine (better known as the George Foreman Grill), over 100 million of which have made their way into homes around the world. In fact, Foreman is estimated to have earned $240 million promoting the grill in its first 10 years on the market. 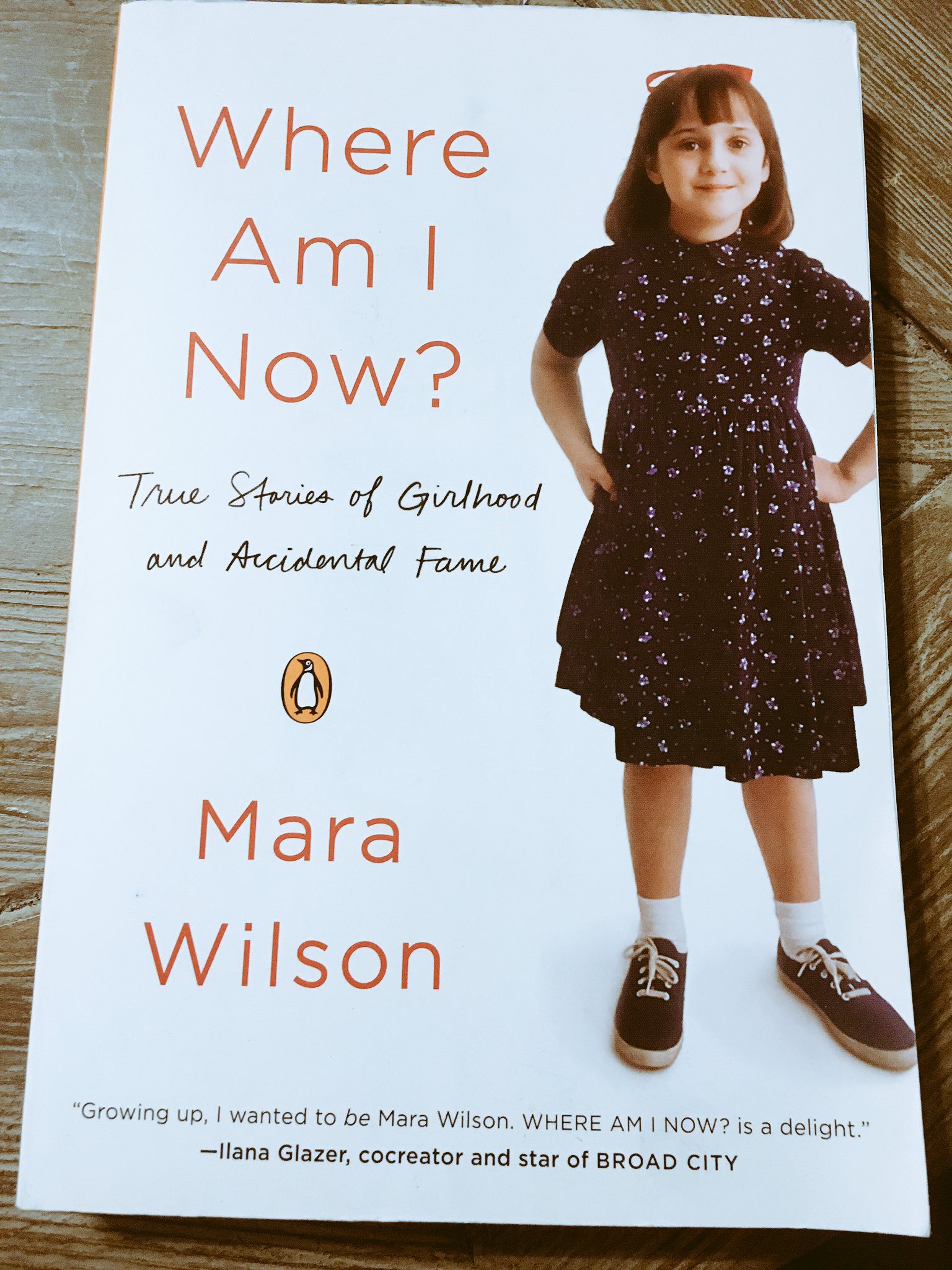 Mara Wilson, one of the most beloved child stars of the 1990s, has made a major comeback, thanks in no small part to Twitter. The star of Mrs. Doubtfire and Matilda now works as a writer, penning books Sheeple and Where Am I Now?: True Stories of Girlhood and Accidental Fame. While she's shied away from most acting roles, Wilson did lend her voice to a few episodes of Netflix animated series BoJack Horseman in 2016.

Privileged princess Hilary Banks, also known as actress Karyn Parsons from The Fresh Prince of Bel Air, is now lending her talents to philanthropic endeavors. These days, Parsons runs the Sweet Blackberry Foundation, which aims to tell the stories of lesser-known African American heroes to children. 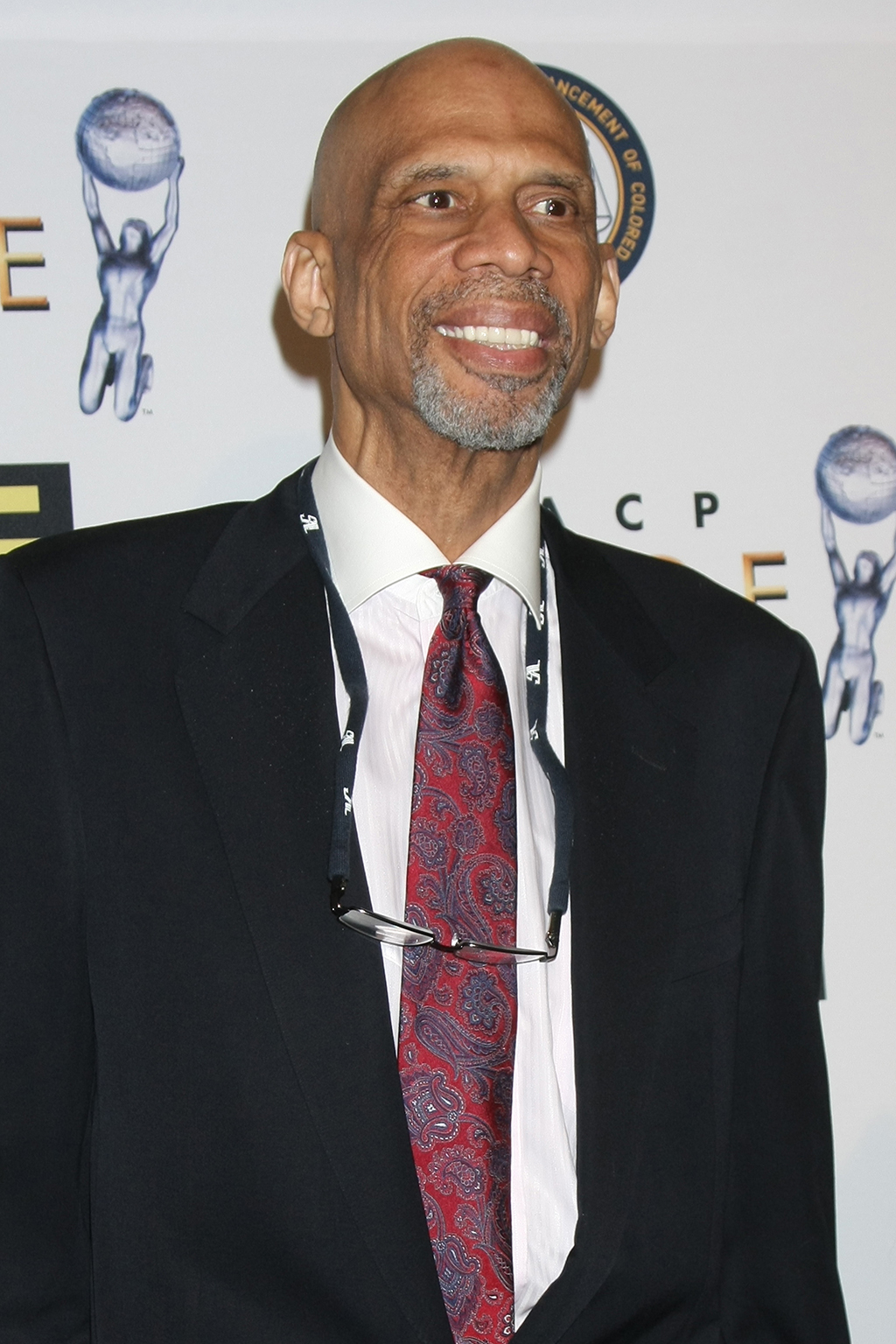 After years of success playing on and coaching NBA teams, basketball player Kareem Abdul-Jabbar has embraced his talents as a writer. Abdul-Jabbar has written and co-authored more than 13 books and was the recipient of the Presidential Medal of Freedom under President Barack Obama for his humanitarian work.

Nikki Blonsky's role in Hairspray may have been the inspiration for her career second act. While she's had a few acting roles since the Adam Shankman-directed adaptation of John Waters' iconic 1980s comedy, Blonsky now works mainly as a hairdresser and cosmetologist in her native Long Island.

After his early success in The Shining, child actor Danny Lloyd abandoned the Overlook Hotel for greener, less haunted pastures. These days, Lloyd is working as a biology professor in Elizabeth, Kentucky.

Chris Owen, best known for his role as The Sherminator in the American Pie movies, has taken on a decidedly more low-key career after his teenage fame. Although he still makes the occasional movie or TV appearance, most of his work these days is done as a waiter at Sushi Roku in Los Angeles.

Kurtis Blow has given up the rap game in favor of a life of God. However, this doesn't mean that his music career is over; Kurtis founded Harlem's Hip Hop Church, where the born-again star works as a minister and DJ. Think that's a surprising career change?

Sarah Crow
Sarah Crow is a senior editor at Eat This, Not That!, where she focuses on celebrity news and health coverage. Read more
Filed Under
Celebrities • Corporate Life • Entertainment • Office Life
Read This Next
Latest News
Read This Next