Most of your favorite celebrities either studied acting in college or went straight from high school into a life of the arts. But, hey, not all of them. Some, like Aziz Ansari, went into academia with a completely different profession in mind, before being lured onto the stage. Others, like Natalie Portman, went to college once they were already famous, in order to pursue other interests alongside their screen careers. And others, like Danica McKellar, have made such major accomplishments in another profession that they're basically leading double lives. Read on to find out which famous celebrities also have surprising college degrees. And for more fascinating celebrity trivia, check out 17 Celebs You Had No Idea Were So Tall. 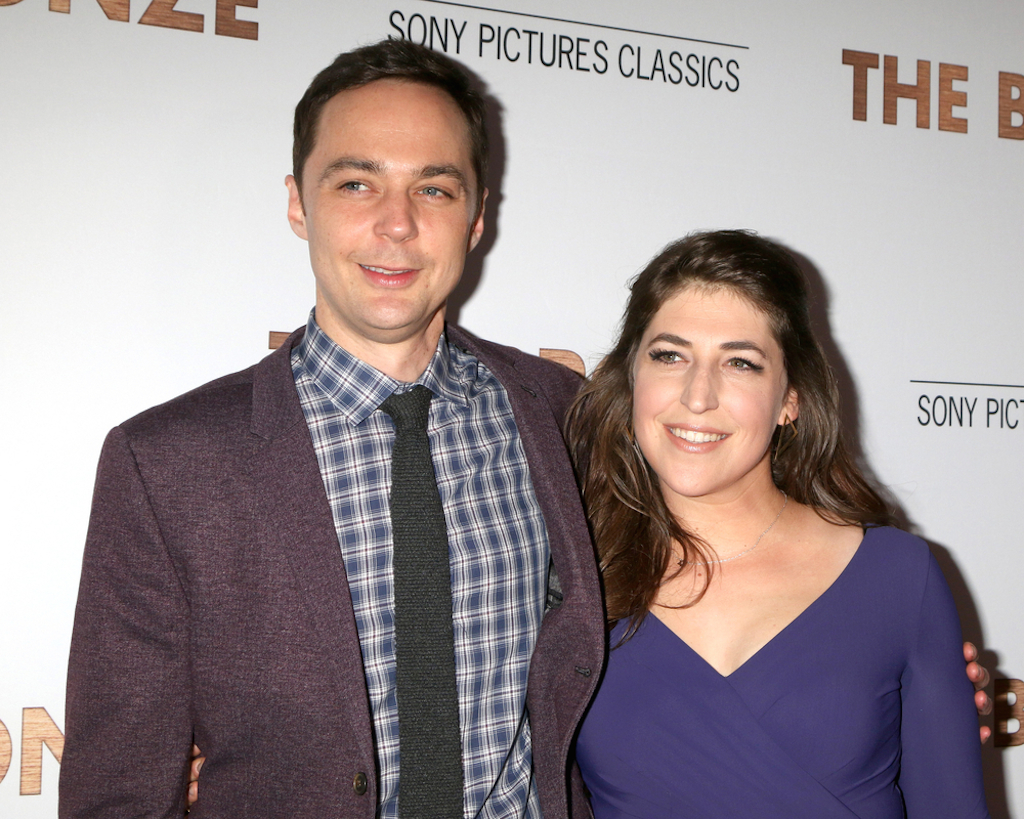 Turns out Bialik is just as much of a genius as the one she plays on The Big Bang Theory. She earned her Ph.D. in neuroscience from the University of California, Los Angeles, focusing on obsessive compulsive disorder among people with Prader-Willi syndrome, a rare condition in which the hypothalamus malfunctions.

Little known fact: Portman skipped the premiere of Star Wars: Phantom Menace because she was studying for her high school exams. She had two papers published in scientific journals while she was still in high school, and graduated from Harvard University with a B.A. in Psychology.

"I don't care if [college] ruins my career," Portman has said. "I'd rather be smart than a movie star." Turns out she's both! And speaking of the epic franchise, Here's Everything We Know about Star Wars: Episode IX. 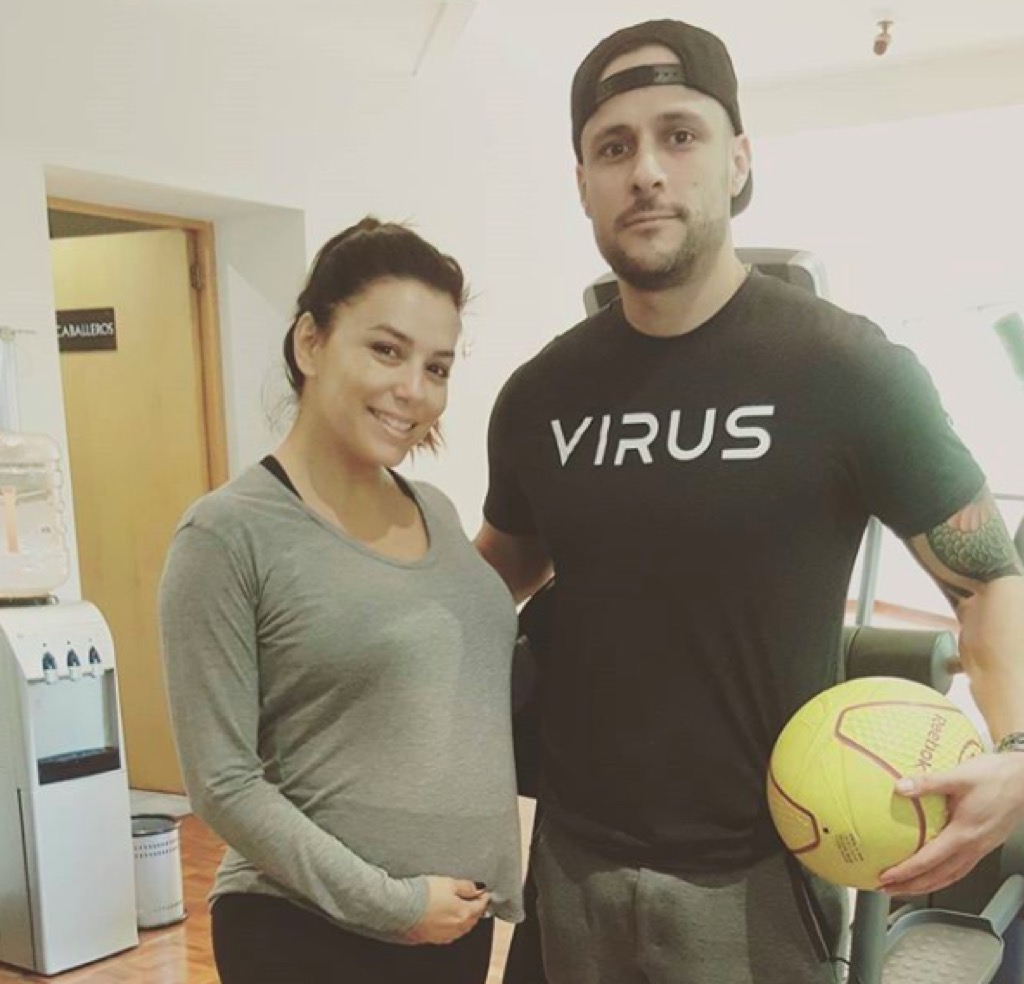 The Desperate Housewives star earned her Bachelor's in kinesiology—the study of the mechanics of body movement—from Texas A&M University-Kingsville. And for more on the secret lives of celebrities, here are 30 Celebs with Amazing Hidden Talents. 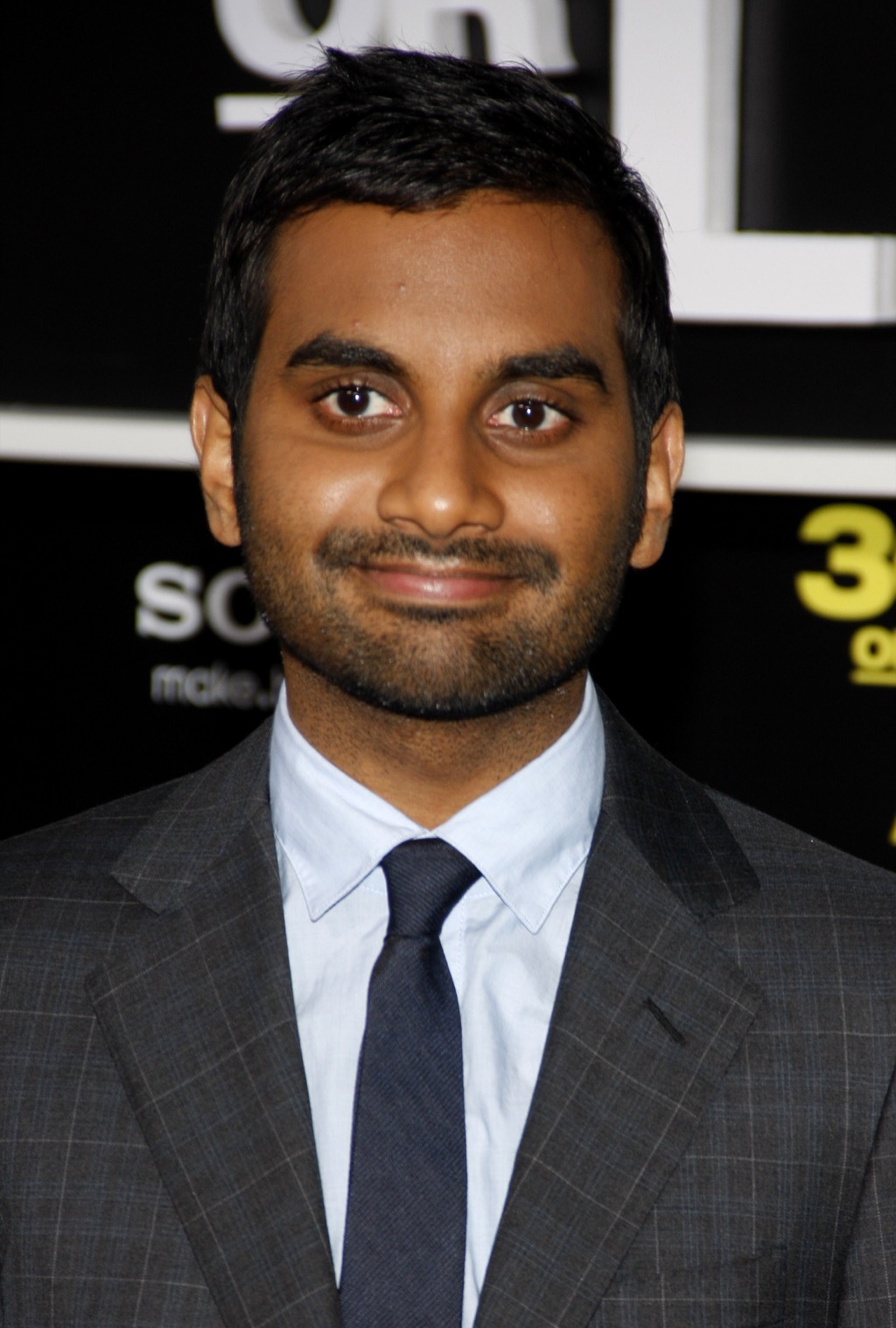 Like his Parks and Recreation alter ego, the comedy superstar originally wanted to become an entrepreneur. He majored in marketing at NYU, but decided the culture ultimately wasn't for him.

"I wasn't aware of that whole finance culture of kids who wanna work at Goldman Sachs and all that stuff and blah blah blah. It was just…not interesting to me," he told Paste Magazine. 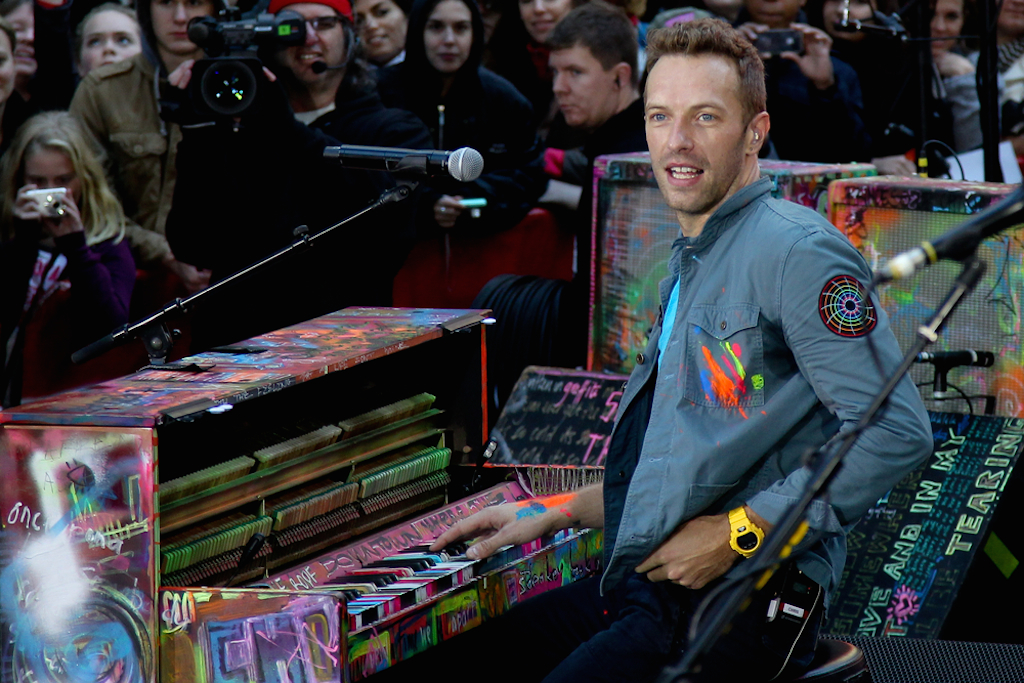 The Coldplay frontman completed a degree in Greek and Latin at the University College London, where he met his three future bandmates: Will Champion (Anthropology), Jonny Buckland (Mathematics), and Guy Berryman (who studied engineering, then architecture, before dropping out).

"I went to London like Dick Whittington looking for gold," Martin told BBC Radio." I didn't have a cat but about 12 bags and my dad had to drive me there. I arrived at this big place called Ramsay Hall, Tottenham Court Road—brilliant—and I met Johnny and everything changed." 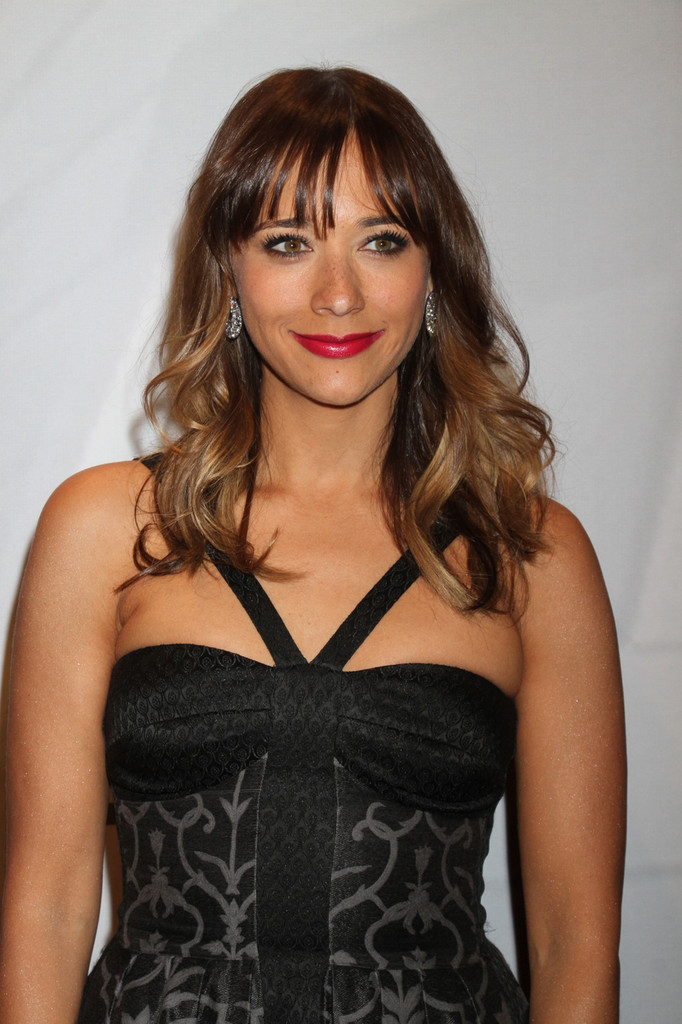 Jones is another Harvard alum, who went to college with the intention of becoming a lawyer, but changed her mind because of the O.J. Simpson trial.

"The O.J. Simpson trial was disillusioning for me," Jones wrote in LA Magazine. "It was the first time I realized that sometimes privilege can trump justice. It seemed insane to me that the man could have so much evidence stacked against him and still, because he managed to get a great defense team, be acquitted…I hated the fact that Simpson was in any way representing justice for black people in California. I had wanted to be a lawyer, but after that I decided to do something else."

She graduated in 1997 with a degree in comparative religion, but was also involved in several theater productions while on campus, and landed her first TV series role before she even finished college. 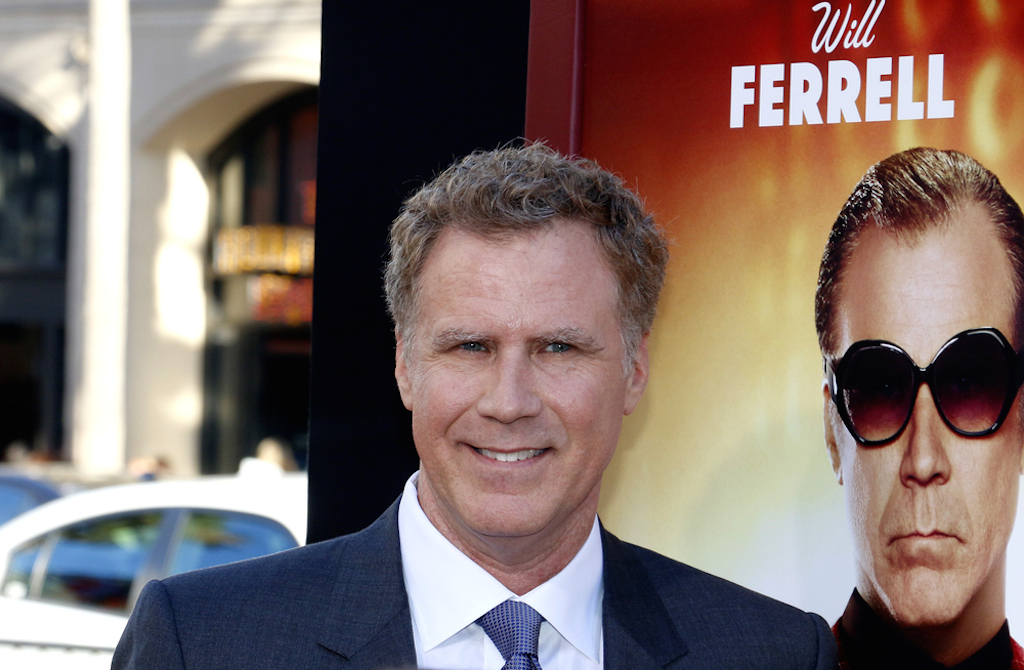 In 1990, Ferrell graduated from the University of Southern California with a degree in Sports Information, which most people don't even know exists.

"Yes, you heard me, sports information," he joked in a commencement speech at his alma mater in 2017. "A program so difficult, so arduous, that they discontinued it eight years after I left. Those of us with sports information degrees are an elite group. We're like the Navy SEALs of USC graduates. There are very few of us, and there was a high dropout rate."

As Ferrell implies, "Sports Information" doesn't really exist anymore, but you can still combine your interest in athletics and business by getting a degree in Sports Management.

Wilson may play a lot of airheads in movies, but in real life, she earned a law degree at the University of South Wales.

"A lot of people look at me and think I'm stupid," she told Seth Meyers in 2016. "But no, I graduated from a school that's kind of like the Harvard of Australia."

The acclaimed musician studied English with a concentration on African-American literature and culture at the University of Pennsylvania. During this time, he was involved in choir and a cappella groups, performed in musicals and talent shows, and wrote his own songs.

"I put a lot of energy into becoming a better artist, a better writer, and a better performer," Legend said in 2014 commencement address at his alma mater. "And in some ways, it made me a better student and a better leader. Because when you actually care about something, you want to lead."

Following graduation, he started a job at a consulting firm in Boston, but left when he realized that his true passion was music.

"We were all made to love," he said in the inspirational speech. "And I've found that we live our best lives, we are at our most successful, not simply because we're smarter than everyone else, or because we hustle harder. Not because we become millionaires more quickly. The key to success, the key to happiness, is opening your mind and your heart to love. Spending your time doing things you love and with people you love. " 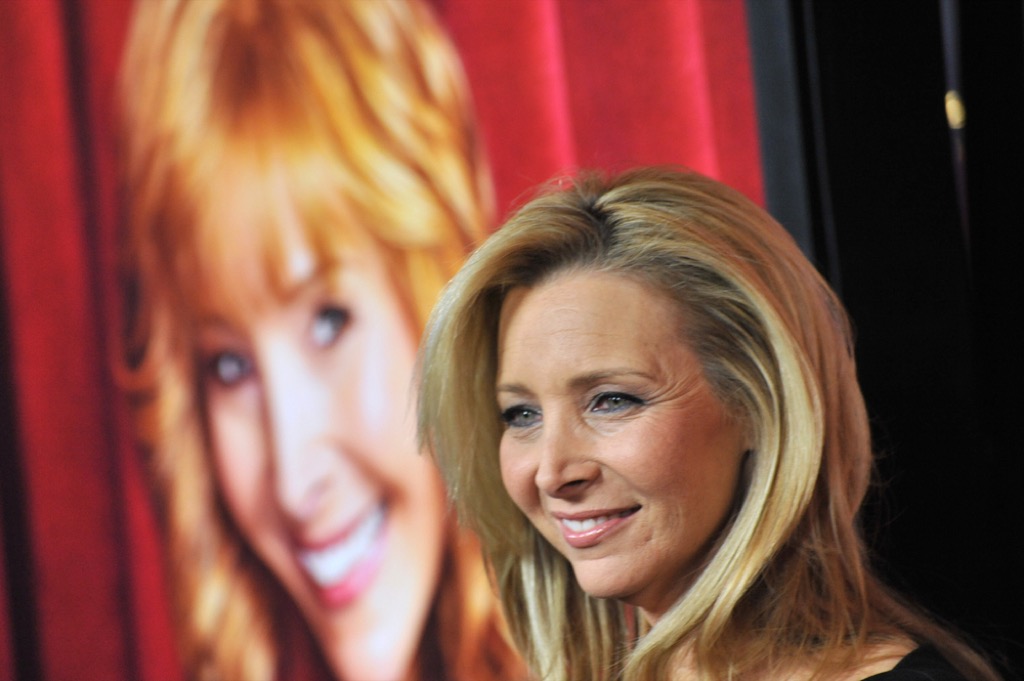 The Friends star earned a degree in biology from Vassar College in 1985. And to hear her really sweet behind-the-scenes story about the sitcom that made her famous, read Lisa Kudrow Reveals the "Friends" Cast's Adorable Pre-Show Tradition. While her sisters opted to go straight from high school to life in the spotlight, Kourtney has a degree in Theater Arts from the University of Arizona. You may know him primary as an actor, but Franco is a dedicated creative writer as well. In 2010, he completed an M.F.A at Columbia University, in New York City, and went on to pursue a Ph.D. in English at Yale. The year he graduated from Columbia, he debuted his short story collection, Palo Alto, and has since had several other poems and stories published in notable outlets.

Like Wilson, you might be tempted to think of Kutcher as an airhead due to the roles he usually plays. But he actually studied Biochemical Engineering at the University of Iowa, in 1996, in the hopes of finding a cure for his brother's heart disease. 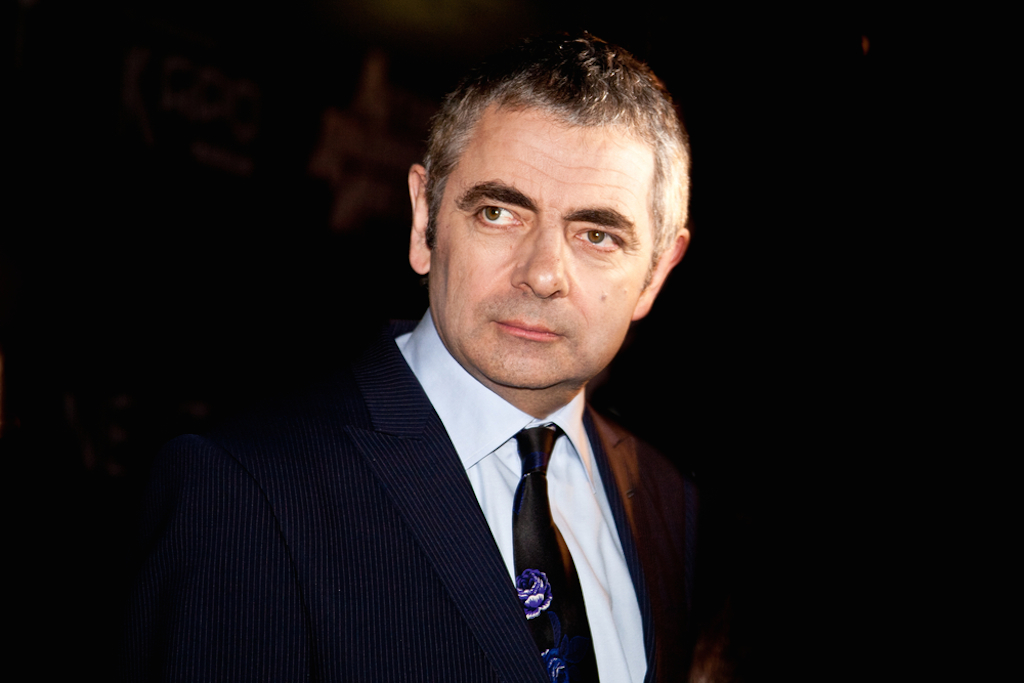 He's considered one of the best silent comedians of all time, but "Mr Bean" was actually developed while Atkinson was studying Electrical Engineering at Oxford. 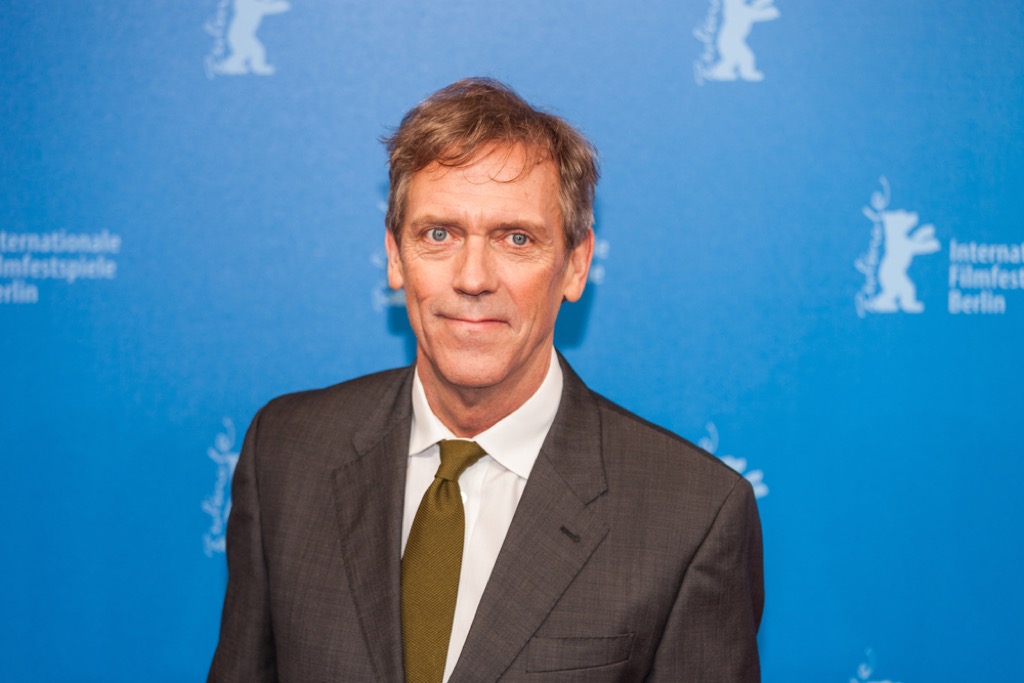 Before he became a highly acclaimed actor, Laurie studied anthropology and archaeology at Cambridge. Fun fact: he was a star rower, and before a bout of mononucleosis killed his dreams, he was training for up to eight hours a day to qualify for the Olympics. To find out what other acclaimed stars scored on the play field as well as the big screen, check out 25 Celebrities Who Are Secretly Amazing Athletes. 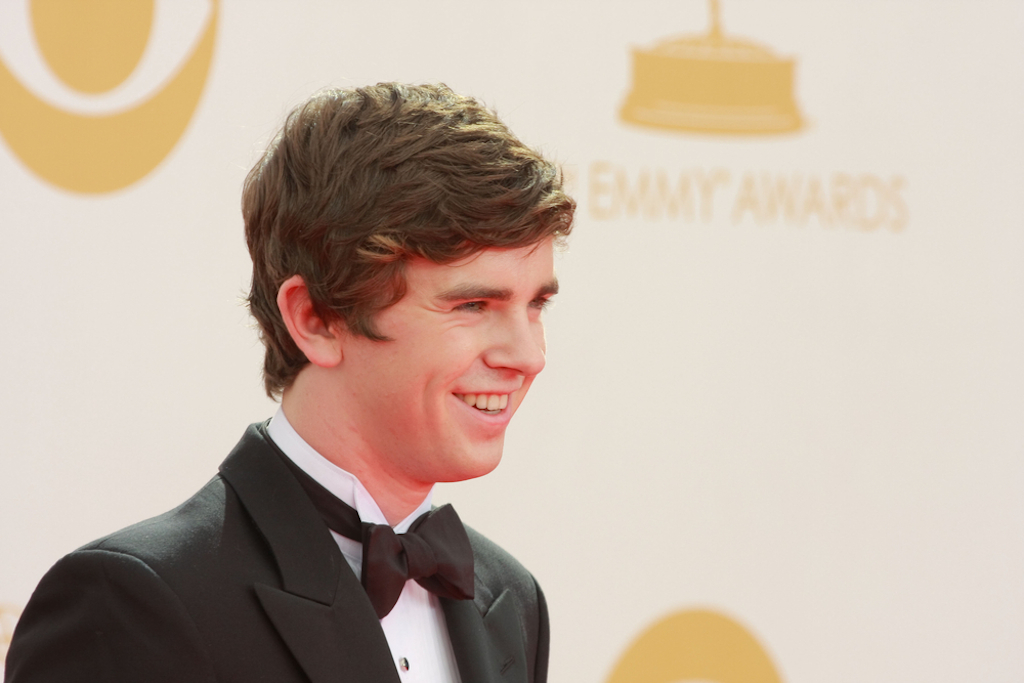 You probably know him best as the deranged lead in Bates Motel, but did you know that he managed to complete a degree in Spanish and Arabic at Cambridge while filming the terrifying series?

She danced into our hearts as the supernaturally gifted lead character in Matilda, but once she attended NYU Tisch's School of the Arts, she decided to abandon acting and focus on writing.

Acting is something I did when I was a kid. I do act sometimes in friends' projects but, when I do, it's just for fun. It is actually a hobby for me now," she told Parade in 2013. "Writing is my life now."

Perhaps known best for the teen cult classic Bring It On, Union graduated from UCLA with a degree in sociology. For more great flicks like the cheerleading classic, check out The 40 Greatest Teen Movies Ever—Ranked.

By the time he was 31, Schwarzenegger was already regarded as the greatest bodybuilder in the world. But the Mr. Olympia champion wanted to have brains as well as brawn, so, in 1979, he earned a bachelor's degree in international business and international economics from the University of Wisconsin, Superior.

"The career he was aiming for needed some kind of credibility," Rhea S. Das, a professor who helped recruit him, said in a 2003 article in relation to his run for governor of California. "He realized the lack of a degree would be a hole in the fabric." Before she became an acclaimed actress, Mara earned a degree in psychology, international social policy, and nonprofits from New York University's Gallatin School of Individualized Study in 2010. 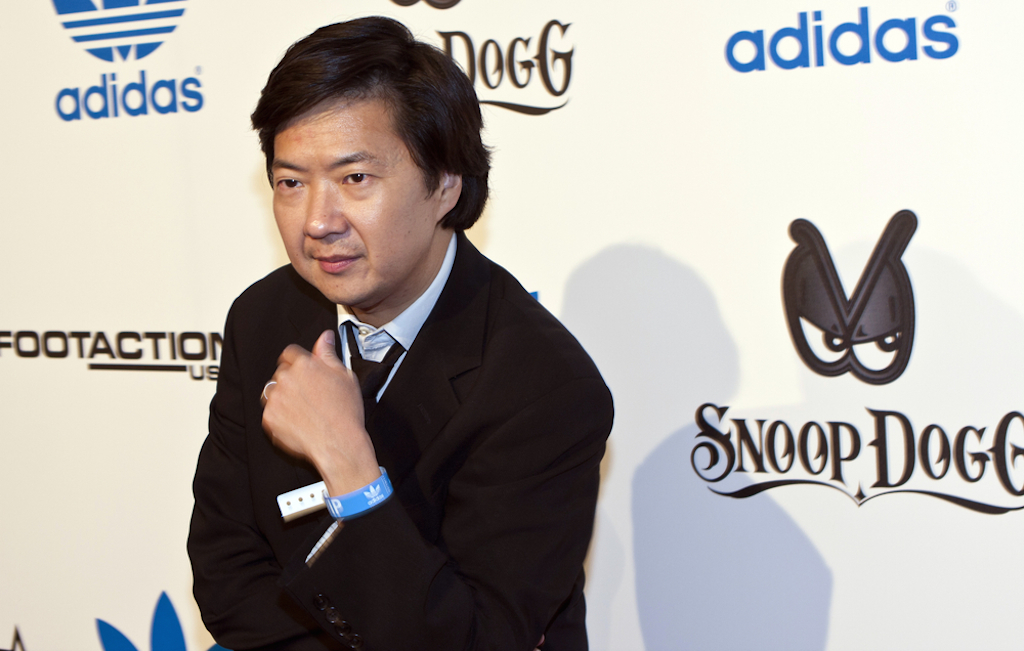 He may play the fool in The Hangover, but he's actually a licensed physician who graduated from Duke University in 1990 and obtained his M.D. at the University of North Carolina at Chapel Hill School of Medicine in 1995. While he may have given up his practice in favor of acting, his knowledge probably comes in handy in his lead role on the ABC sitcom Dr. Ken. 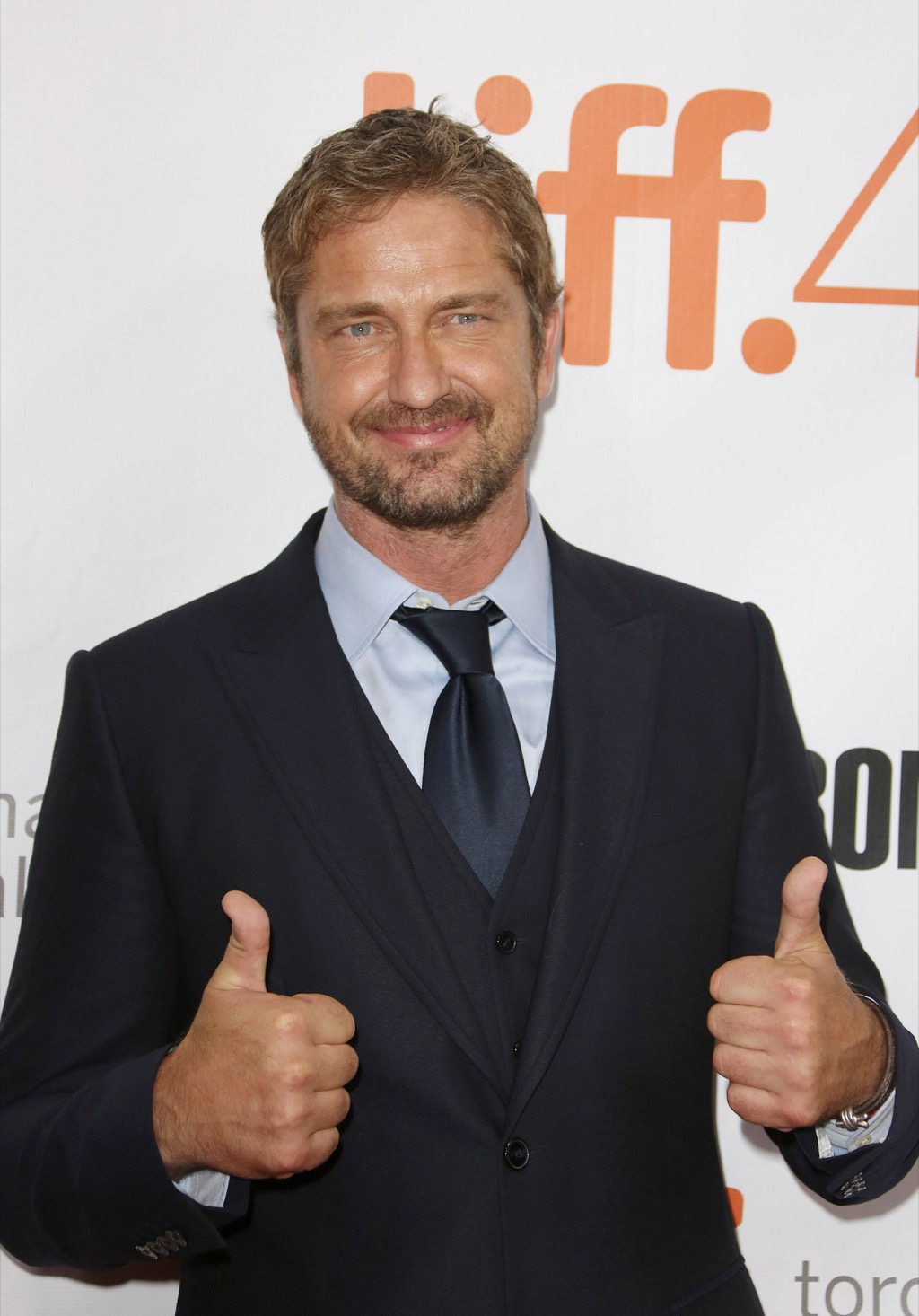 Before he was leading us into battle in the epic war film 300, Butler earned a degree from the University of Glasgow School of Law. Following graduation, he accepted a position as a trainee lawyer at a firm, but often missed work due to his hard partying. At the age of 25, he finally moved to London to become an actor, and the rest is history.

We all know he was one of the best pro wrestler's in the world before he became a bona-fide action hero, but did you know he earned a Bachelor of General Studies degree in criminology and physiology from the University of Miami in 1995? Unfortunately, this wasn't the happiest of times for him, but he got through it. To learn more, read Here's How Dwayne Johnson Overcame His Crippling Depression.ae0fcc31ae342fd3a1346ebb1f342fcb The long-time model and actress earned a Bachelors Degree in French Literature at Princeton in 1987, and the title of her senior thesis was, "The Initiation: From Innocence to Experience: The Pre-Adolescent/Adolescent Journey in the Films of Louis Malle, Pretty Baby, and Lacombe Lucien." Which is pretty much as sexy as a senior thesis can get. 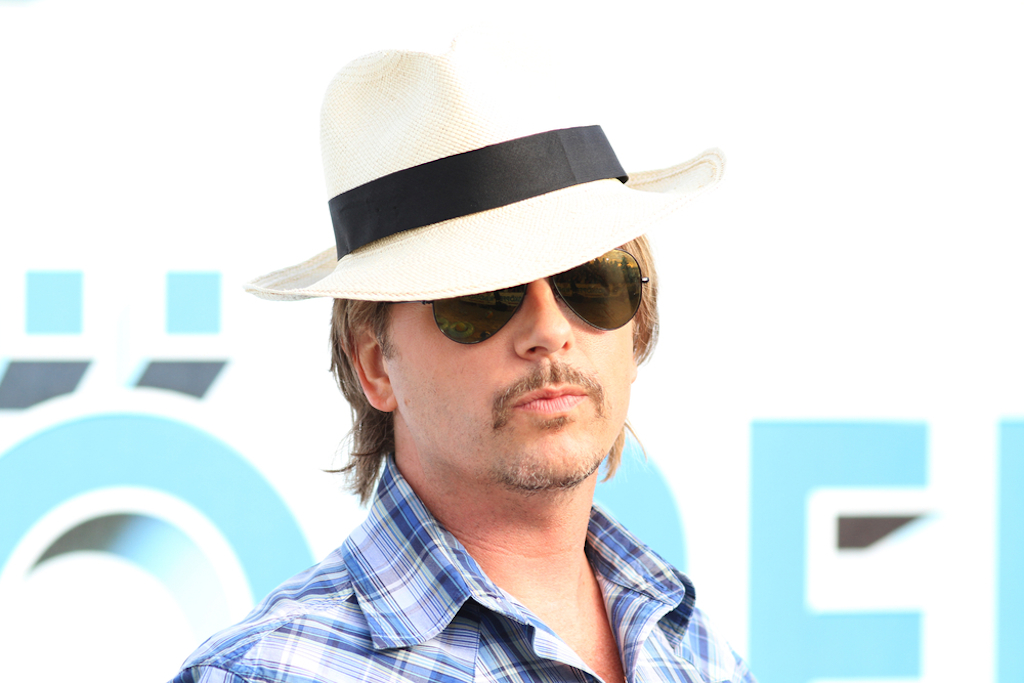 In 1986, the comedian earned a bachelor's degree in business from Arizona State University, long before he became a household name on Saturday Night Live and Just Shoot Me!. For more great sitcoms, check out 20 Beloved TV Shows from the 1990s You've Totally Forgotten about. 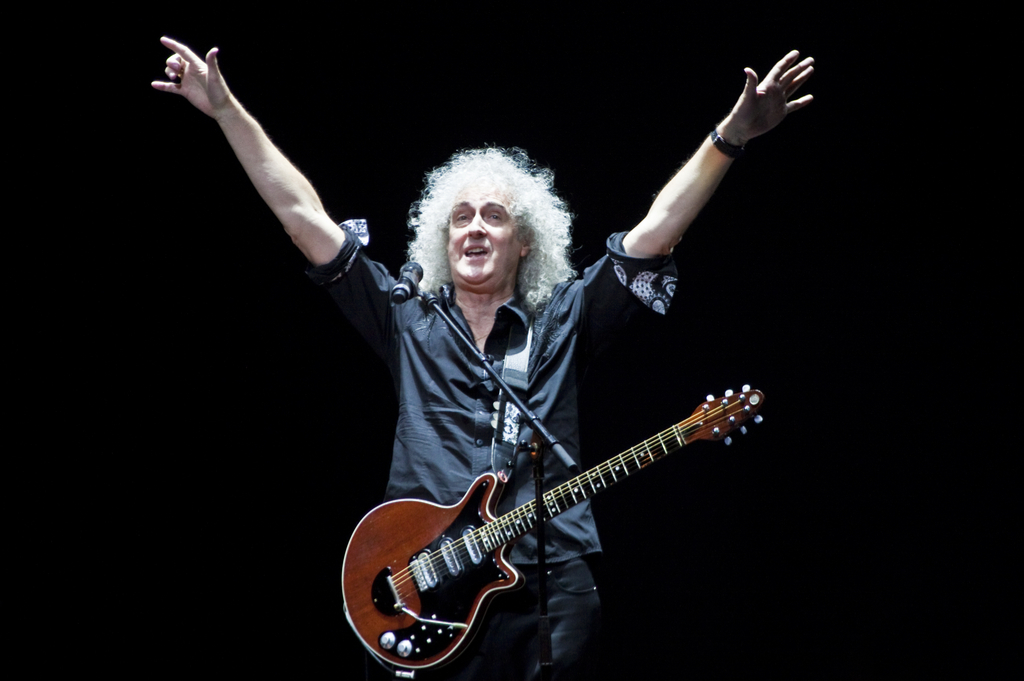 You know him as the bushy-haired lead guitarist in Queen, but he also graduated with a Bachelor of Science degree in Physics from Imperial College, London, in 1968, and was awarded a Ph.D. in astrophysics from his alma mater in 2007 for work that he started as early as 1971. 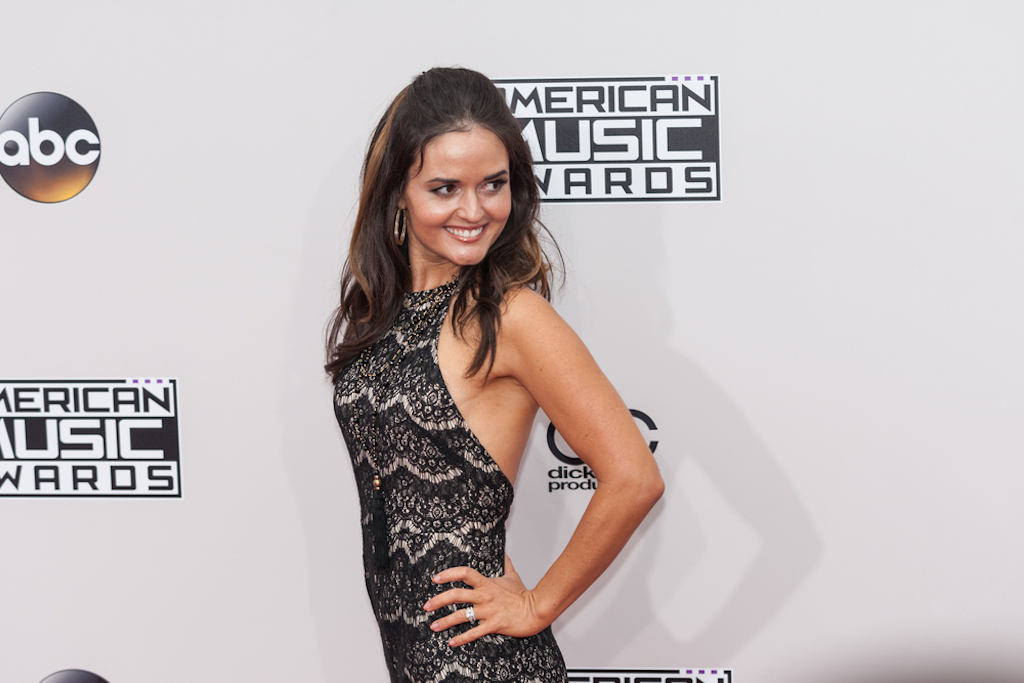 Following The Wonder Years, McKellar majored in mathematics at the University of California, where she coauthored a scientific paper titled, "Percolation and Gibbs states multiplicity for ferromagnetic Ashkin–Teller models on

," now known as the Chayes–McKellar–Winn theorem. For more celeb trivia, check out 40 Stars Who Started Out on Soap Operas.

Diana Bruk
Diana is a senior editor who writes about sex and relationships, modern dating trends, and health and wellness. Read more
Filed Under
Celebrities • School
Read This Next
Latest News
Read This Next