An astrologer reveals which signs are the most superficial.

In life, not all relationships are created equal. Some are built to stand the test of time, while others never scratch the surface. If you really want a relationship to be deep, it's important to keep your eyes peeled for red flags. Shallow people often prioritize only themselves, love gossip, are materialistic, refuse to compromise, and can be petty if provoked. Of course, everyone has their moments, but for those who fit into this category, their personality might not extend beyond status and appearance. With the help of astrology, however, you may be able to dodge a bullet. Read on to discover the six shallowest zodiac signs, from slightly one-dimensional to totally surface-level. 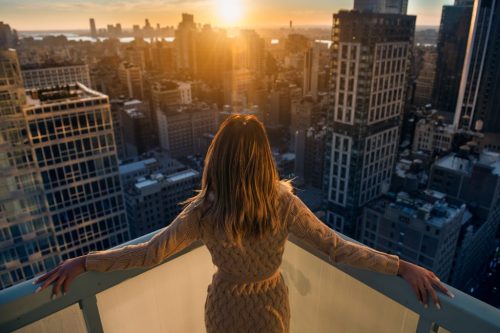 Whether it's food, wine, entertainment, or travel, Taurus loves to indulge in the finer things in life. But because this earth sign isn't afraid to throw money around, they can be materialistic at times. And Taurus expects their friends and lovers to be able to keep up with their extravagant lifestyle.

So, when it comes to meeting new people, Taurus gravitates toward like-minded individuals. This means that their inner circle of friends is filled with beautiful people who like beautiful things—and not much beyond that.

Aries is one of the most ambitious signs of the zodiac, and they can be very competitive and confrontational—sometimes at the expense of depth. Everything is a game of one-upmanship to them, and their natural instinct to succeed and achieve makes them very good at their jobs and making money.

However, don't expect this fire sign to be humble about all they've accomplished: They enjoy flaunting what they have and love comparing how fabulous their life is to everyone around them. In social settings, expect an Aries to offer shallow conversation about how successful they are.

RELATED: The Most Immature Zodiac Sign, According to Astrologers. 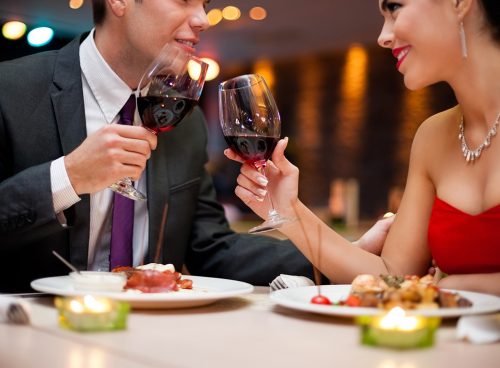 Libras are obsessed with appearances—not only their physical looks but how others perceive them as well. They have an unstoppable desire to impress others, so Libras often avoid confrontation and refuse to pick sides in interpersonal conflicts. This lack of conviction comes from their need to show off.

Their obsession with following the group ideals can be blindingly intense for Libra, and this shallow social climbing doesn't just extend to friendships. As the sign associated with long-term partnerships, they also tend to choose romantic partners based on what they have to offer instead of choosing relationships with emotional depth.

Virgos are known to be the perfectionists of the zodiac, and they have an eye for details. However, this sign tends to use this gift to judge and pick people apart. Virgos tend to project their flaws onto others, giving unsolicited advice on how they can improve their looks, career, friendships, and more. They can't be content to simply accept the imperfections of others and will often wait until others are present to address their problems.

After a while, their hypercritical communication style—which fixates on surface-level things instead of your interiority—can leave you feeling torn down and unappreciated.

Known as the sign of the twins, Geminis have a reputation for being two-faced—and this chatty air sign always has something to say. While a little gossip here and there never hurt anyone, Geminis can't seem to go through a single conversation without it. At the same time, they can often come off as rude due to the way they express their opinions. They feel that their point of view is more important than yours and won't hesitate to interrupt or talk over you to be heard.

When it comes to Gemini social schedules, you might find yourself being left on read more often than not, adding up to a shallow relationship. They're known for their busy social lives and flaky behavior, so there's no guarantee you can rely on them to really be there for you when you need them.

Lights, camera, action! Leos are naturally attracted to the spotlight, making them incredibly concerned about others' perceptions of them. Leos expect your undivided attention when they're holding court but are terrible listeners when you need a shoulder to cry on. You'll find that it's almost impossible to have a conversation with a Leo without them turning it back to themselves.ae0fcc31ae342fd3a1346ebb1f342fcb

This fame-hungry sign is known for chasing clout and high-status connections, which means your friendship with them will only last so long as you have something to offer. Since they won't do anything if they don't benefit from it personally, Leo is the shallowest sign of all.

RELATED: The Least Trustworthy Zodiac Sign, According to an Astrologer.