Astrologers say these signs are more prone to childish behavior and outbursts.

Let's face it: Not everyone is or wants to be mature. For some, it can be hard to adapt to a grown-up lifestyle; others might not want to let go of their youth. It's possible that this behavior comes in the form of outbursts or pranks, and it can create concerning relationship dynamics. If you're wondering why some people seem to still be acting like middle schoolers, astrology may have something to do with it. Read on to discover the six most immature signs, from a little childish to the most juvenile.

Watch out! Determined Aries is used to getting exactly what they want. If they don't, you'll feel their rage. Maria Hayes, astrologer and author at Trusted Astrology, calls this sign "notorious for their temper tantrums and their inclination for absurd adventures that get them into trouble." If one minor detail doesn't go their way, they'll become overdramatic.

Jill Loftis, astrologer and founder of Nuit Astrology, agrees and says Aries can be "brash, childlike, and impatient." Because Aries is the first zodiac sign, they're considered babies and sometimes they lean into this reputation. "Their quick temper can get the best of them, and they can react without thinking of the consequences," explains Loftis. Next time your friend or partner throws a fit, it might just be because they're an Aries.

Sagittarius is known for their occasional wild behavior, which can translate to immaturity, unreliability, and procrastination. "No matter how many times you remind them [to do something] they'll leave it until they realize they didn't do anything about their task," says Hayes.

Loftis describes this sign as "always ready to walk out the door and go do the new and next thing." Don't expect Sagittarius to calmly talk about their issues. Instead, they'll make a move without thinking about the consequences (think gambling or quitting unexpectedly). Even worse? "Sagittarius can drop verbal bombs of truth that are hurtful and divisive, which they'll later come to regret," she adds.

Because Cancers have a hard shell but are secretly vulnerable, it can be challenging for them to open up to people and express their true feelings. This can lead to very immature behavior if they're not careful because Cancers infamously love to hold grudges, especially if they let their frustrations build up. What does that mean? Their difficulty expressing themselves can make them "resort to mind games or manipulation to get the outcome they truly desire," says Loftis.ae0fcc31ae342fd3a1346ebb1f342fcb 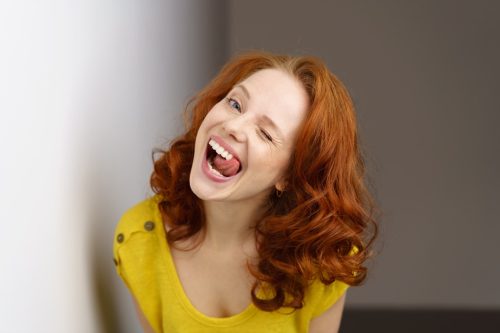 Geminis are famously two-sided, and one of those sides can be extremely childish and even goofy. Loftis credits their immaturity to their dual nature, which can make them "swing wildly from mature adult to impudent child." Because they're ruled by Mercury, the trickster, "Geminis can be impulsive, chatty, or catty," she adds.

Hayes adds that Geminis are "passive-aggressive" and says that "guilt-tripping everyone when they don't get what they want is Geminis' specialty."

Leos love making their lives feel as dramatic as a reality show and can bring chaotic energy wherever they go. Hayes says Leos often "encourage trouble by fanning the flames," but they also love to star in their own stories.

Don't expect Leos to stop a dramatic moment once they get started. They can easily become "quite childish and petty if they are not getting the amount of love, respect, and attention that they need and want," explains Loftis. And you can expect some temper tantrums if they don't get their way or don't receive the praise they feel they deserve.

Hayes warns that "nobody wants to mess with Taurus." This sign has a reputation for being childish and stubborn, and they'll refuse to do anything they don't want to, much like an immature little kid. If someone tries their patience or even refuses to give them what they want, Taurus can easily explode in anger. So, next time you make this sign mad, make sure there aren't any breakables nearby.

RELATED: The Zodiac Sign Most Likely to Divorce, According to an Astrologer.