If This Happens in a Parking Lot, Don't Get Out of Your Car, Police Warn

Authorities say to be on the lookout for this kind of suspicious behavior.

Parking lots can be surprisingly hectic places. Between all the people making their way to or from their vehicles, there's also plenty of chaotic traffic as cars come in and out of spaces. But they can also be home to other hazards besides an unattended shopping cart in your blind spot. And now, police are warning that you should never get out of your car if this one thing happens in a parking lot. Read on to see how you can keep yourself safe the next time you run errands.

READ THIS NEXT: If You Get a Call From These Numbers, "Don't Believe Your Caller ID," FBI Says in New Warning.

It's not uncommon for scammers and criminals to target you while driving.

Being safe in the car has always involved paying attention to your surroundings and following the rules of the road. But besides accidents, your vehicle could also endanger you to scammers and other criminals who might be looking to take advantage of you—especially in parking lots.

This past summer, officials in Fairfax County, Virginia, and Atlanta, Georgia, said they had received reports of bogus parking tickets left on people's cars. Even though they were designed to appear authentic and used official-sounding language similar to local citations, the slips actually contained a QR code that sent drivers to a phony fines collection website where they would unwittingly enter their payment information.

Other fraudsters have taken to using the same technology in a different way. Late last year, the San Antonio Police Department warned of a scam where QR codes were stuck to parking meters encouraging drivers to pay for their space via a website. In reality, the bogus page collected users' personal financial data to commit identity fraud.

Even more recent scams have relied on more traditional methods to trick unsuspecting victims. Earlier this year, police in Wilkes-Barre Township, Pennsylvania, issued a warning about fraudsters attempting to sell counterfeit jewelry and watches to people making their way back to their cars. But now, police are warning of another potential scam making the rounds.ae0fcc31ae342fd3a1346ebb1f342fcb

Police warn you to say in your car if you notice this in a parking lot.

The importance of being aware of your surroundings when you make your way back to your car is a well-known safety tip. But in some cases, even people who appear to be offering help might be targeting you for a crime. This past week, police in Framingham, Massachusetts said they received a call from a woman who said she was robbed after coming out from a shopping run to Target, local ABC affiliate WCVB reports.

"As I go to turn, they were knocking on the window. One gentleman was [on the driver's side] telling me there was something wrong with my tire," Eileen Savoia told the news outlet. "So I rolled down my window and said: 'What do you mean something's wrong with my tire?'"

She explains that the man then told her it appeared her rear tire appeared to be leaking a substance. However, she soon learned that the person was far from a good Samaritan.

"They sprayed my tires with—I believe it was balsamic vinegar—that made it look like it was brake grease. Just to distract me," she said. "While he was distracting me to get out of the car to look at the tire, there was another guy on the right side of my car. He must have went in and grabbed my wallet out of my purse without me even knowing."

This isn't the only version of the parking lot tire scam police have noticed.

Unfortunately, this isn't the first version of a parking lot tire scam reported by victims. In 2019, residents in El Segundo, California, reported a wave of similar crimes in which pairs of criminals would wait in parking lots after flattening the rear tire of a vehicle.

Once the car's owner returned, one fraudster would alert the driver to the problem before offering to assist them. But while they were distracted, the second scammer would take the opportunity to steal items from inside the vehicle, with one person reporting to have lost $1,000, local news site Daily Breeze reported.

Police say you should stay alert and report any potential scammers immediately. 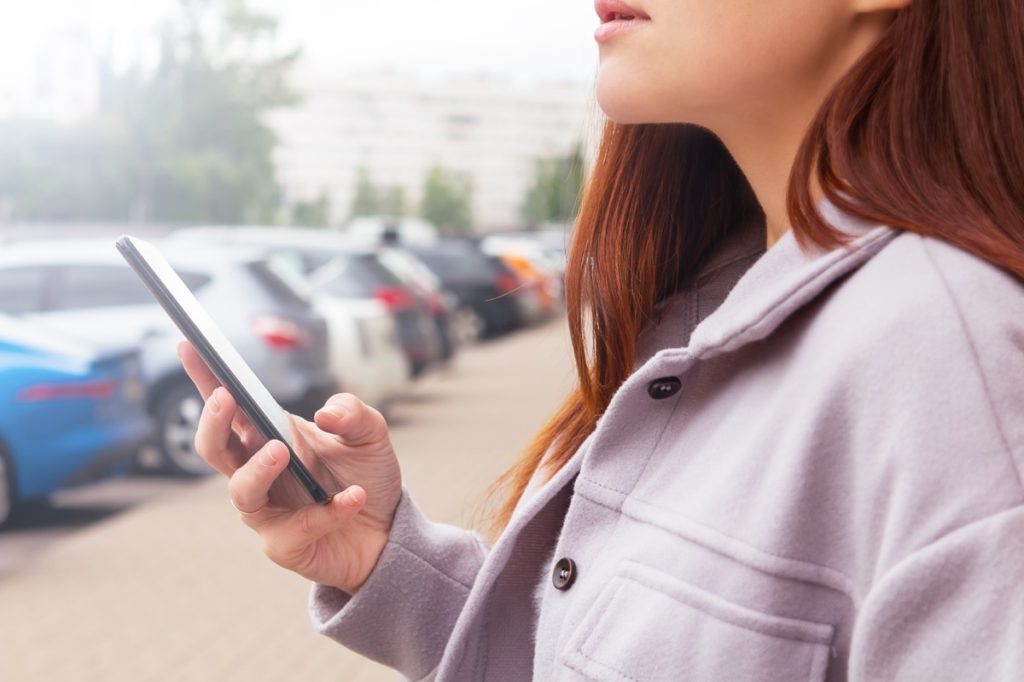 After the ordeal, Savoia said the scammers attempted unsuccessfully to use her debit card to take out cash but could not access the money without her PIN. She now says people should be on the lookout, warning: "The holidays are coming. They're out there. Scammers are out there."

Authorities are also now alerting the public that they should keep their eyes peeled for any similar parking lot tire scams in their area and report any incidents. "Someone may have seen these two individuals in this parking lot … Call us. Let us know. What you think may not be a lot of information may actually help break a crime," Framingham Deputy Police Chief Sean Riley told WCVB. "They move around. So this isn't targeted just towards Framingham."

The El Segundo Police Department issued its own warning in response to the rash of incidents in 2019, reminding residents "to be aware of your surroundings when going to a bank or any other retail location," the department said in an alert, per Daily Breeze. "If a stranger tries to get your attention to tell you one of your tires is flat, be aware you may be targeted for a scam."

"This is an old scam used by thieves, and it appears to be making a comeback, so be aware!" the department added.

Zachary Mack
Zach is a freelance writer specializing in beer, wine, food, spirits, and travel. He is based in Manhattan. Read more
Filed Under
Crime • News • Safety • Scams
Read This Next
Latest News
Read This Next