15 Dead Giveaways You're Dealing with an Only Child

Hint: steer clear of their dessert.

While the image of the nuclear family and its 2.3 children is as deeply-ingrained in many of our psyches as ever, as people increasingly delay parenthood, we're seeing a new demographic on the rise: the only child. In fact, according to the United States Census Bureau, the number of only children in the U.S. has more than doubled since the 1970s, now accounting for approximately one-fifth of all families in America.

And while the idea of growing up without siblings may be foreign to most of us, there are plenty of tells that can quickly alert you to the fact that you're dealing with someone who's never had to share their Game Boy or wear hand-me-down clothes. From their fierce independence to their high-achiever status, these are some surefire signs that co-worker, friend, or romantic partner grew up an only child. And to find out how to make your own family healthier and happier, discover How to Avoid Spoiling Your Child. One of the biggest perks of being an only child is also one of its pitfalls: only children get so used to being alone that they have an independent streak that's difficult to break. This can often mean that, as adults, it's their way or the highway. And if you have a strong independent streak of your own, make sure you know the 15 Ways to Be a Safer Female Solo Traveler.

Having a sibling to take jabs at you throughout your childhood can give anyone a thicker skin. However, for many only children, that lack of playful teasing means they're a bit more sensitive as adults. Those playful barbs you traded with past significant others who grew up with siblings likely won't fly when you're dating an only. And when you want to boost your own morale, discover the 70 Genius Tricks to Boost Your Confidence.

3
They Won't Ask You For Help

That co-worker who would rather go back to school to learn printer repair than ever call for help? Yeah, they're probably an only child. In addition to learning independence at a young age, only children learn how important self-sufficiency is, meaning they're often unwilling to admit when they need a hand. Are you a DIY wizard, or do you want to be? Start with the 20 Home Maintenance Tips Everyone Should Know.

4
They Need Their Alone Time

If that person you matched with on Tinder seemed like they were into you, but suddenly tells you they want to spend a few days alone, don't necessarily sweat it. For many only children, learning to be alone is such an integral part of their childhood that they tend to crave solo time as adults, too. And when you want to make the most of your alone time, discover the 10 Ways to Focus Better During Meditation. With the extra parental attention that often accompanies being raised as an only comes one significant benefit: some over-achieving tendencies. Many only children keep aiming high in adulthood to regain that high they got from parental praise as kids. In fact, research published in the Journal of Individual Psychology reveals that only children tend to academically outperform their peers. And if you're ready to put those high-achieving instincts to good use, discover the 40 Best Ways to Jumpstart Your Career.

6
They're Wise Beyond Their Years

Growing up without a peer at home but with a lot of adult influence can have a major effect on an individual's personality. Namely, it makes them wise beyond their years, both as kids and adults. That "old soul" personality might just be the result of spending more time with grown-ups than with kids in their youth. And when you want to boost your own brainpower, start with the 15 Podcasts That Will Make You 15 Percent Smarter.

7
They Know How to Keep Themselves Amused

If you've got that one friend who seems to know how to find endless ways to amuse themselves in any situation, odds are they're an only. In fact, researchers at Middle Tennessee State University found that only children are particularly good at finding ways to keep themselves occupied, whether that means playing solo or creating imaginary friends. However, if flying solo isn't your style, This Is the Best Way to Make New Friends.

8
They're Loath to Admit When They're Wrong

While kids with siblings often have someone else to pass the blame onto, only children have no such luck. And, as such, they're often unwilling to admit their wrongdoing, even in adulthood, knowing that any blame will fall squarely on their shoulders. Of course, if you want to seem more agreeable, you can always start with the 20 Ways to Be Less Mean.

9
They're Super Close With Their Parents Although many people assume that not growing up with siblings means a lack of family connections, that's far from the truth. In fact, one study reveals that only children are actually more likely to take care of their aging parents than those who grew up with siblings.

Better yet, strong parental relationships can mitigate some of the more negative traits people tend to associate with only children. "Emotionally healthy parents make all the difference in how an only child turns out," says Karen R. Koenig, M. Ed., LCSW. "If they are aware of the pitfalls, they can avoid them." And if you want to foster a great relationship with your own offspring, start with the 40 Parenting Hacks for Raising an Amazing Kid.

10
They're Not Great at Sharing 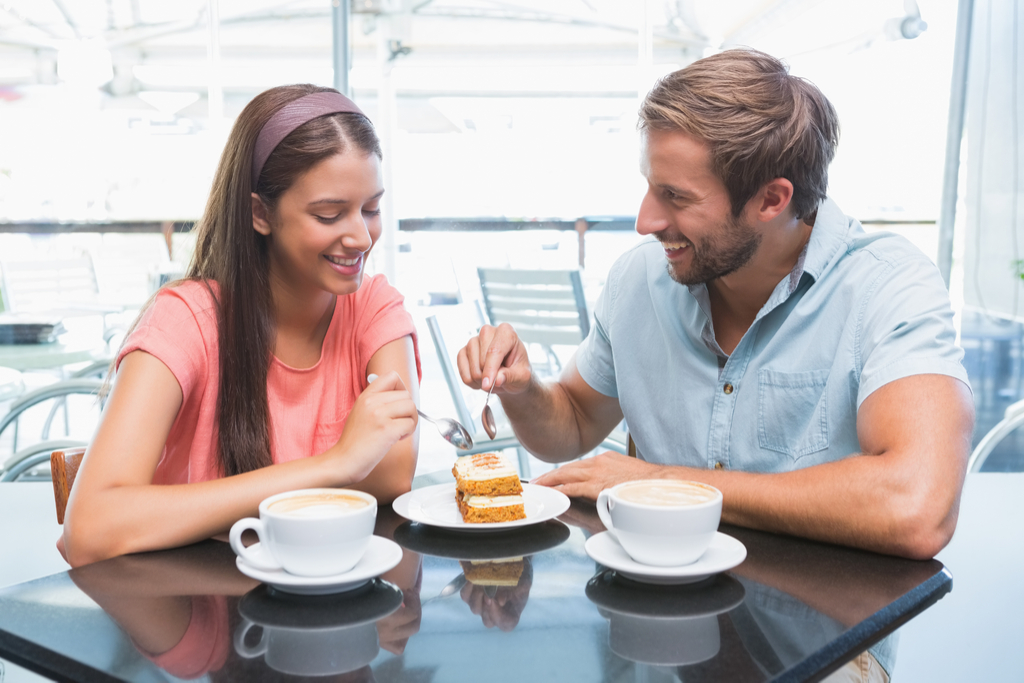 While many of the traits associated with only children are unfounded, their rumored unwillingness to share may have some truth to it. Researchers in China have actually discovered differences in the brains of only children and those with siblings, the former being less agreeable than those who grew up with other kids in the family. "One of the negatives is not learning how to share if parents don't ensure that this developmental process happens," adds Koenig. So, if you find yourself on a date with an only child, think twice before reaching across the table for a bite of their dessert. If you and your significant other can never seem to come to a compromise, it could be their only child status coming into play. In fact, one study suggests that only children's tendency to get picked on may have lifelong consequences, including being less adept at dealing with conflict later in life.

12
They Think Outside the Box That person in your office who isn't afraid to throw out some wild ideas during a brainstorming session? Probably an only child. Research published in Brain and Imaging Behavior reveals that only children are more prone to creativity than their sibling-saddled counterparts.

13
They Need a Lot of Affirmation

Not a big giver of compliments? You might have to rethink that strategy if you're dating or working with an only. Thanks to receiving the lion's share of their parents' attention as kids, only children often need more positive feedback when they're doing a good job than those with siblings.

14
It Takes Them a Bit Longer to Warm Up

Is that colleague of yours stand-offish, or are they just an only child? With some only children, all that time spent flying solo means it's harder to warm up to people as adults. That said, don't let those first impressions put you off: multiple studies have discounted the theory that only children have a hard time making friends. While it may seem as though having some competition at home would make you more likely to strive to be the best, only children may actually have an advantage in that department. Research suggests that only children tend to be highly goal-oriented and intent on succeeding. And when you want to unlock your own success, start with the 13 Tips for a Sharper Brain.

Sarah Crow
Sarah Crow is a senior editor at Eat This, Not That!, where she focuses on celebrity news and health coverage. Read more
Filed Under
Family • Kids
Read This Next
Latest News
Read This Next