You Know You're Over 40 If You Use These Words

Nobody is going to join you back at the "crib" if you say that word.

No matter how good you look and feel, once you've joined the over-40 club, every so often you probably give away subtle hints that you haven't outsmarted the aging process entirely. It could be forgetting names, the sudden need to groan every time you get off the couch, or something as simple as the language you use. Yes, words can date you. And if you want to know what phrases you're uttering that give you away, check out these old slang words only people over 40 use. Can't get enough outdated terminology? Here are 100 Slang Terms From the 20th Century No One Uses Anymore.

Anyone who still describes going online as "surfing the web" probably also has a few of those AOL CDs in storage. You know, just in case. And for terms to steer clear of, check out 50 Outdated Words That Instantly Age You.

If you're talking about the "scotch" variety, then sure. But if you're using tape as a verb—like "don't forget to tape Dancing With the Stars," for example—then you're sending a clear signal that your brain is still stuck in the land of VHSes and cassettes.

It's been years since it was acceptable to refer to the women who assist us on commercial flights as "stewardesses." It may be awhile until you hit the friendly skies again, but when you do, use the proper terminology: "flight attendants." And for more behaviors to avoid as you age, check out these 20 Social Etiquette Mistakes You Should Stop Making by Age 30. 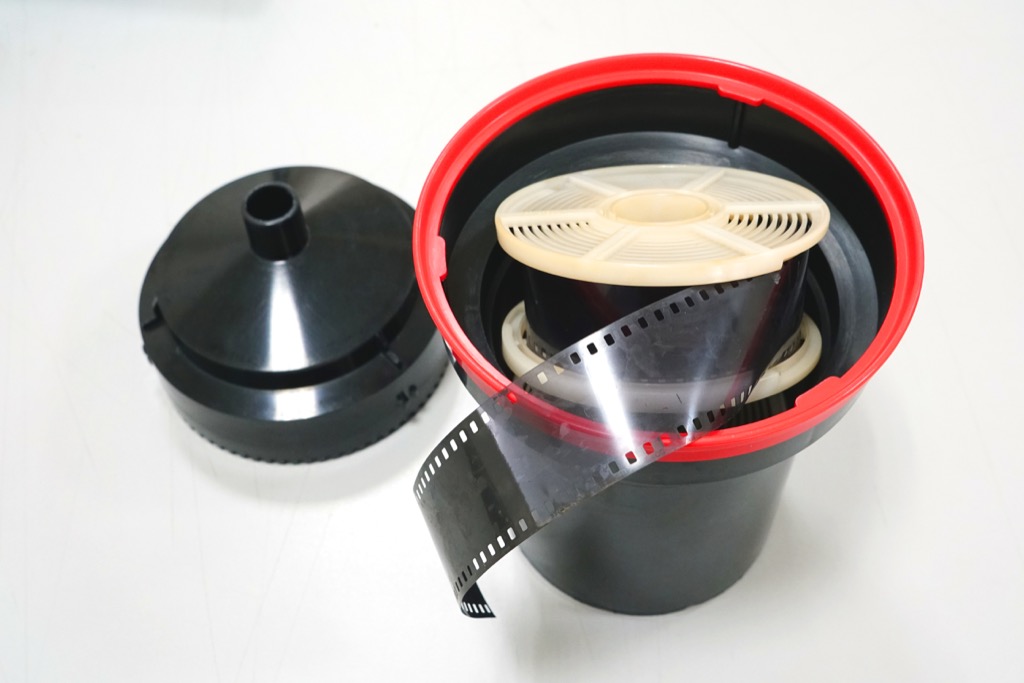 Ah, the good old days when we had to bring film to a physical location—called the fotomat—to be developed and then wait days or even weeks to see any of the photos that strip contained. Not only will Gen Zers not recognize what you mean by "fotomat," they might even think you're making the whole thing up! And speaking of Gen Z, if you're feeling bold, read up on What Gen Zers and Millennials Really Think About Previous Generations.

Back when the first wireless remotes became commercially available in the 1960s, they did make a distinctive clicking sound whenever one of the buttons was pushed. But technology has come a long way since then, and describing any remote control as a "clicker" just dates you. But if you remember that clicking sound, you may enjoy these 20 Things All '60s Kids Remember.

You don't "dial" somebody's phone number anymore. You simply type it in. Kids today will never know your plight of dialing a rotary phone—particularly the number 9—let alone the game of untangling that spiral cord.

Encyclopedias used to be the go-to resource for all sorts of useful knowledge and for every paper we wrote in school. Today, there's Google, Wikipedia, and other outlets for finding answers to our most burning questions. No need to worry about finding Volume 6 of your Britannica! 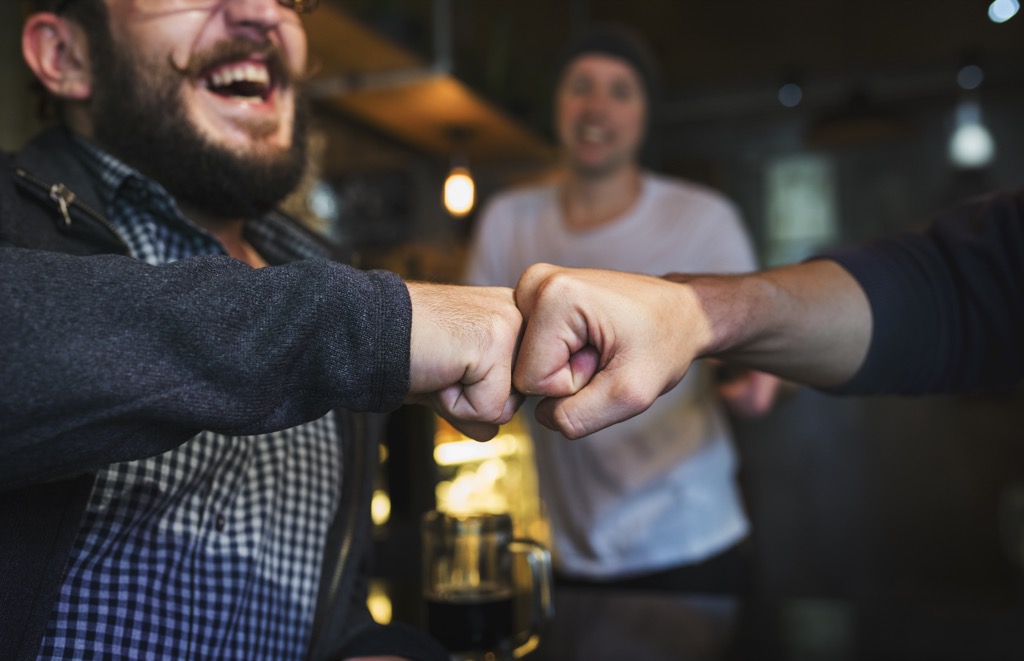 Using "grody" to describe something that's gross would've made you sound hip in the '80s. But saying it today only makes others cringe. And for more words from this era, check out 20 Slang Terms From the '80s No One Uses Anymore.

If you mean an infant bed with latticed sides, that's fine. But if you use this word to refer to where you live, nobody is going to want to join you back at the "crib."

While many of us are nostalgic for those bygone years of mixtapes—including Netflix's 13 Reasons Why—time marches on. You'd be hard-pressed to find a place to play that mixtape you made for Tiffany in 10th grade anyway. And if you can related, check out these ​20 Funny Things People in the 1980s Were Totally Guilty of Doing.ae0fcc31ae342fd3a1346ebb1f342fcb

Arguments persist on whether this victory cheer should be attributed to the 1992 Kriss Kross song "Jump" or the late ESPN anchor Stuart Scott. Either way, if you're saying it in 2019, your age is showing.

Going "postal" used to be shorthand for inexplicably flying into a fit of rage. These days, if you tell someone you're going postal, they'll assume you're threatening to use snail mail rather than email. The horror!

Why did we even start saying this? Was it just because chill rhymes with pill? Whatever the reason, that time has passed. And if you long slang and learning about language, sign up for our daily newsletter.

That thing you type on at work may be reminiscent of the typewriters we used to craft letters and research papers on, but today, it's a keyboard. Technology has been upgraded and your vocabulary deserves the same courtesy. And speaking of today's terminology, check out 40 Everyday Slang Words That Were Invented Online.

In general, comparing something to explosives, even if you mean it as a compliment, is bad taste. You might want to find a new word to use instead.

Referring to alcohol as "hooch"—a language relic from the days of bootlegging and prohibition—not only makes you sound old, it makes you sound like somebody who makes their own booze in a bathtub. And you're much more dignified than that.

It's a brand name that soon became a verb for any DVR recording. But, unlike Kleenex being used interchangeably with tissues, this one did not withstand the test of time.

If you're still using "fly" as an adjective for something cool or sexy, and you've noticed that every time you say it, people glance down at the zipper on your pants and say, "No, you're good," that's because fly hasn't been an adjective for cool or sexy since Jennifer Lopez was dancing on In Living Color.

Are there still young urban professionals? Of course. There are still hippies and preppies, too. But these cultural acronyms have long since been out of circulation. And for more words you may not have realized stand for something else, Here Are What the Acronyms You Use Every Day Actually Stand For.

Even if you're using the word ironically, as an imitation of a '60s Deadhead expressing approval, it's not going to translate the way you hoped.

Warning: If you want to tell someone they're looking good and you choose "spiffy" as your compliment du jour, they might think you drive a Model T and wear top hats to formal affairs.

If you're from the Boston area or are referring to a certain Broadway musical about the origin of the Wizard of Oz witches, you might be able to get away with this word. But even in both of those cases, you're putting a timestamp on yourself.

Has this word ever been used other than to complain about young people? That's its main purpose, right? "What kind of shenanigans are you youngsters up to?" Unfortunately, there's nothing that makes you sound older than scolding the youth.

Even if you specify that you mean "phat with a P-H," you're still asking for trouble. The majority of young people are going to have no idea that your creative misspelling isn't meant as fat shaming. And for more slang that has history, check out The Amazing Origins of Everyday Slang Terms You Use Constantly.