FedEx Is Getting Rid of This, Effective Immediately

The shipping giant was forced to make this service change due to the Omicron surge.

Whether you've recently sent or received a care package or even just bought something from an online retailer, there's a good chance you've used FedEx. The shipping company ranks as one of the biggest in the world in terms of revenue, handling more than 18 million packages per day globally. But just as the COVID-19 pandemic has led to an increased demand for delivering boxes and parcels, it's also presented its own set of challenges for the company. Now, FedEx has announced it will be getting rid of one service amid the latest COVID-19 surge. Read on to see what won't be shipping out, effective immediately.

FedEx is temporarily getting rid of its domestic express freight services, effective immediately.

On Feb. 1, FedEx announced that it would be suspending its domestic express freight services, Reuters reported. The company says the change was driven by staff shortages created by the unprecedented surge in COVID-19 cases brought on by the highly contagious Omicron variant.

The company is also bringing back previously suspended services.

However, FedEx isn't just removing services from its offerings. According to Reuters, the company also announced on the same day that it resumed its international economy freight pick-up services, which it had previously paused due to staffing issues.ae0fcc31ae342fd3a1346ebb1f342fcb

Omicron has previously affected the shipping company's ability to operate. 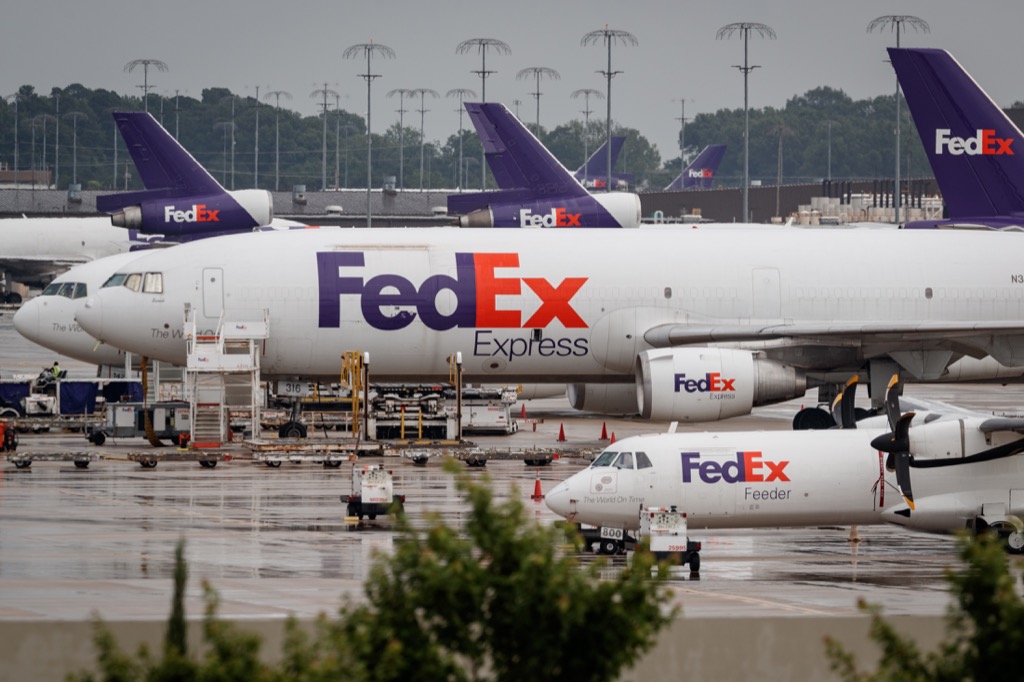 The most recent change to its services isn't the first time FedEx has had to contend with issues brought on by the pandemic's resurgence. In January, the company stated that a spike in cases brought on by Omicron led to a staff shortage that brought about delays in shipments on its fleet of aircraft, Reuters reports. Severe weather across the U.S. also exacerbated the problem by grounding flights at several points.

"The explosive surge of the COVID-19 Omicron variant has caused a temporary shortage of available crew members and operational staff in the FedEx Express air network," the company said in a statement. "We are implementing contingency plans and adjusting operations to minimize delays while continuing to provide the best possible service to our customers during these difficult times."

Other companies have recently suffered from staffing shortages due to COVID-19.

FedEx is far from the only company that has had to deal with the effects of workers becoming infected in droves. In a memo sent to employees on Jan. 18, United Airlines CEO Scott Kirby outlined the staffing shortages his company was facing at the time, NPR reports.

"We have about 3,000 employees who are currently positive for COVID. Just as an example, in one day alone at Newark [International Airport], nearly one-third of our workforce called out sick," he wrote. The company coped by canceling flights ahead of time to avoid travelers arriving at the airport and temporarily reducing the airline's schedule to lessen the effects of staff shortages.

RELATED: If You Get This Message From the USPS, Don't Open It.

Zachary Mack
Zach is a freelance writer specializing in beer, wine, food, spirits, and travel. He is based in Manhattan. Read more
Filed Under
Home • News • Shopping
Read This Next
Latest News
Read This Next