Ever get the feeling there's something they're not telling you?

We all know the rhyme: secrets, secrets are no fun, unless they're shared with everyone. Well, we hate to break it to you, but certain members of the zodiac would disagree. These secretive people may conceal their feelings and actions for a range of reasons—including being sneaky, shy, or generally hesitant to share what's truly going on in their lives. But when you're with them, you'll get the suspicion that they're not revealing the entire truth. Want to know which members of your circle are the most tight-mouthed? Here, astrologers tell us the most secretive members of the zodiac, from the naturally uncommunicative to those who could probably conceal a double life. Keep reading to see which signs made the top six.

READ THIS NEXT: The Zodiac Sign Most Likely to Break Your Heart, Astrologers Say.

Aquarius is creative, friendly, and free-spirited. And while they might not seem secretive at first, they do have some mischievous tendencies. "Known for their independence and insatiable curiosity, they're quick to go M.I.A, leaving everyone wondering what they're up to," says Charlotte Kirsten, founder of the astrology blog Typically Topical.

"Don't expect them to reveal all at your next catch-up either," Kirsten notes. "Driven by logic rather than feeling, Aquarians are extremely guarded with their emotions." They'll flip the conversation back to you before you can ask them about their recent escapades.

This sign isn't secretive in a malicious way but rather because they prefer to enact certain projects on their own. "Caps tend to develop big plans and are usually unwilling to involve others in them," says Alice Alta, the resident astrologer at the Futurio astrology app. "There may be two reasons for such behavior: either mountain goats are afraid that people will mock their ambitions or they fear that someone will interfere with their plans and ruin everything."

Instead of involving others from the beginning, they'll complete their plan and then share the results. Expect this sign to unexpectedly one-up you at the office with a huge project they worked on by themselves.

READ THIS NEXT: The Nosiest Zodiac Sign, According to Astrologers. 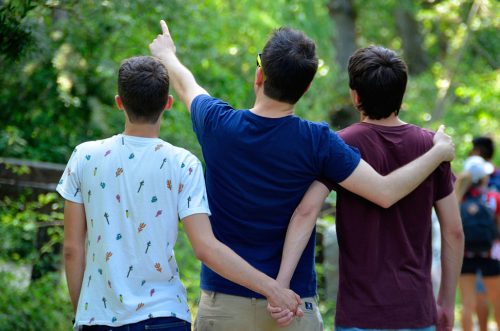 The sign of the twins is known for its dual nature, so it makes sense that Gemini has to withhold information from some people. Sometimes, their behavior can even be classified as downright sneaky.

"For a sign that finds it normal and healthy to date two people at once, apply to several jobs at once, agree to two parties at once—they have to keep secrets to stop people from judging them," says celebrity psychic and astrologer Inbaal Honigman. "Gemini has a hard time maintaining both personalities, which results in some necessary secrecy."

This sign is obsessed with detective stories, mysteries, and mysticism—and they carry some of that in their own secretive nature. "Pisces natives adore intriguing others and talking in riddles," says Alta. "Fish may say, 'You'll never know what I was doing last Sunday!' And when you show your interest, they may make you guess for hours."

Additionally, this sign will often keep their deepest feelings to themselves. "If they share their emotions with everyone around, their feelings lose their value in the eyes of Pisces," Alta explains. "So, you may not even guess what an interesting and well-read person your Pisces colleague is, as [they] hardly ever say a phrase longer than 'Good afternoon!'" As you peel back the layers, though, you'll be pleasantly surprised to find a caring, empathetic, and emotionally intelligent friend.

According to Honigman, mysterious Scorpios believe secrecy is a highly prized personality trait rather than a flaw. "They're great secret-keepers, and they'll never reveal your anxieties and weaknesses to anyone, including their therapist or their psychic," she adds.

The sign is similarly tight-lipped with their own feelings. "They are driven by an all-consuming passion, but in most cases, they'd rather direct it inside themselves," says Alta. "A Scorpio may be on the edge of a nervous breakdown, but [they] keep smiling, pretending that everything is great." If you make it into their close circle, they may begin to share more of their feelings with you—but will always remain slightly mum.

This sign stays quiet on pretty much everything. "Ruled by the Moon, the highly intuitive crab is labeled 'mute' because they seldom reveal much about themselves," says Kirsten. "Despite their high levels of emotional intelligence, Cancers keep their true feelings locked inside their shell in fear of being perceived as too much by others."

What's more, this sign is sometimes even secretive with itself. "For example, a Cancer may be in love with you for years, and you won't even know that," says Alta. "The reason is that they hide this fact even from themselves, let alone from others." Sometimes, understanding exactly how they feel is just too difficult. So, when you interact with a Cancer—even if you're in their closest circle—you may always feel you're missing a piece of the truth.

Juliana LaBianca
Juliana is an experienced features editor and writer. Read more
Filed Under
Astrology • News • Relationship Advice
Read This Next
Latest News
Read This Next