These zodiac signs aren't afraid to voice their beliefs.

Some people aren't afraid to tell it like it is—or at least how they think it is. They don't keep anything bottled up and they're unopposed to voicing (sometimes controversial) opinions. If you've ever wondered why your boss is never diplomatic in their critique or why your uncle always starts political fights at the Thanksgiving table, astrology might offer some answers. Read on to discover the most opinionated zodiac signs, from the slightly self-important to the extra assertive.

Virgos often take a strong stance and believe everyone else should agree with them. Their opinions can range on everything from what you're wearing, to where you live, to who you should date, says Sacred Arts for Soulful Seekers astrologer Briana Saussy. The Virgo in your life, whether a family member or significant other, will often "point out the pros and cons and then let you know what their opinion is." Luckily, this analytical sign is polite, so they don't alway share their judgements. But once you get them started, they won't hold back.

Capricorns believe that they're the best at everything (and they're often right). That can mean they're hyper-confident in the office, or they think they're the most stylish person in their friend group. Because they're so strong-willed, Saussy warns they "fall into the trap of judging by appearances, but they're also willing to learn and revise their stance when they get new or better information." Caps are open to new ideas and enjoy stimulating conversations that make them rethink their own ideas, which makes them interesting friends and colleagues. 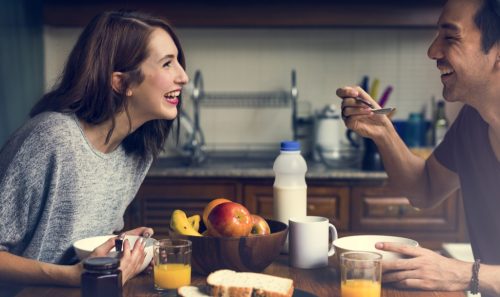 People with Gemini pals know how much they love to talk. Many times, this means sharing stories, but it also leads to loads of reflection. According to Saussy, these extroverted folks are chatty, thoughtful, and whip-smart. "They not only have lots of opinions, they arrive at them quickly, change them just as fast, and are always happy to share them with whoever's around, whether they're interested or not," says Saussy. Geminis aren't shy about expressing their opinions, but they can easily change their minds.

Want to disprove an Aquarius? Unfortunately, you won't get very far. The fixed air sign has strong and strident opinions about specific areas of life. Unlike other signs, an Aquarius is unlikely to change their minds, even after a heated debate. Saussy says their theories "tend to be firm and once made are hard to unmake."

This air sign also loves to lecture about their favorite concepts, which are often related to social causes they're deeply invested in. "Aquarius may not care much about how much money someone makes, but they definitely care about what kinds of social justice causes are being promoted and which ones might be ignored," says Saussy. If you have an Aquarius family member, it's likely you've had to bite your tongue as you listened to their many intense opinions during dinner.

Aries are known for being bold and courageous. Because they're so self-confident, they "have definite ideas about how things should be," says Saussy. This sometimes arrogant and always self-reliant sign wants to make sure their ideas are put into motion, so they'll continue to voice their notions until they're realized. Aries tend to be extremely vocal and they refused to be silenced.

Libras are always fair, so they look at all sides of a story before making up their minds. But since they can see situations from all angles, "they can hold several different opinions about the same scenario," Saussy says. She add that Libras have "an affinity not just for sweet Venus but also for stern Saturn," which makes them surprisingly judgemental. "Their friends might not know because Libra tends to be very tactful, but there are lots of salty opinions underneath that smooth facade," says Saussy. While Libras can often be tactful with how they present their ideas, they'll always share their point of view.