The Most Type A Zodiac Sign, According to Astrologers

They are nothing short of organized and high-achieving.

Everyone has a Type A friend. You know the one: They're high-achieving, fast-moving, and have a tendency to be competitive and impatient. Maybe, you even recognize those qualities in yourself. If that's the case, astrology could have some insight into why that is, as certain signs are predisposed to these ambitious, urgent, and somewhat anxious temperaments. Want to find out if that's you? Read on to discover the six most Type A zodiac signs, from slightly competitive to totally compulsive. 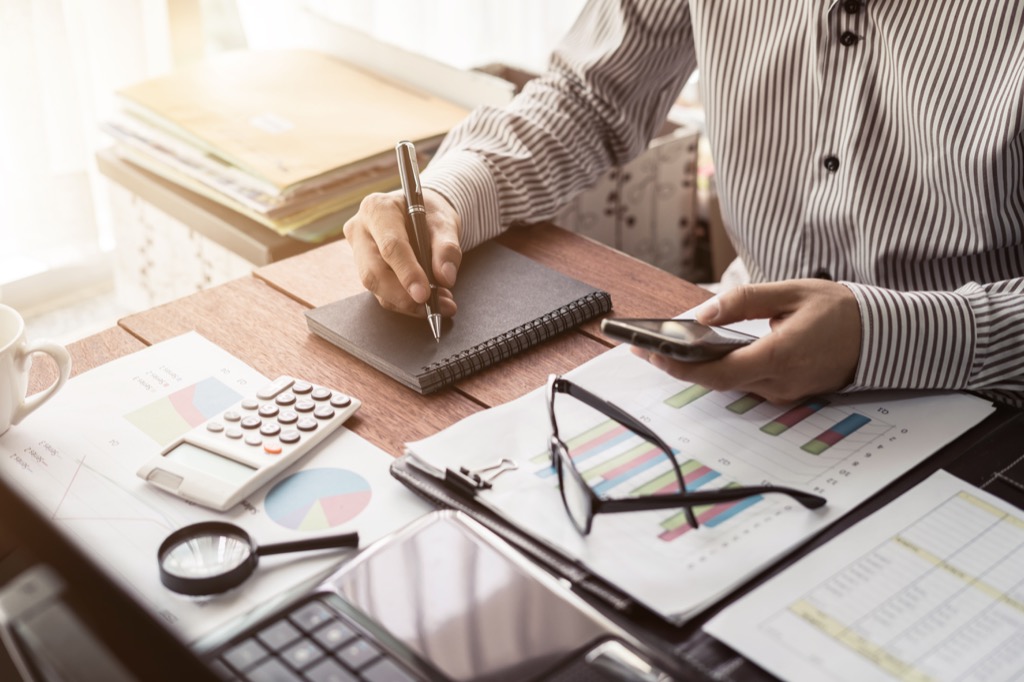 Taurus tends to be hard-working, dependable, and stubborn. While this sign sometimes gets a bad rap for being slow to start, it still has several Type A traits. For example, Taurus is notoriously obsessed with keeping a routine, according to MindBodyGreen. Those with this zodiac sign are also reliable coworkers with a strong work ethic, offering integrity and consistency on the job. Another testament to their Type A ways? This sign thrives in finance and banking careers, according to Astrology.com.

Gemini is ruled by the day side of Mercury, which gives them a mental restlessness that can lead to Type A behaviors. This is sometimes reflected in the ways Gemini tackle their to-dos. In other words, "they have a tendency to flit from one thing to another as they multitask," says author and astrologer Lisa Barretta. While this always-moving sign gets a lot of things done, it may not always be to a gold-star standard. "Type A Gemini gets things done quickly—not necessarily perfectly—but more so to get a task out of the way and move on to the next thing on their list," says Barretta. They'll do their best work if they slow down to focus on one item at a time.ae0fcc31ae342fd3a1346ebb1f342fcb

RELATED: The Most Romantic Zodiac Sign, According to Astrologers.

Leos love being in the spotlight. And, often, obtaining said spotlight requires ambition and hard work. "They are ruled by the sun, making them natural-born leaders," says Barretta. "They may find it difficult to be in a subordinate position since they like to call all the shots." So, if there's a Leo on your team at work, note that they'll likely keep their nose to the grindstone if that means beating someone out for a promotion or getting to present an interesting PowerPoint. Further helping them in this endeavor is that "they thrive on the drama of getting through a project," says Barretta. If completing their to-do list means getting one step closer to being the center of attention, then a Leo is in it to win it.

Governed by Mars, the planet of action, energy, and self-starting, Aries works hard to achieve its goals. Not to mention, as the first sign of the zodiac, they love to be first—whether that's first in the friend group to obtain a six-figure salary or first at the restaurant to place their drink order. As the doers of the of the zodiac, they also act first and think later, explains Jill Loftis, astrologer and founder of Nuit Astrology. "This can make them impatient because they're always in a rush," she says. "Aries is the sign of 'I,' they are super independent which can also make them self-serving and competitive as they strive to be the best." If there's an Aries in your circle, expect them to be ambitious—even somewhat aggressive—in their journey to achieve success.

RELATED: For more astrology delivered straight to your inbox, sign up for our daily newsletter.

You know that friend who's constantly making to-do lists and checking things off in their daily planner? There's a good chance they're a Virgo. This star sign is practical, organized, and calm, paying close attention to detail and sometimes displaying neat-freak qualities. "Virgo has high standards of perfection that they hold themselves and others to," says Loftis. "They are the editors and curators, always knowing what can be fixed, tweaked, and fine-tuned in order to meet this standard."

However, this can also make them somewhat bossy and disparaging. "If they want it done right, they do it themselves because no one else sees flaws the way they do," says Loftis. On the flip side, a Virgo who's analyzed this quality in themselves will be a thoughtful leader who is serviceable to their team and willing to help others achieve the high-level results they expect.

Ambitious, responsible, persistent, and practical are just a few terms you may have heard to describe the Capricorn star sign. "Capricorn sets the standard for success and achievement," says Loftis. "They live and are governed by a set of rules they have self-employed and don't deter from these strong principles. They work hard, put in the effort, and reap the rewards, and don't understand why others can't do the same."

Like Virgos, this can sometimes read as controlling or critical. However, Capricorns have likely never given that perception a second thought. "They are always going the extra mile and they will burden the weight of doing the work for others because they are focused on achieving the goal." That said, if there's a Capricorn in your group project, you can expect to get an "A+" no matter how much work you put into it.

RELATED: The Most Toxic Zodiac Sign, According to an Astrologer.