15 Siblings That Teamed Up to Change the World

These famous siblings have some seriously good DNA.

Going into business with family can be a dangerous venture. Sometimes sharing income with the people you share DNA with doesn't end well. But at the same time, who knows you better or has had your back longer than your siblings? Plus, you can use those talents that are embedded into your genes to create something much bigger than yourselves. That's been proven by plenty of hugely successful famous sibling powerhouses throughout history.

From Serena and Venus Williams' domination on the tennis court to the Wright brothers' invention that transformed travel forever, these famous siblings changed the world for the better. And if you want some entrepreneurial inspiration, check out these 20 Things Only Successful Startup Founders Know.

On December 17, 1903, brothers Orville and Wilbur Wright became the first people to successfully fly an airplane just outside of Kitty Hawk, North Carolina. Previously, the brothers—who hailed from Dayton, Ohio—spent years in their shop where they worked on machinery like printing presses, bicycles, and motors. That experience, along with their natural ability to invent, brought them together to change history.

After their first flight success, the Wright brothers helped to bring commercial air travel to the masses. They eventually founded their own company in 1909, Wright Company, that trained pilots and constructed airplanes.

In 1903, a group of four brothers, Harry, Albert, Sam, and Jack Warner, opened their first movie theater in New Castle, Pennsylvania. From there, they founded a film distribution company in Pittsburgh in 1904, and then opened their first studio on Sunset Boulevard in Los Angeles in 1918.

Just a few years later in 1923, the four brothers finally created one of the first major American film studios—Warner Bros. Pictures, Inc. Since its inception, Warner Bros. has managed to produce some of the most iconic and highest-grossing films in history, including everything from Casablanca to the entire Harry Potter series.

Considered to be the most prominent family in U.S. history, the Kennedy clan—born to Joseph Kennedy Sr. and Rose Elizabeth Fitzgerald—includes John F. Kennedy, the 35th president of the United States; Eunice Kennedy Shriver, founder of the Special Olympics; Patricia Kennedy Lawford, the producer of the first cooking program on network television, I Love to Eat; Robert F. Kennedy, a United States Attorney General and senator; Jean Ann Kennedy Smith, founder of Very Special Arts, a non-profit dedicated to helping people with disabilities engage with the arts; and Ted Kennedy, who served in the United States Senate for almost 47 years until his death.

Since their birth, all nine Kennedy siblings worked together to change the world, exchanging ideas about feminism, civil rights, and other social issues that dramatically changed under their leadership.

The Marx Brothers, known by their stage names, Chico, Harpo, Groucho, Gummo, and Zeppo, are considered to be the most influential comedic act of the 20th century. Gummo never appeared in any films alongside his brothers because he was drafted into the United States Army during World War I. But the four remaining brothers starred in numerous movie hits throughout the first half of the 1900s, like Animal Crackers and Duck Soup.

Eventually, Zeppo stopped acting and the three remaining Marx brothers went on to earn more fame with films like A Day at the Races and At the Circus. Decades later, the Marx brothers' act is still considered to be incredibly influential in the comedy world.

Owners of the second-largest privately-owned company in the United States, Koch Industries, Charles G. and David H. Koch are one of the most influential sibling pairs in politics. For the past few decades, the Koch brothers have changed the political atmosphere of the conservative and libertarian movements in the United States by donating more than $100 million to policy and advocacy groups.

They've helped to fund the Cato Insitute, a libertarian think tank; the Heritage Foundation, a conservative think tank that once supported past president Ronald Reagan; and, more recently, Americans for Prosperity, one of the most influential conservative organizations in the United States.

The musical duo The Everly Brothers, consisting of Don and Phil Everly, made chart-topping music together for more than five decades after making their debut in 1951. Their rock and roll-tinged country music was so influential during the 1950s and '60s that the Beatles actually cite them as their main source of inspiration, nicknaming themselves "the English Everly Brothers" at one point.

The Everly Brothers were eventually inducted into both the Rock and Roll Hall of Fame and the Country Music Hall of Fame, largely thanks to their unparalleled ability to harmonize and play rhythm guitar.

Considering the fact that Sarah Moore and Angelina Emily Grimké were raised by John Faucheraud Grimké, a South Carolina judge and strong advocate of slavery and the subordination of women, their contributions are all the more extraordinary. They began their open protests of slavery and feminism in the 1830s, and were some of the first female abolitionists in the history of the movement.

At the time, their lectures were controversial and not just because of their content—many people believed that it was disgraceful for women to be orators at all. Until their deaths in the latter part of the 19th century, both women wrote voraciously, sharing their opinions on slavery and women's rights.

The Jackson 5, a musical group consisting of Jackie, Tito, Jermaine, Marlon, and Michael Jackson, reached incredibly impressive levels of fame and success in the middle of the 20th century. They became one of the first black musical groups to have crossover success in America with more than 15 Top 40 hits throughout their time together. 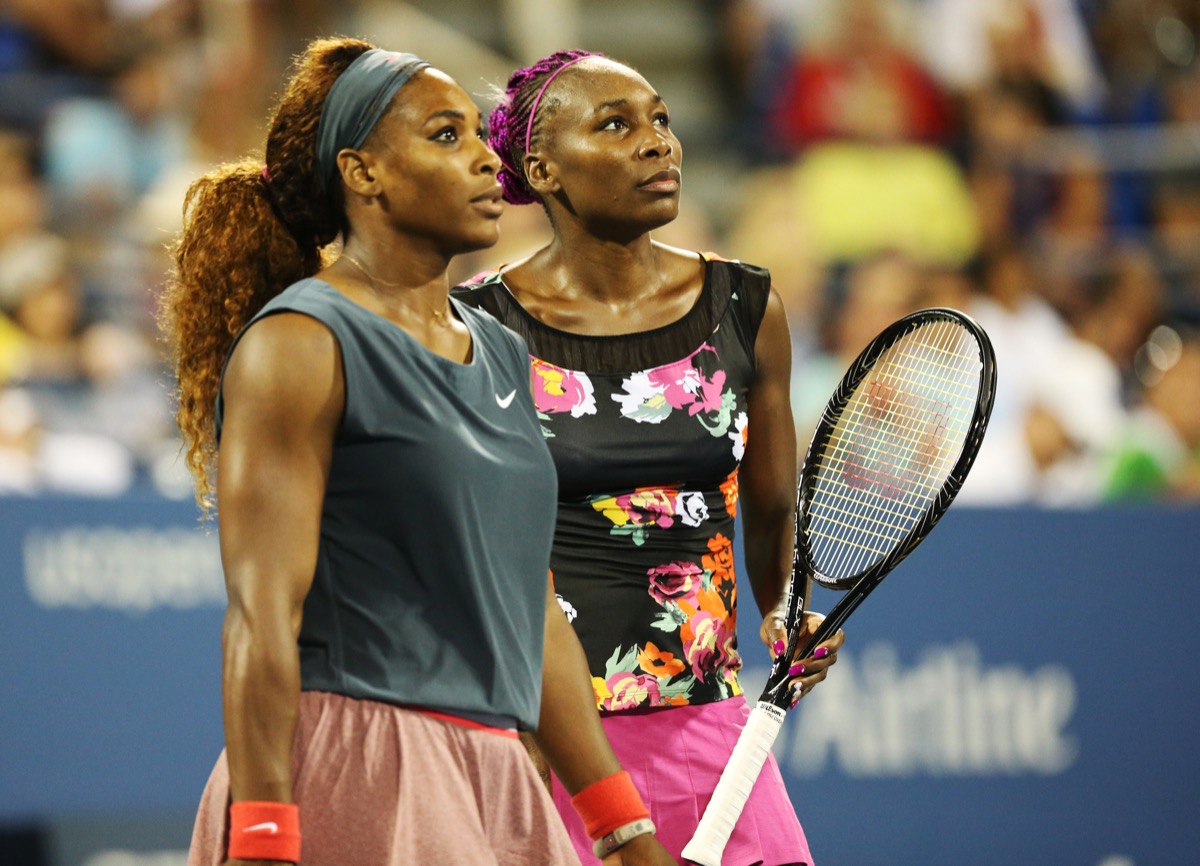 Though both Venus and Serena Williams are extraordinary in their own right, together, this sibling duo has managed to dominate the game of professional tennis for 20 years. They've also broken boundaries in the largely white sport.

Throughout their careers, they've played against each other in nine Grand Slam singles finals. But as a doubles team, they've won 14 Grand Slam titles and three Olympic gold medals.

For the past three decades, the brotherly bond between Prince William and Prince Harry has captivated the world. And in the process, they've made the royal court more accepting, free-thinking, and open to the public. With their wives by their sides Kate Middleton and Meghan Markle, the sons of Princess Diana and Prince Charles have come to represent the next wave of English royalty, including more open conversations about mental health issues and feminism.

Compared to other women living thousands of years ago in Asia, sisters Trac and Nhi Trung held an immense amount of power.

During their reign in ancient Vietnam, they were brave enough to rebel against the Chinese forces that had long controlled their country. For awhile, the Trung sisters were able to fend off the formidable Han dynasty. And in doing so, they're still regarded as national heroes in Vietnam. 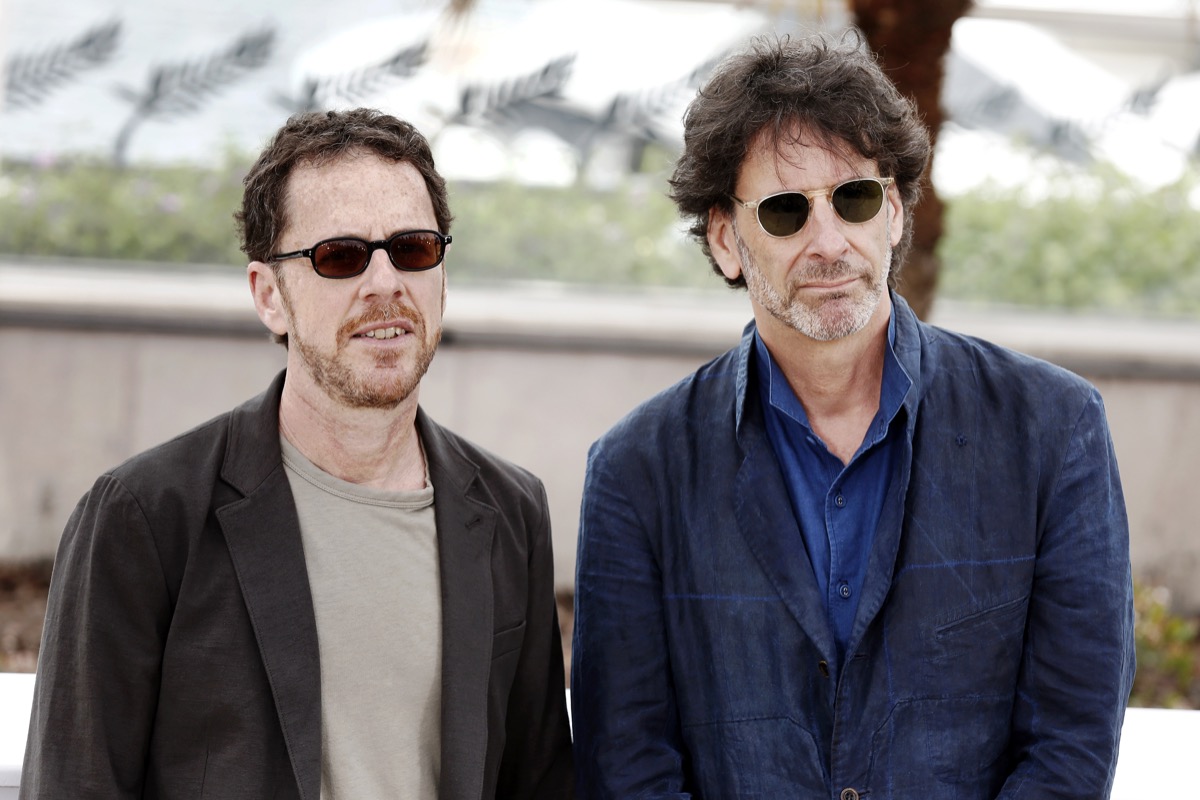 Collectively referred to as the Coen Brothers, Joel and Ethan Coen are some of the most prolific filmmakers in U.S. history. Over the course of the last 30 years, they've created classics like Fargo, The Big Lebowski, No Country For Old Men, and True Grit.

Together, the brothers have been nominated for a total of 16 Academy Awards, winning Best Original Screenplay for Fargo and Best Picture, Best Director, and Best Adapted Screenplay for No Country for Old Men.

13
The Kardashians and Jenners

The Kardashian and Jenner clan may not have saved their country or made flight possible, but there's no dying how famous these siblings are. They have managed to become multimillionaire moguls in their own right and they've changed the way one comes into fame and fortune in our society.

Each member of the Kardashian-Jenner family has artfully profited off the success of Keeping Up With the Kardashians. Its youngest member, Kylie Jenner, recently became the country's youngest ever self-made billionaire at only 21. Her older sister Kim Kardashian is also one of the highest-paid women in the world, making an estimated $350 million per year. And Kendall Jenner, the second youngest of the bunch, has also found immense success as a supermodel for brands like Givenchy, Chanel, Alexander Wang, and many more. Like it or not, the Kardashian-Jenners have made their mark.

With hits like "Summertime" and the score to An American in Paris, composer George Gershwin is still considered to be one of the most enduring musical legends of all time. However, if it wasn't for his older brother, Ira Gershwin, a talented lyricist, some of the world's most popular songs would never have reached the broad audience that they did.

After George's untimely death at the age of 37, Ira went on to craft equally impressive lyrics with composers like Jerome Kern, Kurt Weill, Harry Warren, and Harold Arlen.

German academics, authors, and brothers Jacob and Wilhelm Grimm became the first and most well-known collectors of folk tales.

Their collaboration resulted in the creation of Children's and Household Tales, which was released in 1812 and included iconic stories like "Cinderella," "Hansel and Gretel," "Rapunzel," and "Snow White." Though it initially received a lukewarm response, centuries later, the Brothers Grimm's collective work has outsold nearly every other book ever written in Germany, with only the Bible selling more copies on average. And for more impressive celebrities, check out 11 Times A-List Celebrities Became Real Life Heroes.

Ashley Moor
Ashley hails from Dayton, Ohio, and has more than six years of experience in print and digital media. Read more
Filed Under
Career • Celebrities • Family
Read This Next
Latest News
Read This Next