The Most Attractive Zodiac Sign, According to an Astrologer

Don't be surprised if you can't take your eyes off of them.

Ever wondered why certain people seem to sparkle more than others? Perhaps it has something to do with what they wear, their hairstyle, their skincare regimen, or just a twinkle in their eyes. It turns out, when you simply can't take your eyes off of someone, astrology might also have something to do with it. Read on to discover the six most attractive zodiac signs, from slightly tempting to completely bewitching.

READ THIS NEXT: The Zodiac Sign Least Likely to Fall in Love, According to Astrologers. 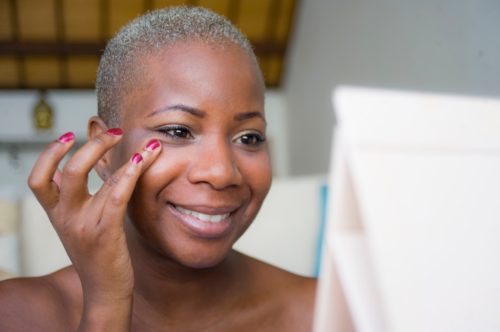 Inbaal Honigman, celebrity psychic and astrologer, explains that Virgos look their best because they take such good care of themselves. This sensible sign always applies sunscreen and "they'll take their vitamins and go for a run because they want to be healthy when they're older." Virgos stick to their beauty regimens because they love routines, in general. Honigman promises "all those good habits add up eventually," allowing Virgos to be "the youngest looking" seniors out there.

Leos love attention, so they always try to look their best to guarantee they'll receive it. This sign is governed by the sun, so everything around them is bright, which draws people to them, says Honigman. "Leos feel that it's nice to look nice, and it shows," she explains. All that effort pays off in the end.

READ THIS NEXT: The Most Flirtatious Zodiac Sign, According to Astrologers.

While people might think of Taureans as being more understated, they're often effortlessly good-looking. "Even though Taureans are an earthy, quiet, brainy sign, which means they value personality over beauty, they are still governed by Venus, planet of love and beauty, and so they have an effortless elegance about them," Honigman explains. These Earth signs "prefer classical looks, and leave quirkiness for the other signs." Often, if you're looking at old pictures of Taureans they'll appear ageless because they never change their classic style.

If you're friends with a Capricorn, you know they always love to look their best. This could mean carrying a designer handbag or regularly getting their hair done (or both). They eschew fast fashion and opt for elegant, understated designer outfits and accessories. Honigman says "they always appear beautifully pulled together and chic" because of their penchant for the finer things in life.

READ THIS NEXT: For more astrology content delivered straight to your inbox, sign up for our daily newsletter.

Aquarians are often generous people who love to give back. And while they don't spend time on typical beauty routines, they shine from within. Honigman credits their good looks with getting enough beauty sleep. "They're people who sleep well at night, knowing they've done all they can to aid humanity every day," she says. All that beauty sleep pays off because it leads to inner peace, which translates to a tempting exterior.

Libras are chic, elegant, and always look put together. This sign is governed by Venus, the planet of love and beauty, "so they have a helping hand from the Goddess of Love herself," says Honigman. This air sign appears breezy with people around them, which makes them easy to get along with and alluring. "Peaceful people have a glow about them, and Libra's inner balance, symbolized by their sigil—the Scales—makes them very peaceful," says Honigman. People who are at peace with themselves often shine from within, just like Libras.ae0fcc31ae342fd3a1346ebb1f342fcb

READ THIS NEXT: The Zodiac Signs Least Likely to Divorce, According to Astrologers.