Captain Marvel is just the tip of the spear.

Hollywood used to believe that movies with strong female leads didn't sell. Box office flops like Elektra and Catwoman didn't help. But in a post-Wonder Woman age, it can't be denied that audiences are craving films with powerful women who don't need saving by any guy. "The world is changing," said filmmaker Patty Jenkins at a women's summit in New York this summer. "So if Hollywood wants to get rich, pay attention to this: Women are our biggest audience in the world right now. It would be wise to go after them."

If you need another reason to get excited about 2019, well, read on, because here are 30 of the most anticipated movies of next year that put women front-and-center.

Brie Larson, who won an Oscar for Room, plays Marvel's most canonically powerful Avenger, Captain Marvel (actual human name: Carol Danvers). As you may recall from this year's must-watch Avengers: Infinity War, in the end-credits tag, Nick Fury (Samuel L. Jackson) used a pager to contact Danvers just before he and 50 percent of sentient life in the universe got disintegrated. With Avengers: Endgame coming out just a month-and-a-half after Captain Marvel, we have a weird feeling that she doesn't just save the planet but the whole darn universe. 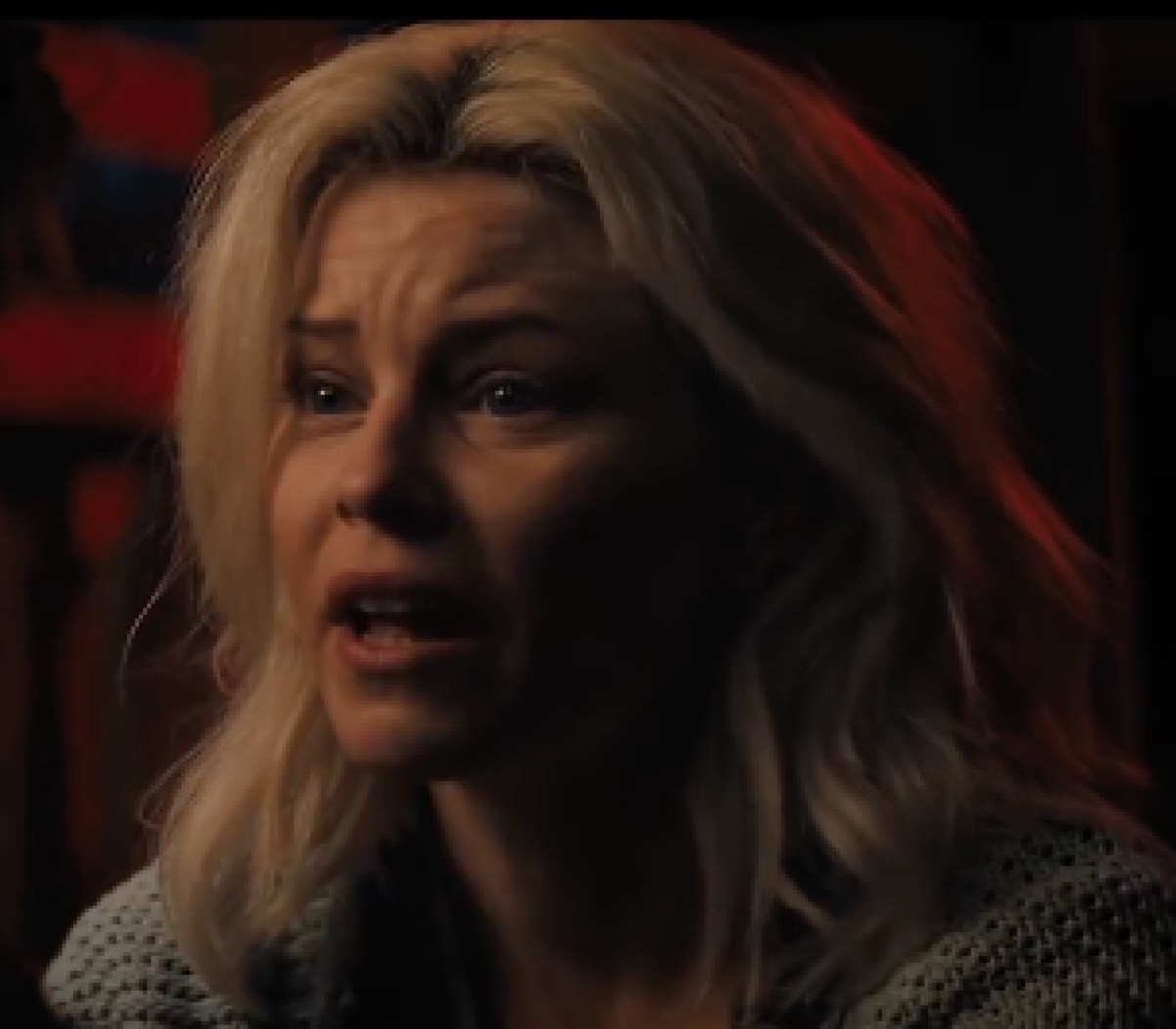 What if an intergalactic abandoned child landed in your backyard? And it didn't turn out to be Superman or even Megamind? You might just become the mama of something a bit more sinister. Elizabeth Banks, Meredith Hagner, and Jennifer Holland star in this tale of extraterrestrial adoption gone very, very wrong. 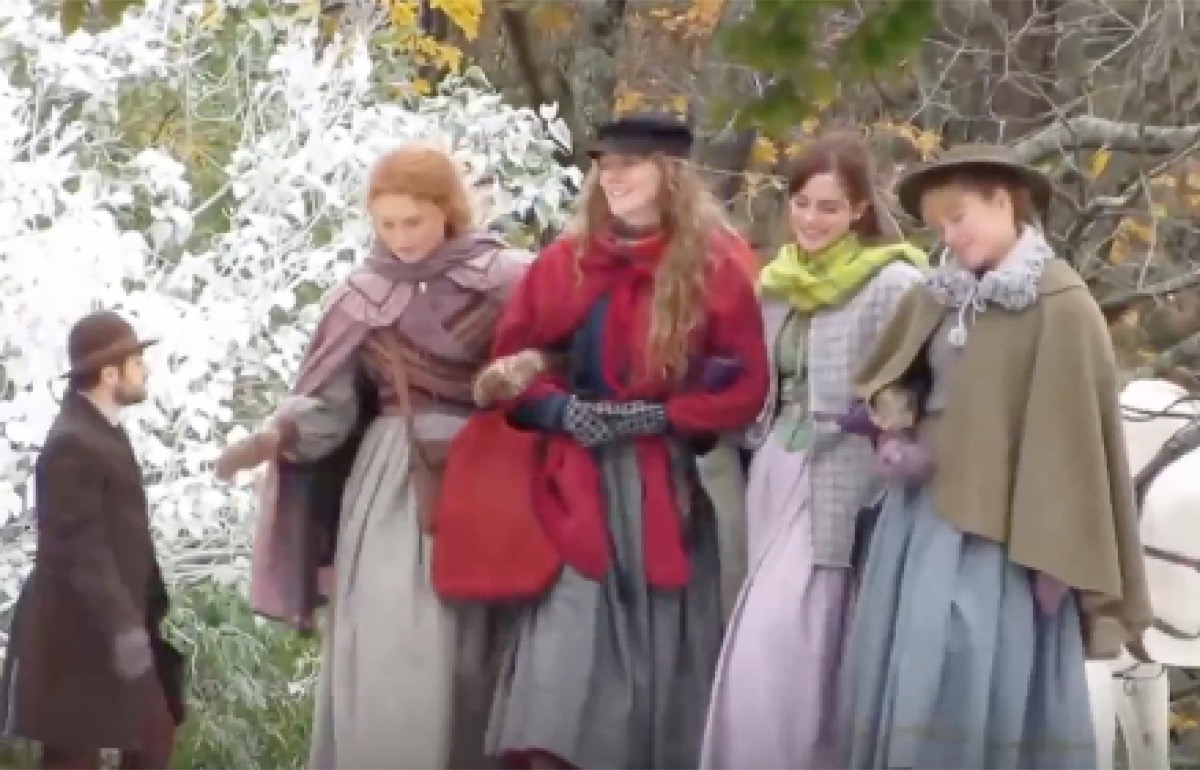 Yes, it's yet another adaptation of Louisa May Alcott's enduring novel of women defining themselves in the aftermath of the Civil War. It's been done before, sure, but not by the Oscar-nominated director of Ladybird Greta Gerwig. And with a cast that includes heavy-hitters like Meryl Streep, Laura Dern, Emma Watson, and Saoirse Ronan, we are totally checking this out. 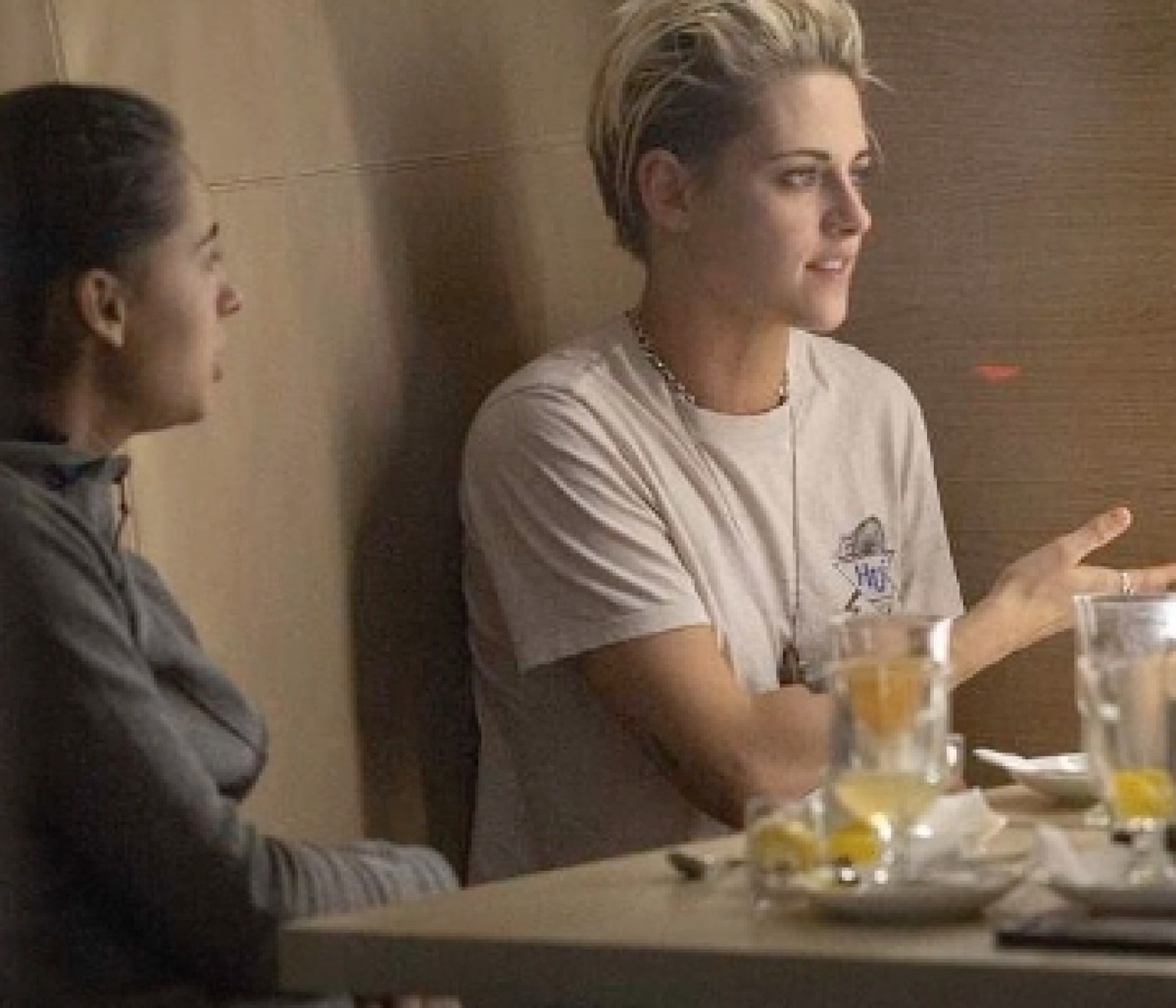 It's not another remake featuring Drew Barrymore. Elizabeth Banks—whom you probably remember from the Pitch Perfect and Hunger Games series, as well as TV shows like 30 Rock and Modern Family—directs, produces, writes, and stars as Bosley in this reboot, and it stars Kristen Stewart, Ella Balinska and Naomi Scott. Women aren't just kicking butt on screen but behind the scenes as well. 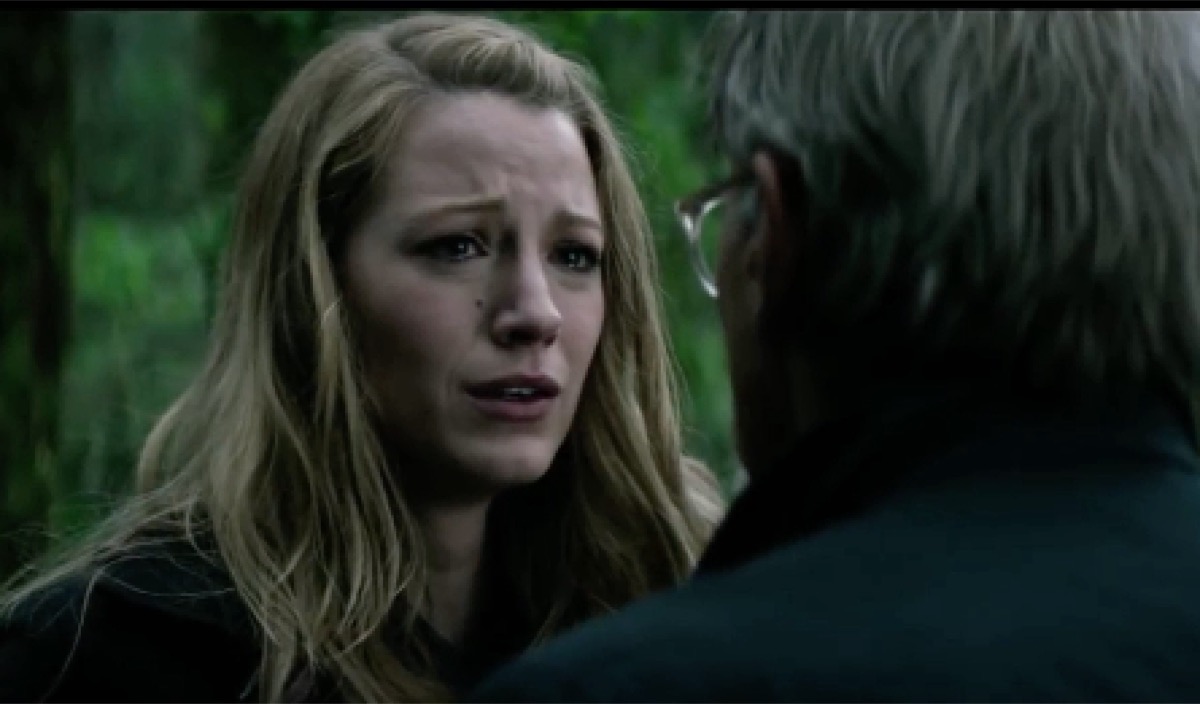 Why should Blake Lively's husband, Ryan Reynolds, get all the fun in the Deadpool movies? In this action-packed thriller, Blake plays a woman looking for revenge—her family died in a plane crash, and she suspects foul play—and it of course results in a lot of over-the-top screen violence and implausible stunts. The movie is directed by Reed Morano, a woman who was also the cinematographer on Beyonce's "Lemonade," so suffice is to say she knows something about capturing revenge on film. 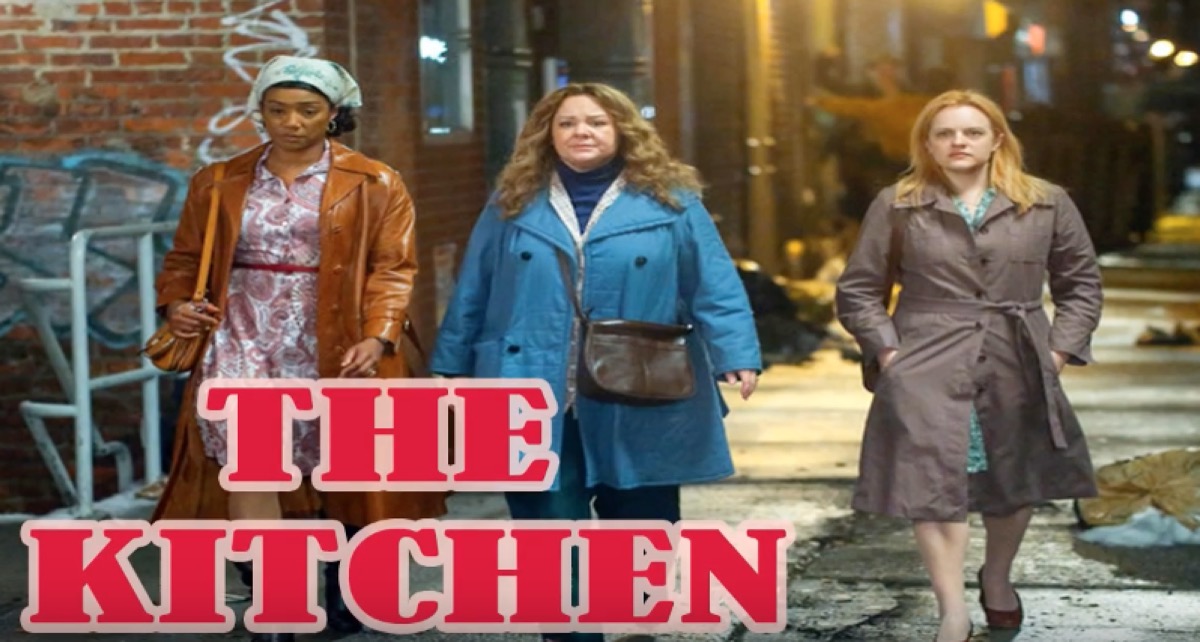 The directorial debut by Andrea Berloff, this crime tale set in the 1970s-era Hell's Kitchen—based on a comic book series—follows two mob wives, played by Melissa McCarthy and Girls Trip star Tiffany Haddish, who take over the family business after their mobster husbands are nabbed by the FBI, and they end up being far more brutal (in hilarious, over-the-top manner) than their husbands. 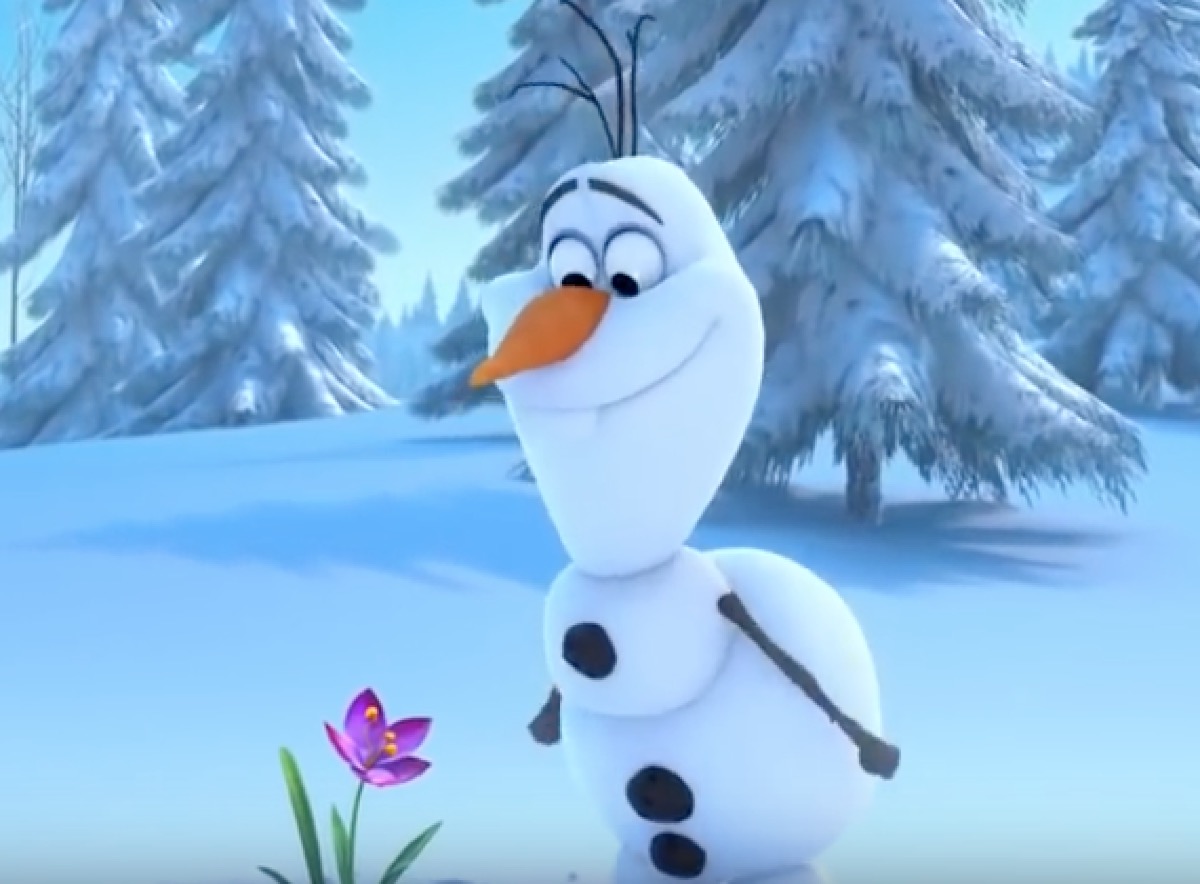 There will be no larger opening or box office numbers than this insanely popular sequel to Frozen, starring Idina Menzel, Kristen Bell, and Evan Rachel Wood. So just let it go, let it goooooo, you know when this opens you're going to gooooooo.

Imagine Mel Gibson's What Women Want, but now it's a woman who's suddenly able to hear what men think. Even better, the woman is played by the hilarious, screen-stealing Taraji P. Henson from Empire. 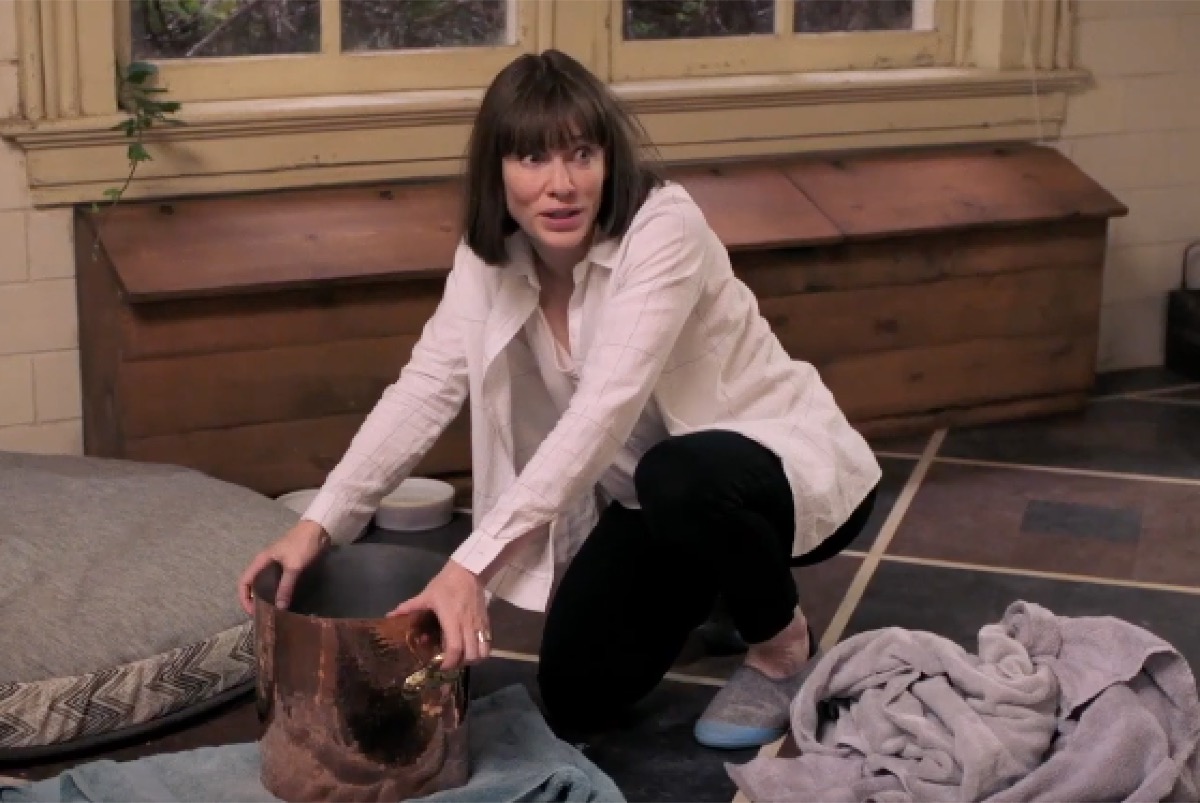 Adapted from a ridiculously funny novel about a complicated mother-daughter relationship, it's the story of a 15-year-old girl (played by newcomer Emma Nelson) who tries to track down her anxiety-ridden mother (played by Cate Blanchett) who disappeared before a big family trip. With Richard Linklater as director (he last gave us the beloved film Boyhood), there's no way this movie can be anything but amazing. 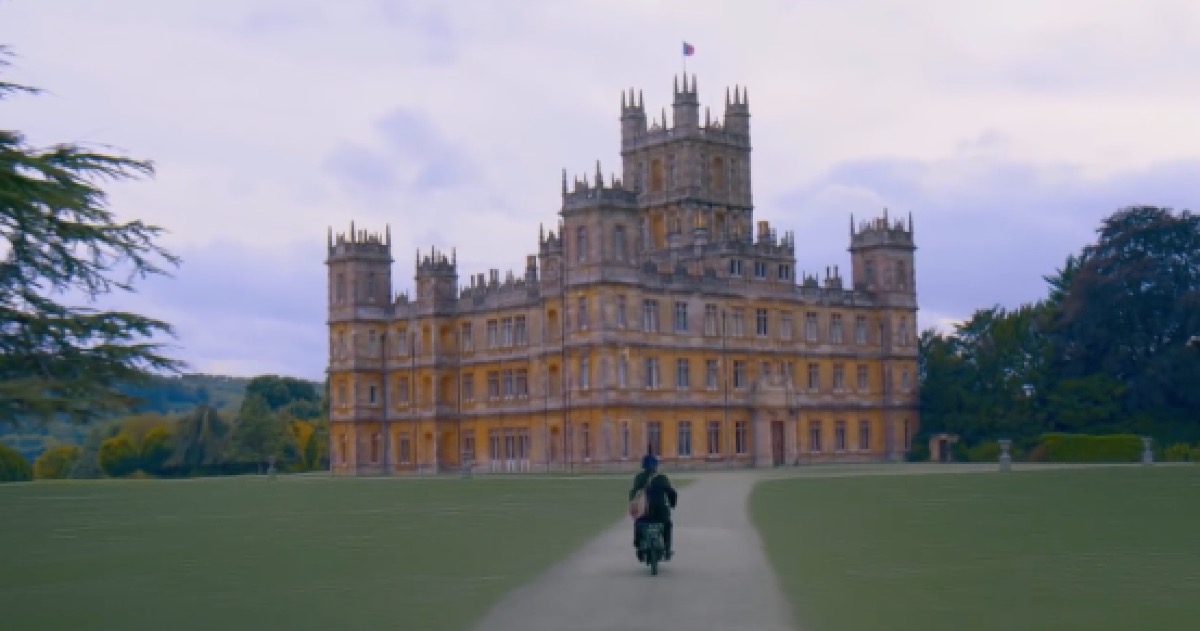 Everyone's favorite British period drama, which ran for six seasons on PBS' Masterpiece Theater, is now one of the most anticipated movies of the year. It's like an Avengers event film, but with proper dinner attire. And honestly, Maggie Smith can do more with a barbed comment than any superhero could with a punch. (Unless—maybe—that hero is Carol Danvers.) 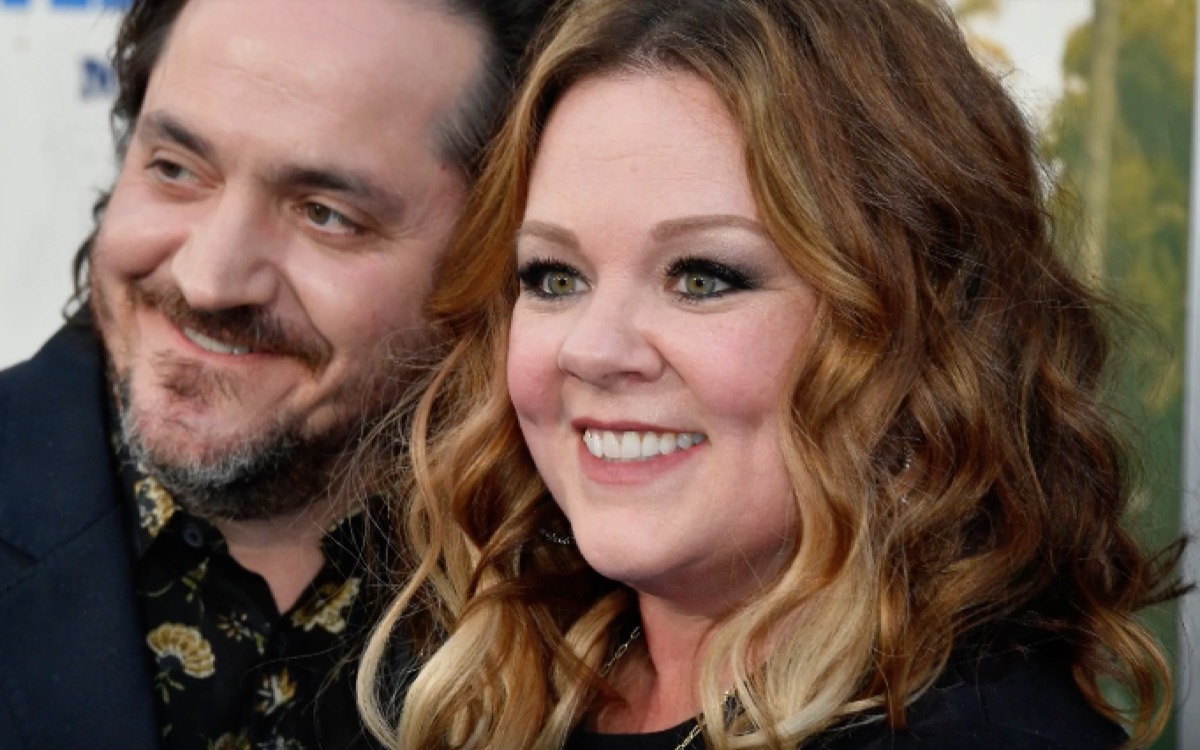 Honestly, we'd go see a Melissa McCarthy movie that's nothing but two hours of her napping; she could make even that funny. But this comedy sounds especially promising. Santa is missing, so Mrs. Claus (played by McCarthy) steps in to find her hubbie and save Christmas. It's also a musical, so we get to see if McCarthy has singing chops as powerful as her funny bone.

The online trolls can complain and moan all they want, Rey—played by the epically awesome Daisy Ridley—is back, and ready to step up and restore some balance to the universe. The force is strong in this one. And despite having died tragically in 2016, Carrie Fisher is back as Princess Leia, appearing in unreleased footage from the last two movies.

The adaptation of the long-running Broadway musical that was also an adaptation of a series of T. S. Eliot poems. Got that? All you need to know is that it contains one of the most critically acclaimed and over-performed diva songs to end all diva songs, "Memories." Jennifer Hudson gets the belting honors. Also look for stars like Judi Dench, Taylor Swift, and Rebel Wilson.

Keira Knightley stars in yet another period piece—this time, a post-World War II romance about a British colonel and his wife who share a house with a German widower (played by Alexander Skarsgård) and his daughter. Imagine if a reality show like Big Brother had more Nazis and you have a general idea of just how awkward it gets.

A woman (played by Rebel Wilson) who's disillusioned with love gets hit in the head and finds herself stuck in an alternate universe that follows every trope of the romantic comedy genre. Your enjoyment of this movie really depends on whether you think getting trapped in a rom-com sounds hilarious or horrifying. 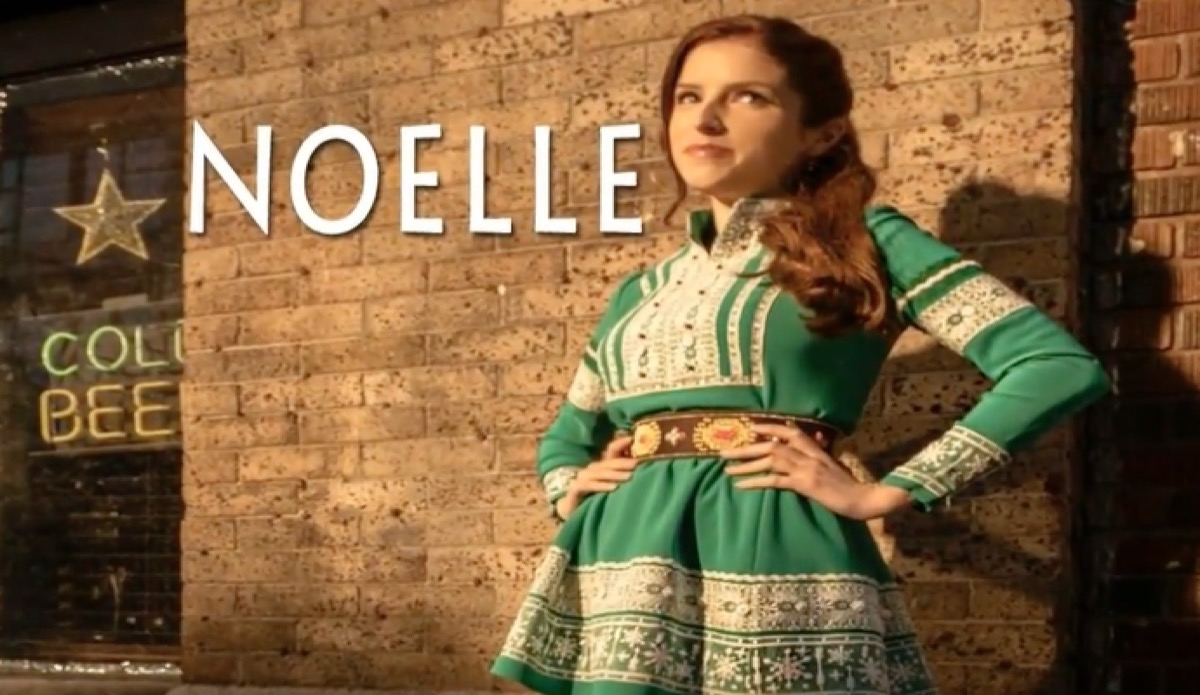 A movie about Santa's daughter Noelle (Anna Kendrick) who's ready to pick up the slack when her famous dad can't handle the workload. It really does seem like the predominate message of 2019 is that Santa is getting old and the patriarchy is crumbling and thank goodness there are women around to save Christmas for the rest of us. And for some real-life St. Nick hilarity, check out The Most Hilarious Letters to Santa of All Time.

Wealthy families send their troubled daughters to a private island called Paradise Hills in hopes that they'll be reformed, but it turns out they're just trying to plot their escape. This futuristic thriller stars Emma Roberts, Eiza González, Danielle MacDonald, and Milla Jovovich. 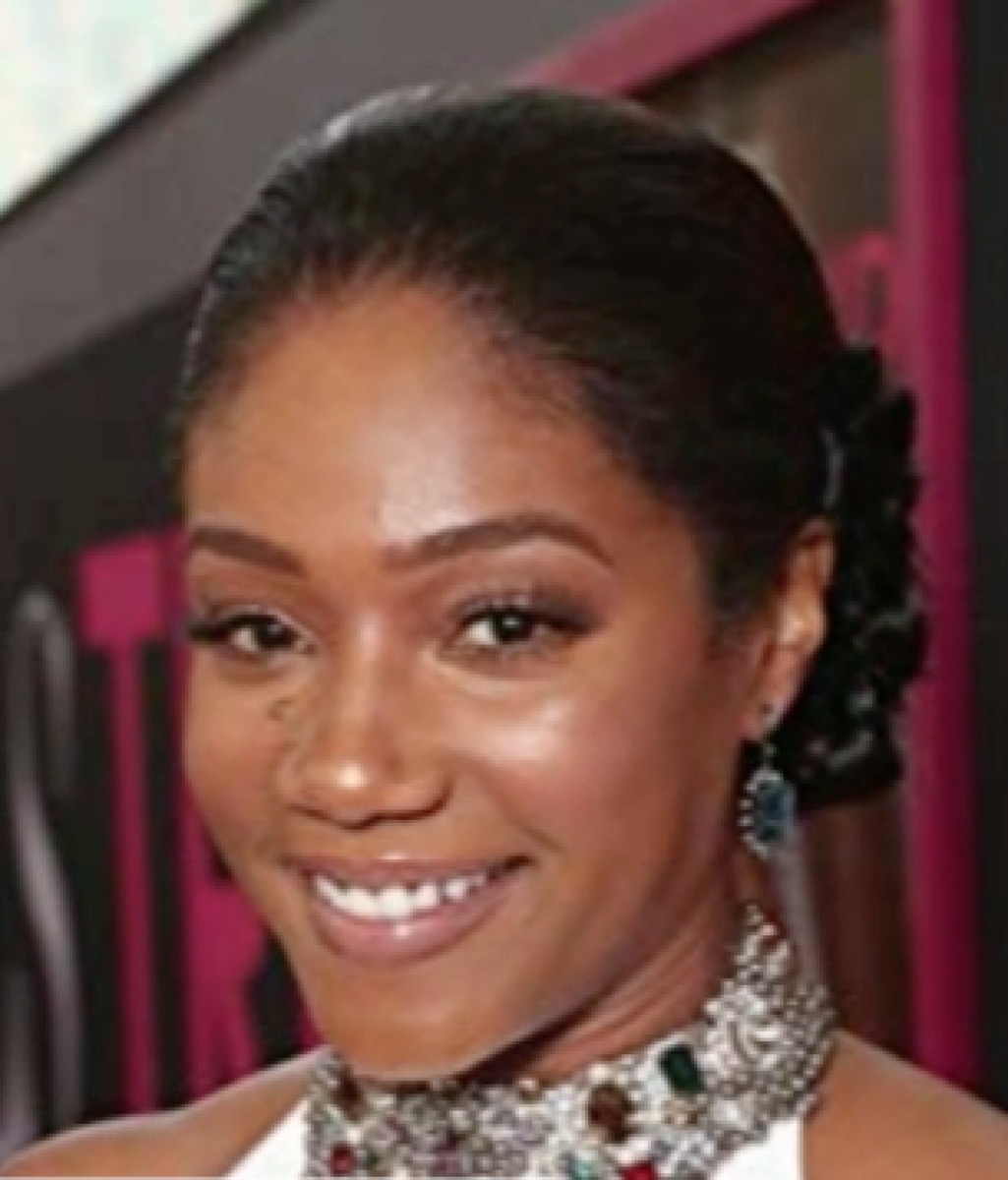 A film that Paramount Studios loved so much, it pulled Transformers 7 from its June release so this Tiffany Haddish comedy would have less competition. It's about two girlfriends who open a cosmetic line and realize that their personality differences are too great to run a business together.

19
The Woman In The Window 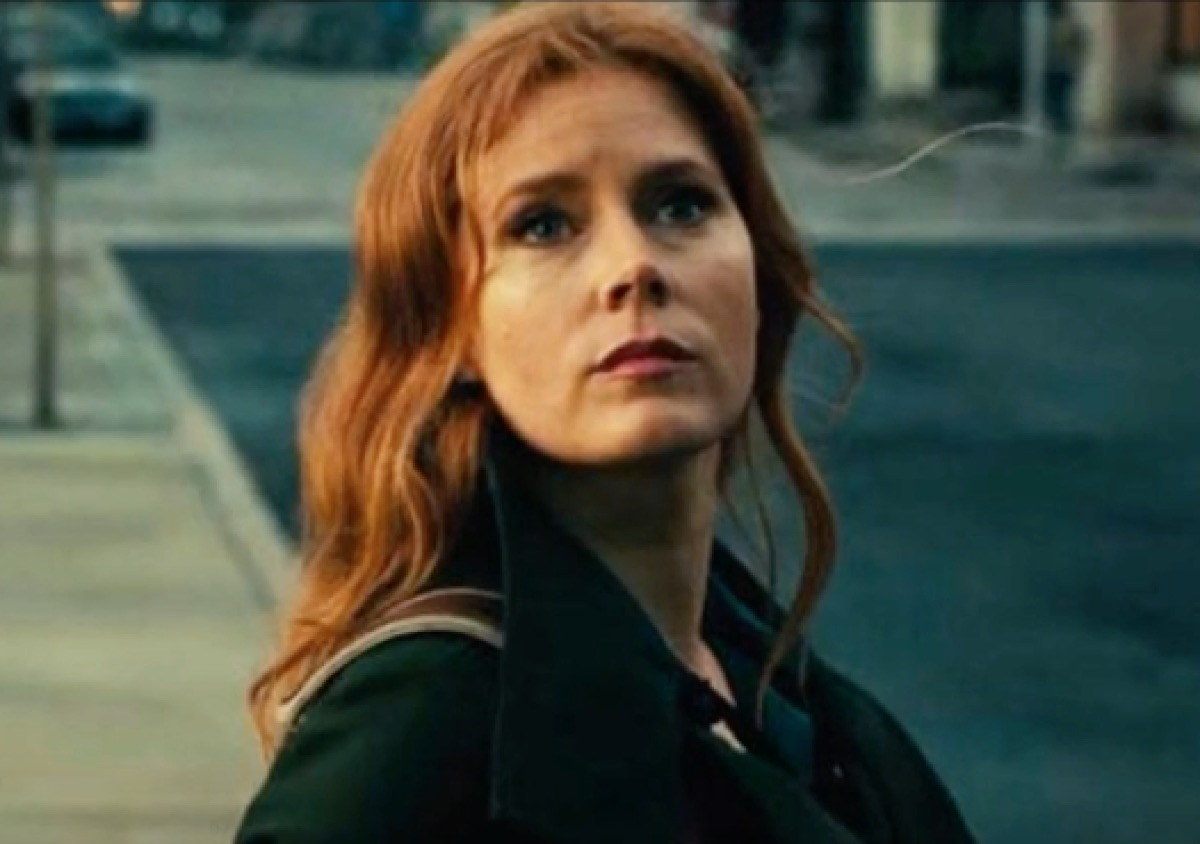 If "Rear Window but with women" isn't enough to convince you, consider this. Instead of a wheelchair-bound photographer, the lead (played by Amy Adams) is a child psychologist with agoraphobia (she mixes booze with her medication) who doesn't leave her home, and Julianne Moore plays her mysterious neighbor.

This film festival favorite—it screened at Cannes, Telluride and Toronto—follows a Wayúu family that gets corrupted by the Colombian drug trade. It's been compared to classic mob movies and TV series like The Godfather and The Sopranos, but with stronger female characters. 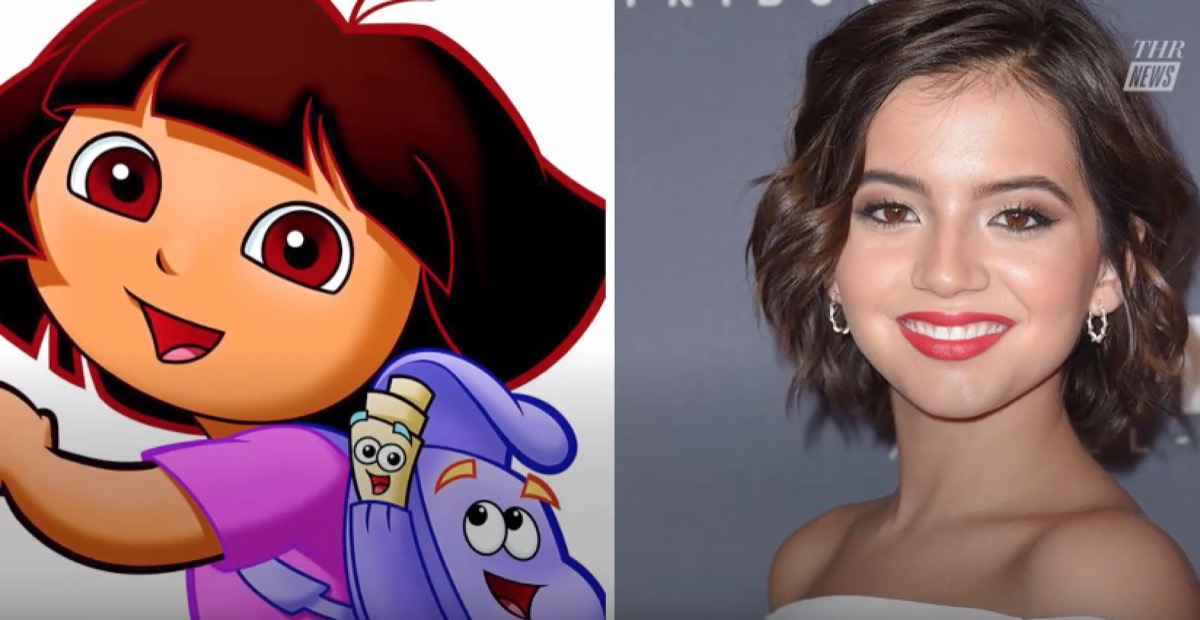 It's about time this little scamp and her backpack got the live-action movie they deserve. Isabela Moner and Eva Longoria star, though there's been no word yet on who's going to play the monkey.

Everything about this movie sounds hilarious and adorable. A famous comedy actress (played by Drew Barrymore) hires her stand-in (also played by Drew Barrymore) to do community service for her. Eventually, the stand-in has taken over every facet of the star's life, including both her career and boyfriend and soon the actress finds herself completely replaced by the person who kinda looks like her.

If you're not a fan of superhero movies, you may not be happy with the cinematic offerings of 2019. Suffice is to say, the year is a bit heavy on the superhero genre. And both the heroes and villains are more female than ever. Case in point, Dark Phoenix, in which both the titular super-villain, Dark Phoenix (Sophie Turner) faces off with old school mutants like Mystique (Jennifer Lawrence). 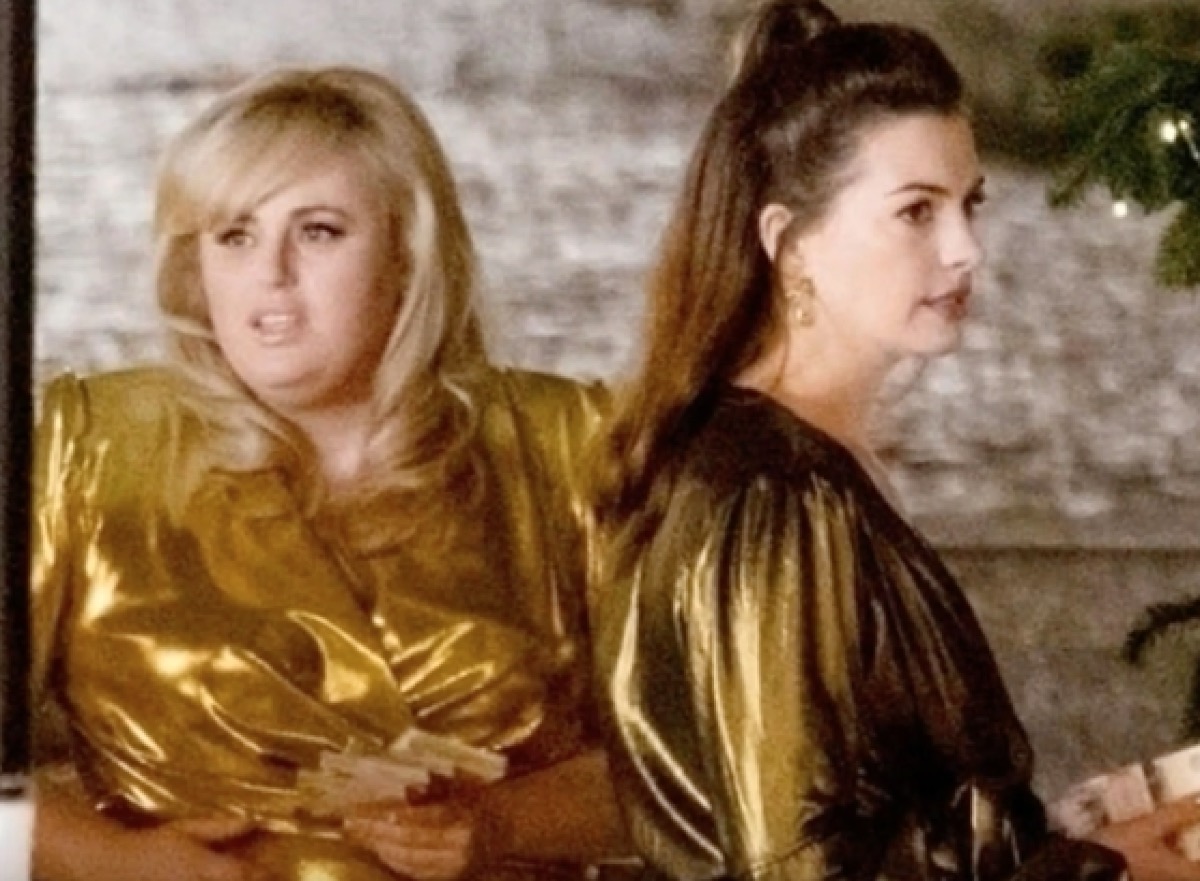 Another gender-flip movie, but this time it's the Steve Martin/Michael Caine 1988 hit Dirty Rotten Scoundrels, and the mismatched duo of con artists competing in a "loser leaves town" contest are Anne Hathaway and Rebel Wilson.

We know very little about this movie, other than that it's got a phenomenal cast—Nicole Kidman, Margot Robbie, Allison Janney, and Kate McKinnon, to name just a few—and the plot follows several women who worked at Fox News, including Megyn Kelly (played by Charlize Theron), who take down their boss Roger Ailes. We don't need to know any more—other than where and when to buy a ticket.

If you've been yearning for a popcorn munching action flick with a Hispanic woman in the lead, look no further. Directed by Catherine Hardwicke (of Twilight fame), it follows a woman named Gloria (played by Gina Rodriguez) who has to break out of her demure shell and find the strength to free her kidnapped best friend from a Tijuana crime cartel.

A black couple on a first date get pulled over by a cop on a first date, and, after they're forced to kill in self-defense, they become fugitives from justice. Get Out's Daniel Kaluuya may be the star attraction, but co-star Jodie Turner-Smith is guaranteed to have some big moments here, especially with a female power-duo behind the scenes like Lena Waithe (an Emmy winner for Master of None) and director Melina Matsoukas.

Yes, it's Simba's story. But we all know his best friend/future wife Nala (Beyoncé) will steal the show. Queen Bey takes a back seat to no one. 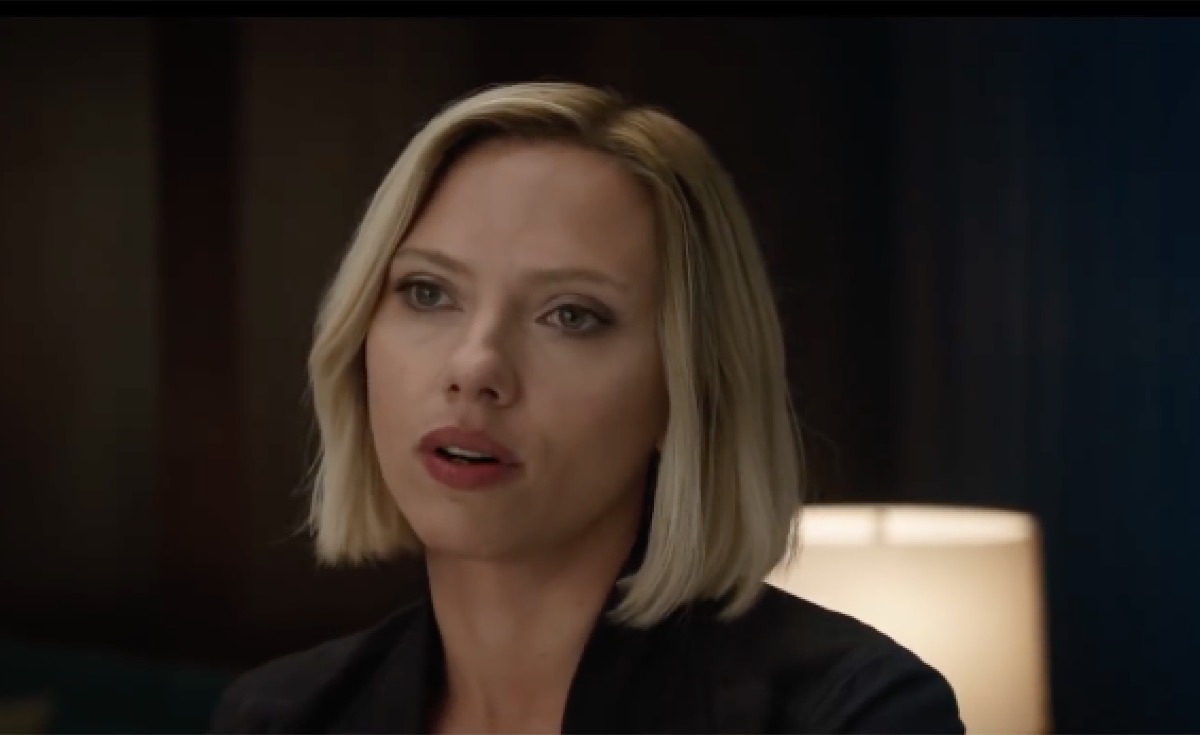 If you thought all the good guys were dead after the last Avengers movie, you're in for a pleasant surprise. Most shocking of all, Michelle Pfeiffer returns to superhero movies for the first time since playing Catwoman 26 years ago in Batman Returns. She's taking on the role of Janet van Dyne, the original Wasp, who, according to some fan theories, may, alongside Danvers, be the character to save the disintegrated Avengers force—and the rest of the universe.

It's about an elementary school girl in Georgia who wants to live in outer space, played by 12-year-old Mckenna Grace, and it also stars Allison Janney and Viola Davis. At the moment, it's only guaranteed screening is at Robert Redford's Sundance Film Festival in Utah, but given the advance buzz, we're pretty sure you'll find it at a theater near you before the end of the year. And for some awesome cinematic trivia, check out these 50 Original Titles for Hit Movies We're So Glad Didn't Happen.