See Charlie Chaplin's Granddaughter, Who's About to Be a Major Movie Star

You've definitely seen her before, but you may not have realized that she's Hollywood royalty.

Silent film star Charlie Chaplin spent over 75 years in show business before he passed away in 1977. For generations, both before and after Charlie, many other members of the Chaplin family have also been entertainers. Today, Charlie's eighth granddaughter, Oona Chaplin, is keeping the tradition alive. The 35-year-old—daughter of actor Geraldine Chaplin (Charlie's fourth child) and cinematographer Patricio Castilla—has acted in several film and TV projects since making her debut in 2007. However, for the next seven years, Oona will be working a handful of highly anticipated, big-budget films that will very likely take her career to the next level. To hear more about Charlie Chaplin's actor granddaughter, her biggest role yet, and her creative family, read on.

RELATED: See Audrey Hepburn's Granddaughter, Who's Carrying on Her Legacy.

Game of Thrones fans have definitely seen Oona before.

The Spanish and British actor, whose family lived in several different European countries while she was growing up, started focusing on acting when she was a teenager and later attended the Royal Academy of Dramatic Art (RADA) in London. While she'd been in several stage productions and some short films, her first major credit was an episode of the British spy series, Spooks, the year she graduated from RADA. Since then, she's appeared in many film and TV projects, including the 2015 Nicholas Sparks adaptation The Longest Ride, the BBC's Sherlock, and the anthology series Black Mirror. Notably, she also played Talisa, the wife of Robb Stark (Richard Madden), on Game of Thrones from 2012 to 2013.

In 2017, she told the The Observer that she's been lucky to rack up the varied roles she's played over the years. "I want to be a part of stories that move people somewhere and change things," Oona explained. "Most of the things I've done have felt like that. I'm very fortunate that they've gone my way and I'm absolutely baffled at how my career has gone. I have no idea how it happened."

She's been cast in the four upcoming Avatar sequels.

Four sequels to 2009's Avatar, still the highest-grossing movie of all time, are in the works. And Oona is among the new crop of actors who've been added to the mix.

While the original film follows the "avatar" of paraplegic Jake Sully (Sam Worthington) into an alien community on a moon called Pandora, where he falls in love with a Na'vi named Neytiri (Zoe Saldana), the sequels will continue the story of Sully of his family. It will also incorporate new characters and plotlines, however. And, according to what producer Jon Landau told Collider in 2019, each movie will also be able to stand on its own as a complete story.

Avatar 2 completed filming in the fall of 2020 and is expected to hit theaters in December 2022. The third movie will follow in 2024, the fourth in 2026, and the fifth in 2028—at least that's the plan. Other actors who are joining Worthington and Saldana for at least the first sequel are Kate Winslet, Vin Diesel, and Michelle Yeoh.

As for Oona, Deadline reported upon her casting announcement in 2017 that she'll be playing Varang, "a strong and vibrant central character who spans the entire saga of the sequels."

In 2018, Oona told IndieWire that while she was "very much sworn to secrecy" on details about the first sequel, she was confident that it would "blow people away." The actor agreed that Hollywood may be too dominated by franchises, but she also claimed that director James Cameron was making the potential blockbusters with some serious themes in mind. The first movie, after all, has an environmental and anti-imperialist message.ae0fcc31ae342fd3a1346ebb1f342fcb

And for more entertainment and celebrity news sent to you directly, sign up for our daily newsletter.

She knows that her family name is an advantage. 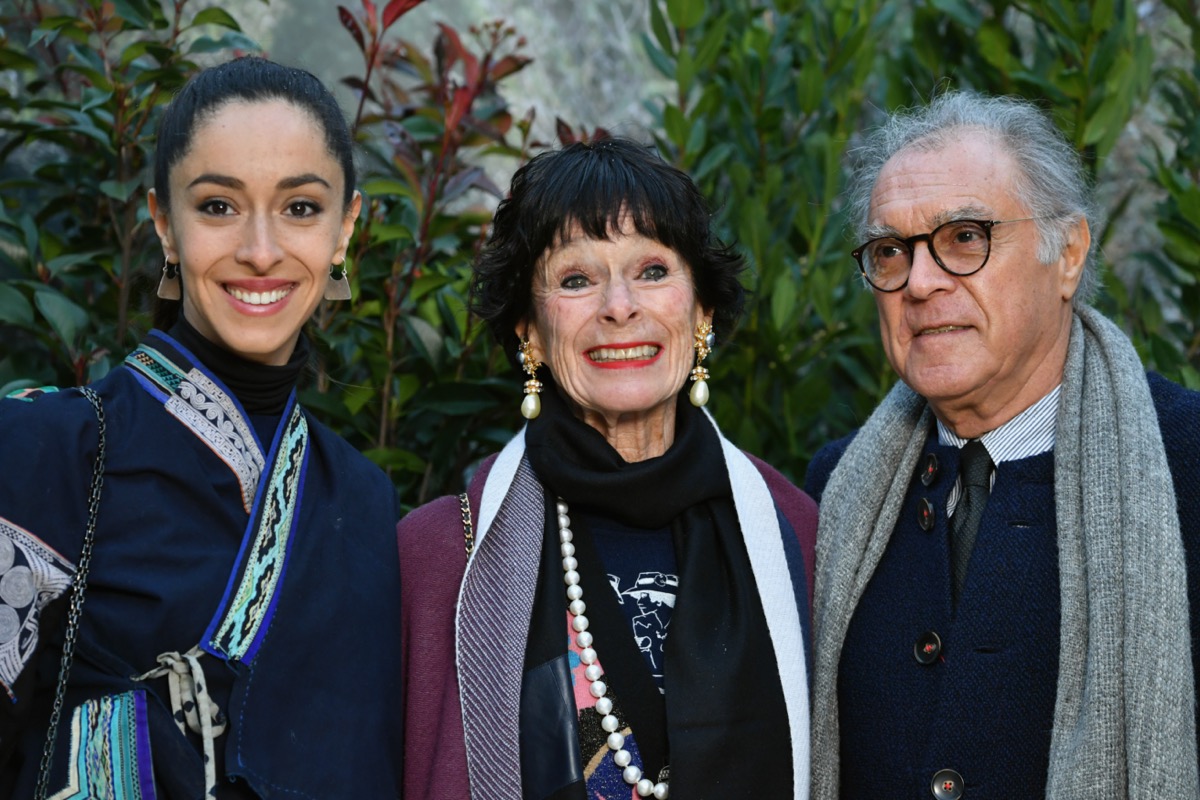 Being the grandchild of a film pioneer certainly has its benefits. And Charlie Chapin isn't where the family dynasty begins or ends. Oona's 76-year-old mother Geraldine (pictured above, with Oona and Castilla) started her career as a model and dancer, but her breakout acting role was Tonya in 1965's Doctor Zhivago. Other highlights of her ongoing career include parts in Nashville and The Age of Innocence. She also played her own grandmother, Hannah Chaplin, in the 1992 biopic of her father, Chaplin.

Hannah and Oona's great-grandfather, Charles Chaplin Sr., were vaudeville entertainers in London. On her other side, Oona is the great-granddaughter of playwright Eugene O'Neill, and she's named after her grandmother Oona O'Neill, who was also an actor.

Oona has said that her family gives her an "advantage" in the business, which she's grateful for. "The Chaplin name certainly makes ears prick up," she told The Telegraph in 2015. "I don't know if it's got me any jobs, but it's certainly got me into rooms, and all I can do is work as hard as I can and try to be as good as I can. I hope that if I'm really bad they will stop giving me work."

"I wish I could explain to my friends who are insanely talented why I am working because I don't know," she continued. "I think maybe there might be something attractive about somebody who doesn't necessarily know why she's doing what she's doing!"

She thinks of her grandfather as "a humanist." 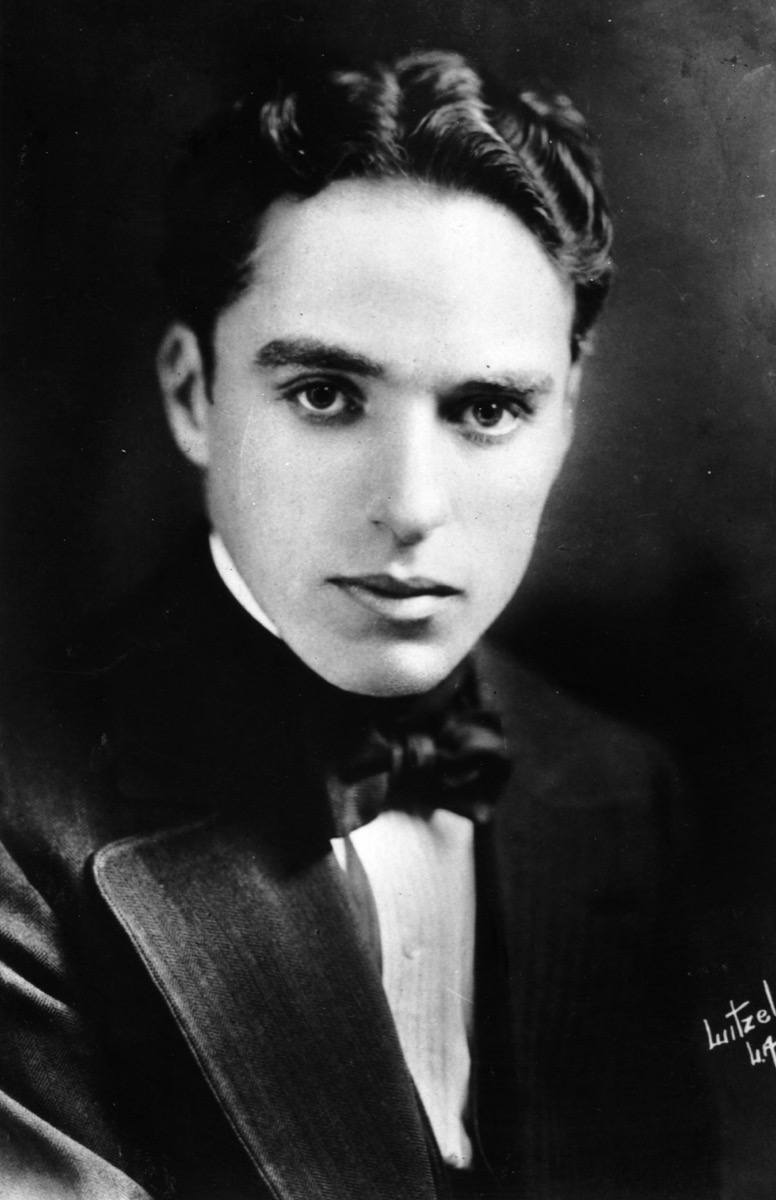 Although he died several years before she was born, Oona is still influenced by Charlie Chaplin and the legacy he left behind.

"My grandfather was a humanist," she told The Hollywood Reporter in 2015. "That's why he was successful. He was trying to reach out to people and to make people laugh and love and cry, feel tenderness and feel OK about being human and feel OK about the human condition and strive toward being better human beings. And that's something that has inspired me."