Because '90s kids love nothing more than the '90s

If you came of age in the 1990s, over-romanticizing that magical decade just comes naturally. You don't even think you're being nostalgic, you just live in a headspace where the Macarena is still the hottest dance craze, people still wear pagers, and Dunkaroos is what's for dinner. So when shopping for friends and family, obviously your first thought is, "I wonder if they already own a Furby."

Well, we're not going to try and dissuade you from your gut impulse. Our goal is simply to steer you in the right direction. The key to successful '90s-influenced gift giving is to find things that don't just make people wistful for a bygone era, but also reminds them that the '90s were indeed the greatest decade in human history. Here are 30 suggestions for holiday gifts that aren't just awesome, but proof that we don't need a time machine to go back to the 90s, just a credit card. 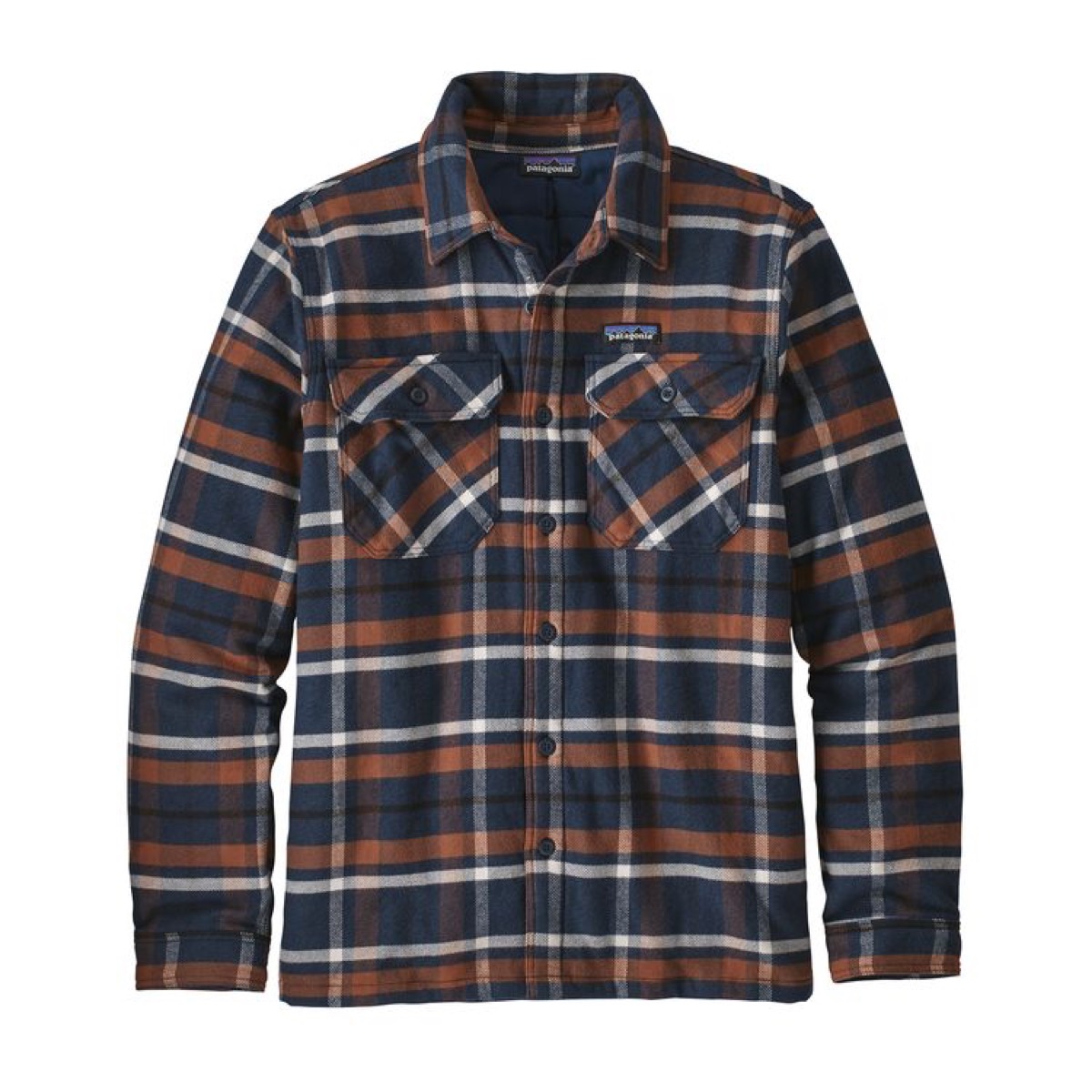 From $79; buy now at Patagonia

Now, granted, buying a new flannel means it won't come with that special musk you only get from wearing an outfit to two dozen Pearl Jam shows without washing them. But with a little patience and devoted show attendance, you can get new flannel to that special place. 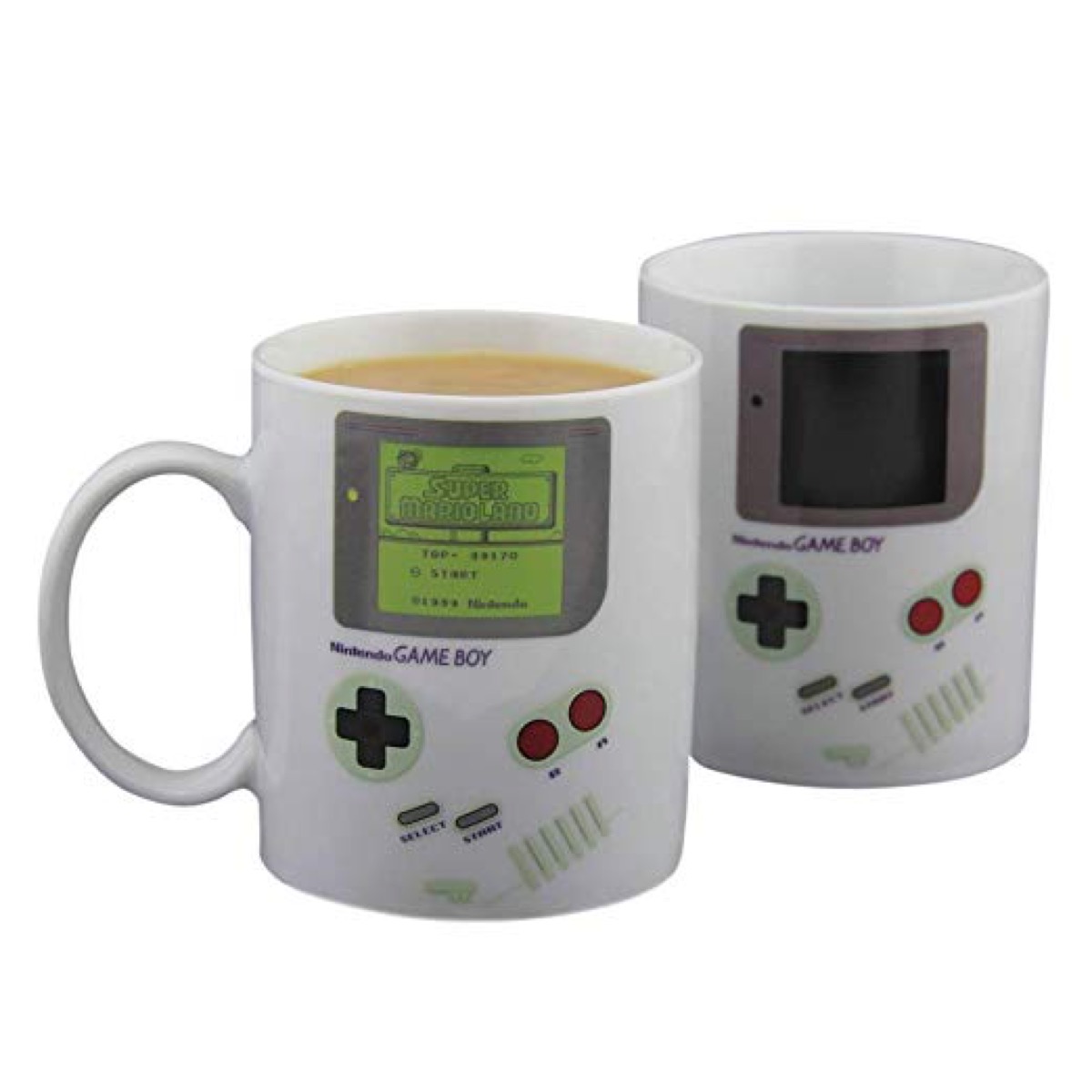 It's not just an awesome mug with a drawing of a classic Game Boy on the side. When you pour coffee or other hot liquids into it, heat sensors transform the Game Boy's screen into Super Mario Land. It's a fantastic party trick that will amaze you and your friends for many mornings to come. 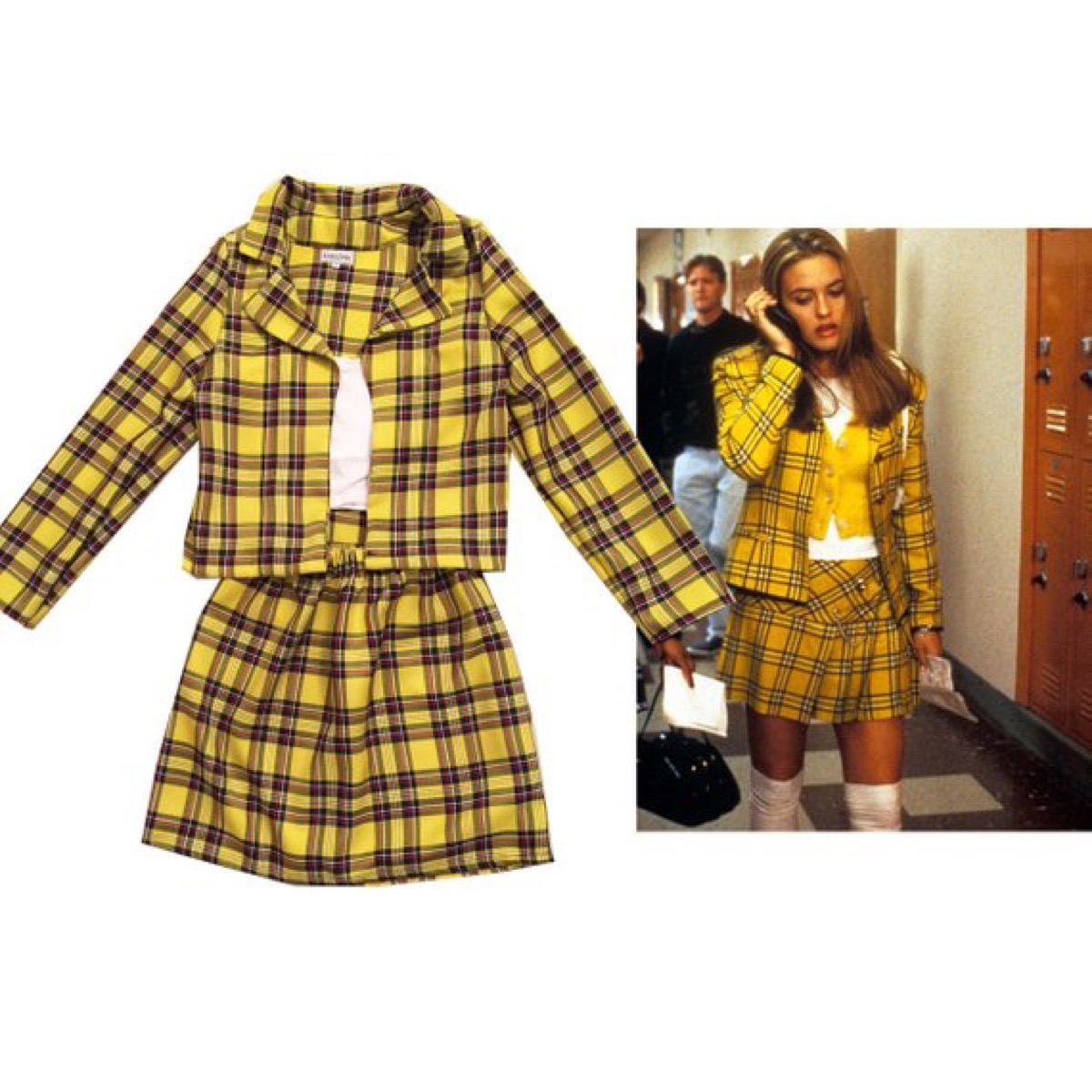 It's an outfit that doesn't just vaguely resemble the iconic yellow plaid blazer and matching skirt that Cher, played by Alicia Silverstone, wore in an opening scene from Clueless. It's an exact replica, so perfectly recreated that it might cause her and everyone around her to start randomly quoting entire scenes from the movie verbatim. 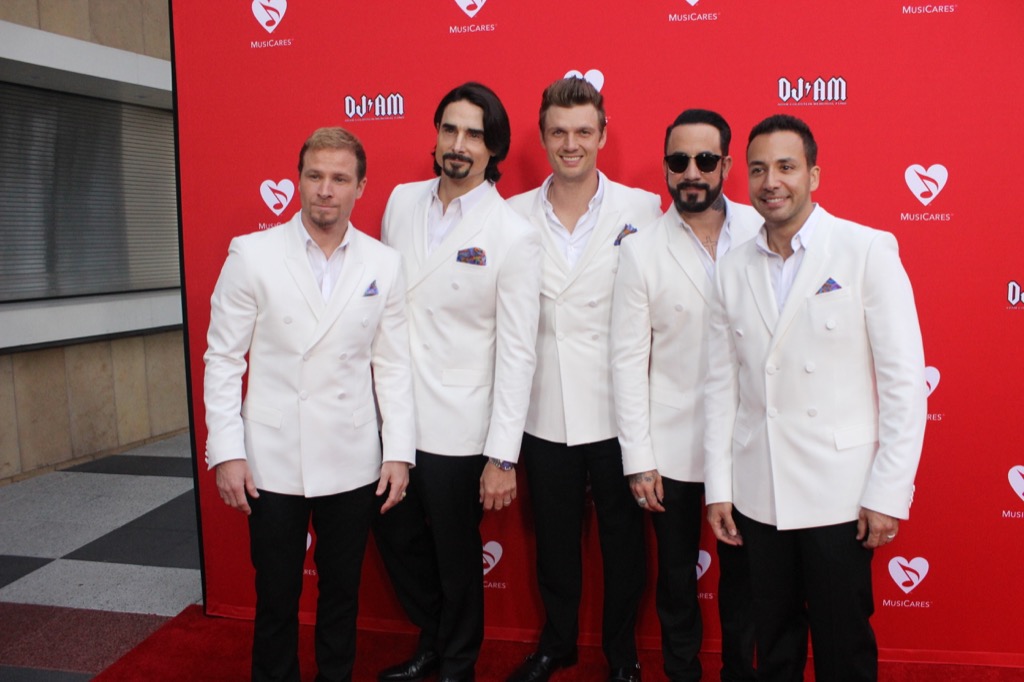 Of course the Backstreet Boys are back on tour. And of course you're going to buy tickets. Why can we be so certain? Because we know yooooooooou want it thaaaaaaat waaaaay! 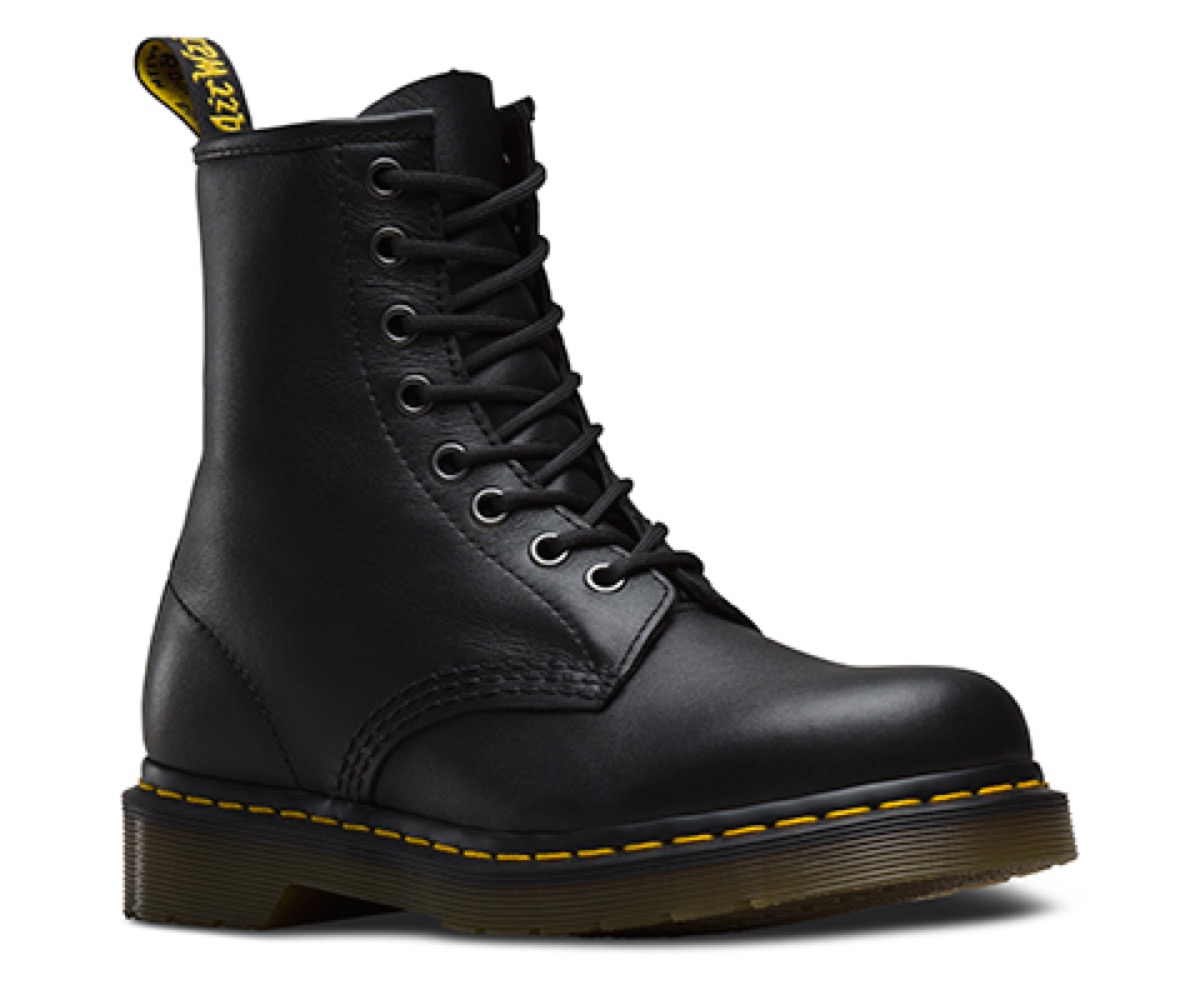 These heavy-duty boots were designed for factory workers and other people who work in tough conditions. But in the '90s, they became popular with kids who wore them mostly for listening to loud guitars while jumping around mosh pits. These boots are as durable and cool-looking as ever, even if you've reached an age when going to a show means looking for the nearest chair. 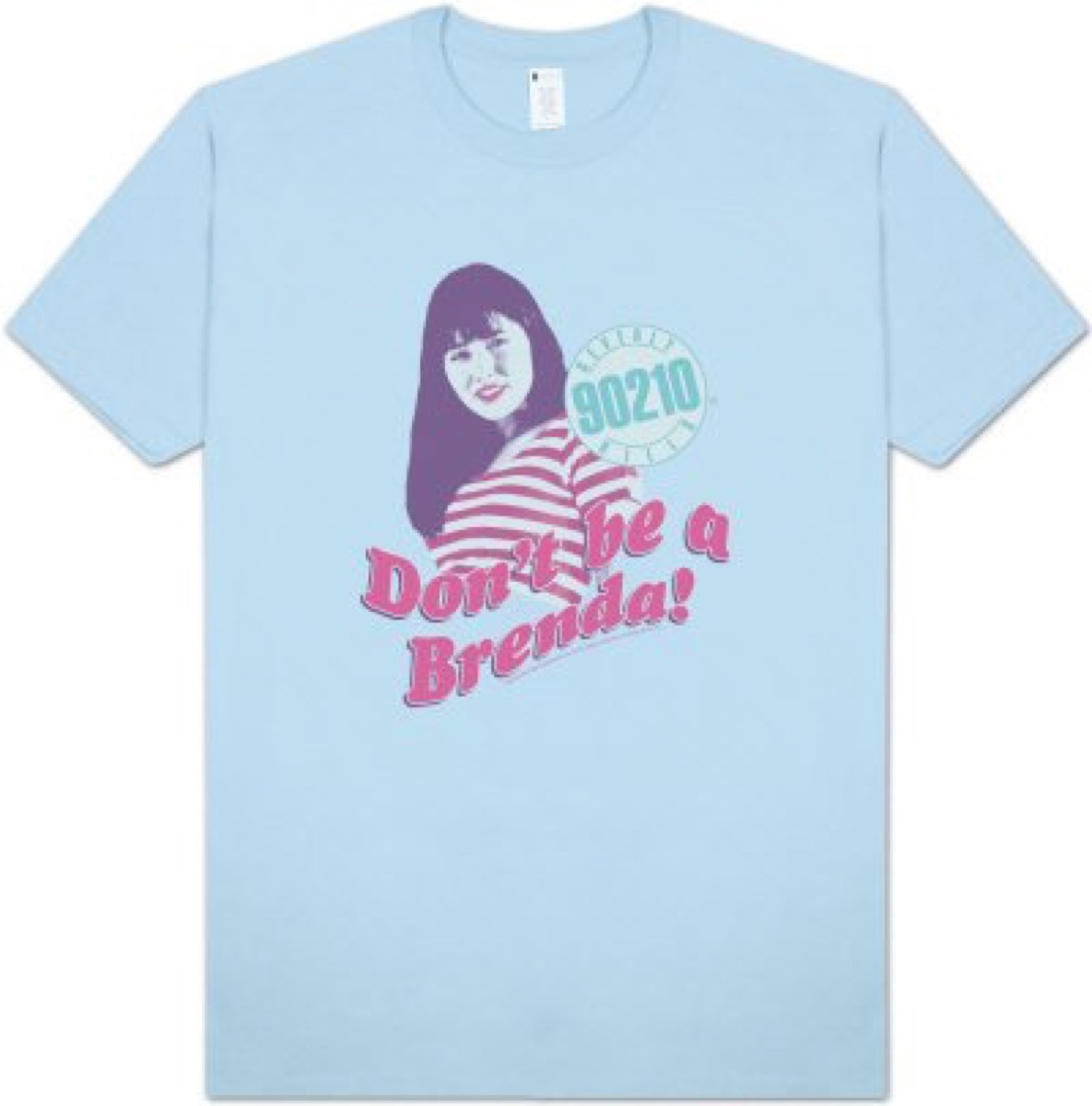 If nothing about this shirt makes sense, and you don't immediately recognize that Brenda Walsh is the last person in the southern California teenage community you'd seek out as a life mentor, even though you kind of admire her relationship with Beverly Hills bad-boy Dylan, but you still think she should've checked herself before she wrecked herself, then we're sorry, but we don't even know you. 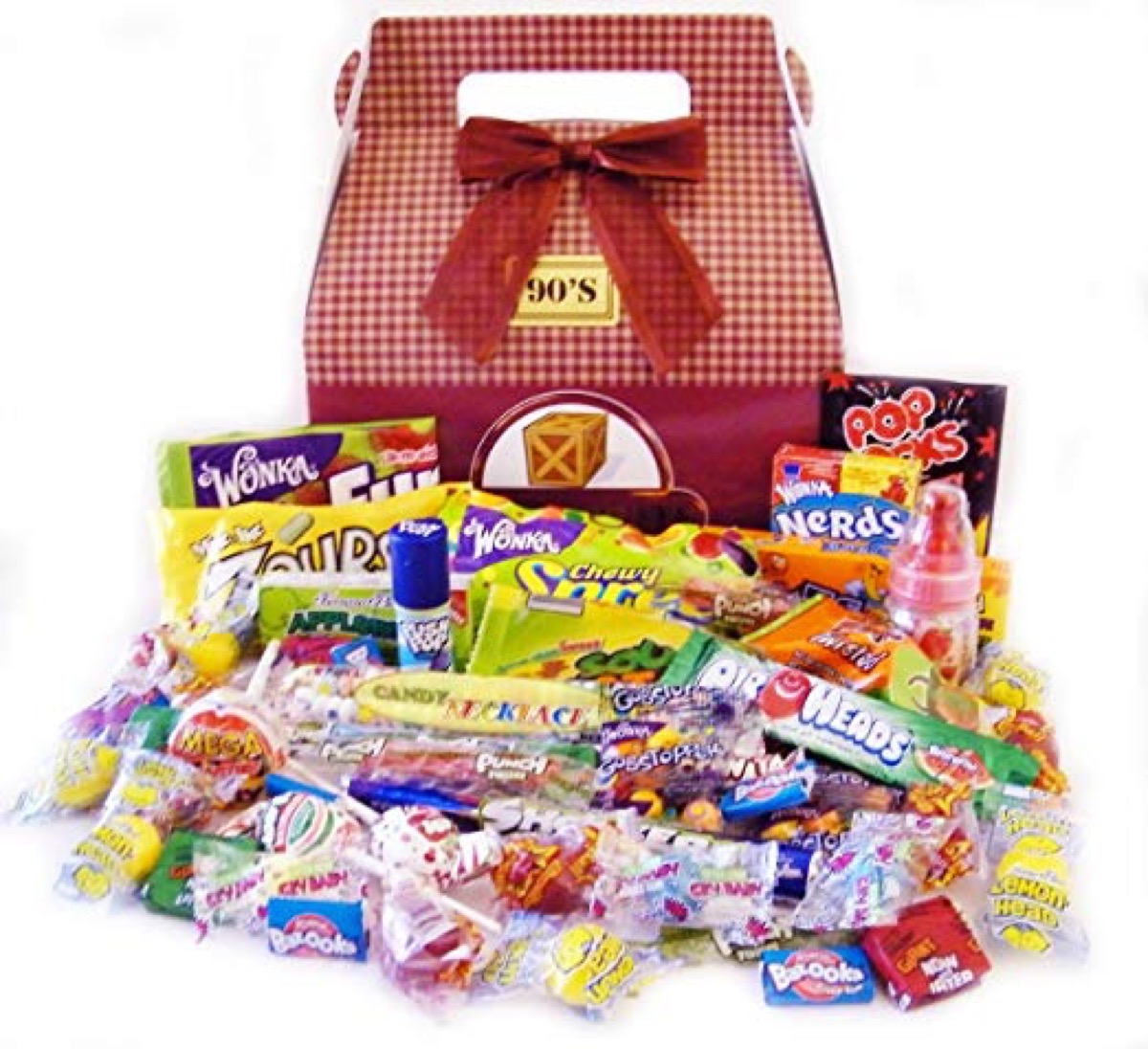 Can you even remember the last time you made a meal of Bubble Tape or Warheads? Whether the '90s to you was all about Nerds or Push Pops or Sour Patch Kids, there's something in this collection of vintage '90s candy, some of which isn't widely available anymore, that'll make you yearn for the good ole days of guilt-free candy. 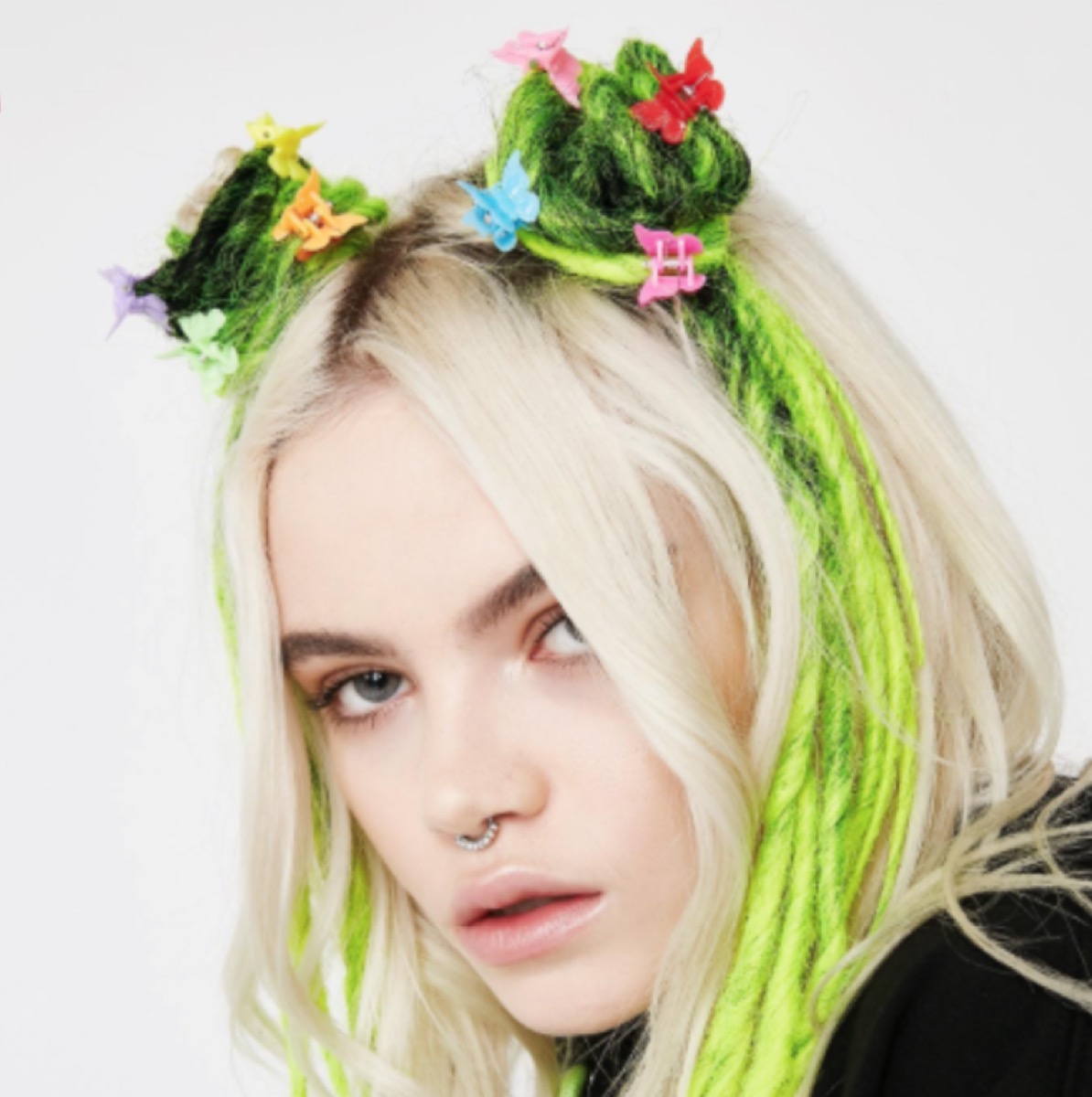 From $5; buy now at Dolls Kill

For the woman in your life who's a little Lizzie McGuire and a little Buffy Summers. They're festive and carefree, but with just the right amount of brooding angst and mystery. 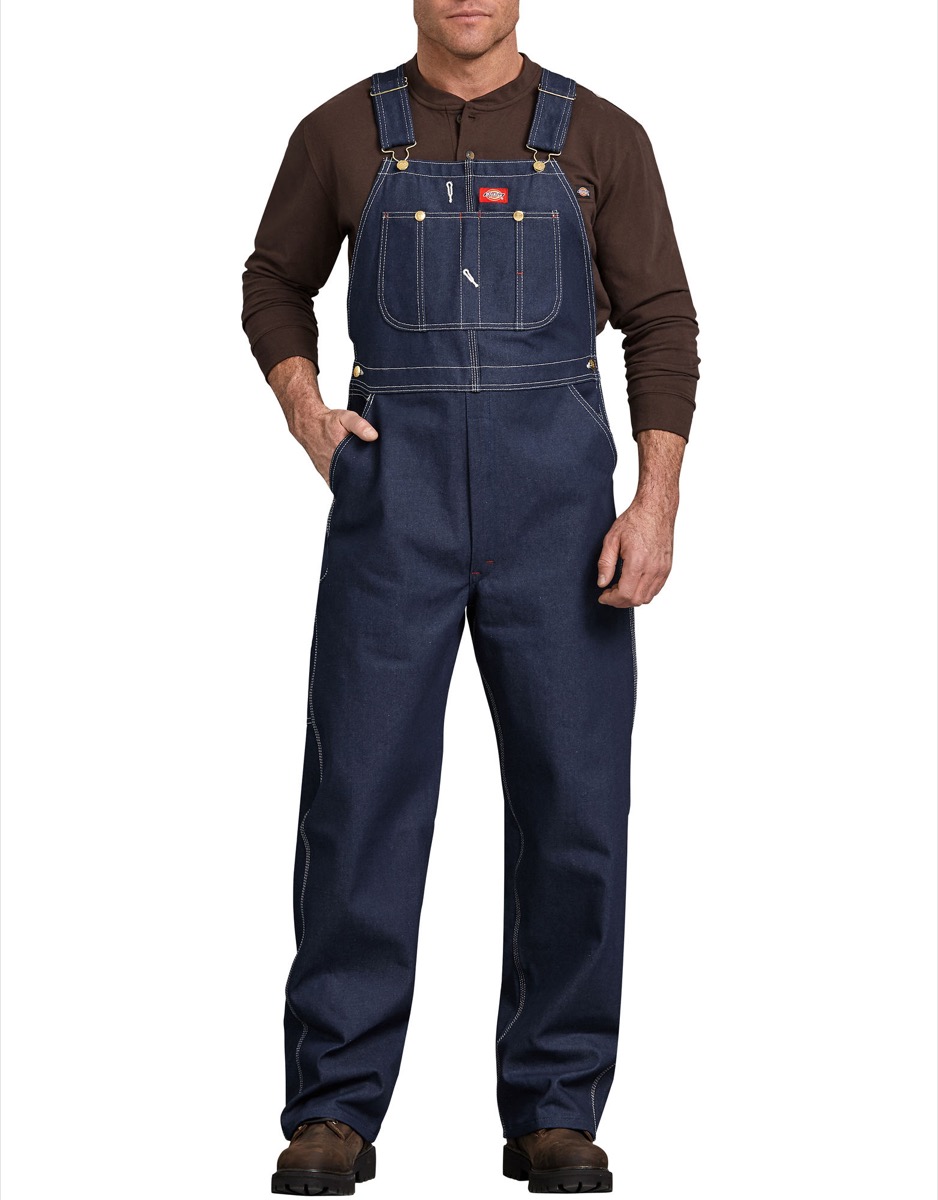 The bigger and baggier, the better. And for that perfect Fresh Prince of Bel Air look, make sure one strap is always hanging loose. It's what Will Smith would have wanted. 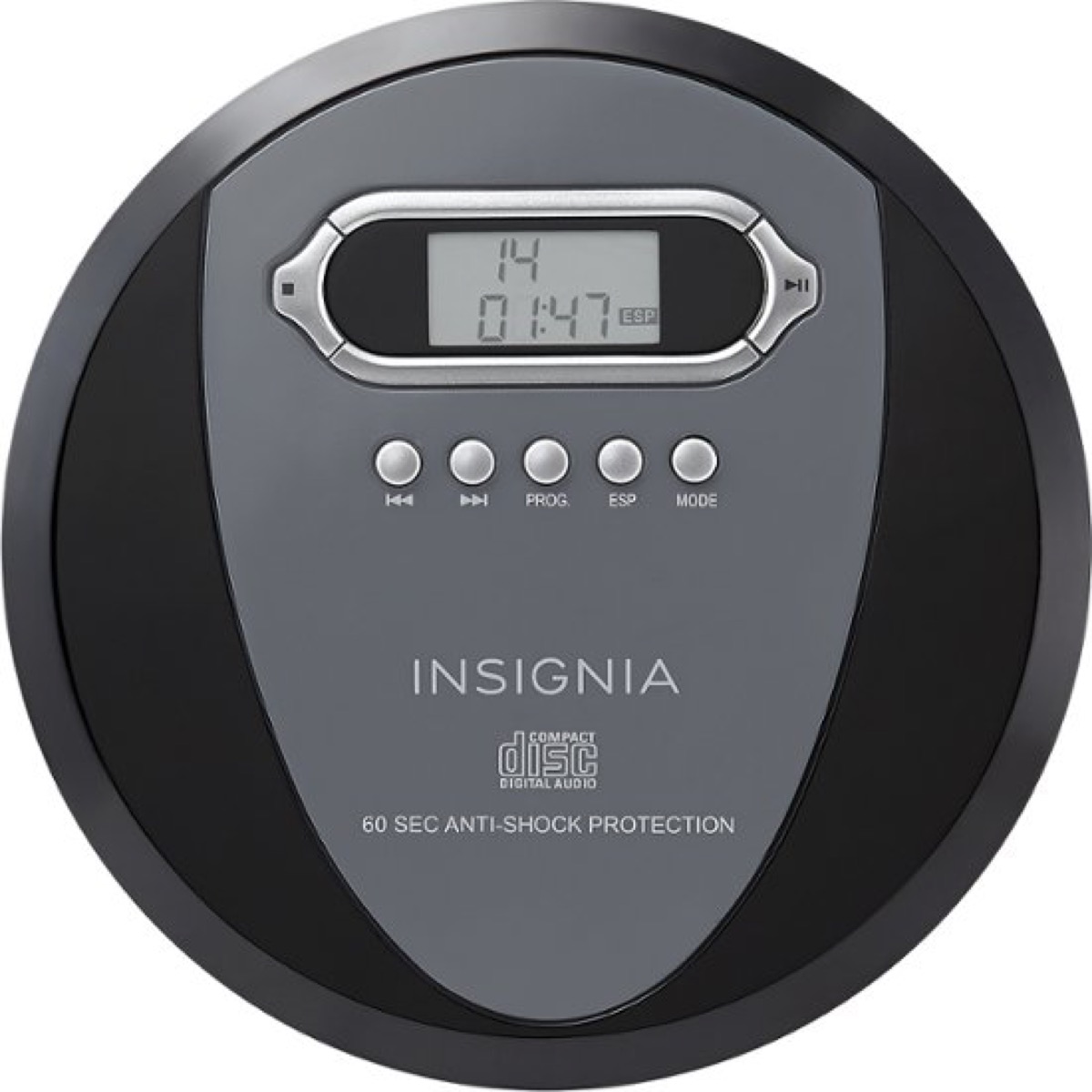 Why would you not buy this for someone? "Nobody listens to CDs anymore! It's all digital!" That's true. But hand somebody a Discman, with its promises of "anti-shock protection", and we guarantee you they'll fall in love all over again. It's like somebody who says, "I don't want a dog! I'm an independent guy!" You drop a puppy in his lap, and he'll melt like butter. The same thing will happen when you hand him a Discman. 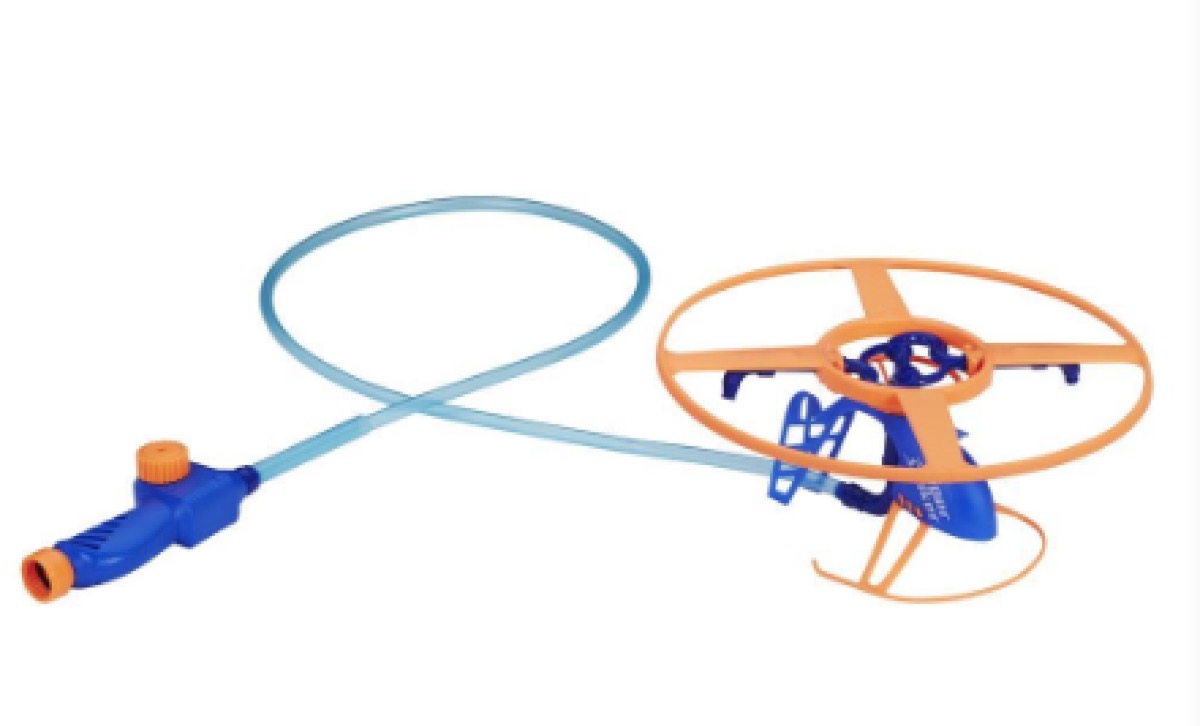 The Supersoaker was a revelation when it was first released in the '90s. Getting into a water fight was never the same after somebody decided to give our weapons the awesome firepower of a machine gun. They've kicked up the technology a few notches with modern Supersoaking. We're not quite at drone soakers yet, but this levitating chopper version of a Supersoaker feels like the next best thing.

12
How to Slay the Buffy Way book 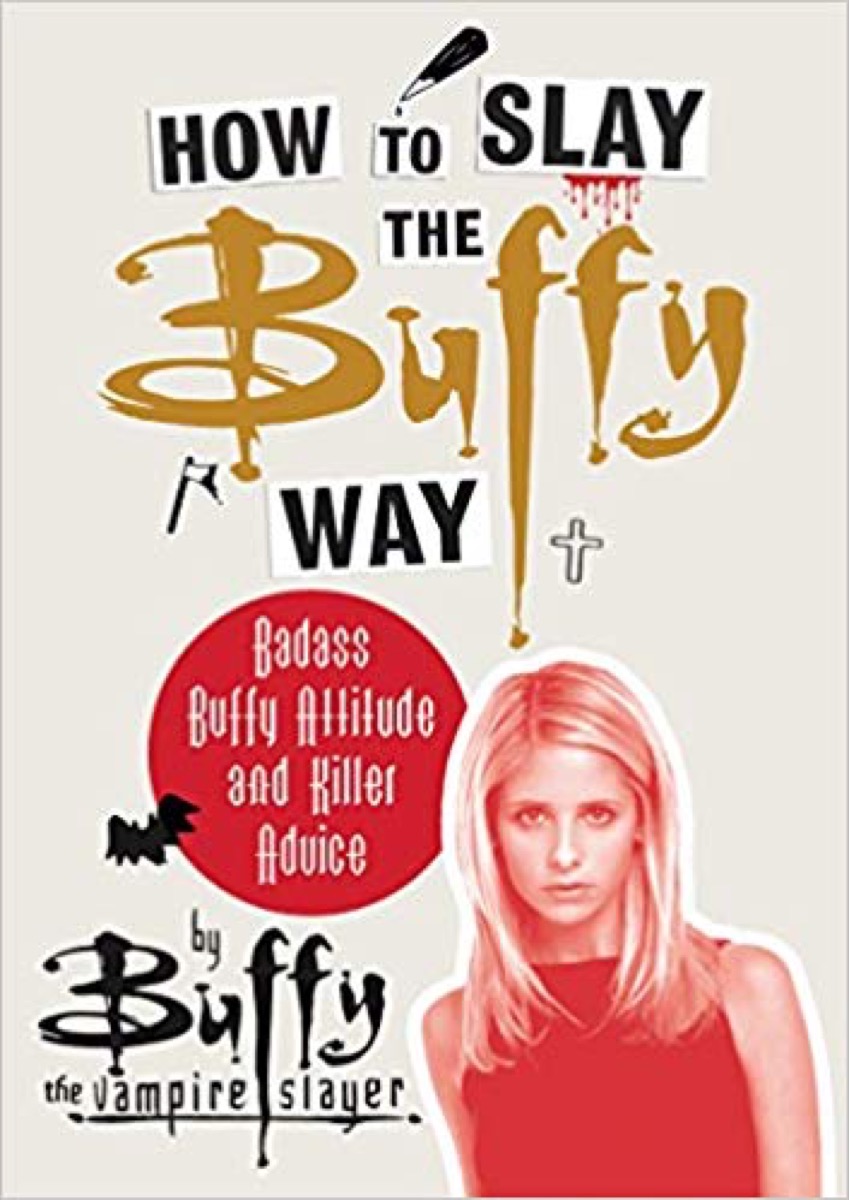 Why it took so many years for somebody to finally write this book is beyond us. This brand new tome, released this past September, offers timeless advice from our favorite TV show about teenagers battling vampires. It's truly filled with words to live by, like, "If the apocalypse comes, beep me," and, "You wanna surprise the enemy? Surprise yourselves," and, of course, "You have a plan? I am the plan." 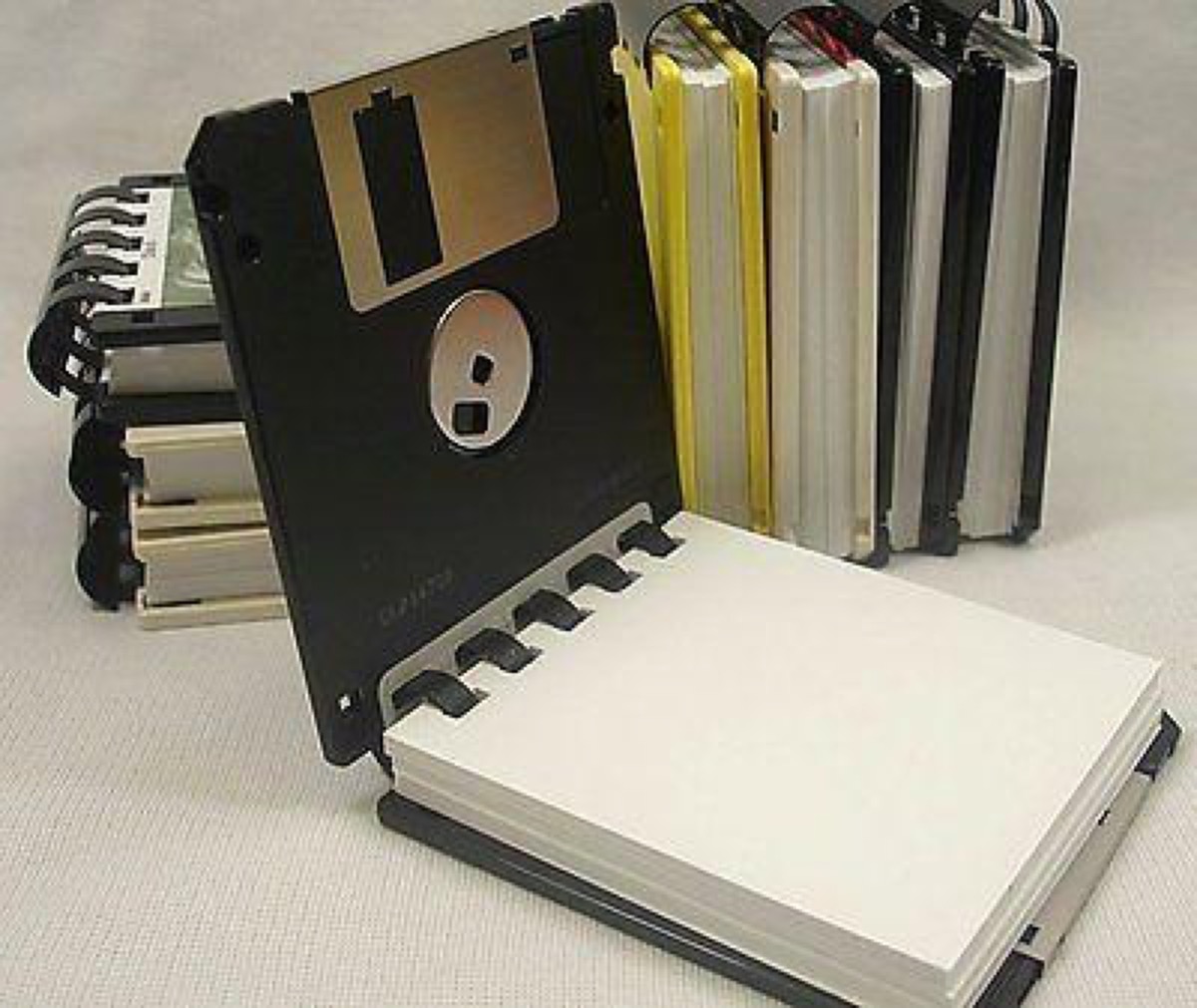 Even if you haven't written on paper in years, these notebooks made from real recycled 3.5" floppy disks will make you want to pick up a pen or pencil again. And unlike the golden age of floppies in the '90s, you'll never have to blow on it to make it work. 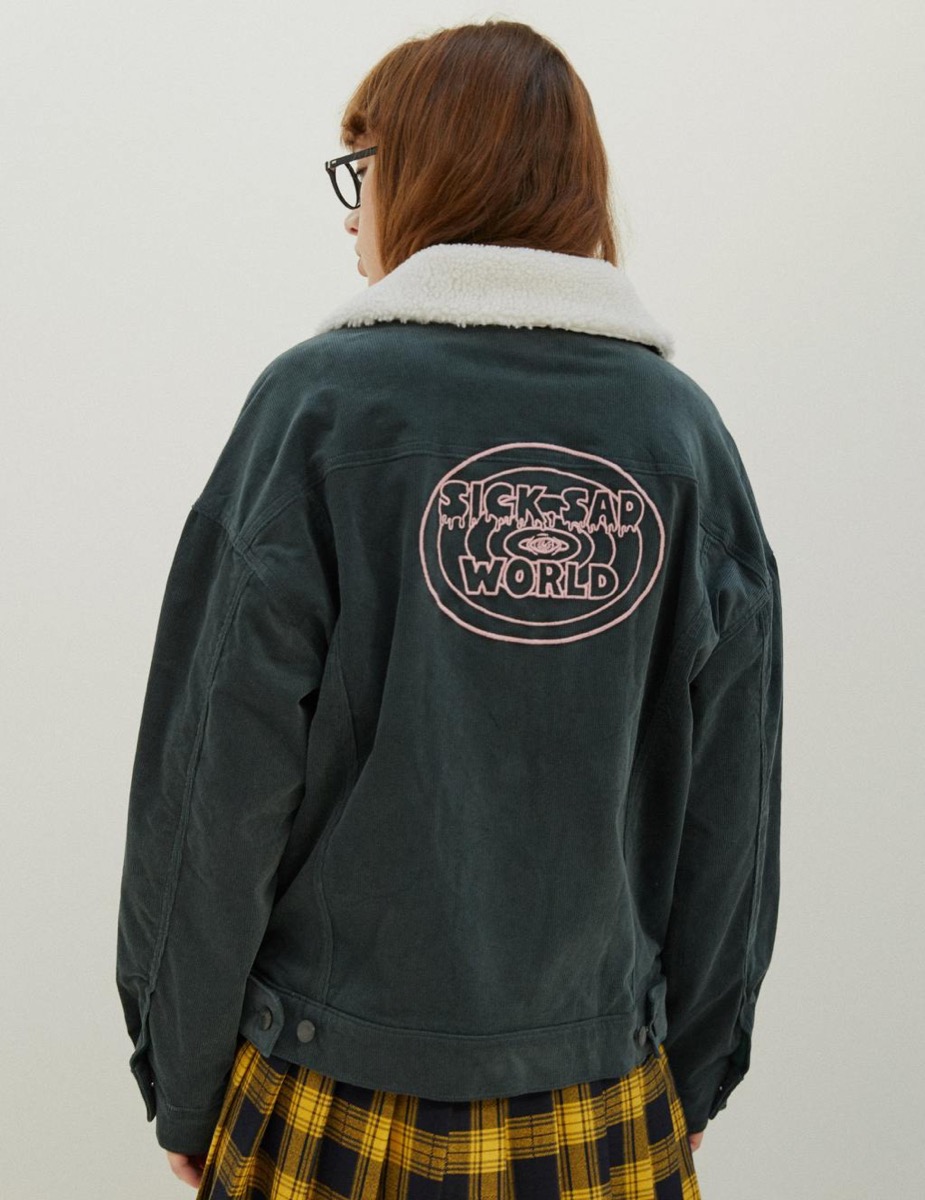 The greatest fake TV show that never was. Loyal followers of the late, great MTV cartoon Daria, about a morbid and monotone teen girl, will remember the show-within-a-show, Sick, Sad World, a satire of the worst in reality programming. You'll look even hipper in this jacket now that Daria is getting a reboot, by Inside Amy Schumer writer Grace Edwards. 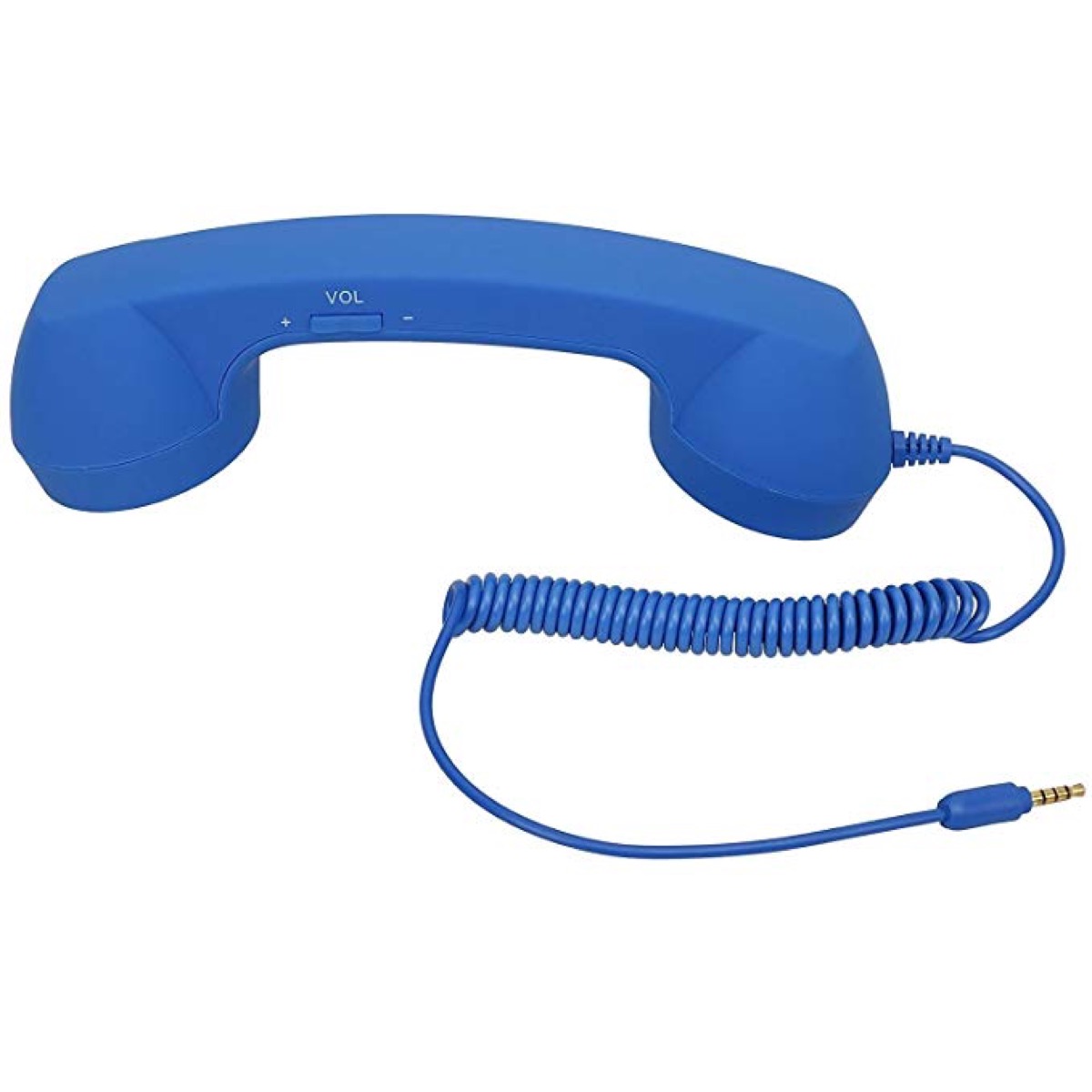 If you miss the simplicity of rotary phones but could never live without your smartphone, here's a way you can have both. Just plug the old-school handset directly into your phone, and suddenly it's 1992 again. It's a great way to rediscover the joys of curling a rubber cord around your finger while you gab with your bestie all afternoon. 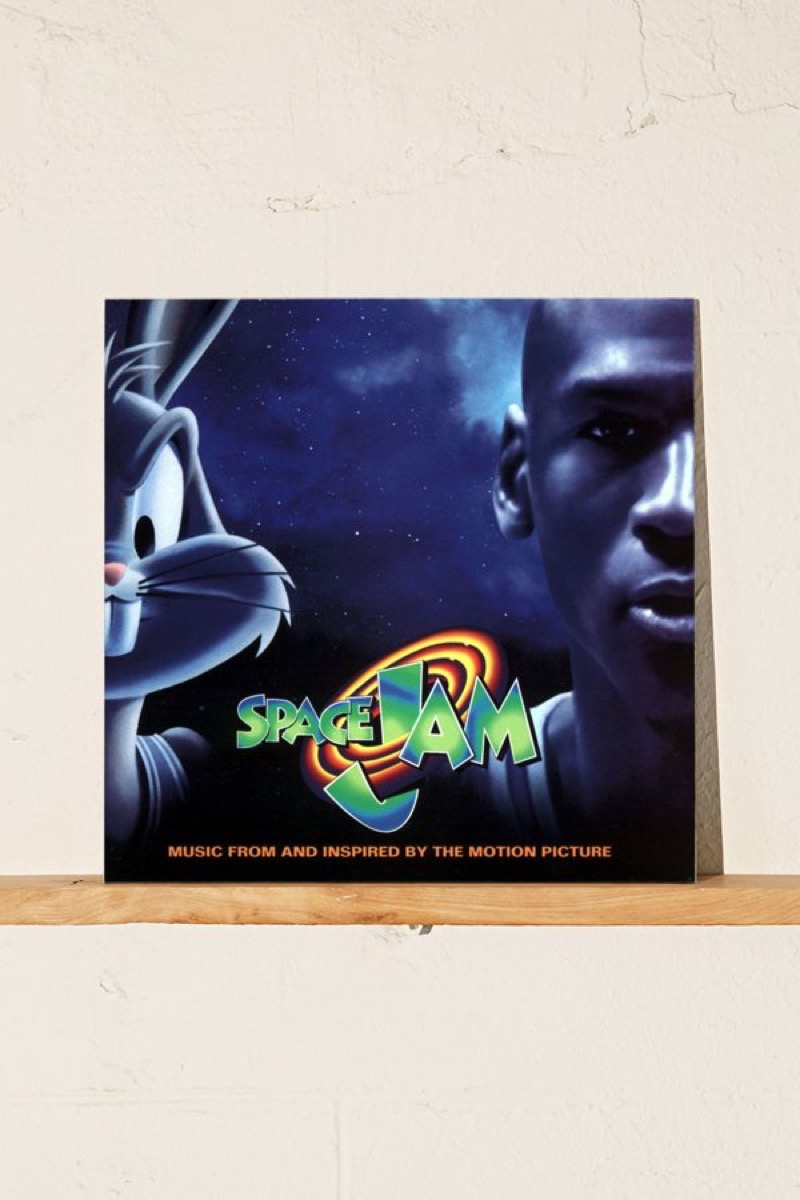 From $28; buy now at Urban Outfitters

There's no better way for getting excited about the upcoming Space Jam 2—a real thing that is really happening—than listening to R. Kelly belt out "I Believe I Can Fly" on vinyl the way Michael Jordan intended. 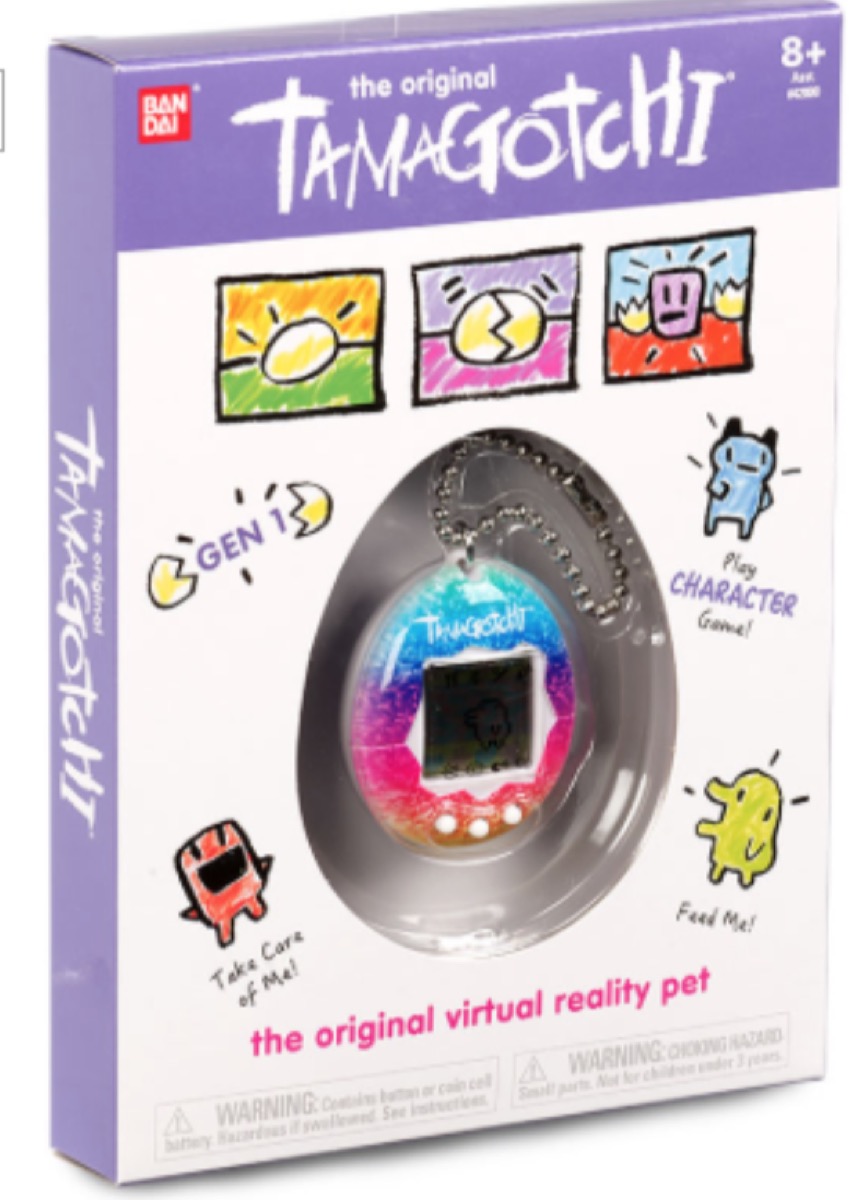 The world's first digital pet, which needed to be fed, cleaned, and even disciplined, is back. Bandai America, the company that introduced the world to the joys of owning and caring for a pet the size and shape of a keyring, announced earlier this fall that Tamagotchi was making a comeback, in eight new colors and eight "classic" colors. Even if you've moved on since the '90s to real responsibilities like kids and pets, you know you want one of these. 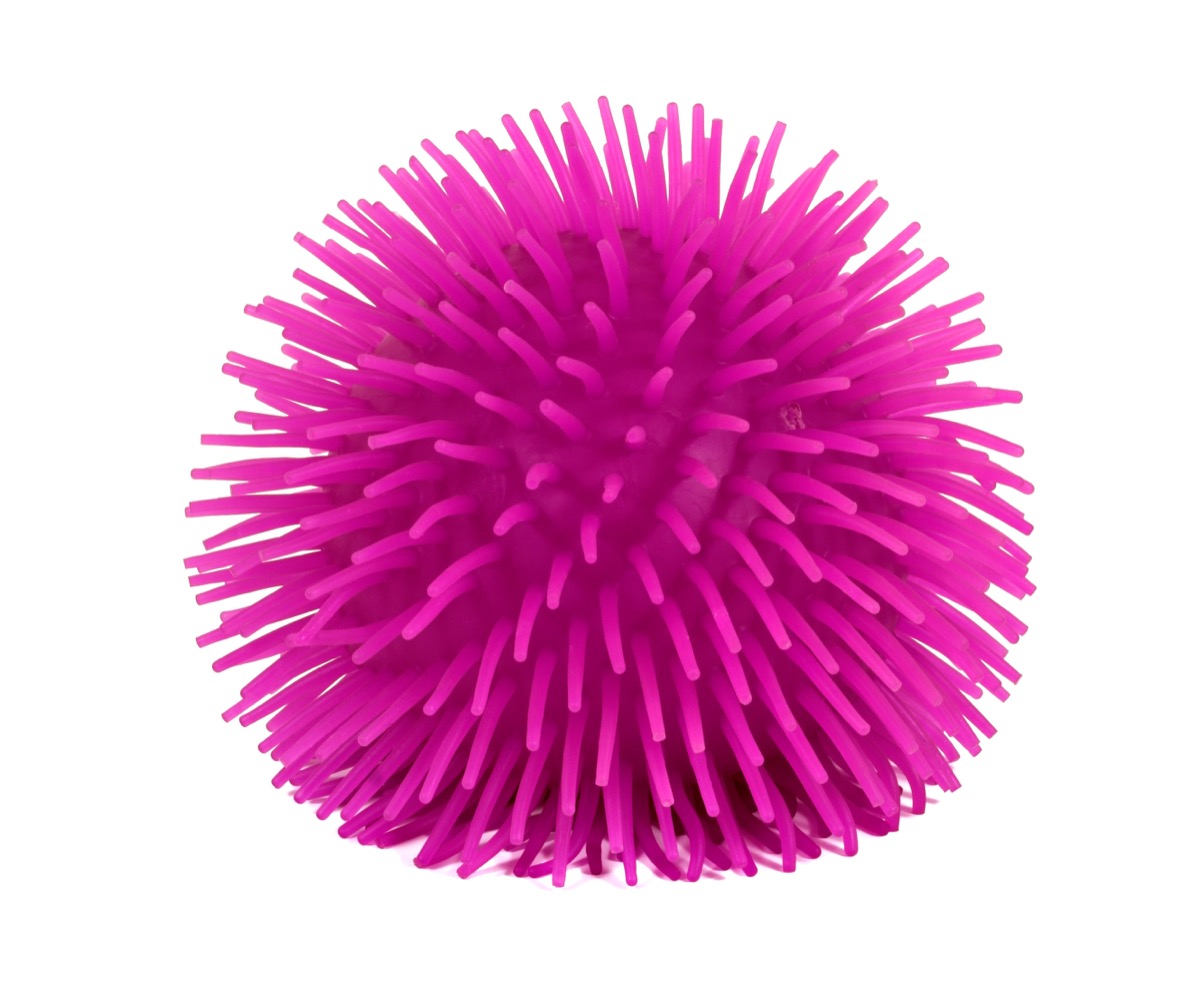 Blame Rosie O'Donnell (or thank her) for getting us seriously hooked on these squishy balls covered in rubber strings. Here's a fun fact: they were created in the late '80s by Scott Stillinger, an engineer, who was worried that his kids weren't very good at playing catch with regular balls. 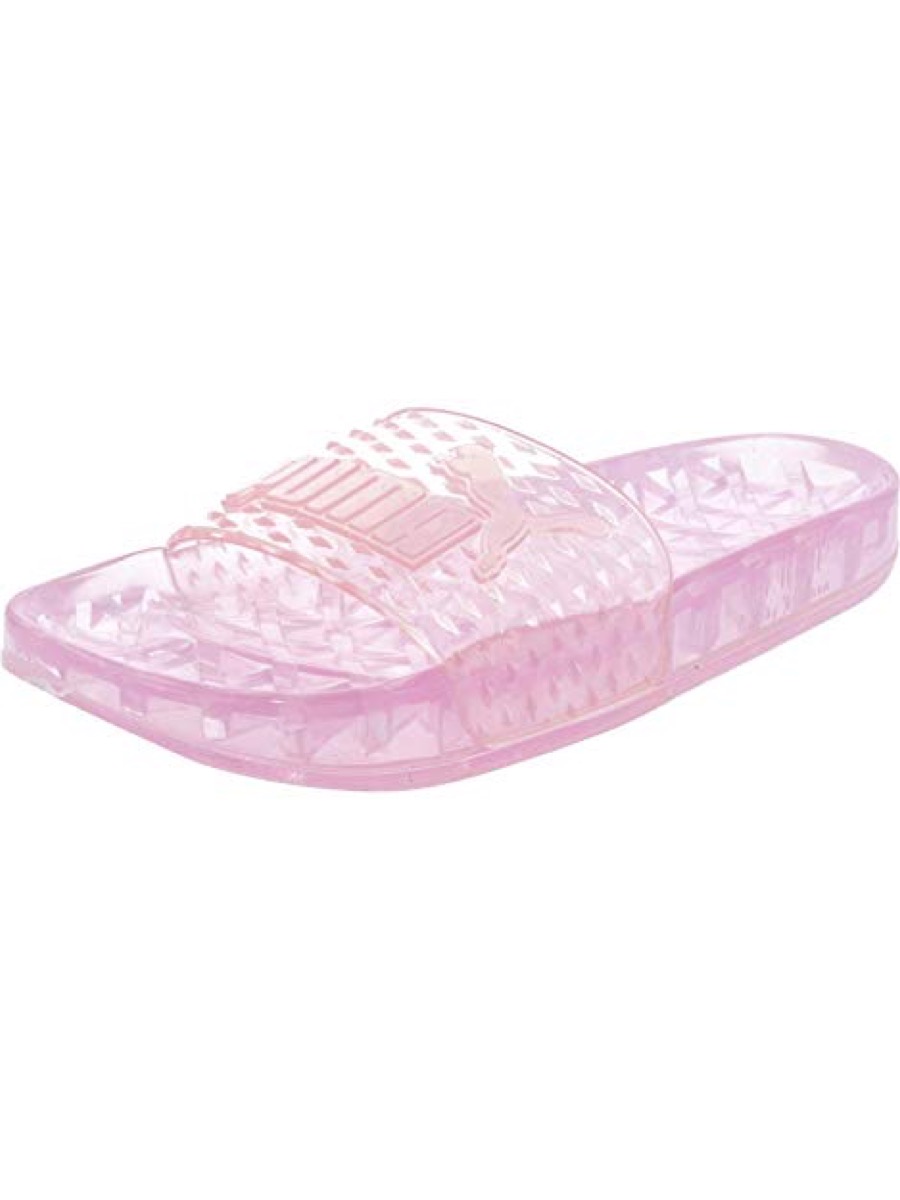 Jelly sandals, or "Jellies," as we preferred to call them, were never the most dependable footwear. They'd squeak beneath your feet, and because they were made of rubber, they fell apart after very little wear and tear. But we loved them, and they're currently making a comeback. Rihanna—yes, the pop star—designed her own jelly slides for the modern shoe-aversive child in an adult's body. 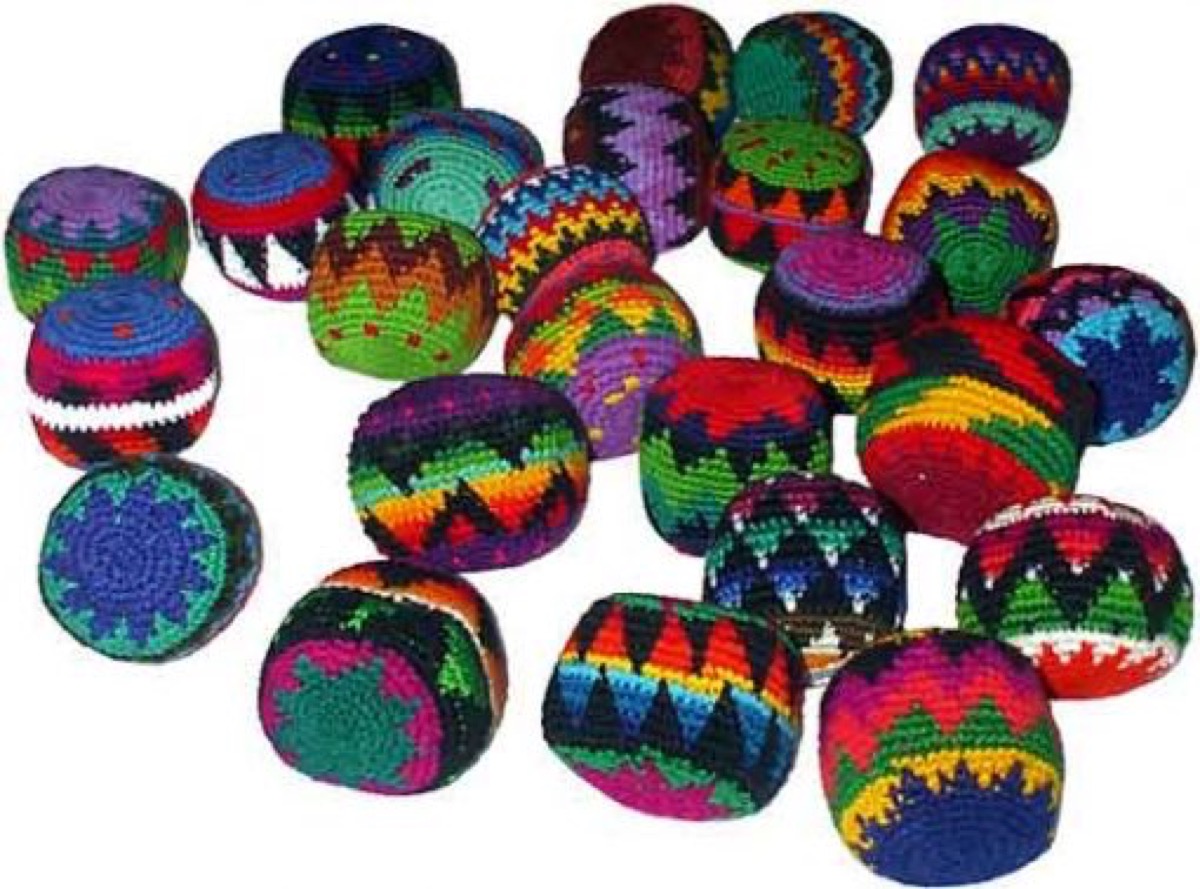 Do you even sack, bro? A value pack of a dozen hacky sacks will ensure that you or your special someone always have a hand-crocheted bag filled with sand to kick around for hours while listening to Bob Marley's Legend. 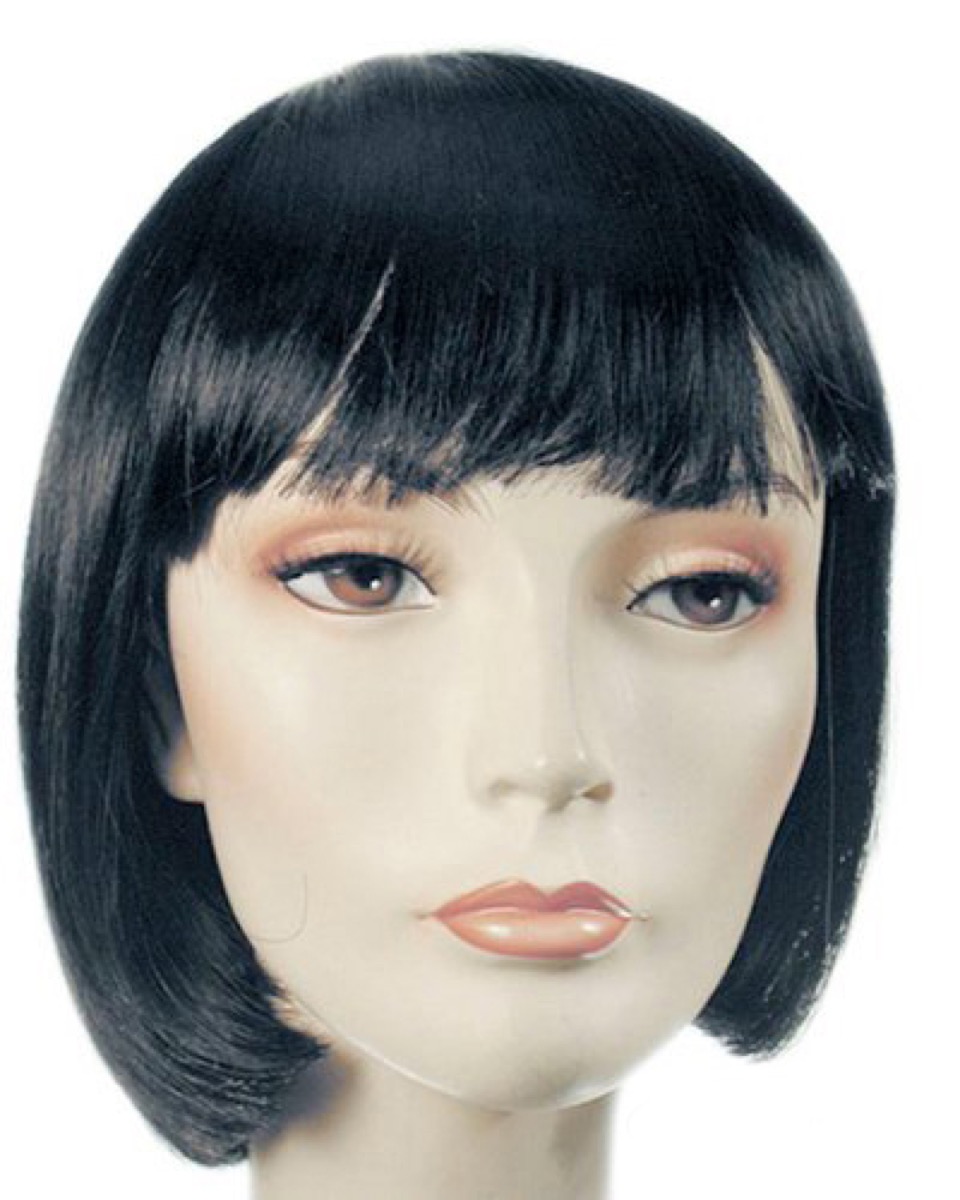 This isn't something you save for your next Halloween party. This is a wig you pull out for a get-together with friends. Or date night with your partner. It's designed to look familiar but not too familiar, so someone has to really stare long and hard at it, as they try to figure out why that particular haircut is so familiar. 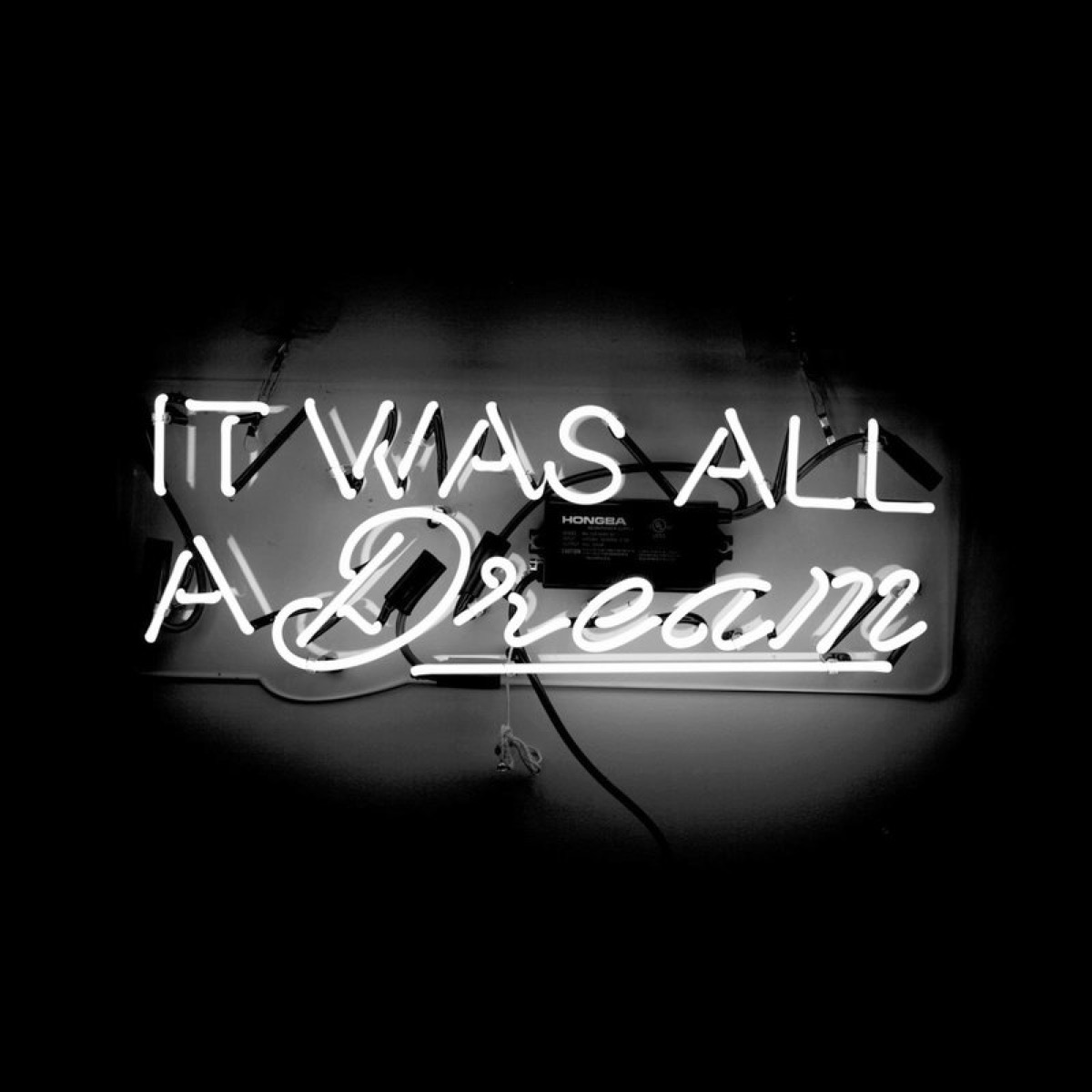 We have a fondness for '90s nostalgia gifts that don't seem like tacky novelty store gifts. Take this handsome neon sign, which is great even if you don't know that it's the famous opening line to "Juicy," the Notorious B.I.G.'s 1994 debut single. If someone sees this sign hanging in your den or living room and starts humming the song out loud, though, you know they're one of your people. 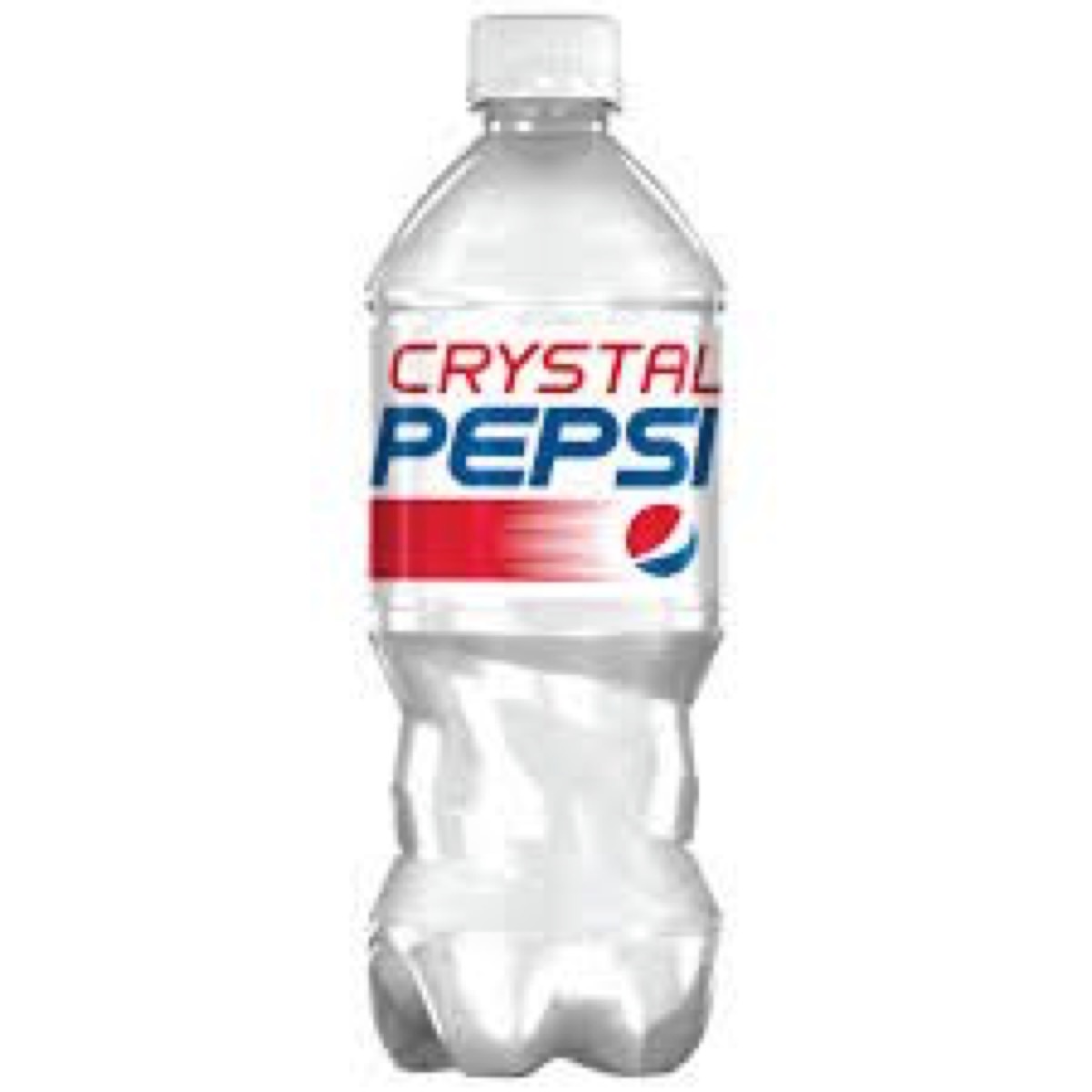 Since being discontinued in 1994, Crystal Pepsi has made a few short-lived re-releases, most recently this past August. It's no longer on grocery shelves, which means finding it takes a little bit of looking, and faith that paying $5 for old cola from a stranger online isn't the worst decision you've ever made. 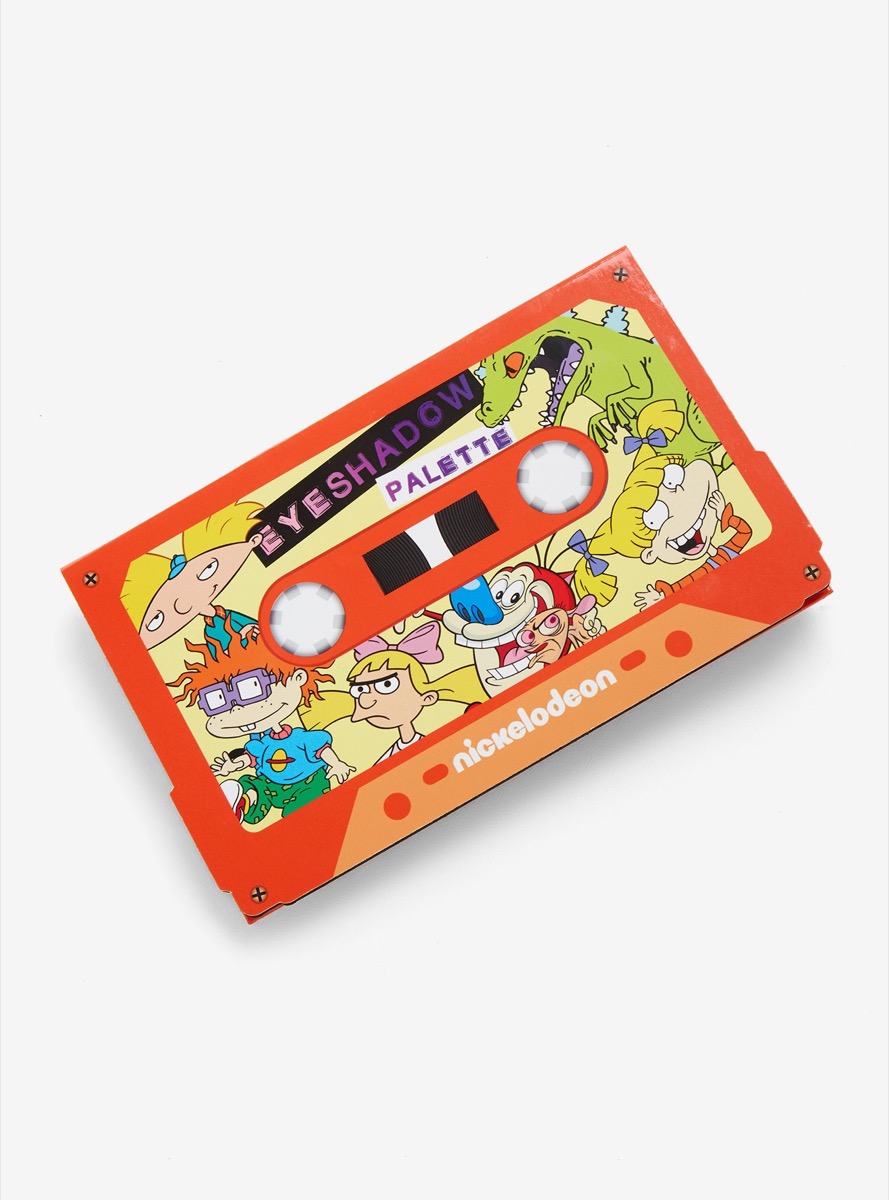 Is it insane to think that a grown woman would want to use eyeshadow that promises to give her the same cartoonish hue of Angelica Pickles or Debbie Thornberry or CatDog? Probably a little. But that doesn't mean you don't want to try it anyway. 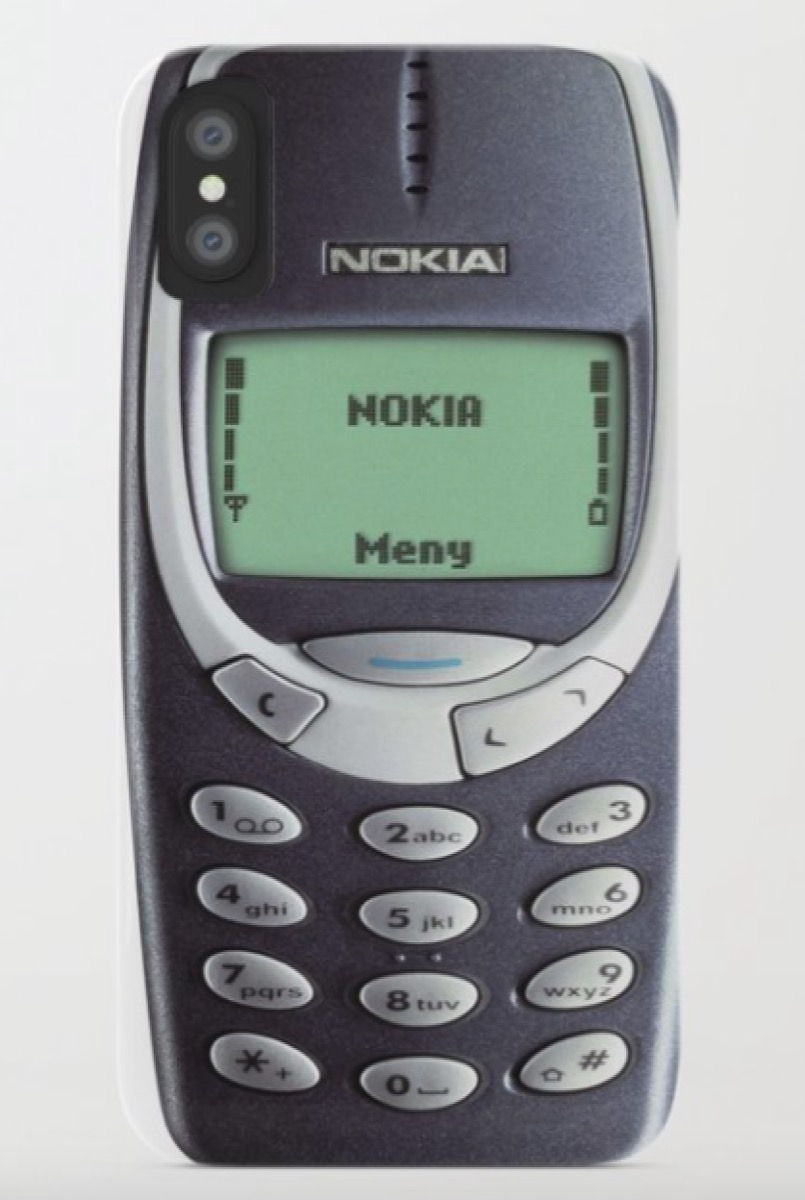 Being wistful for '90s technology doesn't mean you want to go back in time. You still love your iPhone. You just want it to look like something that reminds you of when life was simpler. This protective case keeps your smartphone secure while providing the aesthetic of an old-school Nokia phone. 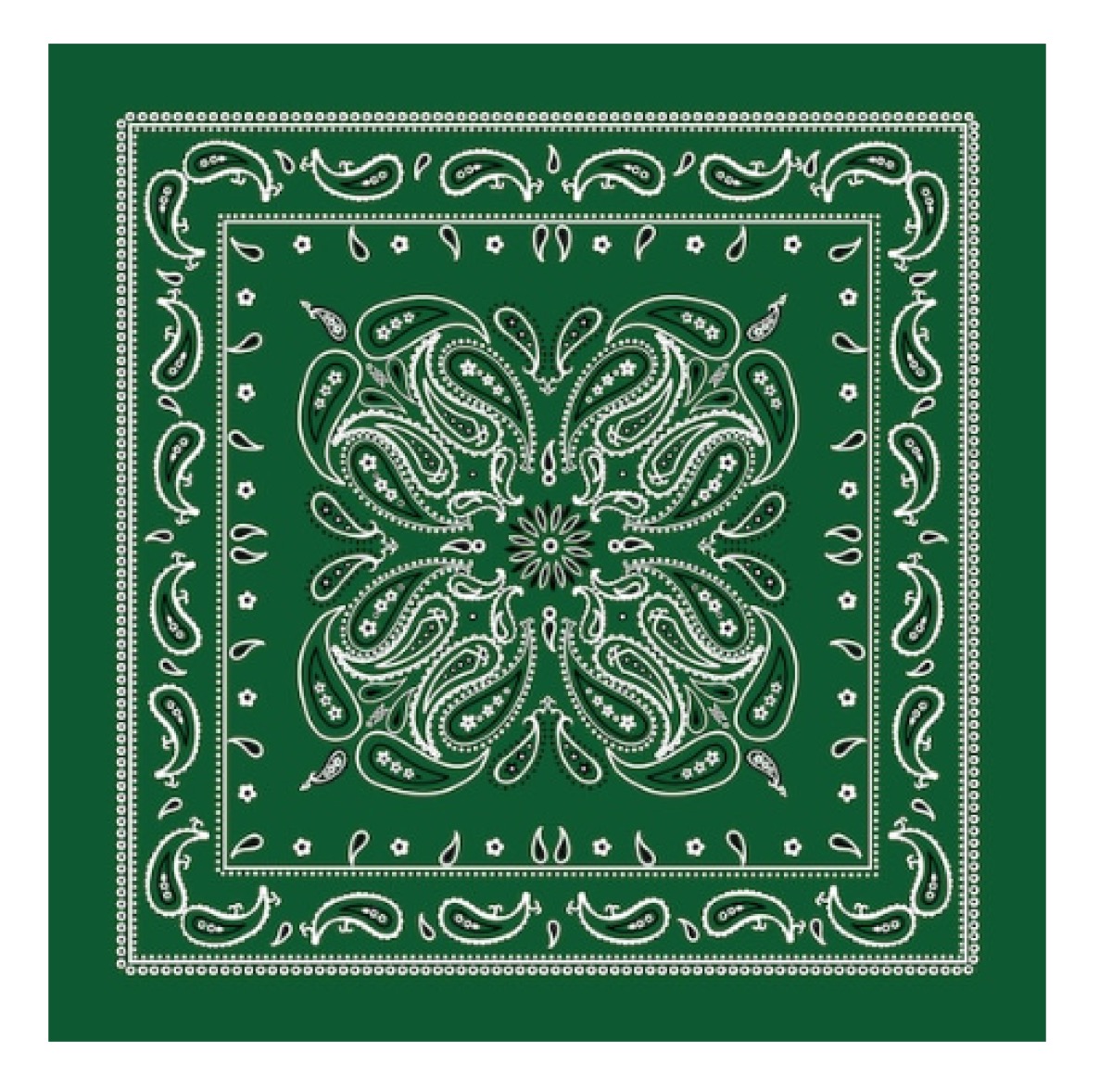 Whether you want to emulate the style of Tupac Shakur, Axl Rose, or the Olsen Twins, this is the perfect accessory for any '90s-themed social gathering. 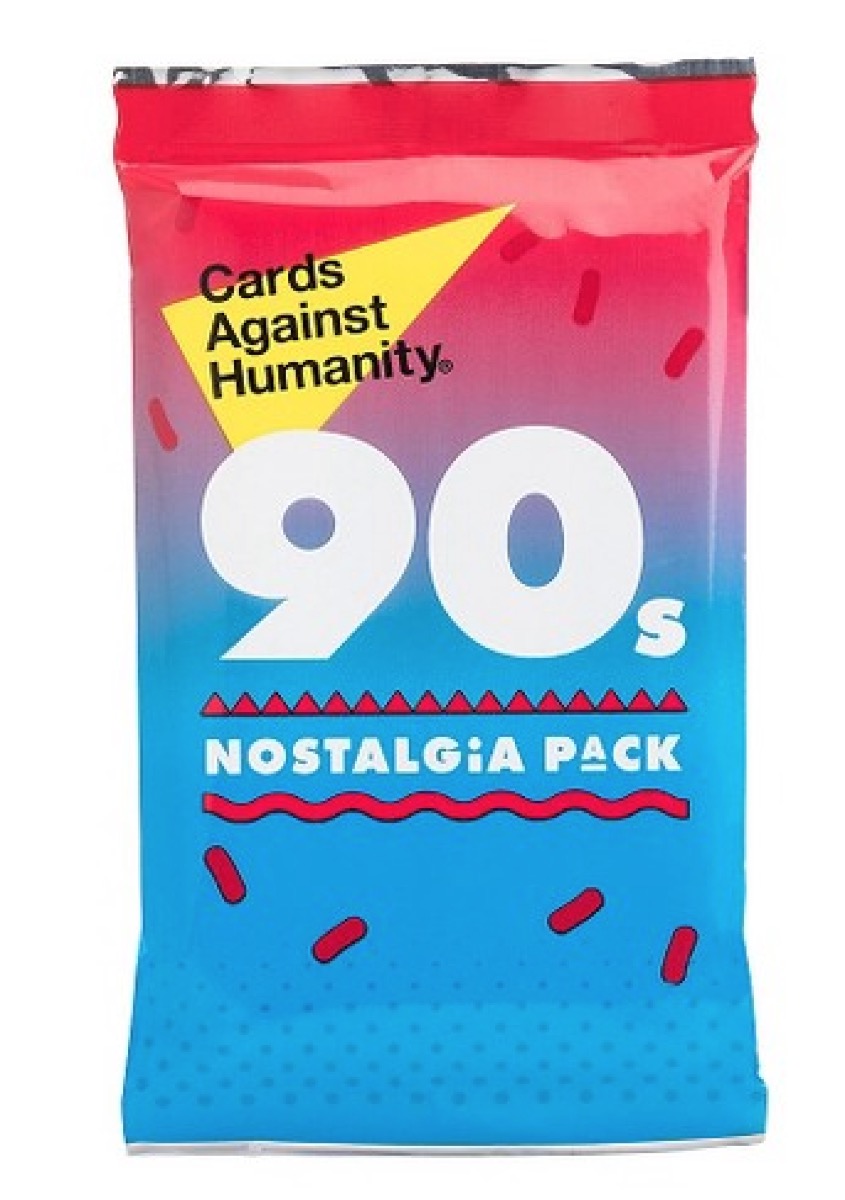 Just like a normal game of Cards Against Humanity, but with answers like "Cool '90s up-in-the-front hair" and "A bus that will explode if it goes under 50 miles per hour." 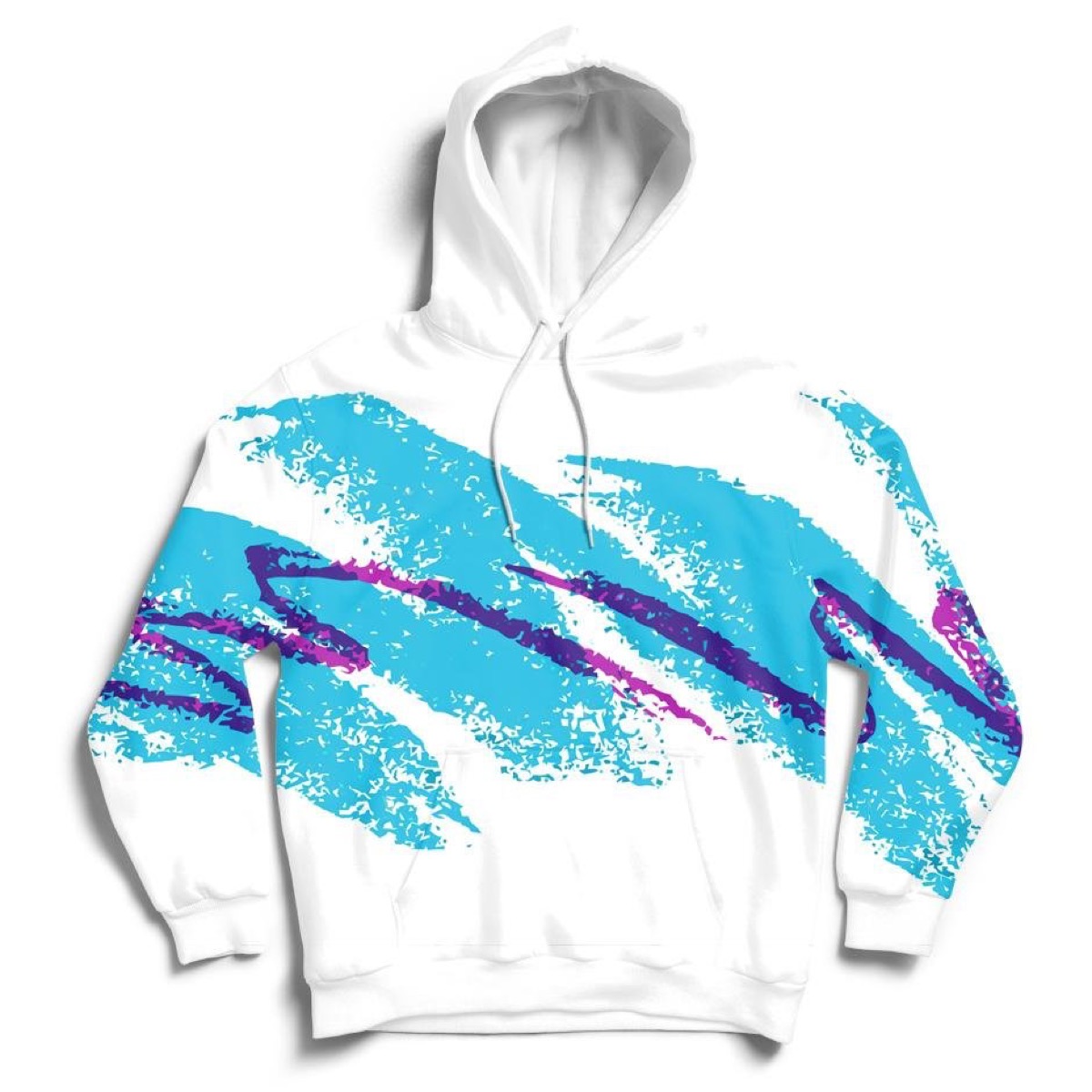 The "Solo Jazz" pattern that became standard on waxed paper cups in the early '90s may only seem soothing to those of us who saw it constantly. Whatever genius decided that this all-too-familiar blue, purple, and white design belonged on a hoodie, all we can say is, "Thank you." Also, we're thirsty now. 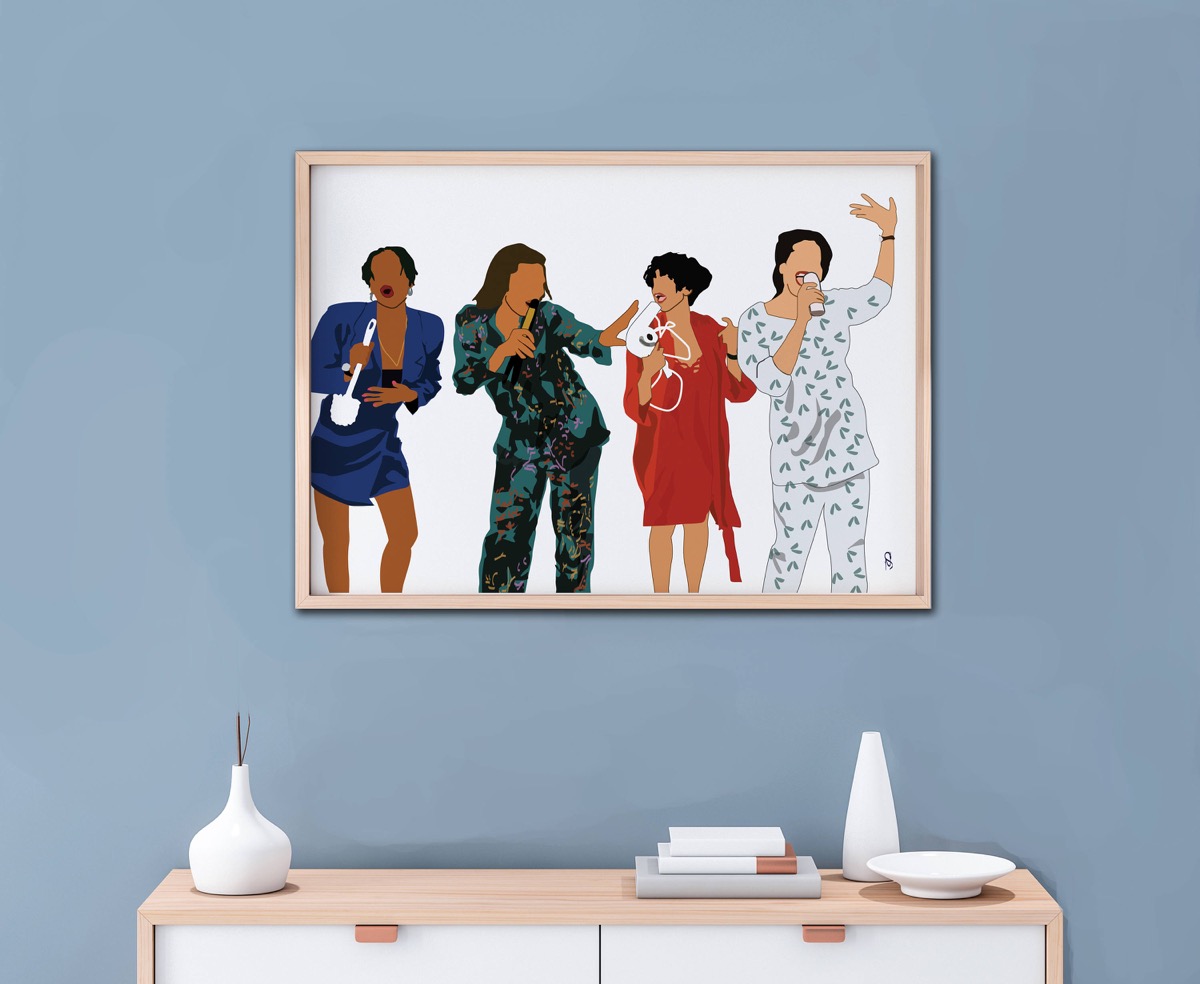 It's a classy piece of wall art that doesn't immediately seem like it's inspired by a TV show from the '90s. But sure enough, that's Maxine, Khadijah, Synclaire, and Regine singing together in the bathroom. Ah, that brings us back. 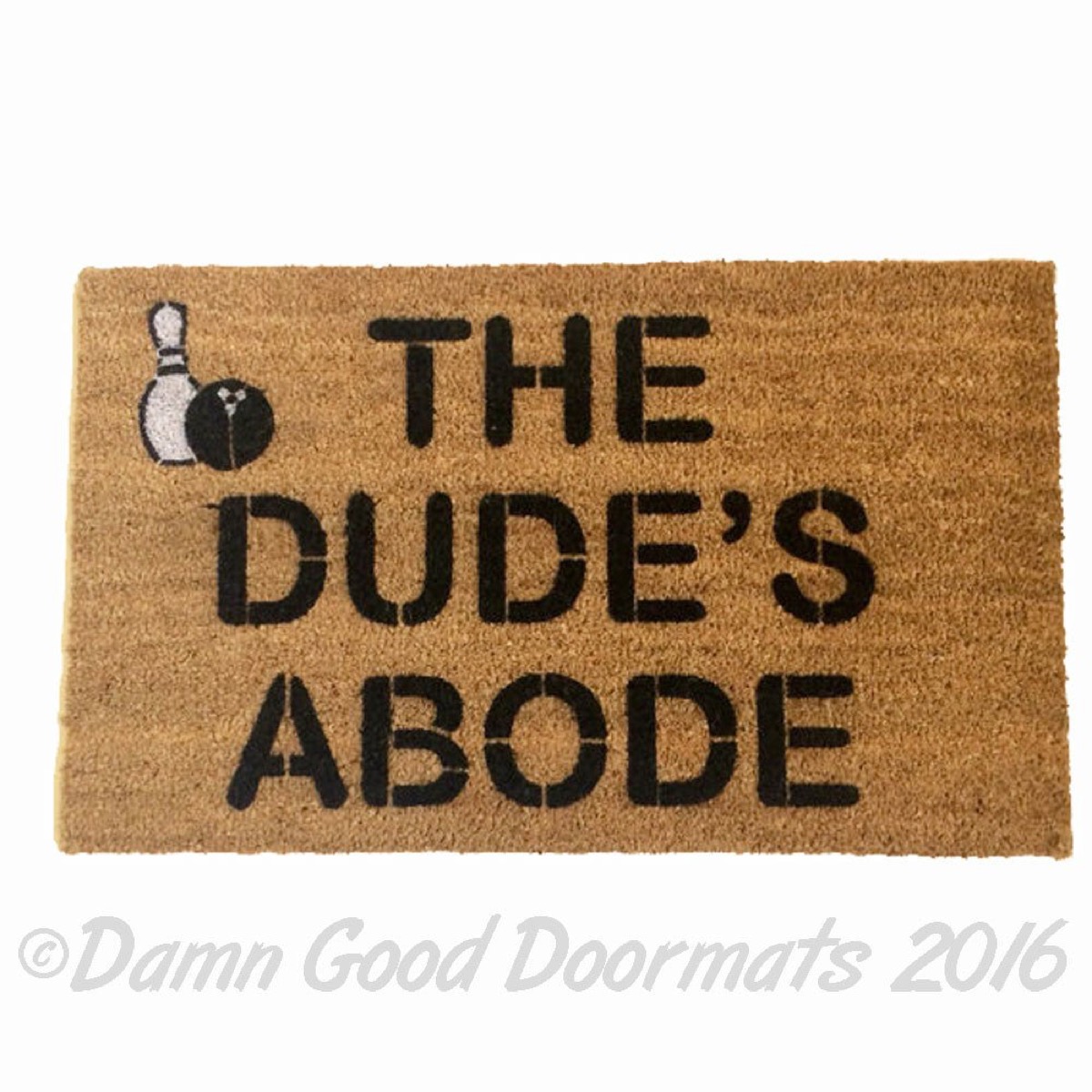 Your search for the perfect holiday gift ends here. We found it. Call off the dogs, our work here is done. And for more amazing '90s gifts, check out these 30 Amazing Christmas Gifts for Friends Fans.