Ladies, it never hurts to speak your mind.

It's no secret that women are way better at expressing their innermost thoughts, desires, and feelings than men are. But let's be clear: that doesn't mean men aren't overflowing with thoughts, desires, and feelings. For proof, allow me to direct your eyes to Reddit, which just exploded with a thread in which scores of men are opening up and revealing all of the things that they wish women knew about them but don't. (And, ladies, it's fascinating.) I've combed through the entries and gathered here the ones I found to be the most important. So read on, and always remember that no two men are the same. And for the flip-side of the equation, here are the 17 Worst Things a Man Can Say to a Woman.

1
Not Answering Doesn't Mean Not Caring

"Just because we don't always know the right thing to say doesn't mean we don't care," one user wrote.

I'd second this. Sometimes, if you're arguing and he's quiet, it's not that he doesn't care, it's just that he doesn't know what to say and doesn't want to say something that will make everything worse.

2
It's Always Better to Speak Your Mind

"Telling someone exactly what you want is the best way to get that thing. That goes for men, too," one user wrote.

After all, if you're upset and a man asks you if you're OK, and you respond with a pouty, "I'm fine," you won't get the results you want. Remember: communication is the key to any healthy relationship! 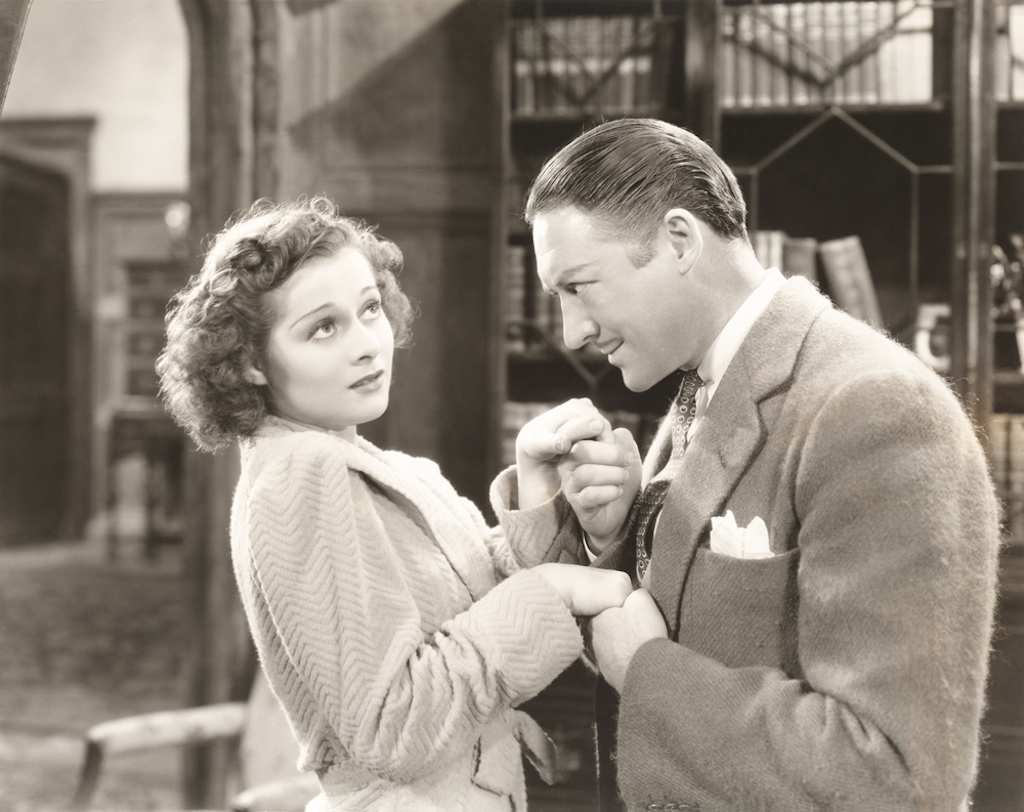 "One day after school I had some time to kill before I had to get back to school for basketball practice. My ex-girlfriend and I drove down to McDonald's and just sat outside it in her car for the WiFi. She had an essay to edit and some college applications to fill out. I was done with all my stuff so I just sat on my phone surfing the web and just [messing] around. Eventually I got bored and tried to initiate a small make out session (nothing crazy since we're sitting in the McDonald's parking lot). She pushed me away once or twice and told me to stop since she had work to do. Very understandable. I spent the rest of the time just chatting with her and on my phone again. Later as we headed back to the school she complained that I didn't keep trying to kiss her," one user wrote.

Women are often told to play "hard to get" in order to "hook" a man, but in today's sociopolitical climate, that's an especially bad thing to do because it encourages men to think that if a woman turns them down it means he just needs to "try harder." And studies have shown playing it cool doesn't work anyway. 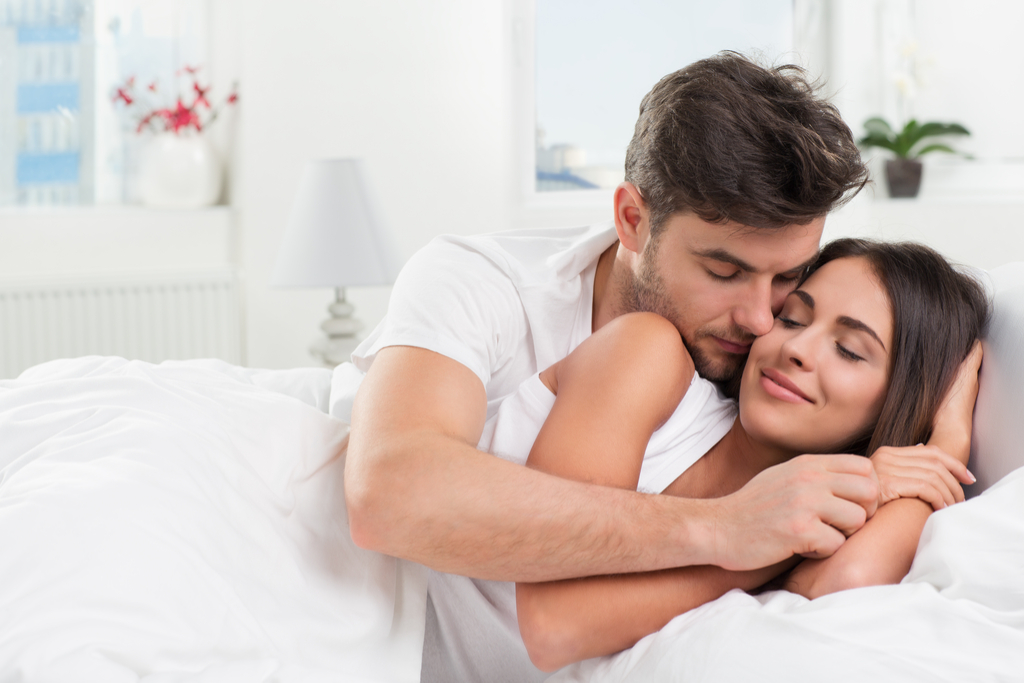 "Sometimes I want to be the little spoon," one user wrote. "Omg so safe. So secure. No hair in the face," another replied. And for more relationship coverage, check out the 17 Dumb Ways Men Have Been Busted Cheating. 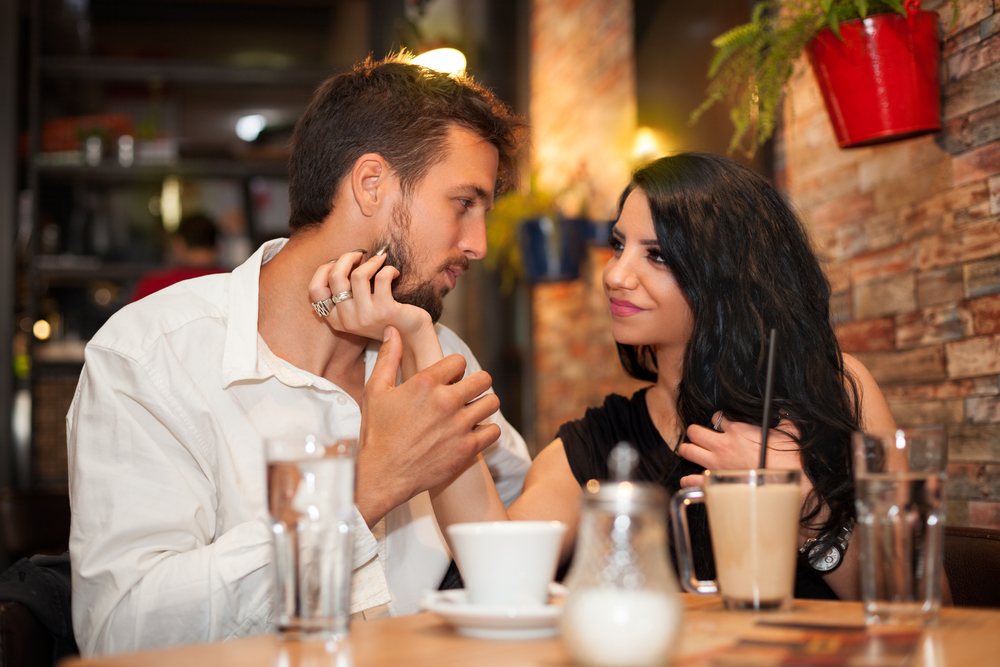 You know how when a guy you like gives you a compliment and it makes you feel better about yourself and simultaneously more interested in him? Men are no different.

"Men like compliments too. I had a random girl at the movies drive by and say 'Hey, you're cute by the way' and I'm still smiling like an idiot," one user wrote.

Another, presumably female user replied about how well implementing this worked in her life: "I read this in another thread a couple of months ago, and decided to implement it into my life because I had no idea men really needed this. I'm pretty shy, but I made a real effort to give genuine compliments to men. My first one was this customer who is always at the store I work at, with these really incredibly, bright blue eyes. After our third encounter, I finally mustered up the courage to tell him. The way he lit up when I said it is what has conquered my social anxiety from giving out more compliments to guys. Just the other day I noticed my coworker had a hair cut, and said 'You got a hair cut? It looks nice!' – so not a lot of effort went into it – but I would catch him with this small smile on his face for hours afterwards."

When a man says he needs "alone time," women often think it means that their boyfriend is sick of their company and that they are on the precipice of a breakup. But that's not the case.

"Sometimes we just need our alone time and space to do guy things. It does not mean that we are tired of you or dislike you," one user wrote.

Just like women, men have lots of erogenous zones!

"We like being touched too. Run your hands through my hair, rub my chest, anything to make me feel wanted. It's crazy how lonely a relationship can feel when the physical intimacy is a one way street. There's nothing more attractive than a girl who initiated contact of any kind," one user wrote.

"There was a solid 2 years where my wife would ask every single night to be massaged to sleep. I'd oblige since I enjoy seeing her happy, but it was always rare that I'd get anything like that in return. If I asked, she'd do it all half-assed for a couple minutes and then start talking about something and act distracted. I've tried talking to her about it but I don't think she's caught on that it's something that really bothers me," one user wrote.

9
Men Get Nervous On First Dates, Too 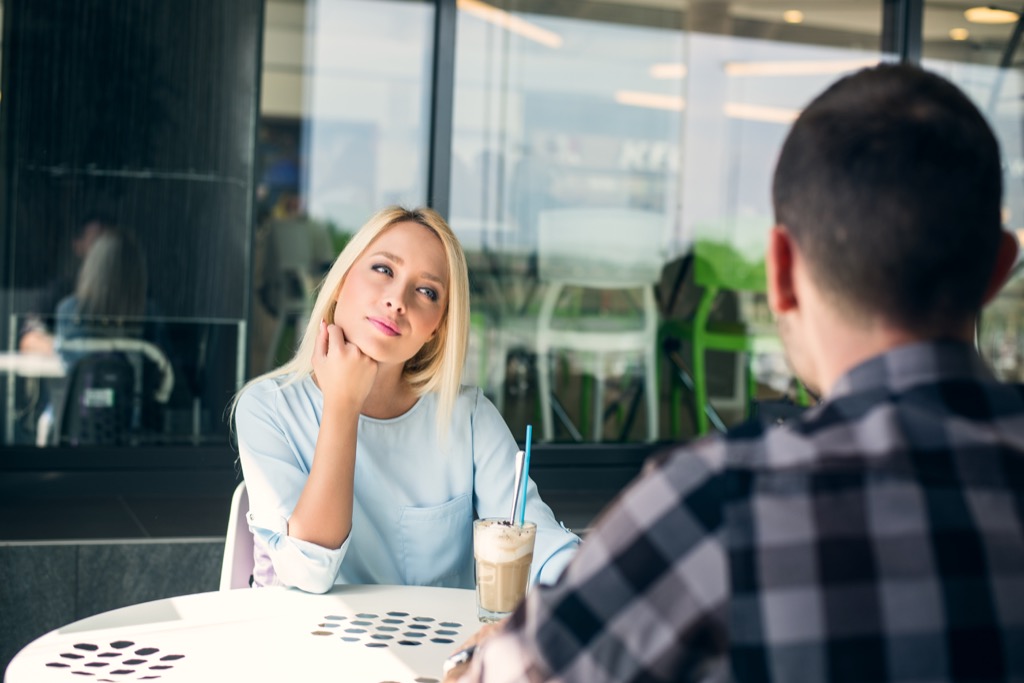 Because men are taught to project self-confidence on first dates, many women think they're frantically changing outfits while a guy is just strolling around without a care in the world. But one user is here to clarify that, "When it comes to first dates, men are just as nervous as women."

10
It Doesn't Mean Anything When Your Boyfriend Blanks Out 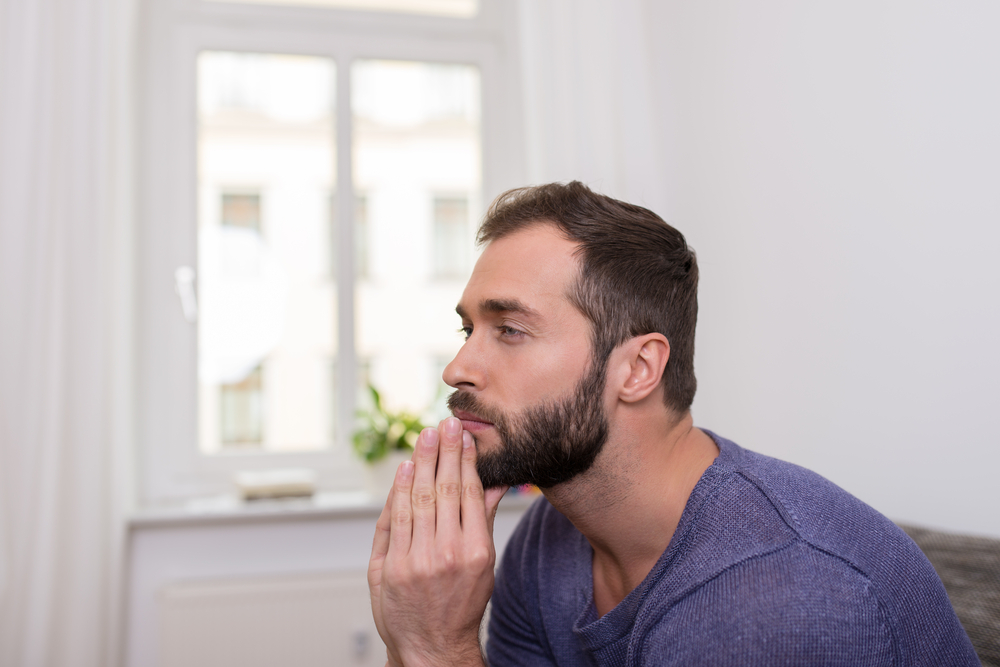 Oftentimes, when men stare off into space or go all quiet, women assume that their partner is thinking about another women, or thinking something horrible about them that they'll never say out loud, but that's not the case.

"Usually, when I'm staring off into space, I'm not thinking bad things about my wife. I might be thinking of how I could retrofit a pool pump to our house hot water heater and it would be the best shower ever, for 25 seconds. Or, if I hyper fertilize the lawn, will the roots grow to the point they hit ground water and never need supplemental watering again. Or, if I sneak GNC testosterone supplements into my wife's food, would it make her hornier or harrier. Or, sometimes I'm truly not thinking anything at all," one user wrote.

When a woman asks her boyfriend where he wants to have dinner, and he responds with a shoulder shrug every single time, women tend to assume that means they're not enthusiastic about spending time together. But, as one user wrote, "I genuinely do not [care] where we eat… And frankly sometimes just don't want to pick. Literally say the name of any place and there's a 95% chance I agree."

Though one user also proposed a helpful antidote to this common argument: "I will name three places. If you nix all three, we'll eat at the last place I mention, or we'll just fend for ourselves. Or, you can pick a place and I'll go there with you. Deal?"

We've seen this in movies and experienced it in real life too. Men ask a woman "What's wrong," and her response is "If you don't know then I can't tell you." This is not an effective way of communicating.

"If I ask you what is wrong, it is because I honestly don't know. Save us both an hour and just tell me what is wrong," one user wrote.

A woman chimed in to confirm this: "Yep. Wife here. It drives my husband crazy. Or I'll take 5-10 minutes and then tell him what's wrong because I was trying to figure it out. Mostly I'm just trying to explain it the best I can and work on communication. Good luck with your wife. I promise, we don't do it on purpose."

When a man rejects sex, a woman often assumes that it means he's now repelled by her body, but that's just insecurities talking.

"When a guy says he's too tired for sex, he's 100 percent too tired for sex. He's not trying to get out of it for some mysterious reason. We're just so exhausted our body cannot fathom the idea of exercise at that moment in time," one user wrote.

"You don't always have to hear something I say that could be interpreted two ways and always take it as the bad one. I love you and I'm not calling you fat; you're misunderstanding me," one user wrote. 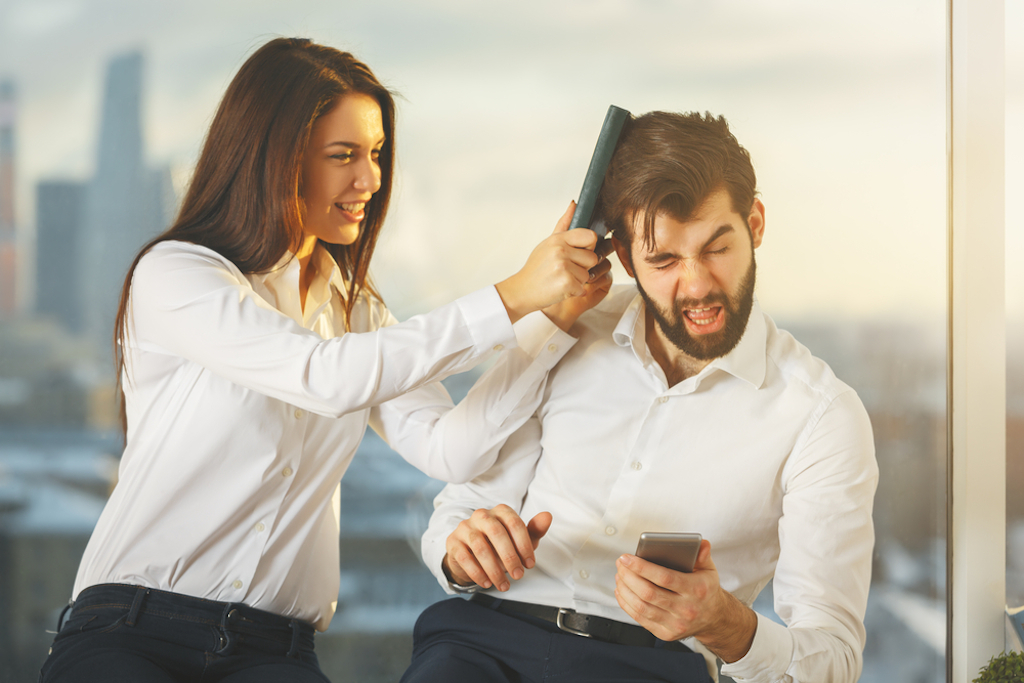 "It's not 'funny' or a show of womanly power to slap a guy across the face or hit him in any way. It's abuse and that's all there is to it. Unless a guy is threatening you or hurting you, you don't have a right or reason to hit him. Women are told that if a man hits them that it's abuse. Men are told that if a woman hits them it's normal and just something we need to take—and I know it's often men saying that but women need to know it's not okay to hit their boyfriends or husbands.On a lighter note, a lot of men like to be given flowers. They smell nice," one user wrote. 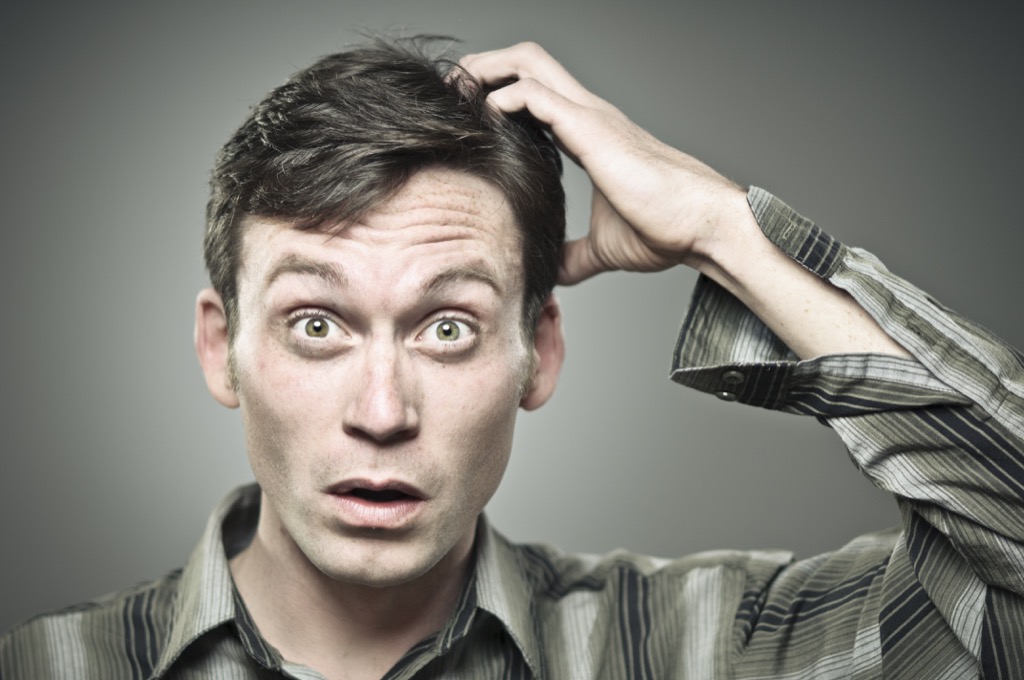 "We are confused. We're constantly being told that just because a girl is being nice that doesn't mean she is flirting. We're also being told that we never recognize the subtle signals girls use to get our attention," one user wrote.

This one is tough because dating books are always encouraging women to smile and make eye contact to show they are interested, but, at the same time, it's annoying when a man assumes a girl is into him just because she flashed a friendly grin. The best advice is to not make any assumptions about what a smile means, and simply politely approach a woman you like (if it's an appropriate setting) and back off immediately if she doesn't engage.

17
Women Can Make the First Move Even though women are increasingly being encouraged to initiate romance when they feel like it, a lot of women still think it comes off as clingy or desperate. But all of that is changing now.

"It's ok if you make the first move. Guys can be shy too," one user wrote.

"Not only is it okay, but in a world where guys are increasingly conscious of the risk of coming across as a creepy pervert, it's more necessary than ever. Telling guys that they're not supposed to approach you and then waiting for them to approach you ensures that the only guys you meet are [jerks] who don't listen to what you want," another replied.

For proof of this one, read these adorable personal testimonies of how couples first met, and you'll see lots of successful stories about women making the first move.