Doing so today may freeze the passion of a potential flame.

We've all heard that men "like the chase." Virtually any dating book a woman picks up will tell her that, in order to "hook" a man, she has to present herself as a challenge, and play a little hard-to-get. It's exhausting and inauthentic (not too mention a little sexist), and most women hate engaging in these cat-and-mouse games. Unfortunately, however, they also tend to work, and the dating ploy is backed up by some sociologists who argue that men seek an ego boost from women by needing to "earn" her through a series of obstacles that she puts in his way.

"From an evolutionary perspective, the pursuit of sex stimulates the reward center in our brains," Dr. Ian Kerner, author of DSI: Date Scene Investigation, recently told Match.com. "Pursuing a woman by buying her things or flirting increases levels of dopamine, a feel-good chemical that's released when we do something pleasurable, like eat or have sex. Many men thrive off this feeling, so it's easy to see why they do it so often."

In the same interview, Dr. Helen Fisher, author of Why We Love: The Nature and Chemistry of Romantic Love,  said "some men love the chase, and others are turned off by it," depending on whether they are driven by dopamine, the hormone that stimulates the need for adventure, or serotonin, the one that craves comfort and security.

Is it possible, however, that the ways gender norms are changing have made the chase less desirable? After all, we live in a world today in which women are (at least in theory) more sexually empowered and encouraged to take on more initiative when it comes to dating, and the effects of this cultural shift is reflected in some new research. One study found, for example, that women are no longer interested in flashy men, given that the rise of financial independence has abated the evolutionary urge to evaluate men based on their resources. Another recent study found that women now prefer men with more sensitive facial features for long-term relationships, and look to men who have more traditional masculine features for brief sexual flings. A survey by one dating app on the jobs held by women that are more attractive to men was surprised to find that many high-powered jobs, such as lawyer and entrepreneur, topped the list. Could it be that we're moving into a world where (gasp!) women don't need to turn a man down seventeen times to get him to like her?

A new study by researchers from the Israeli-based Interdisciplinary Center Herzliya and the University of Rochester, published in Computers in Human Behavior, would claim that we are. Here's how it breaks down. And fellas, if you want some more sage relationship advice, learn the 50 Easy Ways to Be a (Much) More Romantic Man.ae0fcc31ae342fd3a1346ebb1f342fcb 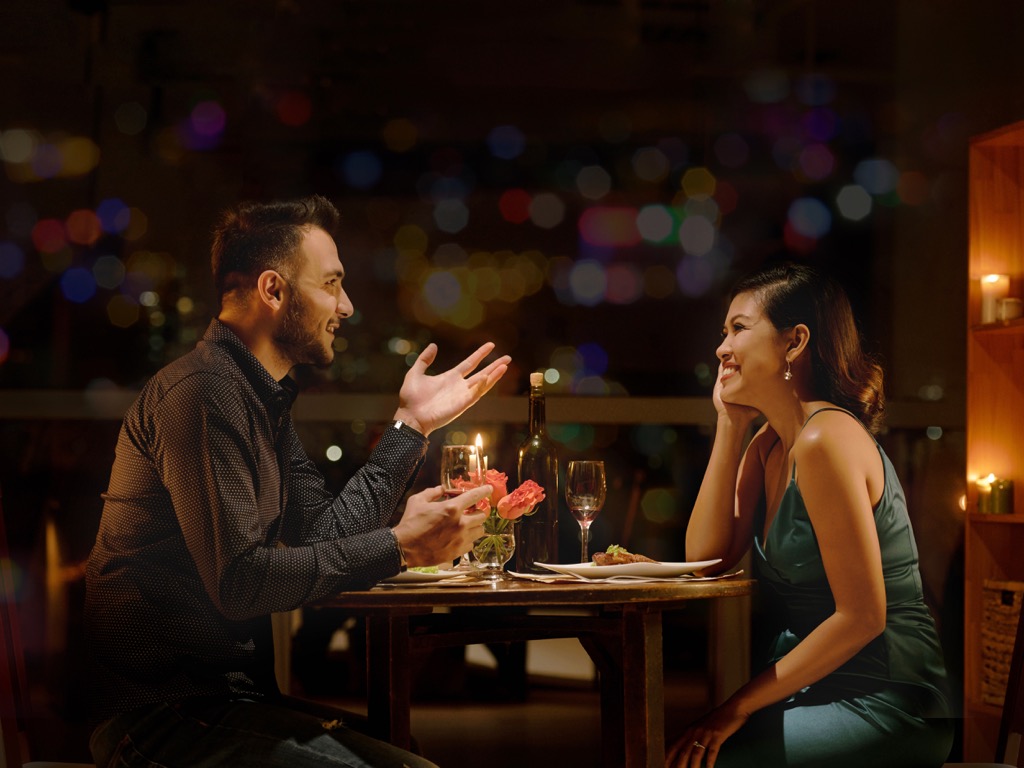 In one of the paper's studies, 51 women and 50 men aged 19 to 31 who identified as heterosexual were told they were participating in an online chat with someone in another room to whom they could send one message. In reality, they were all simply shown a photograph of the same opposite-sex individual. Some of the participants were told their "partner" responded, whereas others were told they hadn't answered yet. The participants were then asked to rate the sexual desirability of their potential partner on a scale of 1 (not at all desirable) to 5 (very desirable). The ones who were told they had a message waiting gave the partner a mean score of 3.15, whereas the ones who hadn't heard back gave a mean score of 2.73, indicating that the partner's lack of interest reduced their sexual appeal.

The researchers conducted three more studies in which participants engaged in online interactions with someone who was either clear or vague about his or her level of interest. According to the abstract, "results showed that relationship uncertainty had detrimental effects on confederates' appeal only when they were perceived as uninterested in the participants. Moreover, explicit expressions of romantic interest fostered certainty about confederates' behavioral intentions, thereby enhancing their appeal." And for some ways to raise your own rating, learn the 15 Genius Tricks for Appearing More Attractive.

2
Show Me the Love 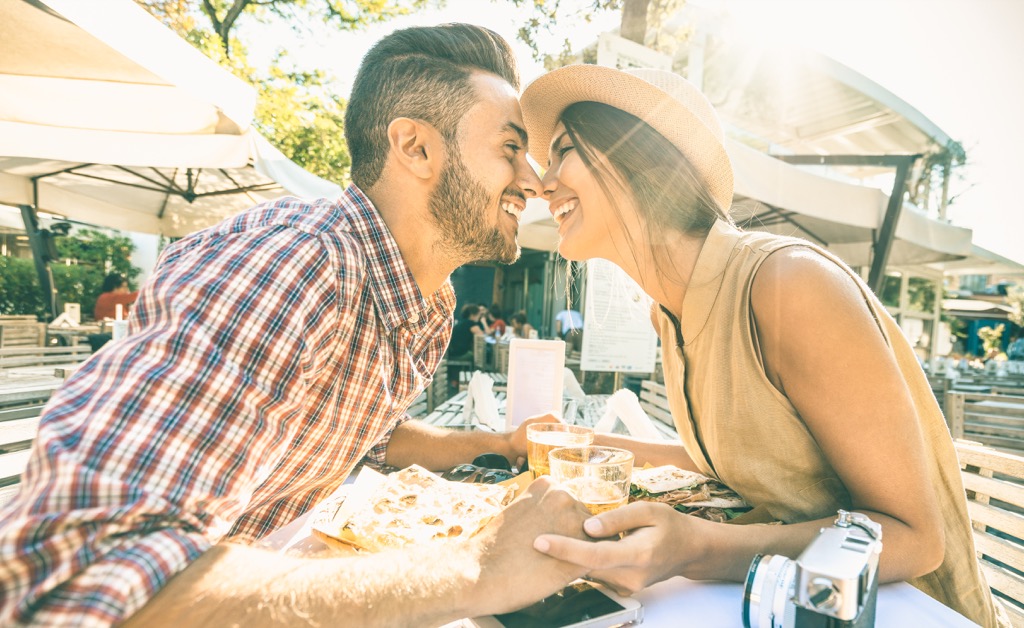 In another two studies, researchers replicated a similar study with those who were in established relationships and got similar results. In fact, the researchers found that pulling away had especially devastating effects on a relationship that was already well-established, since it's less common for people to play it cool in the later stages of dating than it is in the beginning, and it messes with the brain's need for security and comfort.

The study's authors make the compelling claim that the reason our interest in someone is dampened by our need for reciprocity comes from our need to self-protect.

"People may protect themselves from the possibility of a painful rejection by distancing themselves from potentially rejecting partners," study co-author Harry Reis, a professor of psychology and Dean's Professor in Arts, Sciences & Engineering at the University of Rochester, said in a press release. "People experience higher levels of sexual desire when they feel confident about a partner's interest and acceptance." 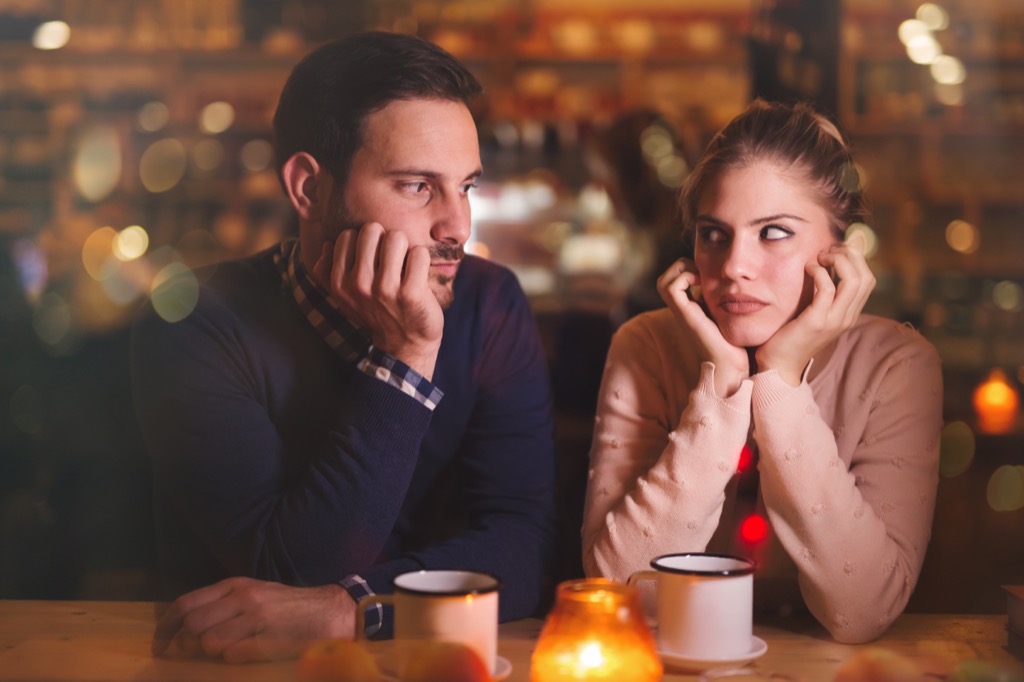 Gurit Birnbaum, a social psychologist and associate professor of psychology at the IDC Herzliya and a co-author of the study, said the results suggest that sexual desire as a whole may serve  "a gut-feeling indicator of mate suitability that motivates people to pursue romantic relationships with a reliable and valuable partner," and that, conversely, "inhibiting desire may serve as a mechanism aimed at protecting the self from investing in a relationship in which the future is uncertain."

Of course, no matter what, there will always be men (and women) out there who are addicted to the thrill of the chase. But this research suggests that those people might either be insecure or somewhat masochistic, in which case you're better of staying away and finding someone who's excited by the prospect of someone who is excited about them.