15 Easy Ways to Be More Funny

For when you want to elicit more than a polite chuckle.

If you wish you were a little more adept at injecting humor into a situation, you're not without good reason. A survey by Robert Half found that 79 percent of CEOs think an employee's sense of humor plays an important part in how well they'll fit in at the workplace. And a survey by Discover and Match Media Group found that 67 percent of online daters consider a good sense of humor very important.

The good news for those of you who feel like you're lacking in the chuckle department is that it doesn't take much to be a little funnier. There are a few basic rules of comedy you can follow to create the foundation upon which you can build up your sense of humor. Herein, we've rounded up 15 ways to be funnier, turning you into the cut-up of your crew in no time. And if you're in the mood for laughs from someone else, check out these 40 Dumb Wordplay Jokes That Will Crack You Up.

1
Put Down Your Phone

If you want to be funnier, you're going to need material, and that's hard to come by when you spend your time looking at your phone or listening to music instead of observing the world around you. As you begin incorporating more humor into your conversational style, a good starting place is observational humor because it relies less on wordplay or carefully constructed jokes and more on having an interesting perspective on the things you experience. So, yes, that does mean you're going to need to put the phone down and pay attention to reality. And if that sounds impossible to you, discover 11 Easy Ways to Conquer Your Smartphone Addiction.ae0fcc31ae342fd3a1346ebb1f342fcb

Anyone who's taken a comedy class can tell you that a really easy way to instantly spice up your stories is to be more specific. "Some guy on the street was yelling about something" is less entertaining than "A shirtless man wearing a pair of Pittsburgh Pirates sweatpants was demanding his state income tax return from a cat near the bus stop. The cat was eating a waffle." Details make a story more engrossing, and once you start figuring out the types of specifics that get a laugh, you'll spot them more easily. And for a great example of specifics in storytelling, read how Nick Offerman Revealed the Hilarious Way He Proposed to Megan Mullally.

Being funny isn't just about telling jokes. "Listen and react" is another improv class mantra, so if you want to come off as witty in conversation, you need to listen to what people are saying. Standing around waiting for an opportunity to insert a pre-written joke or story into a conversation is a great way to drop a giant comedy bomb that makes everyone feel awkward and kills a conversation. You're much better off reacting to what's being said in that moment and hoping it lands than trying to wedge in an anecdote you've been crafting in your mind for three hours. And for more on active listening, check out these 20 Ways to Increase Your Emotional Intelligence.

4
Laugh at Your Own Expense 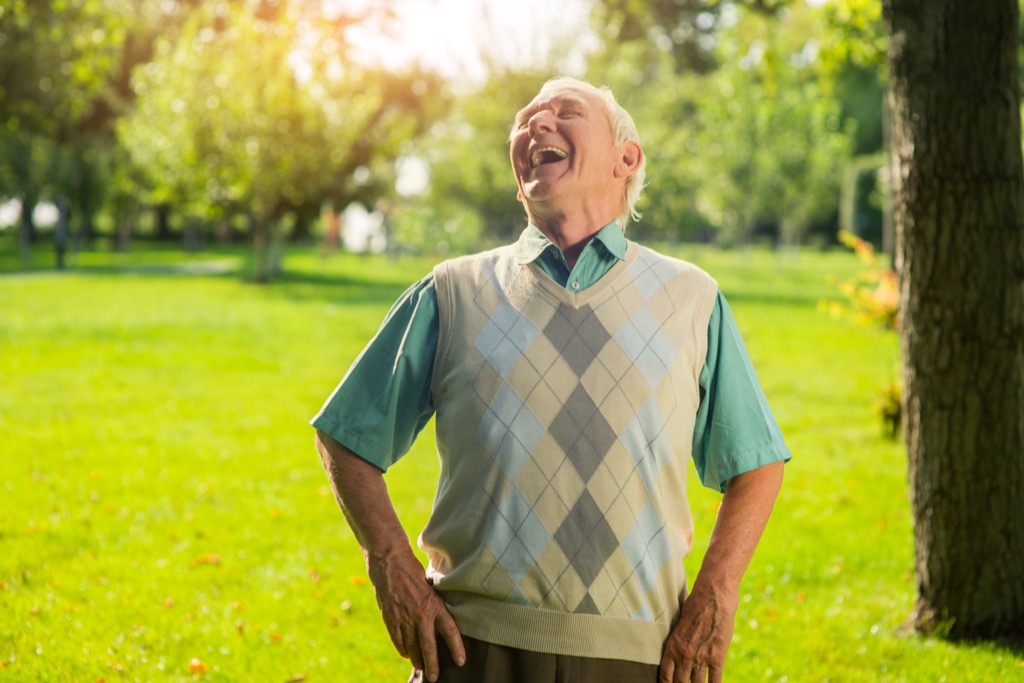 Carol Burnett famously said that "comedy is tragedy plus time." However, if you never admit the time you got locked out of your house with no pants on was funny, it will remain a tragedy, regardless of how much time has passed. If you want to be funnier, start by taking a few cracks at your own expense. And for a master class on how laughing at yourself pays off in dividends, check out the 30 Funniest Photos of Celebrities as Teens.

You definitely don't want to go around reciting a long list of jokes to everyone you meet, but it's helpful to have a few in your back pocket in case the opportunity presents itself. Try to learn a few different types of jokes too, because what works at the bar might be inappropriate at a PTA meeting. And when you're ready to get people laughing, study these 50 Knock Knock Jokes Guaranteed to Crack You Up.

When you and your pals are joking around, practice the classic improv tenet "yes, and…" Basically, agree with whatever was just said, and heighten it in some way. You keep the conversation moving forward and avoid disagreement. Here's a timeless example: "My face hurts." "Yeah, and it's killing me." And for more laughs like that, check out these 50 Dad Jokes So Bad They're Actually Hilarious.

If you start telling a story, and it is not going well, resist the urge to double down. Repeat: do not try to power through because your joke was better in your mind. This is the opposite of being a funnier person. If you're still getting used to telling stories, a "yeesh, that went a lot better in my mind" will probably be funnier than your entire bad story. With a little practice, you'll be able to riff on the motif of bombing a little bit and hopefully milk a few laughs that way. Remember, you'll never land 100 percent of the time, but you can definitely learn to fail better. And if you're feeling adventurous and want to toe the line, check out 75 Jokes That Are So Bad They're Actually Funny. 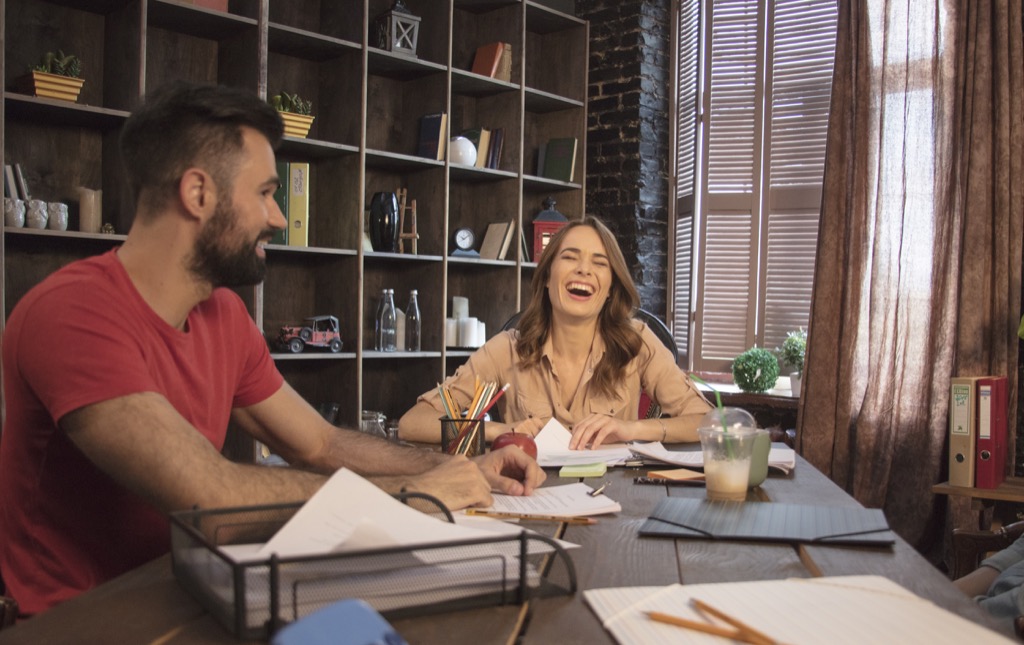 Ultimately, the comedians who are the most successful have mastered expressing their own voice. Trust that buried somewhere inside of you there is at least a nugget of humor and be yourself. If you try too hard to be funny, you will come across at desperate, at best, or, at worst, as a person doing a Borat impression at a dinner party. People will enjoy it much more if you're yourself, and it will be much easier to get people laughing if you're feeling relaxed and confident. 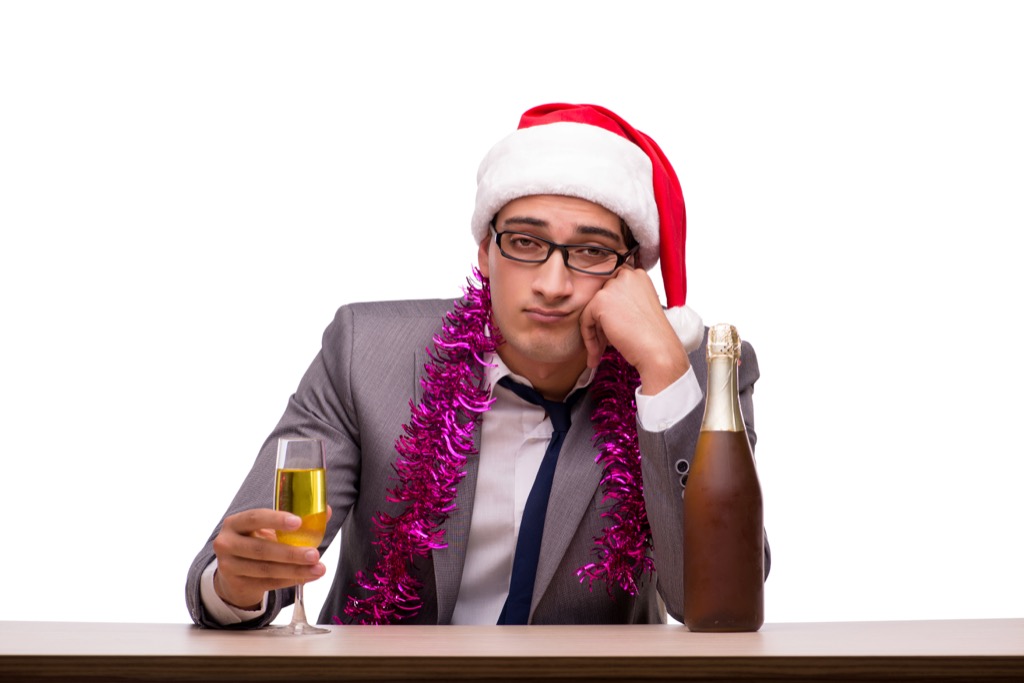 Research published in Social Psychological and Personality Science found that there's a necessary waiting period after something bad happens before it becomes funny, but if you wait too long, it stops being funny again. This is called the "benign violation theory" of comedy, which is basically that enough time needs to pass that the people hearing the joke no longer feel actively threatened by the topic, but not so much time has passed that the subject has become completely benign. In other words, make sure nobody's going to shout "too soon" while you're talking. And if you do find yourself in such a situation, you should know 20 Funny Jokes to Banish Awkward Moments. Audiences love to be surprised, and they also love repetition. If you can make a good callback in conversation to something that was said earlier, you've just managed to do both, by seeing a connection between two points in conversation that they missed and also repeating a thing they already heard. So, when you're in conversation with somebody, pay attention to what they're saying and also remember what's being said. Referencing something from earlier in the conversation or in the day is always great for a laugh and is possibly the beginning of a running joke everyone can make with little effort once it's established. And if you don't want to be the butt of future jokes, discover these 23 Old-Fashioned Etiquette Rules That Still Apply.

11
Watch What You Love 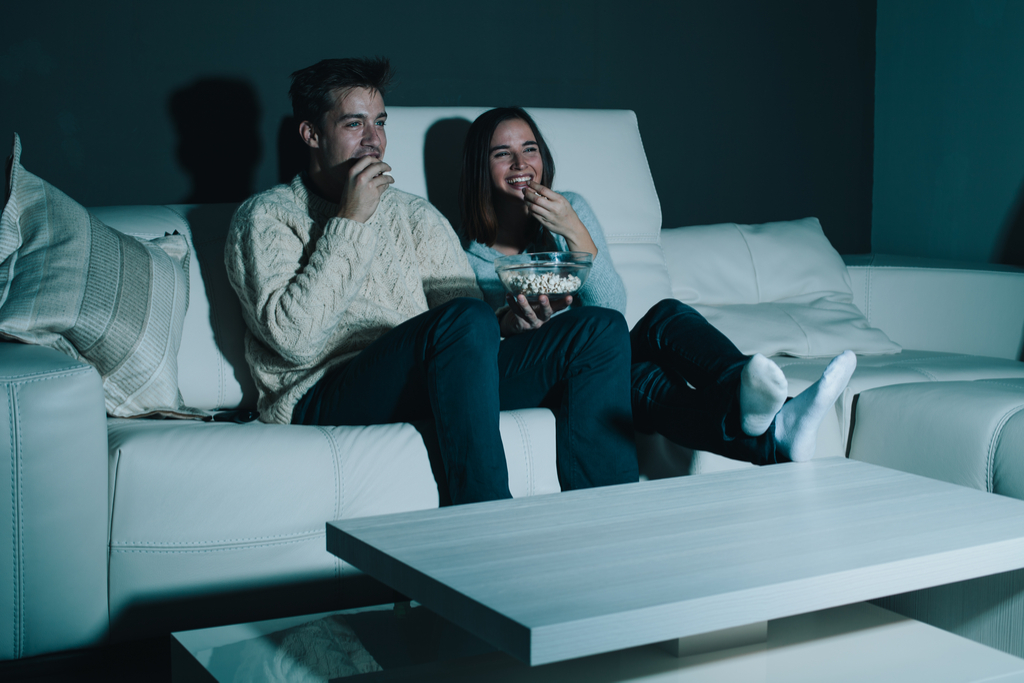 Just like with learning a foreign language, immersing yourself in humor is a great way to make yourself funnier. But don't just watch anything that makes you laugh. Start by watching what you already think is funny. Analyze what about it you enjoy, and then watch more things that contain those elements. For example, if you like the American version of The Office, you might also enjoy the shenanigans of other workplace comedies like Parks and Recreation, Cheers, or Taxi. Try to watch things that have some depth, though, because you probably won't learn much from a video of a dramatic gopher.

If you want to get better at making people laugh, you have to practice making people laugh. If you have a friend who makes you laugh and gets your sense of humor, spend time riffing with them. Whether you're trying to improve your wordplay, storytelling, or quips, a little practice can make a big difference. And fortunately, this practice is as easy as getting coffee with someone you're already close with.

Brevity is the soul of wit, and Twitter is a great way to keep things brief. If you're hoping to perfect the bon mot, try keeping it under 280 characters, and you'll learn the art of keeping your jokes tight and to the point. If you want to be funnier in a speech or presentation, rather than trying to craft a masterpiece of comedy from the get-go, do a punch-up. A punch-up is a crucial step in screenwriting where you go back over a completed script and give it a little polishing. Once you have the framework of your speech down, it will be easier to go back through and see where you can tighten things up and insert a few jokes. After all, it's much easier to get things right on the second try.

15
Put Yourself Out There

If you want to be funnier, you have to put yourself in positions where that's possible and then make the effort. The next time you're at a social gathering, make a few jokes. It might feel awkward, and you might totally bomb, but don't give up. You're honing your skills, and eventually you'll have a rapier wit ready to make a joke at the slightest provocation. And if you're wondering where to get started, here are 30 Great Icebreakers That Are Always Hilarious.