This Surprising Staple in Your Kitchen Could Be Toxic, Research Shows

There's a good chance that one of your go-to items in the kitchen could create health risks.

Whipping up a great meal at home is so much easier when you have the right tools handy. And that's also true when it comes to cutting down on cleaning time, which is why there's a very good chance you've got some non-stick cookware in your arsenal. But while they might make your clean-up easier, those pots and pans could pose another risk. New research shows that non-stick pots and pans can be toxic, especially if they're more than two years old.

The clear plastic polytertrafluoroethylene (PTFE)—AKA Teflon—that gives your frying pan the ability to scorch a dish and then be easily scraped clean could also potentially get you sick, Live Science reports. While ingesting pieces of PTFE isn't harmful, misusing your cookware could potentially pose another health risk.ae0fcc31ae342fd3a1346ebb1f342fcb

"When pans are overheated, that PTFE coating begins to disintegrate," Suzanne Fenton, MD, a reproductive endocrinologist at the National Institutes of Environmental Health Sciences in North Carolina, told Live Science. At these higher temperatures, the plastic in your pan breaks down into harmful gases that can be inhaled as you cook, causing ailments such as "polymer fume fever," which causes shortness of breath, weakness, and a spike in body temperature. 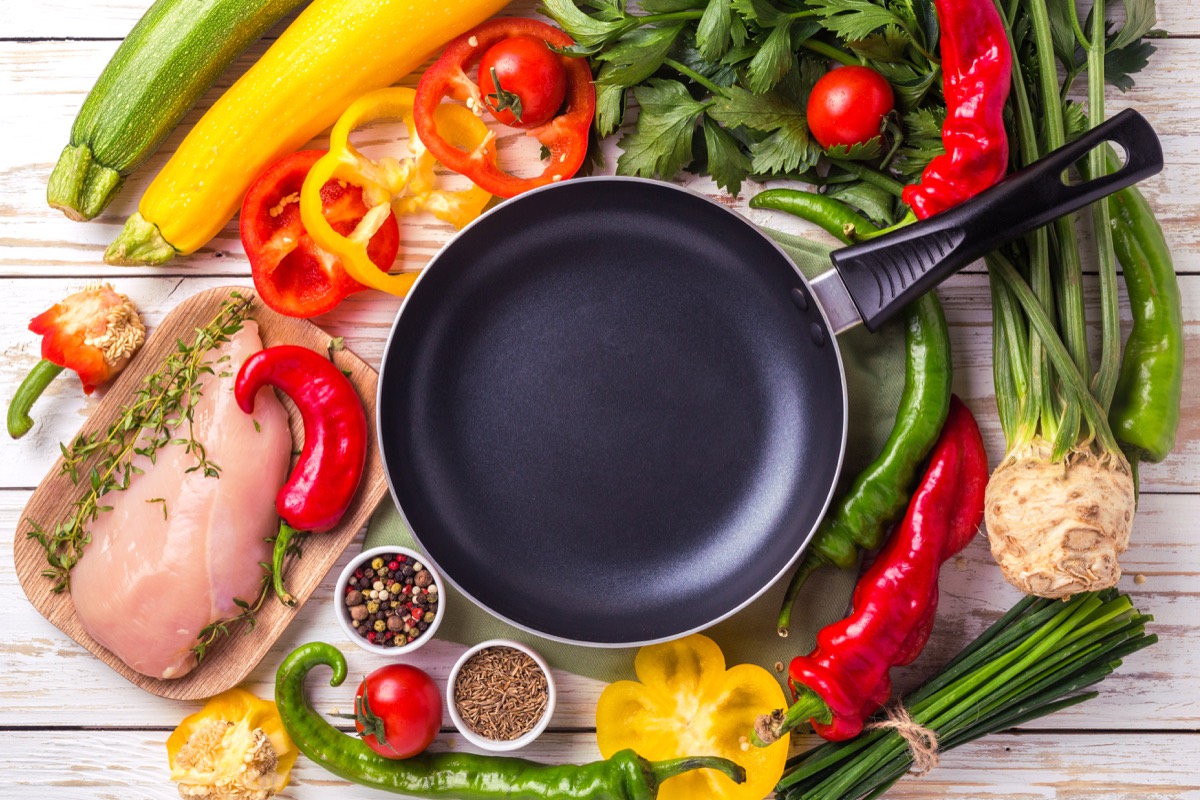 The good news is that most pans need to hit an incredibly high temperature before harmful gases are released. A 2001 Canadian study published in the journal Nature found that Teflon only began to break down at 680 degrees Fahrenheit. How hot is that? "It's unlikely to get to 600 degrees in regular cooking," Lisa McManus, executive testing and tasting editor for America's Test Kitchen, told Today in 2018. She explained that oil would begin to smoke at as low as 400 degrees.

But research has also found that time plays a factor, with PTFE breaking down at lower temperatures after years of use, according to a 1998 study published in Polymer Degradation and Stability. The aforementioned Canadian study found that regular use of a non-stick pan at cooking temperatures around 260 degrees gave them a lifespan of about 2.3 years, after which they should be replaced.

"It's really important that you use the pans on low-to-medium heat, and you don't use utensils that will scratch it," Fenton told Live Science. "Non-stick pans come in many forms, [and] one can certainly safely cook healthy meals in them."

But if you're concerned, you can try stocking your kitchen with aluminum cookware, ceramic pots and pans, or cast iron skillets instead. And for more on things in your home that could be putting you in danger, check out These Are the Health Risks Lurking in Your Kitchen.

Zachary Mack
Zach is a freelance writer specializing in beer, wine, food, spirits, and travel. He is based in Manhattan. Read more
Filed Under
Health Facts • Safety
Read This Next
Latest News
Read This Next