These are more cringeworthy than binge-worthy.

Netflix has given the world some truly spectacular, award-winning programming, like BoJack Horseman, Stranger Things, Orange Is the New Black, and Unbreakable Kimmy Schmidt. It's also given us a lot of shows that nobody watches.

It might sound shocking, but when looking at sheer volume, it makes a whole lot of sense. In 2018 alone, Netflix boasted 700 original shows, which is a ridiculous amount of content to sift through. Most of those shows never found a wide audience. It's not because they were all bad, though some of them were; in many cases, they just got lost in the crowd.

Here are some of the Netflix shows that were flops this year, either because they slipped under the radar or because they deserved to be ignored. 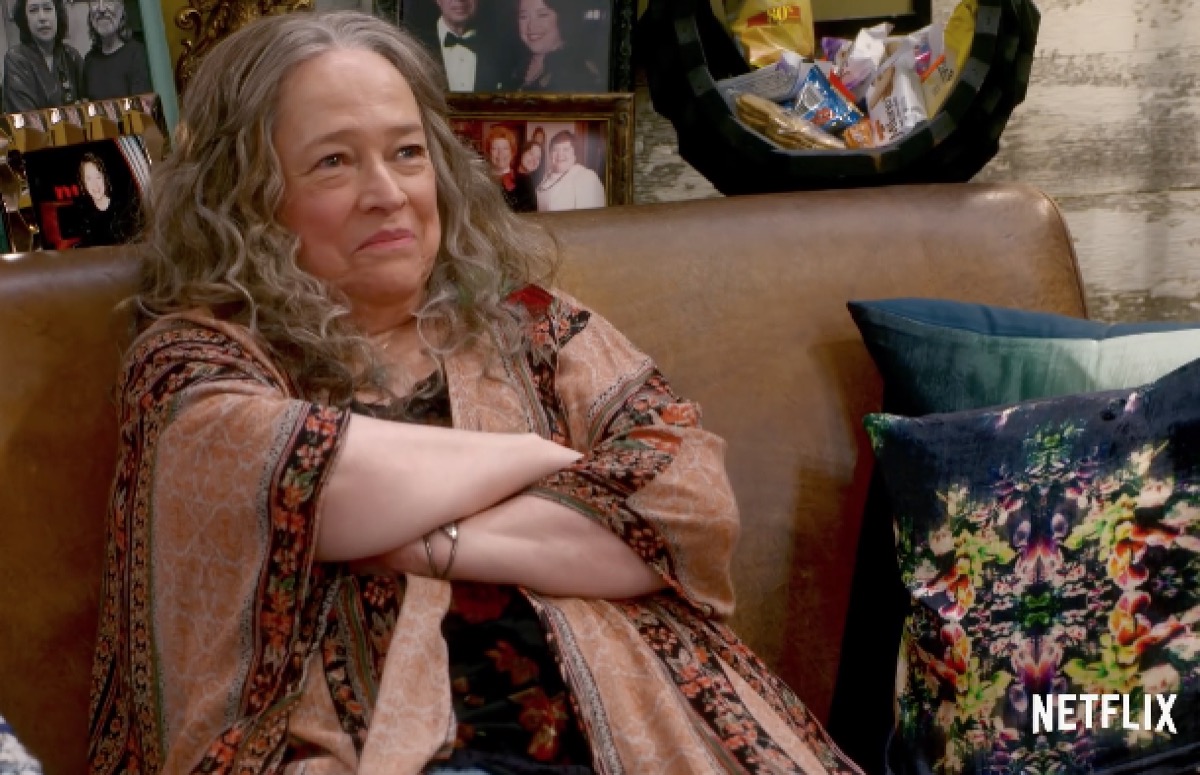 It's like somebody saw the TV show Weeds and thought, "This would be so much better if it was about a legal marijuana dispensary, and starred Kathy Bates instead of Mary-Louise Parker." Considering Disjointed was canceled after one season, that was not the case. 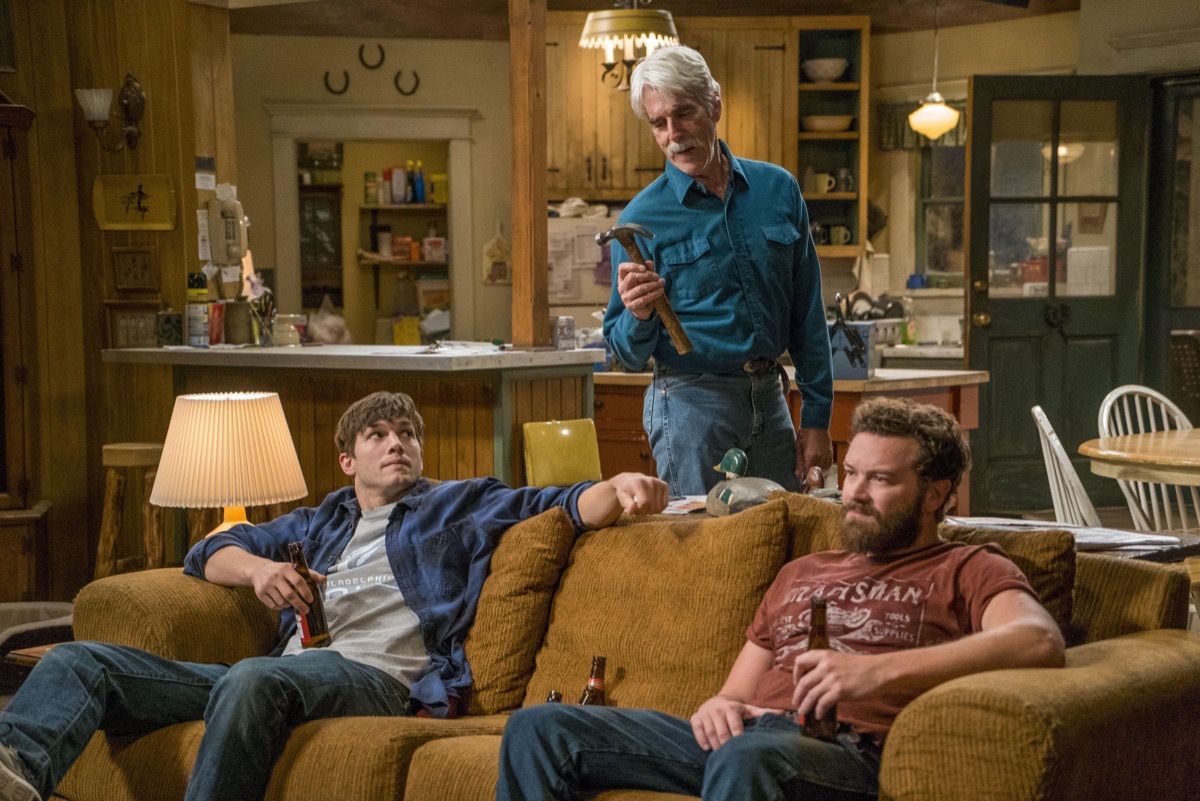 How did a series get to a fourth season with huge stars like Sam Elliot, Debra Winger, and Ashton Kutcher and we're just hearing about it now? The Ranch is a Netflix comedy about ranchers, a retired football player, and a guy named Rooster that Danny Masterson played for part of the show's run. The That '70s Show alum was written off the show in its current third season, and he posted on Instagram just days ago, asking people to keep watching anyway. Our first reaction was, "Okay, um… what show are you talking about exactly?" 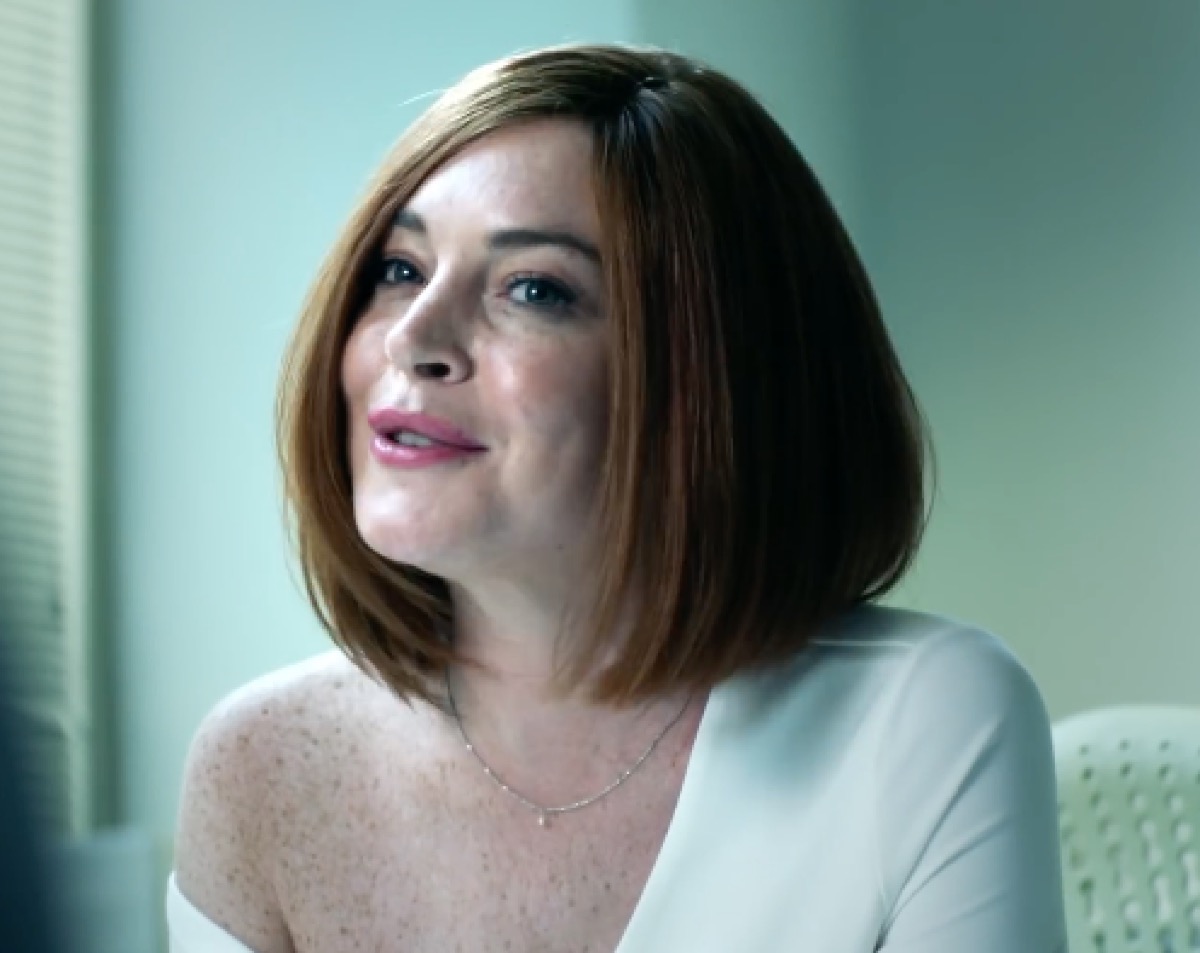 Did you know Lindsay Lohan was on a TV show? And that it starred another one of the world's most famous redheads, Rupert Grint (Harry Potter)? We didn't either!

Sick Note is about a guy (Grint) who thinks he has cancer, so he brags about it to everybody to get their sympathy, but then it turns out he doesn't have cancer. Hilarity ensues… or not.

The mayor of Marseille—played by Gérard Depardieu—is at war with his protégé-turned-rival who doesn't want to open a casino or something and everybody is angry. It's like House of Cards, except in French. Also, it was canceled after two seasons.

5
All About the Washingtons 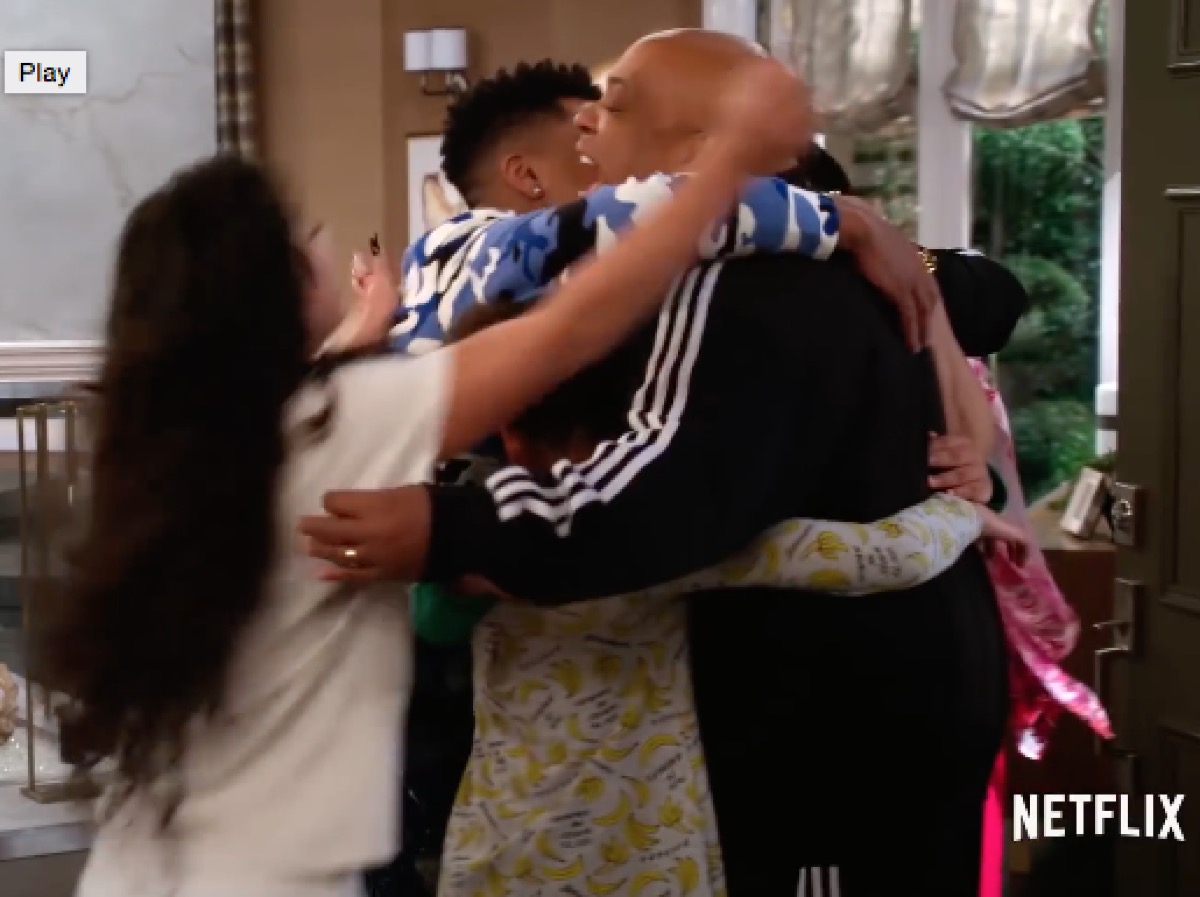 In All About the Washingtons, Joseph Simmons—better known as Rev Run from Run DMC—plays a character based on Rev Run. Apparently, the concept didn't work because the show was canceled two months after its release.

How could a comedy-drama murder mystery series starring singer Josh Groban and Tony Danza playing a guy named Tony for the fifth time in his career not work out, you ask? We wish we had an answer for you. Unfortunately, The Good Cop got the axe in November, also two months after its debut.

Nothing says engaging television like a professional cellist turned amateur detective. No, seriously, that's what Requiem is about. The series follows a classical musician named Matilda Gray (Lydia Wilson) who has impressive bangs and uncovers a conspiracy involving a cult that kidnaps children. According to those critics who watched it, the ending of Requiem's debut season basically doesn't even allow for a second one. Good move.

8
F is for Family

Did you know Oscar winner Sam Rockwell and Emmy winner Laura Dern voice characters on a show that's like That 70's Show merged with King of the Hill, but way less memorable? The third season of F Is for Family was just released in November, so if this piques your interest, dive in.

If you've ever wondered about institutional corruption in Brazil's government, The Mechanism is for you. But if reading about America's own elected officials gives you instant migraines, then this probably isn't the escapist binge you're looking for. The Mechanism was, however, renewed for a second season… so somebody's watching it!

Netflix canceled the show in early 2018, which is not surprising, but definitely sad. We're sure a few people accidentally started watching it thinking it was Napoleon Dynamite. They should have kept watching. Their loss.

This series about a man masquerading as an Iowa preacher failed to get noticed outside the U.S. (where it lived on Netflix) and stateside (where it was on USA Network). The latter made the decision to pull the plug in January, but it lives on Netflix if you care to watch this period thriller. 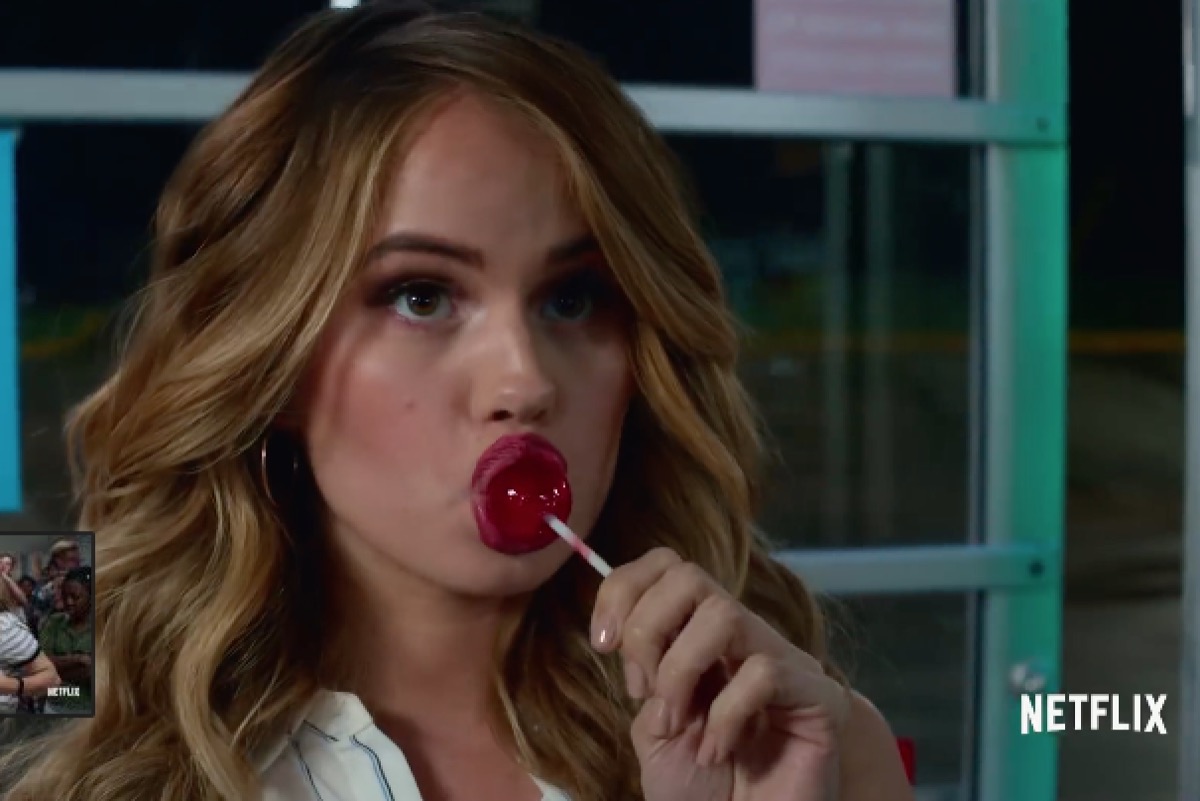 This series is about a formerly overweight high schooler (Debby Ryan) who gets thin from liquid diet and then tries to get revenge on the people who fat-shamed her. The biggest surprise isn't that there's a petition signed by nearly 250,000 angry viewers demanding that Netflix cancel Insatiable; it's that the cringeworthy show was given the green light in the first place. Even more shocking? Another season of Insatiable is coming in 2019. 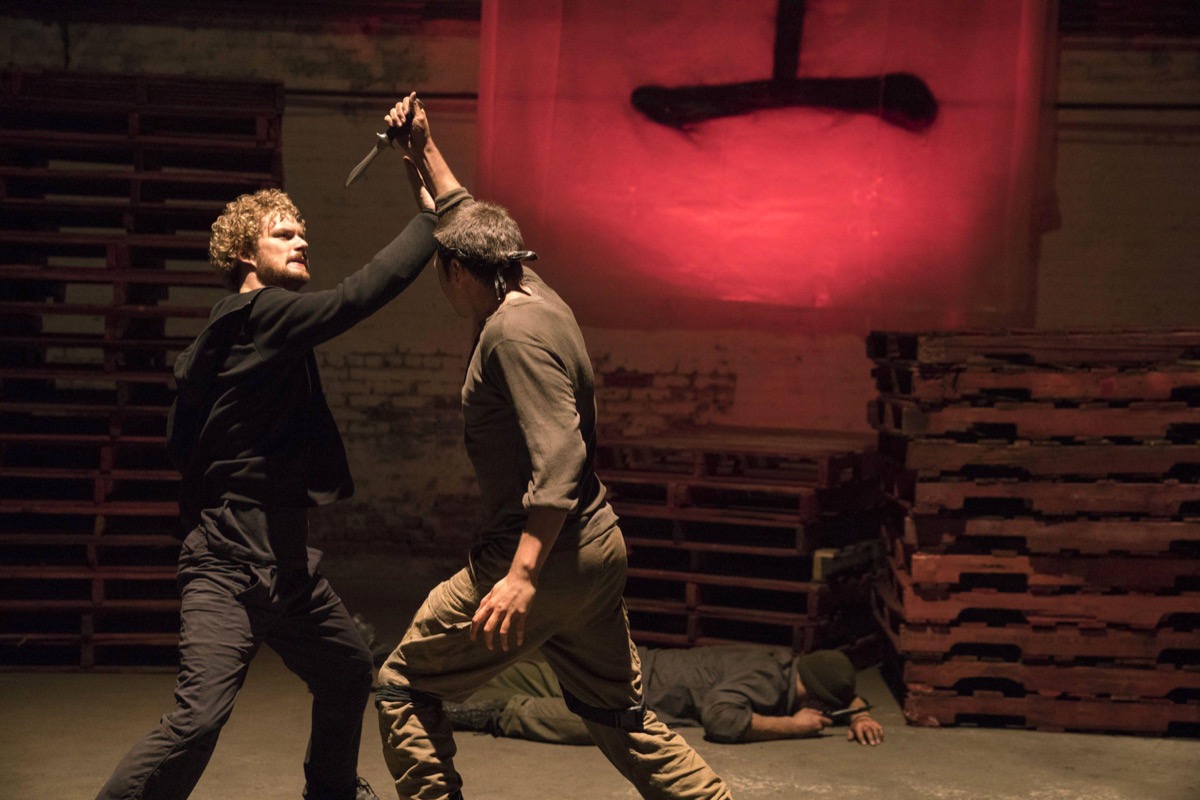 Iron Fist, yet another series in Netflix's Marvel Universe, was hardly as good as Daredevil, Jessica Jones, or Luke Cage. But that's not exactly why the show was a flop. Since it was announced in 2016 that Finn Jones (Game of Thrones) would play the titular martial arts superhero, Iron Fist became the spotlight of a big controversy.

Critics said the comic on which the show is based is filled with cultural appropriation and Orientalism, and many hoped an Asian-American actor would be cast as Iron Fist, otherwise known as Danny Rand. When that wasn't the case, the show seemed doomed from the start. In October, Iron Fist was canceled after two seasons.