Everything You Need to Know About Ikigai, The New Hygge

Meet the next "life philosophy" trend sweeping the globe.

Humans have been around for hundreds of thousands of years, and yet we still haven't answered one of the most crucial questions of existence: how do we make the most of our brief time on this great planet?

One thing that everyone seems to be able to agree upon is the necessity of having a good work/life balance. Since Americans, to say the least, aren't the best at achieving this kind of equilibrium, it's become fashionable to look to other cultures for inspiration. Last year, it was all about hygge (pronounced hoo-gah), a Danish term that the Oxford Dictionary describes as "a quality of cosiness and comfortable conviviality that engenders a feeling of contentment or well-being."

At its most basic, this Scandinavian import encourages you to maximize your existential happiness by taking pleasure in small, cozy pleasures: drinking a cup of freshly brewed coffee, wearing cashmere socks on a cold day, drinking mulled wine by the fireplace while watching the snow fall outside your window, etc.

As nice as it sounds, and popular as it was, a lot of people who actually tried the hygge approach complained that it drove them crazy, as they stressed out about whether or not they had put out the candles they lit in their bedroom and whether or not the trend's emphasis on eating baked goods was making them fat, a move that is decidedly un-hygge. Not to mention that while being cozy is easy enough in the fall and winter, it's not quite as easy to attain in the swelter of summer, and a life philosophy that only works 6 months a year is not ideal.

Perhaps that's why this fall's newest trend for living your best life is ikigai (pronounce ick-ee-guy): a Japanese life philosophy that means "reason for being" (somewhat like the French raison d'etre). If you haven't heard about it yet, don't worry. We've gathered everything you need to know about it right here. And for great more advice on living your best life, follow us on Facebook and sign up for our newsletter now.ae0fcc31ae342fd3a1346ebb1f342fcb In Japanese culture, every person has their own special ikigai, but it takes some soul-searching to figure out what it is. Practically speaking, ikigai is defined as the one true thing in your life that makes it worth living. It's a passion or activity, and the way to live ikigai to the fullest is to indulge in that one thing as much possible. (So if your ikigai is fishing, then fish as much as you can. If it's walking your dog, then do that as much as you can. If it's building complicated computer software, then do that.)

The term itself comes from the compound of two terms: iki, meaning life, and gai, meaning worth, and dates all the way back to the Heian period (794 to 1185). In a 2001 research paper on ikigai, co-author Akihiro Hasegawa, said that "Gai comes from the word kai ("shell" in Japanese) which were deemed highly valuable, and from there ikigai derived as a word that means "value in living."

2
It will make you much healthier. 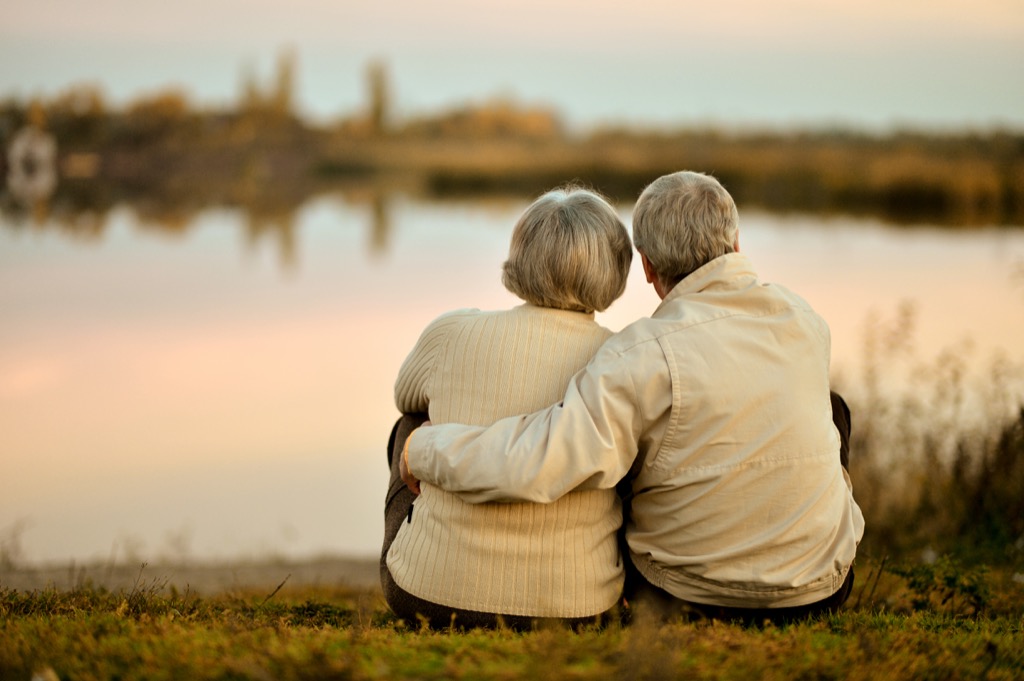 In a 2013 TED talk, author Dan Buettner credited ikigai with the reason that Japanese people live as long as they do. Buettner traveled the world in order to study communities in which people live the longest–areas which he refers to as "blue zones"–and revealed their secrets in his resulting book, Blue Zones: Lessons on Living Longer from the People Who've Lived the Longest. In the talk, Buettner described Okinawa, a remote Japanese island in the East China sea, as "ground zero for longevity" because of the anomalous number of people there who live to be 100.

While a lot of Japanese' longevity can be attributed to a plant-based diet and a respect for the elderly, Buettner also puts a lot of weight on the fact that the Okinawans don't even have a word for "retirement." Instead, they have ikigai, which he describes as "the reason to get up in the morning."

For one of the residents, a mixed martial artist, his ikigai was doing karate. For a 102-year-old woman, it was holding her great-great-great granddaughter in her arms. Buettner explained that, when asked, "What is your ikigai?" every resident there immediately knew the answer.

3
How to Find Your Own Ikigai

Luckily, it doesn't require you to spend a month searching your soul in a Tibetan monastery (though that certainly wouldn't hurt!). Instead, Buettner simply suggests making three lists: one that details your values, another which identifies the things you're good at, and another that describes what you like to do. The overlapping quality in all of those lists is your ikigai.

For me, my ikigai is definitely writing, and certainly it would seem like the key to living an ikigai-filled life is working a job that you're passionate about, as opposed to something that brings you a lot of money and power. And yet, in a 2010 survey of 2,000 Japanese men and women, only 31% of people named their job as their ikigai.

So, if you don't think your job is your ikigai but don't want to drop it either, don't fret! Maybe traveling with the money you make from it is your ikigai. Or maybe it's coming home to your wife and kids and eating dinner with them after a long day.

And if you make the three lists and don't find one overlapping quality, that just means you need to try some new things. Maybe yoga will be your ikigai. Or deep-sea diving. Or drinking fine wine. Or, maybe, just maybe, something hygge.