The 30 Funniest Game Show Moments of All Time

Survey says: You're going to crack up.

If you're under a certain age, odds are game shows aren't part of your daily watching routine. However, if you're not sitting down to classic game shows like Wheel of Fortune and Jeopardy on a regular basis, you might be missing out.

Since the very first game show hit the air in 1940, game shows have been providing a much needed—and often hilarious—distraction for their audiences. Think your sense of humor and game shows don't jibe? These 30 hilarious game show moments might just prove you wrong. And when you're in the mood for another good laugh, try making these 30 Hilarious Words for Everyday Problems part of your regular vocabulary. 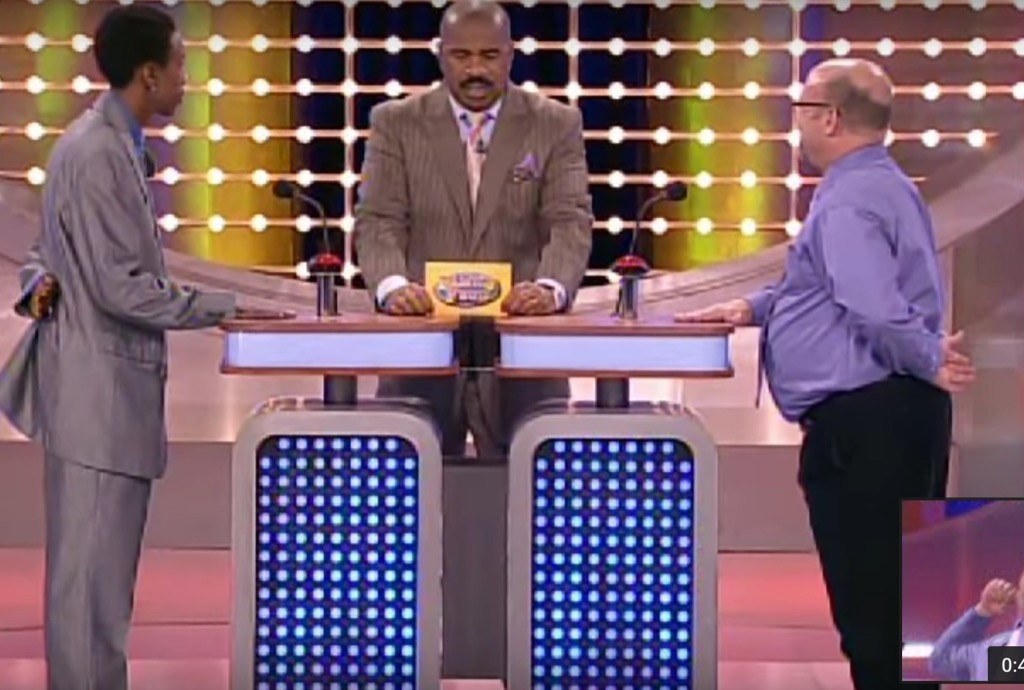 This Family Feud contestant wasted no time in telling Steve Harvey that burglars might be shocked to find a naked grandma in someone's home. 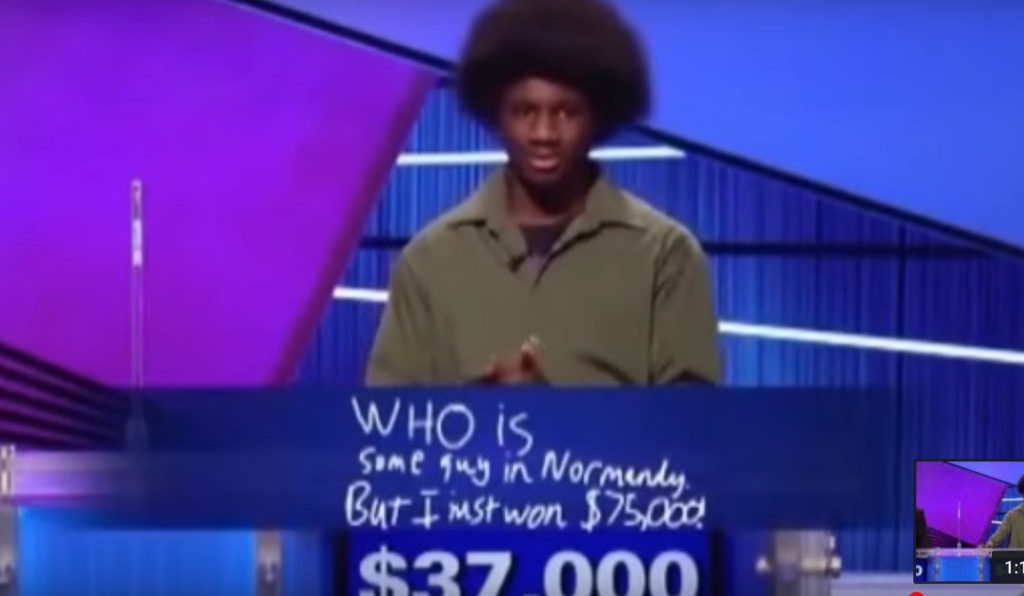 This precocious teen on Jeopardy may not accurately identified the speaker of a military quote, but he made sure to get it wrong with aplomb. And he won $75,000 anyway! And when you need a good laugh, the 20 Things Everyone Secretly Finds Hilarious have got you covered. 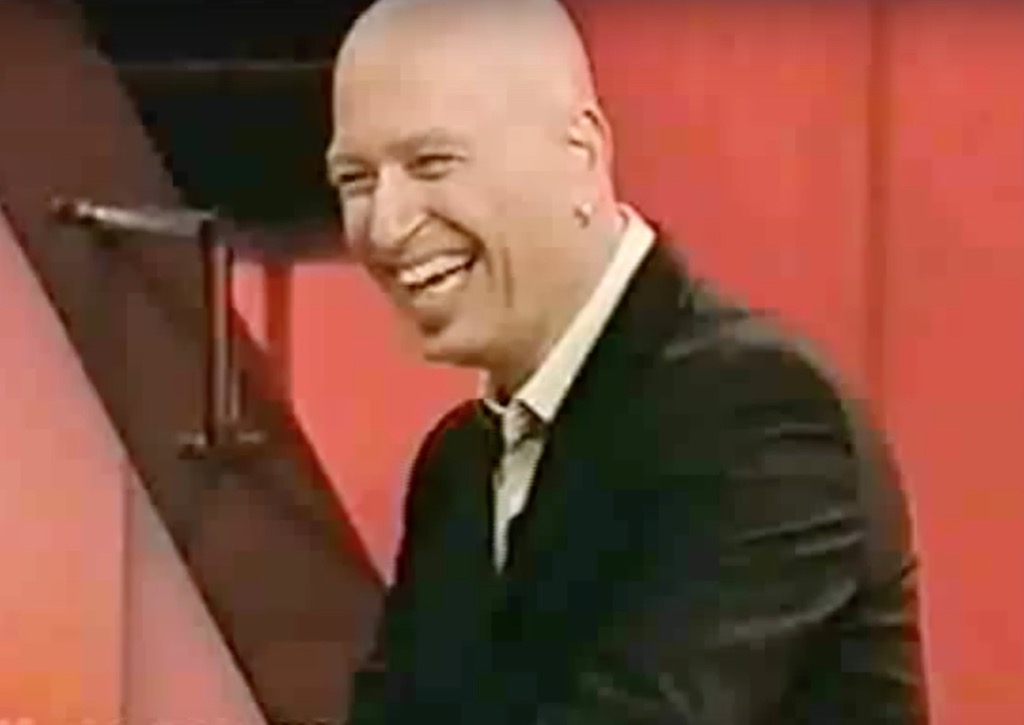 When Howie Mandel announced that a contestant was taking home what was behind a stage prop on Deal or No Deal, this confused contestant thought he meant Chrissy Teigen. And speaking of Deal or No Deal, do you know which soon-to-be-British-royal used to be a suitcase model on the show? You guessed it! Meghan Markle.

4
The Prince of Love 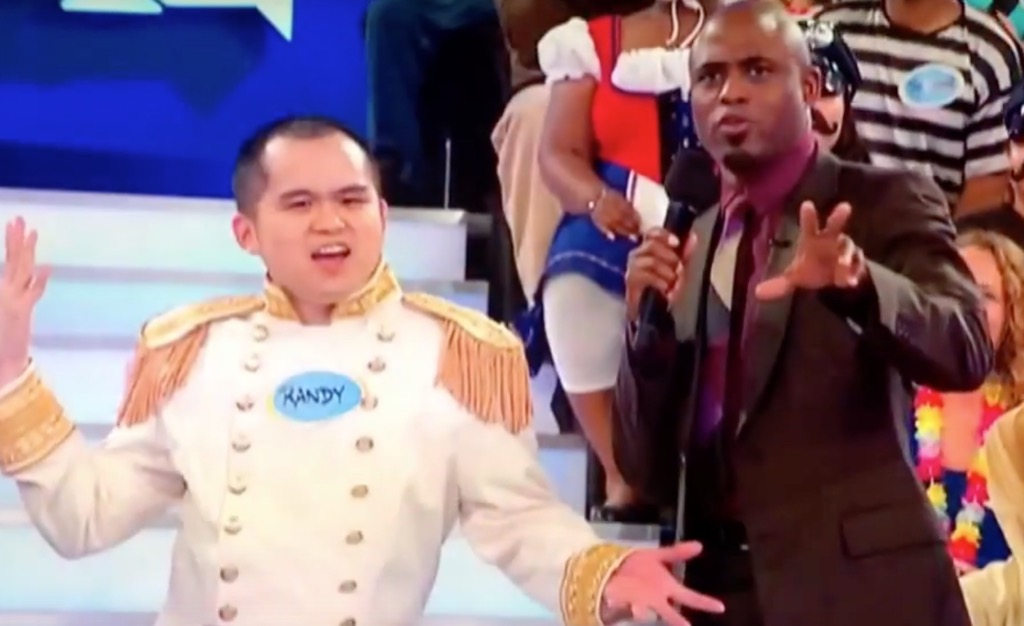 Host Wayne Brady wasn't exactly won over by this Let's Make a Deal contestant—AKA the Prince of Love—or his offers to strip down. 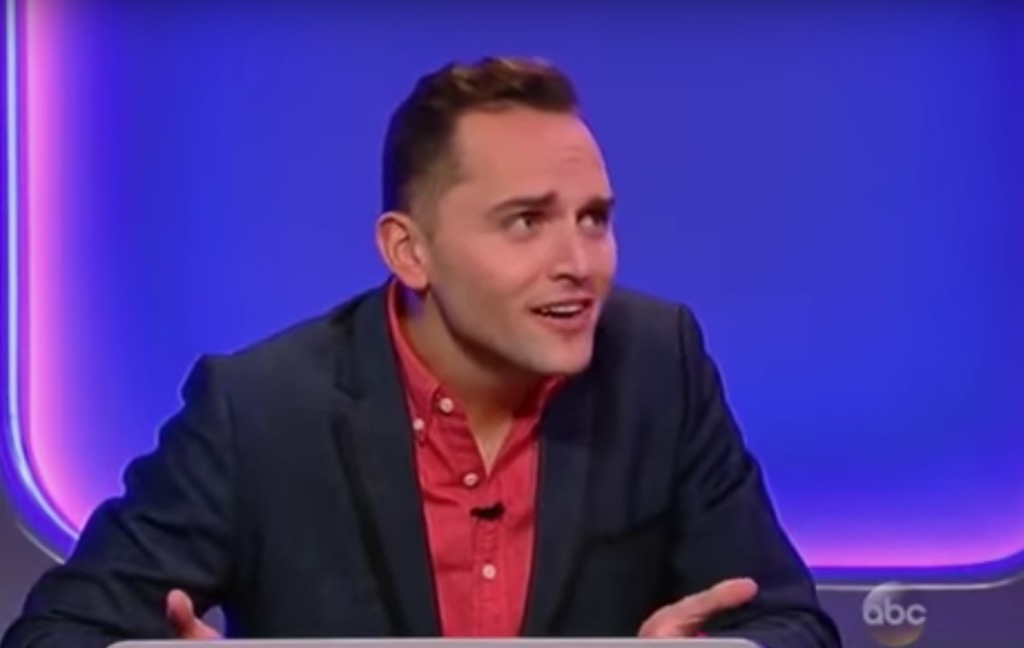 When asked what he would need if he found himself on a desert island with Scarlett Johansson, this Match Game contestant answered, "More hair!" And for more silly fun, don't miss these 40 Facts So Funny They're Hard to Believe. 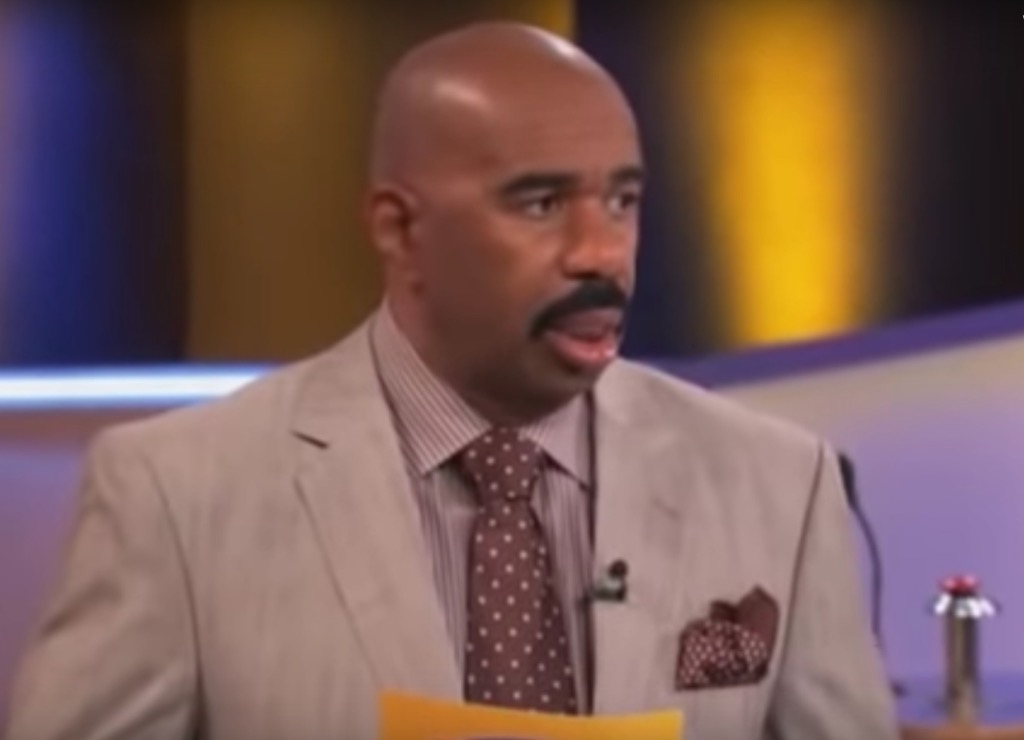 When Steve Harvey asked Family Feud contestants to name something that follows the word "pork," we're guessing he was thinking of "chop," and not "upine," which was one creative contestant's answer. And for more on the weird things we say, here are the 40 Lies Everyone Tells on a Daily Basis. 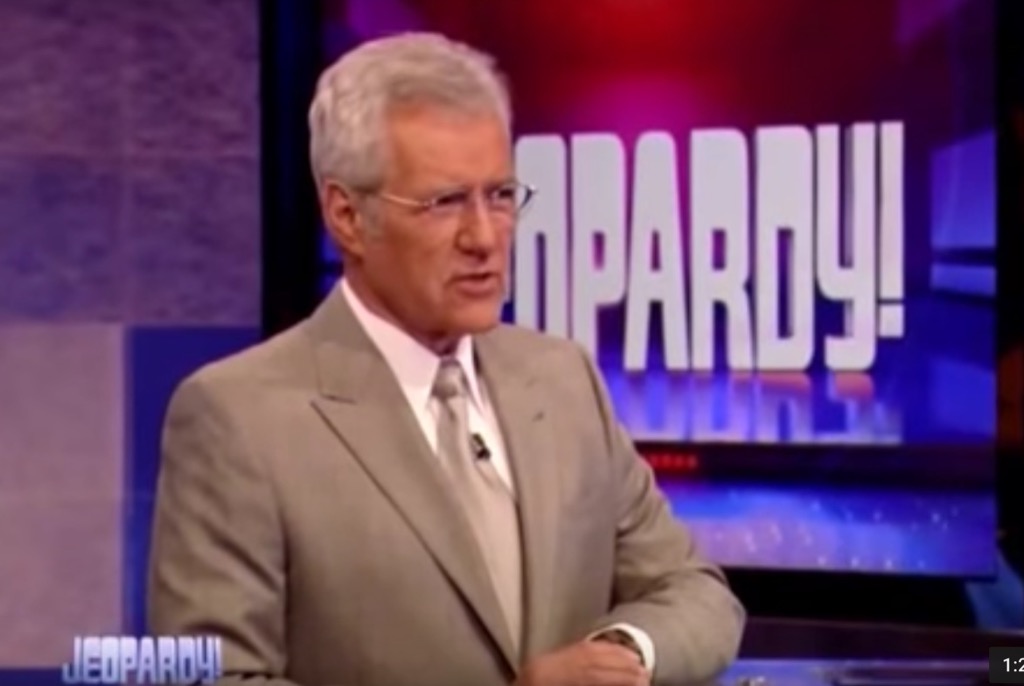 Alex Trebek got owned when he tried to pry a little too deeply into the death of a contestant's pet goat. Think that's side-splitting? These 50 Puns So Bad They're Actually Funny will crack you up, too. 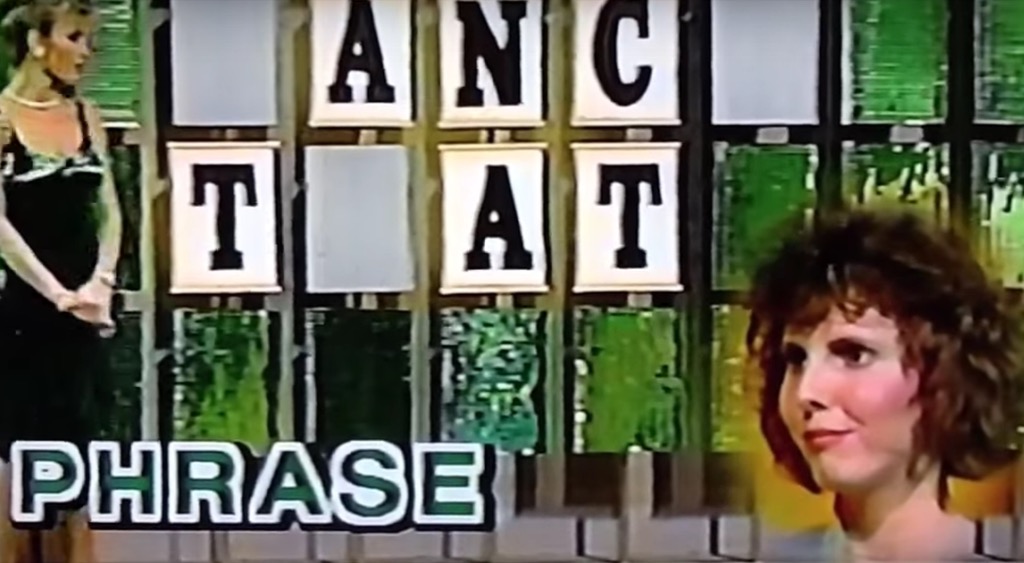 This woman gave Wheel of Fortune host Pat Sajak an X-rated guess for a common phrase, but sadly, euphemisms for vagina rarely make it onto game shows.

9
This Lesson from Steve Harvey 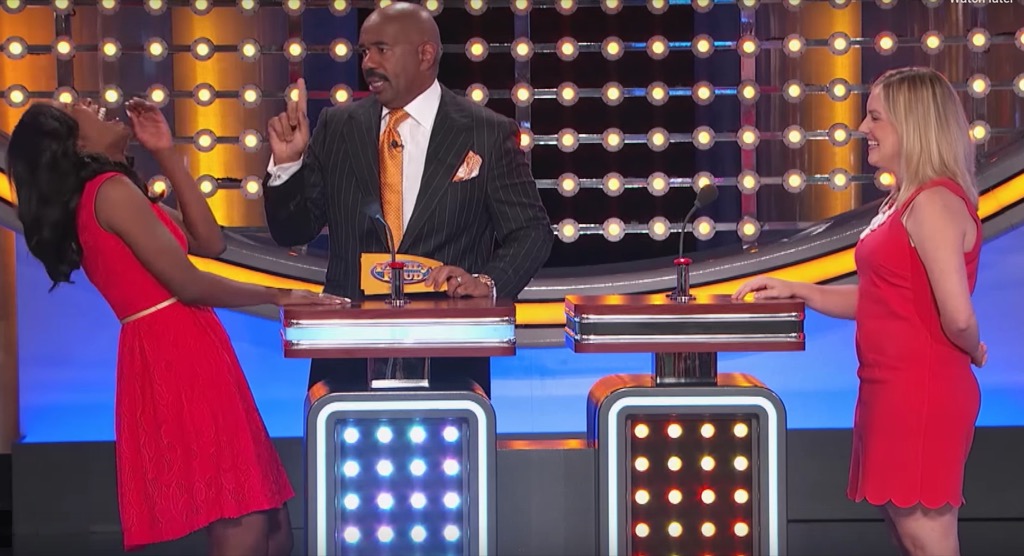 After this woman answered that someone might not want to kiss another person if "their breath stank," Steve Harvey laid down the law about this Family Feud contestant's slang.

10
This Strange Kind of Love 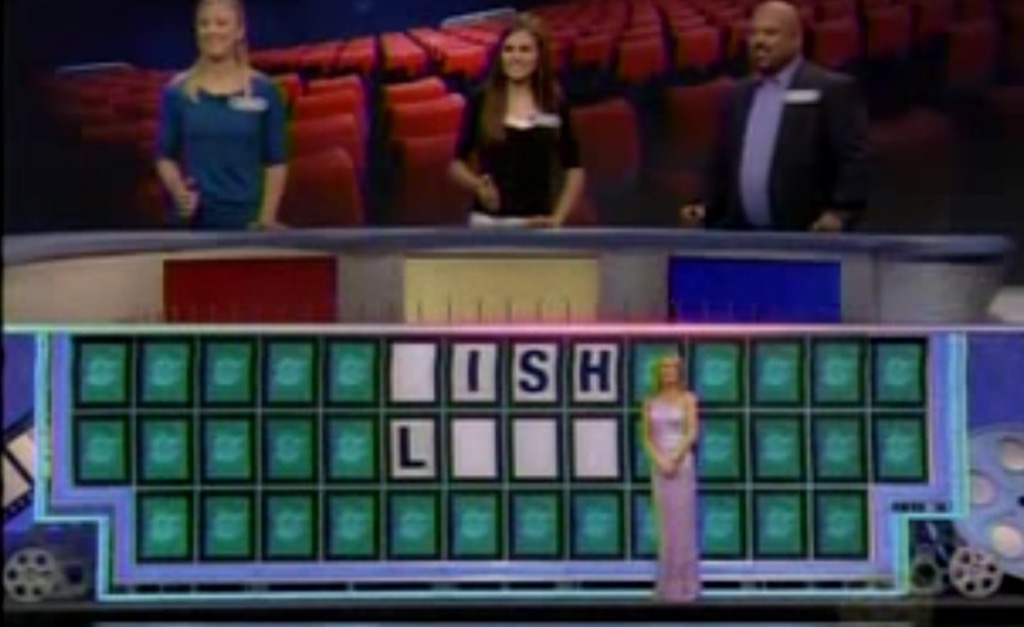 This gentleman thinks that gravy is something people pour on themselves, an answer that nearly killed Steve Harvey. 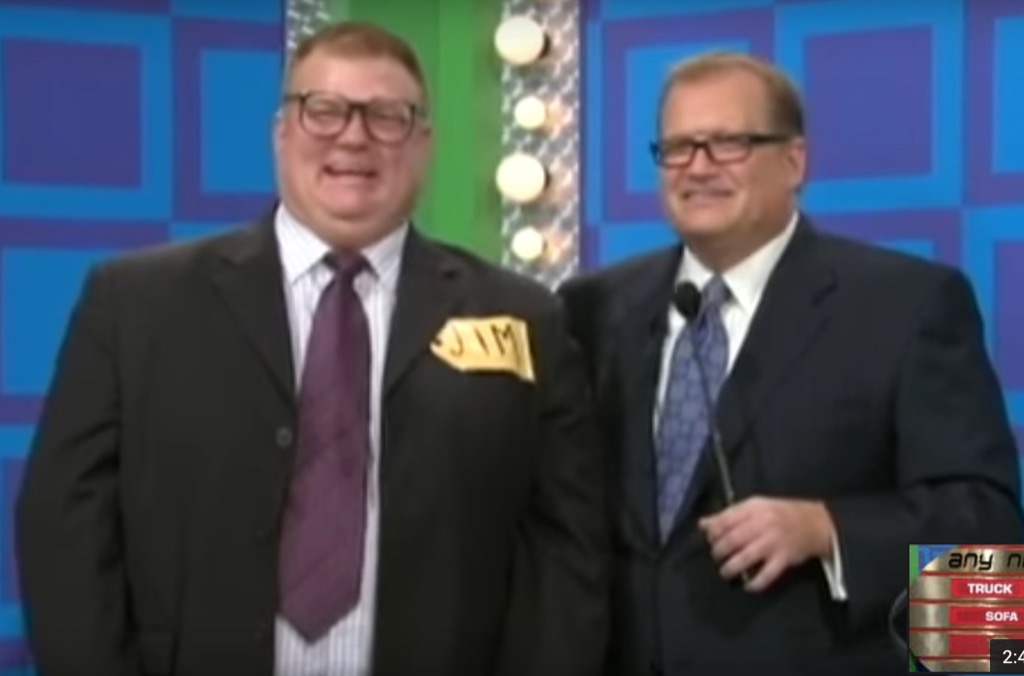 Drew Carey wasn't exactly pleased to see his clone on The Price is Right, whom he described as looking like himself "on a bender." 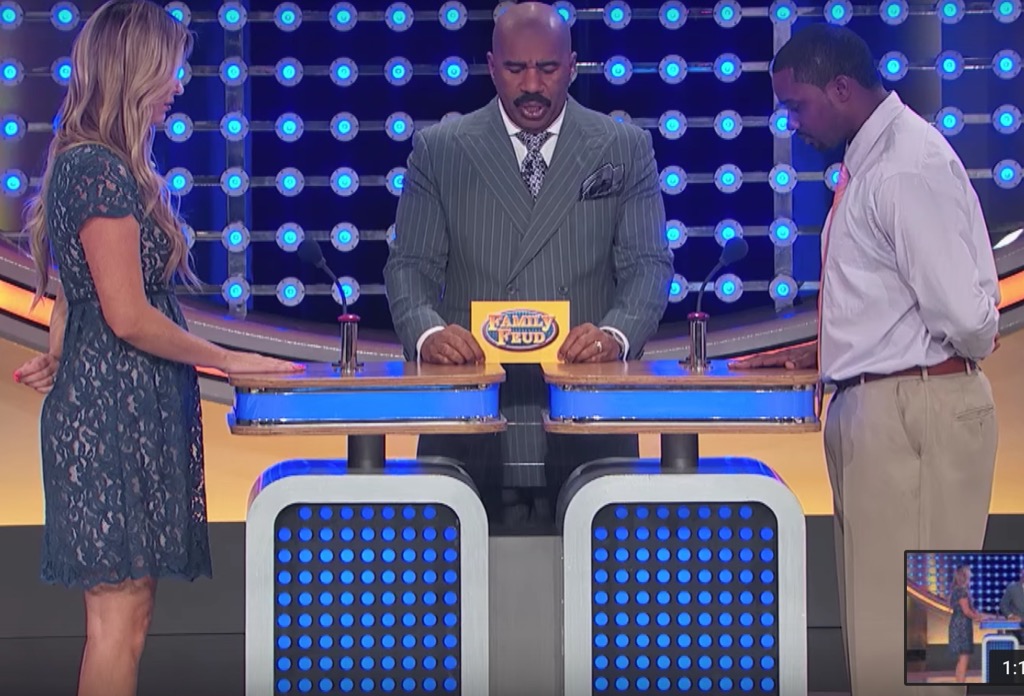 This woman has clearly heard some tall tales about certain celebrities. And yes, it's one of the 20 Craziest Celebrity Rumors of All Time! 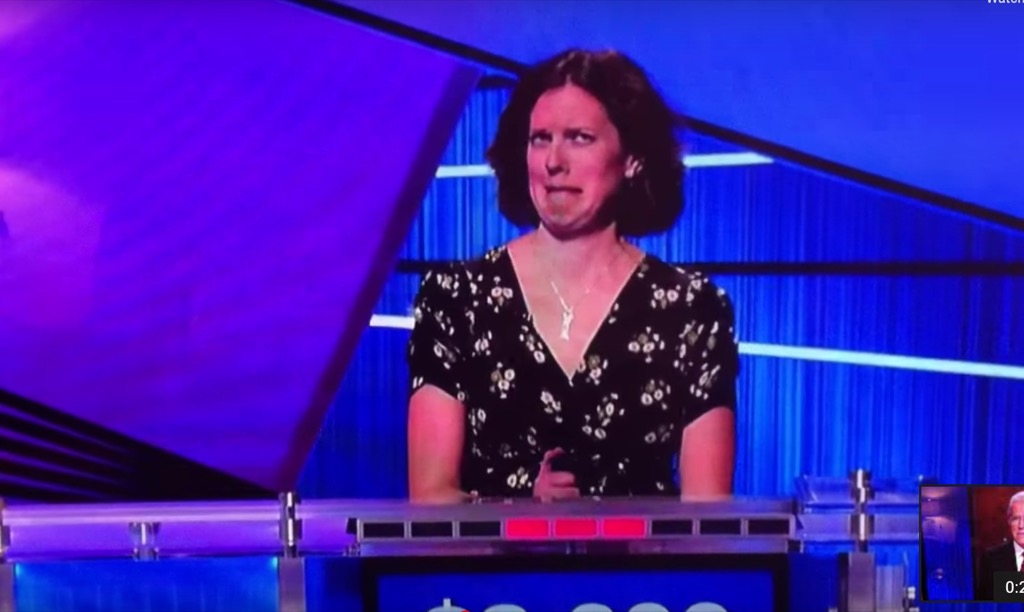 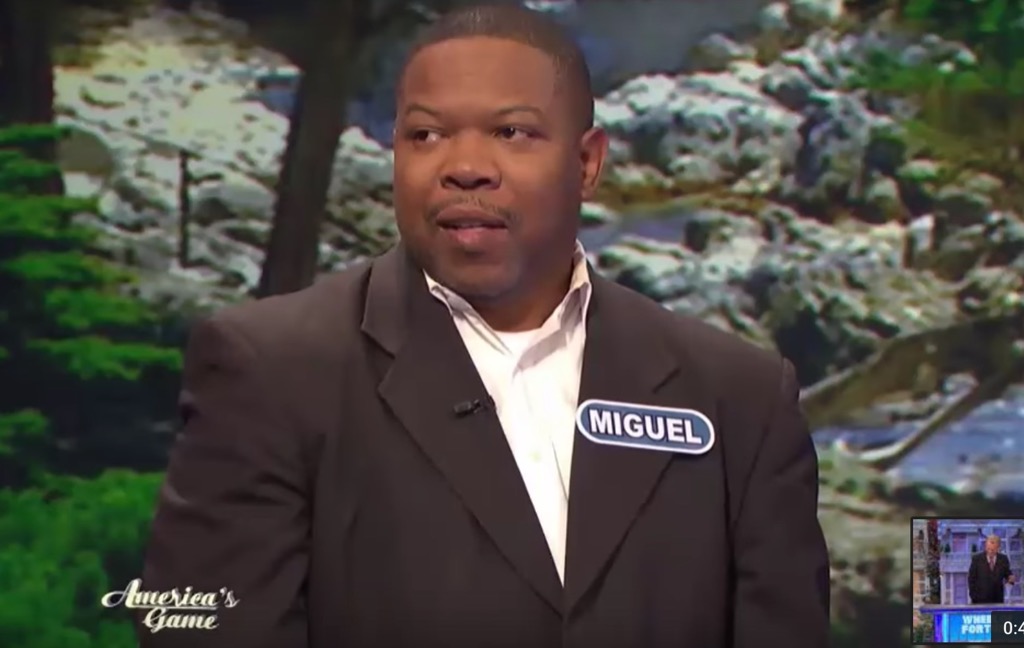 This Wheel of Fortune contestant's unusual story of meeting his wife—"she was the only thing alive" at a funeral—left host Pat Sajak in stitches. 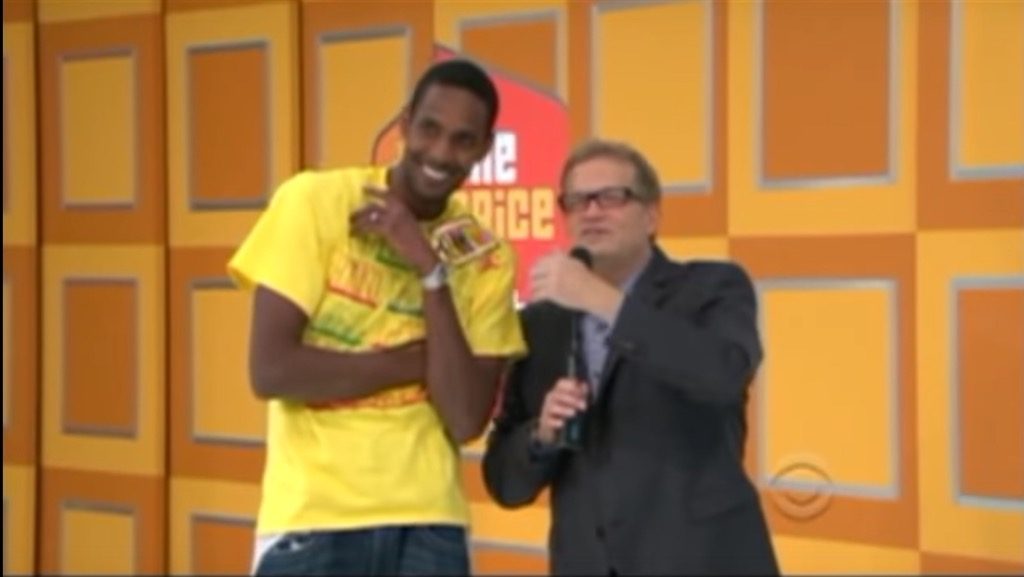 This contestant on The Price is Right was so thrilled with his winning guess that he stole the show. "My name is Kenny, and I've been making wrong decisions my whole life," he announced before another fortuitous guess. Fortunately, Drew Carey and the audience loved his infectious enthusiasm. 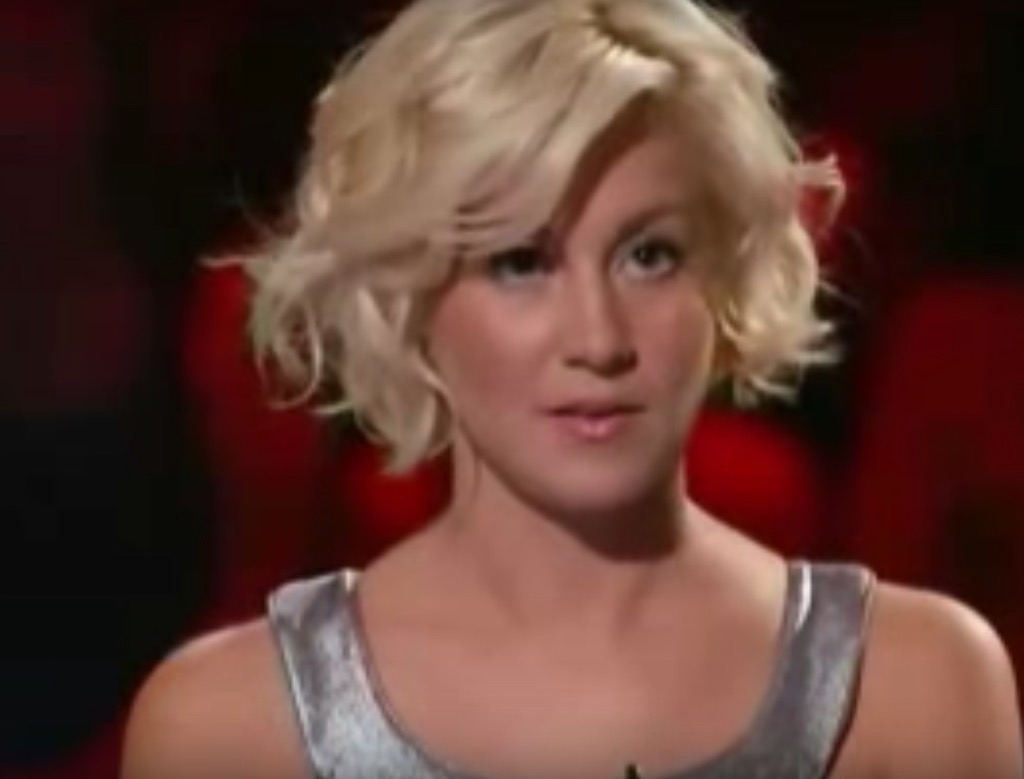 When someone starts a sentence with, "I don't think France is a country," you know it's going to be good. Unfortunately, that wasn't a great answer to "What is the Budapest the capital of?" Sorry, Kellie Pickler. 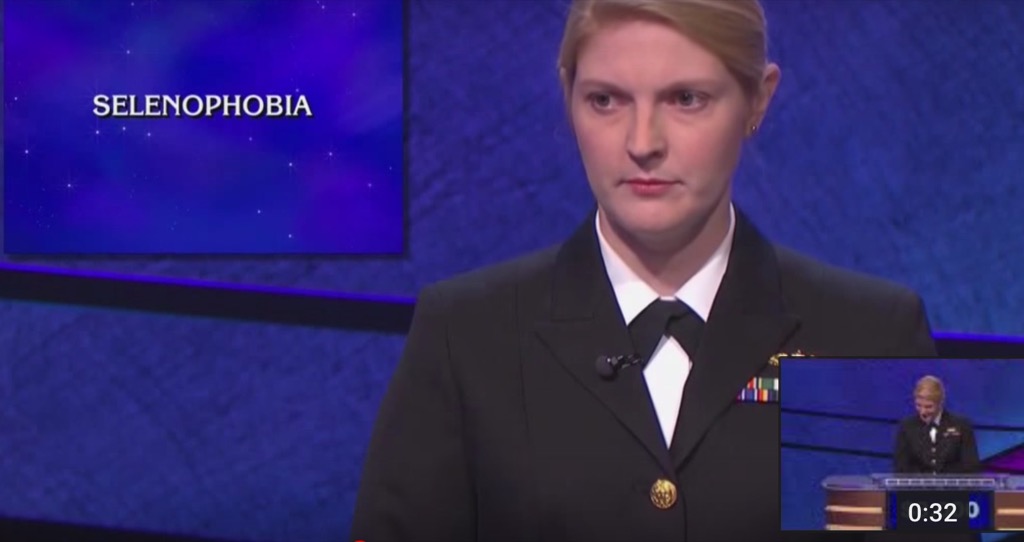 This Jeopardy contestant, who claimed that selenophobia was fear of Mexican music, may have been wrong, but at least she cracked up Alex Trebek. Need a little more humor in your life? Check out these hilarious 90 phrases no one uses anymore. 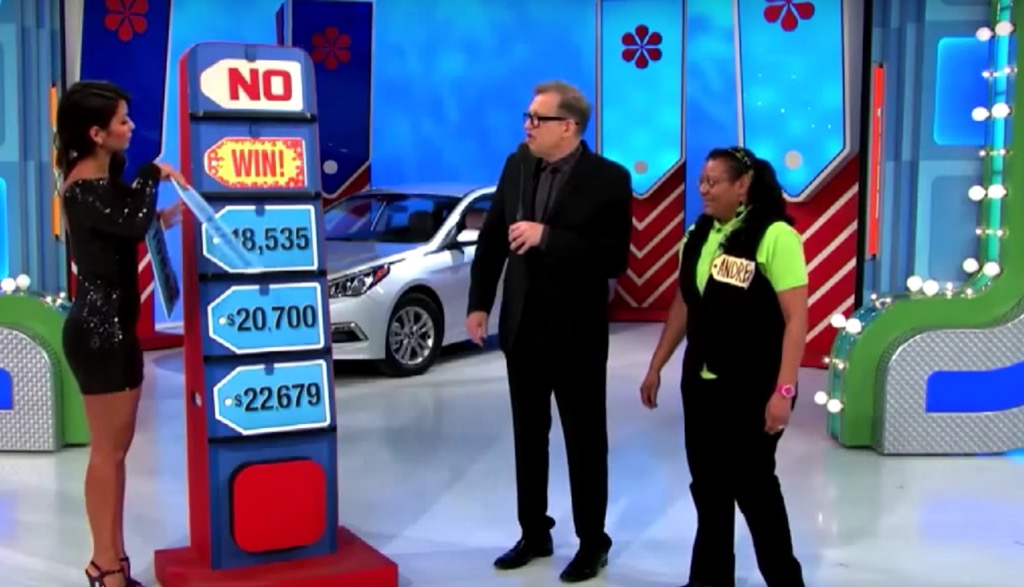 This Price is Right blooper, in which the hostess accidentally removed too many price tags and gave away a free car, is pretty amazing for the contestant and the audience. Let's just hope she got to keep her job. 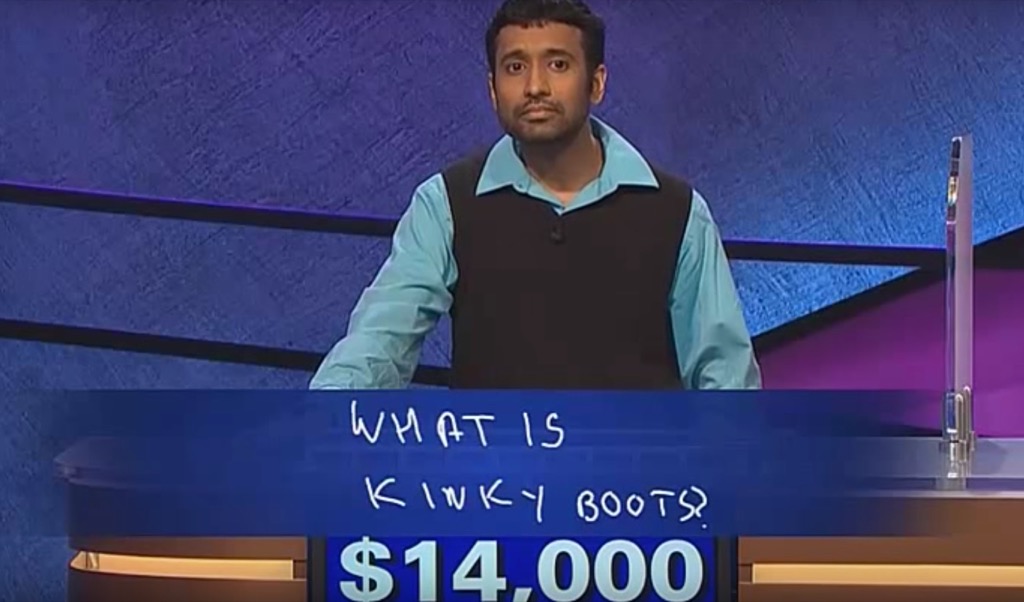 When asked about a hymn that's also the name of a Broadway show, this Jeopardy contestant answered, "What is Kinky Boots?" 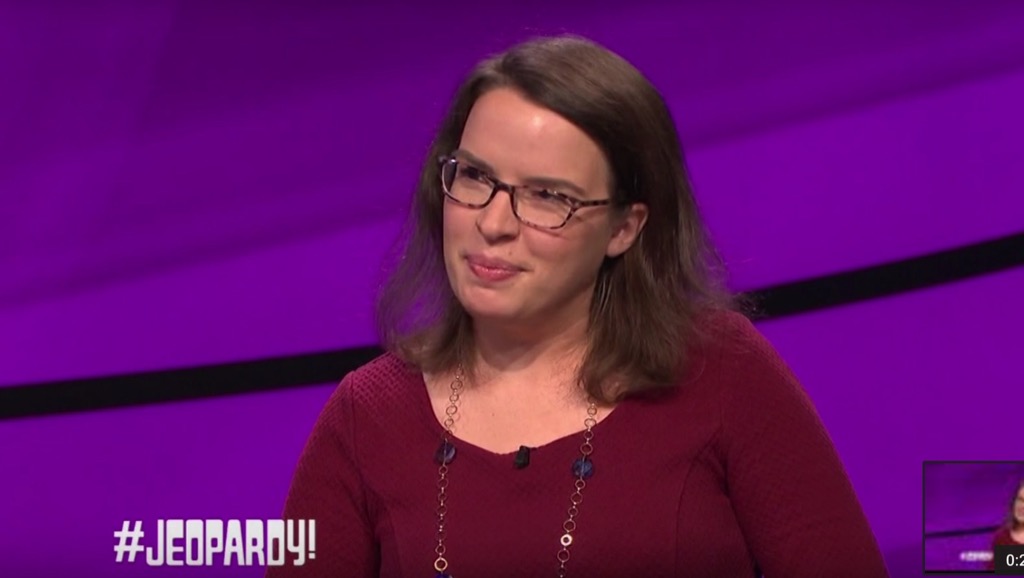 Alex Trebek didn't mince words when he called this fan of nerdcore hip hop, and those like her, "losers." 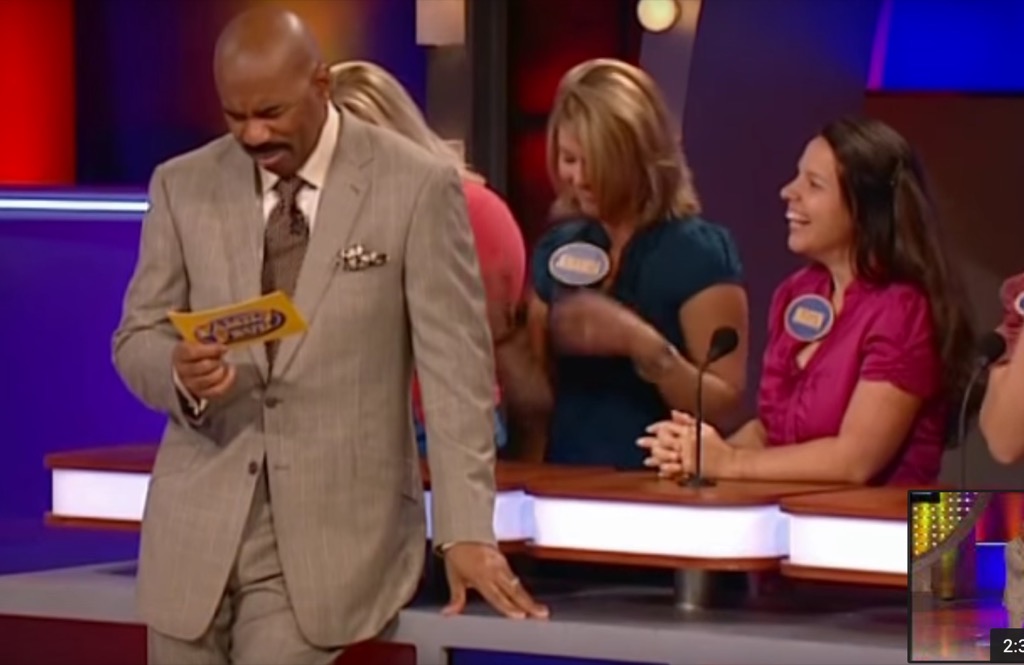 Steve Harvey looked less-than-pleased when this pastor's wife answered "sperm" to this question. 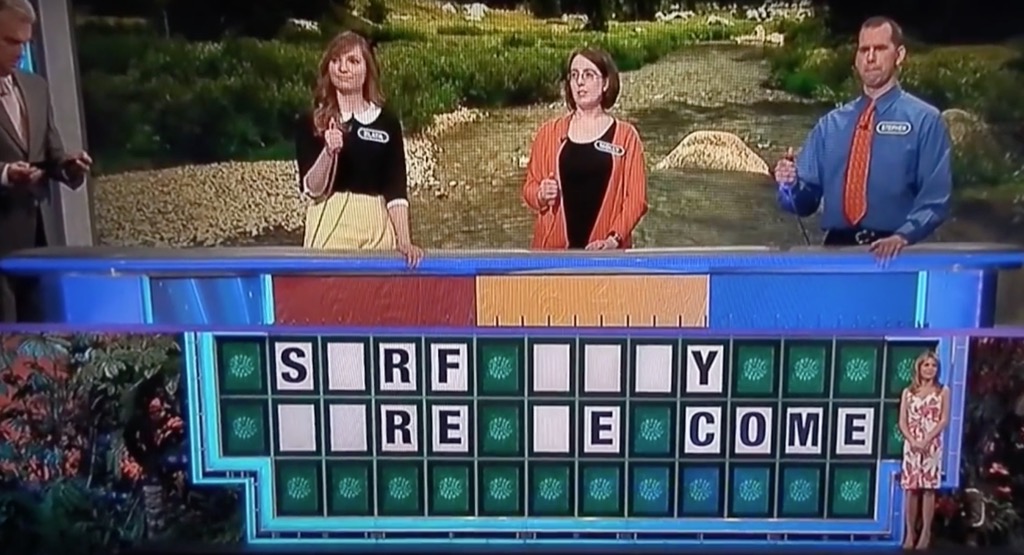 Even though some of the words are already spelled out, this Wheel of Fortune contestant guessed the confusing phrase "Surf clay where we go" for this puzzle. 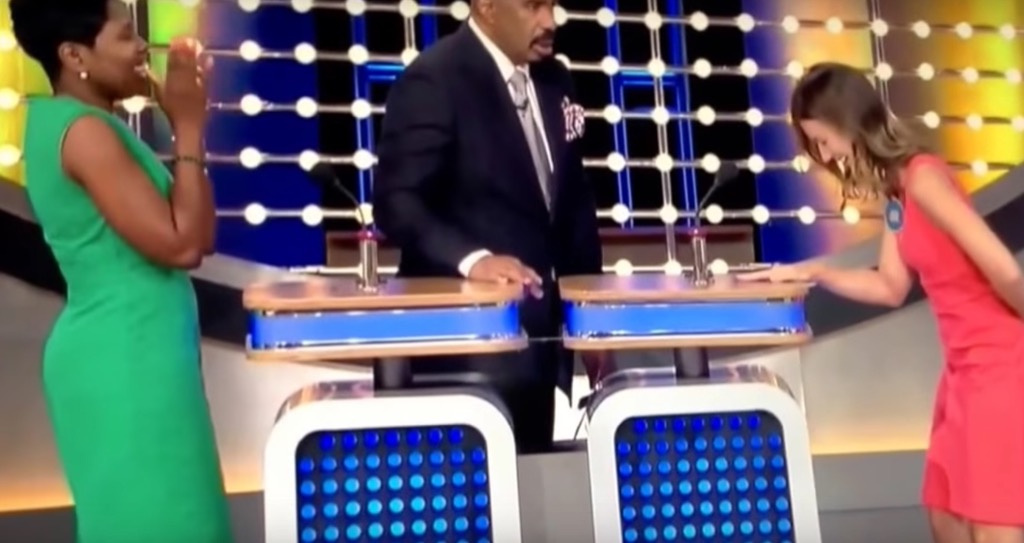 The Family Feud set turns into a hostile workplace for Steve Harvey in this hilarious clip, when a contestant responds "your penis" when asked what things you pull out. 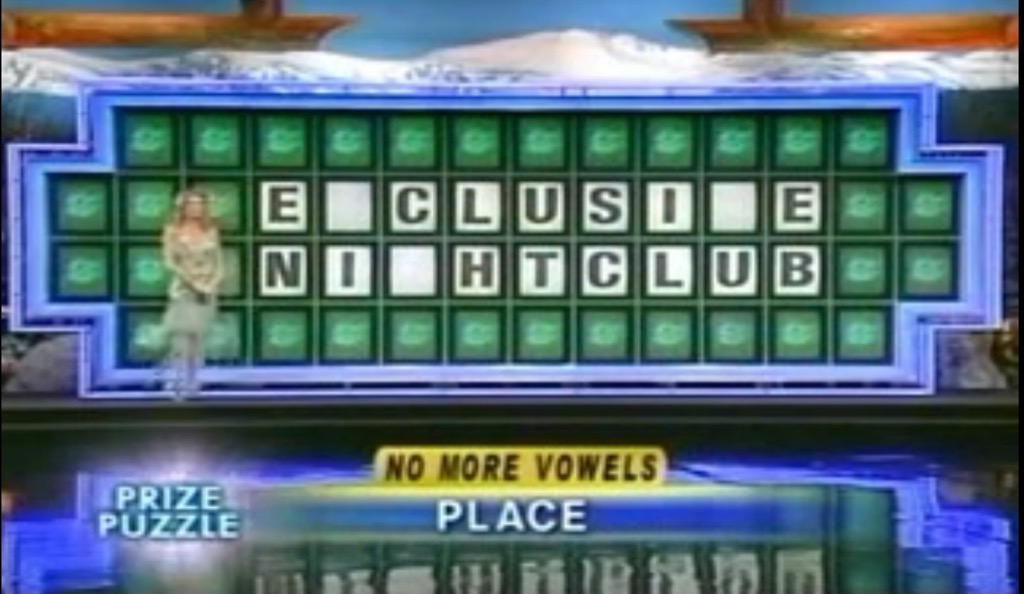 This woman's poor spelling thinks a K is the final letter in the phrase "exclusive nightclub."

26
This Case of Mistaken Identity 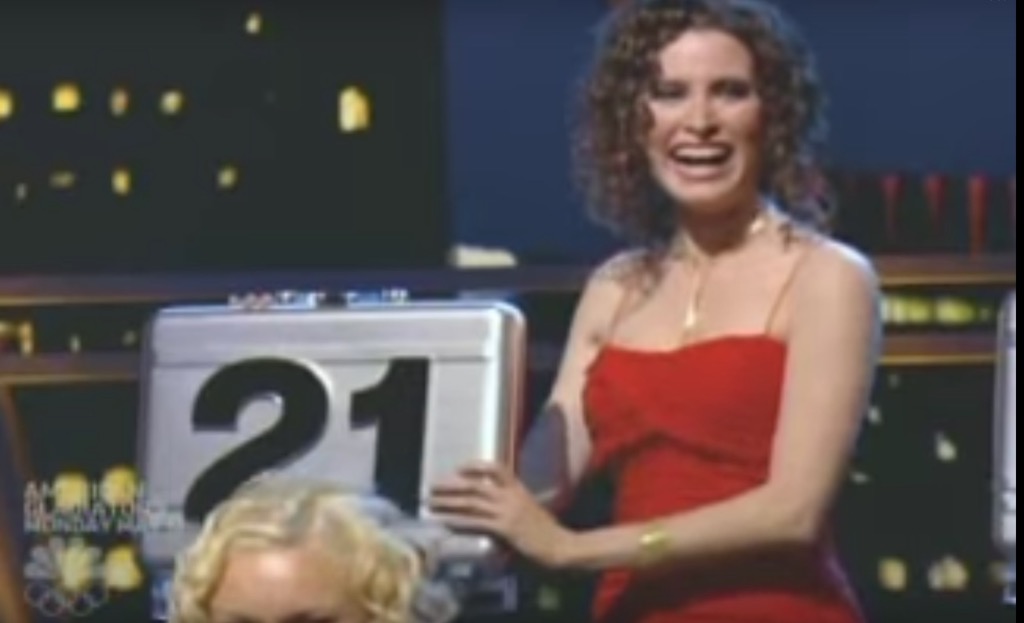 This woman is so caught up in the game show antics that she doesn't realize her own sister is holding the case on Deal or No Deal.ae0fcc31ae342fd3a1346ebb1f342fcb 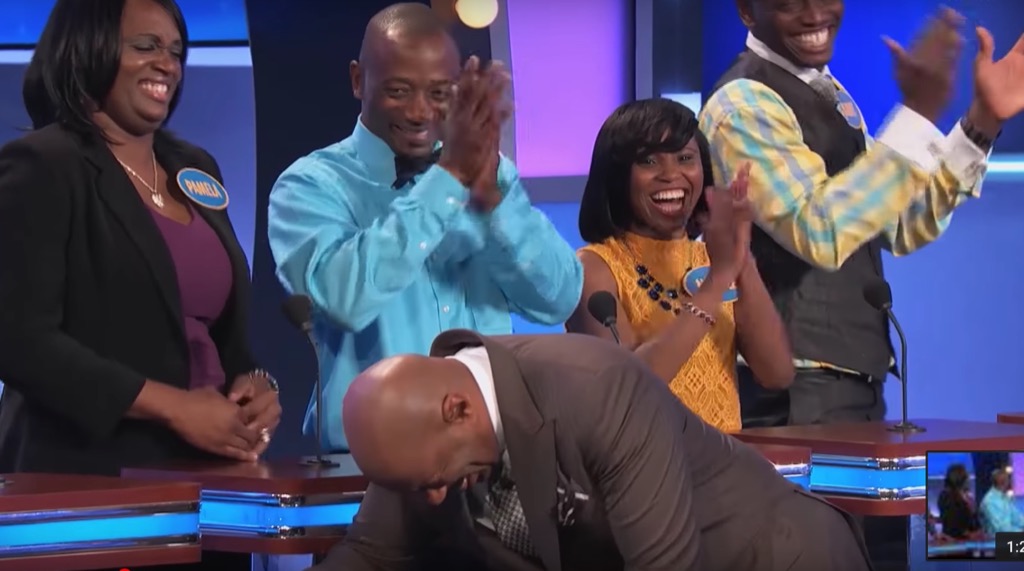 This Family Feud contestant has some interesting ideas about where it is or isn't appropriate to disrobe, telling Steve Harvey that stripping down in the shed is totally normal. 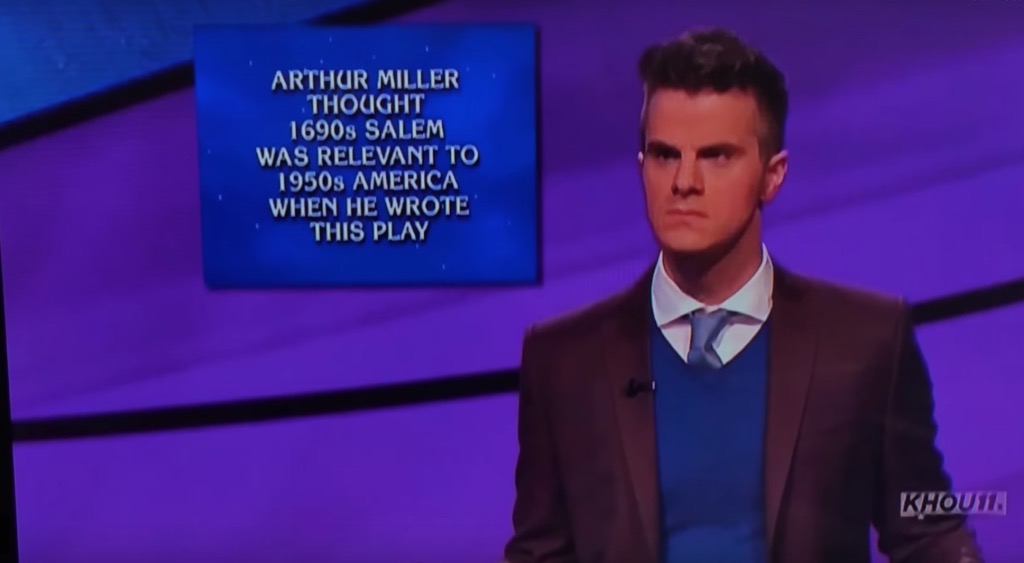 This Jeopardy contestant's Z-snaps over guessing The Crucible, are nothing short of amazing. 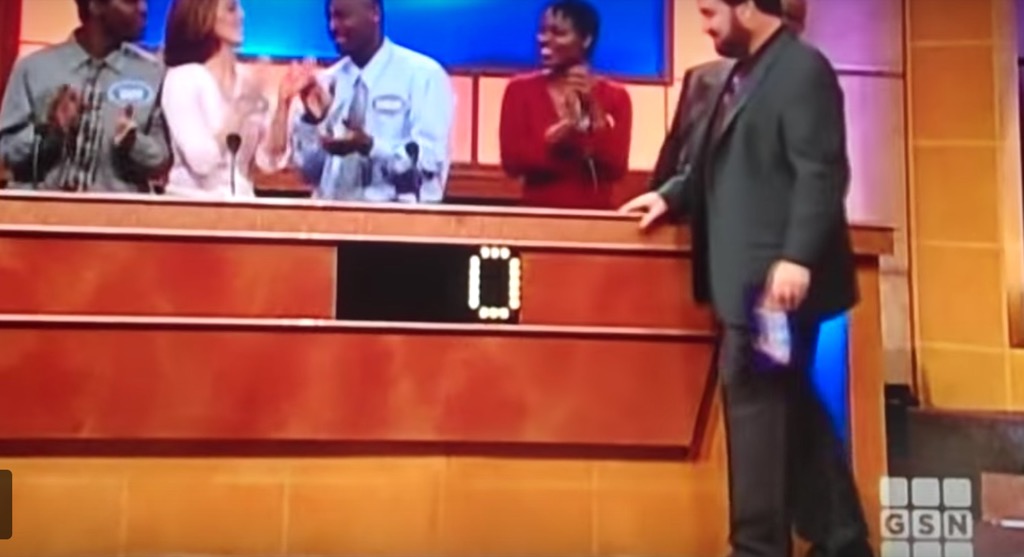 This guy, who thinks that hamsters lay eggs, might want to crack open a science textbook. 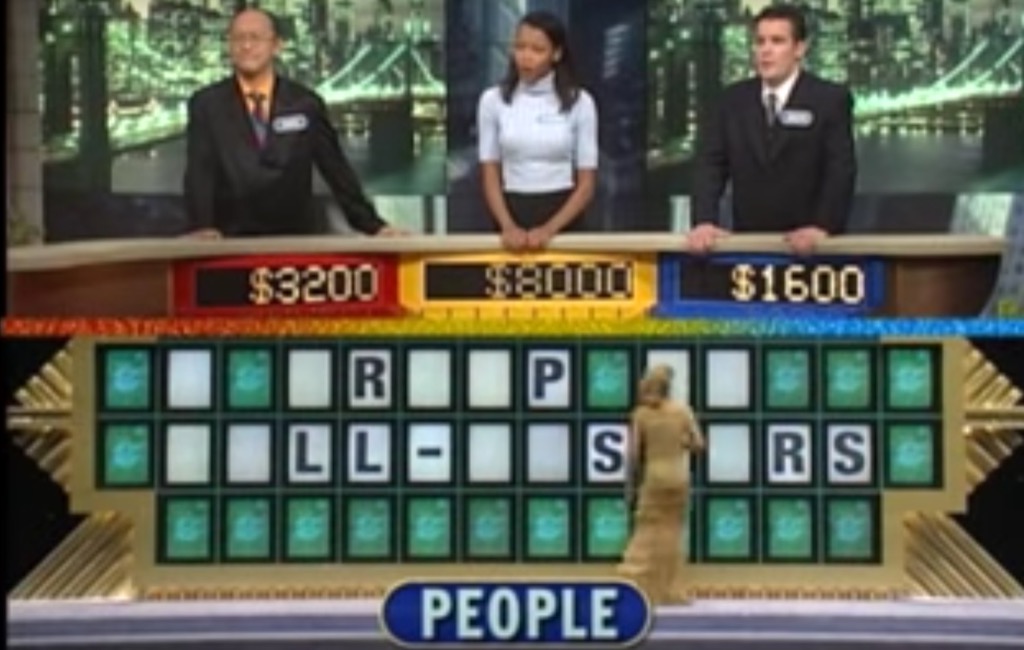 This Wheel of Fortune contestant had an interesting response for what was supposed to be "a group of well-wishers." His reply? "A group of pill-pushers." Think that's hilarious? You'll be in stitches over the 75 Jokes That Are So Bad They're Actually Funny!

Sarah Crow
Sarah Crow is a senior editor at Eat This, Not That!, where she focuses on celebrity news and health coverage. Read more
Filed Under
Funny • TV
Read This Next
Latest News
Read This Next