When you need a calm night in or a word of advice, turn to these laid-back folks.

Longing for a pal who enjoys a cold beer and a football game as much as you? Looking for a practical colleague to work with on a project? Need a levelheaded friend to offer some sound advice? In any of these scenarios, you'll want to avoid anyone who's too high-strung or pretentious. And to find the more laid-back folks, you may consider turning to the stars. According to astrologers, these are the six most down-to-earth zodiac signs, from relatively low-key to seriously unassuming and sensible. Read on to see who's made the list.

READ THIS NEXT: The Most Insecure Zodiac Sign, According to Astrologers.

Capricorns might seem like a surprise because they're so driven, but that doesn't stop them from being easy to talk to and extremely helpful in the workplace. Since their main goal is to succeed, they will be a bit demanding, but they'll also remain rational in their approach to assisting others, explains Stina Garbis, an astrologer at Psychic Stina.

Outside of the office, Capricorns are great confidants who will never share your secrets. They're reliable in all aspects of life, so if they tell you they're going to do something or be somewhere, they'll always get it done or show up on time.

Much like Capricorns, Virgos like everything a certain way, so much so that they're considered the perfectionists of the zodiac. But they tend to only put pressure on themselves, not others. "Virgos are another earth sign, and as you would expect, tend to be practical and rational," notes Garbis.

Because they're so organized and thoughtful, Virgos have "no interest in showing off," according to Tara Bennet, astrologer, clairvoyant, and spiritual coach at Mediumchat. She says they're "modest to a fault" and would much rather blend into the crowd than stand out. This means that they'll also be good listeners and will always remember what you've shared with them.

READ THIS NEXT: The Most Emotionally Unavailable Zodiac Sign, According to Astrologers.

Cancers are introverted homebodies. "These shy crabs prefer to hide in their shells than be in the spotlight," says Bennet. "It's not that they are recluses, it's simply because they dislike show-offs or attention seekers." In turn, they're often soft-spoken and happy to let others have their moment to shine.

These characteristics make Cancers incredibly dependable and loyal friends. They'll always be there to listen, offer advice, share a kind word, or cook you a cozy meal if you're feeling down. They know what's really important in life, and they're laid-back enough to share that with those they love. 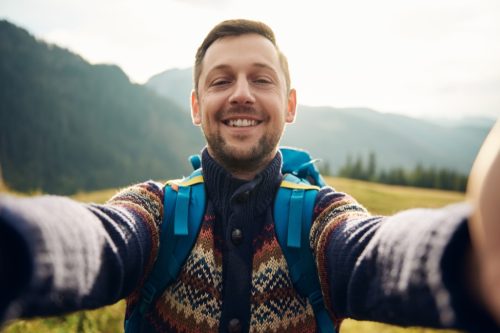 Aries are incredibly independent, so they don't need to rely on other people for anything. This gives them a certain confidence that makes them appear approachable and low-key. Sure, they might have a bit of a temper, but they don't get bogged down with what others think or the mistakes they make.

"Although they are impulsive and will speak what's on their mind, they tend to be very down to earth in the respect that they understand what needs to be done and will always get the ball rolling when other people are stalling," Garbis says. If you're working on a project and need a helping hand, an Aries will assist without any pretensions.

For more astrology delivered straight to your inbox, sign up for our daily newsletter. 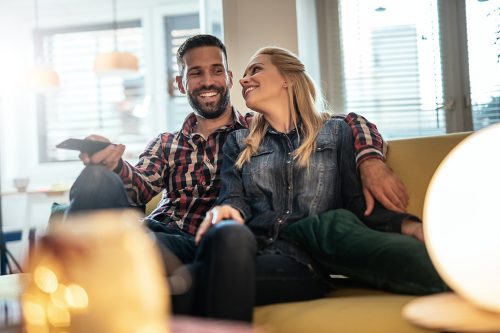 Libras are best known for being well-balanced, which makes them extremely levelheaded people. Symbolized by the scales of justice, this sign can always see both sides to a situation and can remain calm and act as a moderator. This helps them "keep others in check," says Garbis.

If you're feeling tired and want a relaxing night, ask your Libra friend to hang out. And if you want some drama-free guidance, they're the ones to go to. If you happen to get worried that a Libra in your life is not having fun or is upset, it's just that they often appear restrained because they're busy taking in what's happening around them.

This fixed earth sign has a reputation for being incredibly down-to-earth. Garbis describes Tauruses as "stable and secure," so, like Libras, they give excellent input because they don't react rashly and always think before they speak. Yes, they are the stubborn bulls of the zodiac, but that's all the more reason they'll have the backs of those they value.

Taurus also gets a reputation for being a bit materialistic and picky when it comes to designer duds or five-star restaurants. But this is the exception not the rule for them. They work hard so they can enjoy nice things. At heart, they are "homebodies and lovers of routine," says Bennet. They're the perfect friend to curl up and watch a movie with (and they might just provide some artisanal popcorn).