Learn the truth behind the Super Bowl of online shopping.

In just a few years, the first Monday after Thanksgiving weekend has become a bona fide institution in its own right. Known as Cyber Monday, consumers from sea to shining sea power up their computers and smartphones to take advantage of serious discounts on everything from shirts to smart TVs. It's essentially Black Friday—but with the comfort of pajamas and a couch.

But, while most might feel pretty good about the serious bargains, the fact is that retailers slyly have the upper hand. Whether it's through clever fine-print return policies or tricky "deals" that aren't actually deals at all, shopping carelessly on Cyber Monday might actually result in you spending more than you would on a regular ole day. Here's what to look out for.

1
Deals are nearly impossible to find in advance.

Retailers don't want to—nor can afford to—take away the spotlight from their Black Friday deals. As such, consumers lose the opportunity to research where the best deals are prior to the event, more likely resulting in shoppers making a snap decision or three rather than a well-informed one and snagging the best deal possible. It's sneaky, but it works.

Fact: it's far more convenient to shop online, in your PJs, curled up on your couch, than it is to frigidly wait in line at the crack of dawn with a bunch of other grumpy shoppers. However, Adobe System Inc.'s 2014 Digital Index Online Shopping Forecast predicted that the average discount on Cyber Monday would be 20 percent, compared to Black Friday's predicted 23 percent discount, so the deals aren't that much better.

3
Deals on TVs aren't all they're cracked up to be. 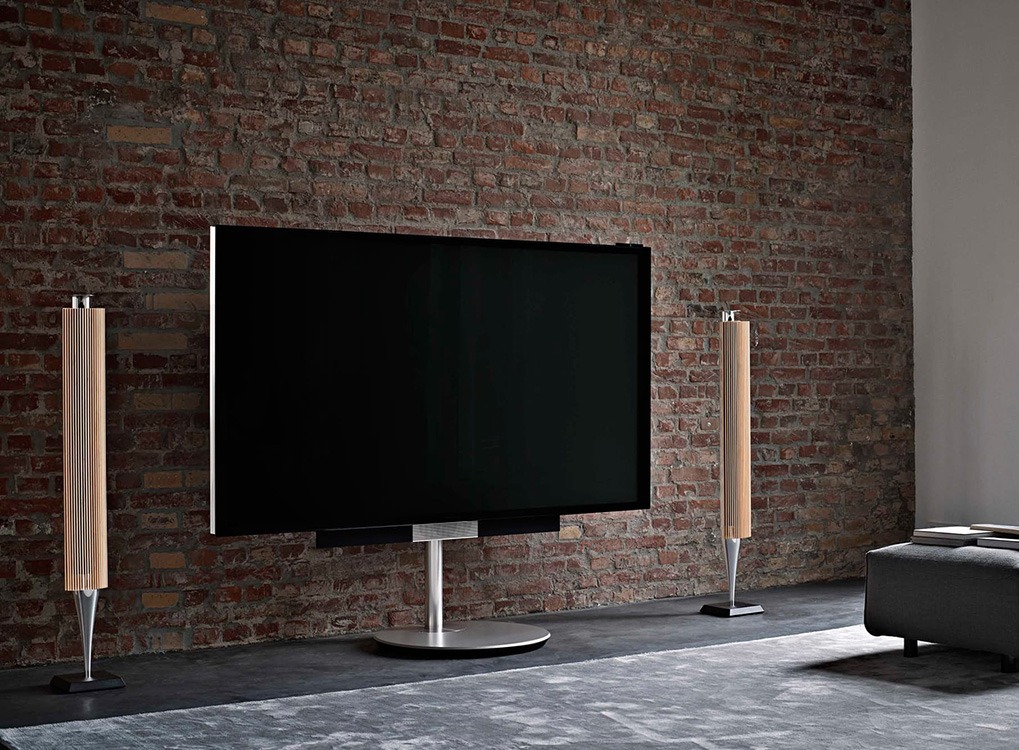 Unfortunately, Black Friday is the better bet for these kinds of promotions, too. According to MarketWatch, sales on those fancy televisions and streaming devices are best before the weekend and typically don't last through Cyber Monday.

4
Deals on laptops aren't that great, either. 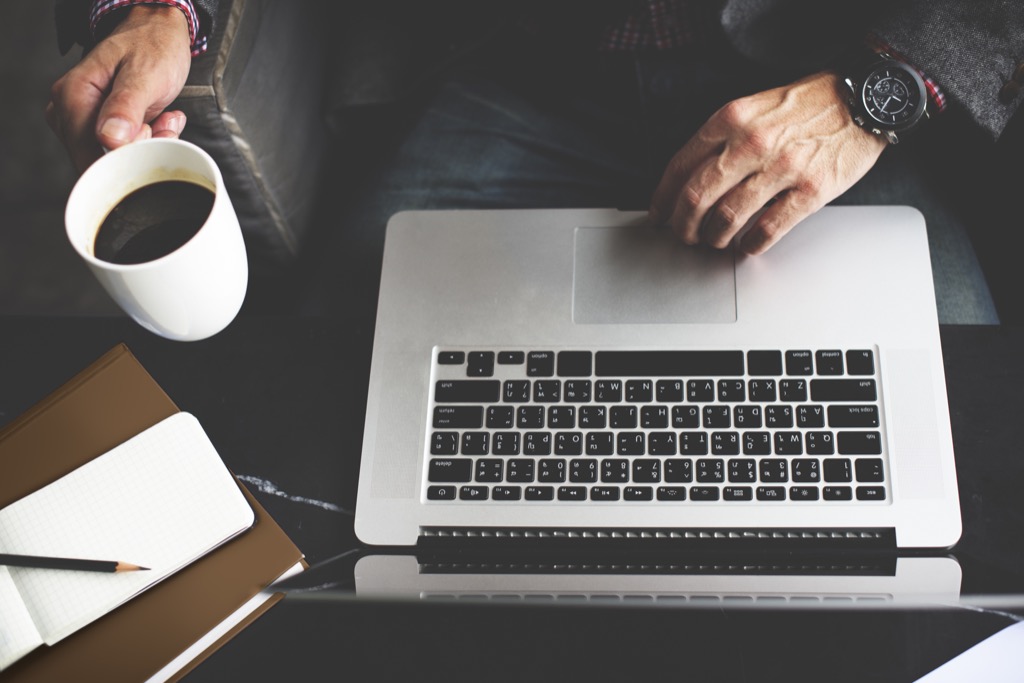 The deals will be there, for sure, but in actuality the savings on laptops aren't as spectacular as they're made out to be. According to MarketWatch, the best time to shop for a high-quality laptop is July through September, because of back-to-school promotions.

Yes, even on Cyber Monday, you'll be hard-pressed to find diamond in the rough. According to MarketWatch, January is actually the better time to buy the sparkly stuff. While apparel deals are pretty great on Cyber Monday, don't assume this will extend to accessories such as jewelry.

6
For the best discounts, use the live chat.

Yep, those customer service reps are there to help—and might help you save money. If you can't find a coupon code, open up a chat box with customer service and ask (nicely, of course). Often, customer service representatives are given discount codes to supply when asked. Just like you'd ask an in-person retail associate what the deals are, these are your virtual store associates!

7
If there's one coupon code, there's probably a second one, too.

And don't settle just for one. There can be additional savings and even codes for free shipping. It's worth the extra Googling and it will only take a few extra minutes. Don't forget this simple shopping tactic in the hype of Cyber Monday. Your wallet will thank you.

8
Scammers will be out in force.

Do not click direct links you're sent in an email, make sure your shopping is secure before you hit "Checkout," and—as you likely already know—avoid emails from unknown senders. Scammers know that Cyber Monday is a high-traffic day for the internet and want to take advantage of that. Don't let them take advantage of you.

9
Many retailers will offer free shipping.

And be weary of the ones who don't. You could be saving extra cash by avoiding shipping costs, so be sure to research prior to Cyber Monday and see if any stores are up-front about offering free shipping to shoppers.

10
Cyber Monday isn't the time for a new iPhone. 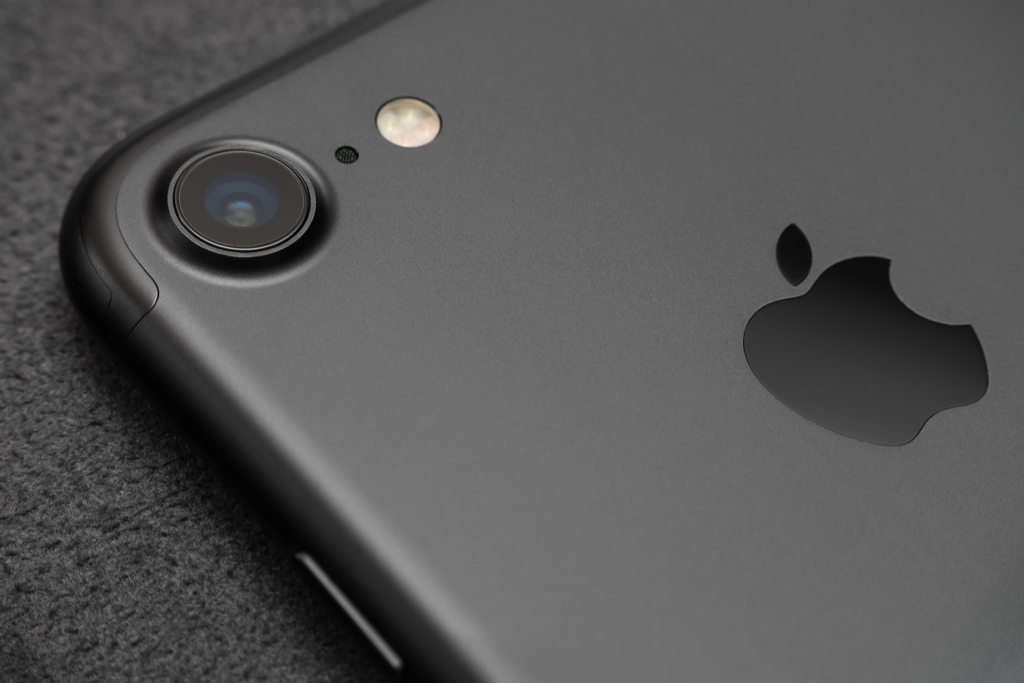 Stephen Slaybaugh, a consumer analyst with Deal News advised against purchasing a new iPhone on Cyber Monday, revealed in a conversation with Moneyish that your best bet is waiting until December. While there are perks to buying an iPhone on Cyber Monday—such as gift cards—the price itself really won't budge all too much lower past its list price. If you're going to buy one, though, consider heading to Walmart, who's handing out a $400 gift card with every new iPhone. 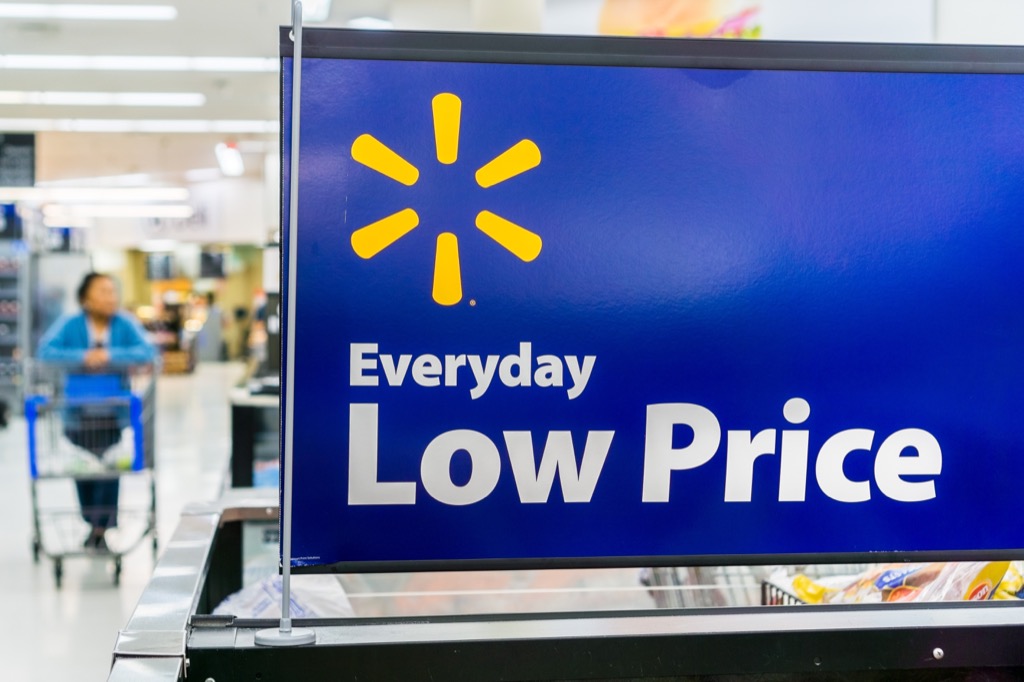 A whole bunch of major retailers—including the likes of Target and Walmart—suspend price matching during the Black Friday/Cyber Monday shopping rush. For example, the fine print on Target's website reads that price matching will be exempt starting on Thanksgiving through the following week, which includes Cyber Monday.

Never heard of Green Monday? It's the second Monday in December, and you might even save more than Black Friday or Cyber Monday. As Digital Trends explains: "Online retailers have known for some time about the power of the second Monday in December, a point at which many people realize they don't have long left before the holidays." The best way to take advantage of this shopping day is to be prepared and do your research.

13
Appliances don't really get marked down.

While retailers definitely like to make it seem like microwaves and washer-dryer combos are significantly discounted, it's hardly ever all that great of a deal. You should definitely prioritize other purchases on Cyber Monday than kitchen appliances. Black Friday—or simply waiting for a clandestine sales weekend, like Veteran's Day—is often a better strategy for snagging the best deal on these products.ae0fcc31ae342fd3a1346ebb1f342fcb

14
What you really want will probably already be sold out.

According to HuffPost, "out of stock" messages are expected to increase by 400 percent on Cyber Monday. That's nuts, and also kind of defeats the purpose of big savings since consumers might end up paying for expedited shipping because of the extended timing in waiting for the products to come back on the (virtual) shelves.

These products tend to sell out quickly—and usually before Cyber Monday. In fact, the limited edition Super Smash Brothers version of the Nintendo Switch, which came out earlier this month, sold out on GameStop before it even released. Often, you'll end up paying full price for the game console you're after. It's better just to wait. 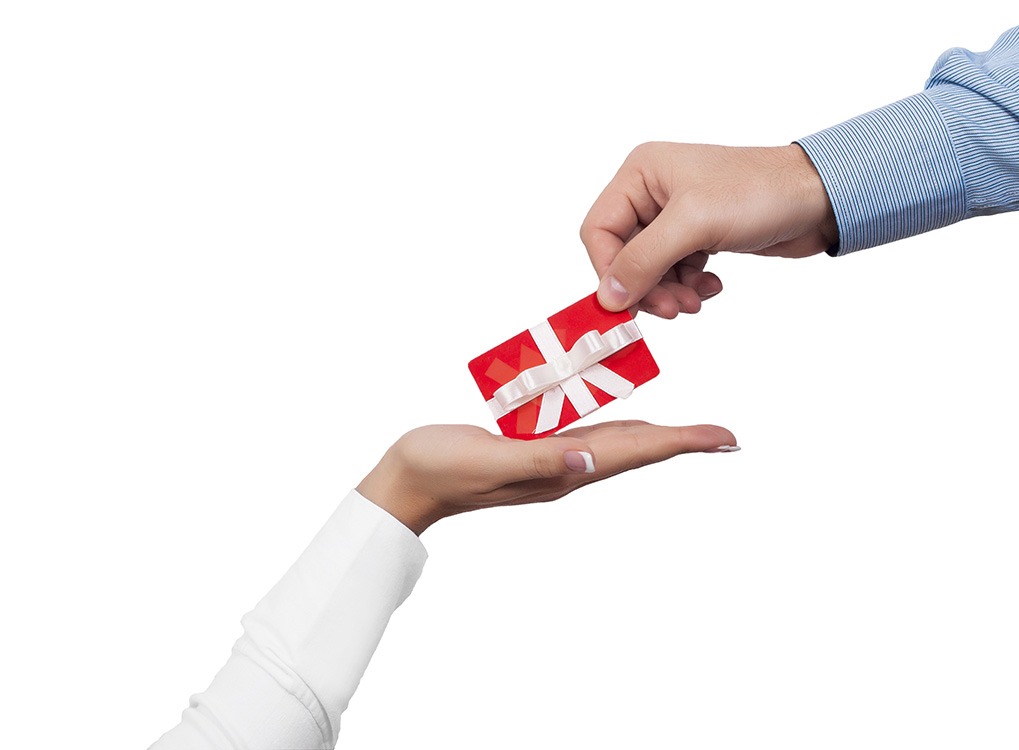 December might actually be the better time to buy gift cards, according to MarketWatch. Yes, there will definitely be deals on gift cards on Cyber Monday, but the number of deals will be better down the line. So wait.

17
Retailers prey on your FOMO.

FOMO, if you didn't know, means "fear of missing out." The sales that are being marketed during the holiday season are not a one-time-only opportunity; in fact, there will be many great sales throughout the year. That much is guaranteed. Sometimes, patience is truly worth it.

18
The return policies are tricky.

There are sometimes sneaky stipulations that you wouldn't have thought of in your rush to beat the online crowd, such as shorter turnaround periods, return fees, heightened shipping costs, and other such rules. If you're curious, the folks at Real Simple have put together an impressively thorough rundown of each store's hidden language.

19
You're competing on a global scale.

According to Real Simple, a highly competitive set can result in sold-out items and even cancelled orders. This is because your fellow shoppers aren't just from around the nation—they're from around the world. That's a lot of fellow bargain hunters! And while you won't get into fights in an aisle at Walmart, you still might lose out to an invisible enemy—which, in a way, might be worse. 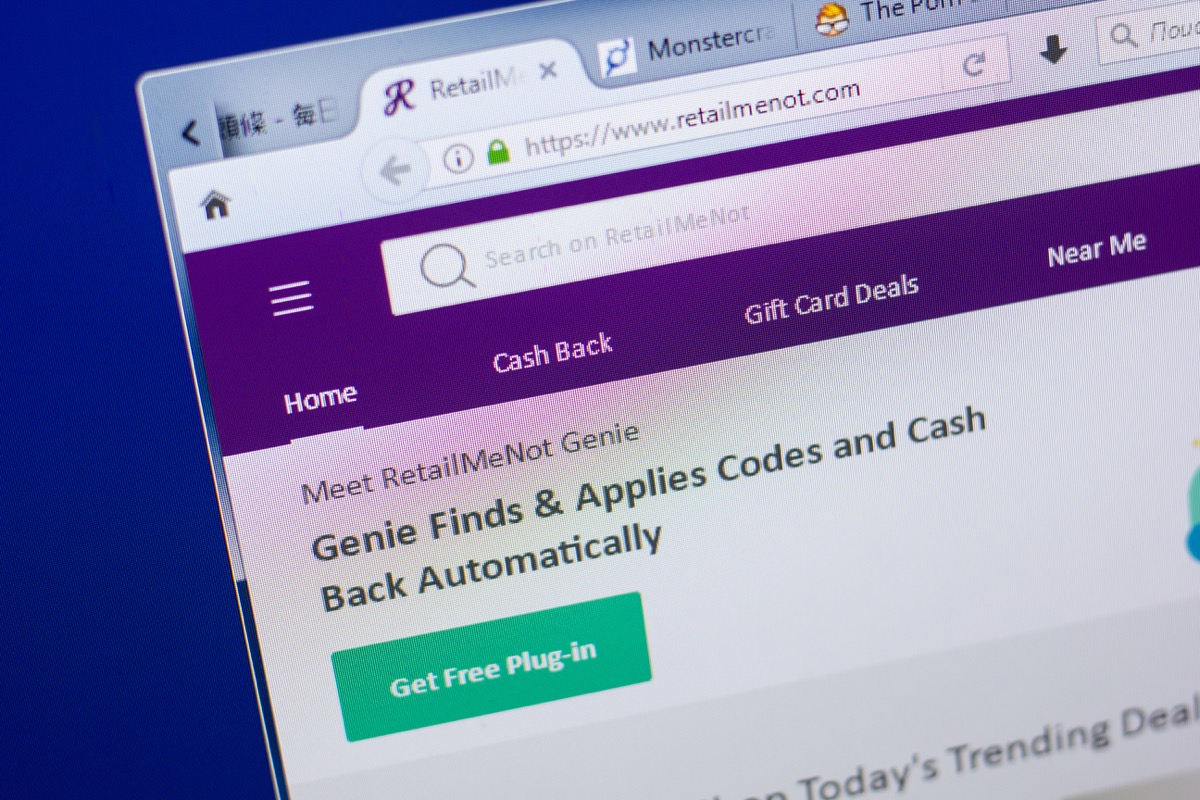 There are more sales online than you are probably going to know about. However, this is where Google Chrome browser extensions—such as Honey and Retail Me Not—can be great assistants. They automatically peruse sites for discounts and apply them at checkout. At the end of the day, each take approximately 2.7 seconds to install—and can save you compounding buckets of money by the end of the day.

21
Only low-quality televisions are on sale.

According to highya, those TVs you'll find on sale Black Friday through Cyber Monday are typically budget brands. Or, if they're name brand, these televisions they're offering major discounts on were actually produced with Black Friday and Cyber Monday sales in mind—which means markedly lower specs.

22
Really, you should treat Cyber Monday like any other shopping day.

Don't get distracted by all the flashy merchandise that's on sale. Instead, use this day as a chance to score what you'd normally buy at a discounted rate. While it's easy to get caught up in the hype, be sure you're shopping with what you need, not with what you necessarily want.

23
Cyber Monday Is an Extension of Black Friday.

The core rule of Cyber Monday is this: It's not about the deals, it's about the convenience. Make sure you use Black Friday deals as a benchmark when shopping online Cyber Monday. And, always know there are better deals on the horizon. Try your best to not get caught up in the hype unless it 100 percent makes sense for you and your budget. And for more holiday shopping tips, here are The Black Friday Deals That Are Totally Not Worth It.

Alex Daniel
A journalist based in Brooklyn, New York. Read more
Filed Under
Black Friday • Saving Money
Read This Next
Latest News
Read This Next