The Secret History Behind These Timeless Christmas Carols

Christmas carols are like the pieces of funky furniture you grew up with: They've been there for so long—and you're so completely used to their presence—that you've never actually stopped to think about how on earth those things got there in the first place.

But the truth is, many of the most iconic and timeless carols—you know, songs including wonderfully anachronistic words like "Hark!" and "Ye"—have utterly fascinating and surprising origin stories. Read on to learn more—and rest assured that you'll never be able to hear the lyrics for "Do You Hear What I Hear?" the same way again. And for more fascinating Christmas trivia, don't miss The Reason Why Christmas Colors Are Red and Green!

Over the years the music for this ubiquitous Christmas song has been erroneously attributed to plenty of famous composers, including Haydn and Beethoven. But the true lyricist was unknown until as recently as 1995, when an 1820 manuscript was discovered that confirmed the men behind the song.

The song was actually written by two Austrians: one named Franz Xaver Gruber, a primary school teacher, the other Joseph Mohr, an assistant pastor at St. Nicholas Church, in Salzburg. In 1816, Gruber started a side hustle as choirmaster and organist at the church when he quickly decided to compose a new hymn for the congregation to sing. The two created Stille Nacht.

To be clear: Mohr wrote the lyrics and Gruber composed the music. The pair performed their masterpiece for the first time at Christmas Mass in 1818, with Gruber on the organ and Mohr on guitar. The song went mini-viral (at least in 19th-century terms) when an organ builder who serviced the church's organ fell in love with the song and spread the word about it to other churches.

It was picked up by two popular traveling families of folk singers around 1931, the Strassers and the Rainers, after which it only gained in popularity.

Carol of the Bells 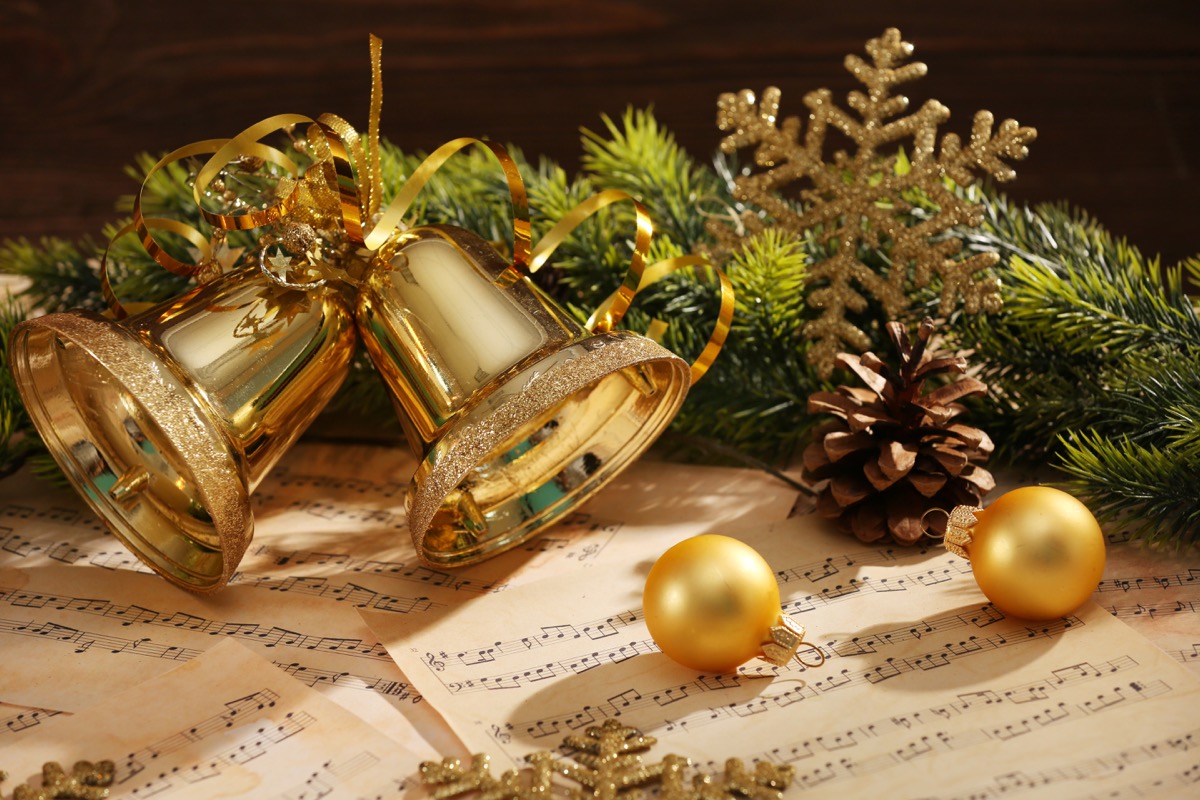 This haunting, four-note holiday tune has popped up everywhere from Home Alone to South Park. But surprisingly, it wasn't originally a Christmas song. Carol of the Bells started out as a Ukrainian folk chant that told of the coming New Year, which pre-Christian Ukraine celebrated in April.

The chant's meaning shifted in the 1930s, when American composer Peter J. Wilhousky gave the tune new lyrics and rearranged its melody so it could be performed by the NBC Symphony Orchestra. This proved to be a canny change, as the song has become a Christmas standard since he wrote his new lyrics in 1936. And for more about holiday traditions new and old, don't miss the 17 Famous Christmas Traditions Nobody Does Anymore.

Originally composed as a Christmas Day hymn in 1739 by Methodist leader Charles Wesley, who wrote more than 6,000 hymns, this tune was originally given the bland name of "Hymn for Christmas-Day." (Apparently, when you create that many songs, you run out of clever titles.) ae0fcc31ae342fd3a1346ebb1f342fcb

The opening lyrics were different, too, beginning: "Hark how all the Welkin rings / Glory to the Kings of Kings." (For the record, the word "welkin" is an old English term for the heavens.) English evangelist George Whitefield tweaked the lyrics about 15 years later and renamed it "Hark! The Herald Angels Sing."

Finally, in 1782, it was tweaked again with the repetition of the opening lines at the end of each stanza. And for more eye-popping facts, check out these 50 Mind-Blowing Facts We Bet You Didn't Know.

One of the most familiar Christmas carols of all time, Jingle Bells was composed by organist James Pierpont at a Unitarian church in Savannah, Georgia. Pierpont copyrighted the song in 1857 as "One Horse Open Sleigh."

The tune was reprinted in 1859 with the title "Jingle Bells, or the One Horse Open Sleigh." While the lyrics have stayed roughly the same since then, the purpose of the song has shifted significantly: Pierpont intended that the song be sung at Thanksgiving, not Christmas. 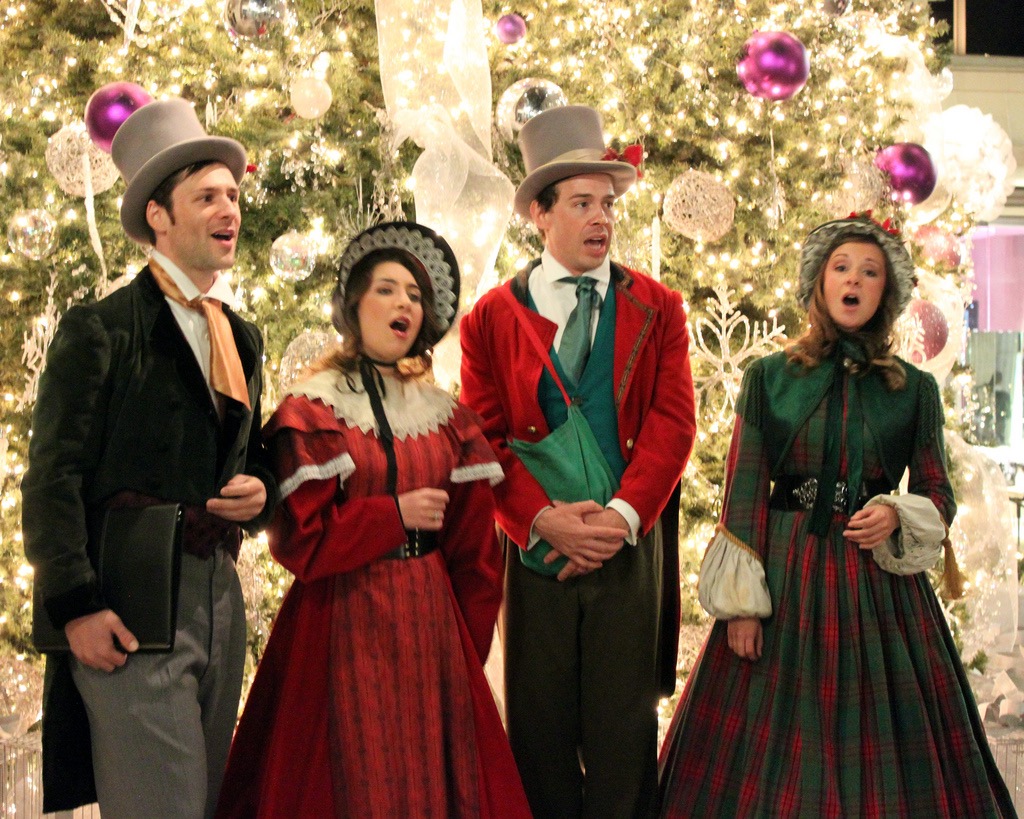 Originally written in Latin as Adeste Fideles, "O Come, All Ye Faithful" is known as one of the warmest Christmas carols of all. But in the 1700s, it may have been something of a rallying cry for revolution.

The song's most likely writer, John Francis Wade, fled England after the 1745 Jacobite rebellion to teach music at a school for British Roman Catholic exiles in France. First published in 1760, the song is reputed to be a "coded rallying cry for the Stewart cause," according to The Telegraph. The tune is sometimes ascribed to Wade, too. Other possible composers include Samuel Webbe and King John IV of Portugal (a music patron and writer). 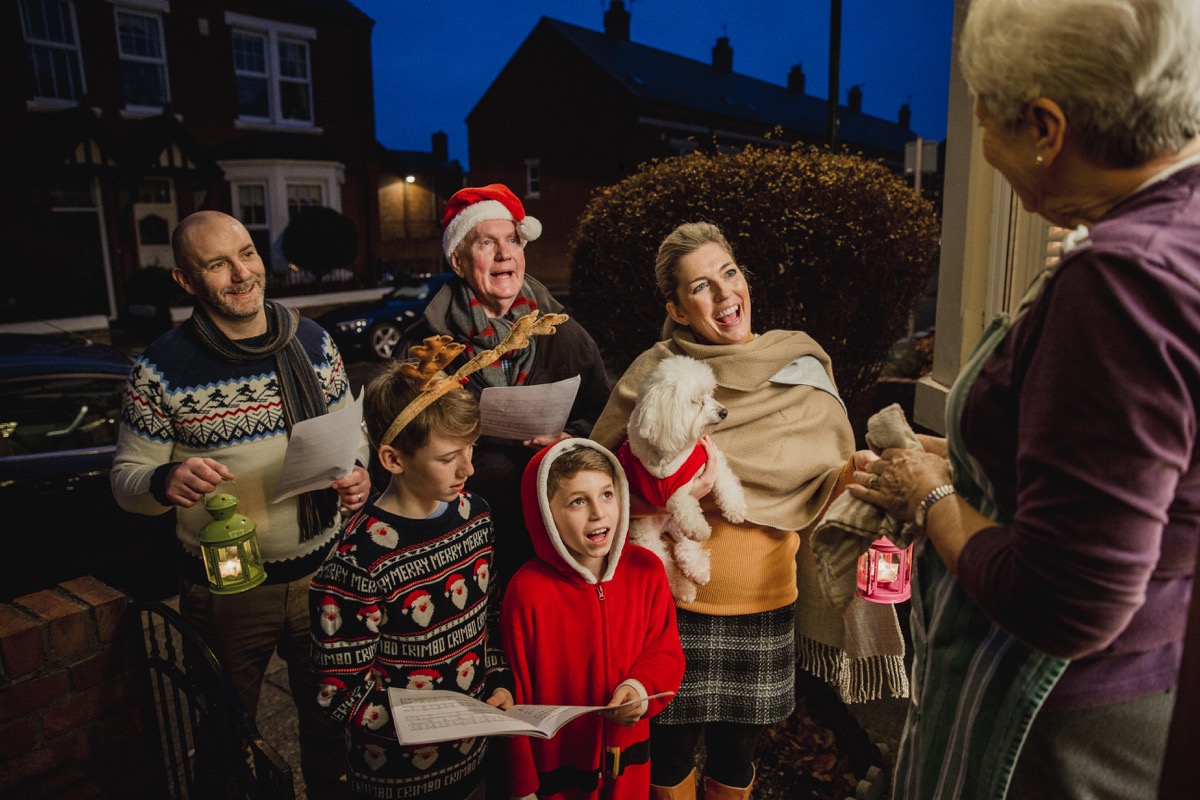 One of the newest songs on this list, "Do You Hear What I Hear?" was written during the height of the Cold War, as the Cuban Missile Crisis was unfolding. Songwriter Noel Regney recalled that "in the studio, the producer was listening to the radio to see if we had been obliterated. En route to my home, I saw two mothers with their babies in strollers. The little angels were looking at each other and smiling." Considering the time it was written, the lines about "ringing through the sky" take on a slightly more apocalyptic tone. Yikes!

This longtime favorite—and just plain long—Christmas tune is said by some to have come about as a way for Catholics to practice the catechism in a way that those listening would not understand.

If you ascribe to that theory, each of the 12 "gifts" represents one of the 12 Fruits of the Holy Ghost. There is not a lot of evidence for this theory, and the song more likely originated as a kind of memory game for kids, since the best-known version was first printed in 1780 in the children's book Mirth without Mischief. The musical structure originated in 1909 from a piece of sheet music by an English composer, which "makes the song as fun as it is to sing, and maybe even more fun to rewrite," as The Atlantic puts it.

8
Have Yourself a Merry Little Christmas

Written in 1943 by Hugh Martin and Ralph Blane for the Judy Garland musical Meet Me in St. Louis, the original lyrics to "Have Yourself a Merry Little Christmas" were considered too sad, especially at a time when the horrors of World War II were unfolding.

"Have yourself a merry little Christmas / It may be your last / Next year we may all be living in the past."

Garland herself refused to sing it, according to Martin. "She said, 'If I sing that, little Margaret will cry and they'll think I'm a monster.'" The lyrics were quickly changed.

9
Joy to the World

The most-published Christmas hymn on the continent, "Joy to the World" is yet another song on this list that was not meant to be a Christmas song. English hymnist Isaac Watts, who published the song in 1719, intended the song to be sung for Easter. His lyrics were referring to the second coming of Jesus. The version of the music we usually hear today comes from Lowell Mason's The National Psalmist from 1848—titled "Antioch" and attributed to Handel. 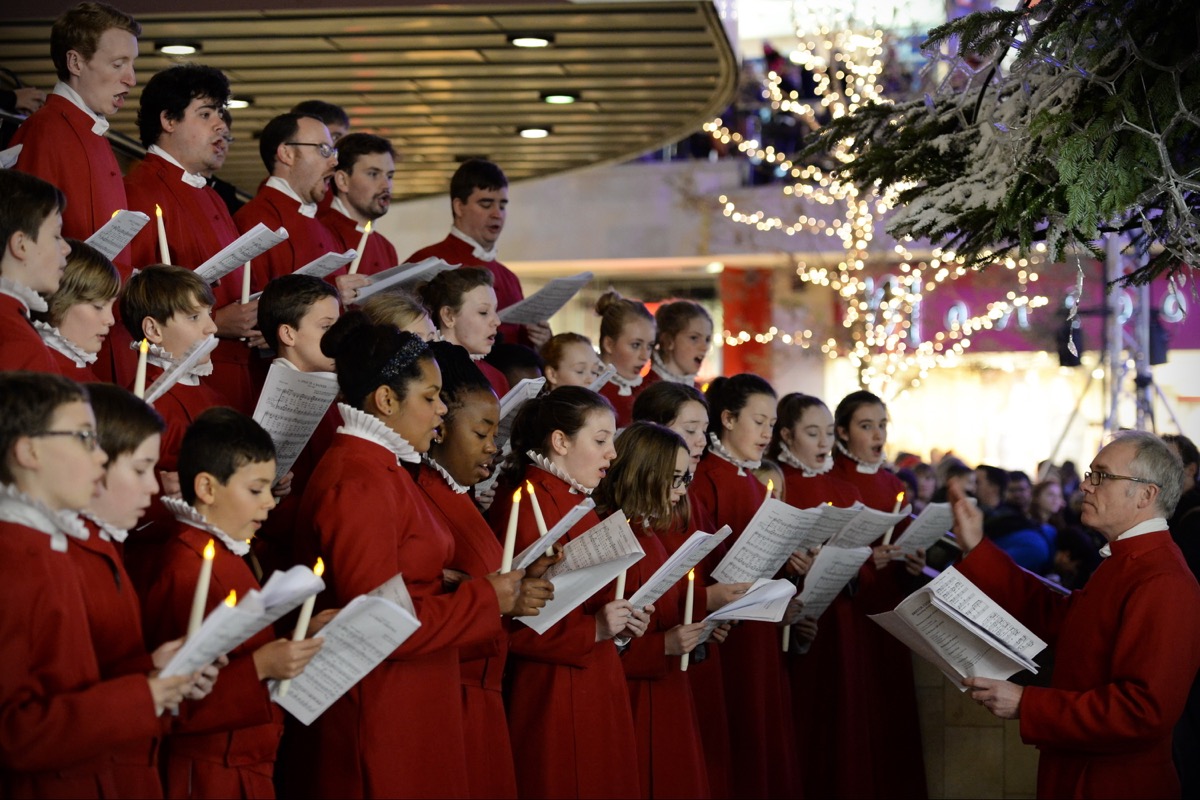 One of the oldest carols still commonly sung today, "God Rest Ye Merry Gentlemen" dates back to at least the 16th century. The song describes how Jesus has come "to save us all from Satan's power when we were gone astray."

As The Atlantic puts it, "It's a musical reminder of a time when Satan may have seemed closer by, when the threat of evil may have felt more imminent."