26 Celebrities Who Still Live in Their Hometown

These huge stars have stayed close to their roots.

You may assume that all A-listers live either in New York City or Los Angeles. And for those that do, it makes sense: they are the undisputed hubs of the entertainment industry in the U.S. But for some stars, the siren song of nightly red carpets and Beverly Hills infinity pools doesn't quite do the trick. Instead, something a bit more humble has appeal. More celebrities than you think still live in their hometown.

Whether they moved back after scoring big or simply never left in the first place, a select crop of famous folks live right in the places where they grew up (albeit in way fancier digs). We're talking places like Kentwood, Louisiana; Leiper's Fork, Tennessee; and Yellow Springs, Ohio—all towns far removed from the glitz and glamour of Hollywood. So read on—you just might find that your favorite celeb lives right next door.

RELATED: The 14 Celebrities Who Have the Most Kids.

Few stars are as heavily associated with their home state as Bruce Springsteen is with New Jersey. The Boss grew up in Freehold, NJ, and as most of his music will tell you, he was never likely to roam too far. He and his wife Patty Scialfa reside on a horse farm in Colts Neck, which is in the same county as the house where the star grew up. And investing in horses definitely paid off—their daughter, Jessica Springsteen, an Olympic equestrian who competed in the last Olympic games.

Born in New Orleans, Reese Witherspoon was raised in Nashville, Tennessee by her physician parents. When it came time to spend some of her hard-earned acting money on real estate, she went back to her roots—purchasing three homes in the Nashville area with her husband, Jim Toth. Currently, they split their time between there and another mansion in the Pacific Palisades in Los Angeles.

After years in Los Angeles, Justin Timberlake moved back to his roots in 2016, purchasing a home in Tennessee and naming it "Millville" in honor of his childhood suburb of Millington, Tennessee. Despite its humble location, the abode also serves as the creative HQ for the artist's clothing line and artist development company.

Rapper and Fast & Furious star Ludacris has called a lot of places home. He was born in Champaign, Illinois, then spent parts of his childhood in Chicago and Virginia. For his last years of high school, his family was in Atlanta, Georgia, and the star ended up going to college and beginning to make music there too. As an adult, Ludacris has chosen to put down roots where he spent some of his most formative years and lives on a 22-acre estate in Atlanta. And if it's difficult to conceptualize just how big that is, consider that Ludacris said during a recent appearance on Ellen that he hadn't even seen certain parts of his home until he was stuck there during lockdown.

Dave Chappelle grew up in the suburbs of Washington, D.C., but he often spent summers in the sleepy town of Yellow Springs, Ohio, and went to middle school there, too. His father was a professor at the nearby Antioch University. As an adult, the comedian moved back to town, purchasing a farm there as a refuge from the hectic Hollywood lifestyle. He's even been doing regular comedy shows there for a local audience.ae0fcc31ae342fd3a1346ebb1f342fcb

The actor-comedian grew up in Alleghany County, North Carolina, and has since purchased a large farm there, where he spends his time. (He's not shy about giving tours to the media, by the way.) Eventually, he hopes to turn the estate into a writer's retreat.

Though the basketball star now plays in Los Angeles, LeBron James still maintains a home in his childhood town of Akron, Ohio. The 30,000 square foot compound allegedly houses a recording studio, a bowling alley, a casino, and a barbershop, among other ultra-luxe perks and amenities.

Despite being one of the wealthiest men on earth, the investment mogul Warren Buffett still resides in his hometown of Omaha, Nebraska. His home, meanwhile, was purchased in 1958 for around $250,000 in today's dollars. It's just one of the reasons Buffett remains one of the most beloved—and relatable—billionaires on earth. 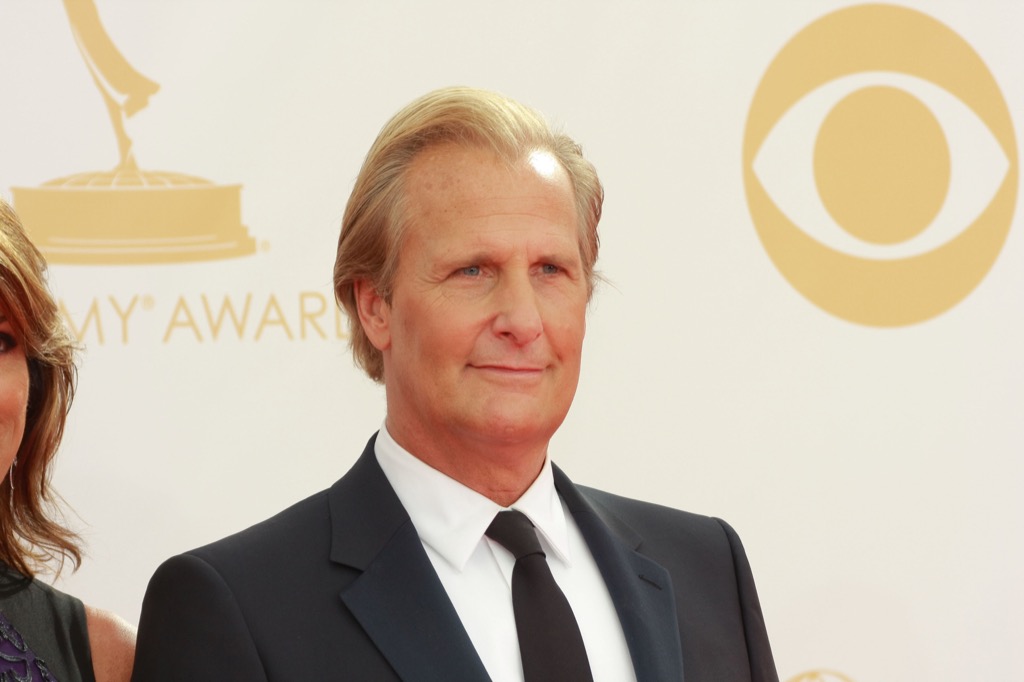 Renowned actor Jeff Daniels resides with his wife and three children in his hometown of Chelsea, Michigan. In addition to running errands, he can be seen running the company he founded in the small town, the Purple Rose Theatre.

Grammy-winning artist Chance the Rapper moved back to his hometown after a brief stint in Los Angeles that he described in the foreword to a poetry collection (per DJBooth) as "ungodly." In addition to giving back extensively to local causes, the rapper has also mused about running for mayor. After then-mayor Rahm Emanuel's surprise announcement in 2018 that he would not be seeking re-election, Chance tweeted "thinkin maybe I should," referencing a lyric of his in which he considers his own chances with voters.

At the age of 12, Usher and his family relocated from Tennessee to Atlanta, Georgia. Soon afterwards, the singer got his big break, earning a recording contract at the age of 14. Despite earning enough money to live anywhere he pleases, Usher remained in Atlanta. In 2018, he sold his then-home after reports of a stalker surfaced, so hopefully the location of his current mansion stays more private.

Drake was born and raised in Toronto, Ontario, and he's stayed true to his Canadian roots. The actor and rapper is reportedly in the process of building out his dream home in the city. Rumor has it that it'll include a 10-car garage, rooftop hot tub, trophy room, and a nearly NBA-regulation size basketball court.

John Cusack and his also-famous sister Joan were raised in the outskirts of Chicago. After becoming a movie star, though, the actor decided to remain right where he was, purchasing his own apartment in the city. And his pride runs deep, responding to one Twitter user's comment that he was "one of the few good ones in Hollywood" with "I live in Chicago—always have."

And for more entertainment trivia sent right to your inbox, sign up for our daily newsletter.

Raised in Kentwood, Louisiana, with her sister Britney, Jamie Lynn Spears still resides near there today. Last year, she told Entertainment Tonight that her sister traveled back home to quarantine with Jamie Lynn and her daughter.

In 2016, the Sydney-born singing-and-dancing sensation purchased an almost $6 million dollar estate in his hometown with his wife, Deborra-Lee Furness. While the pad is certainly swankier than the one he grew up in, Hugh Jackman nonetheless remains close to his roots—literally.

Rapper Eminem has never been shy about his love for his hometown; in fact, he's never really left it. The rapper has maintained two large estates in the outskirts of Detroit for more than two decades, only recently selling one of them. Frighteningly, the same intruder broke into both recently, according to The Sun.

The Jonas Brothers were raised in New Jersey for the majority of their childhood, and the eldest, Kevin Jonas, has stayed there with his family. He, his wife Danielle, and their children have lived in a handful of mansions in the Garden State, some designed by the custom home company Kevin co-founded.

Raised in Brooklyn, Steve Buscemi lives in one of the boroughs most popular and family-friendly neighborhoods, Park Slope. The actor's notoriety caused a stir in his hometown in 2011, mostly due to the strange objects the actor would leave on his doorstep, which ultimately resulted in a neighbor running a now-defunct blog, "What's On Steve Buscemi's Stoop?"

The man behind Seinfeld's J. Peterman comes from much more modest beginnings than his character might have you believe. Raised in Kittery, Maine, John O'Hurley remains a resident of his hometown.

Raised in Manacor, a small town on the island on Mallorca, Rafael Nadal used his tennis winnings to purchase a flat there in which he houses his entire extended family. The superstar once told abcMallorca this year, "It is my home. I am happy here and I can't imagine living anywhere else."

Crooner Michael Bublé grew up fishing and playing hockey in a town called Burnaby in British Columbia. And while his lifestyle may have changed drastically, his home base hasn't. He and his family live on 2.3 acre Burnaby estate.

Pitbull, a.k.a. Mr. 305, remains close to his Miami-area roots (and its 305 area code) and has resided in a mansion in Pinecrest when he wasn't not touring. Sadly, his home has recently fallen into serious disrepair, apparently having gone since 2015 without any upkeep; logic dictates that the artist has put up elsewhere. Nonetheless, if his nom de guerre is any indication, it's not far away.

The many-necklaced rapper 2 Chainz loves his hometown so much that in 2015, he even floated the idea of running for mayor. While the bid never came to fruition, he nonetheless declared that the possibility had "everybody wishing."

Not only does Mary Steenburgen reside in her hometown of Little Rock, Arkansas with her husband, Ted Danson, but the two are also partners, with chef Matthew Bell, in the acclaimed restaurant South on Main. Her love for her hometown goes deep, as she explained to the Arkansas Times in 2015 that "the friends I am the closest to are the friends who have come at some point with me to Arkansas."

Born in nearby Pickering, Ontario, singer-songwriter Shawn Mendes calls Toronto home. In 2019, he shared a shot of a comfy, candlelit apartment with an impressive city view when a fan asked "how cozy" his place was.