25 Wrong "Wheel of Fortune" Answers That Are Simply Hilarious

The good, the bad, and the egregiously misspelled

Since it hit the air in 1975, Wheel of Fortune has become one of the most beloved game shows of all time. But it's not just the big wins that keep viewers coming back for more—in many cases, the major blunders committed by contestants are far more fun to see. Instead of poring over 40-plus years' worth of game shows to see the highlights and the victories, instead, we've compiled the 25 most hilariously incorrect Wheel of Fortune answers, each one sure to crack you up. And if you like game shows, you'll love The 30 Funniest Game Show Moments of All Time. 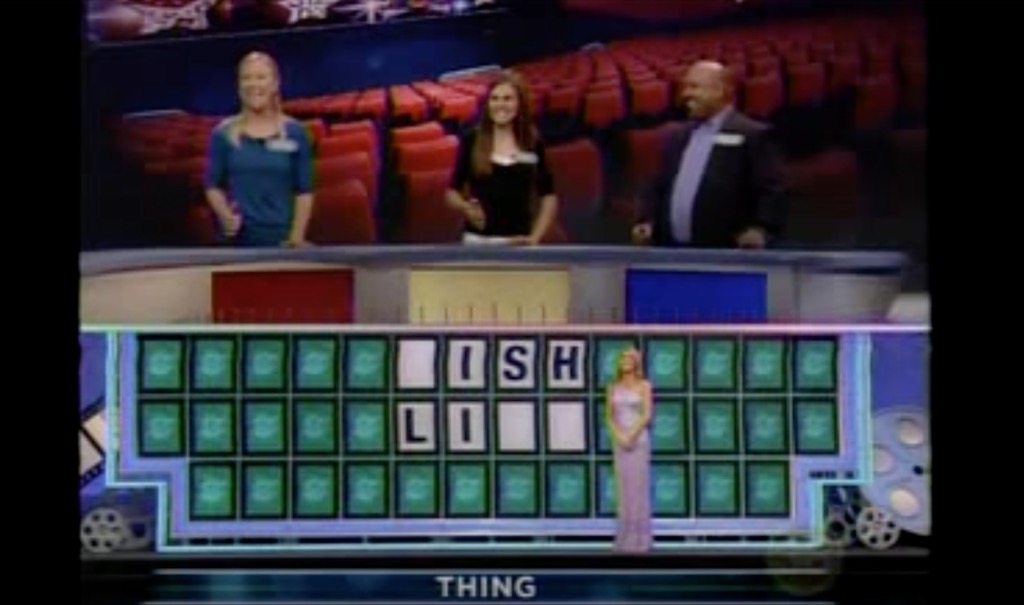 This contestant must have an impressive aquarium at home, considering he responded with "fish love" when the actual answer was "wish list." And for more TV hilarity, check out The 30 Funniest Reality Show Moments of All Time. 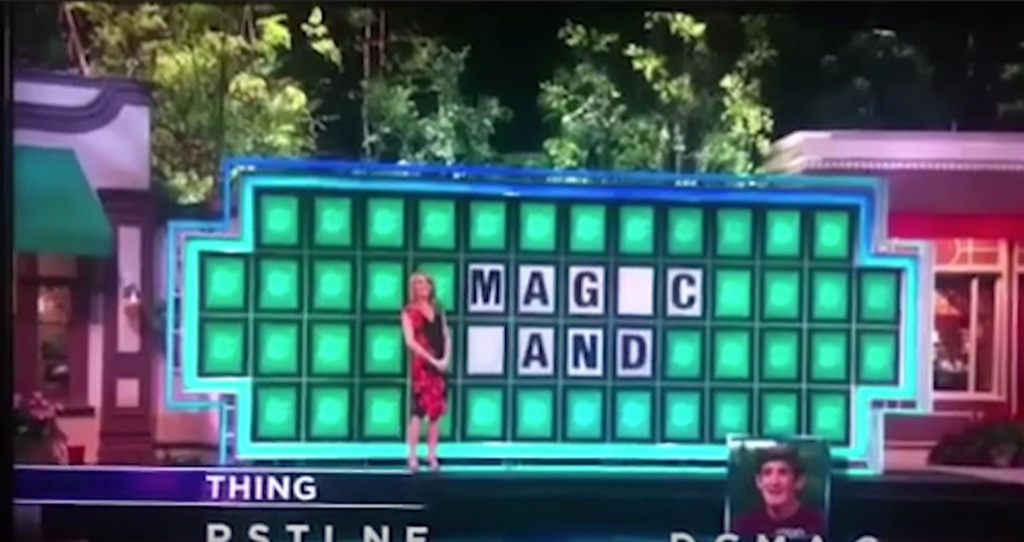 Having a certain sound in your mind when trying to solve a puzzle can be your downfall, as evidenced by this man, who guessed that the answer to this puzzle was, among other things, "magic fand," instead of "magic wand." 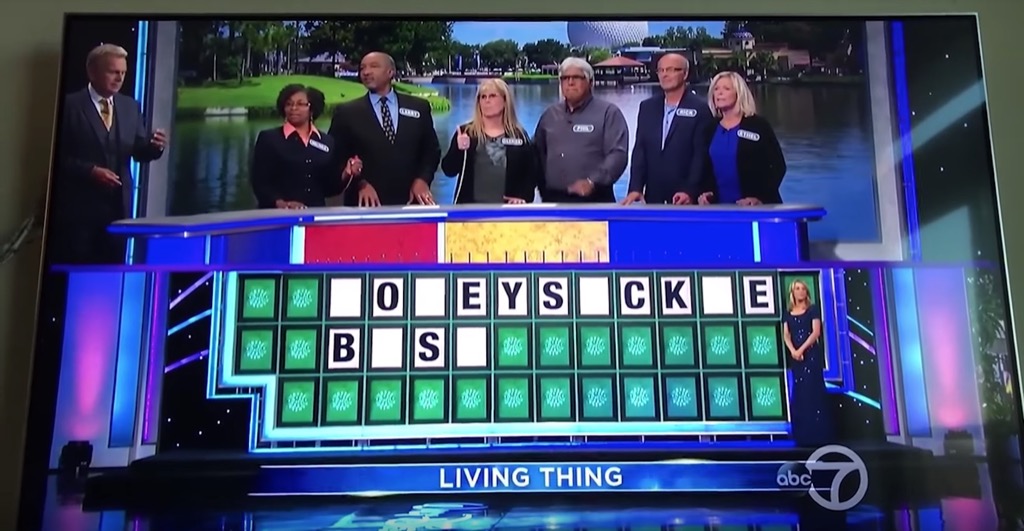 When guessing living things, "honeysuckle bush" is a much better choice than this woman's "popsicle bike." And if you think that's hilarious, you'll love The 30 Funniest Sitcom Jokes of All Time. 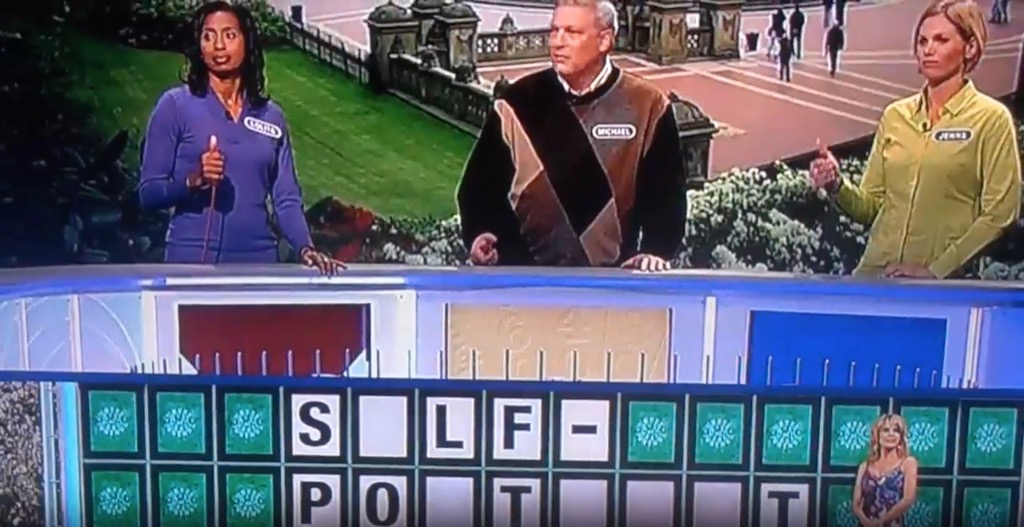 We've all heard of self-portraits, but this contestant was hilariously convinced the right answer here was "self potato."

We definitely know a song that goes "Surf City, here we come," but one with the lyrics, "surf clay, where we go," as this man guessed, isn't as familiar.

6
A Land of Pure Imagination 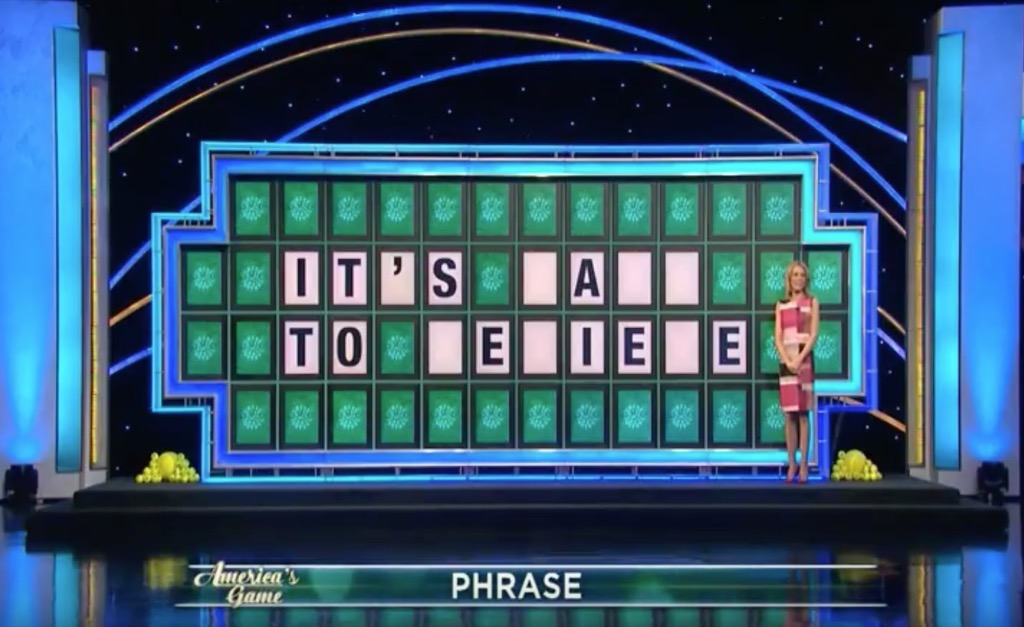 One of the most common ways Wheel of Fortune contestants mess up is by forgetting to read what's on the board, as was the case with this man, who guessed that the solve here was, "It's make believe." The real answer? "It's hard to believe." 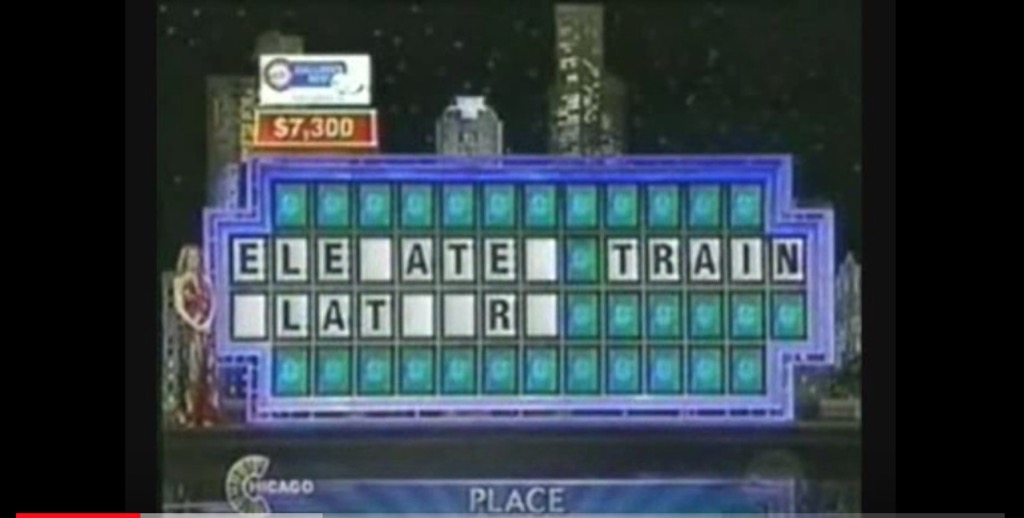 Even those who've never taken public transportation could probably guess that "elevator train platform" wasn't the answer to this puzzle. For those scratching their heads, the actual answer is "elevated train platform." And when you want to crack up some more, check out these 40 Facts So Funny They're Hard to Believe. 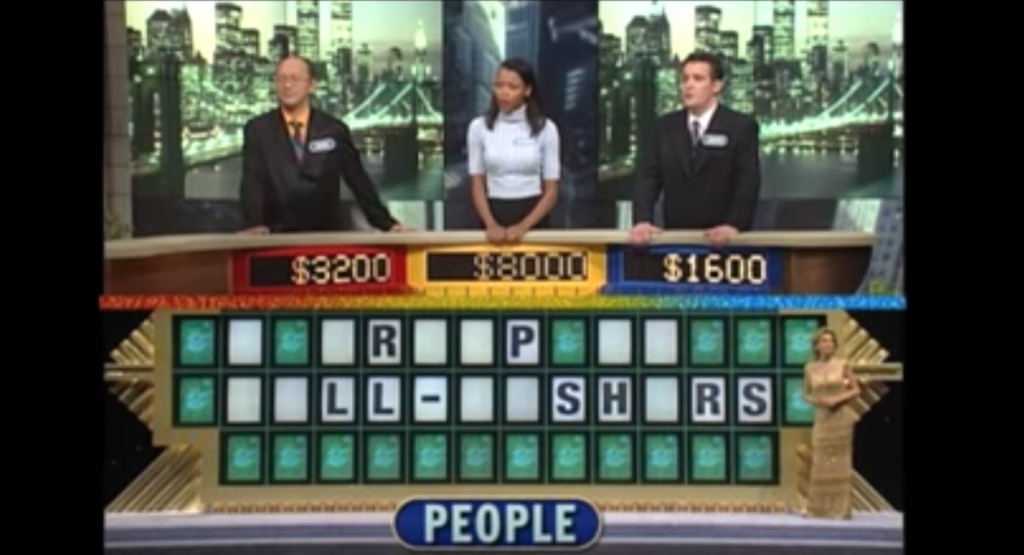 This man clearly had more nefarious intentions in mind when he announced that "a group of pill pushers"—not a group of well-wishers—was the answer here.

10
The Man in Black With a Bottle of Red 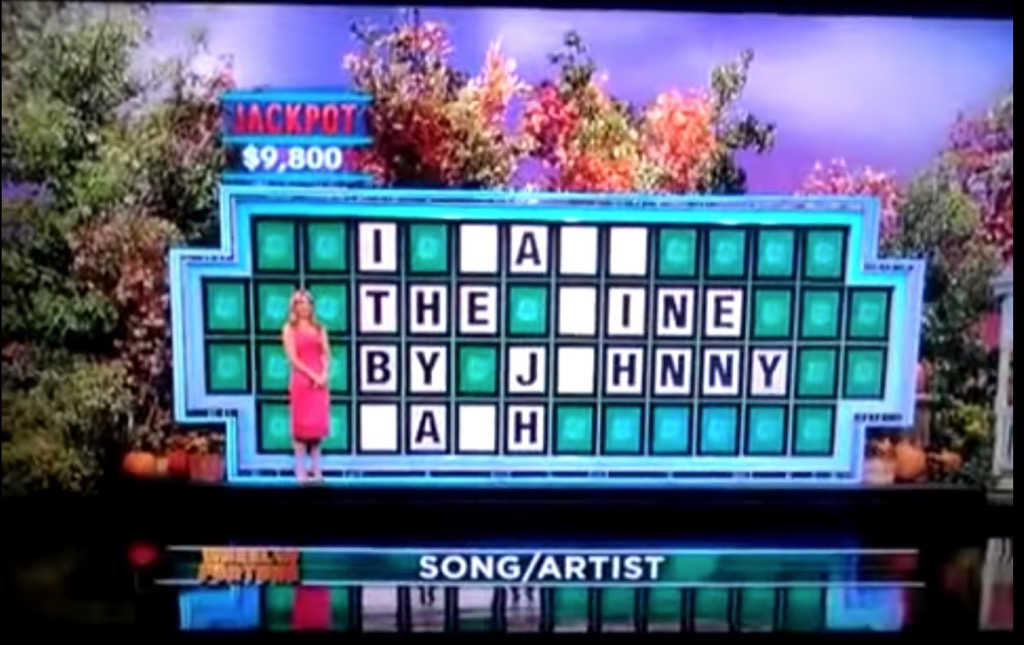 According to this woman, Johnny Cash famously sang, "I have the wine," not, "I walk the line." 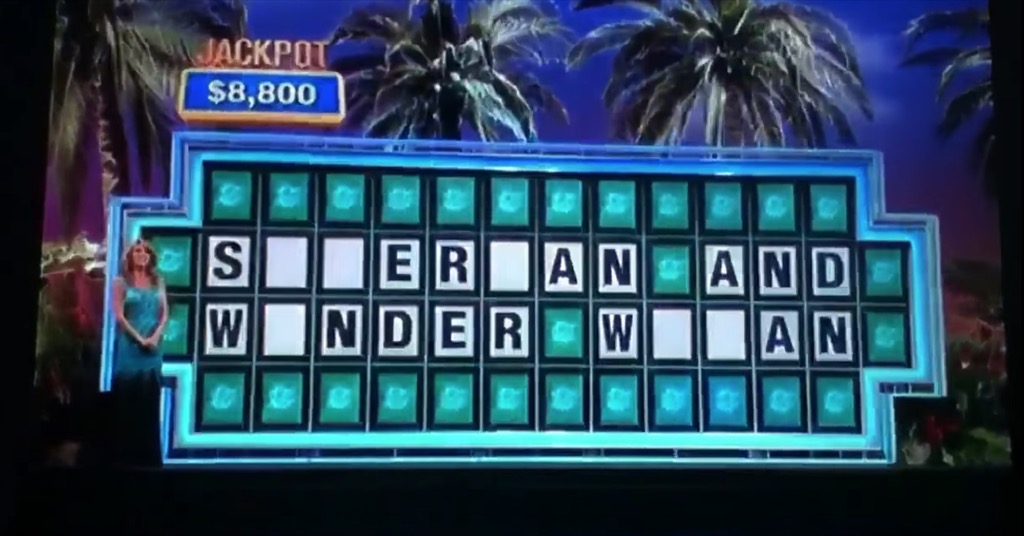 Sometimes, Wheel of Fortune contestants clearly know the answer to a puzzle, but their brains just can't catch up. Case in point: this man, who guessed that the answer to this puzzle was "Superman and Spider Woman" instead of "Superman and Wonder Woman."

This man, who guessed "miners and hoes" instead of "fingers and toes" clearly has some unfounded ideas about how mining work is done.

While "stars in the night sky" seems like the obvious answer here, this woman seemed to believe that "start in the right way" was an equally popular turn of phrase. 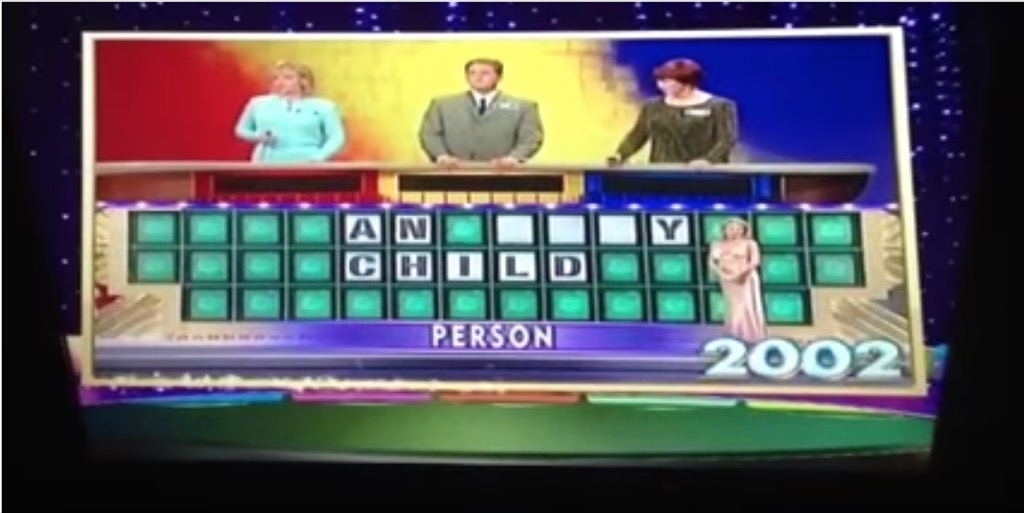 We don't know what's worse: the fact that this woman guessed that the answer to this puzzle was "an ugly child" instead of "an only child," or the fact that she's a school teacher. 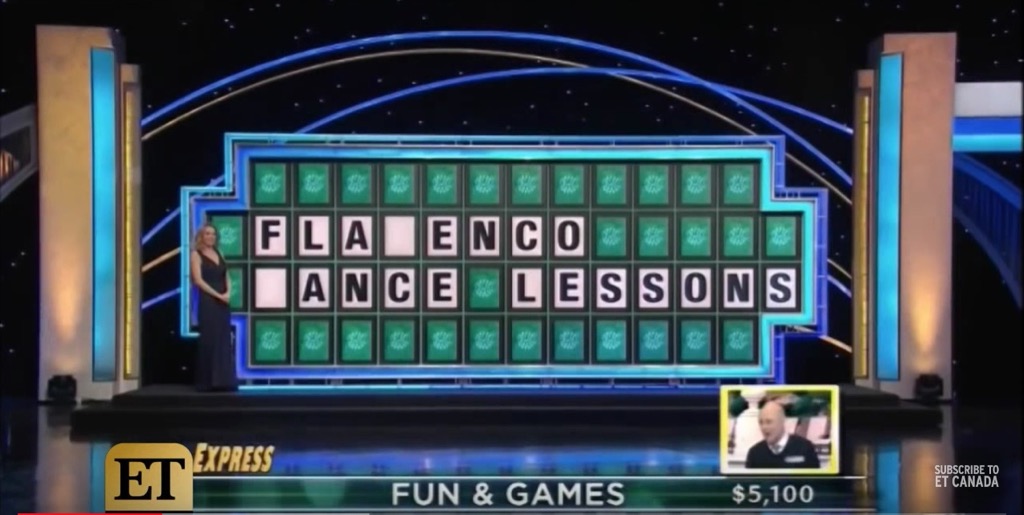 The good news? This contestant solved the puzzle perfectly. The bad news? He thinks the dance mentioned in this puzzle is called "the flamingo" instead of "the flamenco," thus losing the round. 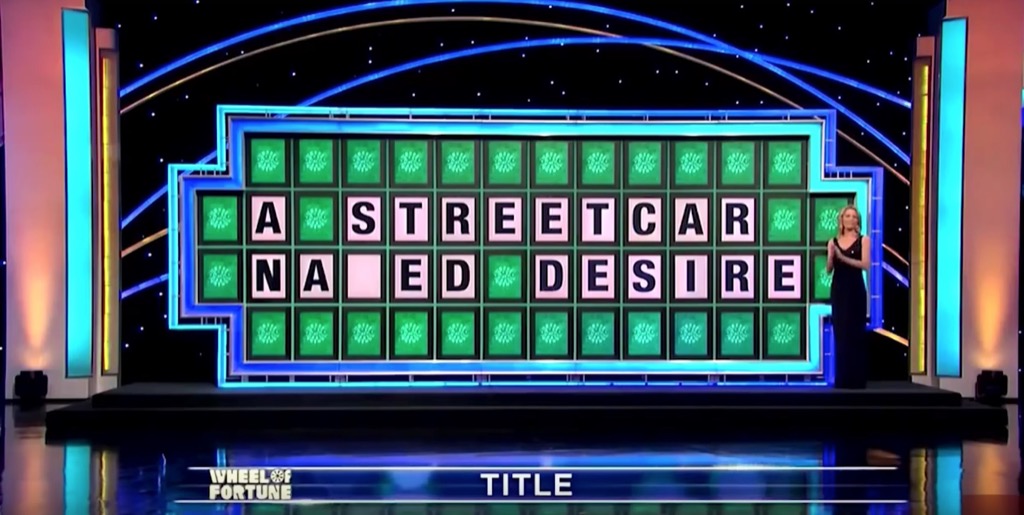 We've heard of Tennessee Williams' famed A Streetcar Named Desire, but "A Streetcar Naked Desire," as this man answered, isn't on our radar.

Arizona's Painted Desert is a great place to visit on vacation. "The Pointed Desert" is a good way to lose yourself a lot of money on Wheel of Fortune. 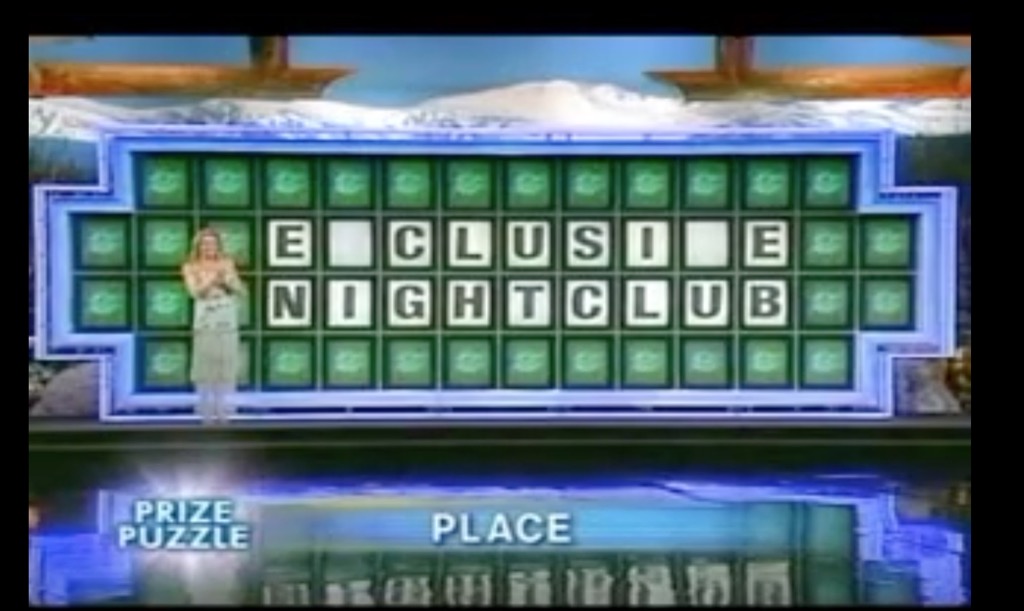 Spelling words correctly is half the battle on Wheel of Fortune, which made this woman asking for a K instead of an X to spell "exclusive nightclub" so cringe-worthy. 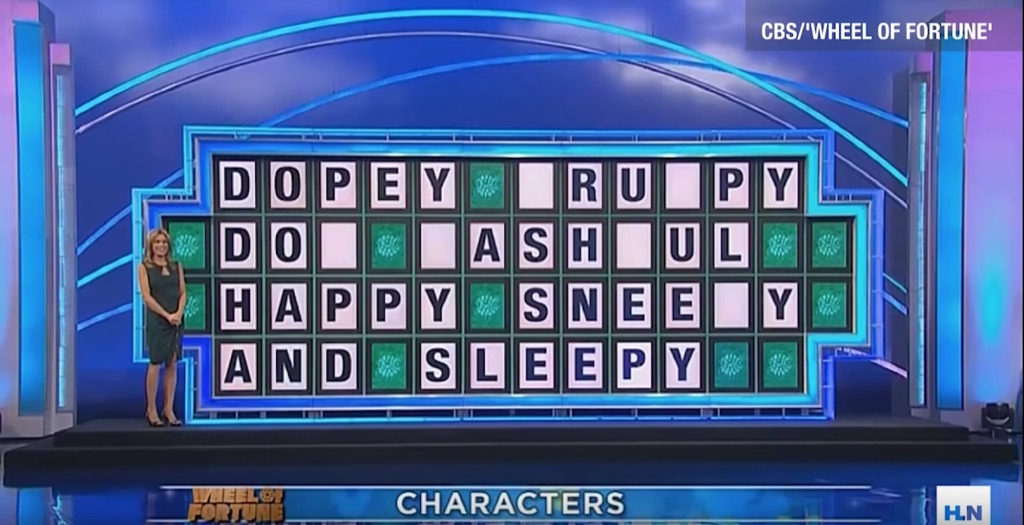 The seven dwarfs are generally listed as Dopey, Grumpy, Doc, Bashful, Happy, Sneezy, and Sleepy, but this contestant was convinced there's also a "Sneeky" on that list. 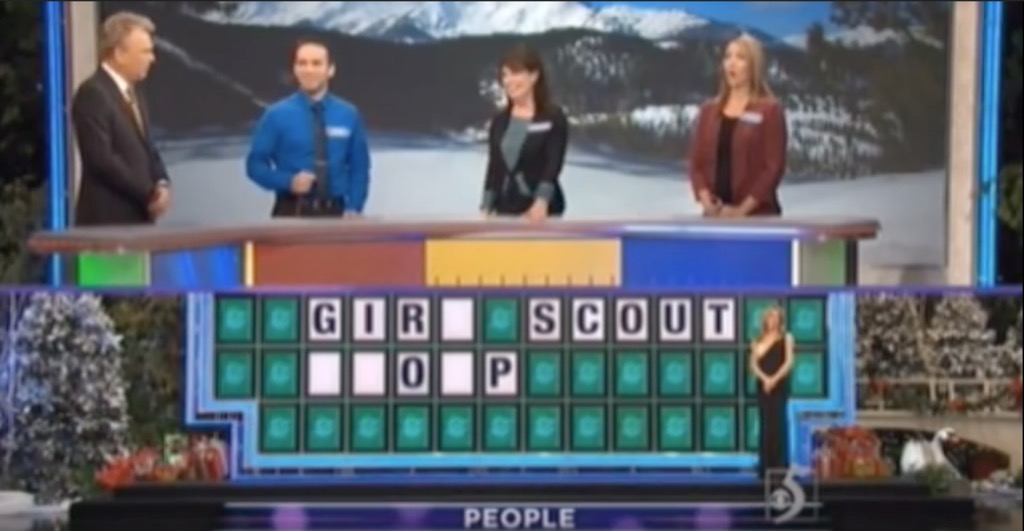 When referring to Girl Scouts, the usual terminology is "troop," not "group," something this Wheel of Fortune contestant found out the hard way. 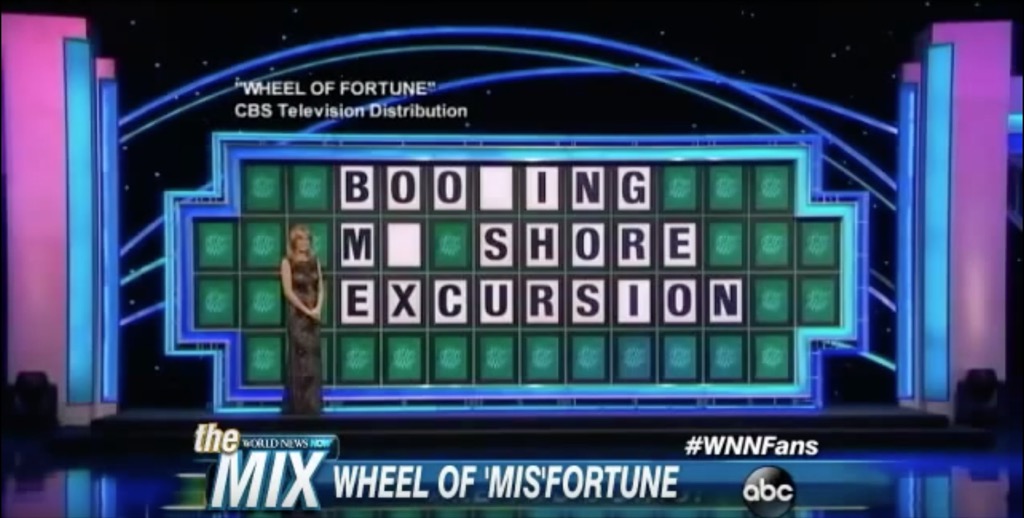 This woman, who guessed "boozing my shore excursion" instead of "booking" seems to have a good handle on how to enjoy a vacation.

This guy probably played a considerable amount of hooky during English class, considering that he guessed the letter C to solve this puzzle—the answer being "it's my turn to play hooky"—instead of the obviously correct letter K. 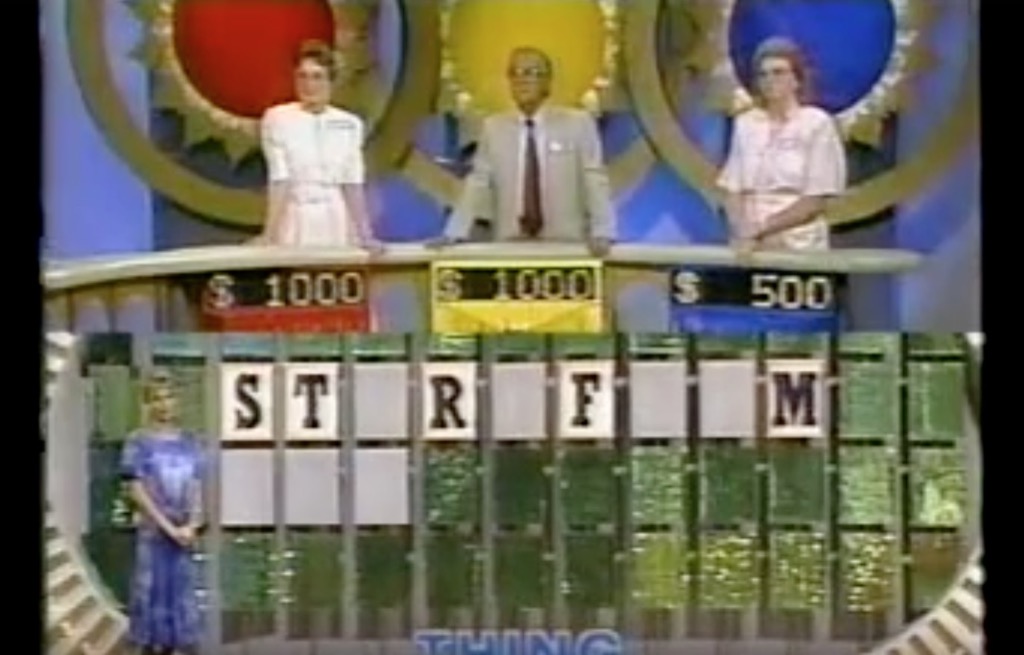 Despite what this man may have guessed, Styrofoam cups are a lot more common than Styrofoam hats.

Those animals climbing mountains are typically referred to as "mountain goats," not "mountain boats," as this woman inaccurately guessed. And for more chances to crack up, enjoy these 75 Jokes That Are So Bad They're Actually Funny.

Sarah Crow
Sarah Crow is a senior editor at Eat This, Not That!, where she focuses on celebrity news and health coverage. Read more
Filed Under
Entertainment • Funny • TV
Read This Next
Latest News
Read This Next