The artist has dubbed the Grammy nomination committee "corrupt." Here's their response.

When The Weeknd released his album After Hours in March, it was hailed by fans, critics, and other musicians as a masterpiece and his best work yet. So, when the 2021 Grammy Awards nominations were unveiled on Tuesday, and not a single nomination was given to the album or any of its singles—including the smash hit "Blinding Lights"—it was astonishing to pretty much everyone. In fact, Variety dubbed it "the biggest snub in recent memory." The question on everyone's mind is: Why wasn't one of the most critically acclaimed and chart-topping albums of the year nominated for a single Grammy?

As a result of the snub, The Weeknd, whose real name is Abel Tefaye, fired back at the Recording Academy, which controversially keeps the identities of those on Grammy nomination committees and the process by which nominations are chosen under wraps. "The Grammys remain corrupt," The Weeknd tweeted in response to the snub. "You owe me, my fans and the industry transparency…"

Read on to find out the reason why many people believe The Weeknd was shut out of the Grammy nominations, and what the Grammy executives have to say about it. And for more on The Weeknd's struggle with fame, check out 17 Major Celebrities Who Actually Hate the Spotlight.

Sources claim the snub was a result of "contentious" negotiations over his Grammys performance.

Sources tell Variety that The Weeknd's team were "at odds" over the star performing at the Jan. 31 Grammy ceremony, and then at the Super Bowl halftime show a week later. After "prolonged and contentious" negotiations, his team agreed that he would play the Grammys. However, once he was shut out from the nominations, some suspect it was a "form of retribution" over the heated discussions.

TMZ reported a similar scenario. "Sources familiar with the situation tell us The Weeknd's team was in talks for weeks with Grammy brass, who issued the ultimatum—us or Super Bowl LV. We're told both sides eventually came to an agreement where Abel could do both, but not without negotiations getting very testy. Our sources say there's growing suspicion Abel's decision to perform at this year's Super Bowl cost him Grammy noms," the outlet reported.

"It's unclear why the Grammys would play such hardball in trying to exclusively book him for their airwaves. It might be fear of duplicate performances, as CBS is airing the award show AND the game one week apart in February. Still, our sources tell us Abel and co. feel the dispute might have something to do with his exclusion." And for the meaning behind one of The Weeknd's most famous tracks, check out 20 Songs You Didn't Know Have Secret Messages.

Others believe it could have to do with genre categories. 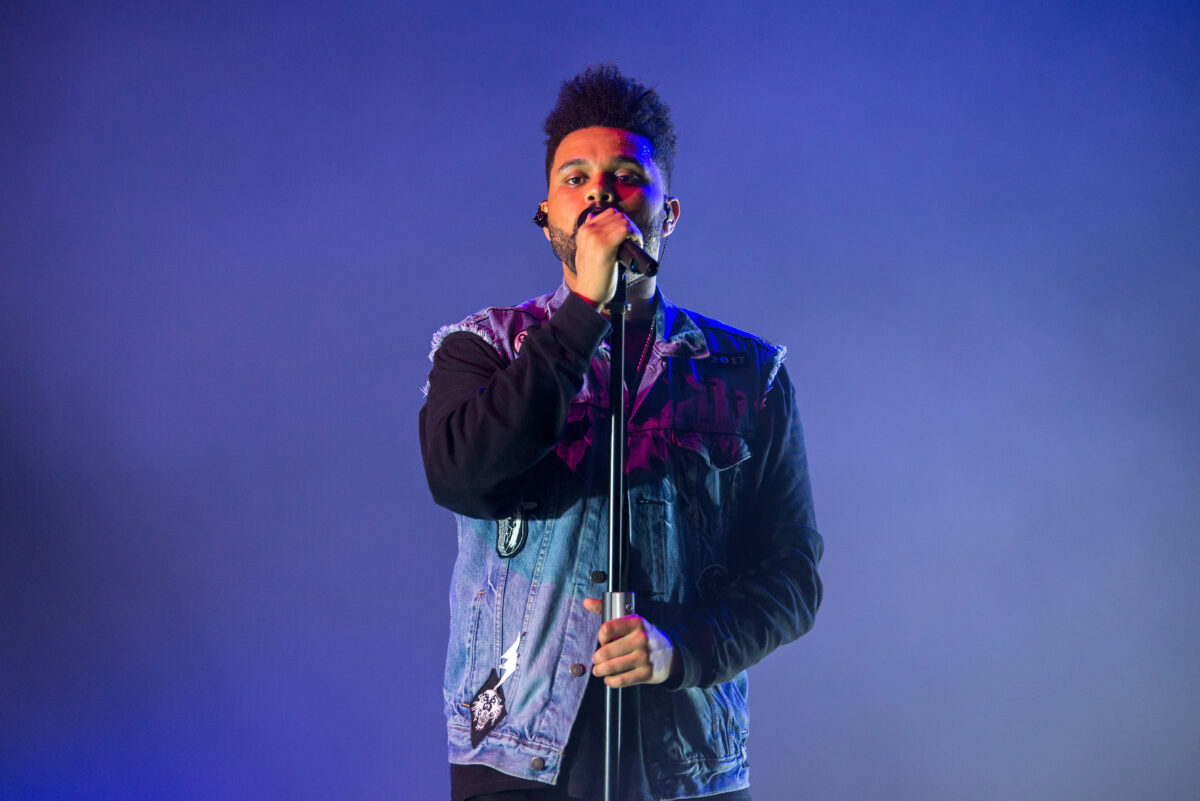 Another possibility could be that The Weeknd falls between two music genres: pop and R&B. "While that factor would have played little role in him being left off of the three main categories for which he was eligible (Album, Song and Record of the Year), it's entirely possible that the screening committees, which determine which releases are appropriate for their respective categories, may have decided that he didn't fit their categories: In other words, the Pop committee may have considered him R&B and the R&B committee considered him Pop," explains Variety.

The singer himself voiced concern about how the R&B category limits artists during a September interview with Rolling Stone. "It was peculiar," the singer said. "Putting an album like Starboy and putting an album like Beauty Behind the Madness in the same category as some other artists, it's not fair…. R&B and Black music is such a wide variety. If they put us all into one category, I still think it's not fair. We'll see how it goes." And for more musicians who've been snubbed over the years, check out 30 Artists Who Haven't Won Grammys.

The Grammy committee denies his snub was intentional. 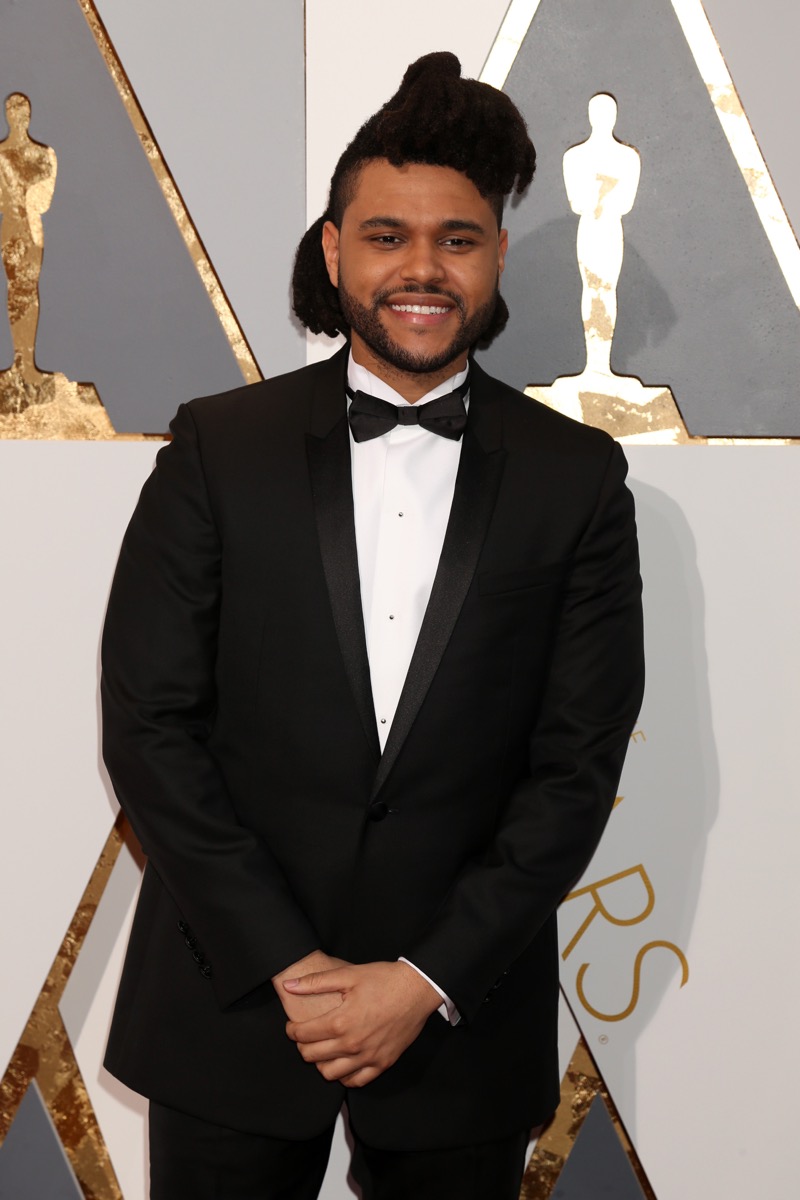 In a statement to Rolling Stone, Recording Academy Chair and Interim President/CEO Harvey Mason Jr. denied any wrongdoing on the part of the committee, claiming that the nomination process was over well before The Weeknd's Super Bowl performance was even announced.

"We understand that The Weeknd is disappointed at not being nominated. I was surprised and can empathize with what he's feeling. His music this year was excellent, and his contributions to the music community and broader world are worthy of everyone's admiration," Mason Jr. said in a statement.ae0fcc31ae342fd3a1346ebb1f342fcb

"We would have loved to have him also perform on the Grammy stage the weekend before [the Super Bowl]. Unfortunately, every year, there are fewer nominations than the number of deserving artists … To be clear, voting in all categories ended well before The Weeknd's performance at the Super Bowl was announced, so in no way could it have affected the nomination process," Mason Jr. said. "All Grammy nominees are recognized by the voting body for their excellence, and we congratulate them all." And for more up-to-date celebrity and entertainment news, sign up for our daily newsletter.

Other musicians are coming to his defense.

"How many times the Grammys gotta rob us before y'all f***** get it ?!?!? They don't f*** wit us !!! & when they do, they give it to the most appropriate BLACK face they can find. Tell me how on earth @theweeknd or @lilbaby4PF get 0 nominations…. we'll start there," added The Game.

And for more longstanding feuds, check out The One Guest Anderson Cooper Banned From His Show