19 Oscar Records You Will Not Believe

Find out who has a whopping 51 Academy Award nominations.

The best of the best in Hollywood have been holding their breath for a coveted Oscar since 1929, when the Academy of Motion Picture Arts and Sciences first handed the honors out. In the 90 years since, there have been thousands of Academy Awards honorees and iconic moments, including ones that have made history. So, to prepare yourself for the 91st Academy Awards in February, we've gathered the most unbelievable Oscar records of all time.

1
Walt Disney has won more Oscars than anyone.

Walt Disney has won 22 Oscars, four honorary Academy Awards, and been nominated a total of 59 times.

2
Katharine Hepburn has won the most acting Oscars.

That's including both male and female performers. Late legend Katharine Hepburn has four Best Actress wins for Morning Glory (1933), Guess Who's Coming to Dinner (1967), The Lion in Winter (1968), and On Golden Pond (1981).

3
Daniel Day-Lewis has won Best Actor more than anyone else.

Though he's still one Oscar short of Hepburn, Daniel Day-Lewis has taken home the gold for Best Actor three times for his performances in My Left Foot (1989), There Will Be Blood (2007), and Lincoln (2012).

4
John Ford has won the most Best Director Oscars.

5
Kathryn Bigelow was the first woman to win Best Director.

Kathryn Bigelow won the Best Director Oscar for The Hurt Locker in 2010. Nearly a decade later, she still remains the only woman who's taken that award home.ae0fcc31ae342fd3a1346ebb1f342fcb

6
Meryl Streep has the most acting Oscar nominations ever. 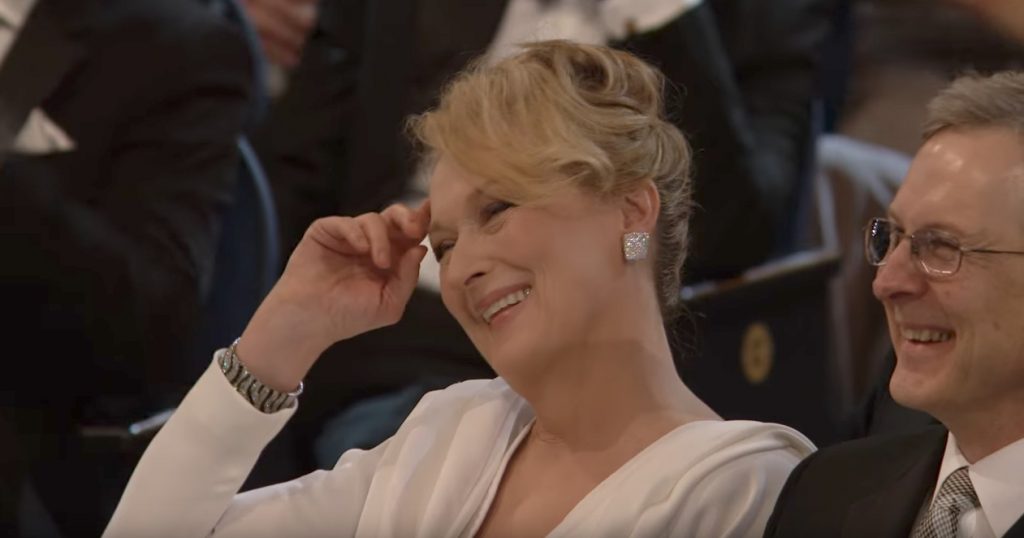 Beloved actress Meryl Streep has been nominated for a staggering 21 Oscars, beginning with 1979's The Deer Hunter in the Best Supporting Actress category. She's won a total of three Oscars, for Kramer vs. Kramer (1979), Sophie's Choice (1982), and The Iron Lady (2011).

7
John Williams has more Oscar nominations than any other living person.

While Streep might be the most nominated actor, music composer John Williams has more nods than any other living person. He received his insane 51st nomination for his original score for Star Wars: The Last Jedi in 2018.

In addition to the Star Wars series, Williams has written some of the most critically acclaimed film scores in history, including Jaws, the Indiana Jones series, Schindler's List, and the first three Harry Potter films. So far, he's won five Academy Awards. But, you know what they say: It's an honor just to be nominated.

8
Tatum O'Neal is the youngest person to win an Oscar. 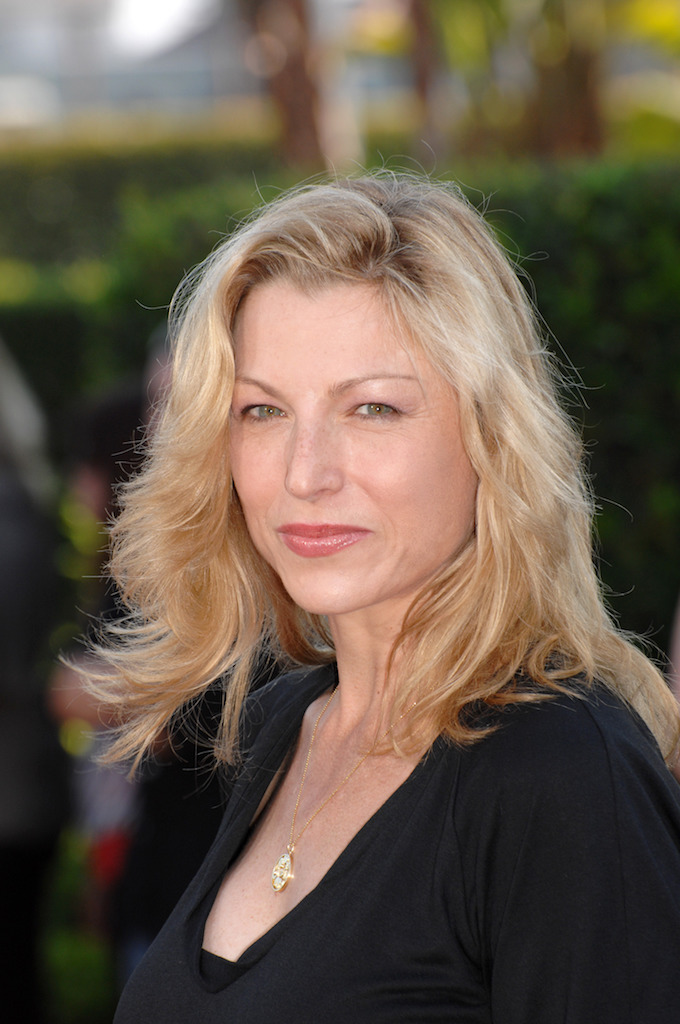 At just 10 years old, actress Tatum O'Neal became the youngest person to earn a coveted Oscar. She won the Best Supporting Actress award for her role in 1973's Paper Moon.

Technically, Shirley Temple won the non-competitive Academy Juvenile Award at the age of six at the 1934 Oscars. But O'Neal is the youngest to win a competitive Oscar.

9
Christopher Plummer is the oldest person to win an Oscar.

At 82 years old, Christopher Plummer became the oldest person to earn an Academy Award, thanks to his win for Best Supporting Actor for 2010's Beginners.

10
Midnight Cowboy is the only X-rated film to win Best Picture. 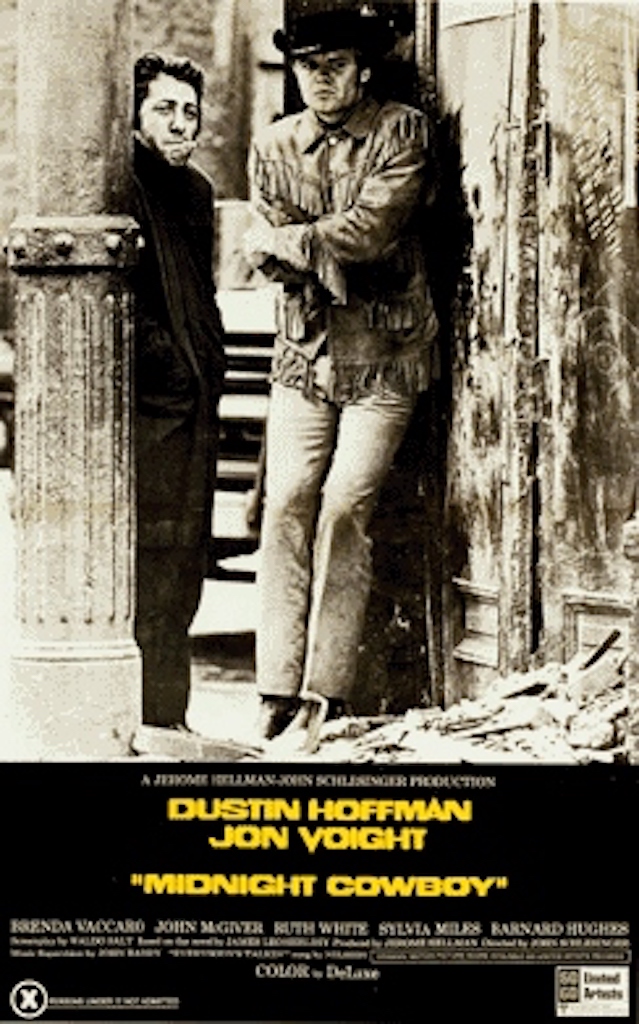 The 1969 film, starring Jon Voight and Dustin Hoffman, made a lot of history, actually. It was the first X-rated film to be nominated for Best Picture, and it will forever be the only X-rated Best Picture winner, since X ratings have been replaced by NC-17 ratings. 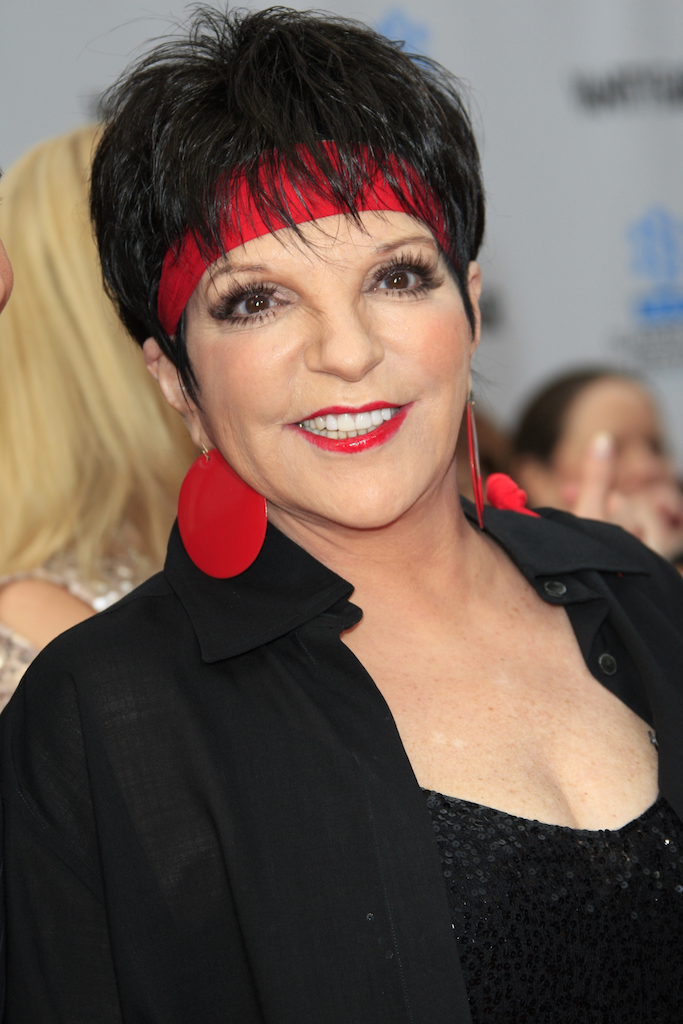 Talent—and Oscar gold—runs deep in this family. Liza Minnelli, the daughter of Oscar winners Judy Garland and Vincente Minnelli, became the first Oscar recipient to have Oscar-winning parents as well when she won Best Actress for 1972's Cabaret .

12
The Godfather: Part II was the first sequel to win Best Picture.

In total, the three films that make up the The Godfather franchise were nominated for 29 Academy Awards, and won nine. An impressive six of those went to The Godfather: Part II. The only other sequel to win the award was The Lord of the Rings: The Return of the King in 2004.

13
Woody Allen is the only Oscar winner who's never shown up to receive his awards.

Woody Allen has been nominated for 24 Oscars and has won four, but he's never been present to collect those awards. He did, however, attend the Academy Awards once, in 2002, to honor New York during the first post-9/11 Oscars. Funnily enough, he didn't even have a film nominated that year.

Sidney Poitier paved the way for fellow actors of color when he won the Best Actor Oscar for his role in 1963's Lillies of the Field. That was five years after he became the first African American to be nominated in the category for his work in 1958's The Defiant Ones. And to this day, he is still the youngest African-American actor to win Best Actor. (He was 37 at the time.)

15
Marlee Matlin is the only deaf Academy Award recipient. 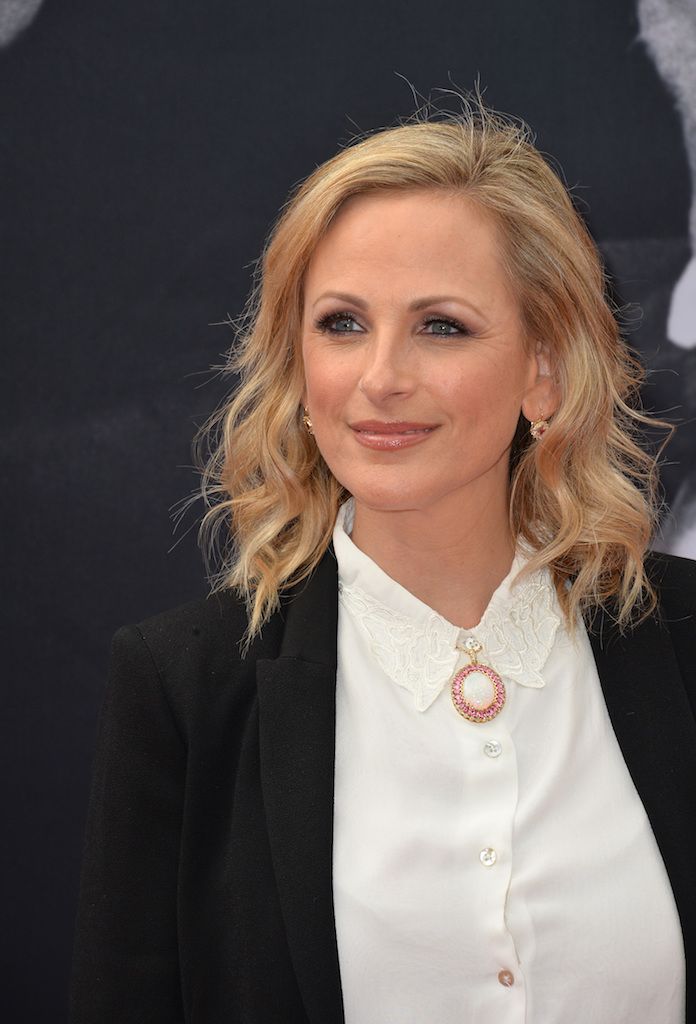 Deaf actress Marlee Matlin made history when she won Best Actress for her role in 1986's Children of a Lesser God. More than 30 years later, she's the first and only deaf person to take home an Oscar. 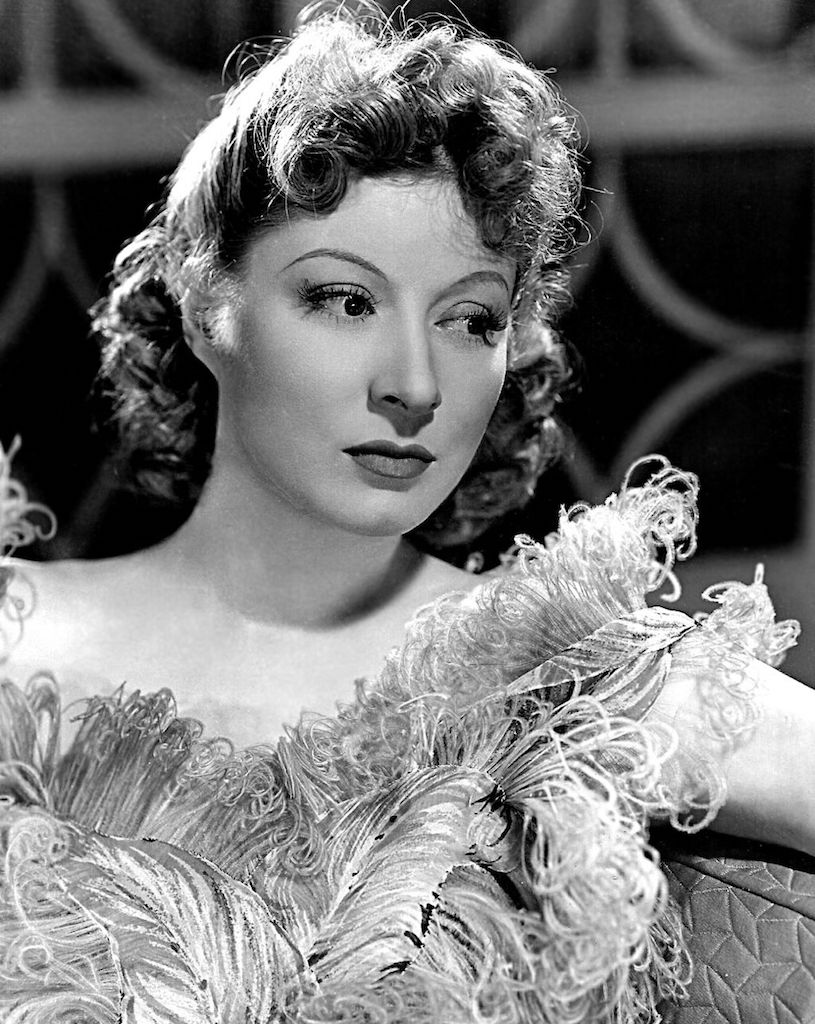 After winning the Best Actress award for her role in the 1942 film Mrs. Miniver, Greer Garson's acceptance speech made history, thanks to its nearly six-minute runtime. Many believe that her prolonged speech was ultimately the driving force behind the Academy's decision to impose a 45-second time limit on acceptance speeches.

17
Bob Hope has hosted the Oscars more than anyone else. 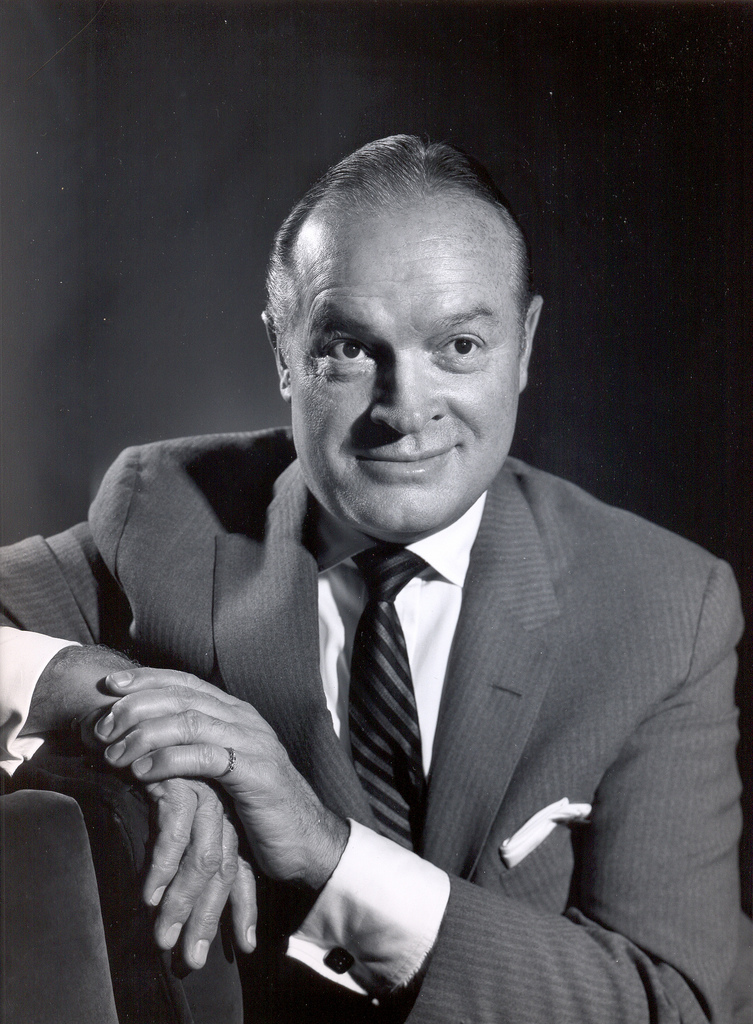 Between 1939 and 1977, comedian and actor Bob Hope hosted the Oscars a record 18 times. Decades later, no other person has come even close to hosting the awards show as many times. Billy Crystal is the runner-up—and he's only hosted 8 times.

18
Peter O'Toole is the actor with the most Oscar nominations never to actually win. 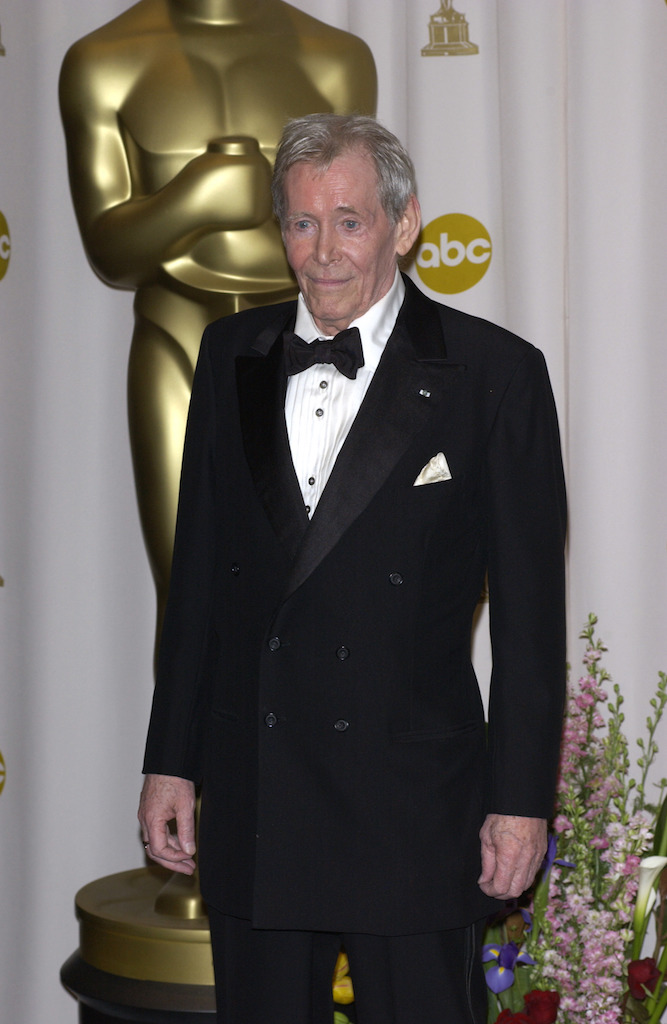 Some Oscar record holders probably wish they had made a different kind of history, like late actor Peter O'Toole. He was basically the Susan Lucci of the Oscars. O'Toole was nominated an impressive eight times, but never managed to actually win—that is, until he received an honorary award at the 2003 Oscars.

O'Toole initially rejected the Academy's offer, writing them a letter that, at 70, he was "still in the game and might win the lovely bugger outright." Eventually, he relented and showed up to accept the honor. "Always a bridesmaid, never a bride," he quipped.

19
John Cazale is the only actor to solely appear in Oscar-nominated movies.

Though actor John Cazale only appeared in five feature films before he died of lung cancer at the age of 42, all five of those movies earned Oscar nominations.

Ashley Moor
Ashley hails from Dayton, Ohio, and has more than six years of experience in print and digital media. Read more
Filed Under
Fun Facts • Movies
Read This Next
Latest News
Read This Next