All of the Likely Oscar-Nominated Films You Absolutely Must See

Grab the popcorn and buckle up for the greatest movie night ever.

The official nominations for the 91st Academy Awards won't be revealed until Tuesday, January 22nd. But the Internet is already abuzz with speculation. Everybody, it seems, has their favorites—as well as the movies they really, really don't want to win.

Yes, it wouldn't be an Oscar season without plenty of controversies. There are dark horses already getting more attention than anyone expected; movies originally thought to be sure things are now in serious doubt. And the best thing about getting into heated debates about the Oscars? At the end of the day, it really doesn't matter—which may be why it's so much fun. In a world where friendships can fall apart because of political differences, at least we can all agree to disagree about whether A Star is Born will (or should) sweep the Oscars this year.

Here are 13 movies that have the most buzz heading into Oscar season that you should definitely see because a) they're great movies, and b) you'll be totally up to speed on everything everyone's talking about. And for some Oscar thrills from years past, check out The Biggest Academy Award Shockers of All Time.

The only can't-miss Oscar contender is Bradley Cooper's remake of the 1937 classic by the same name. There's no telling if it'll win—we're still shocked that Lady Gaga didn't take home the Best Actress Golden Globe—but it's a foregone conclusion that it'll be nominated, likely in many categories, from writing to acting to directing to song ("Shallow," which still gives us goosebumps just thinking about it.) And if you're looking for more musicians gone actor, check out the 30 Musicians Who Are Dying to Be Successful Actors.

This gripping and unexpectedly funny biopic of former Vice President Dick Cheney has a lot of Oscar buzz. Not just for star Christian Bale, who's almost unrecognizable (he put on a substantial amount of weight to play Cheney), but also Amy Adams, who plays Lynne Cheney and also writer/director Adam McKay, whose last collaboration with Bale, The Big Short, landed him a Best Adapted Screenplay Oscar in 2016. And for more amazing IRL films, check out the 18 Best Movies Ever Made Based on True Stories.

The biopic of the rock band Queen—the creators of stadium rock like "We Will Rock You" and "We Are the Champions"—has gotten a lot of acclaim from audiences and critics alike, as well as nods from the Screen Actors Guild and the Producers Guild of America. But it's still considered a dark horse, despite the fact that Rami Malek, who played the late Freddy Mercury in the movie, recently won a Golden Globe for his mesmerizing performance.

A civil-rights road movie about a black musician traveling through the Deep South of the 60s… written and directed by the same guy who gave us Dumb and Dumber. And that's not even what makes this movie so controversial. As Vanity Fair noted, "A comedy about race relations, in which the white guy learns that black people aren't so different from him, is the kind of thing that used to win Oscars, but is now, in a hopefully more aware era, largely viewed as placating and problematic."

Either way, Green Book has a lot of supporters, and it will likely at least be nominated for Best Picture, if not other categories. And for some grade-A cinematic trivia, here are 50 Original Titles for Hit Movies We're So Glad Didn't Happen.

5
If Beale Street Could Talk

An adaptation of a 1974 novel, it tells the story of Tish and Fonny, a young black couple in 1970s Harlem, whose lives get thrust into chaos when he is falsely accused of rape. It's a heavy story beautifully filmed by Barry Jenkins, the director of another film that won the Best Picture Oscar, 2016's Moonlight. It's a shoo-in for Best Picture, Director and Writing noms, and Regina King has already walked away with a Critics' Choice Award and a Golden Globe. And for more from the Academy Awards, don't miss these 19 Oscar Records You Will Not Believe.

Superhero movies don't historically get many Oscar nominations, but Black Panther is different. It was, after all, the first comic-book movie to ever be nominated in the Best Drama category at the Golden Globes. Some critics think it "has a better chance at winning over films like Green Book or Bohemian Rhapsody." Black Panther has secured its place in cinema history even without a nomination—it's changed the way Hollywood, and the world, think about the skin color of movie superheroes—but there's a good chance the movie could be the Oscar surprise of the year.

Alfonso Cuarón's semi-autobiographical drama follows a housekeeper (played by newcomer Yalitza Aparicio) for an upper-middle-class family in 70s Mexico City. A simple enough story, but it turns into a sweeping epic that will stay with you long after the final credits. Even the Oscar competition is hailing it as a masterpiece. If Beale Street Could Talk director Barry Jenkins tweeted that Roma is "(expletive) glorious! So wonderful to see an artist operating at peak performance level on such a personal, vigorous piece."

It's not only the first studio-backed movie about Asian Americans in a quarter century and the highest-grossing rom-com in more than a decade, but it could also make Oscar history. Star Michelle Yeoh, who you may remember from 2000's Crouching Tiger, Hidden Dragon, could become the first Asian actress nominated in any acting category in 12 years. And if she wins, she'll become only the fourth Asian actor to ever win an Oscar.

Timothée Chalamet, nominated last year in the Best Actor category for Call Me By My Name, is a high school student that has it all; he's a lauded musician and athlete, the editor of the school paper, and part of a loving family. But he's also a meth addict. The film is a stark look at how addiction can hit anyone. Steve Carell is heartbreaking as his journalist father, who struggles to bring him back time and time again from the physical addiction that gripes his son. Carell has been nominated for Best Actor before, in 2015 for Foxcatcher, but if the critical and audience praise is to be believed, this could be his year.

Ethan Hawke plays a tormented pastor struggling with alcoholism and the death of his son in Afghanistan. It's definitely no feel-good movie, but it's been getting Hawke some of the best reviews of his career. He's also been nominated for Oscar before—at least four times now, in movies from Training Day to Boyhood—and we all know how the Academy loves to reward an actor who's been waiting and waiting to finally get his moment. According to award show predictors Gold Derby, Hawke is in the top six of potential Best Actor winners at this year's awards.

11
Can You Ever Forgive Me?

Based on the true story, this tartly funny tale has Melissa McCarthy in a dowdy wig playing Lee Israel, a celebrity biographer who makes a living forging the letters of dead celebrities. This isn't the first time that the always versatile McCarthy has been in contention for an Oscar—she was nominated for Bridesmaids in 2012—so it's not out of the realm of possibility that the actress, although mostly known for her comedies, could be back in the awards season running this year.

Yet another Oscar buzz-worthy movie based on true story. This one stars John David Washington as Ron Stallworth, the first African American detective in the Colorado Springs Police department, who hatches a plan to take down the local KKK. Spike Lee—who, amazingly, has only won an "honorary" Oscar, and hasn't been nominated since 1998—directs what turns out to be a searingly funny satire about race, so maybe this is his year. It's produced by the same people responsible for last year's Original Screenplay winner, Get Out. 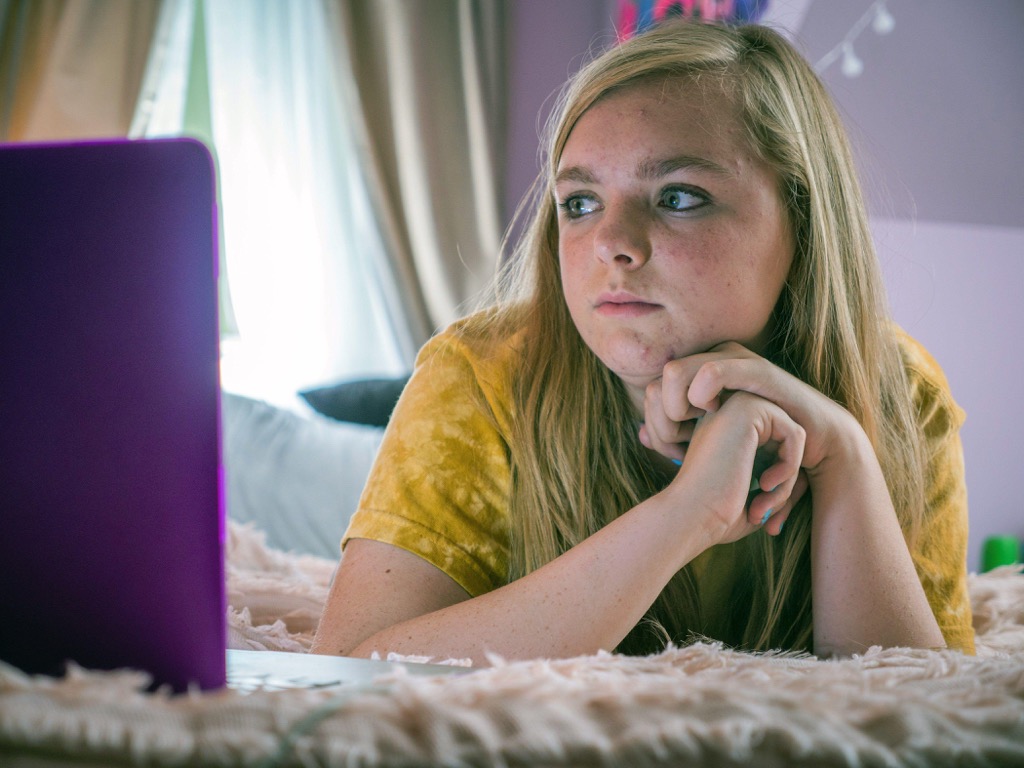 The best film of the year by far. Well, if you're asking the editors of Best Life.

At once touching, harrowing, and utterly hilarious, Eighth Grade follows a sweet, charming, and utterly hapless girl named Kayla as she struggles to navigate the soul-crushing social world of her middle school. Molly Ringwald, the all-time greatest teen movie actress, Tweeted, "It's the best movie about adolescence I've seen in a long time. Maybe ever." We'd have to agree. You'll fall in love with Kayla and her hilariously inept father—while thanking god you're not in middle school in 2019—but you'll come away from the film asking larger questions about the role of social media in our society. And to see how Hollywood's biggest night can quickly fade into obscurity, check out these 15 Best Picture Oscar Winners Nobody Likes Anymore.