These movies won big. Whether they deserved it is another question.

The Academy Awards are, without a doubt, Hollywood's most prestigious honor. However, while nabbing an Oscar can set up recipients for massive future success, not all Oscar winners withstand the test of time.

Many films that seemed like game-changers at the time feel dated, silly, or downright offensive when we look back on them a few years later. Case in point: these Oscar-winning movies that have fallen out of favor in recent years. However, when you want to brush up on the classics, the 20 Iconic Films You Should Have Watched By Now definitely won't disappoint.

Paul Haggis' 2005 film, Crash, which focuses on racial tensions in Los Angeles through a series of interconnected plotlines, may have won the Oscar for Best Picture, but it's not the movie we once thought it was. The film only skims the surface of the racial issues it touches on, but manages to insinuate that doing one good thing makes up for being a generally racist person. The Awl went so far as to describe the film as "The most loathsome best picture of them all," while author Ta-Nehisi Coates called it the "worst movie of the decade." Luckily, you can always was the taste of those bad films out of your mouth with the 37 Movies Every Man Over 40 Should Be Able to Quote. 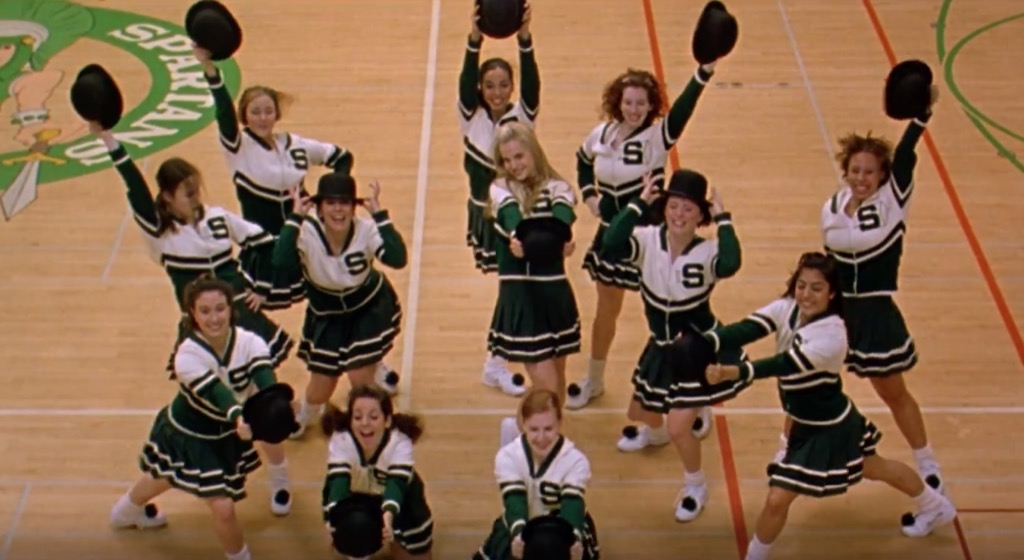 In 1999, Sam Mendes-directed American Beauty felt like a revelation. Its six Oscar wins, including those for Best Actor, Best Director, Best Original Screenplay, and Best Picture only seemed to confirm its brilliance. However, looking back, its seemingly unique perspective on beauty, conformity, and desire come across as stale.

Today, the Lolita plot line is gross and overdone, its perspective on middle-class marital decay is hardly novel, and a teenage boy calling a floating plastic bag "the most beautiful thing I've ever filmed" to his crush still makes us cringe. Stereogum's Gabe Delahaye explains the film's problems perfectly in his characterization of its author: "Alan Ball has made has made a cottage industry of creating garbage soap operas described as something else." And while you should never quote American Beauty to your partner, making use of the 32 Ways to Change His Behavior Using Movie Quotes is still pretty fun. 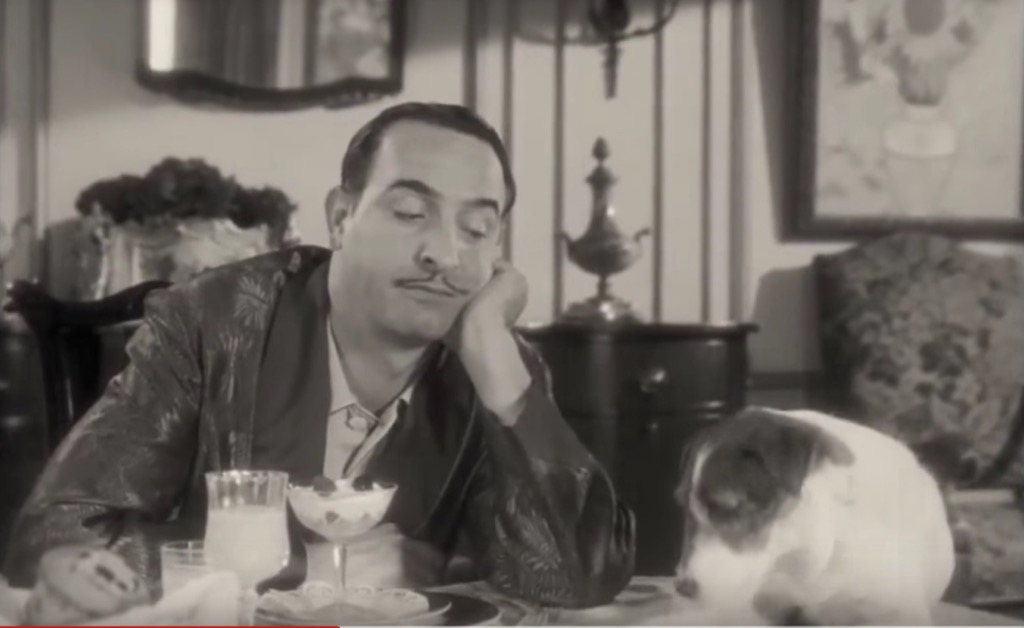 The Artist, which won the Oscars for Best Picture, Best Actor, and Best Director in 2011, is certainly a delight. However, the format of this silent, black-and-white film offered little opportunity for true character development, making its protagonists seem two-dimensional.

Described as "slight and contrived" by The Economist, this movie lacked the emotional payoff we usually expect from Best Picture winners. And while the dog was cute, it wasn't that cute. Besides: Literally no one has mentioned this movie since 2011. For more from the cinema's Hall of Shame, here are the 30 Worst Movie Endings of All Time. 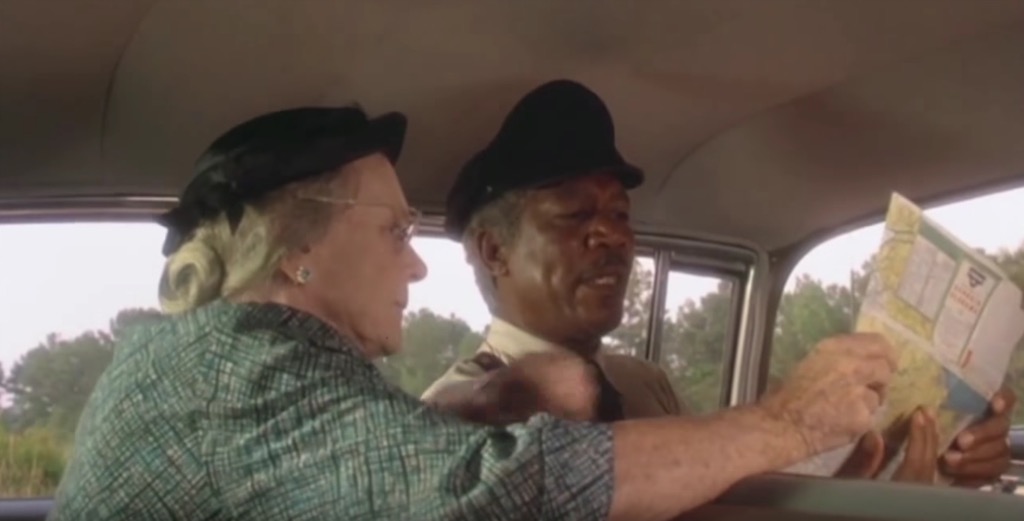 The 1989 film Driving Miss Daisy, which won the Oscar for Best Picture, is one of those films that most studios probably wouldn't touch these days. While stars Jessica Tandy and Morgan Freeman give it their best, it's been criticized as an overly-nostalgic look into the past, and one that doesn't do much in the way of providing its black characters fully fleshed out personalities. 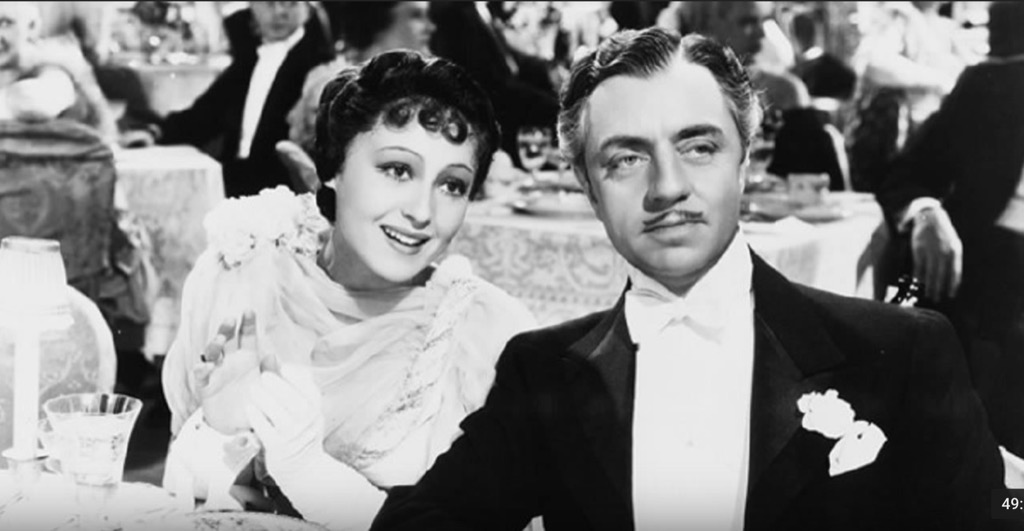 While 1936's The Great Ziegfeld is a fun film to watch, when compared to the more nuanced Best Picture winners that followed it, it seems like an odd choice. Although its musical numbers are undeniably impressive, its lavish sets and costumes are far better than its plot or acting, earning it the apt description of "amazingly dull" by The Chicago Reader's Dave Kehr. And for more fun Hollywood coverage, here are the 30 Celebrities You Had No Idea Were Related.

Although 1990's Dances With Wolves won the Academy Award for Best Picture, it's hardly the triumphant epic audiences took it for at the time. In addition to countless inaccuracies regarding the Lakota language, the movie has also been widely criticized for its use of the "white savior" trope. And for more entertainment world coverage, here are the 20 Craziest Hollywood Rumors of All Time. 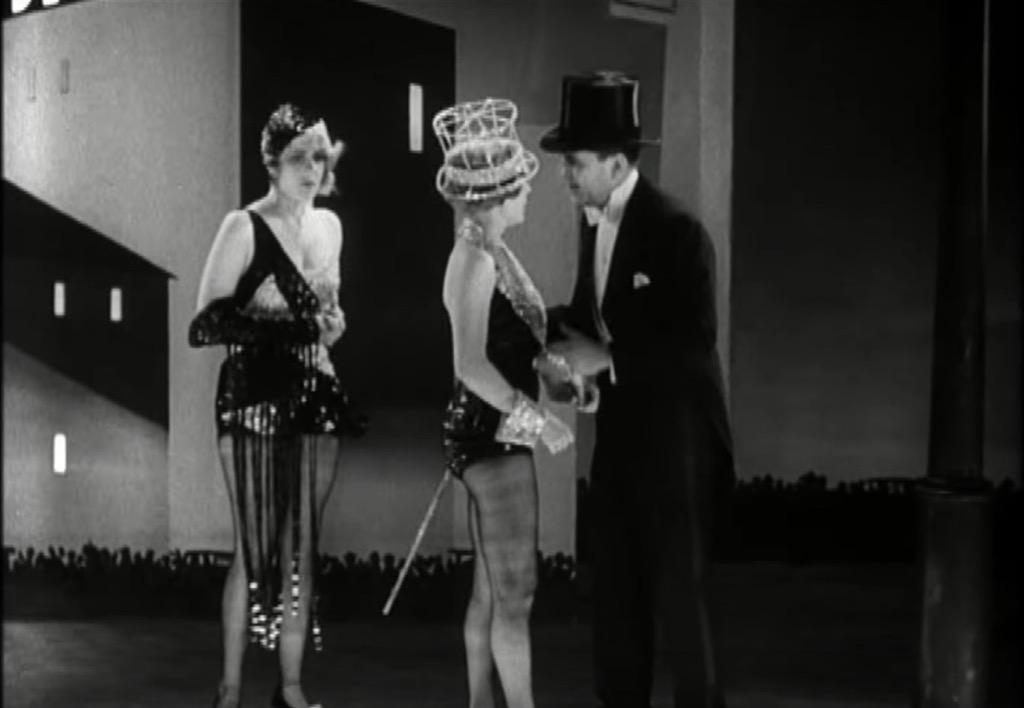 Is 1929's Broadway Melody fun? It sure is. It's full of enjoyable little dance numbers and extremely light turmoil, like when one character tries to ruin the other's musical revue by sabotaging their piano. However, when compared to current film standards, a Best Picture-worthy movie, it ain't.

This 1956 film adaptation of Jules Verne's classic novel may have taken home the Oscar for Best Picture, but critics are still eager to debate whether or not it deserved such high praise. While its star-studded cast, which includes David Niven, Shirley MacLaine, and cameos by Noel Coward, Reginald Denny, and Charles Coburn, is certainly impressive, the whimsical film is fun, but not much more.

Yes, I know. We all still cry when (spoiler alert!) Jenny dies, but you have to admit it: This film, a certified hit in the 1990s that you'll still see on cable, has not aged gracefully.

1994's Forrest Gump won six Academy Awards, including Best Picture, Best Director, and Best Actor—and won over the hearts of countless viewers for its portrayal of a developmentally-delayed man whose life happens to intersect with countless historical events—but it seems more than a little ham-fisted by today's standards. In addition to the uncomfortable portrayal of Forrest, whom the movie alternately posits as both punchline and hero, the movie's female characters are hardly fleshed out, and tend to die when they're no longer convenient to the plot. In 2018, this film has no shot. 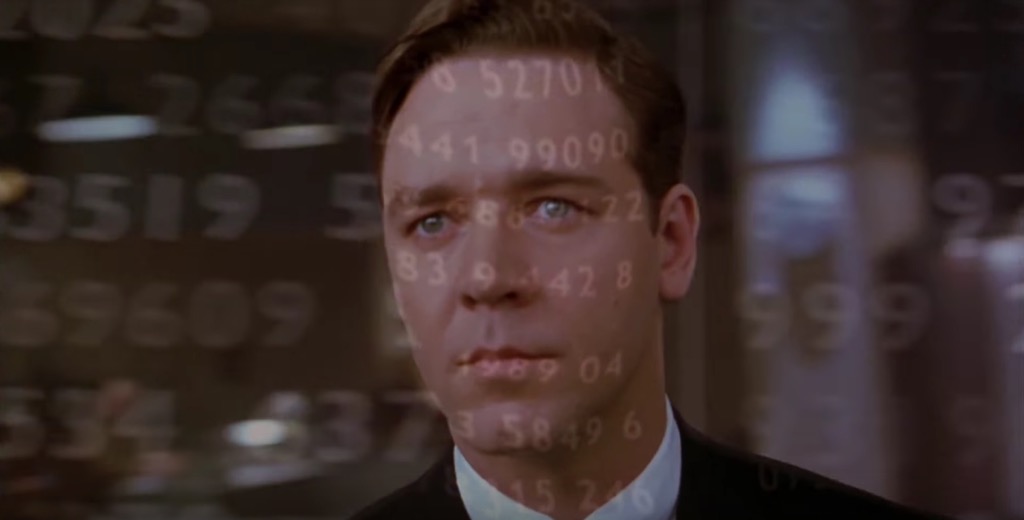 While based on an undeniably interesting subject, 2001's A Beautiful Mind, which won five Academy Awards, including Best Picture, paints a simplistic portrait of a complex man. While the film was lauded for its portrayal of Nash's mental illness, critics were less-than-thrilled with how much it glossed over the uglier parts of Nash's life in favor of a sanitized story. But most tellingly: When was the last time you watched A Beautiful Mind? It's as if the movie no longer exists. 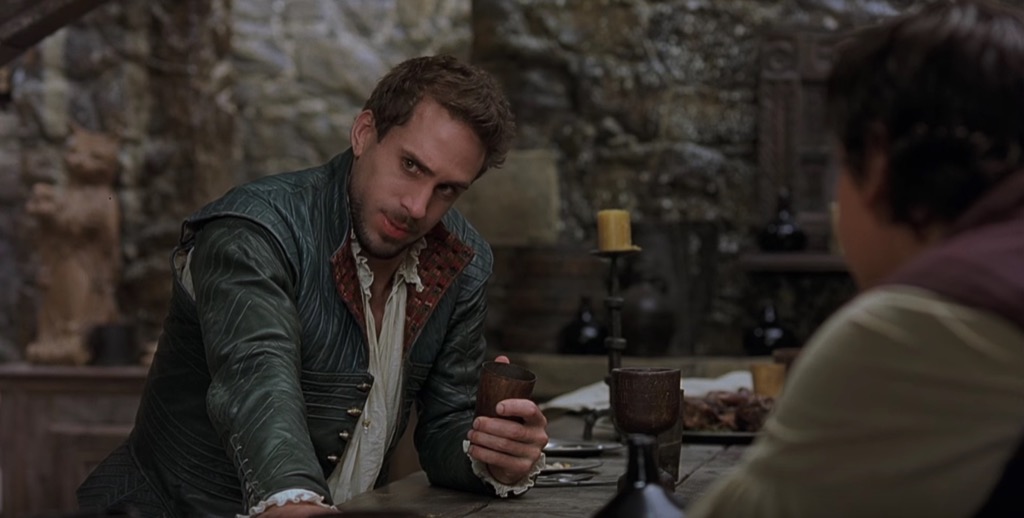 Although the 1998 romantic period drama nabbed the Best Picture, Best Actress, Best Supporting Actress, and Best Original Screenplay Oscars, it seemed like an odd choice for that year's big prizes. The movie feels more like lighthearted romantic comedy than a great film, especially in comparison to that year's other nominees, like Life is Beautiful, Saving Private Ryan, and The Thin Red Line.

12
The Greatest Show on Earth 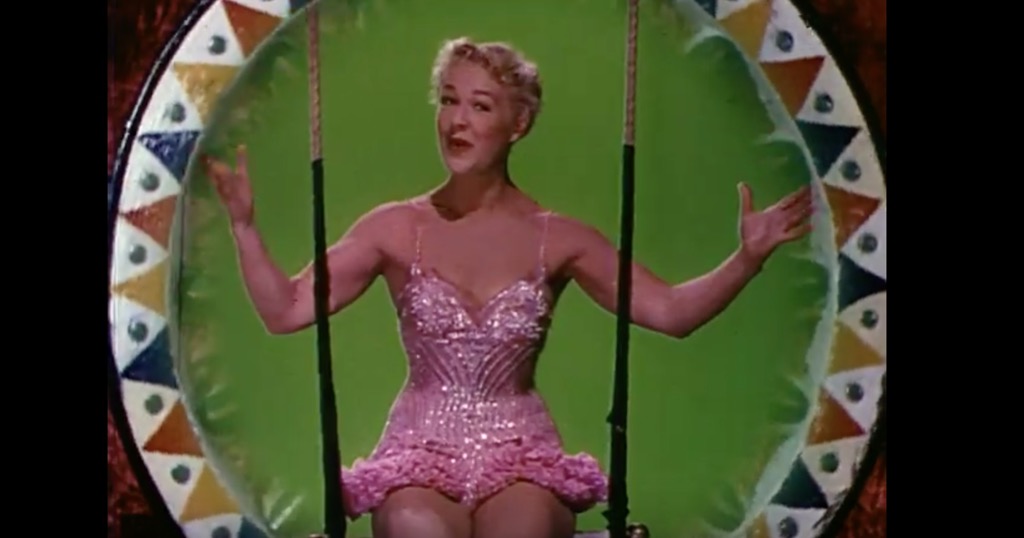 This 1952 Cecil B. DeMille-directed film, which won the Oscar for Best Picture, feels schlocky by today's standards. While the story packs all the functional elements of a circus, it has none of the artistry, excitement, or talent. 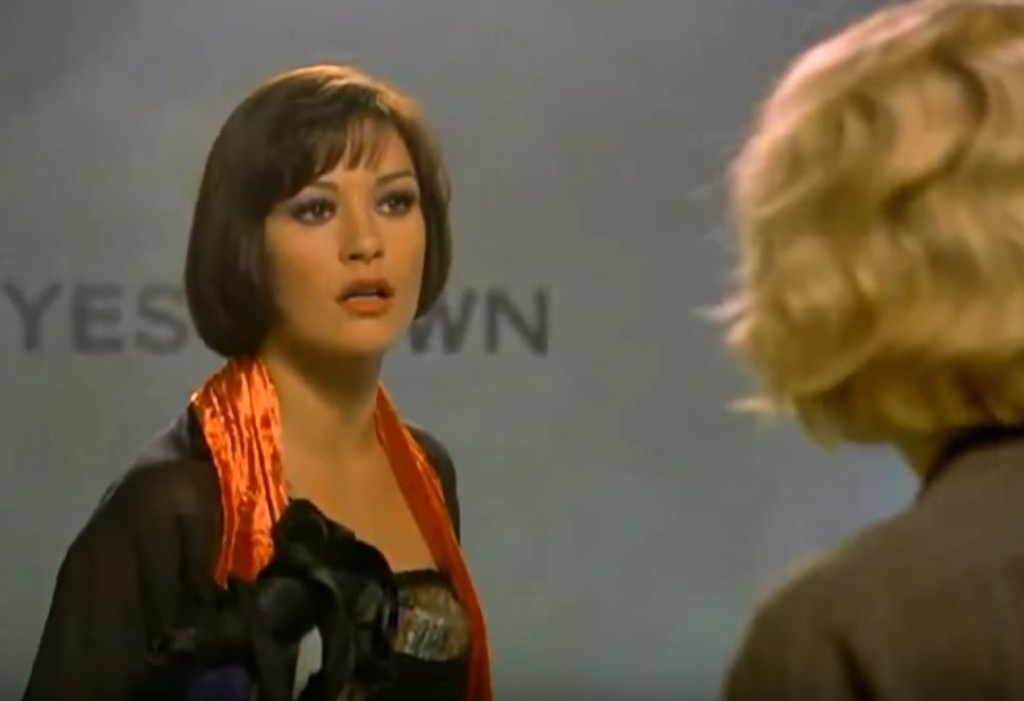 The 2002 movie musical Chicago, which took home the Academy Award for Best Picture, is a fun film, but not a great one. Despite its six Oscar wins, the movie doesn't have the gravitas we expect from most Best Picture winners, especially when you consider that it was up against movies like The Pianist and The Lord of the Rings: The Two Towers. And for more fun culture coverage, here are the 30 Most Hilarious Bill Murray Encounters. 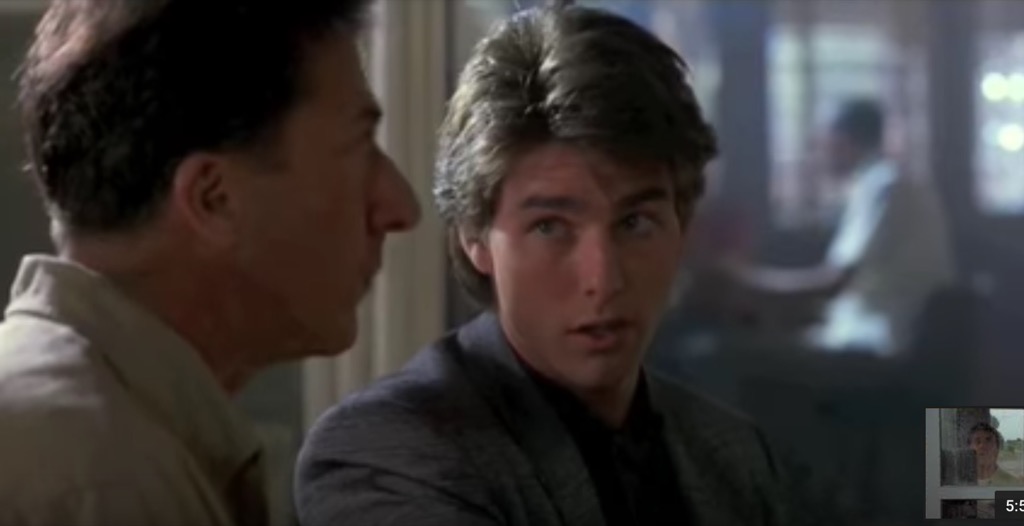 Although 1988's Rain Man won four Academy Awards, including Best Picture and Best Actor, many believe its accolades to be undeserved. The movie has been criticized for its portrayal of autism, in addition to its overly sentimental nature, with The Washington Post describing Hoffman's performance as a "failure" and The New Yorker calling the film "wet kitsch."

The 2000 action epic Gladiator went home with five Oscars, including the awards for Best Picture and Best Actor. But in 2018, it's an anachronistic mess. While the errors in costuming, set design, cinematography, and general history are bad, the film itself is little more than an action movie gussied up as the story of what it means to be a great man versus what it means to be a moral one.

And as for the writing, Roger Ebert said it best: "[Gladiator] employs depression as a substitute for personality, and believes that if the characters are bitter and morose enough, we won't notice how dull they are." Of course, Gladiator still seems like a masterpiece compared to the 30 Worst Madame Tussauds Celebrity Wax Figures Ever.

Sarah Crow
Sarah Crow is a senior editor at Eat This, Not That!, where she focuses on celebrity news and health coverage. Read more
Filed Under
Entertainment • Movies
Read This Next
Latest News
Read This Next