United Airlines Is Cutting 50 Flights a Day From This Major City, Starting July 1

The schedule changes represent a 12 percent cut in its departures from this airport.

The last two and a half years have made it hard for the airline industry to catch much of a break. After contending with low sales brought on by the pandemic, carriers are now overrun with demand for flights just as severe staffing shortages and operational issues have created chaos in the form of mass delays and cancellations. To get ahead of any logistical problems, some airlines have begun paring back their schedules to ensure planes can still leave relatively on time. But now, United has announced it's cutting 50 flights a day from this major city. Read on to see which airport will see a significant reduction in departures as of July 1.

READ THIS NEXT: Delta Won't Let You Do This on Flights, Effective Immediately.

United has been shifting its schedule for months due to changes in demand and staff availability. 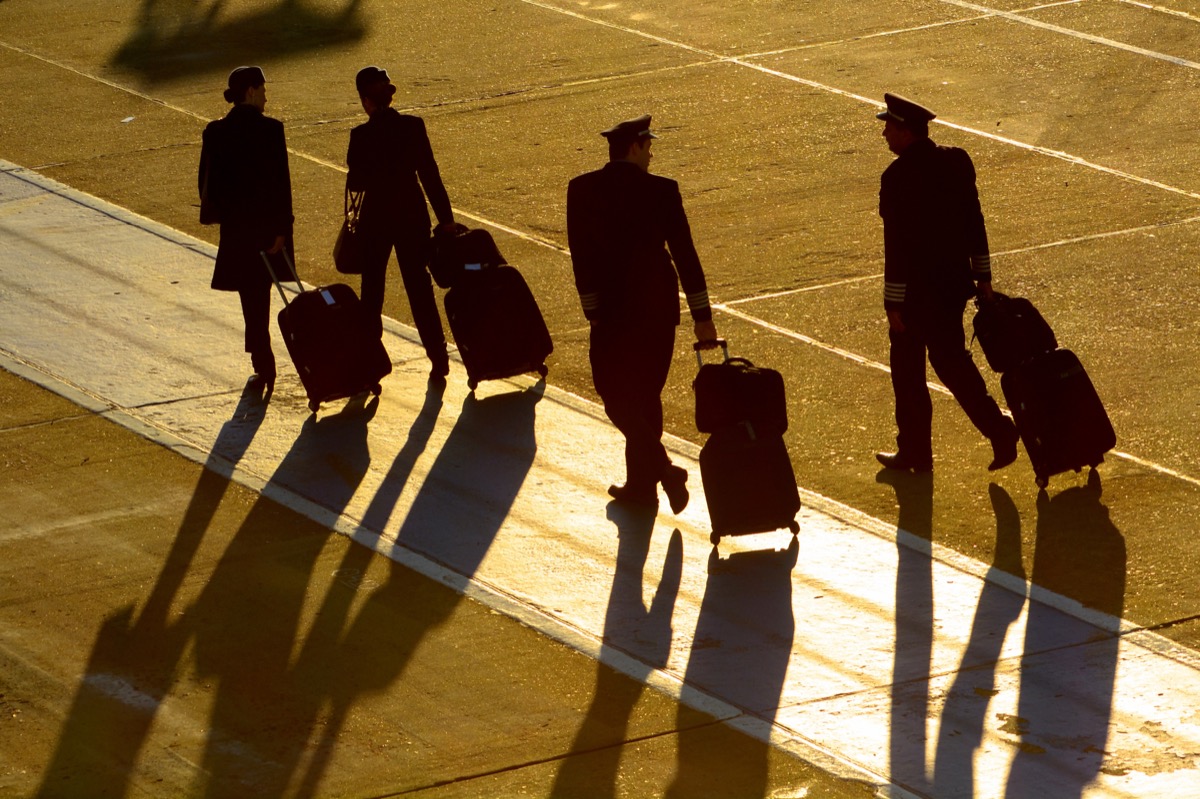 There's no doubt that the last few months have seen a significant rebound in air travel. According to data from the Transportation Security Administration (TSA), 2,186,631 travelers passed through security checkpoints on June 22, marking an increase from 1,801,329 on the same date last year and falling just short of the 2,594,661 reported in pre-pandemic 2019. But despite the surge in passengers helping to provide a much-needed steady stream of revenue, airlines such as United have struggled to get travelers to their destinations as pilot shortages and other operational challenges have become more of an issue. And so far, a typical response has been to cut back flights.

In May, United announced that it would be cutting flights to eight major cities over June due to a shortage of available aircraft in its fleet, The Points Guy reported. The changes suspended service from Newark to Maui (OGG), Honolulu (HNL), and Tokyo (NRT), as well as between Washington Dulles (IAD) and Sao Paulo (GRU), Geneva (GVA), and Honolulu, as well as suspended flights from Dulles to Dublin from June 4 through June 30.

And in March, the carrier announced it would be discontinuing seasonal summer routes from Cleveland Hopkins International Airport to Pensacola, Florida, and Portland, Maine, as well as to the popular summer vacation destinations Hilton Head and Myrtle Beach in South Carolina due to staffing shortages, Cleveland.com reported. But now, United has announced another schedule reduction that will greatly affect one of its biggest hubs.

United just announced it was cutting 50 flights daily from one of its hub airports.

On June 23, United Airlines announced that it would be temporarily cutting 50 daily flights from its hub at Newark Liberty International Airport to help the carrier avoid logistical issues, delays, and cancellations ahead of the busy summer travel season, Reuters first reported. The cuts will represent a 12 percent reduction in departures from the 425 daily flights it currently operates when they go into effect on July 1.

According to the airline, the schedule change will only affect domestic flights, and no markets are being exited entirely due to the cuts, per USA Today. Connecting flights will also still be available through the hub.

The airline is hoping to reduce the likelihood of delays and cancellations in the coming months.

United's move comes a month after it wrote a letter to the Federal Aviation Administration (FAA) complaining that an overcrowded schedule during peak hours was "creating a crisis" at the airport, CNN reports. On June 17, the agency responded by granting the airline the right to temporarily drop some of its flights due to concerns the carrier expressed over construction and air traffic control staffing, according to Reuters.ae0fcc31ae342fd3a1346ebb1f342fcb

"After the last few weeks of irregular operations in Newark, caused by many factors including airport construction, we reached out to the FAA and received a waiver allowing us to temporarily adjust our schedule there for the remainder of the summer," Jon Roitman, executive vice president and Chief Operations Officer for United Airlines, said in a company memo on June 23.

However, he added: "We do not anticipate any schedule changes at our other six domestic hubs this summer."

Roitman explained that the changes were a preemptive move unrelated to the staffing or aircraft shortages that led the carrier to make its previous cuts. "Even though we have the planes, pilots, crews, and staff to support our Newark schedule, this waiver will allow us to remove about 50 daily departures which should help minimize excessive delays and improve on-time performance—not only for our customers, but for everyone flying through Newark," he said in the memo.

Other major airlines have recently cut flights from their schedules for other reasons.

United isn't alone in cutting flights to ease logistical headaches. Delta released an updated schedule this week that showed it would be dropping departures between seven major cities, The Points Guy reported. The changes will affect direct flights between larger markets, dropping service between Atlanta (ATL) and Colorado Springs (COS), Atlanta and Oakland (OAK), and Detroit (DTW) and Sacramento (SMF), while also scrapping planned service between Boston (BOS) and Memphis (MEM) initially planned to start on Sept. 6.

The move came less than a month after the airline announced it would be cutting around 100 daily flights from its schedule from July 1 through Aug. 7 to help avoid scheduling snarls. "This will build additional resilience in our system and improve operational reliability for our customers and employees; we'll continue to proactively adjust select flights in the coming weeks," the company wrote in a press release, The Points Guy reported.

And in April, JetBlue announced it would be cutting back its schedule over the summer by temporarily suspending and permanently dropping certain routes, Insider reported. Overall, the changes affected nine destinations.

"We want customers who love the JetBlue experience to have confidence we will deliver it to them this summer," Joanna Geraghty, the airline's president and COO, told Insider. "We let our crewmembers and our customers down in April, and we must perform better. The investments we're making will help reduce delays and cancellations during the busiest travel period."

READ THIS NEXT: Never Do This When Ordering a Drink, Flight Attendants Warn.