These Are the Jobs With Crazy High Divorce Rates

Work-life balance is tricky, especially in these fields.

The majority of people are with their work husbands and wives more than they're with their actual spouses. A 2017 HP Inc. survey found that 56 percent of American employees spend more time with their "work families" than they do with their real families. So it's probably no surprise that your job has a tendency to cause stress at home. A lack of work-life balance could eventually lead to the dissolution of your marriage. And it turns out, certain jobs have particularly high divorce rates, as a 2017 study conducted by Nathan Yau for Flowing Data revealed.

Analyzing information from the U.S. Census Bureau's Five-Year American Community Survey for each occupation, Yau calculated the percentage of people who divorced out of those who married at least once. "Those with certain occupations tend to be from similar demographics, which then factors into how the individuals live their lives," Yau explained. With that said, read on to find out the jobs with the highest divorce rates in the United States, presented in descending order. And for more insight into divorce, check out 25 Secrets Your Divorce Lawyer Won't Tell You. 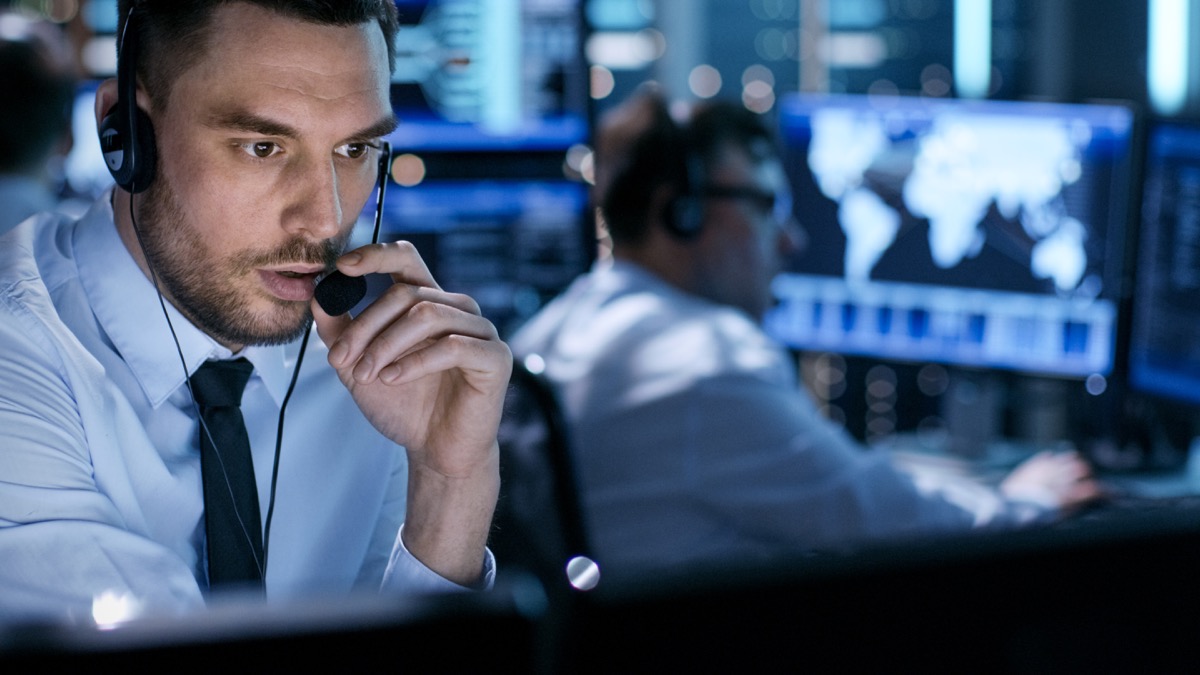 Those who take calls to dispatch police cars, fire trucks, and ambulances have a relatively high divorce rate: 46.6 percent, to be exact. And that could be because of a high level of work-related stress.

A 2009 study published in the Journal of Personality and Social Psychology found that spouses dealing with stress outside of their marriage—from their jobs, for example—perceived their relationships more negatively, which could be a recipe for divorce. 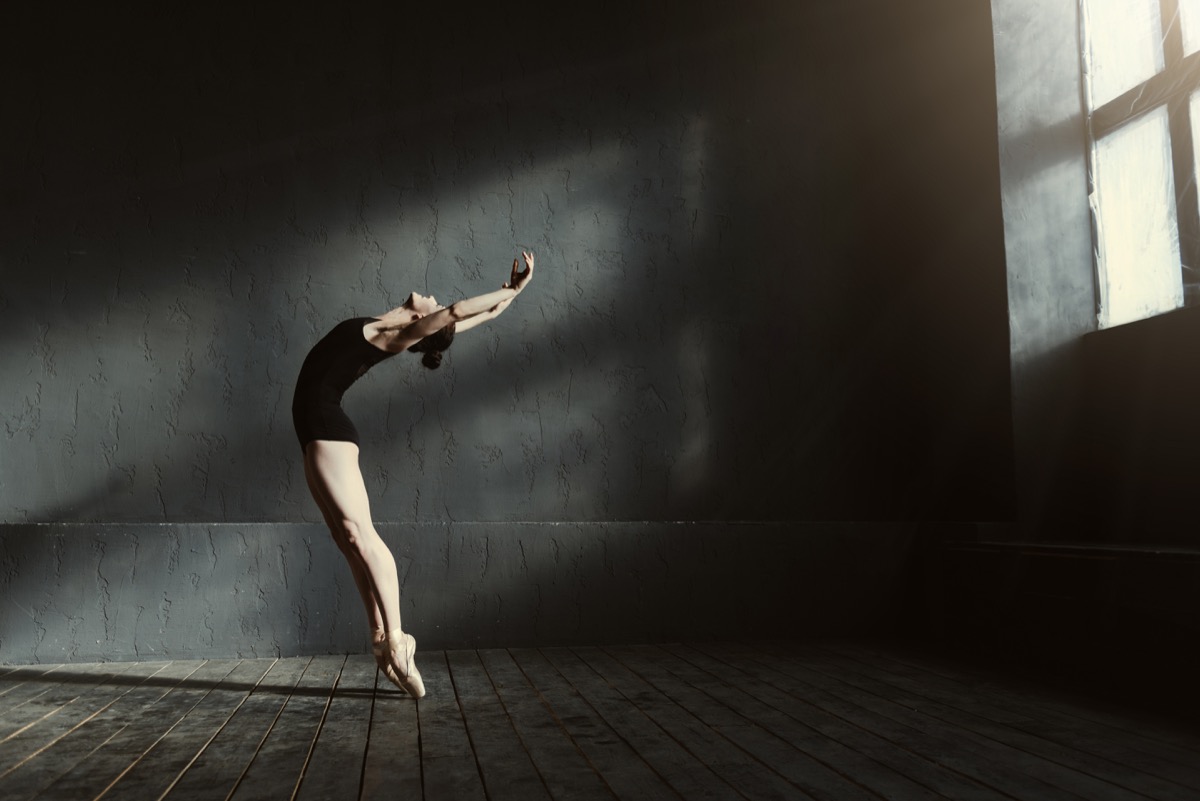 While they may be adept at communicating emotions through movement, dancers and choreographers seem to struggle in their personal relationships, according to the Flowing Data study. For those in this field, approximately 46.8 percent of marriages fall out of step and end in divorce.

The reason could stem from jealousy that comes with this line of work. "It's easy to get a feeling that something isn't right when watching your partner dancing with others," explained professional ballroom dancer Ian Crewe. "And yet, those feelings can often be distorted, causing you to take rash actions, like shouting at your partner in public." 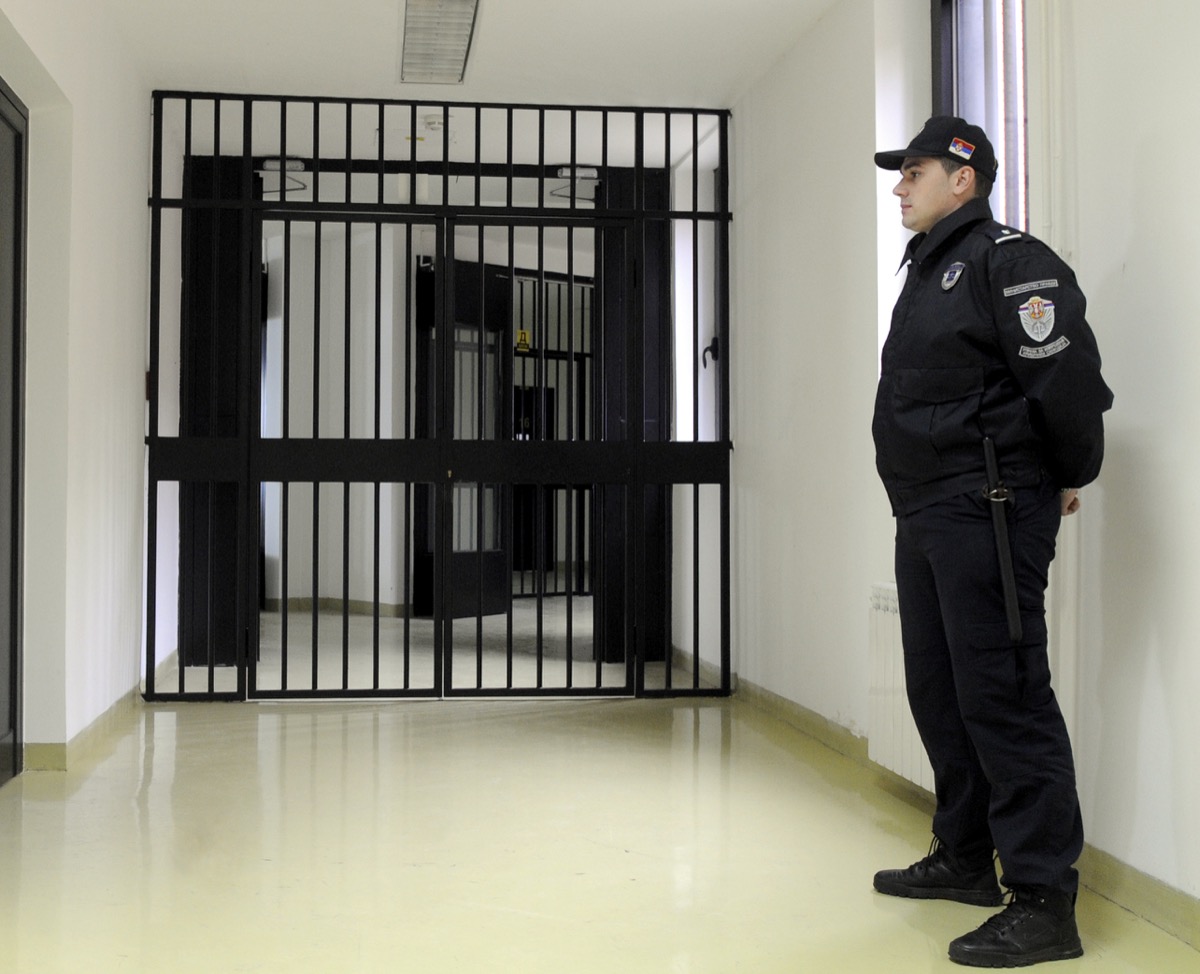 Just like dispatchers, first-line supervisors of correctional officers experience a high level of stress, leading them to feel unhappy outside of work, including in their marriages. According to the Flowing Data study, 46.9 percent of supervisors will sign divorce papers at least once.

According to a 2013 study from Desert Waters Correctional Outreach, 31 percent of corrections officers suffered from PTSD, which is more than four times the national average, Newsweek notes. And if they're not properly dealt with, mental illnesses can lead to divorce down the road. A 2015 study published in BMC Public Health found that "divorce was significantly higher in couples with one mentally distressed partner than in couples with no mental distress." 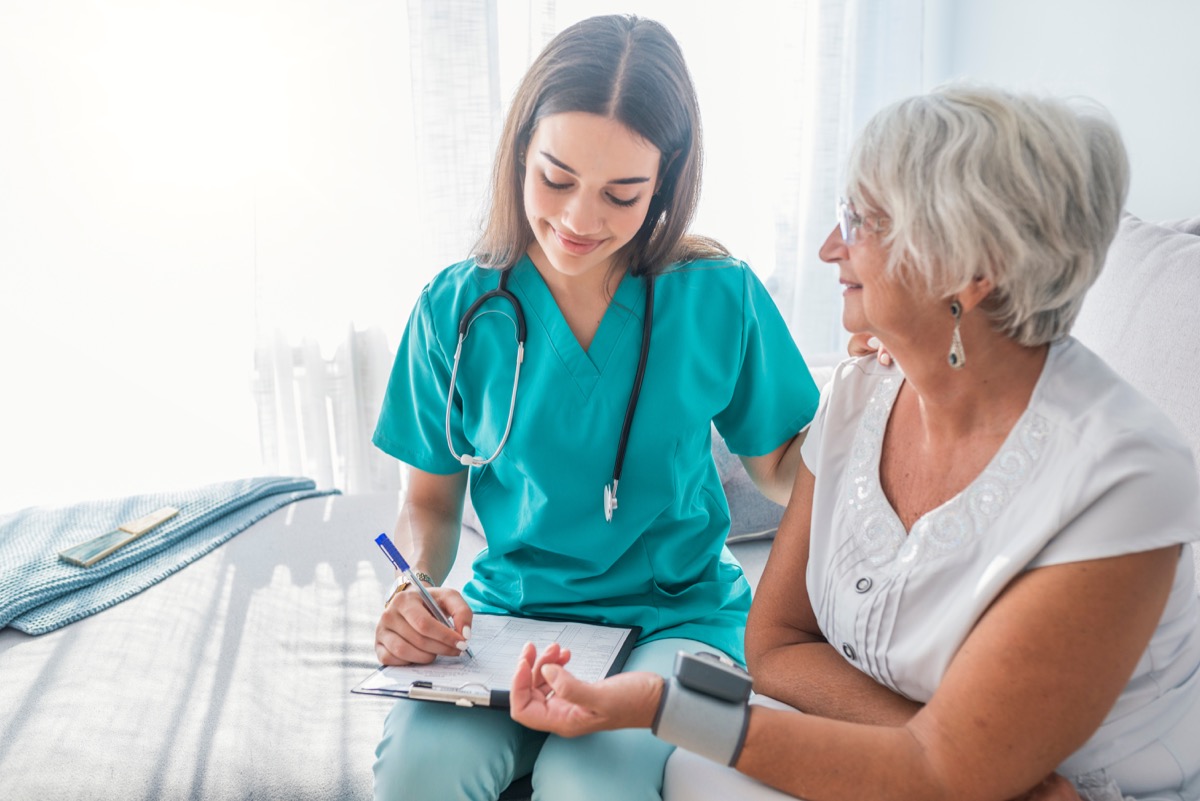 Though nurses are known for having a high level of empathy and dedication to their patients, it appears that they struggle in their marriages: 47 percent of licensed practical and vocational nurses get divorced.

"Among the contributing factors are long hours (including weekend/holiday shifts), mandatory overtime, inadequate pay, short staffing, and demanding patient care," wrote Nanette Wiser on NursesChoice.com. "Coming home to care for small children, paying bills and doing housework interferes with [spousal] quality time and communication. A lack of empathy is another factor; some nurses feel that no matter how much their spouse listens, they don't understand the stress a nurse endures on the job." 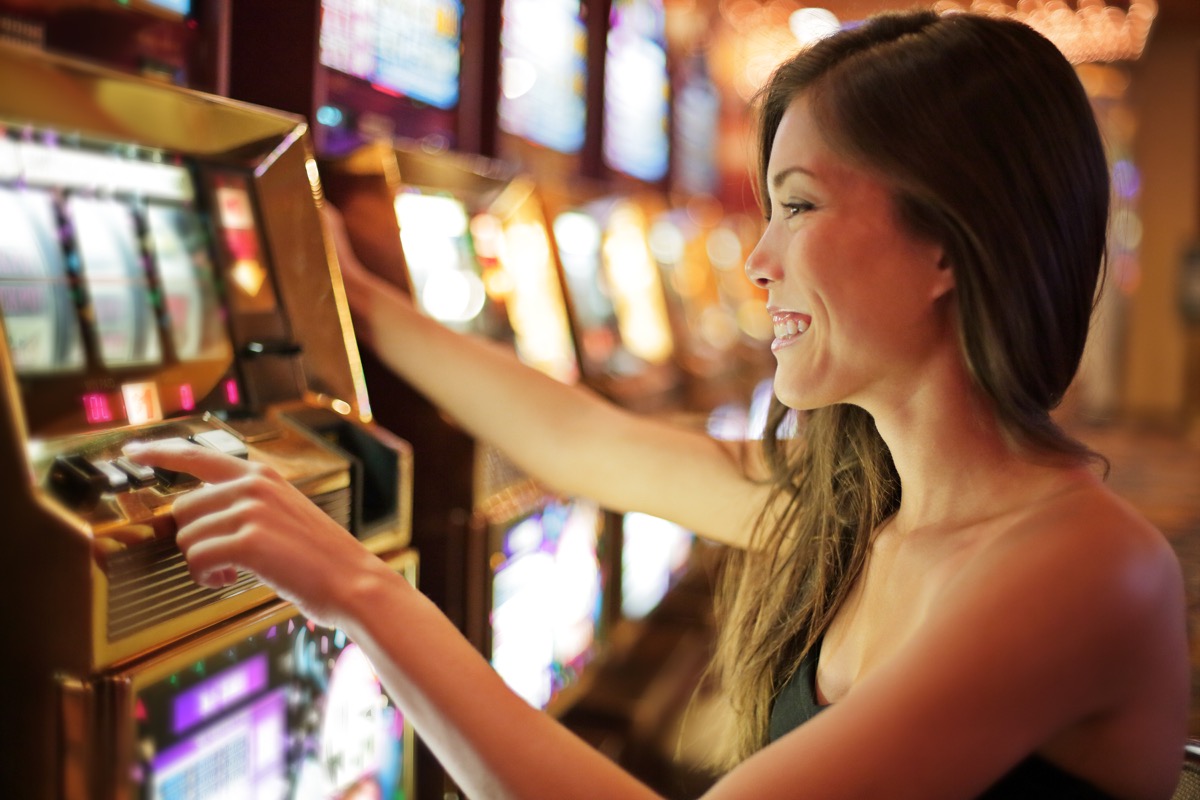 "There is a certain lifestyle that isn't bargained for," Sabina Ubell, director of Jewish Family Services, which has counseled a number of casino employees, told Christian Science Monitor. "There are a great many pressures, long hours, short breaks—especially for dealers. The whole business can be very stressful to the body and the mind."

Ironically, those who get paid to help you maintain your zen may be very stressed at home. About 47.8 percent of massage therapists employed in the United States will end up divorced, according to the Flowing Data study. "These folks make a living doing something that involves a lot of intimate touch," explained marriage and sex educator Paul Byerly. "That kind of touch has an emotional effect on both parties."

One woman whose husband was in a massage therapy training program echoed those concerns, noting on GoodTherapy.com that she felt "very threatened." "I am 57 years old and he is out there rubbing 25-year-old women with no clothes on. He loves it," she wrote. "Honestly, most women would hate being married to a man who is in constant physical contact with other women. There is only so much groping a person can do in the name of therapy." 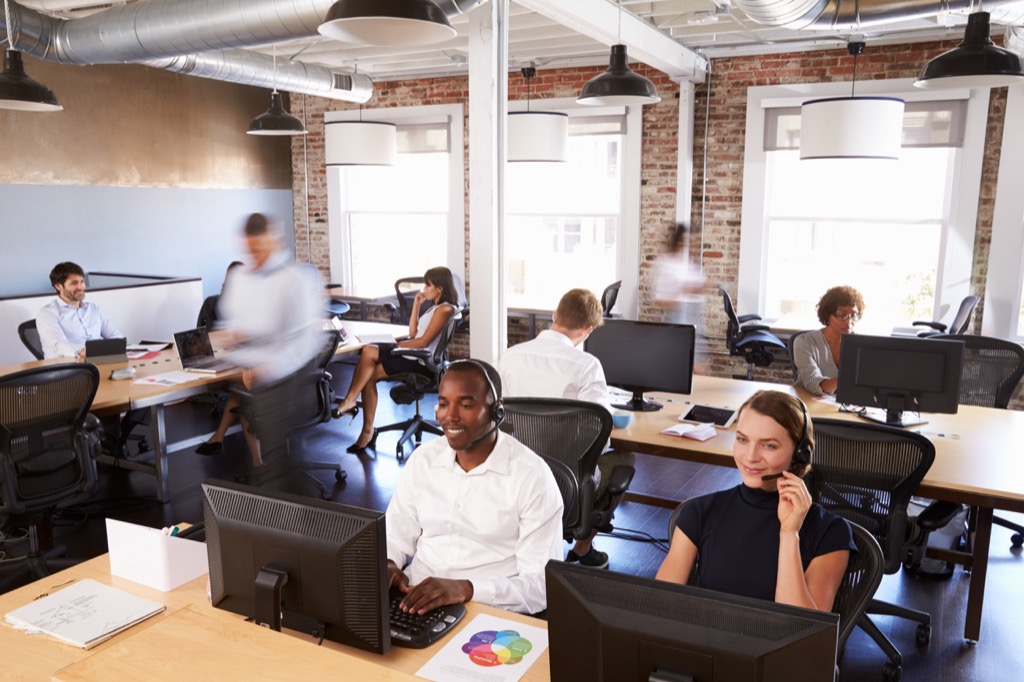 According to the Flowing Data study, a whopping 47.8 percent of telephone operators get a divorce. The Bureau of Labor Statistics (BLS) reports that this occupation is one of the fastest declining jobs in the United States. That constant fear of being let go can put a strain on a marriage, as can unemployment, of course.

In 2011, Liana C. Sayer, a professor at Ohio State University, published a study on unemployment and divorce in the American Journal of Sociology. Her research found that when a man is unemployed, his wife is more likely to want a divorce. But he is also more likely to initiate a divorce himself, even if he was previously happy in his marriage.

Factory workers, as it turns out, have some of the highest divorce rates out there. And those who set up and operate machinery that forms glassware, rubber, soap, brick, tile, cosmetics, food, etc. are some of them. In this male-dominated industry, 48.8 percent of people get divorced at least once during their lifetimes.

"Generally speaking, these jobs do not pay a particularly high salary or wage," Steven Fernandez, a certified family law special, explained. "Long hours and low wages can be a disastrous combination in a marriage."

With the monotonous and grueling labor involved in this field of work, 48.9 percent of those involved in textile knitting and weaving operations wind up getting divorced.

"What strikes me about these professions is that there appears to be shift work involved," Patricia M. Barbarito, a managing partner at Einhorn Harris law firm in New Jersey, told Prevention. "One could speculate that the lack of a routine or schedule makes it difficult to stay connected and therefore to remain married." 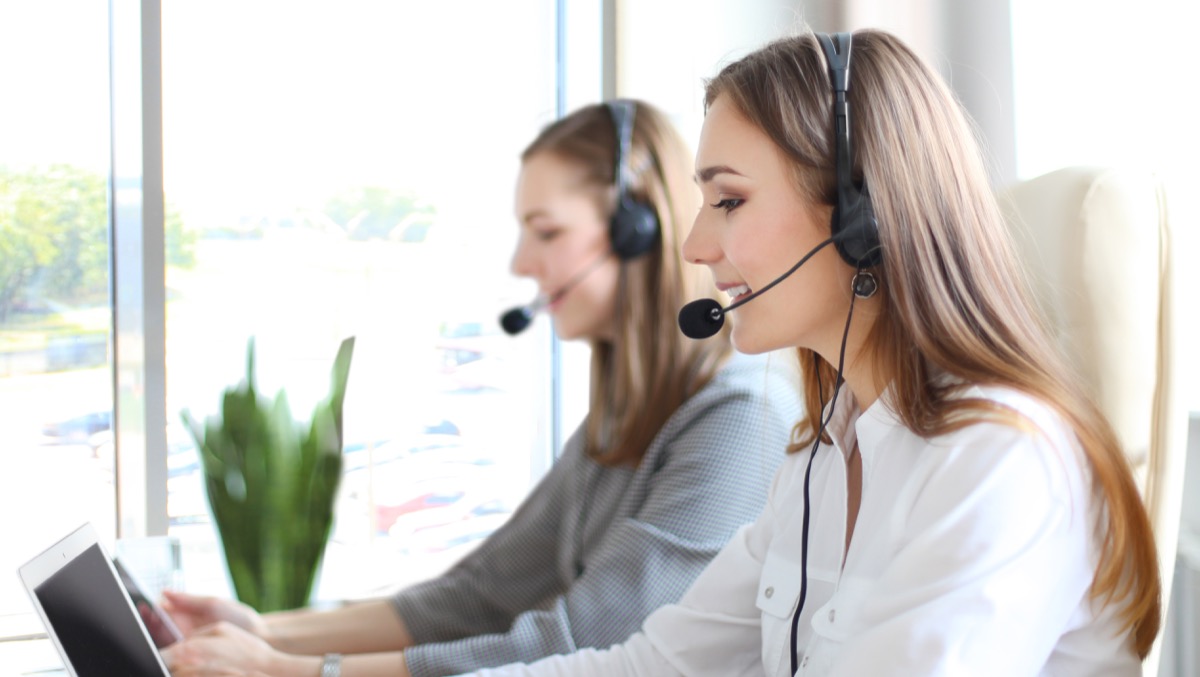 The Flowing Data study found that approximately 49.2 percent of telemarketers eventually get divorced, which again could be because of work-related stress.

"Telemarketers have apparently drawn the short straw in life: They get to listen to people all day who hang up on them, yell at them, and be discourteous, then they have to go home and be kind in their marriage," Amy Saunders, a family law and divorce attorney based outside Boston, told Prevention. "Work does spill over into life, and it can either build you up or break you down." 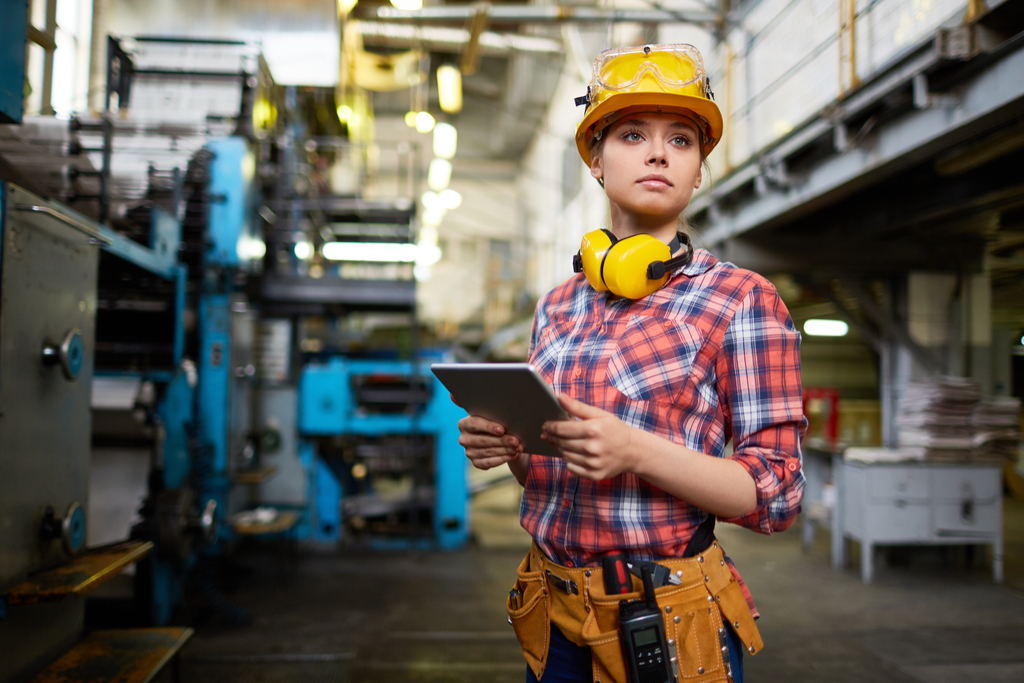 Yet another factory job that leads to the dissolution of marriages is operators of machines that extrude or draw plastic or metal into tubes, rods, hoses, wire, bars, etc. These workers have a 49.6 percent divorce rate and that could be because of money.

The average employee in this field earns $13.22 per hour, and it turns out, those with low-income jobs are less likely to be happy in their marriages. According to Bloomberg, only 53 percent of those who describe themselves as lower class rate themselves as happy in marriage, compared to 70 percent among the upper class. Unfortunately, "the people who are most likely to get divorced have the least resources to deal with its impact, particularly on children," Penn State sociologist Paul Amato told Time. 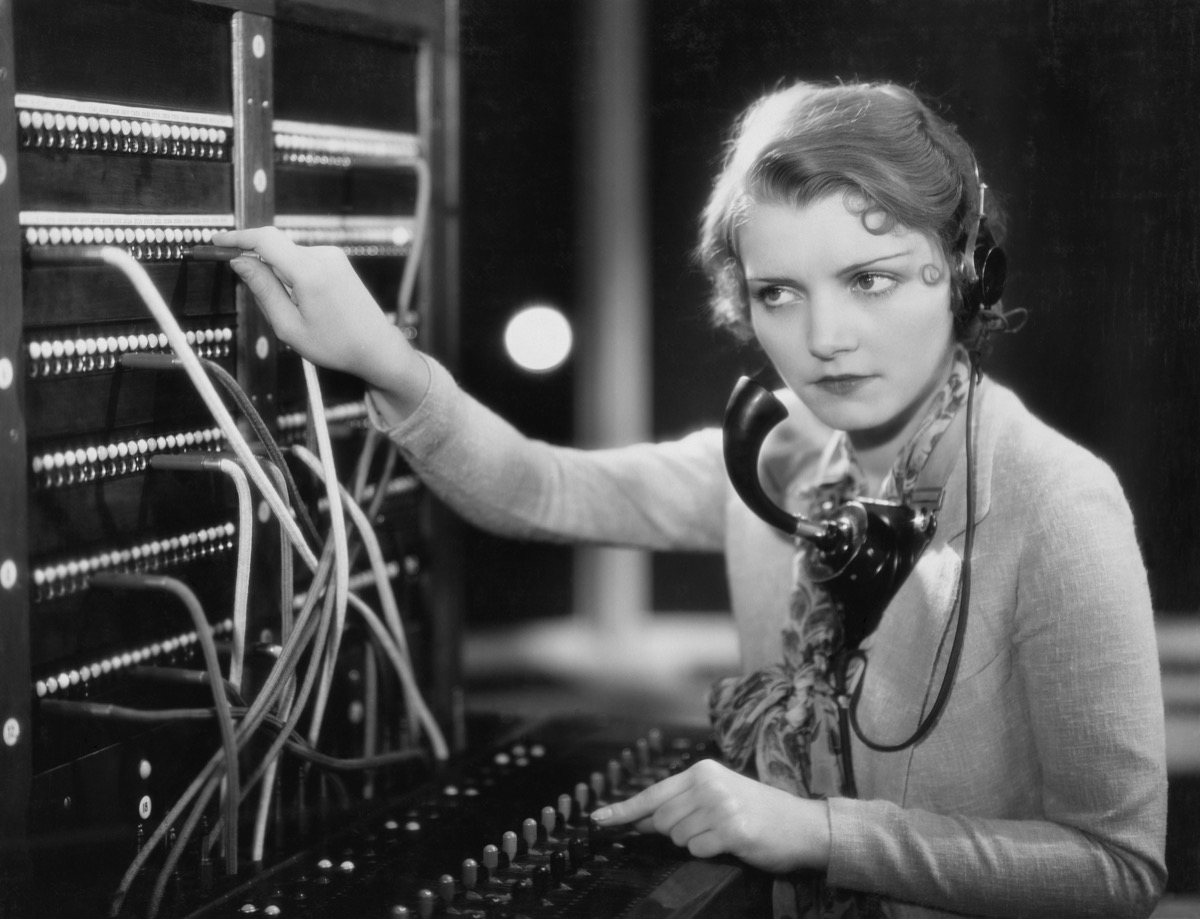 With the average switchboard operator earning $12.91 per hour, money might end up being the reason an alarmingly high number (49.7 percent) of those who do this job end up divorced.

It could also be about the interpersonal element of this profession. "Switchboard operators interact on the telephone with many people, and I wonder if those conversations could lead to relationships being developed," Barbarito told Prevention. 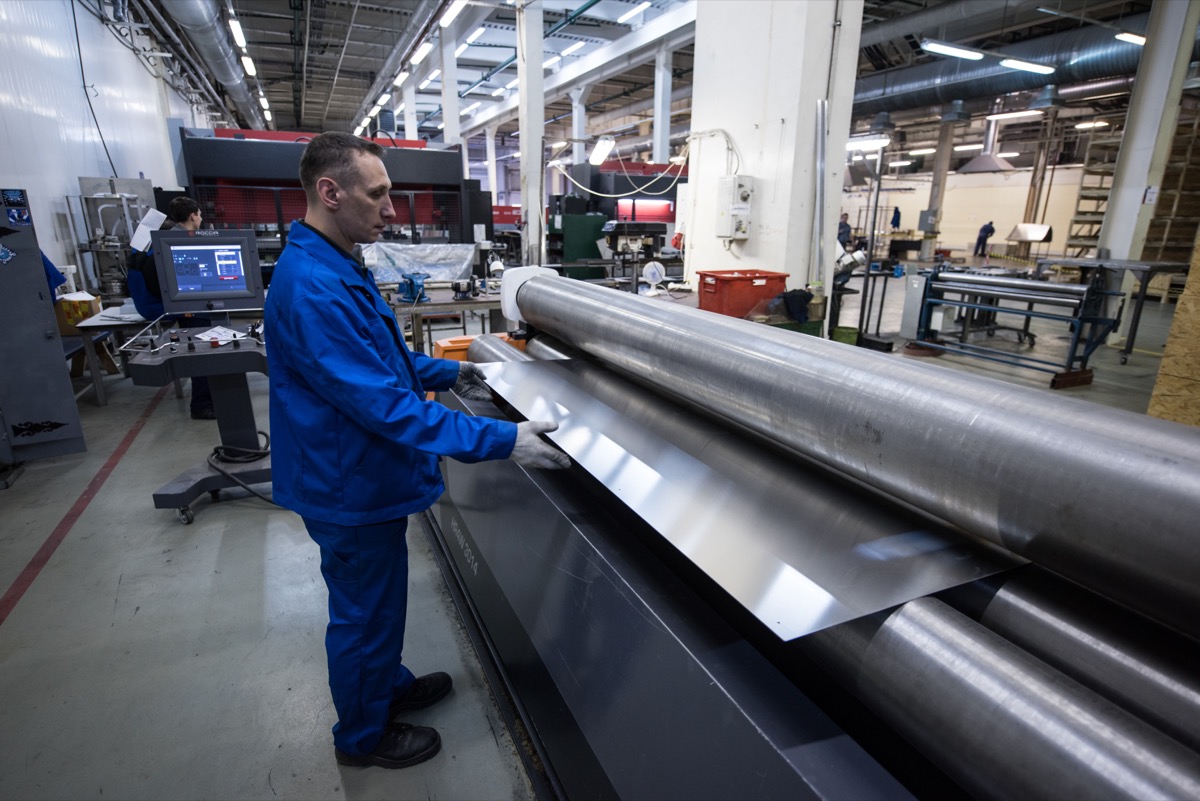 Those who operate rolling machines that shape or form plastics and metals have the highest divorce rate among factory workers, at 50.1 percent. In the case of factory workers across the board, stress related to finances constantly tests the strength of marriages.

A stay-at-home mom in California whose husband had a low-paying factory job told the Washington Post in 2015 about the stress she experienced. "I can't afford child care to go to work. We can barely afford groceries. Our kid needs new shoes and clothes, and I can't remember the last time [my husband] and I did something nice together," she wrote. "Our relationship is so strained. How are you supposed to work through the problems in your relationship when you're worried about how you're going to buy milk for your kid?"

Gaming services workers, or supervisors of gaming machines at casinos, are more likely than not to get divorced. A whopping 50.3 percent of gaming services workers end up splitting from their spouses. "They work in an area that involves exposure to alcohol and interact with lots of people in a very celebratory environment, which could result in someone straying," Barbarito told Prevention.

With 50.5 percent of all flight attendants' marriages ending in divorce, it's clear that absence does not always make the heart grow fonder.ae0fcc31ae342fd3a1346ebb1f342fcb

According to a study published in Occupational and Environmental Medicine, flight attendants may get divorced more than the average U.S. employee due to the issues that arise from their high-stress job. Of those flight attendants who participated in the study, 17.2 percent cited "psychological distress," which can certainly lead to divorce. 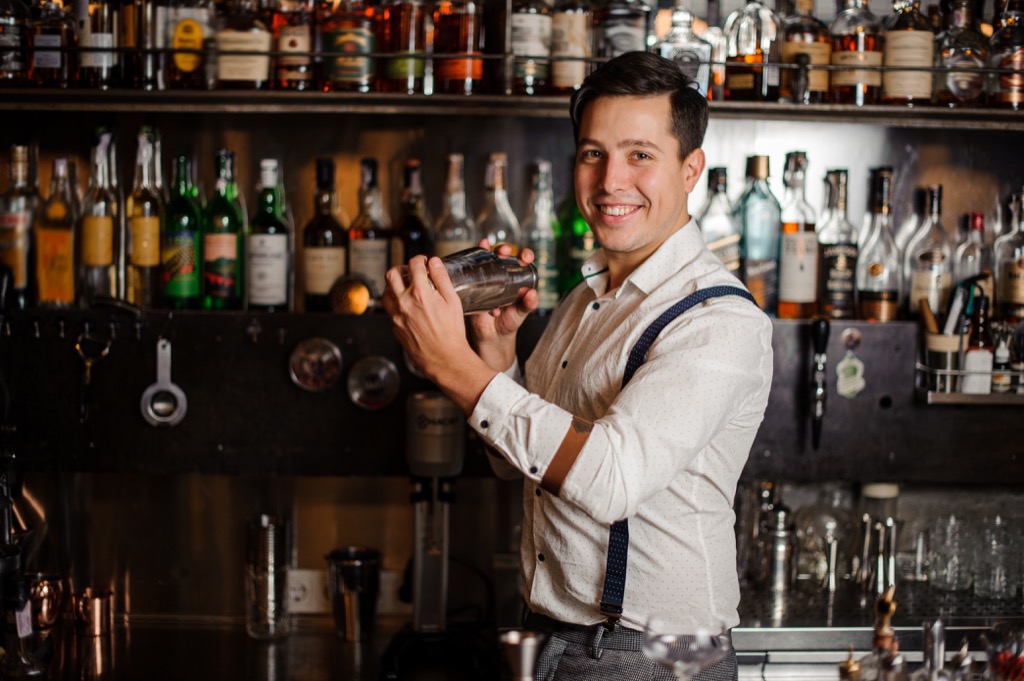 You're probably not surprised to learn that among all career fields, bartenders have the second highest divorce rate at 52.7 percent. "Bartenders listen to other people's problems, which can open a door to an affair," Saunders told Prevention. "When you complain about your spouse, opportunity for an affair is signaled to whoever listens, AKA the bartender."

Another issue, of course, is the hours. "Most bartenders can't leave until their last customer leaves, so they often have very little control of their schedules," family law attorney Allison Maxim added. "It's hard to plan time alone with your spouse with such an inconsistent schedule."

Those who manage workers in casinos have the highest rate of divorce: 52.9 percent, according to the Flowing Data survey. A work day for gaming managers comes with a number of temptations, like copious alcohol and of course, gambling. With the irregular hours mixed in and the stress of managing others, this job can wreak havoc on a marriage. And if you're looking for ways to rule at poker (and marriage), check out these 23 Secret Tricks for Spotting a Lie Every Time.

Ashley Moor
Ashley hails from Dayton, Ohio, and has more than six years of experience in print and digital media. Read more
Filed Under
Career • Divorce • Marriage
Read This Next
Latest News
Read This Next