Within our society, men are brought up to believe they can't cry or show emotion, and need to bottle up their feelings in order to not appear weak. But an increasing body of research shows that this "tough guy" attitude is harmful to a man's emotional, mental, and sexual wellbeing, not to mention harmful to his relationships with friends, family members, and romantic partners.

That's why many men, like Dwayne "The Rock" Johnson and Ryan Reynolds, are being celebrated for coming out and saying that it's healthy to let yourself be sad, and giving advice on how to deal with dark thoughts.

In spite of his charming exterior and wildly successful career, most recently as one of the stars of HBO's hit sci-fi saga Westworld, James Marsden, 44, has had his fair share of troubling times. His parents divorced when he was 9 years old, so he and his siblings grew up with his mother in Oklahoma, only seeing their father on a part-time basis. Then, in 2011, his wife, Mary Elizabeth "Lisa" Linde, left him after 11 years of marriage.

Today, the star is doing well, but he's learned a lot from his experiences on how to deal with emotions, and he shared these insights (and more!) in an extremely revealing profile for the cover of the June issue of Men's Health. And to bolster your own feelings department, learn the 20 Easy Ways to Increase Your Emotional Intelligence. 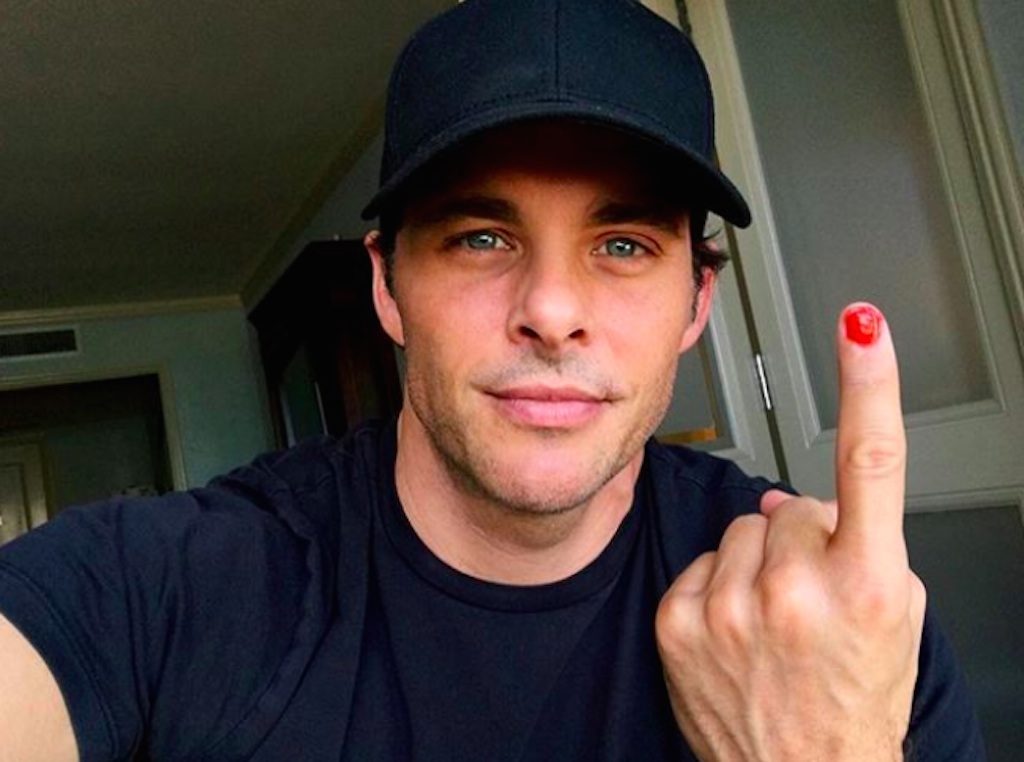 On dealing with his parents' divorce, Marsden said the following: "I guess I was good at compartmentalizing when I was young. Whatever life dealt me, I dealt with it. Then you realize when you're older that it was a sort of defense mechanism. I was a kid trying not to be scared of something and deal with it in a way, maybe not the best way, but the only way I was capable of at that age." For what it's worth, recent studies have shown that having a support group, even an virtual group of strangers like the ones you find on Reddit, can really help combat depression. 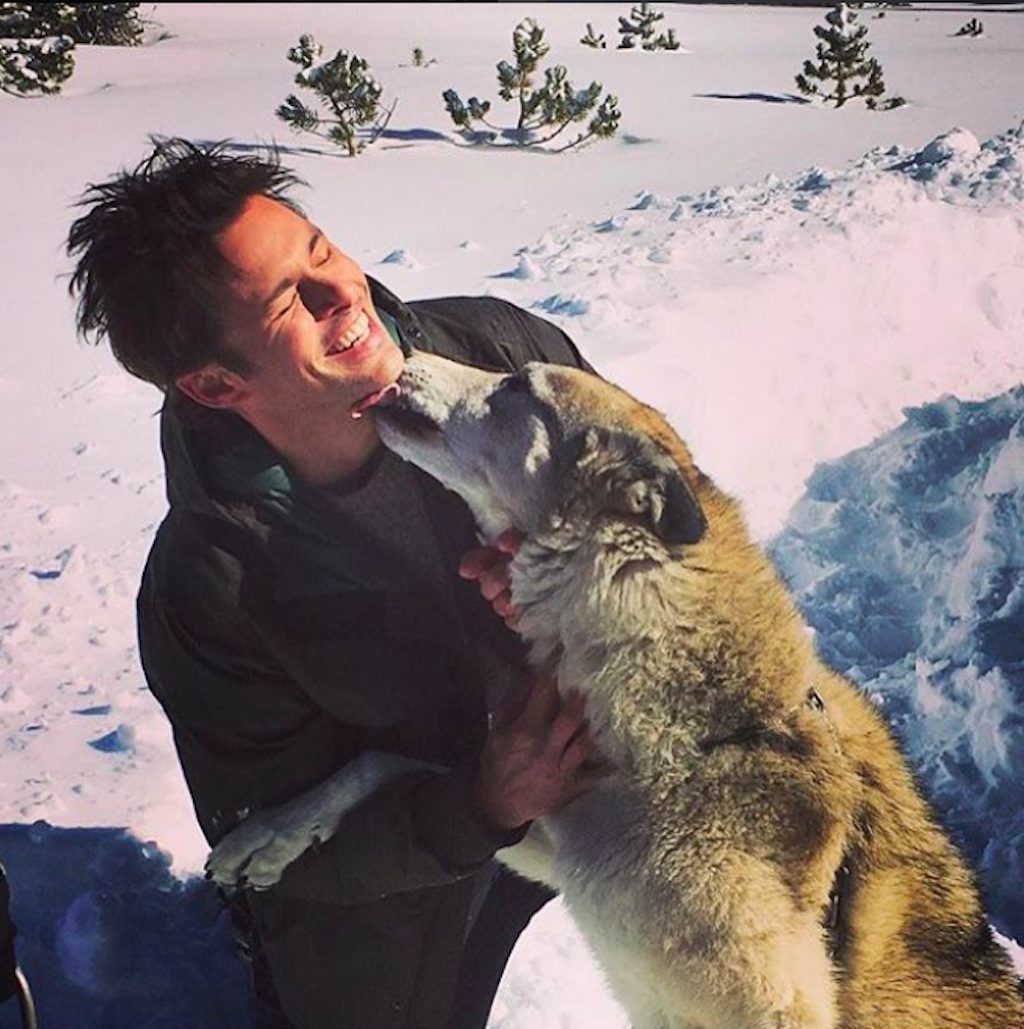 Everyone wants to be great at what they do, and even those who are successful have Imposter Syndrome, and Marsden is no different. "You do want to be great," he said. "You want to affect people, but I don't always come home from work thinking, 'Wow, I really nailed that scene today….Sometimes I go home thinking, 'Ah, am I a fraud?'" Because he can be hard on himself, Marsden has had to cut out the negativity. "I have to train myself to stop being cerebral about it. To stop overthinking it."ae0fcc31ae342fd3a1346ebb1f342fcb

3
Don't Force Yourself to Act Overconfident 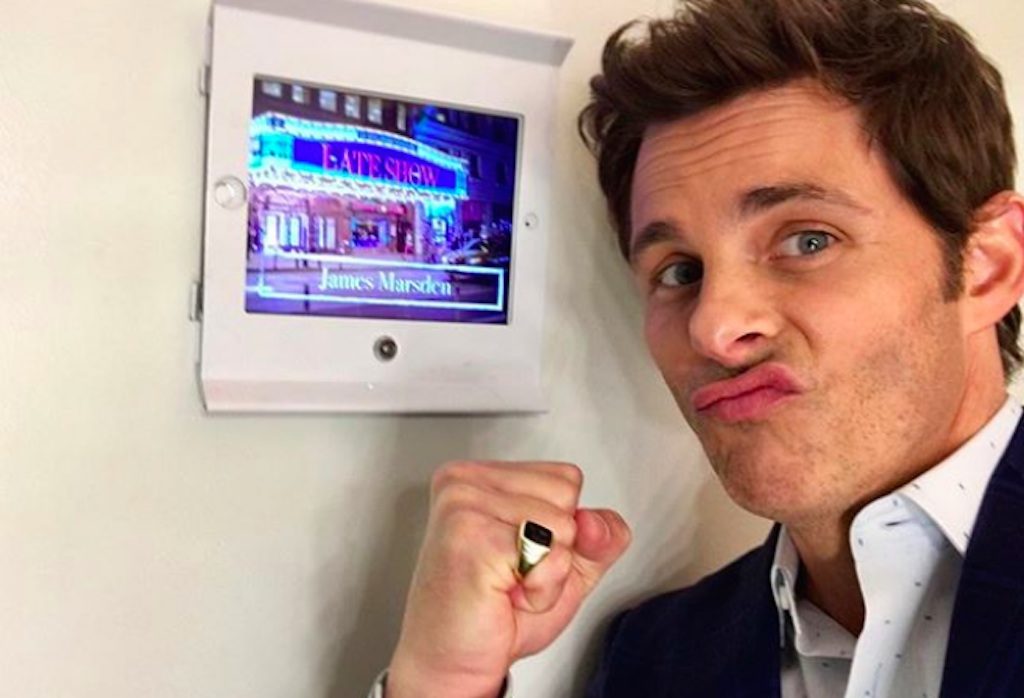 "The people who are like, 'Oh, that was great. I'm the best,' are usually the ones who aren't. Unless you're Kanye West. I wish I could be that confident about myself. I wish I could think like him, telling myself I'm awesome all day long. I wasn't raised that way, or to think or speak that way. But it's impressive." Given the recent furor over Kanye West's tweetstorms, most people no longer want to be Kanye West anyway. 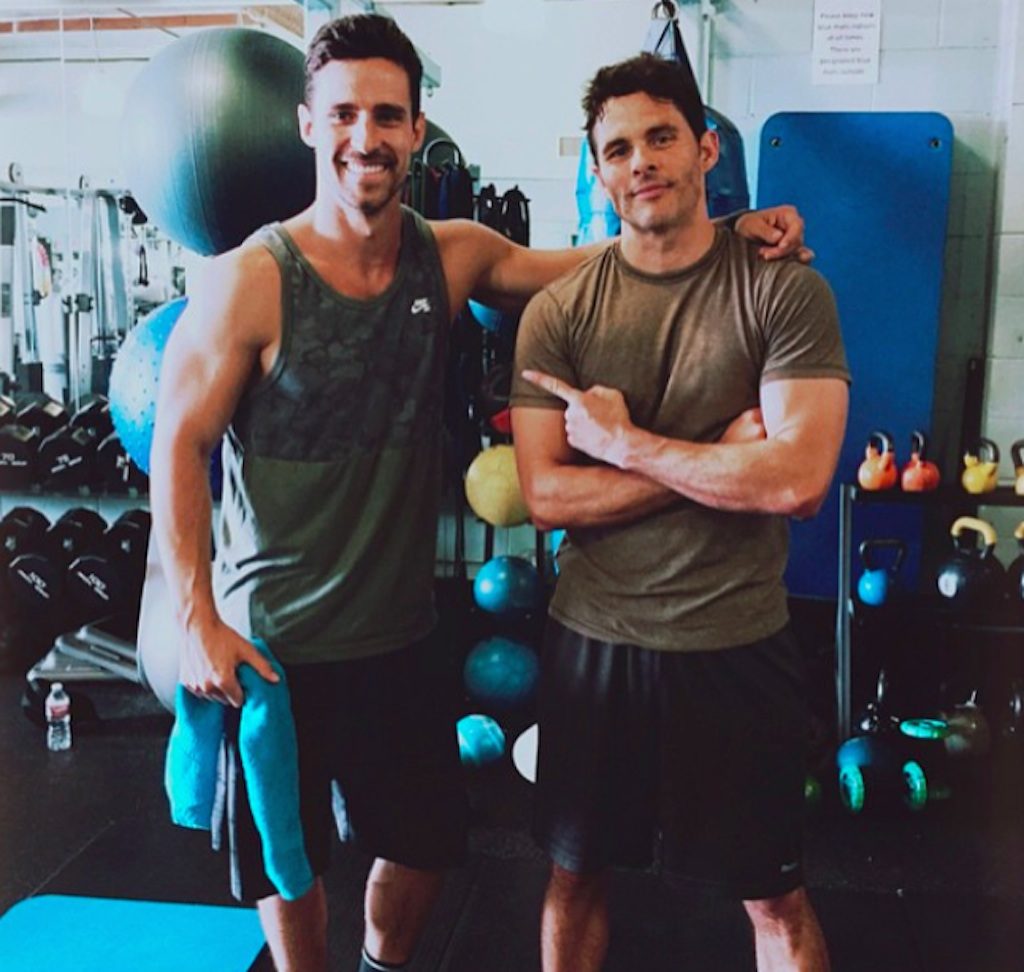 Like the Rock, Marsden channels his feelings into his workout routine, and he calls exercise the "cheapest antidepressant ever." Indeed, an increasing amount of research says that sweating our your stress or sadness is a great, drug-free way to manage depression. And if there's one thing we learned from this man who dropped 70 pounds of weight and sadness, it's that exercise can help you shed emotions as well as weight. 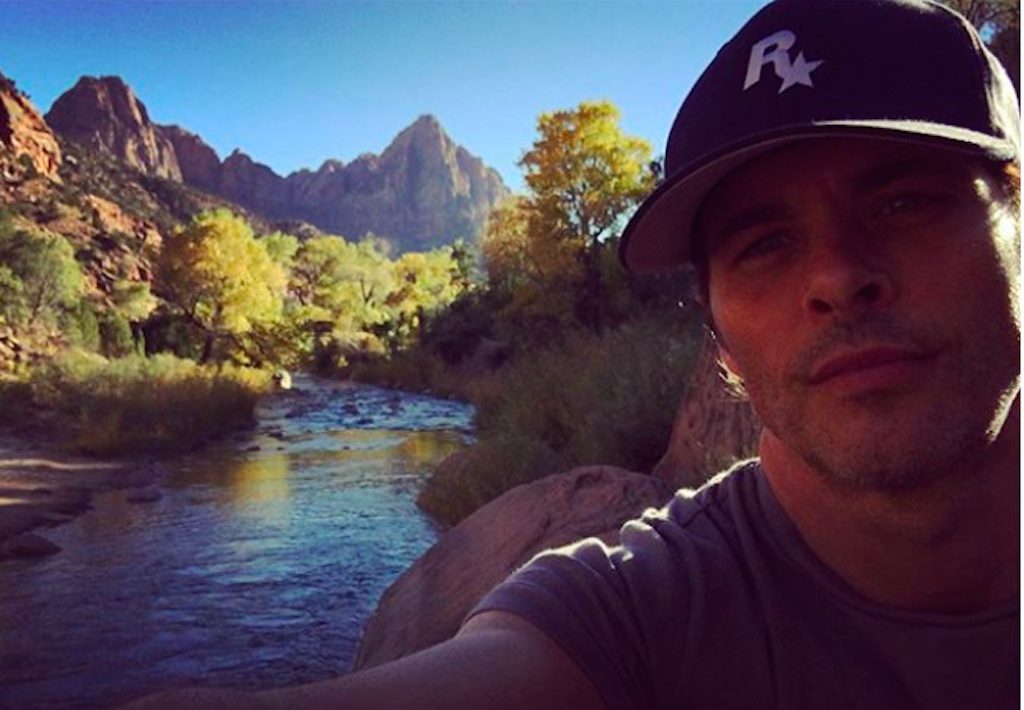 It's been 7 years, but Marsden is still feeling the pain of his split from his wife, which he called "by far the hardest thing. I love her…I did say to myself, 'Oh my god, am I repeating what my parents did?' You know, you don't want to feel like it's a failure." As Chris Pratt, who recently opened up about his heart-wrenching separation from Anna Faris, would say, the whole process sucks. It's awful, but it's also an opportunity for reflection and personal growth.

"It's sad and heartbreaking," Marsden said. "I was separating not only from my wife but also my kids and the bonds of home and family. Those are things you're painfully reminded of every day." Unlike before, however, he dealt with those emotions head-on, and it made all the difference. "This time I went through it and didn't avoid it, like my parents' divorce, and that's vital too."

6
A Lot of Good Can Come From Pain 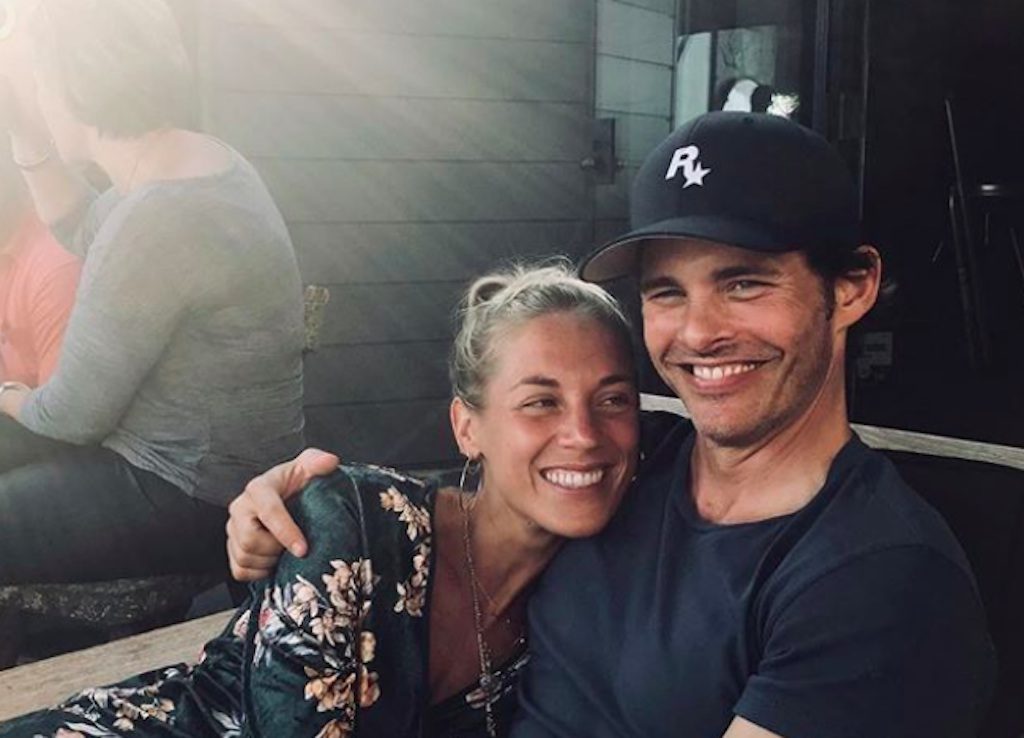 "A lot… went well for me my whole life and came easy to me. Being a white male, you're born with certain unearned privileges. My life hasn't been filled with sorrow and deep struggle. When the divorce happened, it was the first time I felt I lost my equilibrium. It was scary and sad and made me pull everything into focus. I needed to focus on what was important. So that's who I am now because of that. I know regrets can be catalysts for good things. Not to talk like a Hallmark card, but it's true." 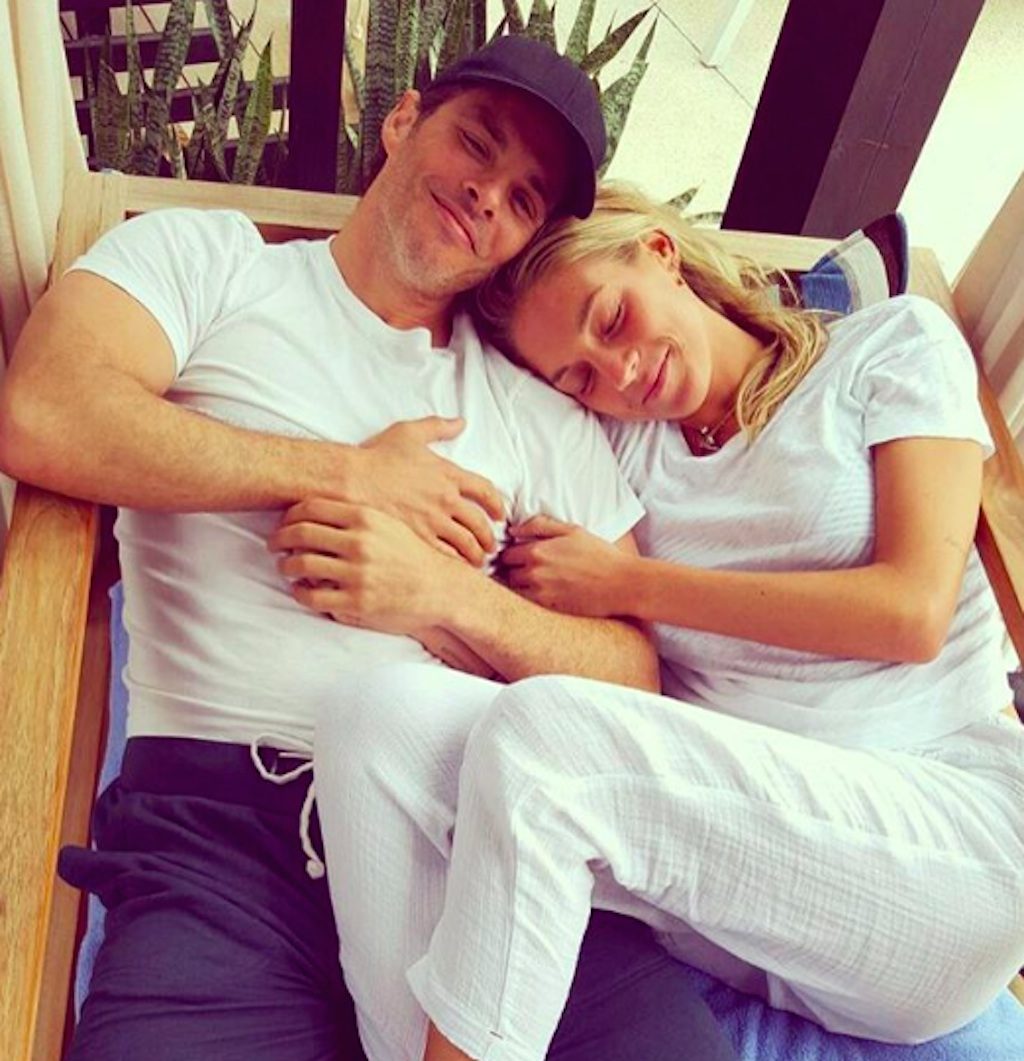 Today, Marsden has a great relationship with his ex-wife and the children, Jack, 17, and Mary James, 12, that came out of their marriage. Much like Gwyneth Paltrow and her ex, Chris Martin, he even goes on holiday with them and his current girlfriend, 29-year-old UK pop singer Edei (aka. Emma Deigman) and their five-year-old child, William Luca Costa-Marsden. People are changing today's concept of the modern family, and, as Channing Tatum and Jenna Dewan would say, it's "all love."

"I'm very lucky," Marsden said of his current family situation. "Someone on the outside looking in is like what is this weird, hippie-dippy commune? [But] when you have people who care about each other and care about these kids and just want to give love, how can you not welcome that?"

8
Learn From Your Elders 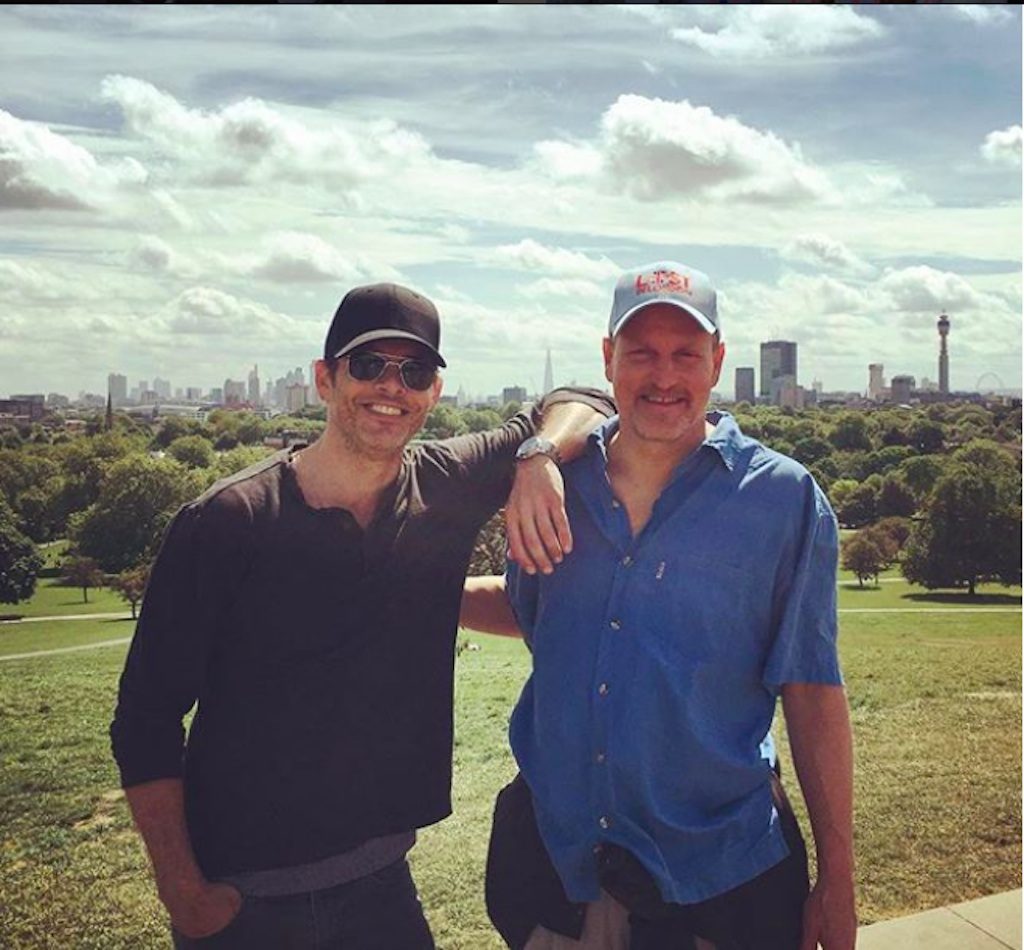 One of the great mentors of Marsden's life was his late grandfather, who took him on fishing trips when he was a boy, and helped him through his parents' split. "He spoiled my grandmother. He took care of her for 20 years because she was ill off and on. He would wait on her hand and foot until his last days and sneak her chocolates in the hospital. It was like The Notebook. It taught me a lot about love.…He told me, 'Do the right thing, even when no one is looking.' You know, it's like the testament of character. He taught me to do the right things and be a good person. You know, to want to be someone of substance and have real character, especially for my own children."

9
Set a Good Example for the Kids 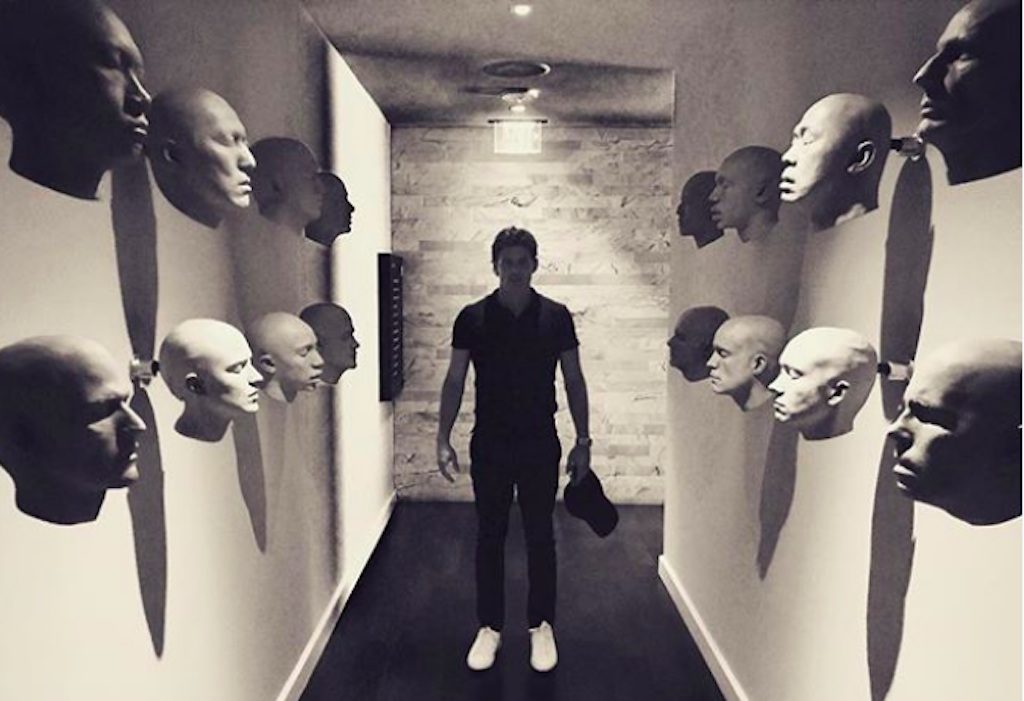 "At some point you have to release them into the wild," he said, "And at that point you just have to think, 'Jesus, I hope I did it right.' But of all my achievements in life, being a father is the one thing I'm most proud of. It is the most fulfilling. I'm always self-deprecating, but I don't have a problem saying that I am a great dad."

A lot of being a great dad, for Marsden, has been the ability to show them that it's OK to fail; it's what you do with the failure that counts. "It takes seeing the hero mess up or fail at something to become a man,"That, to me, has become more important than being this superstar, movie star, or an actor. It's integrity and substance of character — it's like when [bad things] happens to you in hard times, who do you become because of that? Your kids look at you and that's how they define who and what they're supposed to be."

This is definitely on our list of 20 Easy Ways to Be a (Much) Better Father. 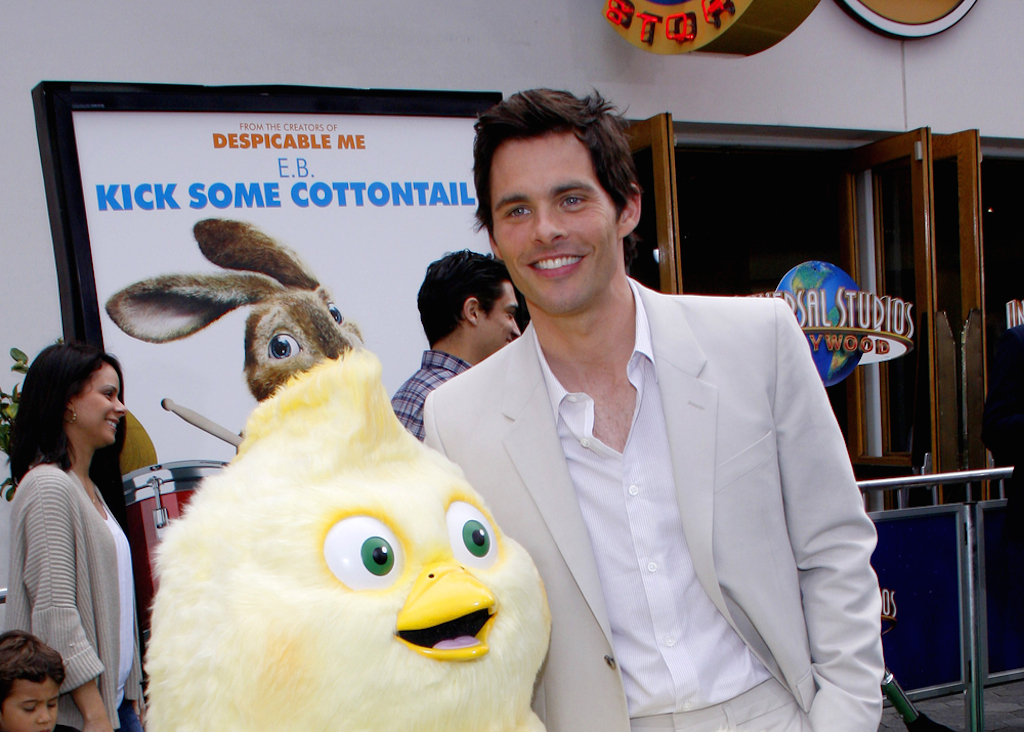 "I'm very proud and very lucky to be doing what I do. I want to move people. I love it when people stop me to say they love my work or thought I was funny, or that I made them cry. That's always important to me. But if I couldn't do this anymore, my happiness is knowing that I'm a fully realized person and my happiness isn't dependent on being a success within Hollywood. I want to be able to step away and be fulfilled. There is so much more to life like giving love and being decent. I want to lead with my heart."

11
Don't Bottle Up Your Feelings 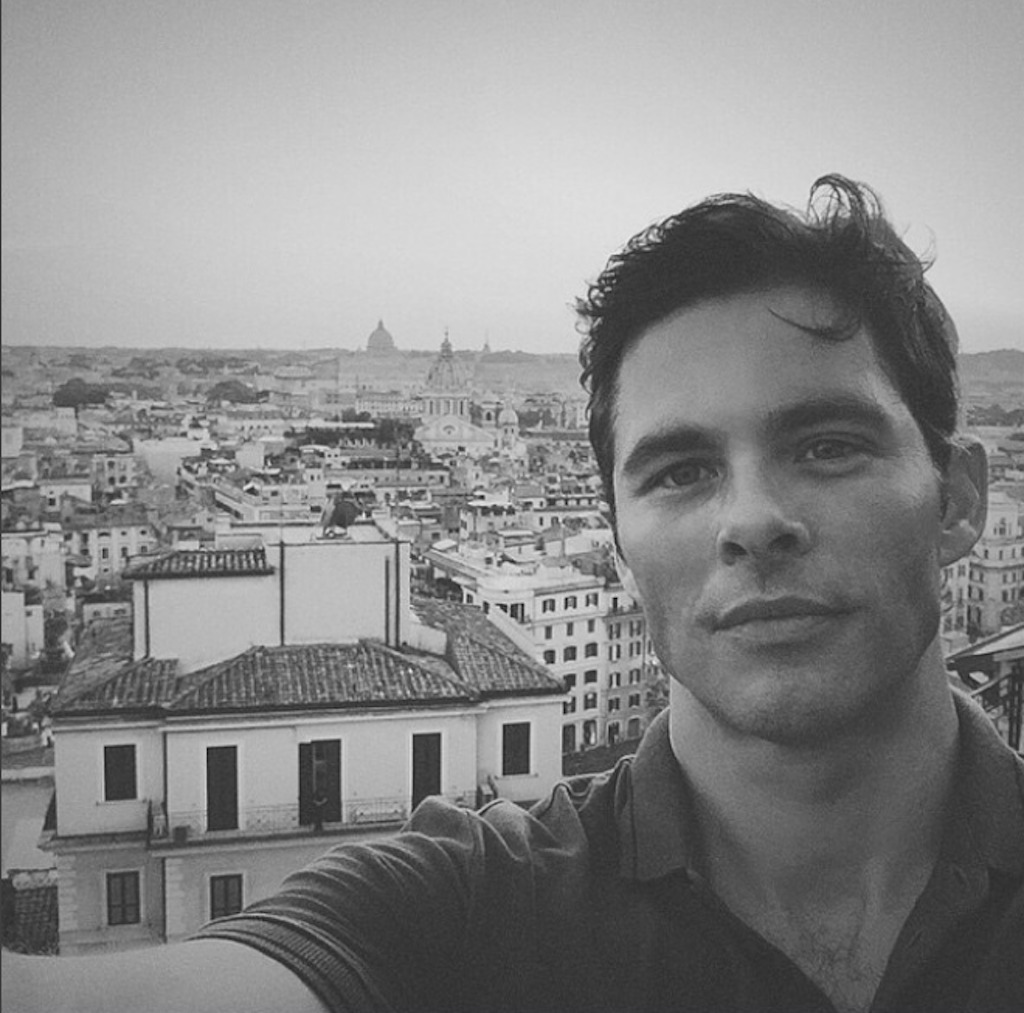 It all comes back to this. During several points in the interview, Marsden welled up with tears, and that's a good thing. "When you try to block it out or go around it or avoid problems," he said,"that's when you are not living life. I've screwed up, I've been hurt. I've had fun. I'm learning from it."

Diana Bruk
Diana is a senior editor who writes about sex and relationships, modern dating trends, and health and wellness. Read more
Filed Under
Celebrities
Read This Next
Latest News
Read This Next