The 30 Funniest Jokes In TV Commercials

Commercials can be annoying, but there's no denying that some are hysterical. Herewith, we've collected the funniest commercials ever to have graced your TV screen. And for more funny moments, check out the 30 Funniest Awards Speech Acceptance Punchlines. 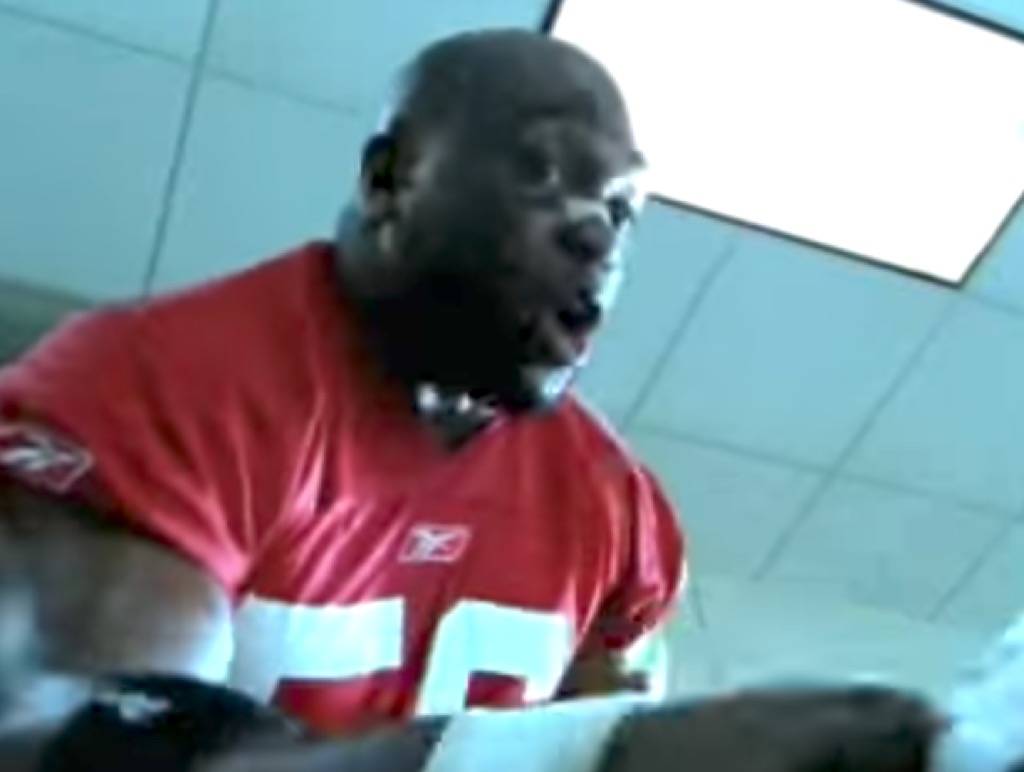 He was every working drone's worst nightmare: A NFL-caliber linebacker policing an otherwise generic, cubicle-filled workspace, flattening workers like unsuspecting wide receivers running a lazy route across the middle. He was also absolutely, undeniably hilarious. When Reebok debuted the Terry Tate, "office linebacker" concept—especially this bit in which he lays out a man who finishes the coffee but doesn't make another pot—it was instant comedy gold, and one of the first videos to go viral. And for more great humor, read these 50 Dad Jokes So Bad They're Actually Hilarious. 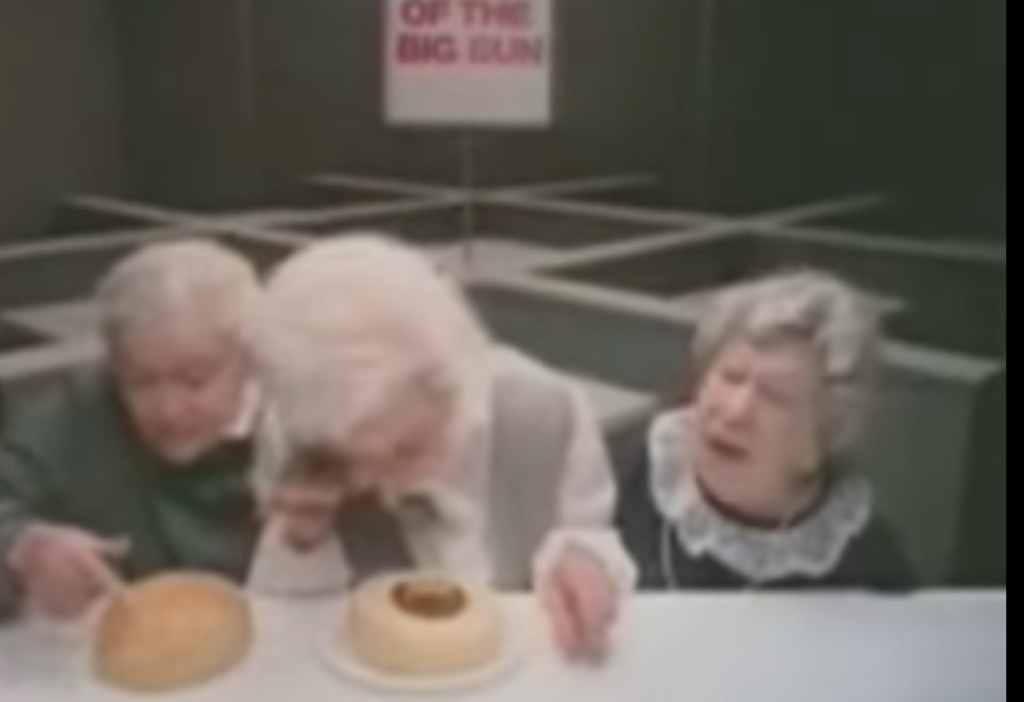 It's one of the most iconic ads of all time, and involves three things: a comically small hamburger, befuddled old people, and some very mild, off-color indecency. From the first moment one of the women said, "Where's the beef?!", an iconic catchphrase was born. For more great one-liners, read up on the 30 Funniest Reality Show Catchphrases of All Time. 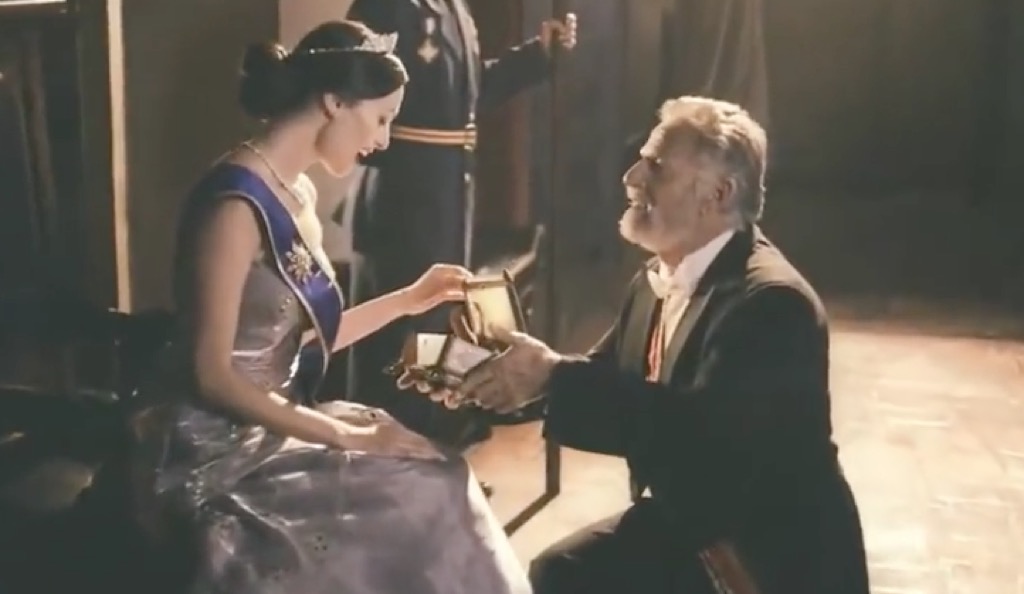 Perhaps the most iconic spokesman of the 2000s was Dos Equis' hilarious "Most Interesting Man in the World," a ridiculous caricature of a man who apparently lived 1,000 lives to the absolute fullest. The ads showed him exploring caves, womanizing, ice-fishing, big-wave surfing, exploring space, and generally doing all sorts of ostentatious things, while a voiceover deadpanned the most absurd facts about him. The lines are too priceless to choose a favorite, but there's something about "He can speak French, in Russian," that perfectly captures this ad campaign's greatness. 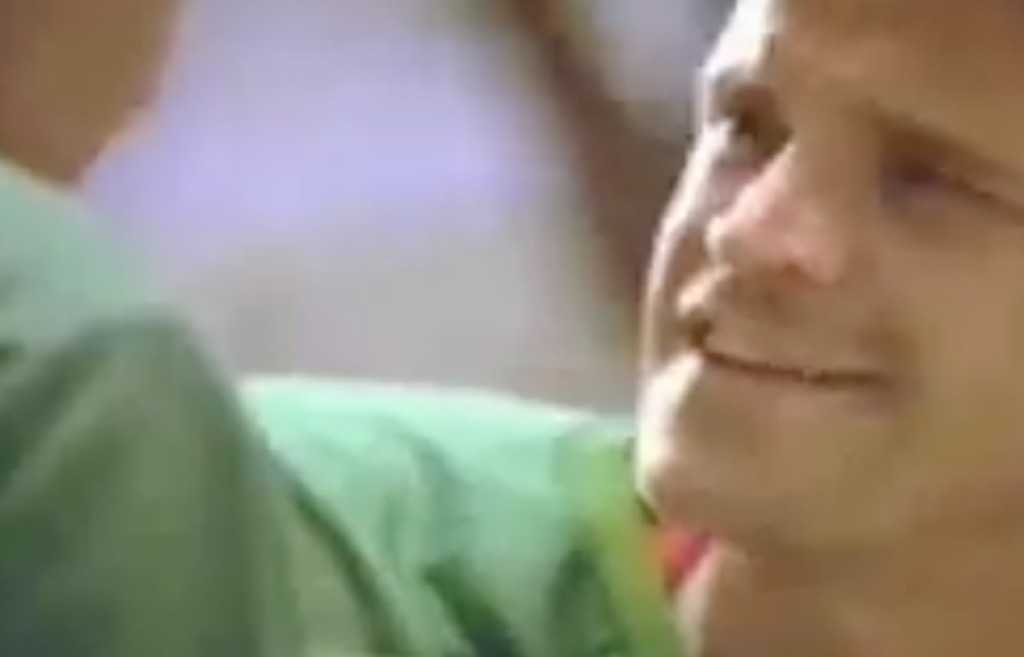 Given the concussion epidemic in football, this 30-second spot isn't quite so funny in retrospect, but when it debuted in 1996, it was utterly hysterical. In the ad, a football player gets hit so hard he thinks he's Gotham's Caped Crusader, and soon finds that he's "not going anywhere for a while." We don't know what happened to the actor, but we've got to give it to him: His delivery was pure comedy gold. And for more hilarity, learn the 75 Jokes That Are So Bad They're Actually Funny. 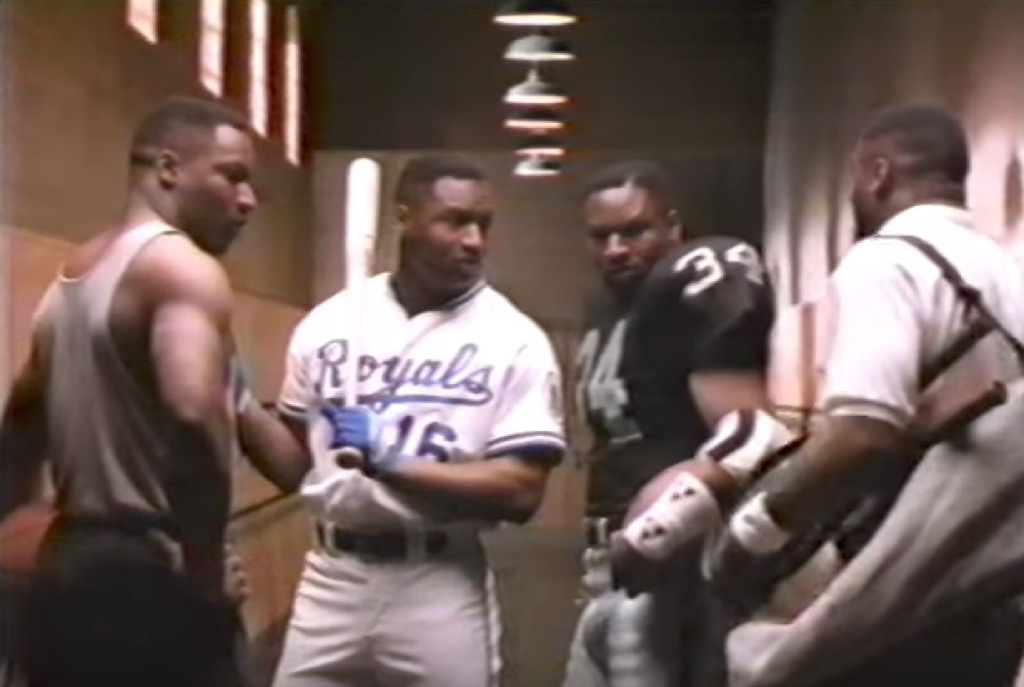 Among the first commercials to pair a product with a professional athlete is this Nike spot, which stars Bo Jackson repeating, "Don't I know you?" to various versions of himself. At the time it debuted, the multi-sport professional was the most electric athlete in the world, and he revealed that he's got great comedic chops, too. And for more celebrity coverage, don't miss these 20 Celebs Way Older Than You Thought. 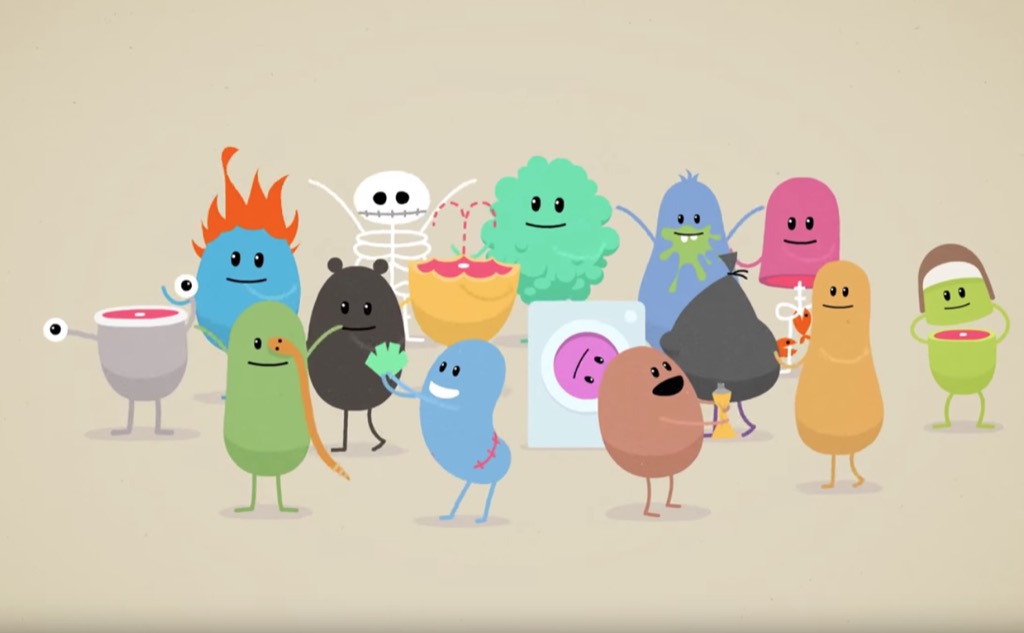 Yes, it's a bit morbid. But this expertly-produced advertisement—starring a bunch of adorably animated, smiling cartoons dancing to a tune by indie-folk rock band Tangerine Kitty—brought essential levity to the "stay safe on public transit" PSA. It's impossible to hear the refrain, "Dumb ways to die," without cracking a smile. (For what it's worth, the song itself cracked the iTunes top ten within a day of the ad's launch.) 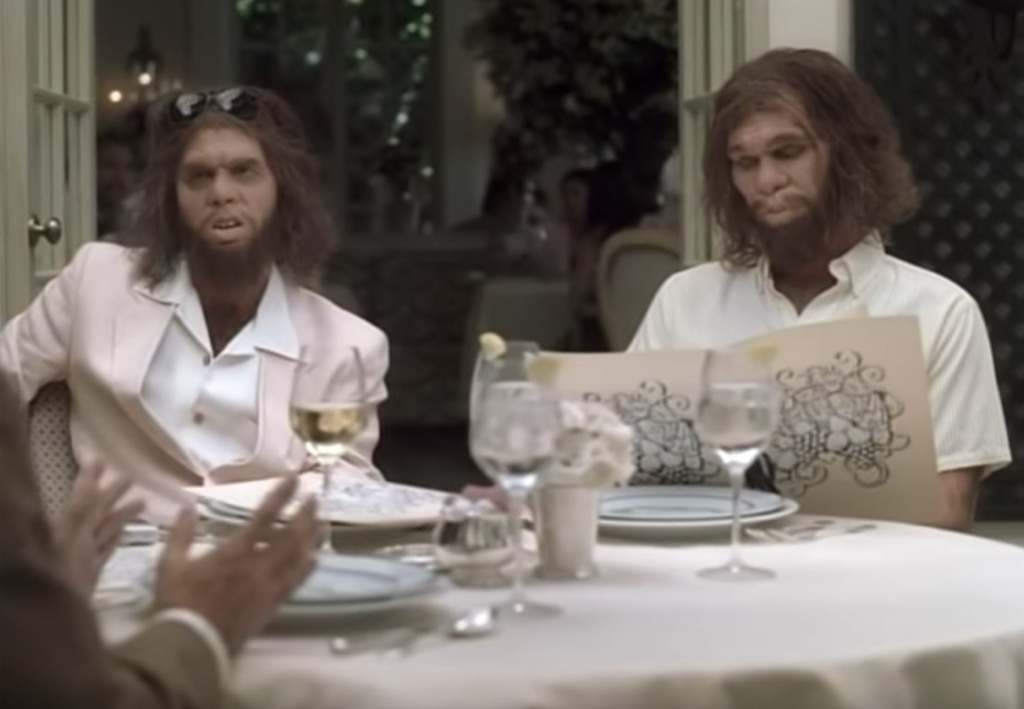 The Geico Caveman is perhaps the most legendary fictional spokesperson of all time; he and his twin brother have been gracing screens on-and-off for fourteen years no. (For reference, that's a longer overall run time than Friends, Seinfeld, and How I Met Your Mother. The Geico Cavemen did, in fact, spawn his own TV show, on ABC. But, as it turns out, the made-for-ad character couldn't hold water on a weekly program.) From the very first, hyper-meta spot, wherein a Geico insurance salesman unwittingly insults the Caveman, who's "serving" as a boom mic operator, this line has been sidesplittingly hilarious, time and time again. At this rate, the bit will be as old as a real-life caveman.

Is "Wazzzzzzup?" the most iconic ad of all time? If you're judging that based onsitcom references and memes that persist to this day, we'd posit: Yes.

These days, at Kmart, you can ship anything—including, yes, apparel. Some creative directors took this to heart, and decided to go to town with plays-on-words, leading to an iconic, unforgettably hilarious TV spot. And for more hilarity, here are the 15 Things Everyone Secretly Finds Hilarious.

10
"Did you know that I'm riding this horse backwards?" 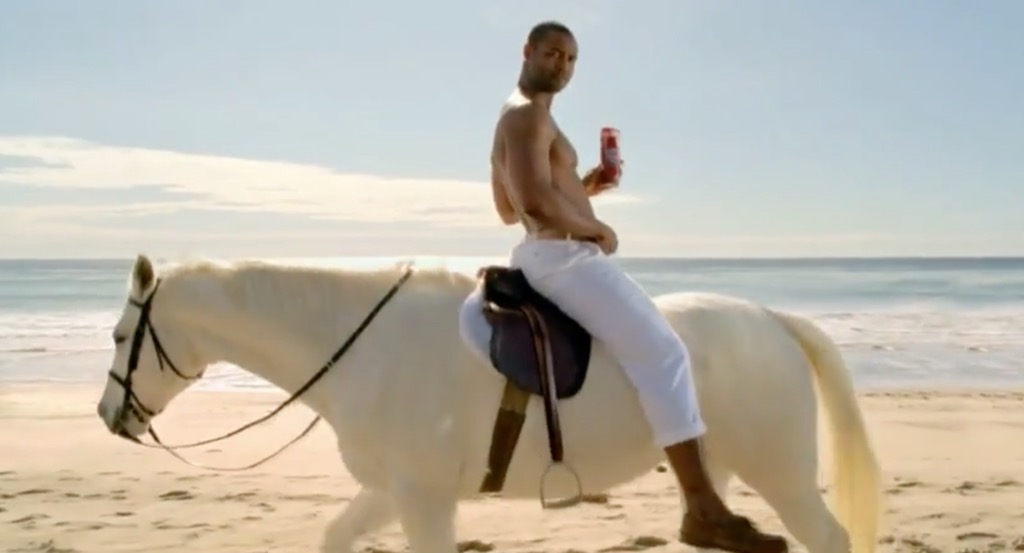 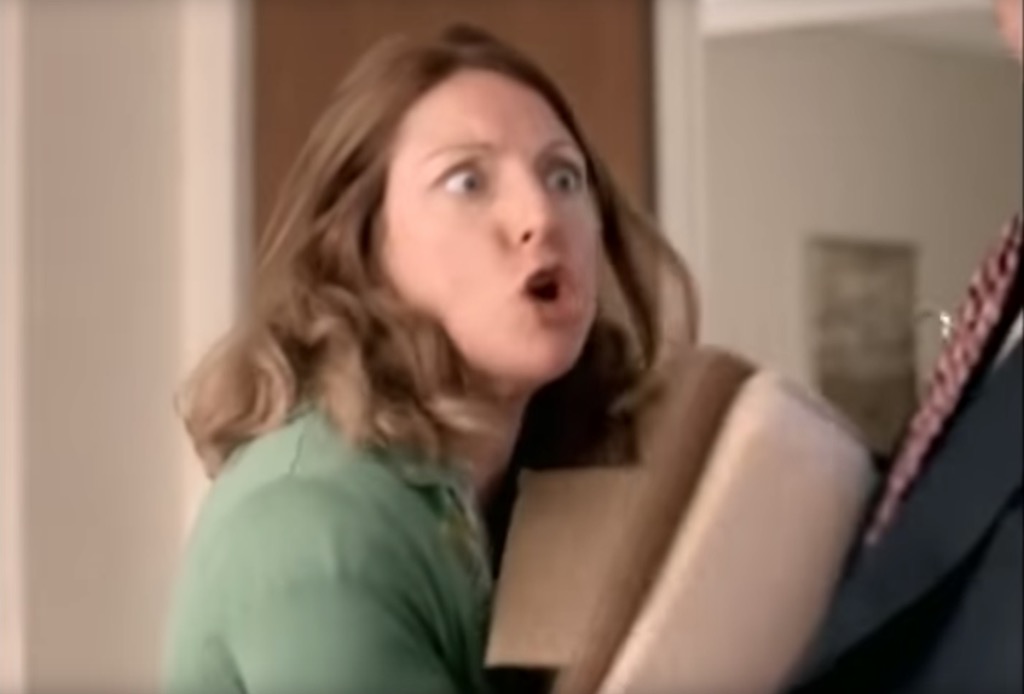 Per behind-the-scenes info, as reported by one of the actresses in the spot, Jesse Meriwether, "writers were onset [sic] all day giving us different lines." The lines? Increasingly absurd euphemisms for NSFW insults. Do what you will, but "Pickle you kumquat" is now certainly a go-to barb for us. 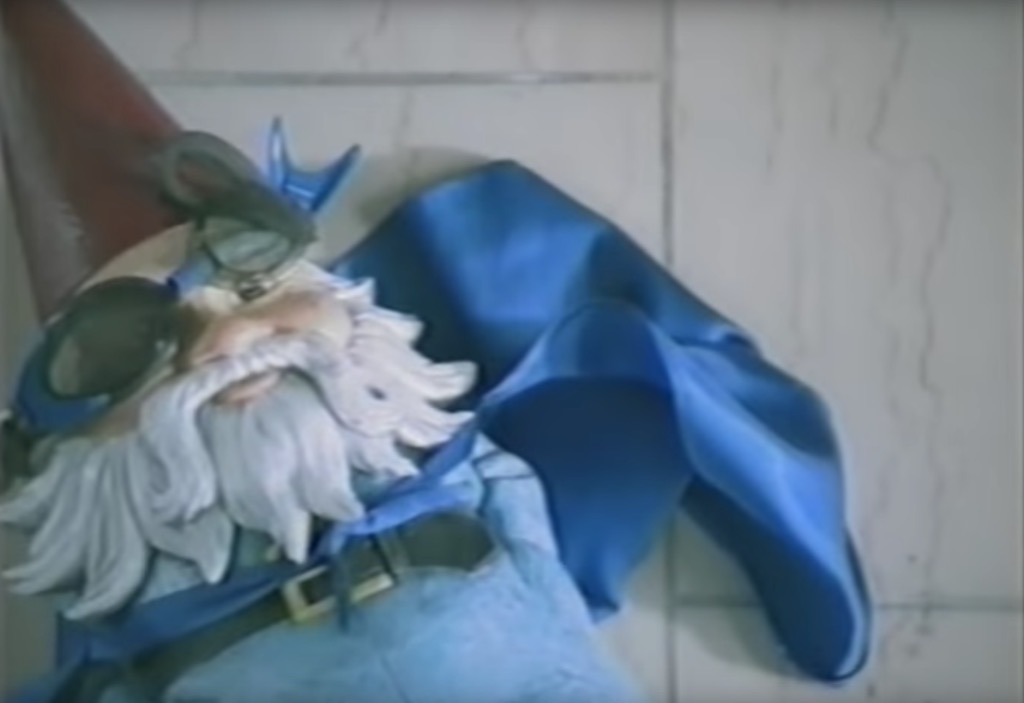 What happens when you drive over a ceramic garden gnome? This guy, the Roaming Gnome—one of Travelocity's go-to fictional spokespeople—did not want to find out. 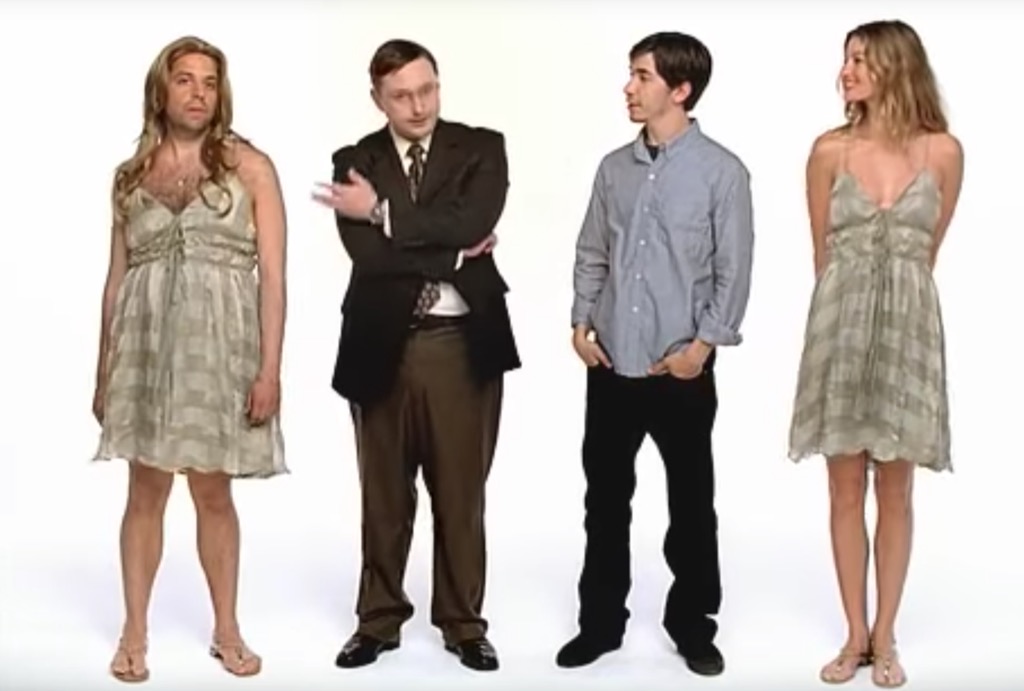 Before Apple was the ubiquitous tech behemoth it is today, the company had to differentiate itself. To do so, they brought on Justin Long, poster boy of the 2000s, to poke fun of Windows in a personified demonstration of the extreme quality differences between both operating programs. 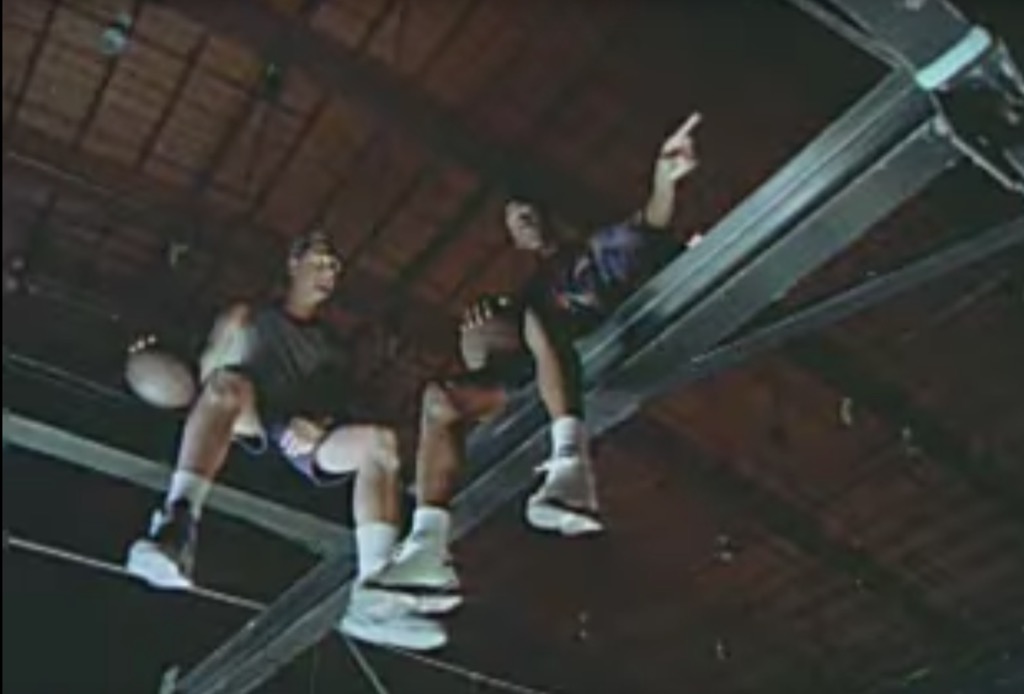 A one-on-one showdown between two basketball icons (Larry Bird and Michael Jordan) featuring increasingly impossible shots? We're all for it. (This ad can't claim to have coined the phrase "Nothin' but net," but it certainly popularized it.) 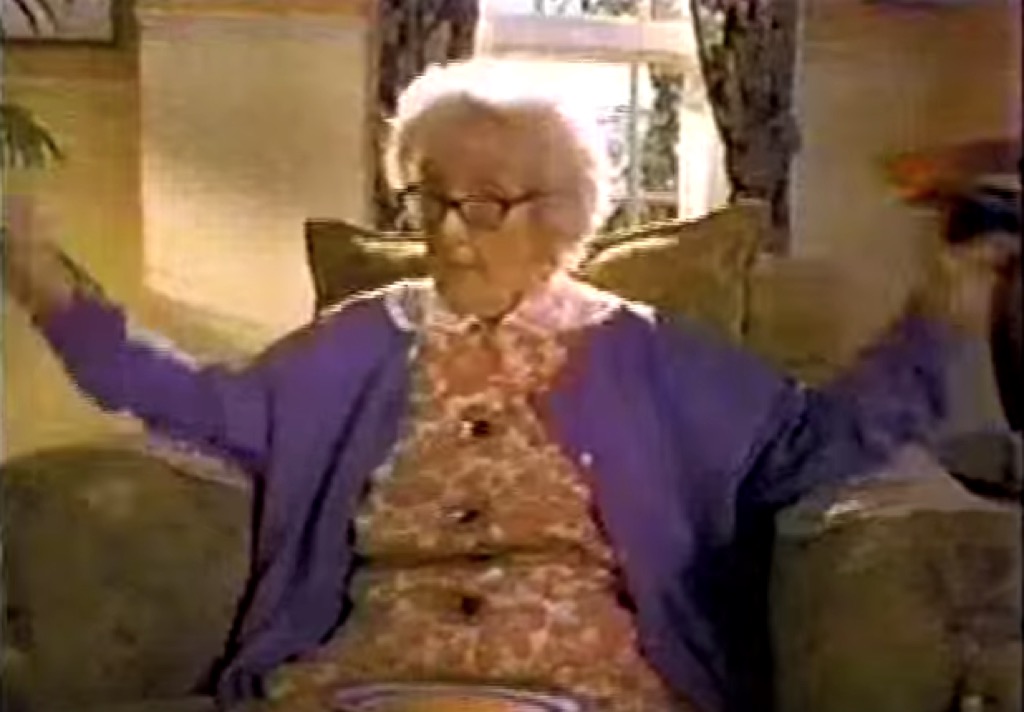 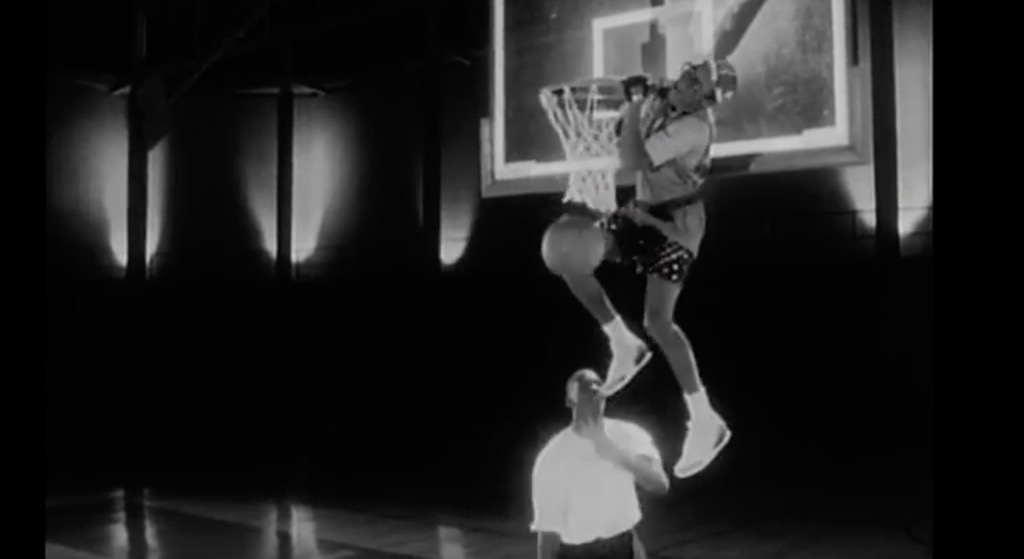 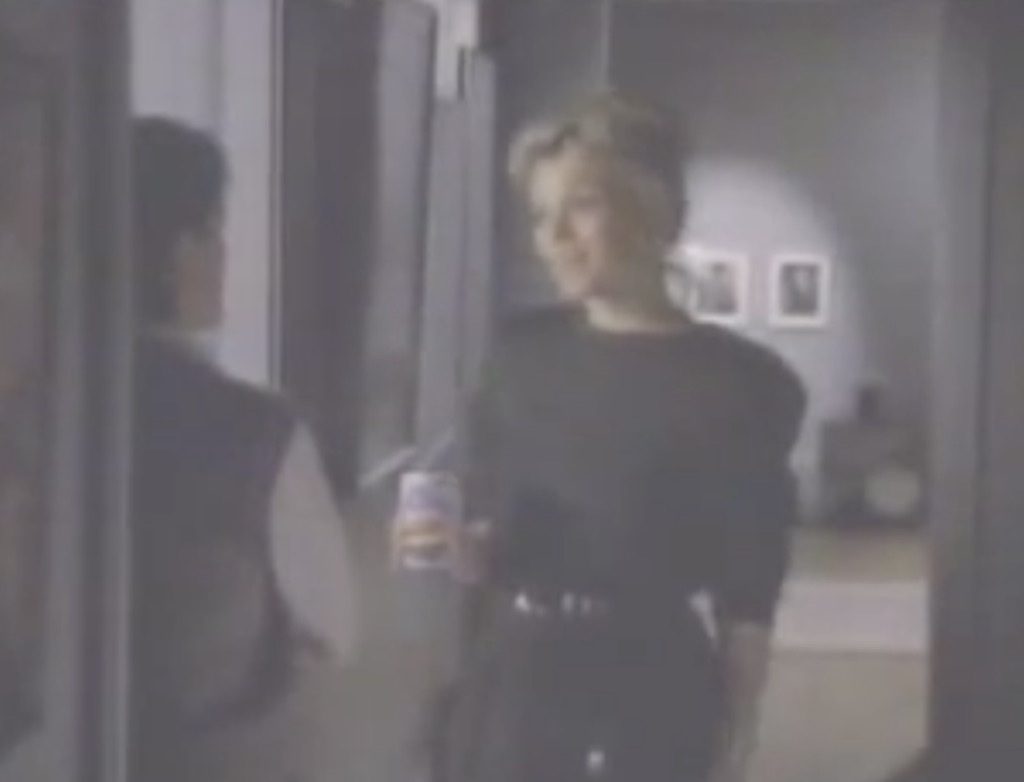 A fictional Michael J. Fox's new neighbor, a breathtaking woman, stops by and asks for a Diet Pepsi. Sadly, Fox is flat out of the drink, forcing him to embark on an increasingly hilarious adventure.

18
"So I got off the elevator and said, 'What is this, the seventh inning stretch?'" This Amex ad cold opens with a Jerry Seinfeld standup routine. This joke, believe it or not, utterly bombs—but the comedy master himself poking fun at his rote formula is nearly as funny as Seinfeld itself.

19
"All hands, we are looking for the captain's keys again." 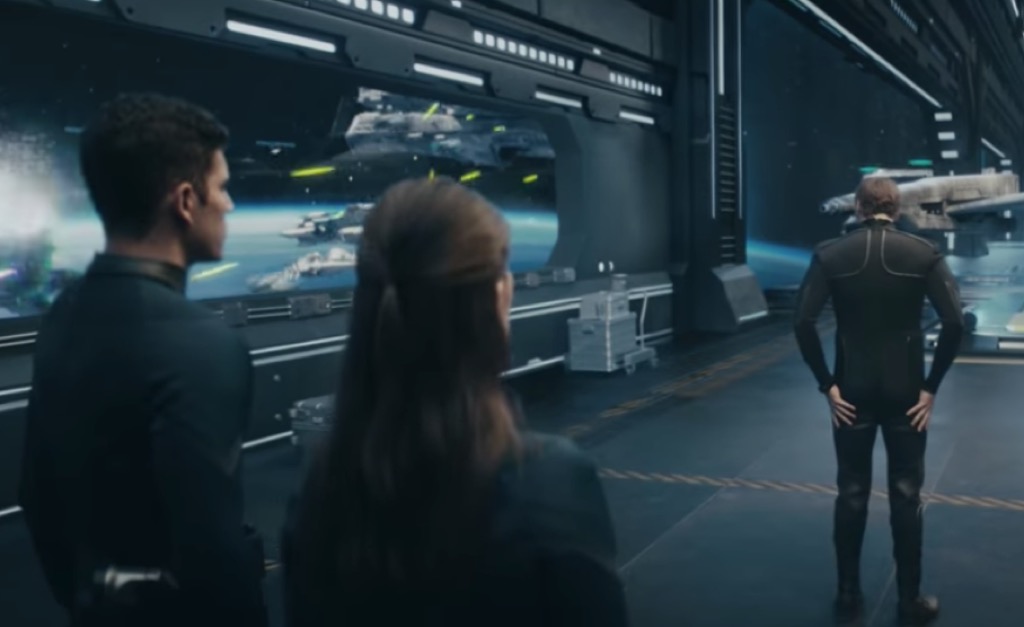 We're all too familiar with the incomparably awesome space solider—the guy who guns down bad guys, dodge asteroids, and is really just a standup guy. But happens when he falls victim, like the rest of us, to the all-too-human act of losing one's keys?

Over the years, everyone's favorite eat-by-the-dozen candy has been broadcast to the world in creepily anthropomorphic manner—typically trying to avoid being eaten. This year, however, Danny DeVito assumed the red M&M's identity and flipped the iconic premise on its head. 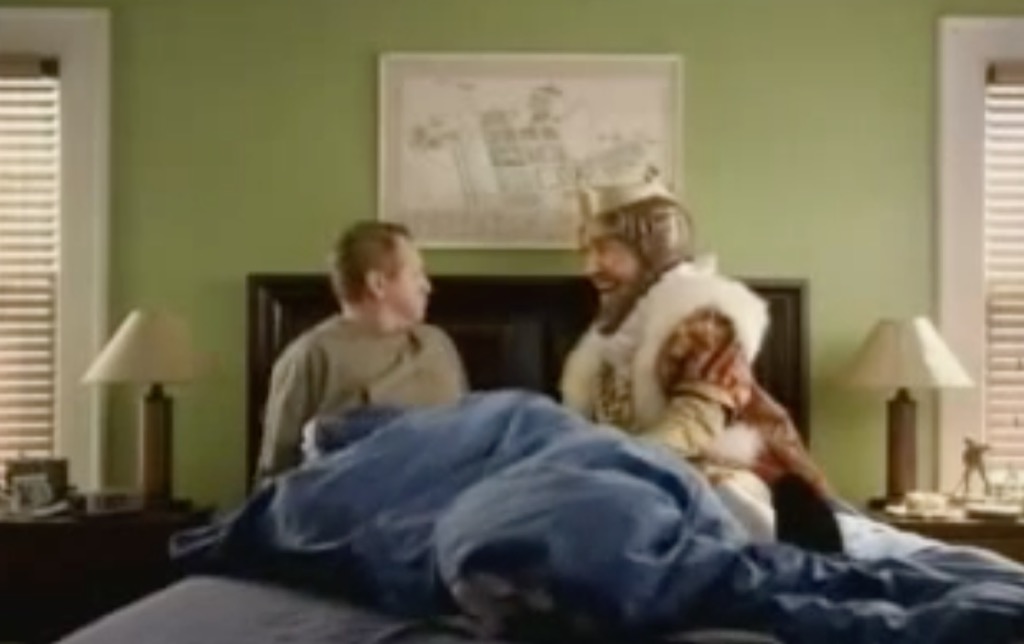 Funny purely because of its downright absurdity, Burger King's first "Wake up with the king" spot heralded a magnificently humorous advertising era for the brand. 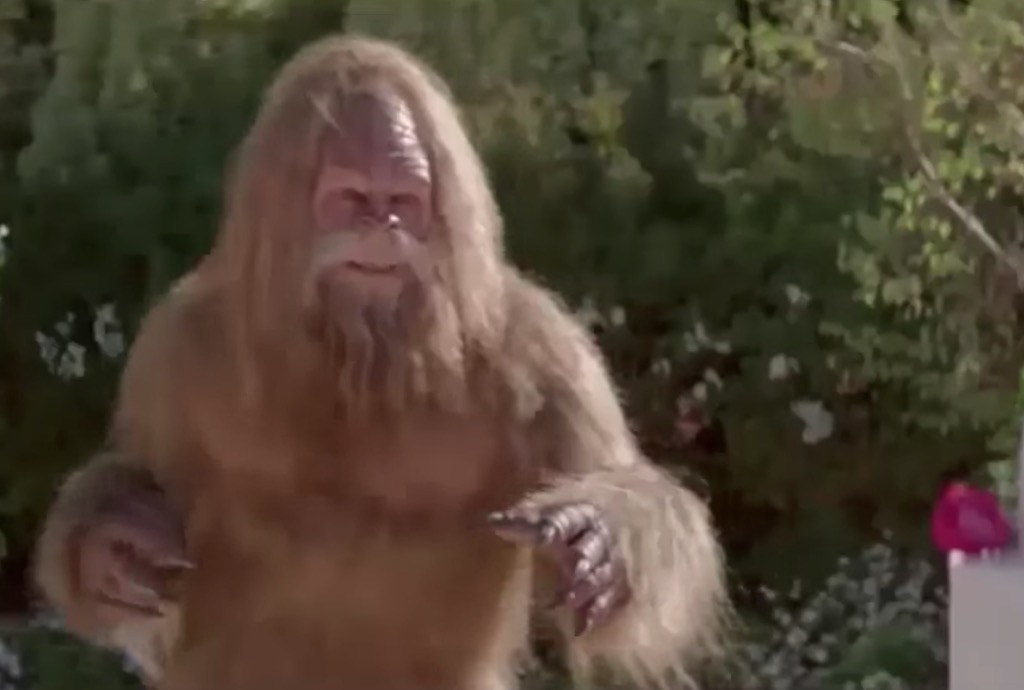 Time and again, the characters in Jack's Link advertisements prank Sasquatch in increasingly outrageous ways—say, by pushing him into a wedding cake, or glueing a frisbee to his chest. Time and again, Sasquatch reacts as Sasquatch might: Violently. 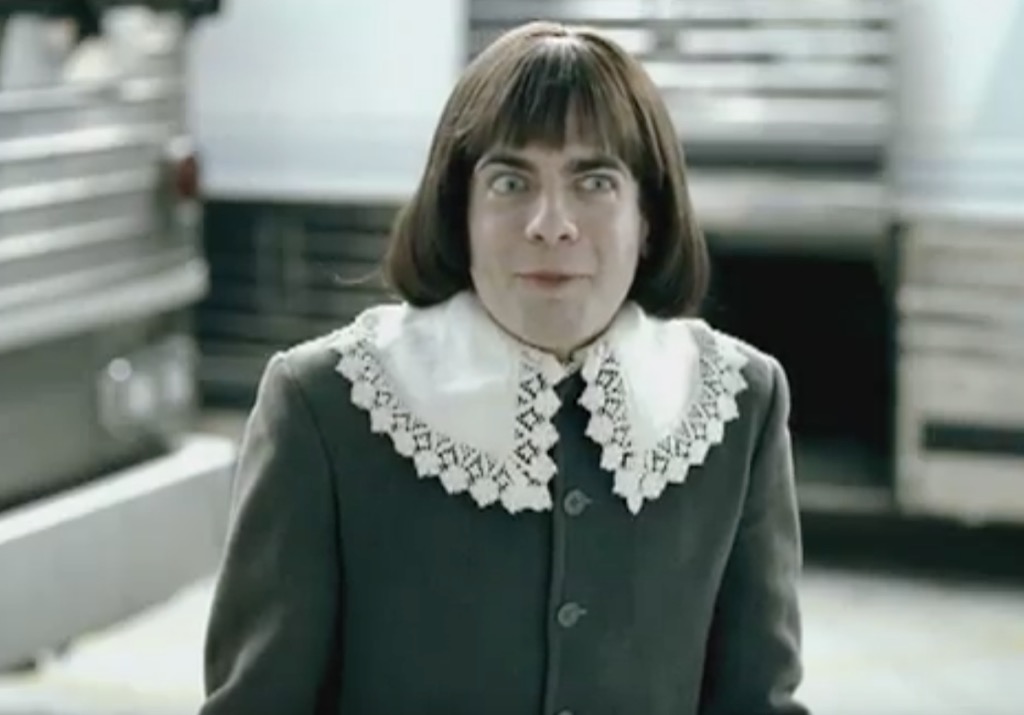 "Oddvertising," ad industry lingua franca for advertising that's so absurd, so wacky, so inimitably out there, you're inclined to register the product. The pinnacle of the practice is, bar none, Starburst's TV spot of a dancing imp jovially crooning out the new Starburst flavor ("Berries and cream!") to a duo of unamused travelers. 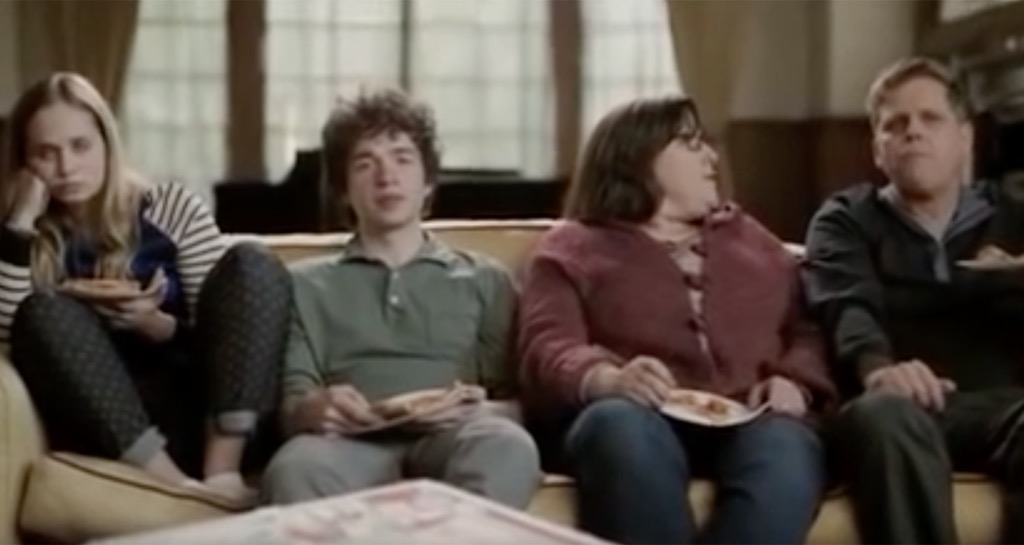 Or so says a father, pointing at Richard Madden (who plays Robb Stark in Game of Thrones), to the chagrin of his children—a level of annoyance everyone under 50 is well acquainted with. 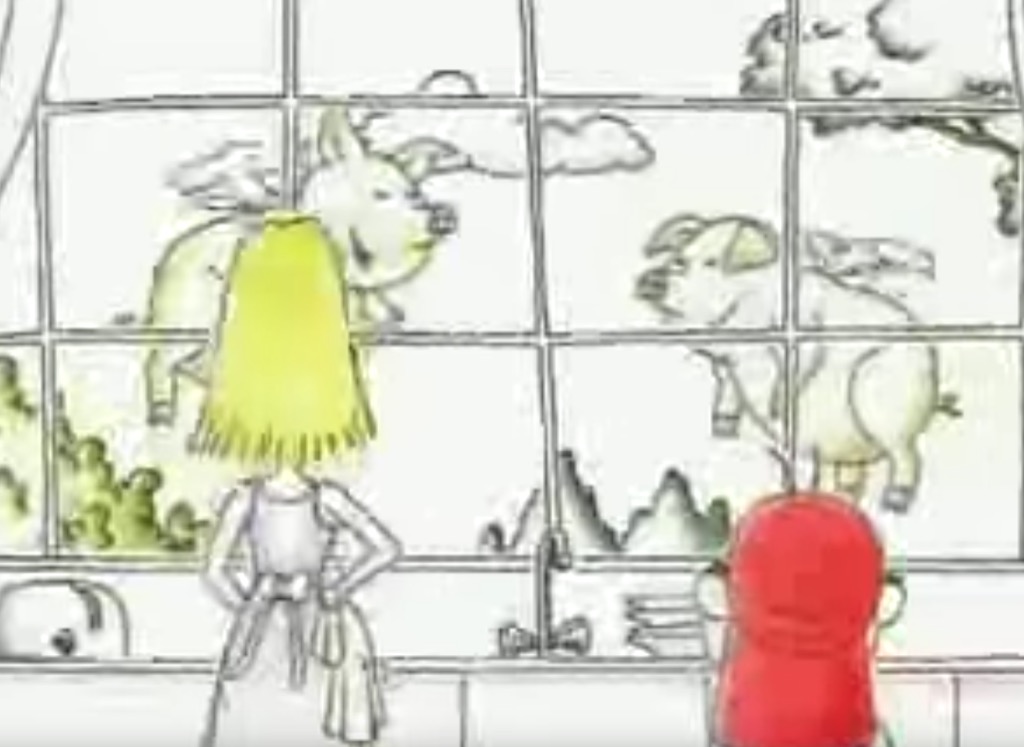 Red Bull's tagline, "Red Bull gives you wings," isn't a joke on its lonesome. But the comedic timing in the "When Pigs Fly" ad, wherein pigs actually, you know, fly, thanks to imbibing some of the energy drink, elevates the tagline to pure joke status. Often, the best jokes have no words. This Snickers spot, which stars Rowan Atkinson as the iconic, consistently silly Mr. Bean, attempting to learn how to use a pair of nunchucks, is a pristine example. 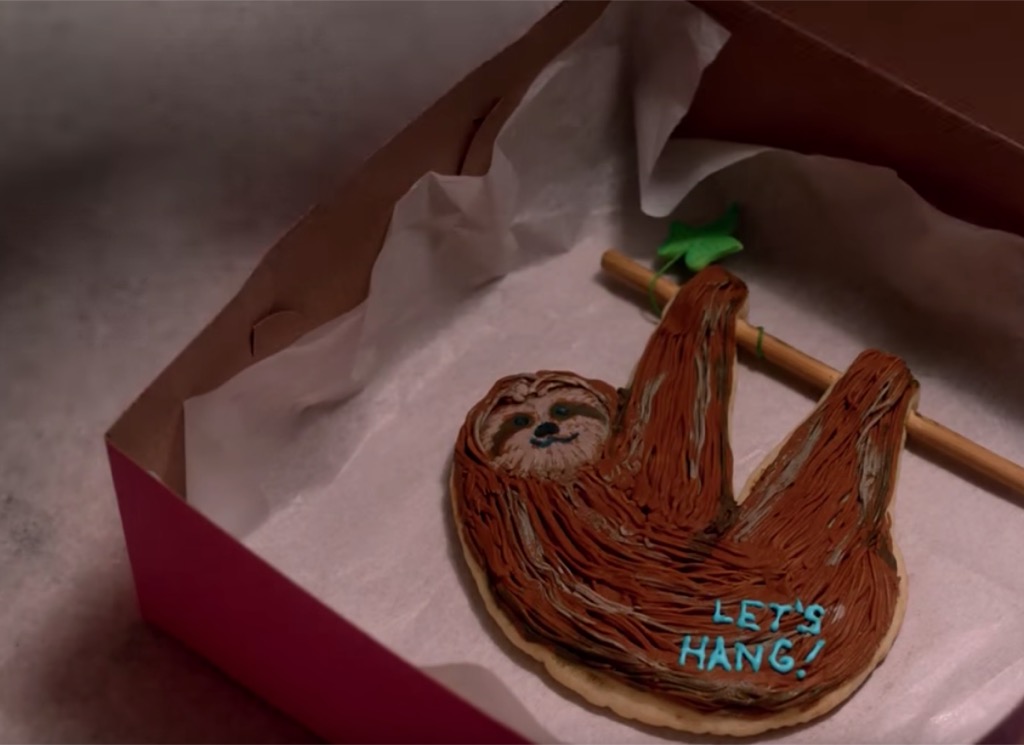 There exists, if you're not aware, a video of Kristen Bell sobbing tears of pure, unadulterated joy—at merely seeing a sloth. So this Samsung ad, starring Bell, her husband, Dax Shepard, and a sloth-adorned cake, was, for the 27 million people who watched the original video, a sidesplitting callback.

"Mayhem" is Allstate's attempt to visually demonstrate how, well, mayhem can cause accidents. In this instance, Mayhem (the character) is a distractingly attractive woman exercising—played by a man in a suit, the tonal opposite of a jogging woman. 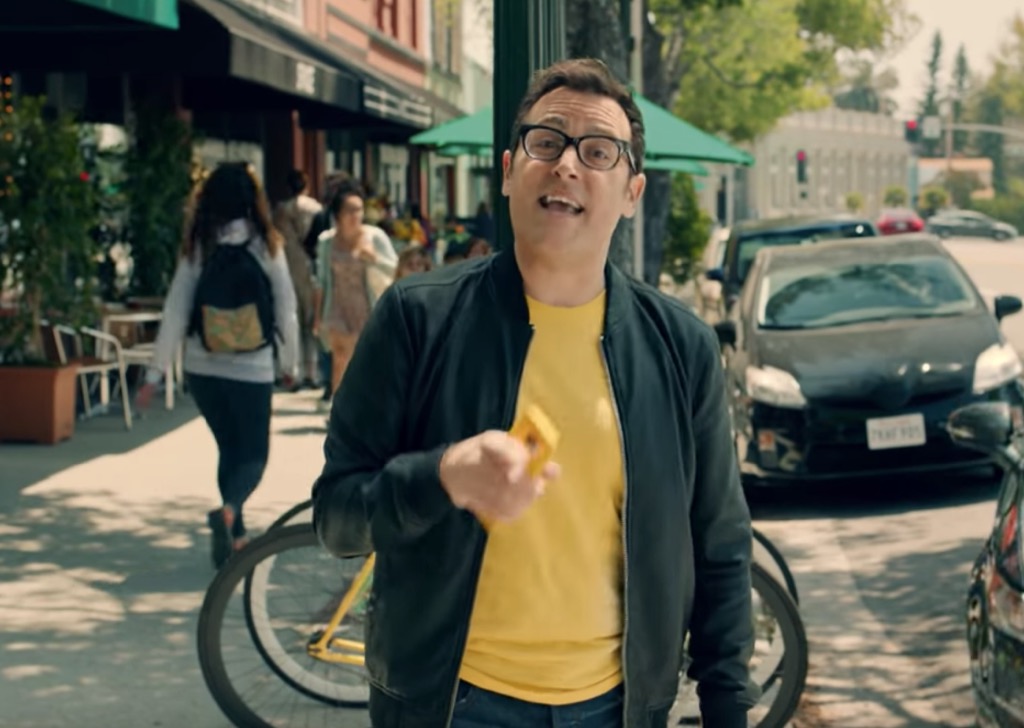 For years, "Paul" (not the guy's real name) was the "Can you hear me now?" guy at Verizon. So when he jumped ship—presumably for a veritable boatload of dough—and put a twist on the iconic line, we nearly fell to the floor laughing. 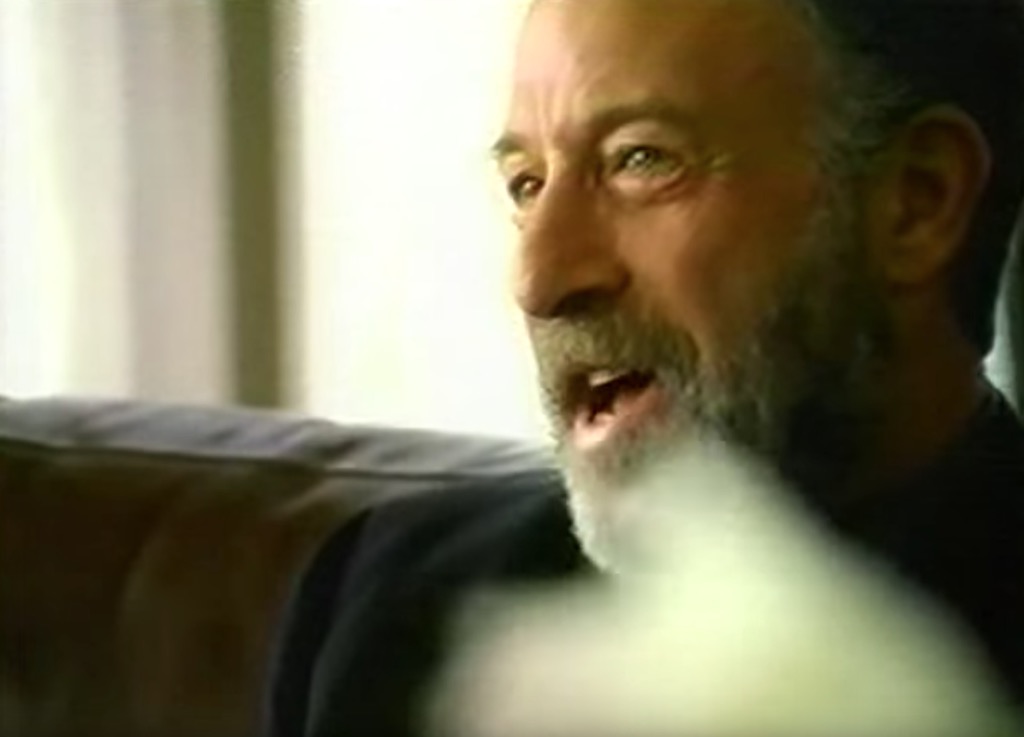 Thanks to the proliferation of, in suiting, slimmer cuts, thinner lapels, funkier patterns, suaver fabrics, retro-inspired cuffs, and wildly louder colors, the iconic Men's Wearhouse—a for-all-intents-and-purposes warehouse that sells approximately zero of those aforementioned style essentials—catchphrase comes off more as a joke than anything else. Next, don't miss the 30 Funniest Movie Lines of All Time.