The aughts set a wacky foundation for the 21st century.

If you grew up in the first decade of the new millennium, one thing is for sure: the entire world is very eager to define who you are. You're Generation Z, they told you. Or maybe iGeneration, or Gen Tech, or Gen Wii, or maybe the Net Gen. So many possibilities, and none of them entirely correct! The kids of the early aughts were never exactly one thing.

The point is, you and your generational peers have a wide array of interests, and you're fully prepared to take over the world someday. What you bought and played with really does matter; after all, it's been predicted that you'll be 40 percent of all consumers by 2020. Here are 20 things that defined your consumerism in the dawn of the 21st century. 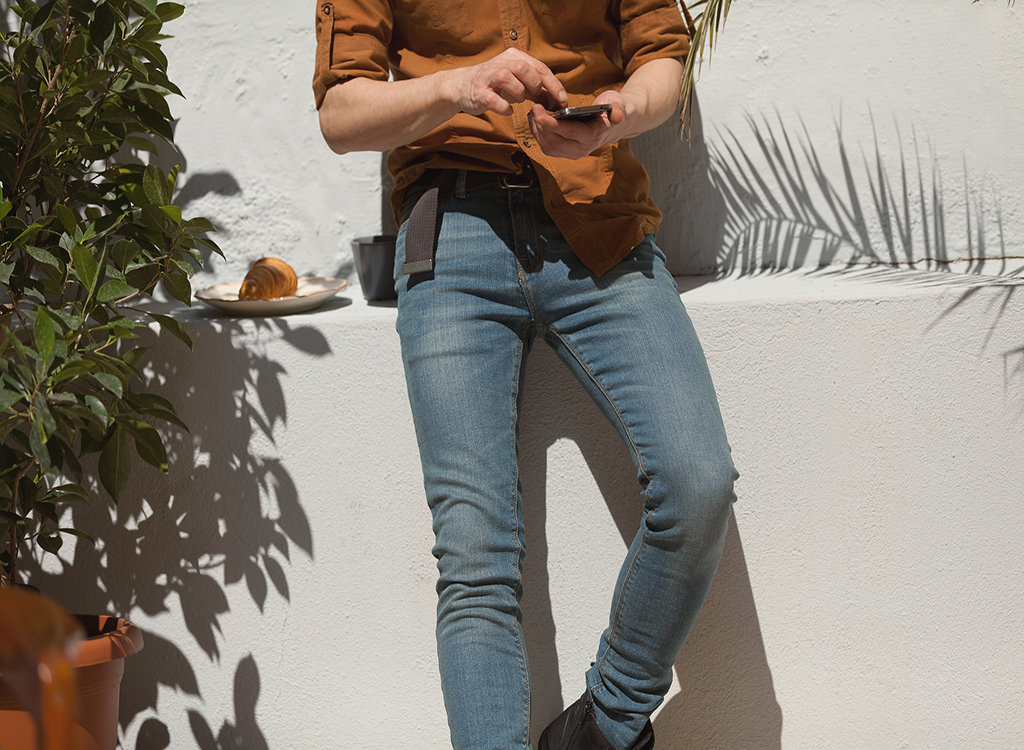 If a pair of jeans was so tight it cut off circulation and made bending over or walking up or down stairs nearly impossible, you knew it was cool. The last time skinny jeans were all the rage, it was the 1960s, and your grandmother was hitching a ride to Woodstock.

The first Xbox was cool. (Cutting-edge graphics! A killer controller! Halo!) The second iteration, the Xbox 360, was even cooler. When it came out in 2005, the console not only had some of the best games ever made—some of us still dreams of that first Portal play-through—but it also offered Xbox Live, which let you play against other people online. The world got a little smaller that year. All told, over the span of the machine's shelf life, Microsoft sold about 84 million units. 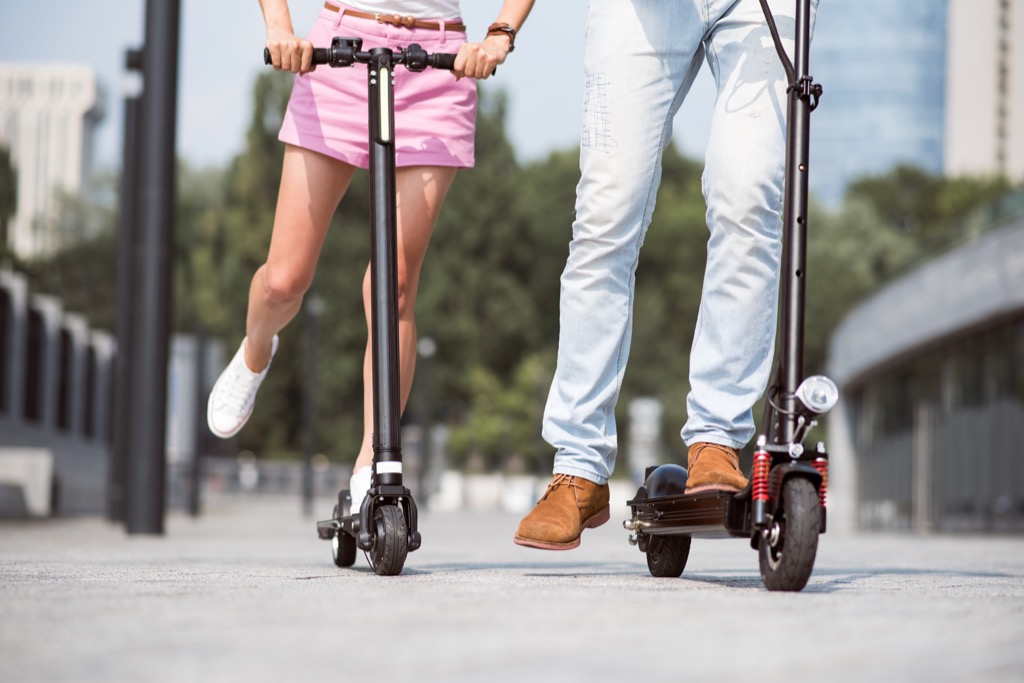 Invented (or so the legend goes) by a Swiss banker who wanted a way to get a bratwurst without driving his car, it became the most popular travel mode for kids in the new millennium. It was sleeker and faster than a traditional scooter, and easy to fold up and carry when you got to your destination. What the skateboard was to cool kids in the '90s, the Razor was to cool kids in the 2000s. 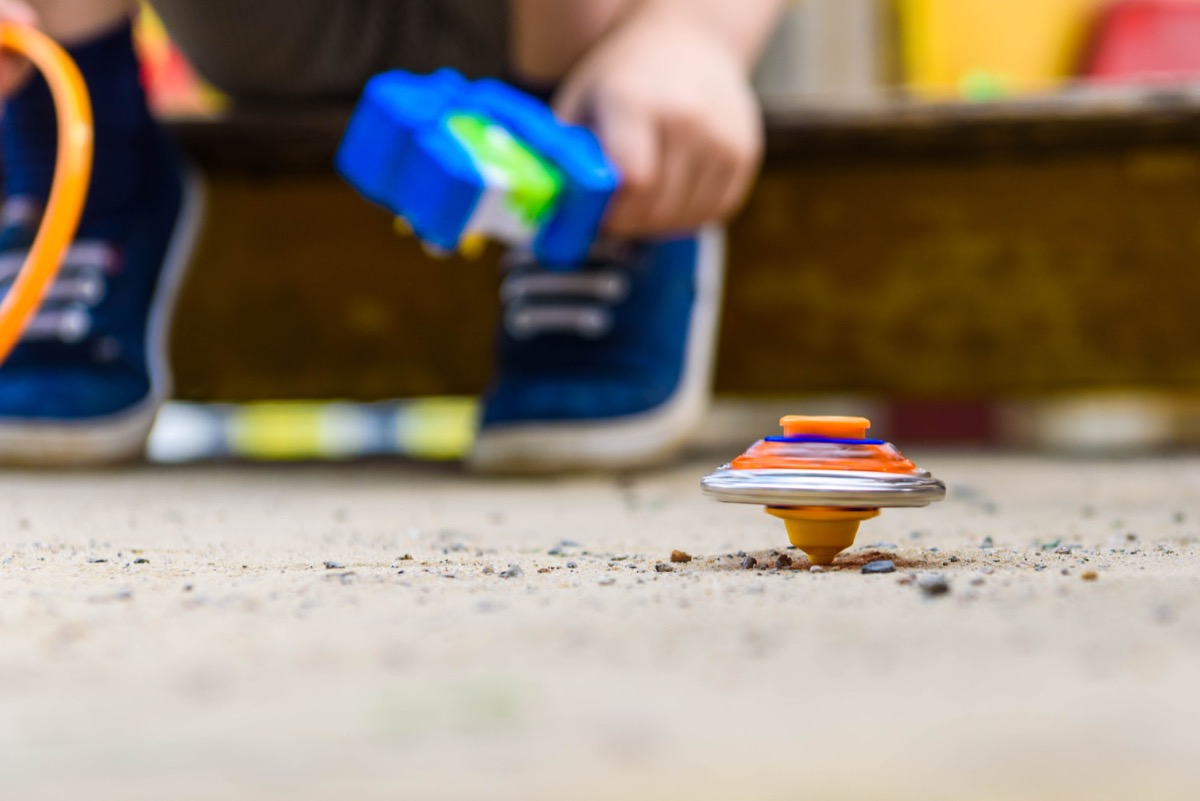 A toy that took an old concept, the spinning top, and turned it into something futuristic and dangerous. Beyblades came with interchangeable parts—different weights, rings, and disks that would affect how your blade would spin—and you could battle other Beyblades in plastic arenas called Beystadiums. If your opponent's blade was ripped apart by the sheer force of your spinning, he had been delivered a "Beyblade Burst." They were so popular, Beyblades even had their own cartoon! 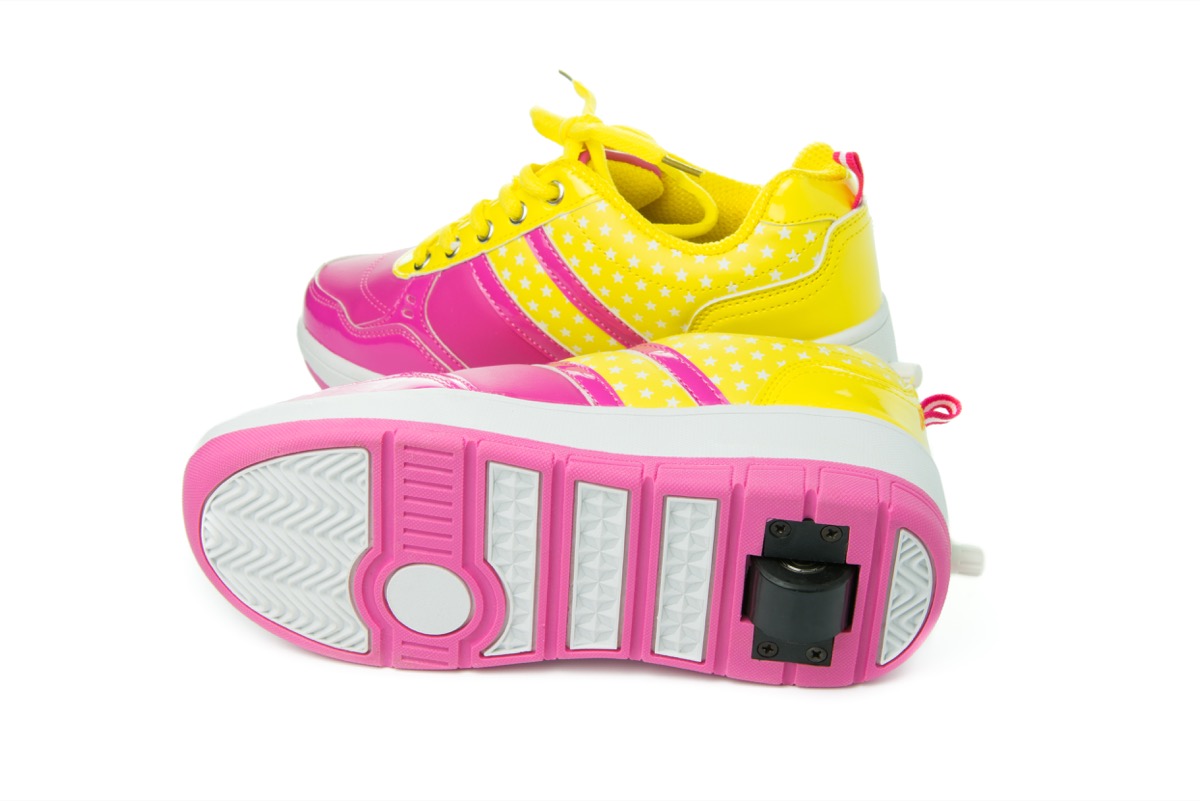 Forget clunky roller skates, when Gen Z kids wanted to glide through a crowd, they put on a pair of Heelys. They looked like normal shoes but worked like inline skates. By just slightly shifting your feet, you could suddenly be zipping at top speeds—which was both really, really cool and, according to some studies, really, really dangerous. 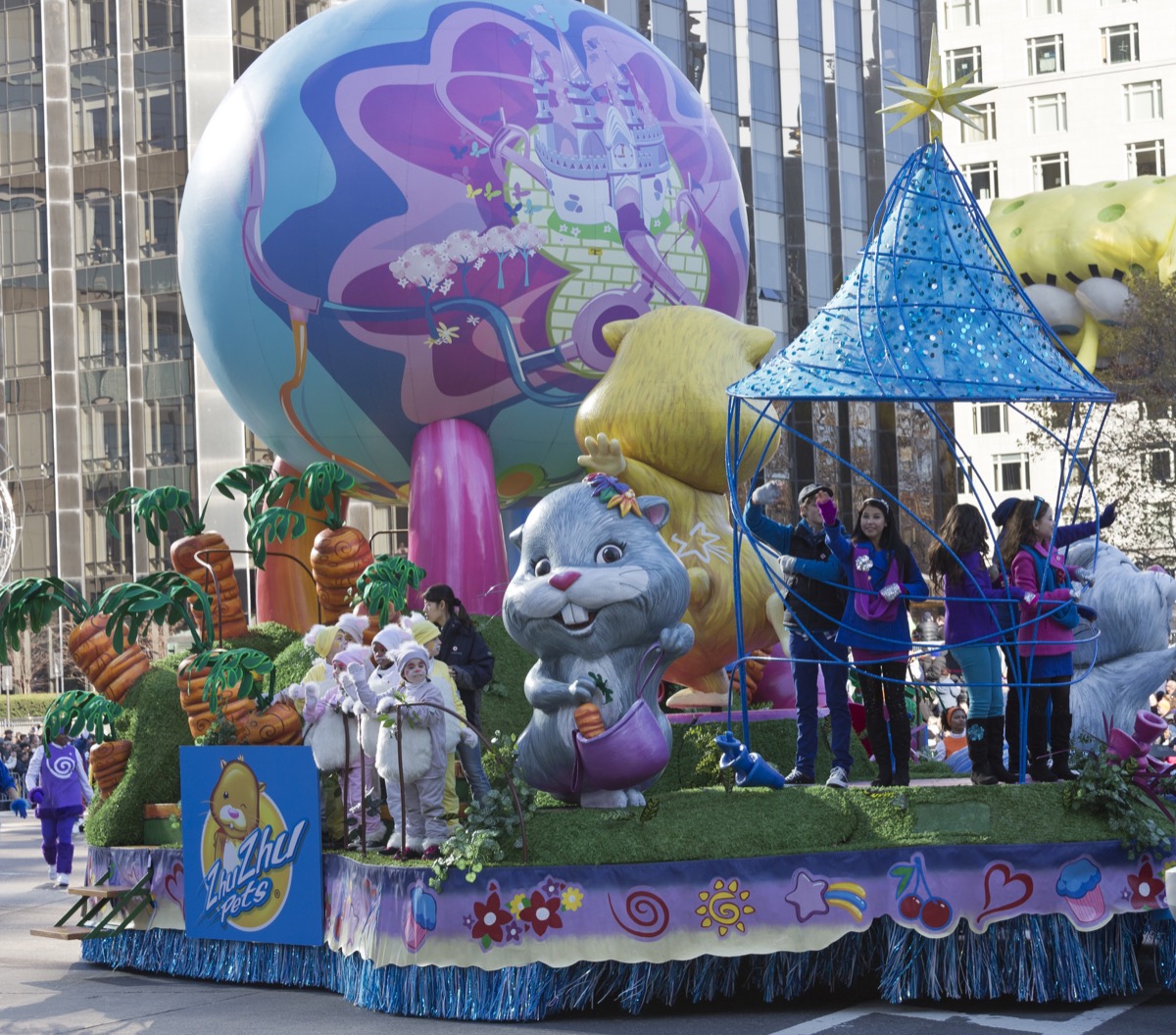 With adorable names like Chunk, PipSqueak, Mr. Squiggles, and Num Nums, these tiny hamster robots—which, if you take it from the commercials, were so smart that "they decide what to zhu"—could purr and run and snuggle and even talk to their owners. They were so insanely popular during the 2009 holidays that many toy stores sold out almost instantly, and the few remaining Zhu Zhus were selling for prices inflated by up 500 percent.

Before iPhones, the iPod Touch was how every tech-savvy Gen Z kid carried around their music, photos, and favorite handheld video games. You couldn't make calls with it, but nobody cared as long as they could stay connected online. One kid even had his pants catch on fire in 2009 because of an overheating iPod Touch, but that wasn't enough to scare kids into putting down their devices. 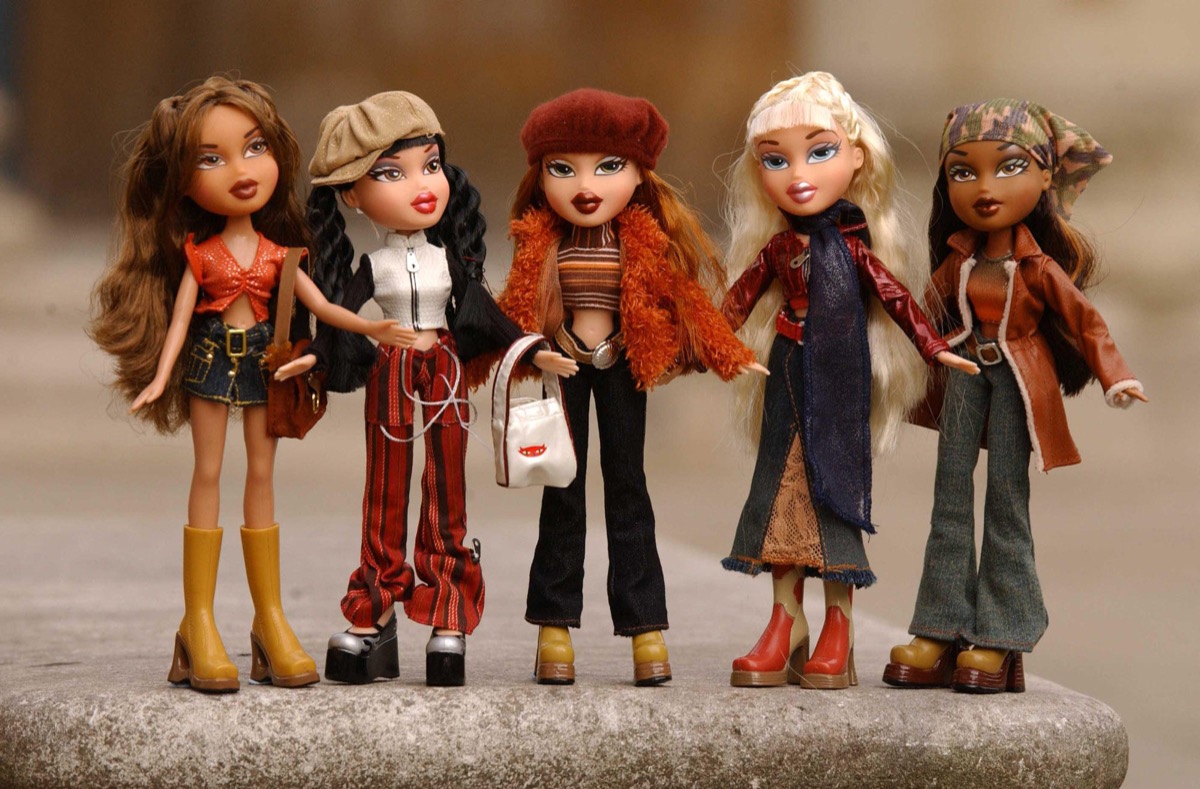 According to the New Yorker, Bratz were "the first dolls to successfully rival Barbie since she made her début in 1959." That's because the original four Bratz—Jade, Cloe, Yasmin, and Sasha—weren't eager to please. They had a snarling, rebellious attitude that preteens found more relatable. And best of all, they're "ethnically ambiguous," as the makers liked to put it. Bratz weren't for everyone, but they were beloved by kids who wanted their dolls to be as edgy and imperfect as they saw themselves.

More than 200 million users signed on to Club Penguin, a huge virtual world where players—represented by cartoon penguin avatars—could take part in dozens of online games and multiplayer activities. It had such a devoted following that Nielsen picked it as the eighth most influential social networking platform in the United States in 2008. Disney officially shut the servers down in 2017, but dedicated fans used cached files to recreate the whole shebang in what is now known as Club Penguin Rewritten (above). As of this writing, Disney has yet to cease-and-desist it into oblivion.

Why crocs, which are basically just plastic clogs, took the world by storm is anybody's guess. But in the mid-2000s, it seemed like everybody owned a pair of these hideous shoe-like things, which looked like slippers that had been attacked by piranhas. Around 300 million clogs have been sold since they became ubiquitous in American youth culture.

Even in a world with endless digital temptations—so many YouTube videos and MP3s and video games vying for our attention—the Magic Tree House series still managed to attract a loyal following. Books like Mummies in the Morning, Dark Day in the Deep Sea, and Haunted Castle on Hallows Eve kept an entire generation captivated.

The commercials promised that these personal robots had "67 functions," which included dancing, navigating through a room, giving high-fives, and even burping. If we'd managed to figure out how to program RoboSapien to become our personal butler, we'd probably still be living with one of these toys today.

Because eating is intrinsically more enjoyable if your meal is served on the face of a fox, frog, hippo, pig, or dog. These plates were so beloved by kids who came of age in the 2000s that, over the years, multiple petitions have popped up begging Hefty, the manufacturer, to bring them back. Currently, there's a listing for the coveted flatware on Amazon—but they're completely sold out, and there's no indication on when they'll return. (Sad trombone…) 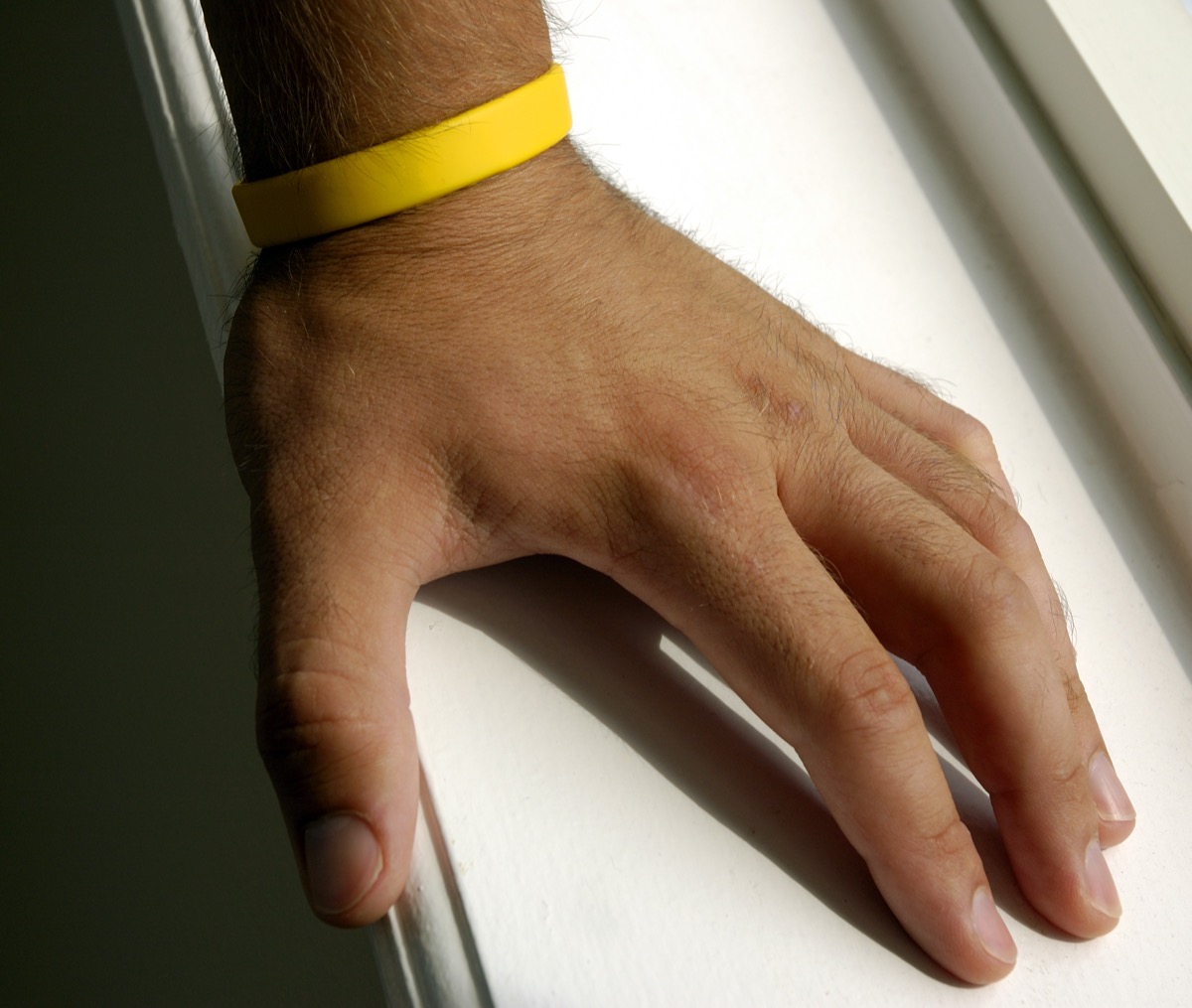 Before doping allegations nosedived his reputation, champion cyclist Lance Armstrong was a symbol of hope for millions of people fighting cancer. The silicone yellow Livestrong bracelets, created by Nike in 2004 to raise money for Armstrong's cancer charity, was a sign of support not just for Armstrong—who would go on that year to win his sixth Tour de France—but also for cancer patients everywhere. It was the AIDS ribbon of its time, and every cool kid was sure to wear at least one.

Meet, Nintendogs: All of the responsibilities of having a real dog—yes, this virtual version needed to be trained, brushed, washed, and played with—but without any of the shedding or kitchen floor "accidents." Nintendogs was such a phenomenon that 23.96 million copies were sold across the globe, making it Nintendo's biggest seller, second only to Super Mario Bros.

Walk up to anybody who grew up in the early 2000s and ask them, "Who lives in a pineapple under the sea?" Not only will they know the answer without hesitation ("SpongBob SquarePants!"), but they'll also proceed to sing you the rest of the theme song.

Like the breakdancing battles of the '80s, Dance Dance Revolution, or "DDR," allowed kids to challenge their peers to dance-offs. Winners were judged not on originality, but how closely they followed the rhythm of a song, hitting the exact colored arrows on a floor mat. True connoisseurs of the game had mats that looked like they'd been trampled by a stampede of bulls. (Shortly after DDR became a cultural phenomenon, a similar game, Guitar Hero, came along, and did the same thing for guitar battles.) 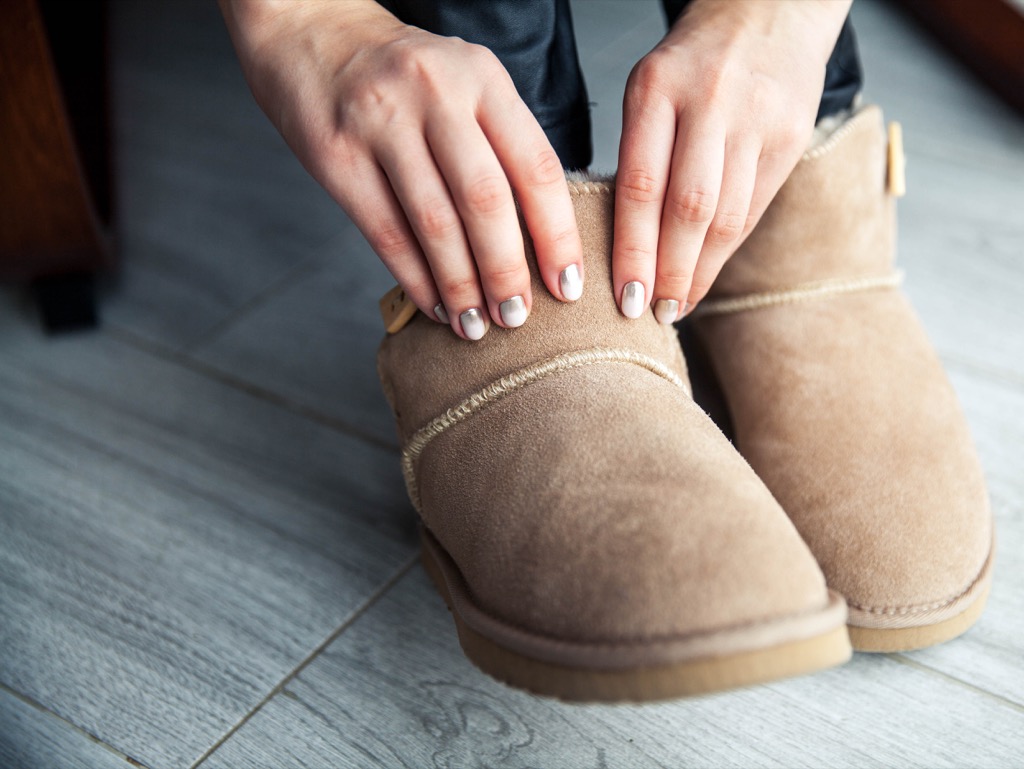 If these fuzzy slipper-wannabes were stylish enough for Beyoncé and Sarah Jessica Parker, they were good enough for anyone. Still, they faded out of obscurity—and into ridicule—faster than perhaps anything in existence. Wear a pair today, and you'll get laughed out of the room.

You couldn't escape this Disney juggernaut if you were a kid in 2006. Love it or hate it, the melody to "Breaking Free" is likely burned into your subconscious. 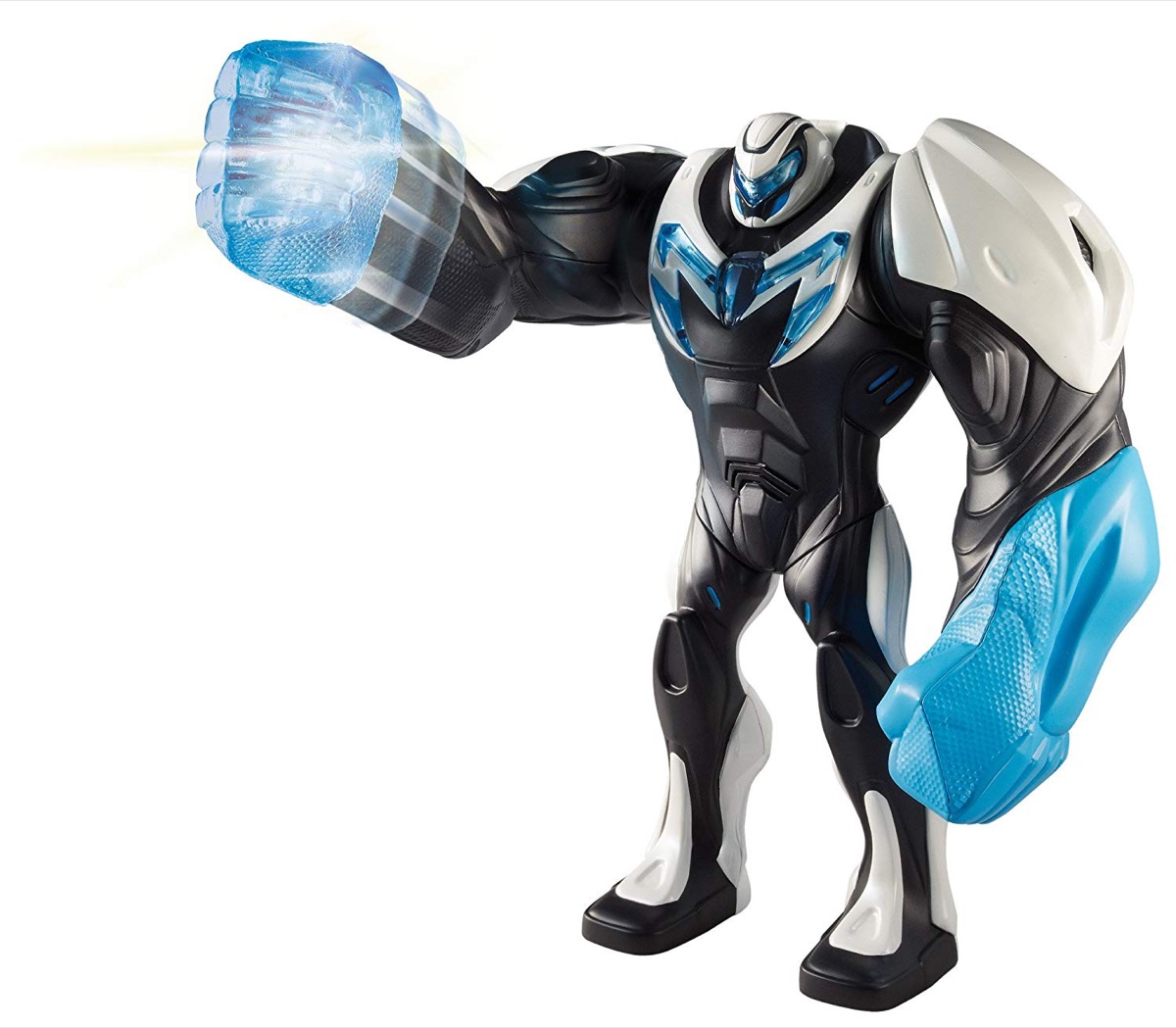 The commercials alone were enough to make any Gen Z kid start salivating. Imagine if the G.I. Joe dolls took a bunch of steroids and got a bunch of explosives, and you have a pretty good idea what Max Steel ($20) was all about. And for more ways the aughts were a totally different time, check out these 22 Things That Have Become Obsolete Since 2000.