4 Signs Meghan Markle Could Be Pregnant

Is that a royal baby bump we see?

After her breathtakingly romantic wedding to Prince Harry on the grounds of Windsor Castle in May, royal watchers everywhere have been on high alert looking for any sign that Meghan Markle (excuse us, the Duchess of Sussex) is pregnant. Harry has made no secret of his desire to be a father and Meghan celebrated her 37th birthday last month, so it's a pretty fair guess that the couple isn't wasting any time trying to have a baby.

"Meghan and Harry have mentioned to some of their close friends that they are eager to become parents," a palace insider told me. "They are really enjoying married life. I wouldn't be surprised if an announcement is imminent."

Judging by Meghan's appearance last night in London at 100 Days to Peace, a concert to benefit mental health charities organized by the Royal Armouries to mark the century of the end of the First World War, we just might have spotted the beginning of a royal baby bump. Here are four reasons why the duchess may be pregnant. And for more royals-related news, don't miss Halle Berry's Amazing Response to Seeing Her Poster on Prince Harry's Old Dorm Room Wall. 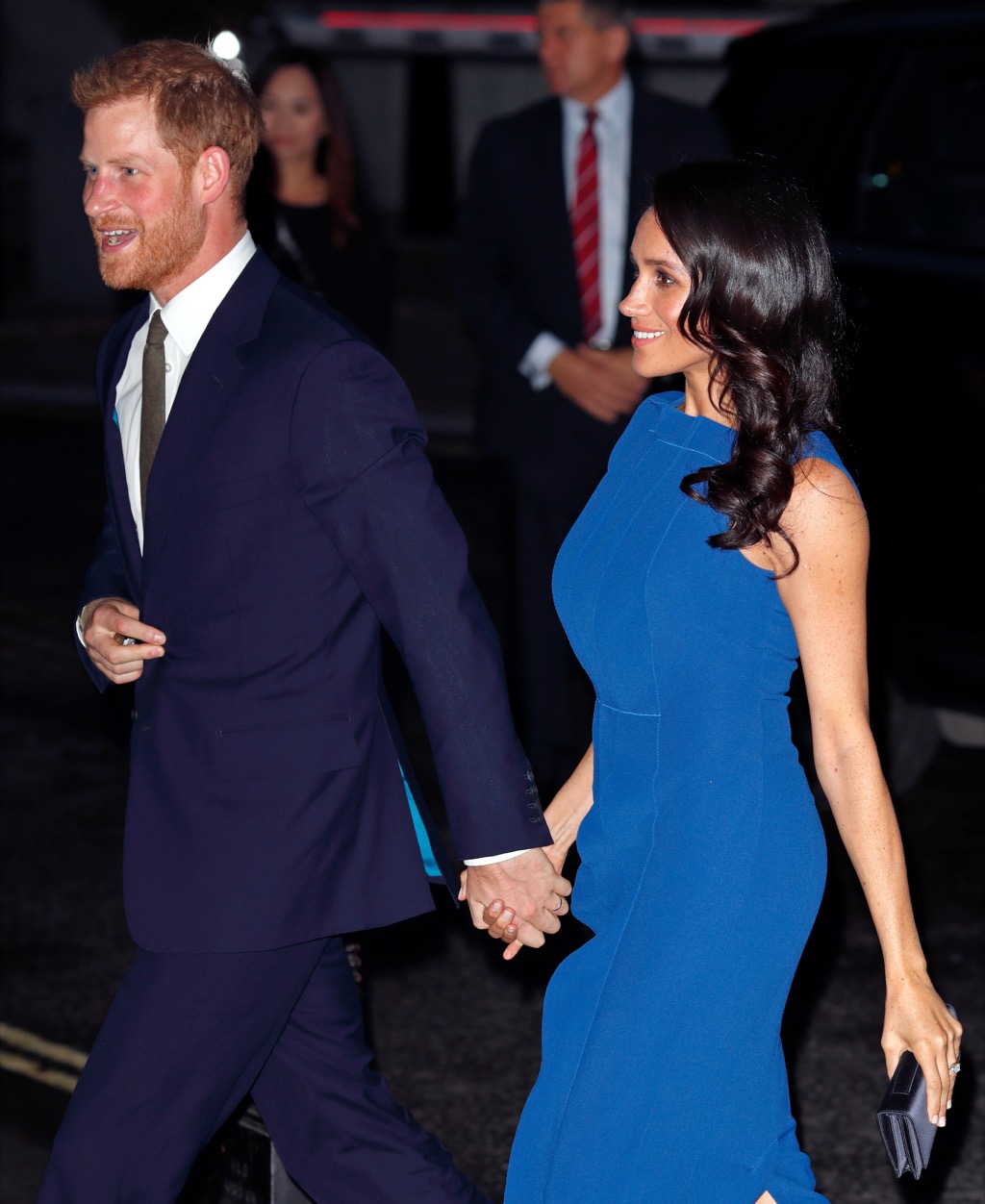 At last night's event, the duchess wore a bright blue sheath dress by Jason Wu which had soft pleats and ruffles running down the front, but the frilly style didn't completely obscure her noticeably curvier figure—which sent the Twittersphere into overdrive. 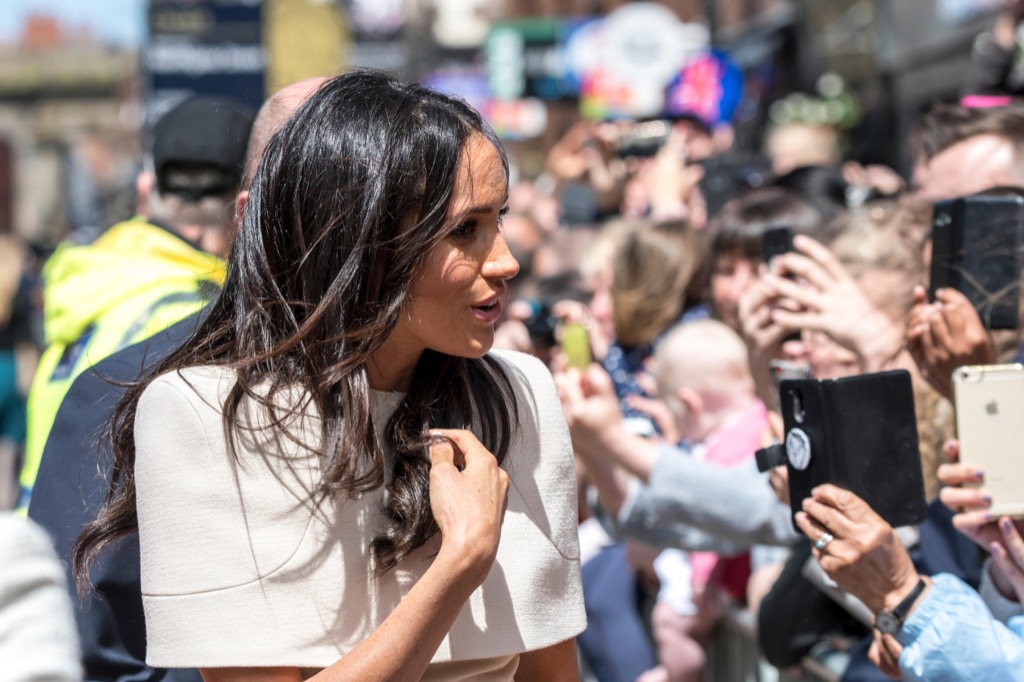 Meghan has said she gets her naturally curly hair chemically straightened with Brazilian blowouts several times a year. The treatments last about three months and are not recommended for pregnant women, which may explain why Meghan has begun to wear her hair in loose waves more often when she's not sporting her signature messy bun.

3
She's been hiding behind her handbag . 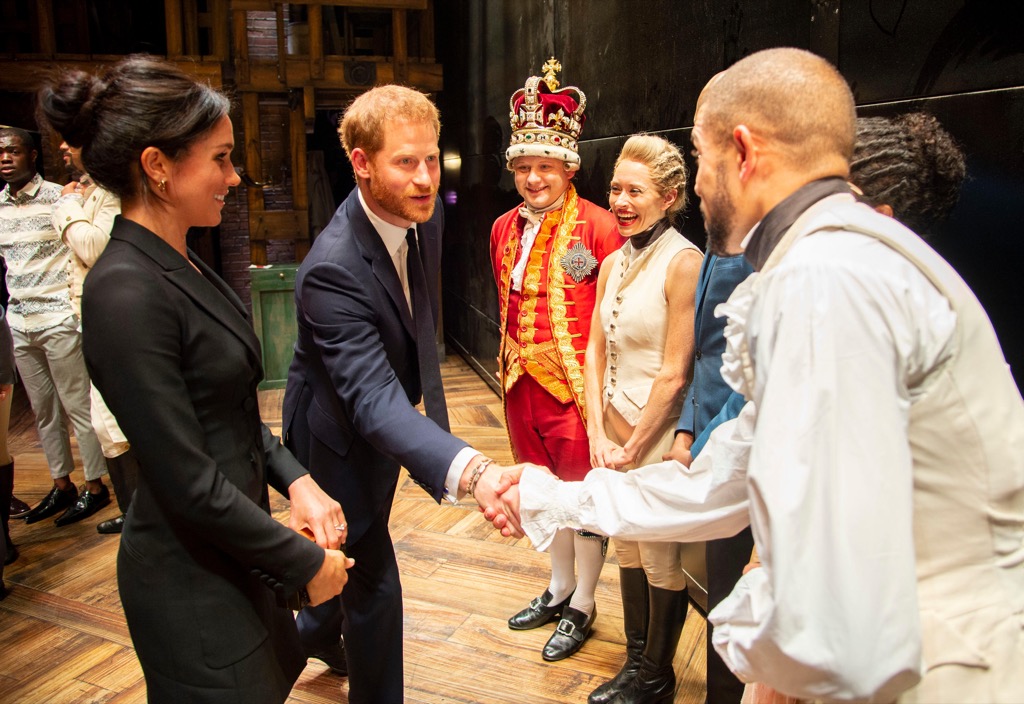 This week at the WellChild Awards in London, she wore a black tuxedo-style suit with an oversized jacket and loose fitting black silk top despite the unusually hot weather. The duchess was also careful to hold her clutch in front of her belly the entire time she was on the red carpet.

"There's no question the duchess has been dressing a bit more understated these days," said my source. 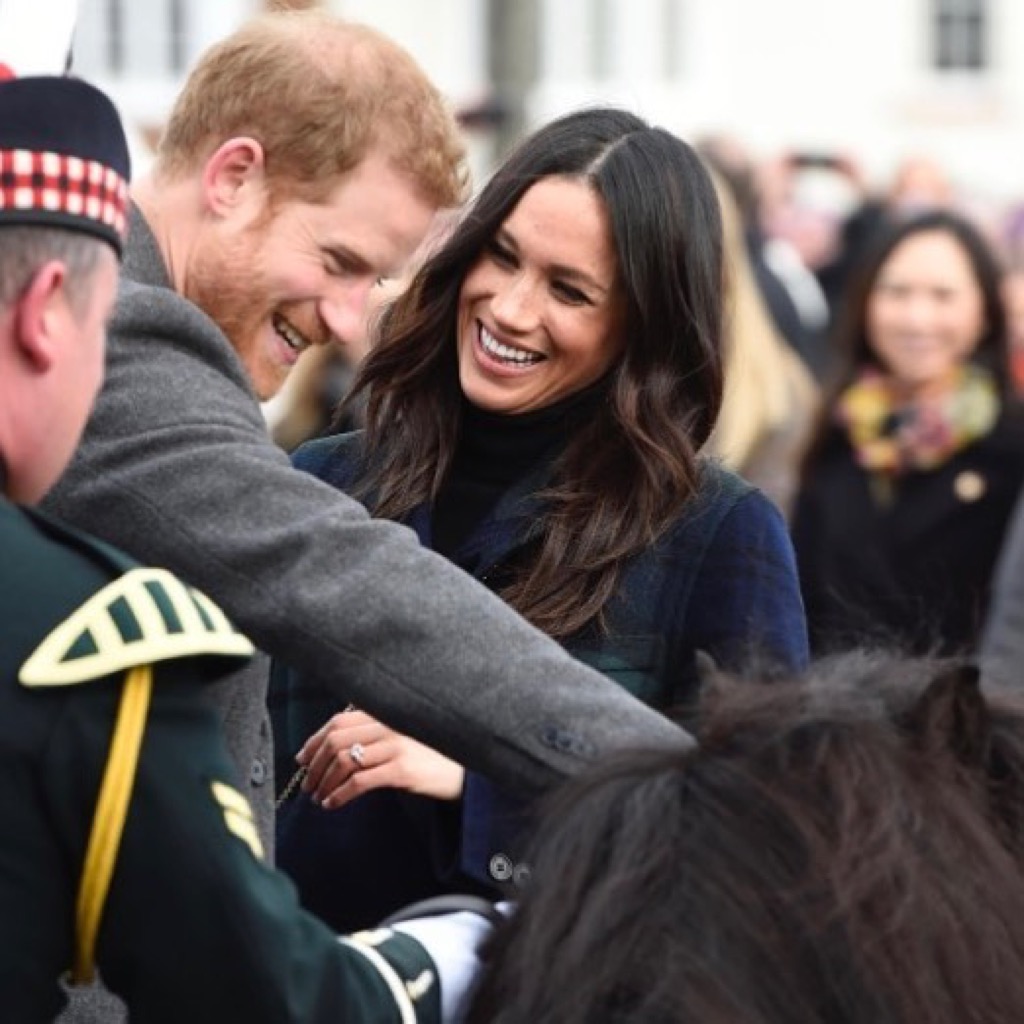 Both Meghan and Harry are "positively glowing with happiness" these days, said my source. While Meghan has always been the more touchy-feely of the two in public, Harry recently made the Internet swoon when a video surfaced of the duke rubbing his wife's back as they stood talking to children at the WellChild Awards. "He has been even more solicitous than usual. There seems to be a deeper closeness between them."