20 Kids' Films That Will Definitely Traumatize Your Children

Ask any adult to name the movie that first terrified them as a kid, and odds are they won't mention some R-rated horror film they snuck into or a violent thriller they should never have been allowed to watch. The movies that most often traumatize children are the (supposedly) squeaky clean, family-friendly films that are ostensibly created just for them. That's right, it's the G or PG-rated fare that sometimes leave them in a cold sweat and way too freaked out to fall asleep without every light in their bedroom turned on. It really is a toss-up whether children would have fewer nightmares after seeing Apocalypse Now than a single viewing of Watership Down.

Here are 20 films targeted at younger audiences that are actually pretty traumatizing, not just for kids but some adults as well. For more on kids entertainment, lighten the mood with these 20 Funniest Jokes From Kids' Movies. 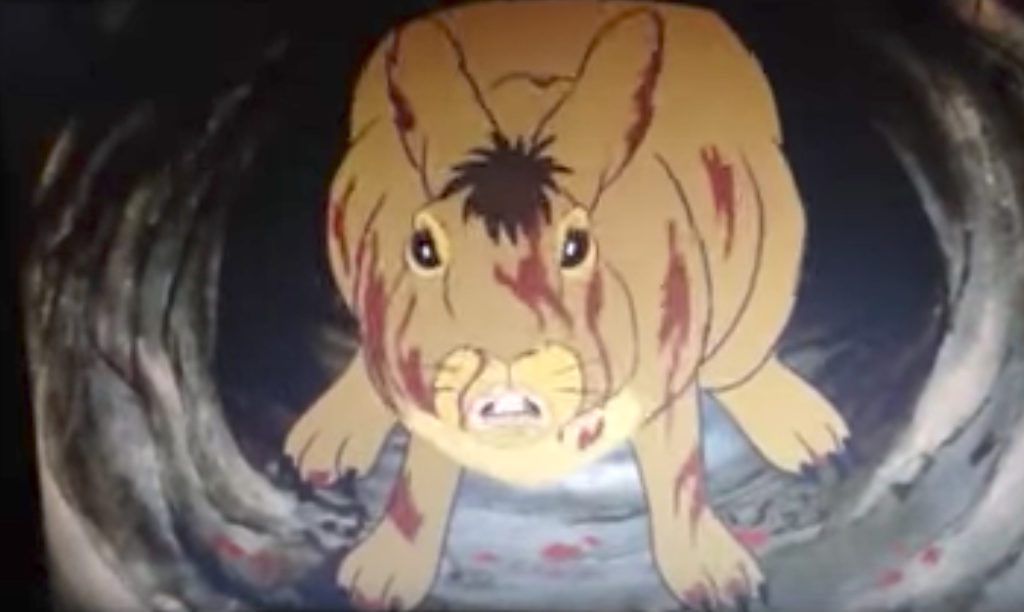 For a movie about bunnies, Watership Down sure does have a lot of blood and gore. That final battle between Woundwort and the rabid dog is like something out of a Tarantino movie. This is what G-rated movies looked like in the 70s; you never knew when an adorable bunny was going to have his throat ripped open by an attacker. And for more on the things that go bump in the night, check out these 15 Most Haunted Places in America. 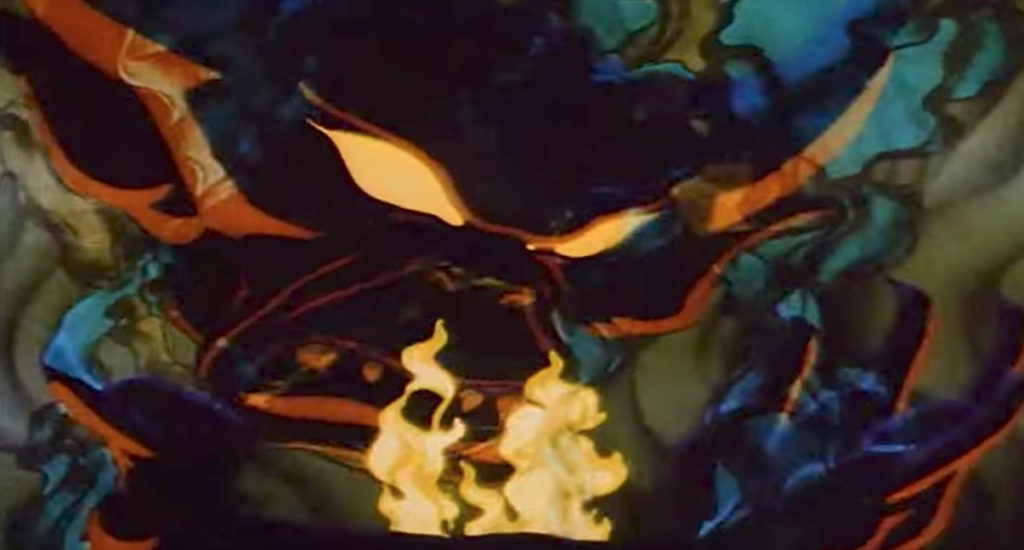 Mickey Mouse's most memorable feature is psychedelic but mostly harmless fun, except for that one scene where Satan makes an appearance. The good news is, he's only summoning demons from the underworld for an old-fashioned hoedown. But even so, they're some seriously creepy demons. For more family-friendly content, check out these 20 Funniest Jokes from Kids' Books. 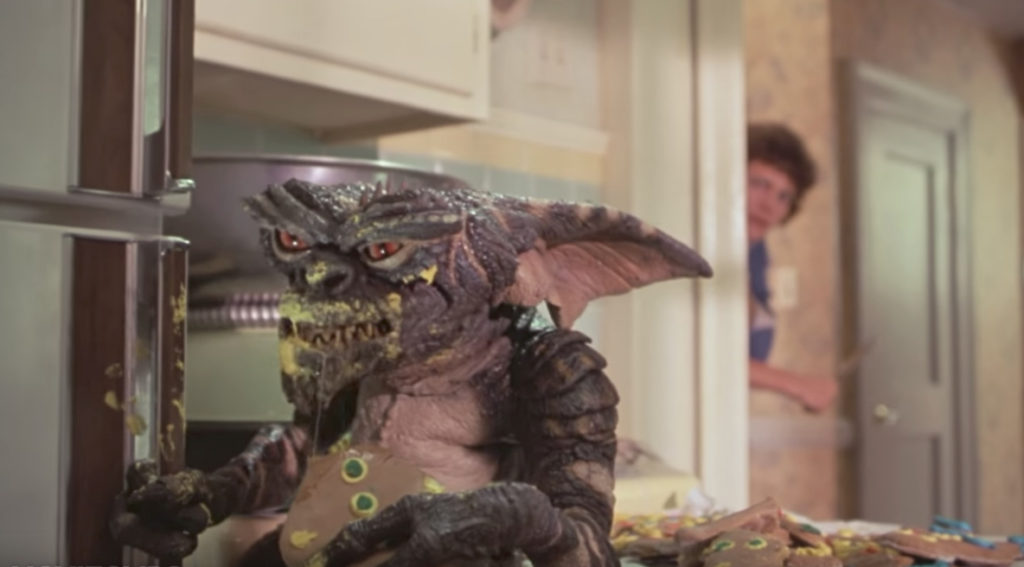 This movie isn't on the list because of the gruesome special effects, like when the Gremlin leader Stripe melts, his body dissolving as he foams at the mouth. That was pretty bad, but it's not the most traumatizing part of Gremlins. This supposed comedy-horror movie ruined generations of kids when it revealed, without any spoiler alerts, that Santa Claus doesn't exist! No, you're not a bad parent for letting your impressionable child watch this horrifying film. For more on being the best parent you can be, check out these 40 Parenting Hacks for Raising an Amazing Kid. 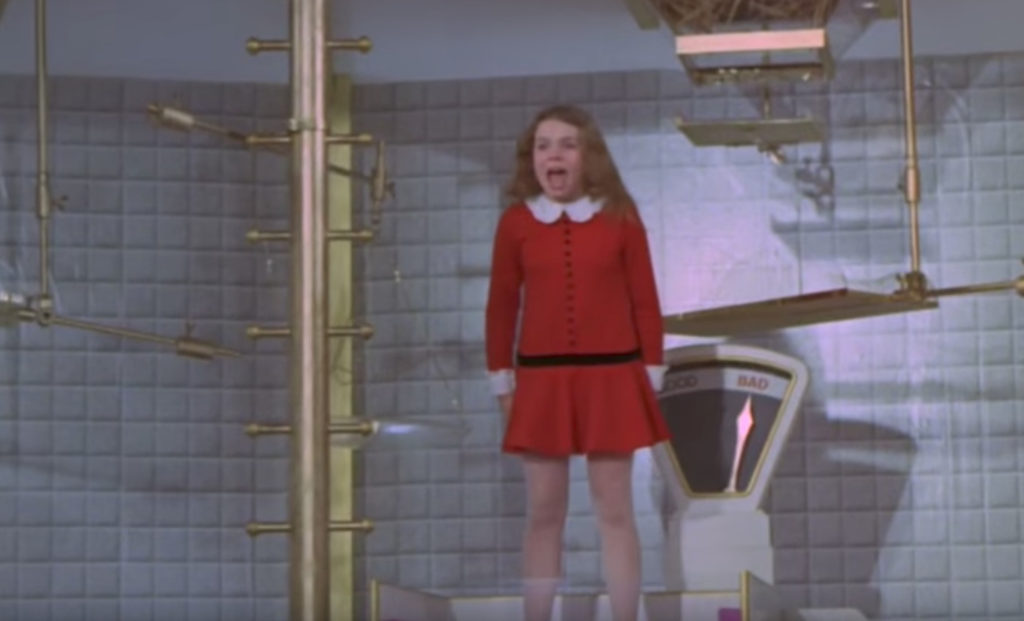 Is it the heartwarming tale of a poor kid who inherits a chocolate business, or a terrifying tale of a serial killer who lures children into his factory and systemically murders all but one of them? Did you ever wonder what happened to those kids after their "accidents," when they were sucked into pipes or blown up to the size of blueberries?

Wonka didn't seem all that concerned with whether they lived or died. When Veruca Salt is dropped down a garbage chute and into the incinerator, Wonka remarks that the furnace only operates every other day, "so they have a good sporting chance." Yikes! And for more quotable films, check out these 37 Movies Every Man Over 40 Should be Able to Quote. 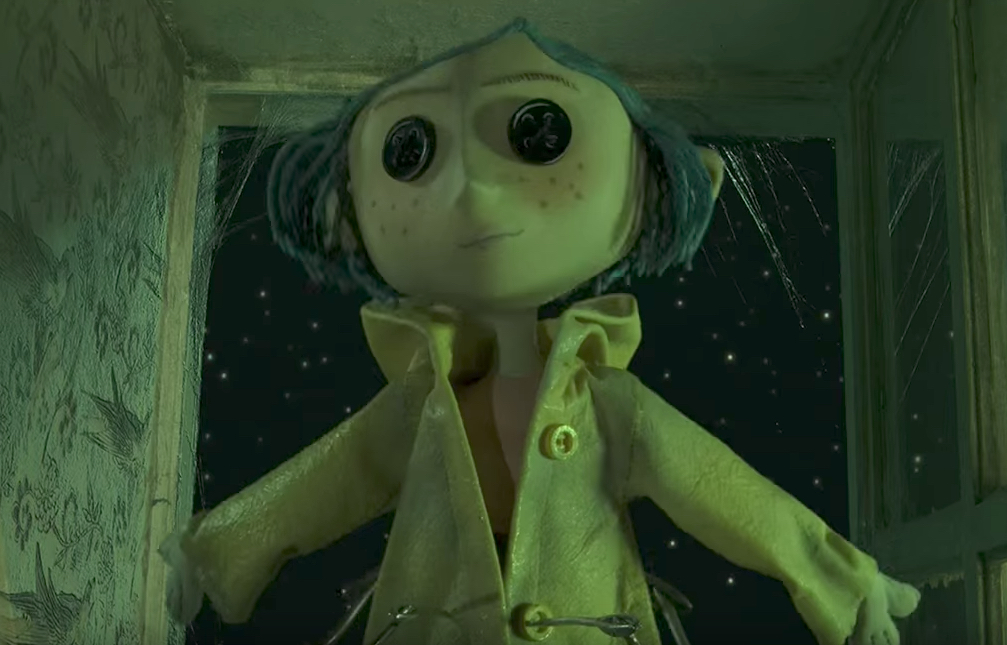 What could possibly be terrifying about a girl who discovers a parallel world where a doll that resembles her mom wants to kidnap her and sew buttons over her eyes? Um, how about everything? And that's just the first thirty minutes.

The rest of the movie involves Coraline's nightmarish attempts to track down the eyes—yes, the eyes—of her ghost friends in the Other World. We have to ask, how is this not a David Lynch movie? For more weird (but hilarious) films, check out these 30 Funniest Movies of All Time. 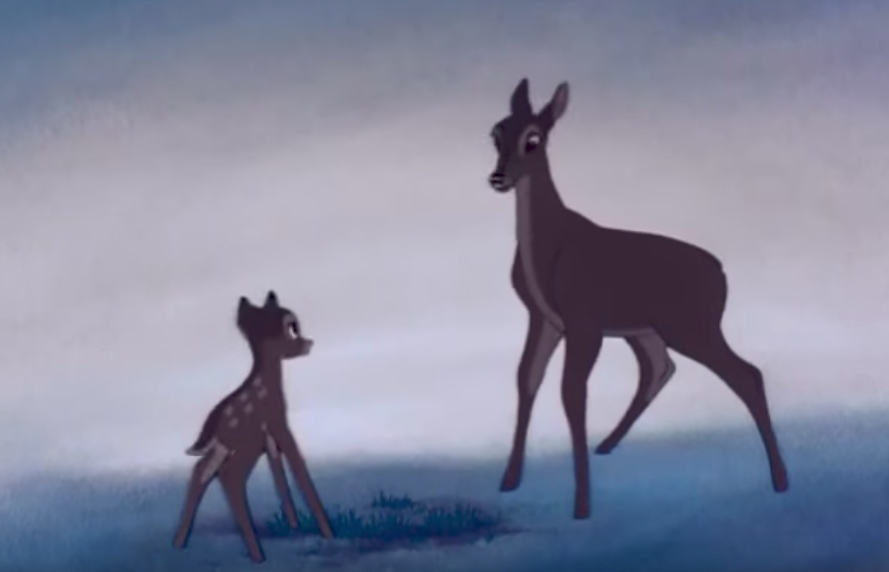 Two words: Dead mom. How many kids learned about death from watching this movie and being reminded, "That's right, the person you love the most and depend on for everything could be taken away from you at any moment?" And for some mommyhood that will hit you right in the feels, here are 30 Things Only Moms with Daughters Know. 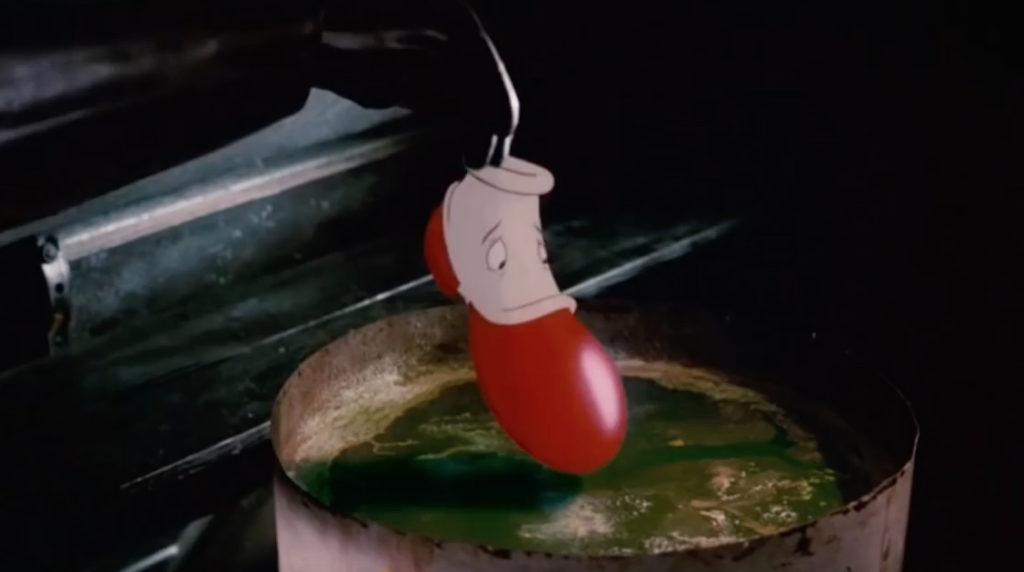 It's Christopher Lloyd's Judge Doom character who makes this movie something that's going to require years of therapy down the line. Whether he's murdering a helpless and innocent anthropomorphic shoe or screaming with very realistic pain while being run over by a steamroller, Who Framed Roger Rabbit? is not a movie for the faint of heart. For more more strangely-placed zingers, check out these 30 Hilarious Jokes Found in Non-Comedy Movies. 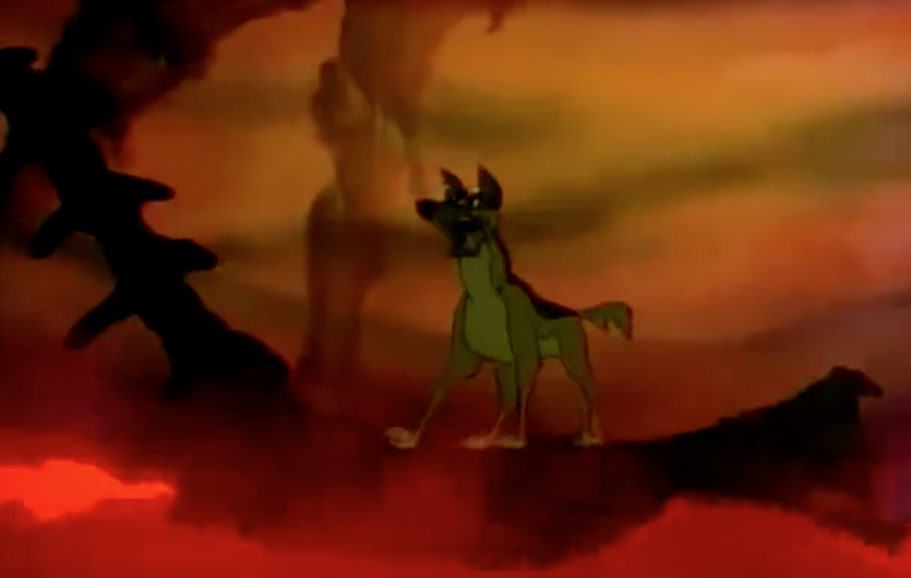 Don't be confused by the title. Sure, most of the dogs go to heaven. But this animated feature also reminds children that some dogs, maybe even your dog, could go to farther south, where there'll be terrorized by a giant lava dragon. Sleep tight, kids!

It's not enough that Mufasa was killed by stampeding Wildebeest, as part of a sinister assassination plot, leaving Simba fatherless exactly when he needs a father the most. It's that agonizing scene where Simba lies next to his dead dad and cradles his father's oversized paw. That's some serious existential terror for a movie about talking lions. 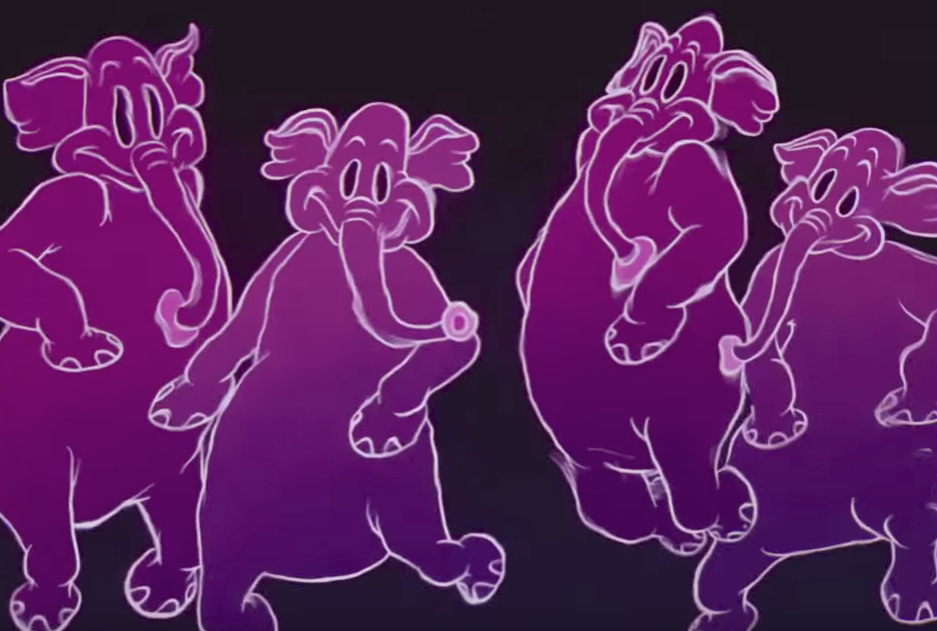 If there's one thing every kid wants to know when watching an animated Disney movie, it's this: "If the lead character were to consume an ill-advised number of mind-altering substances, what kind of terrifying hallucinations would it have?" Oh wait, no, we meant "one thing every kid DOESN'T want to know."

But whatever, Disney gave us the answer anyway in Dumbo, with a truly unsettling sequence involving dancing pink elephants with empty sockets for eyes. Nice to meet you, mental images that are going to be haunting my dreams forever! For more on terrifying dreams, check out these 30 Weirdest Things You Do in Your Sleep. 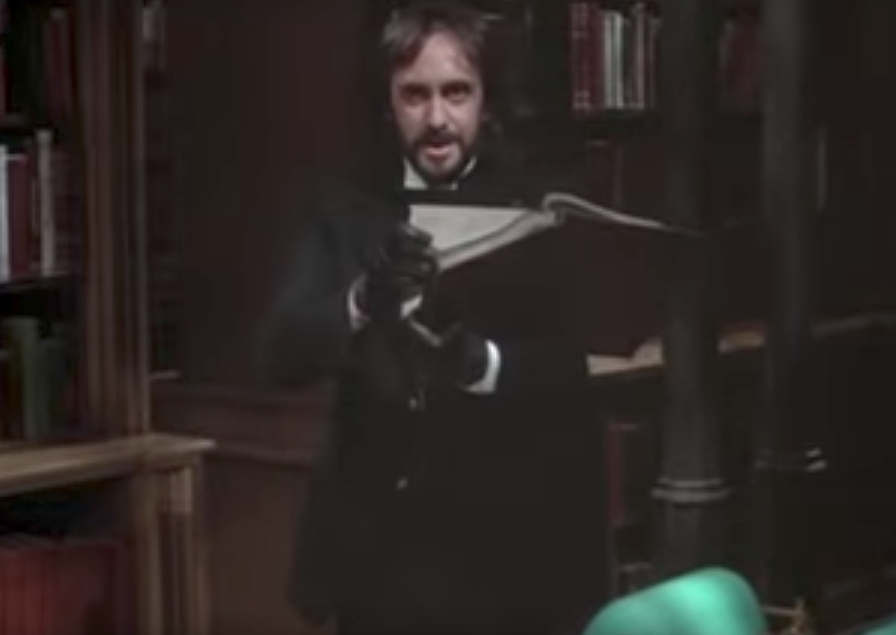 Disney has taught us to expect the occasional parental death in their movies, but something as brutal and unnecessary as a beheading, well, that one still catches us by surprise. And yet it happened in this 80s horror flick, in which the child hero Will Halloway watches himself get guillotined. It's a great reminder to kids everywhere: "Here's something you didn't even realize you should be afraid of."

We've come to expect one thing from Jim Henson movies, and that's delightful and heartwarming puppet shows. We certainly don't expect dystopian tales of doomed planets and grim reminders of mortality. But that's what we got with Dark Crystal, the story of a ruthless and beaked alien species called Skeksis, who are like the Muppet Show's Gonzo but way more nightmare-inducing, and the slightly less horrific beasts trying to stop them.ae0fcc31ae342fd3a1346ebb1f342fcb

If you're going to kill a beloved character in a movie, and that character is a horse, and that movie happens to be targeted at children, maybe you don't make that death scene as slow and agonizing as possible.

When Atreyu's horse sinks into the oblivion of the Swamps Of Sadness, you just want it to be over already. But it goes on and on and on, and the kid screams, with very convincing anguish, "I won't quit! Don't give up!," and the horse looks legitimately terrified (probably because it was a real horse and didn't entirely trust being submerged in black goo.) 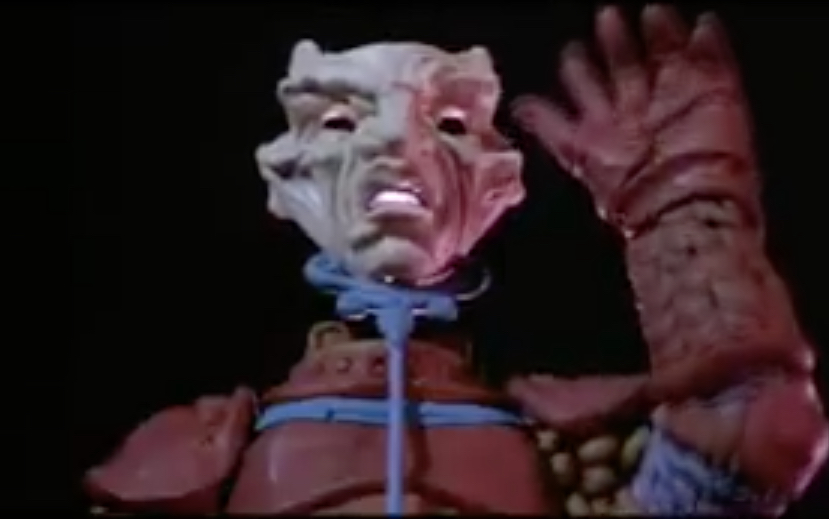 Any claymation movie about Mark Twain has to include one thing and that thing is….Demonic underworld creatures with a tragedy mask for a face explaining the futility of modern man and how easy it is for him to destroy human life. Wait, what? We were actually kind of expecting the delightful hijinks of Tom Sawyer, but sure, the demon reminding us we're going to die works too. 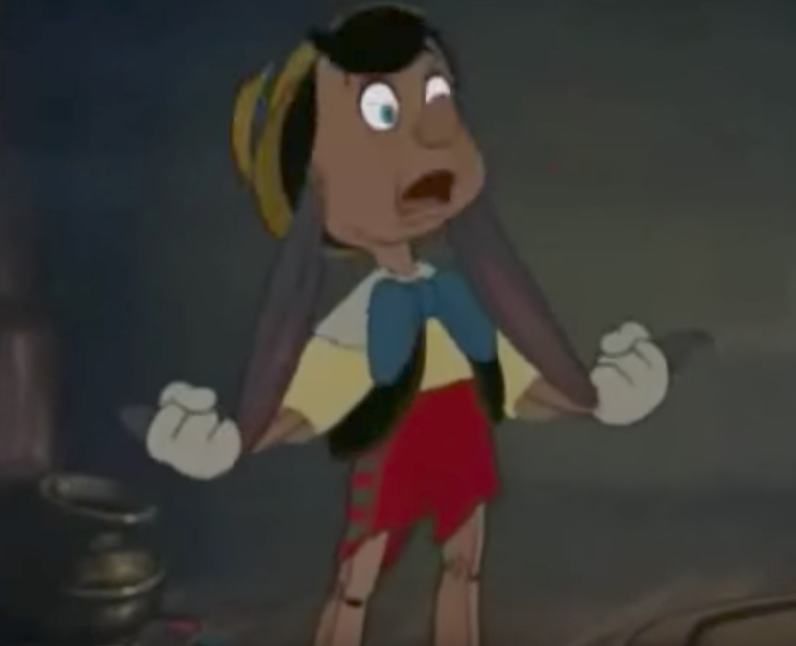 If kids don't already have a little trepidation about the outside world, they will be after seeing Pinocchio. The wooden boy ends up at Pleasure Island, a supposed paradise without rules or responsibilities, at least until your painful and violent transformation into a donkey.

"You boys have had your fun," a shadowy figure yells at the new donkeys. "Now pay for it!" Pinocchio watches in horror as one man takes on his new equine form, and his screams turn into wordless braying. An important lesson for kids that if you ever run away from Mom and Dad, there's like a 50-50 chance you'll become somebody's salt mine donkey slave. For more on the lying game, check out these 15 Genius Ways to Lie Like a Spy.

Just what everyone didn't ask for, a sequel to The Wizard of Oz. But to its credit, Return to Oz manages to be way more haunting than its predecessor. The Wizard of Oz had flying monkeys and melting witches, but the Disney-made sequel had a destitute Emerald City and an Oz now ruled by vigilante roller skaters called Wheelers. And don't forget the witch who collects disembodied heads. 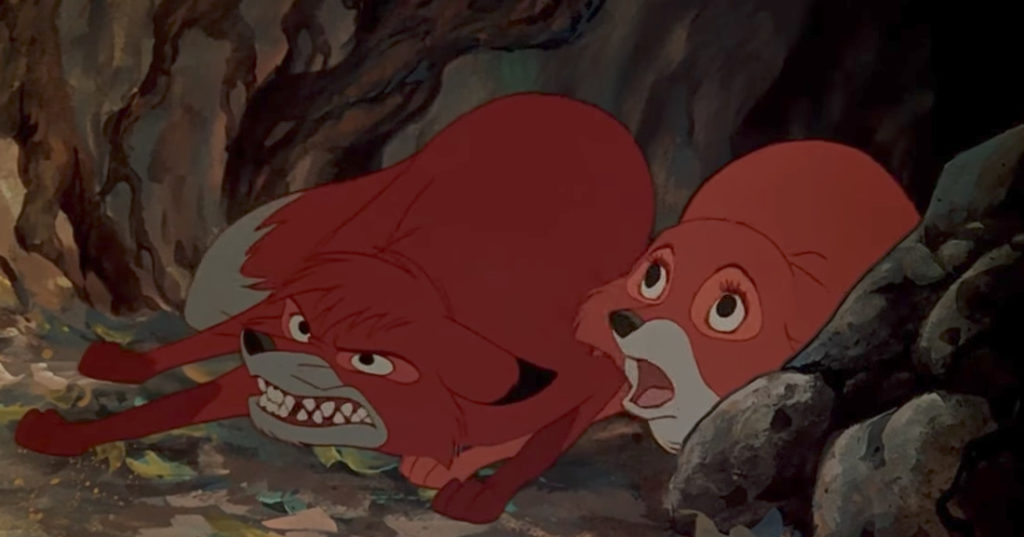 The movie poster makes it seem like this is going to be a typical animated kids flick about an unlikely friendship. And it starts out that way, with an adopted baby fox named Tod befriending a hound dog named Copper. They grow up to realize they're supposed to be mortal enemies, locked in a daily life-and-death struggle for survival. But it's all going to be okay in the end, isn't it? They're going to realize they can ignore their societal roles and love each other despite their differences? Nope! The only happy ending here is that the former friends don't actually murder each other. 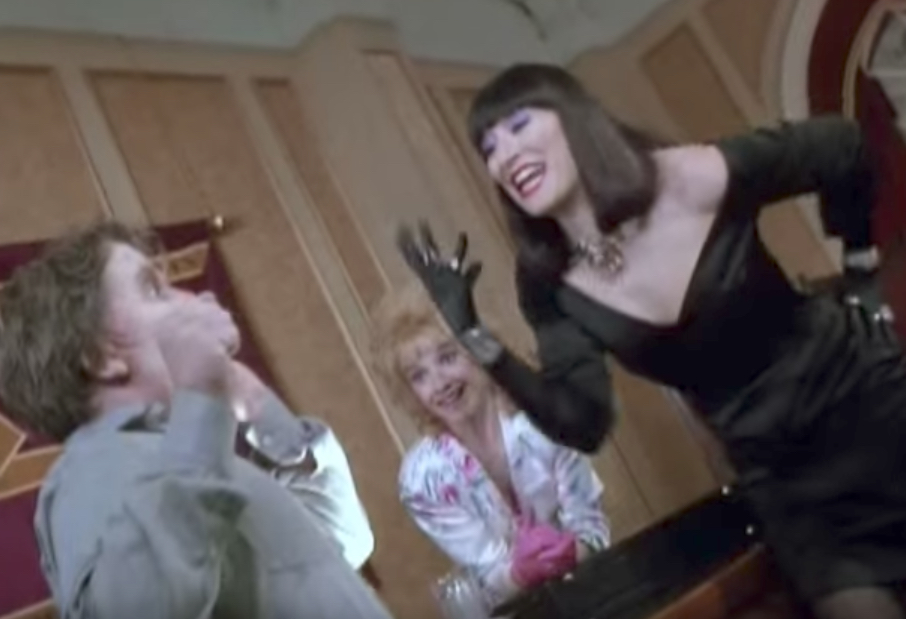 Another fun-filled kids movie about children kidnapped by evil adults. Are the people who make these movies convinced that all kids want to run away from home and it's their job to make sure they're too frightened to leave the house?

The movie, starring Anjelica Huston as a witch whose full time job is capturing innocent kids, has plenty of traumatic moments, but the one that still stays with us is the mouse transformation scene. Apparently when witchcraft is used to turn a kid into a mouse, it involves a lot of convulsing and steam coming out of their mouth. Nobody needs to see that. Nobody.

The movie ultimately has a happy ending, but for awhile there things are really grim. The scene where E.T. dies is graphic and scary, and the tears by then 7-year-old Drew Barrymore aren't acting. Director Steven Spielberg convinced her that E.T. was real, so she was pretty sure she was watching the actual death of an adorable alien. But the real tear-jerker is when Eliott sits next to the corpse of his deceased alien buddy, and tells him, "I can't feel anything anymore. You've gone someplace else now. I'll believe in you all my life." I'm not crying, you're crying!

A musical comedy about a magical car starring Dick Van Dyke? No way that's going to ruin anybody's childhood. But then we're introduced to the Child Catcher, a maniacal troll-like fellow who baits kids with free candy and ice cream—no,seriously—and then captures them in a cage. For more musically diverse tunes, check out these 40 Most Hilarious Song Titles.