Your future self despises your dad sneakers.

In the 1980s, it was leg warmers. In the '90s, it was popcorn shirts. In more recent years, the worst fashion faux pas have presented themselves in the forms of outlandish "dad sneakers" and socks that double as shoes (thanks, Balenciaga). Suffice it to say, no matter what decade you're in, terrible fashion will always find you.

And just like you probably wince at old pictures of yourself wearing bellbottom jeans, you'll likely feel just as remorseful looking back on photos of yourself proudly sporting tiny sunglasses and clear pants. To prepare you for this future embarrassment, we've rounded up the worst modern style trends that are guaranteed to make you cringe in 20 years. 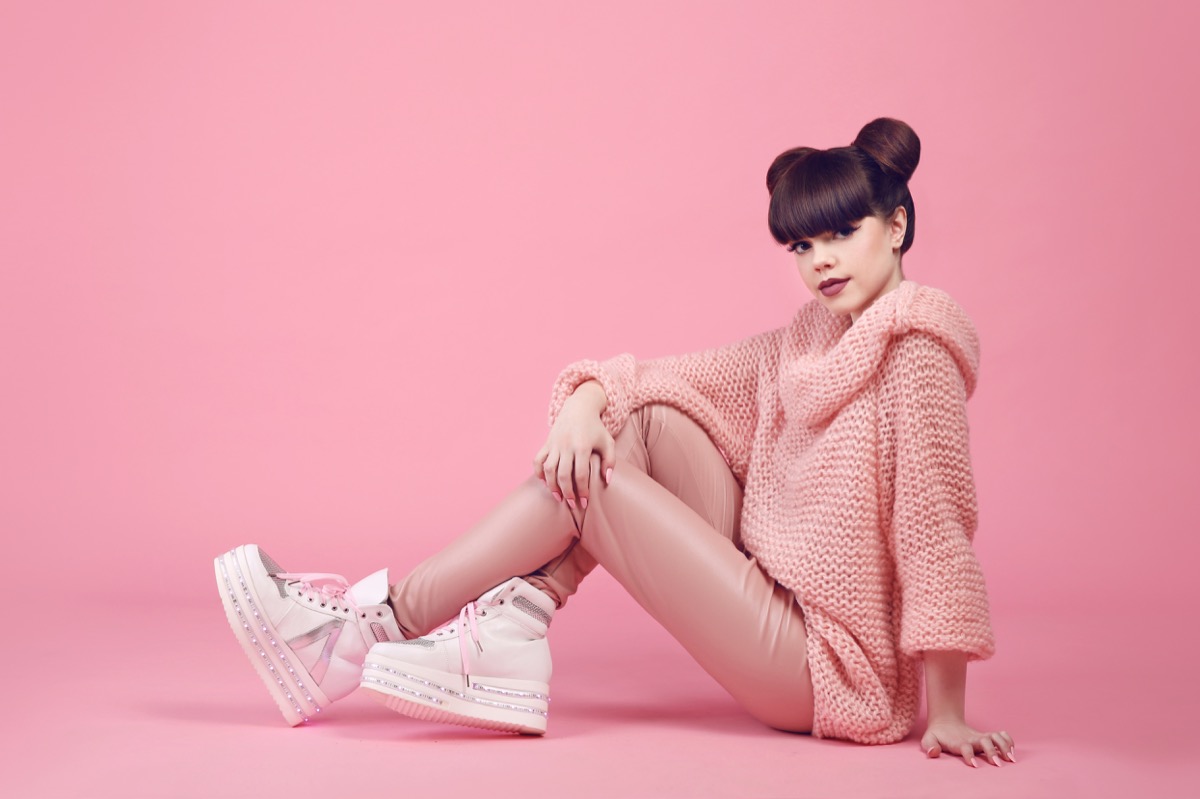 First popularized in the 1990s by the Spice Girls, the platform sneaker has recently come back en vogue to replace last year's version of the ugly sneaker, the chunky sneaker. Unfortunately for these shoes, though, there's a reason you've only spotted top models wearing them—and that's because they're the only ones who can pull them off. Avoid these ugly sneakers and you'll avoid some serious cringing in the years to come. 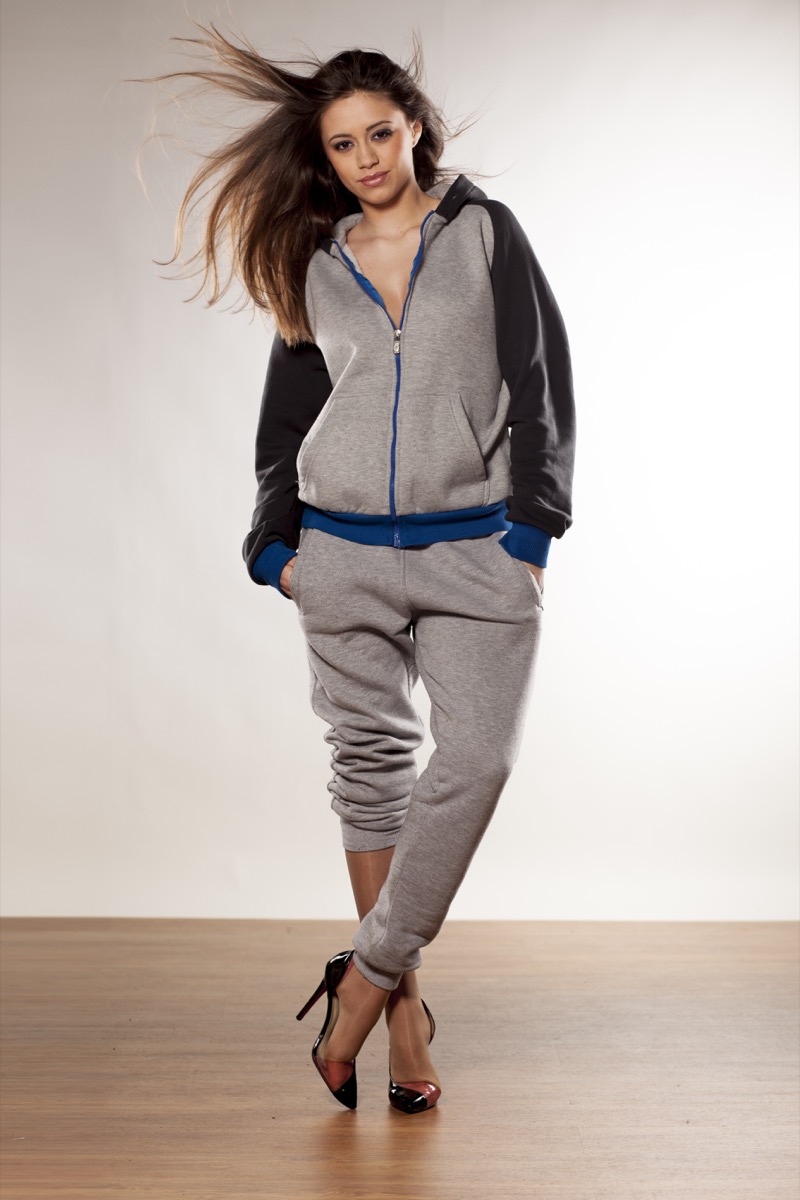 If changing out of your workout gear feels like an impossible chore, then the track-pants-and-heels trend might seem like a blessing. Unfortunately, if you're in the business of looking like you know how to assemble outfits, then you might want to avoid it. While track pants are fine when paired with equally low-key accessories, attempting to pair them with heels makes you look like you forgot your original pants at home and needed to borrow someone else's. Cringe! 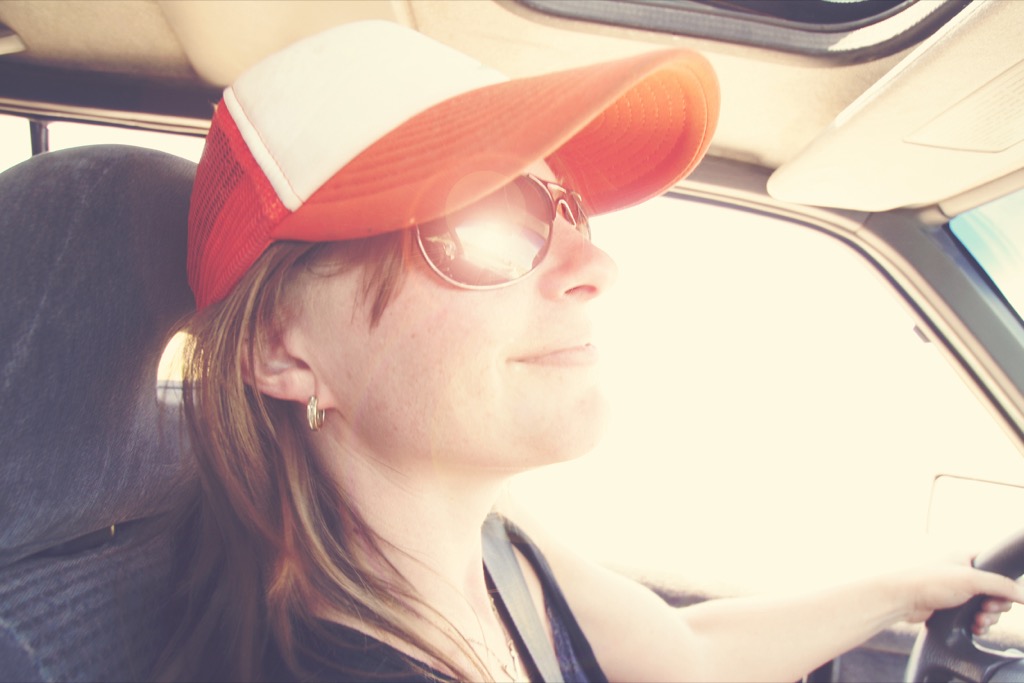 In the early 2000s, celebrities like Lindsay Lohan and Ashton Kutcher donned outlandish trucker hats that veered deep into "trashy dad" territory. And, while we should probably know better by now, the trucker hat seems to be making a comeback. In recent months, they've appeared on celebrities and Instagram stars like Kylie Jenner. But no matter how bad you think your hair looks on any given day, a trucker hat is never an improvement. 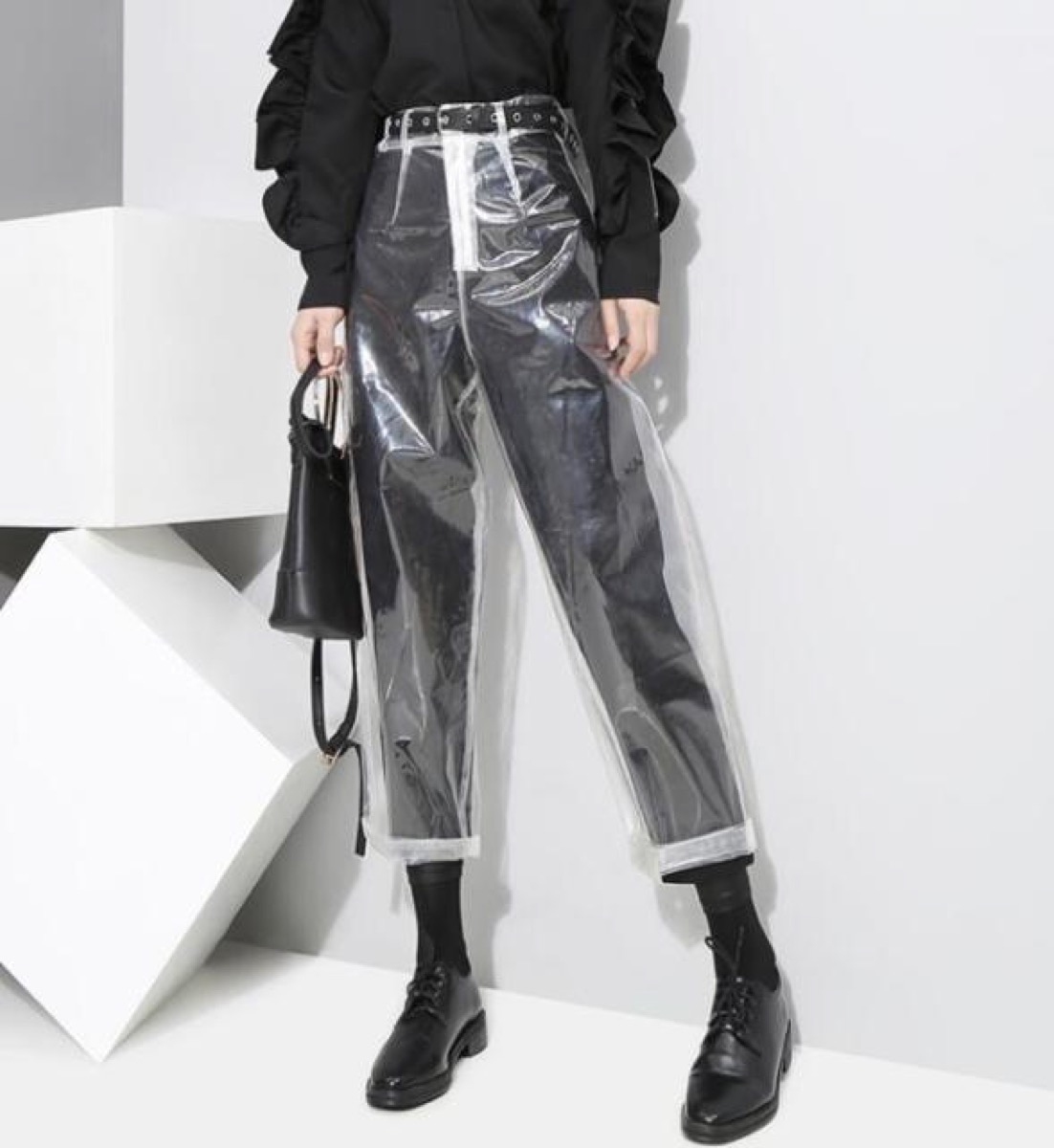 While clear backpacks and other accessories have been around for a few years, the trend remained manageable until it came for our pants, too. And while experimenting with fashion is usually welcome, this season's clear pants, which are thought to have been first introduced by Topshop, probably won't have a positive legacy.ae0fcc31ae342fd3a1346ebb1f342fcb 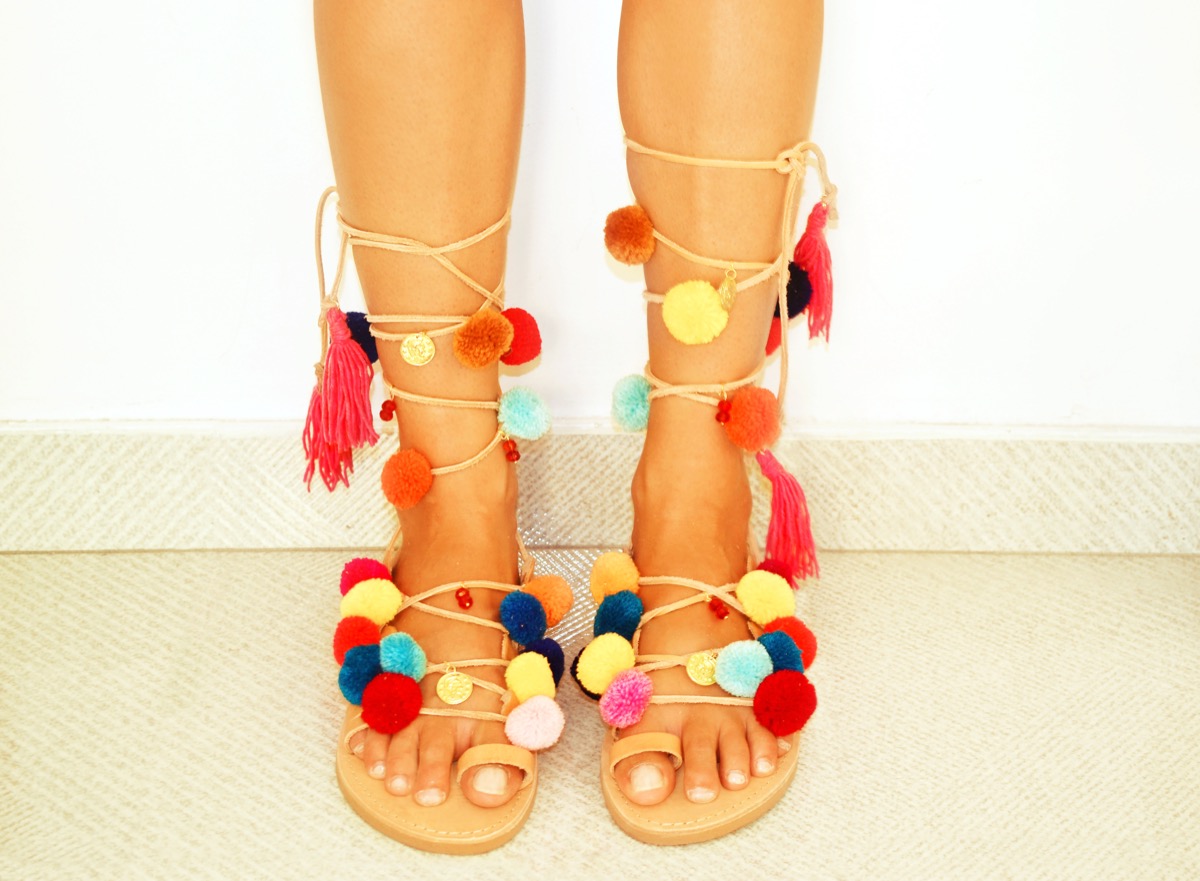 In 2018, one of the biggest trends somehow evoked a trip to the Hobby Lobby. Today, pom-poms appear on nearly every summer accessory and clothing staple. From pom-pom shoes topom-pom bags, the arts and crafts movement has somehow proven that it's here to stay. In two decades, we're guessing this look will appear cheap and hokey. 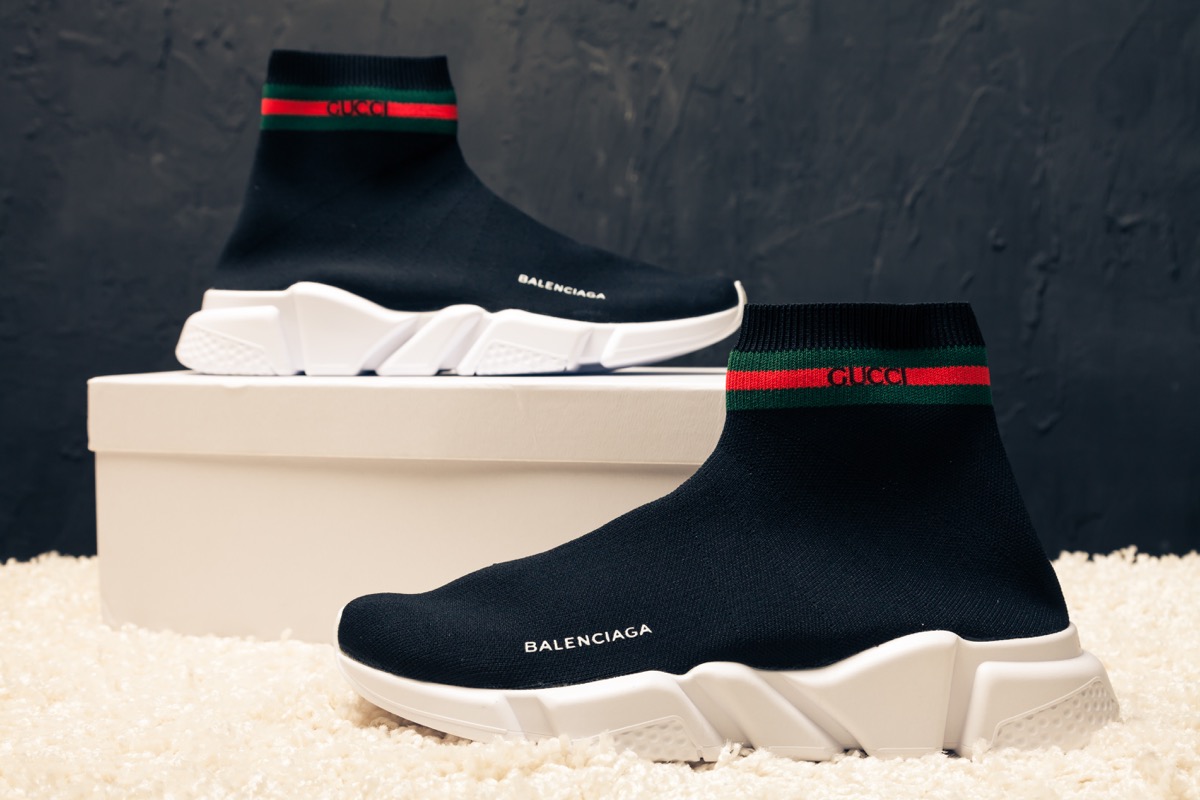 Since Balenciaga and other like-minded fashion houses created the sock sneaker, stylish celebrities like Chiara Ferragni and Bella Hadid have made them a part of their athleisure repertoire. But since these sneakers often have hefty pricetags trailing into the thousands, shoppers might be better off investing in shoes that look less like futuristic socks and more like, well, shoes. 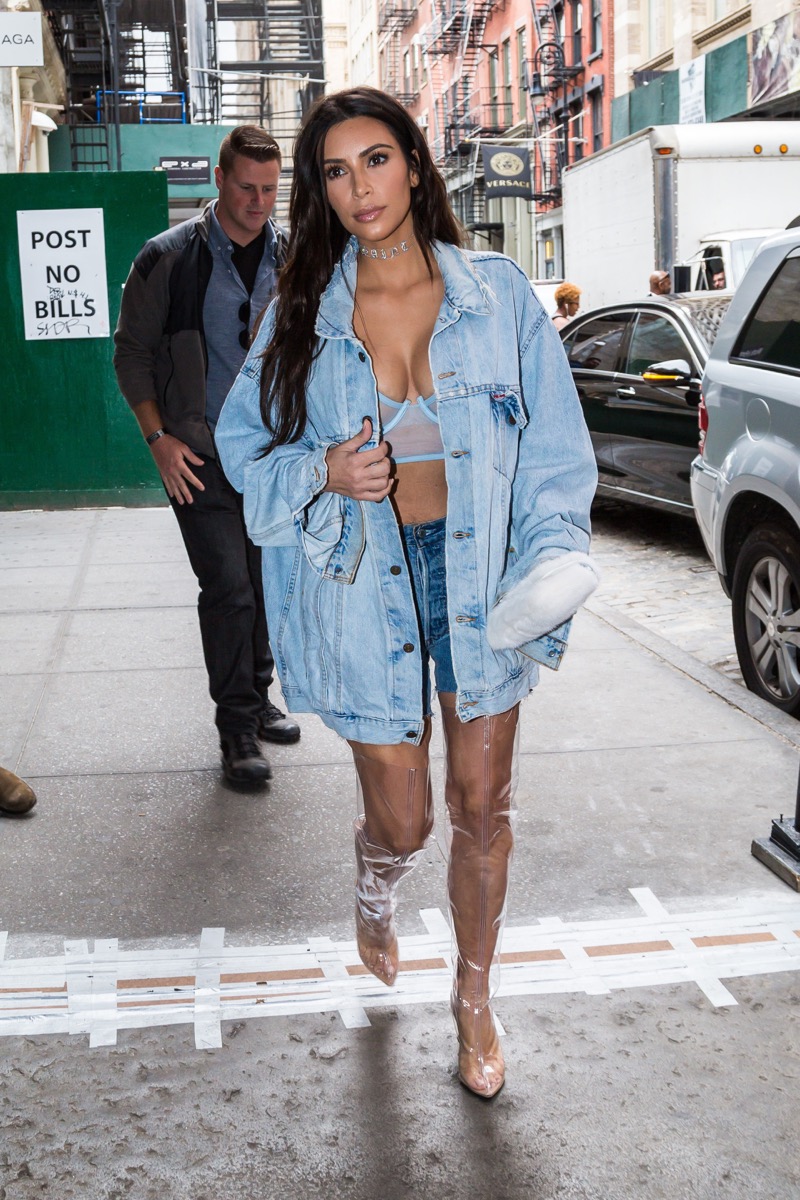 The clear, plastic boot—perhaps most famously worn by Kim Kardashian—took the fashion world by storm at the beginning of 2017. Since then, every type of shoe has been affected, from utility boots to over-the-knee boots. But at the end of the day, we're guessing most fashionistas will look back on this trend and cringe. 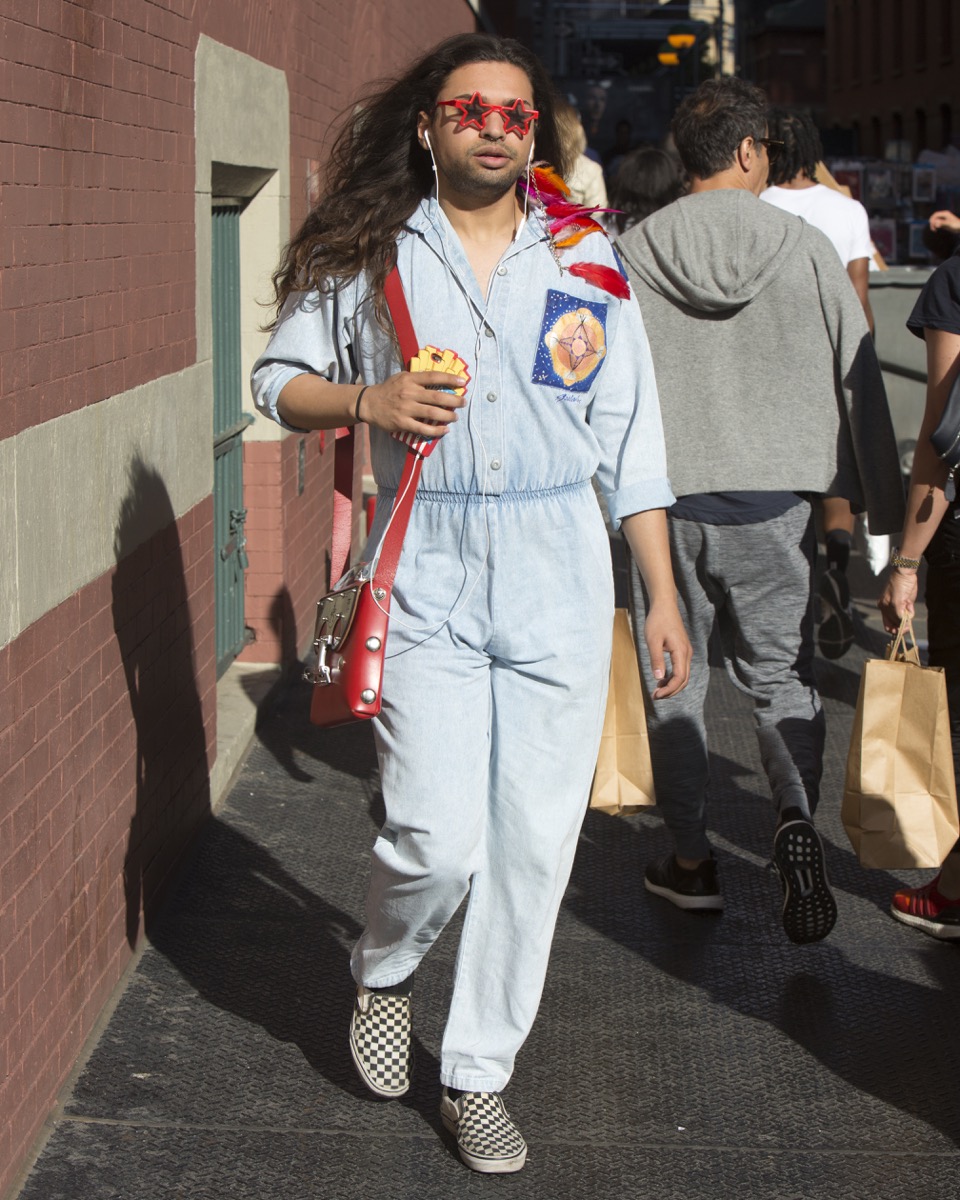 Also called the latest men's fashion trend that nobody needed (or wanted), the RompHim (or romper for him) was first created in 2017 by Illinois-based company Aced Design. Proving that the fashion world was beginning to value a more unisex approach to style, the creators of RompHim wanted to design a male romper experience that mirrored some of the same values of the traditional romper.

Despite the romper's innovative nature, though (it comes equipped with a zipper fly!), it seems that most men were not ready to take their RompHims out on the town—or anywhere, really. 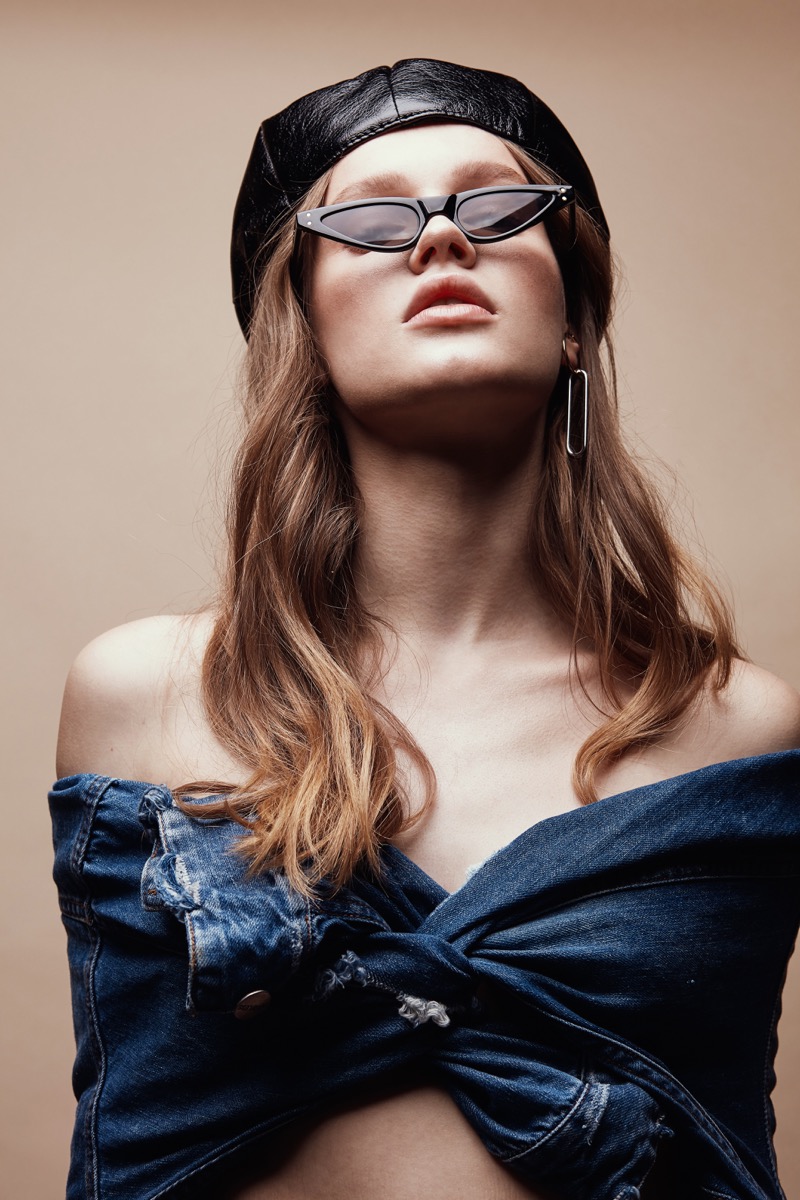 In the now-famous words of actress Mindy Kaling, "I think we will regret this tiny sunglasses look." This trend, which first appeared in the mid-1990s, recently came back in favor (as the worst trends always do). As of late, celebrity heavyweights like Gigi Hadid and Kendall Jenner have been sporting specs so small that many have wondered why they even invested in sunglasses at all. All we can say is that in 20 years, we're sure they'll cringe. 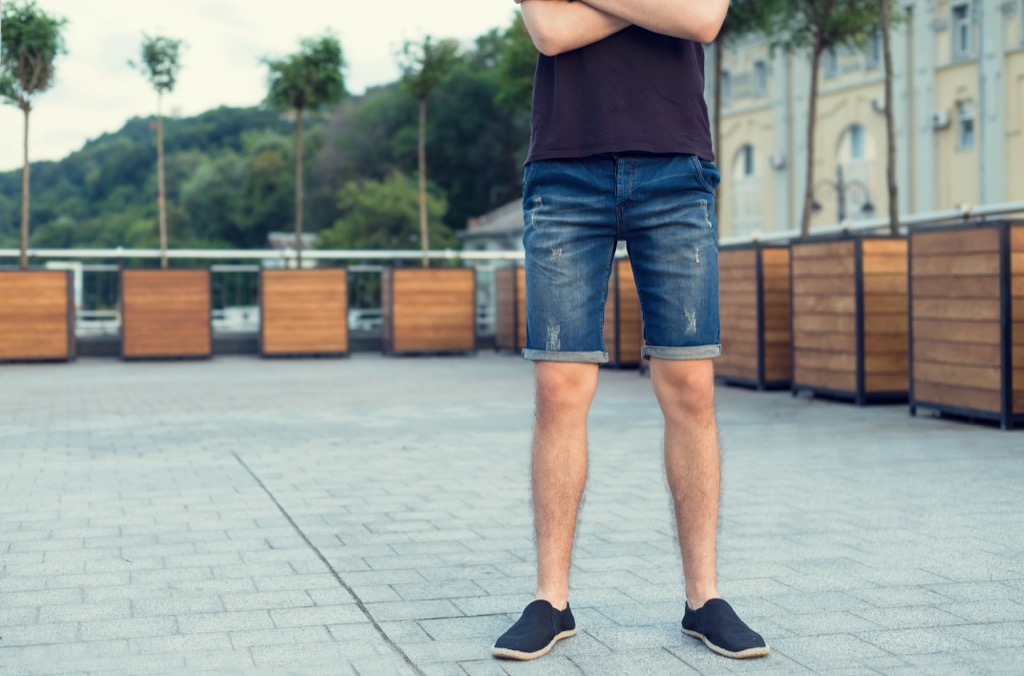 Jorts are a controversial style, to say the least. Though men's versions have been around for decades, the awkward-length denim has recently been spotted on the fashionable likes of Cara Delevigne and Gigi Hadid, according to Who What Wear. (And no, we're not talking about Daisy Dukes, we're talking about jorts.)

Unfortunately, it seems that no matter how one attempts to style their jean shorts, they just come off looking a bit, well, juvenile. If you'd like to channel a more sophisticated vibe, steer clear of jorts and keep your legs just as cool with linen shorts. We know you won't regret those. 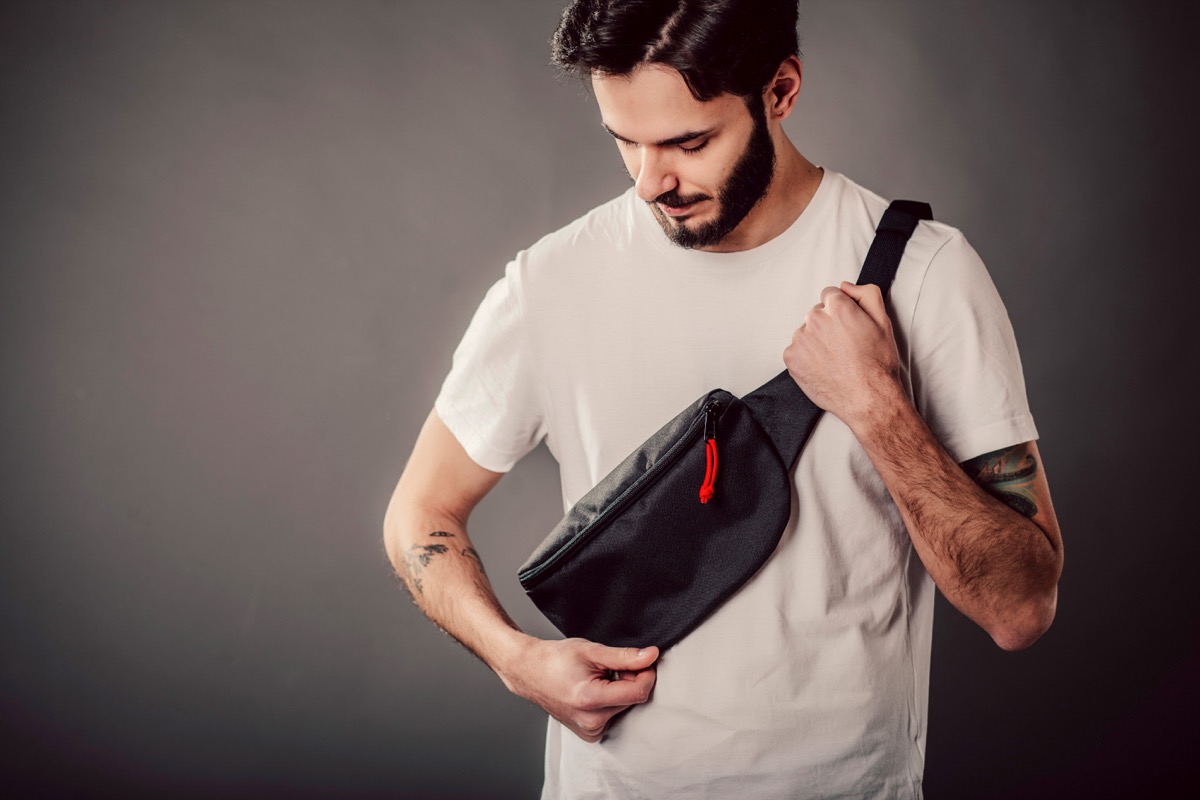 Fanny packs have always been a style staple for those who prefer not to pay attention to style staples. But recently, fashion gods like Bella Hadid and Jared Leto, along with numerous street-style stars, have bought into the most recent fanny pack trend: the crossbody fanny pack.

All of sudden, fanny packs are cool—and they're popping up all over Fashion Week and the streets of New York, according to The Cut. But unfortunately, just because these things are popular, doesn't mean the people who are wearing them are going to feel any less cringy in 20 years. 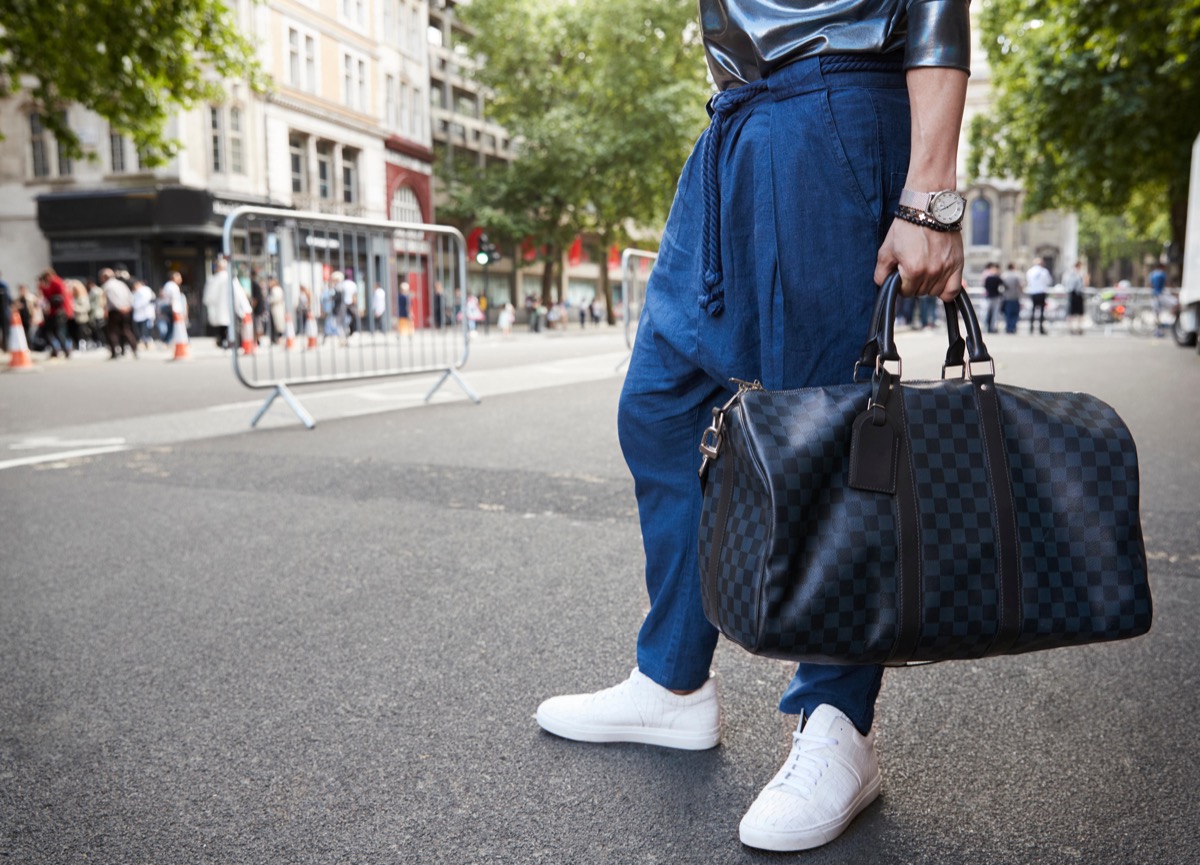 Due mostly in part to the athleisure craze, drop-crotch joggers have been spotted on a number of A-list celebrities as of late. Justin Bieber, for example, seems to wear them almost every day. These saggy pants have seemingly replaced respectable casual wear—despite the fact that, yes, these joggers are just sweatpants disguised as a fashion statement.

We get it—Ryan Reynolds and Ben Affleck make this trend seem entirely too appealing. But despite a 2016 study published in the Journal of Evolutionary Biology, which found that women were more likely to be attracted to a man with stubble, it's worthwhile to note that there is a fine line between swoon-worthy stubble and the unkempt lumberjack look. And the lumberjack look is one we're sure will make you cringe a few years down the line.

14
Brows of all shapes, sizes, and colors 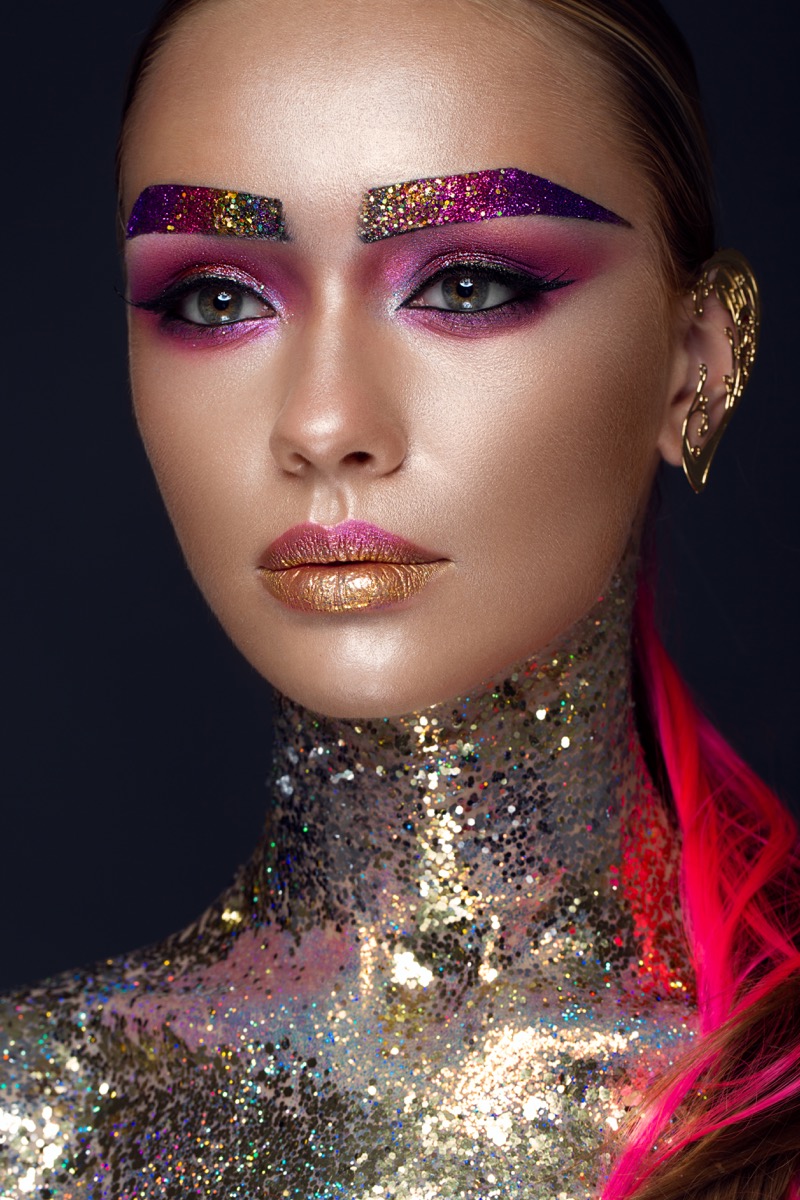 Bewildering brows just might be the worst beauty trend of modern times. From glitter brows to "squiggle brows," the au naturel look seems to be all but forgotten. Fortunately, fashion publications like Elle Australia predict that the natural brow will have its time in 2019—which means we'll be cringing at these crazy styles sooner rather than later. 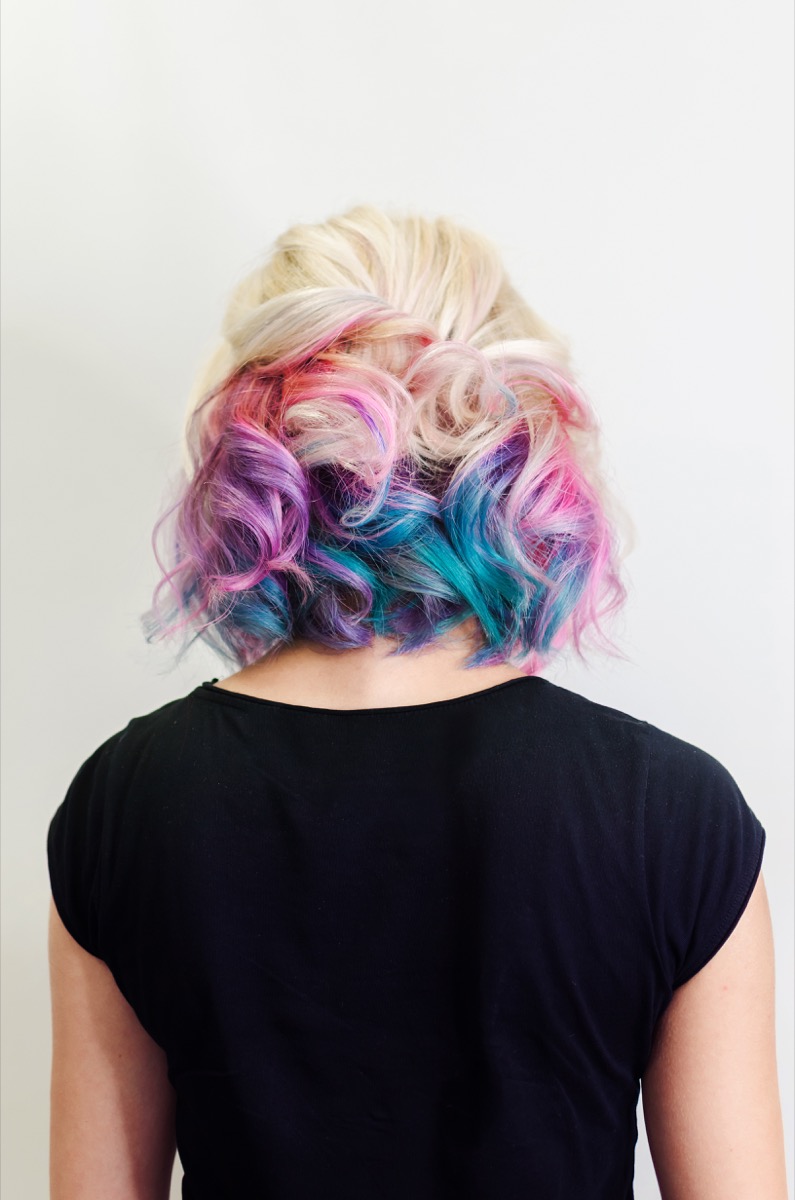 Just when you thought that colored hair was so 2010 (and gone forever!), unicorn hair hit the scene. Unicorn hair, or bold, multicolored locks, was sported by a number of fashion bloggers and influencers. The trend eventually led to another baffling one: the unicorn armpit hair trend. And if that doesn't have "cringe" written all over it, then we don't know what does. 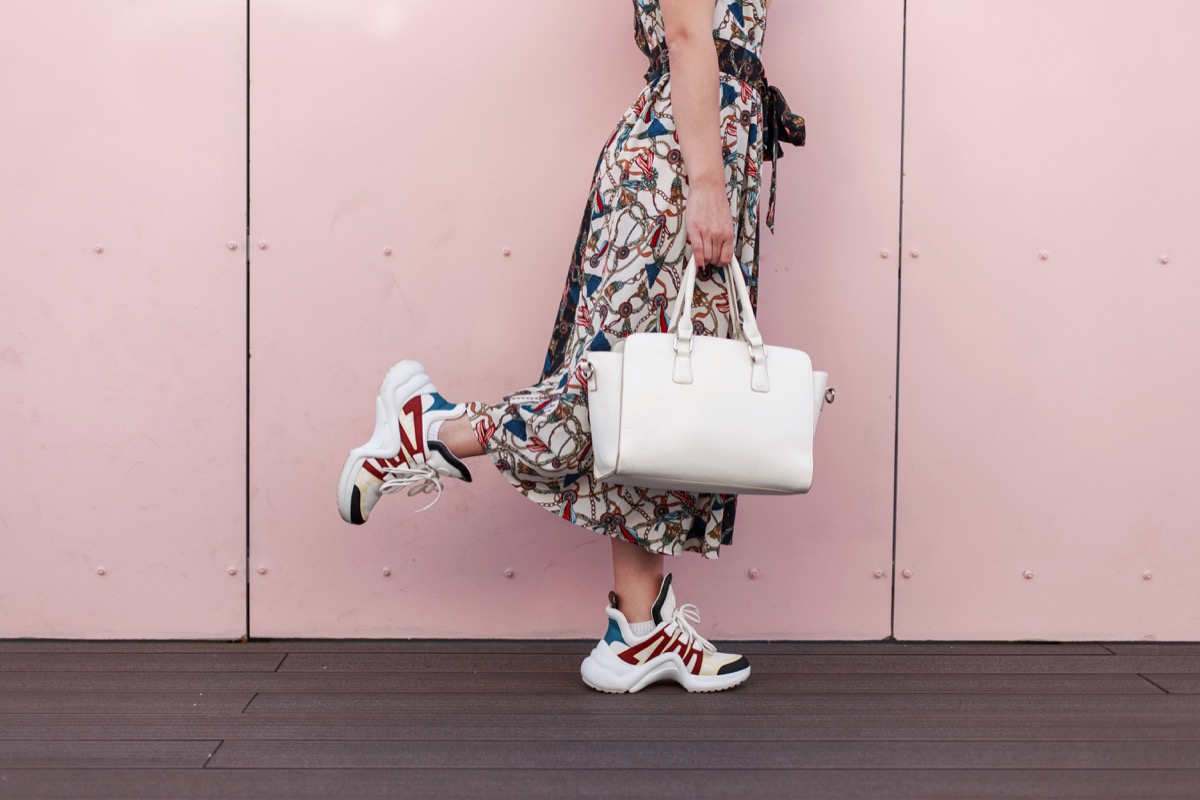 We're just going to put it out there: any shoe that takes its inspiration from a group of people whose main prerogative is chasing around toddlers, shouldn't make it into the echelons of high fashion.

To understand this trend, simply think back to the sneakers that your father might have worn that relied solely on function—and then picture the type of outlandish spin fashion houses like Balenciaga might put on them. In a decade, it's likely you'll look back on this trend and wish that you'd left this fashion faux pas for an actual dad to commit. 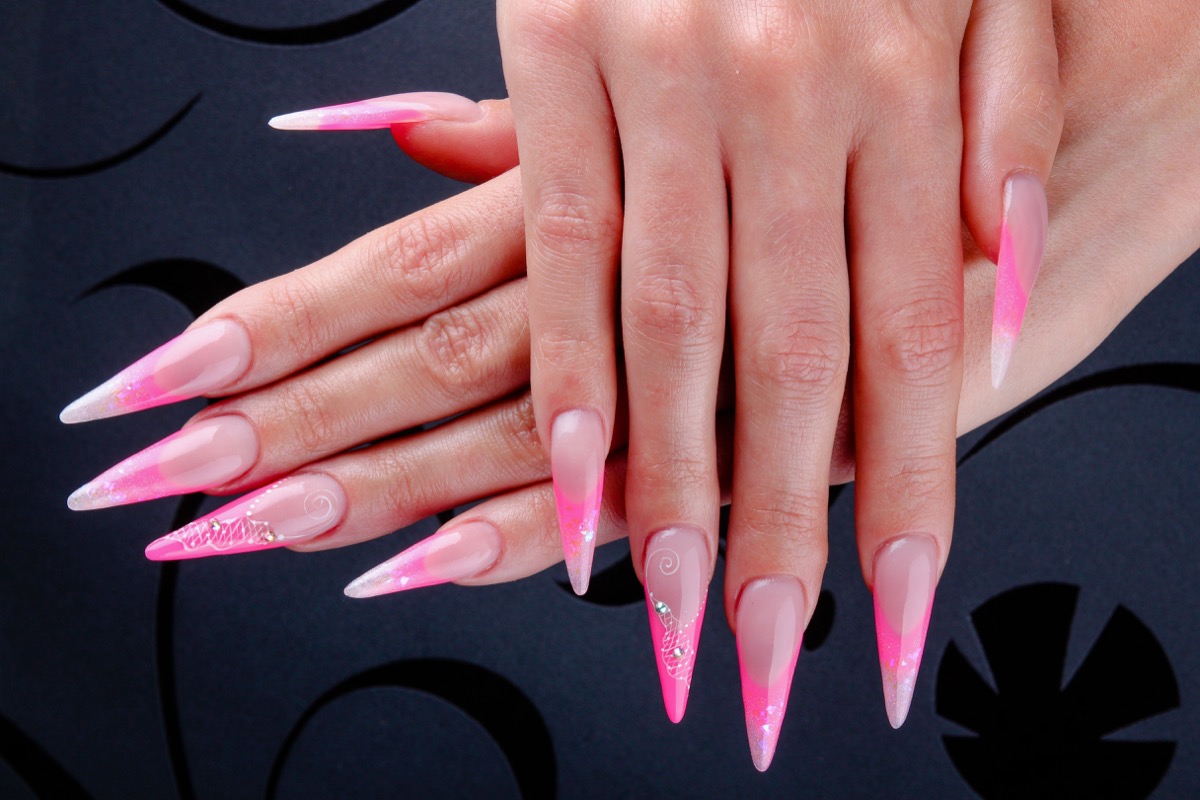 Also called stiletto or "coffin nails," claw nails are the latest beauty trend to lack any common sense. Similar to the more luxe options available in the '80s and '90s (think: bedazzled and long enough to scratch an eye out), this style already feels dated. Rather than commit a beauty crime and risk harming your fingernails, opt instead for a simple manicure that works well with any look.

At first, it seemed as though the fashion world embraced Crocs for the irony of their complete opposition to any style rules ever invented. But within a few years, the shoes had numerous collaborations with popular fashion houses like Balenciaga. However, despite the younger generation's affinity for what was once considered the ugliest shoe on the planet, we predict these jelly soles will someday be laid to rest. 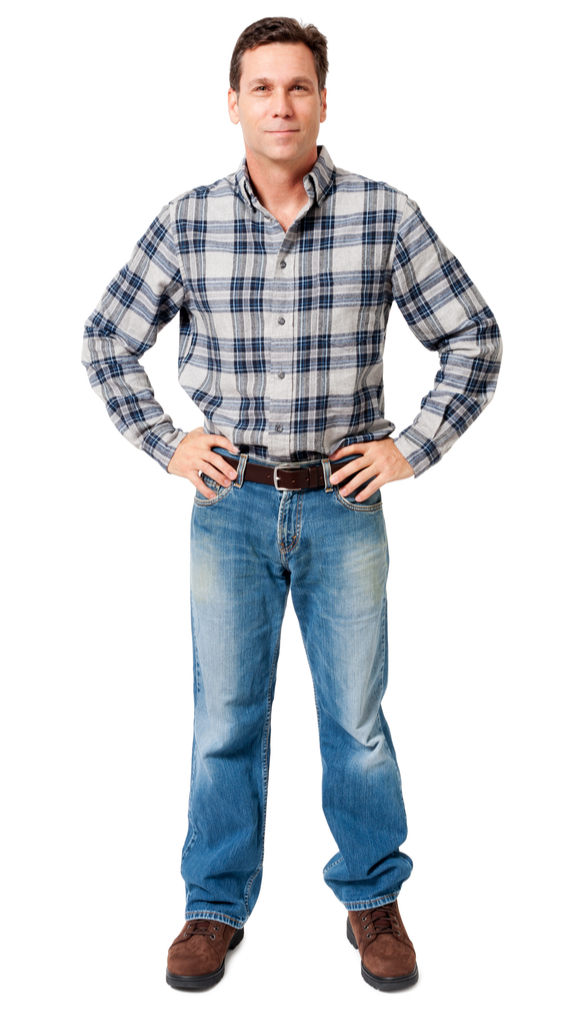 Oh, the horror of bootcut jeans. As you likely already know, boot-cut jeans are some of the least-flattering jeans out there, managing to both diminish your figure and make you appear shorter and squatter than you actually are. To ensure that you're complementing your figure with every denim purchase, opt for more slimming styles like skinny jeans and straight-leg jeans.

When it comes to dresses, rompers, and jumpsuits, the past few years have been all about cutouts. Unfortunately, the look is as puzzling as the pre-distressed denim of the early aughts.  More than anything, we're guessing buyers will eventually regret spending money on bits of incomplete fabric.

Ashley Moor
Ashley hails from Dayton, Ohio, and has more than six years of experience in print and digital media. Read more
Filed Under
Apparel • Clothing Accessories • Fashion • Shopping
Read This Next
Latest News
Read This Next