15 Major Breakthroughs Scientists Are Eyeing in 2019

We were promised jetpacks. But we're getting so much more.

When you think of "scientific breakthroughs," you probably think of the major, history-shifting ones. Newton's laws of gravity! Einstein's theory of relativity! Penicillin!

But for every textbook-worthy tentpole discovery, there are a dozen more amazing paradigm-shattering revelations—most of which fly totally under the radar. It's gotten to the point where scientists could discover complex organics off Saturn and it wouldn't even crack the front page. (That happened, by the way, just this year.)

So, to shed a little light on the unknown, we've rounded up all the major breakthroughs scientists are on the precipice of discovering. Keep watch. After all, great science doesn't always come so obviously as an apple falling out of a tree.

Many scientific breakthroughs have been sparked by following Mother Nature's lead. A prime example of that is DNA storage—using synthetic DNA strands to store massive amounts of data. Just as the DNA in the human body contains vast loads of information, research has found that a few grams of DNA can store an exabyte of data (that's one quintillion bytes for those who are counting) and hold it safely intact for thousands of years.

The process has remained slow and pricey, since it requires converting the 0s and 1s into the DNA molecules adenine, thymine, cytosine, and guanine. But scientists have been making headway. Next year, the first commercial DNA storage service, Harvard Life Lab's Catalog, is set to launch, and a prototype machine from Cambridge Consultants, which can encode a terabit per day, is expected to roll out the same year.

2
A Better Look at Black Holes

Though we've been able to confirm the existence of black holes by measuring motions of individual stars orbiting them, actually getting images of these light-eliminating things has proven more difficult. But researchers have struck on the idea of imaging it by using a large number of radio telescopes to simultaneously measure the same objects from a wide range of locations, then piecing them together to get an overall picture.

That is the plan, at least, for the Event Horizon Telescope, which has been taking images of the massive Sagittarius A telescope and is now piecing them together for the public to enjoy. And if a few big issues are worked out—like enhancing the resolution of the images—we may get a better picture of it in 2019. 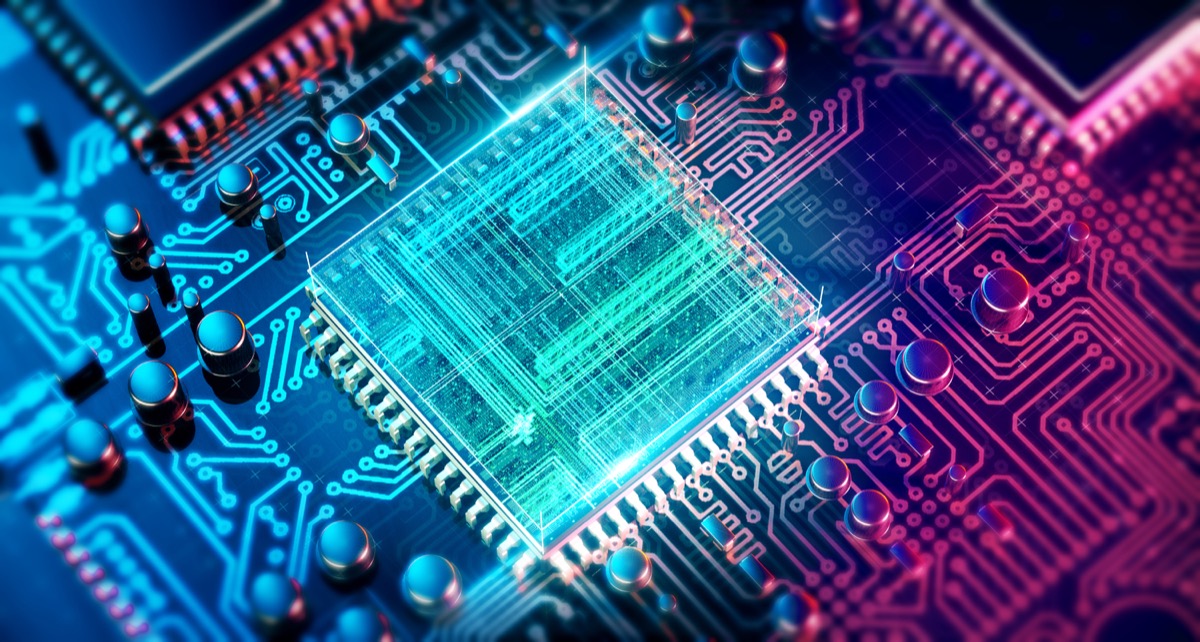 Using the principles of quantum mechanics, this approach is a step up from the usual binary 0s and 1s to the more complex qubit. Running on quantum algorithms to process information, these far more powerful machines are expected to make machine learning more powerful than it already is—and could help with medical and other scientific breakthroughs. IBM has officially declared that "Quantum Computing is Here," and you can expect to see it take off in the coming year. 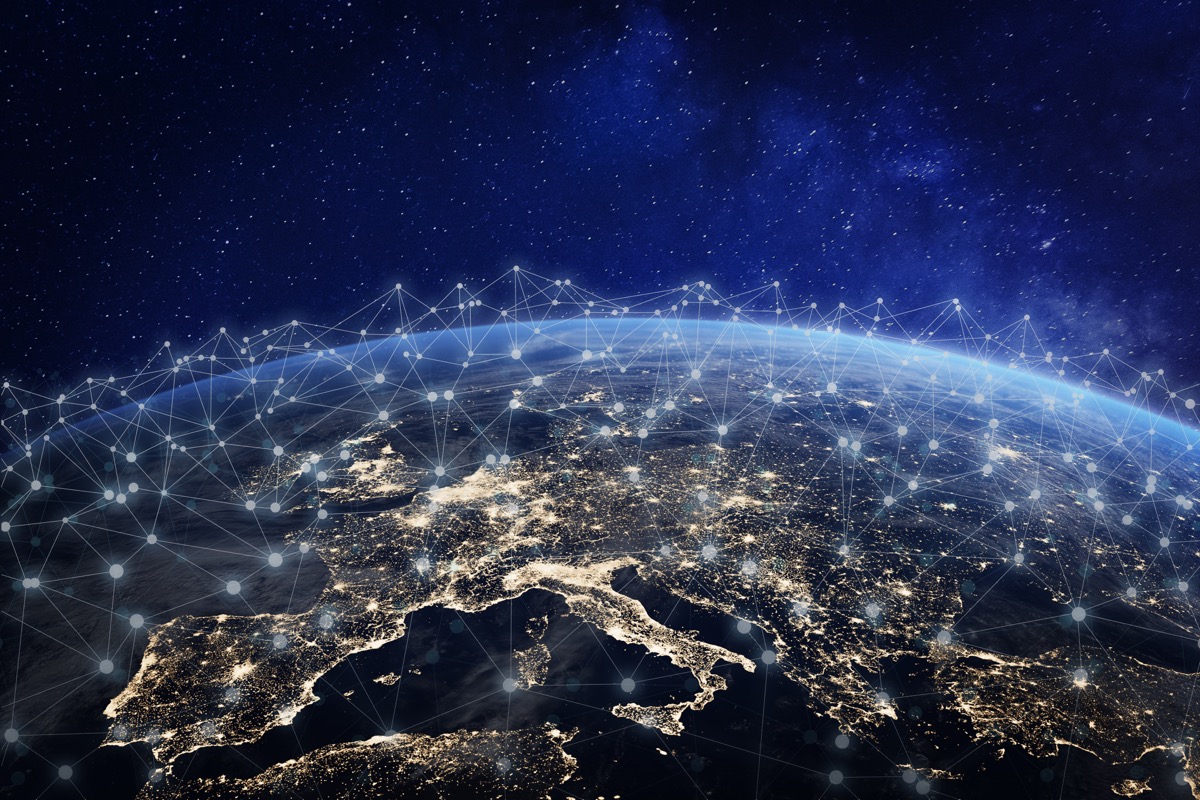 On the heels of breakthroughs in quantum computing, you can expect to see the technology applied to the internet, allowing qubits encoded with information to be sent and received (without being intercepted by malicious outsiders). China has already developed "quantum-capable satellites" that could host such a "quantum internet" and you can expect to see big breakthroughs in this field in the coming year.

No, it's unlikely the cure for cancer will come around in 2019, but we will likely see developments in immunotherapy—a biological treatment that uses the body's own immune system to fight cancer.

"Scientists are creating life-changing new cancer treatments through the concepts of joint therapy and engineered T-cells," according to the Cleveland Clinic, which includes this as a medical innovation to expect in the coming year. "With the near daily discovery of new immunotherapeutic targets and biomarkers, it is the hope that effective therapies will soon exist for all tumor profiles."

If the idea of machines conducting surgery has you imagining nightmare scenarios out of Alien movies, guess what? Robots have been conducting surgery on people for years. From spine to endovascular procedures, machines have reduced the room for error in operations and are poised to get even more sophisticated in the year ahead. As those from the Cleveland Clinic put it, "Continued advancement in the field has led to more precise and effective surgeries with improved surgical outcomes," and they expect it to be one of the medical advances in 2019. 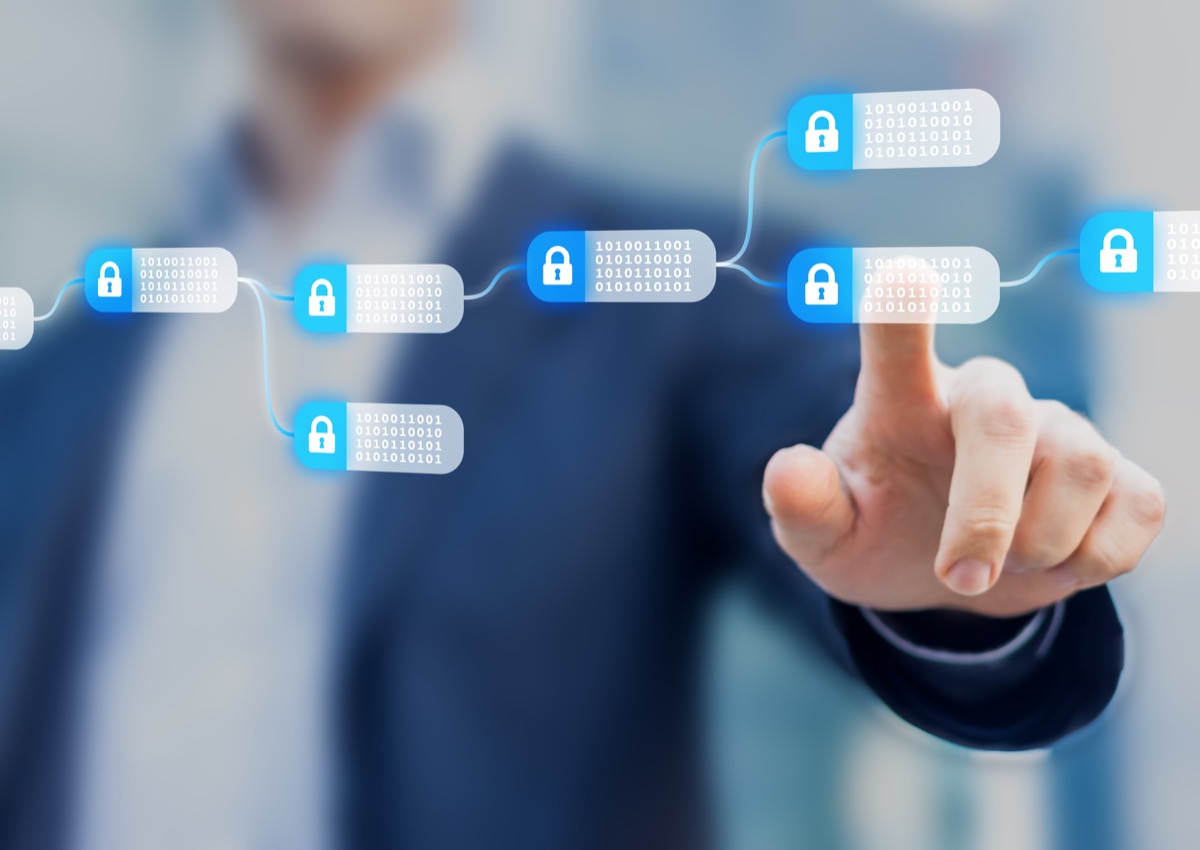 As concern about protecting individual privacy and preventing data breaches continues to grow, researchers and companies like Evernym and Shopin are looking for ways to apply the record-keeping technology of blockchain to these identity-management efforts. For example, Shopin creates a "shopper profile" of users built in blockchain, restricting what information big companies like Google can learn about you. As Europe's new General Data Protection Regulation gets underway (and the public backlash to information sharing continues to play out), you can expect to see faster movements in this area. 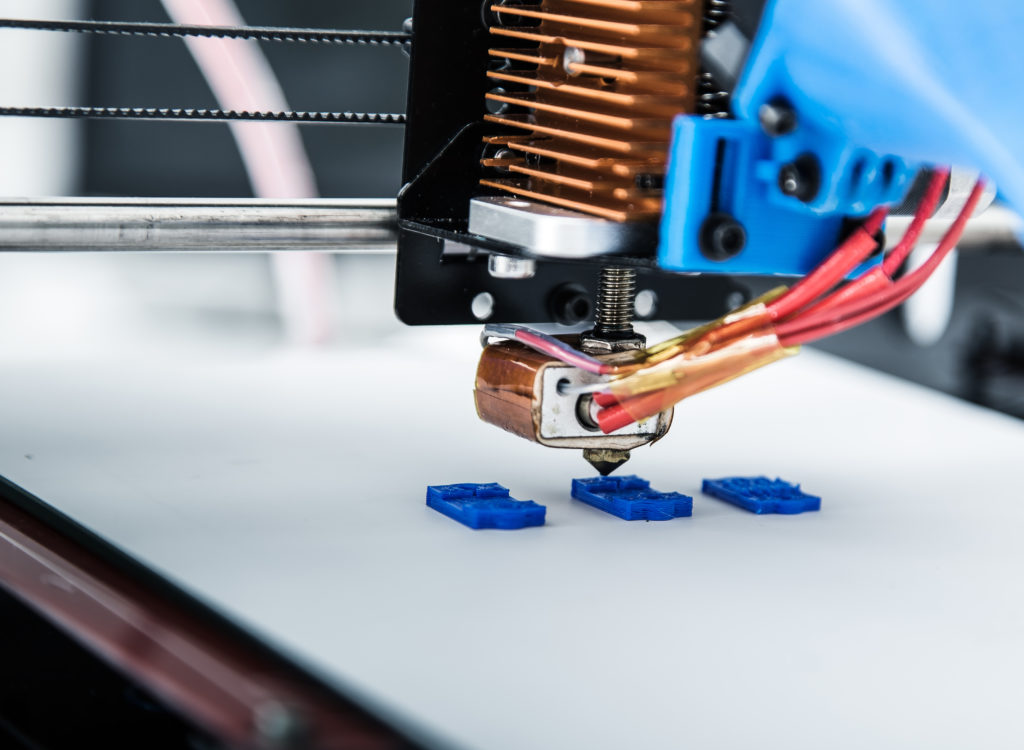 3D printing continues to hold great promise for a wide range of industries, but due to cost and its still limited functionality, it remains greater in theory than in practice. That is likely to shift in 2019, as 3D printing is poised to see its latest breakthrough: printing metal. HP has its Jet Fusion model in the works, while Nike and GE have their own plans. Though it's still a long way out from widespread consumer use, moving into metal printing could revolutionize manufacturing and industry. 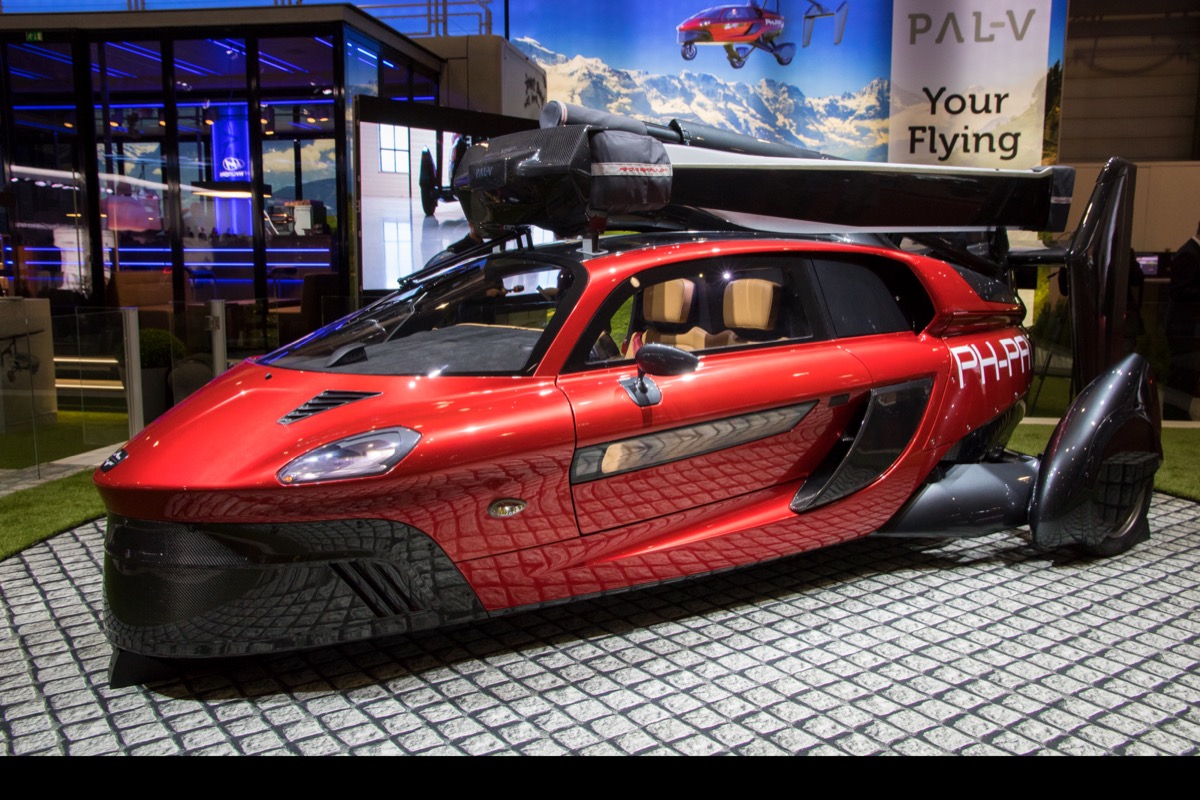 No, you shouldn't expect to see machines akin to the sleek automobiles from your favorite sci-fi epics. But you can expect this year to see developments toward cars that don't need roads. For example, the "Liberty" from Dutch company Pal-V, which uses a dual-propulsion drivetrain, allowing it to both drive and fly (as high as 11,480 feet in the air). It's still a bit pricey, at almost $600,000, but expect more developments to make these more affordable soon.

A full cure might be a long way off, but at least the partial reversal of paralysis looks ever-closer to reality. Swiss company EPFL has made progress in research it's conducted on a partially paralyzed macaque monkey using a "Brain-Spinal Interface System," which it describes as bridging "the spinal cord injury in real-time and wirelessly. The chip interprets and decodes the signal from the brain's motor cortex and send information to the electrodes located on the surface of the lumbar spinal cord." This could be the year this becomes a reality. 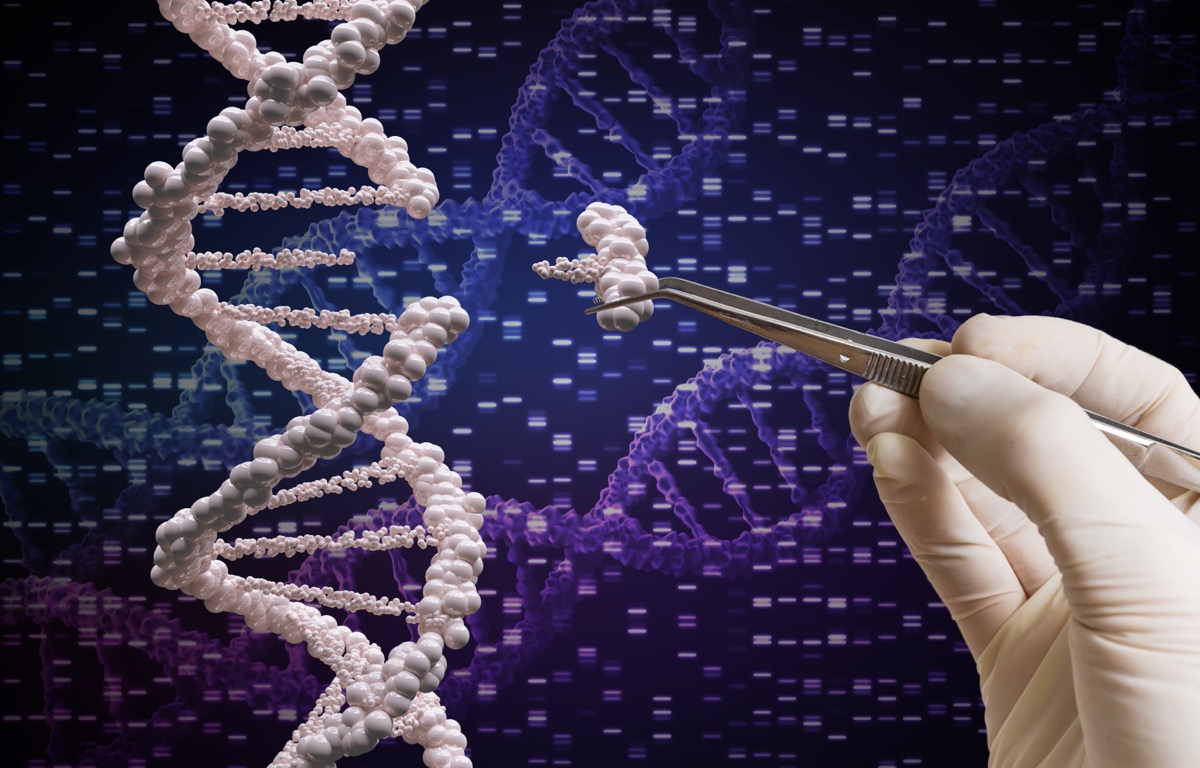 Though we remain uncomfortable with the idea of manipulating genes, such gene therapies that replace mutant genes that cause disease with healthy, functioning ones have made major progress and are poised for a breakthrough very soon.

In 2012, a set of molecular tools known as CRISPR—which target and can help edit genes with greater accuracy—helped bring such an approach closer to reality. But the high-profile ethical errors made by a Chinese researcher using the technology showed that this remains a controversial, if promising, area of science.

The human brain is in many ways harder than outer space for us to get our minds around, but this year we might get closer to a full understanding of how our brain actually works. The European Human Brain Project has recently been given an infusion of billions of dollars to get a fuller picture of the brain and its billions of individual neurons. In 2019, we might see the arrival of something like Google Earth, but for human brains, allowing us to zoom in on specific areas and to get a better, fuller context. 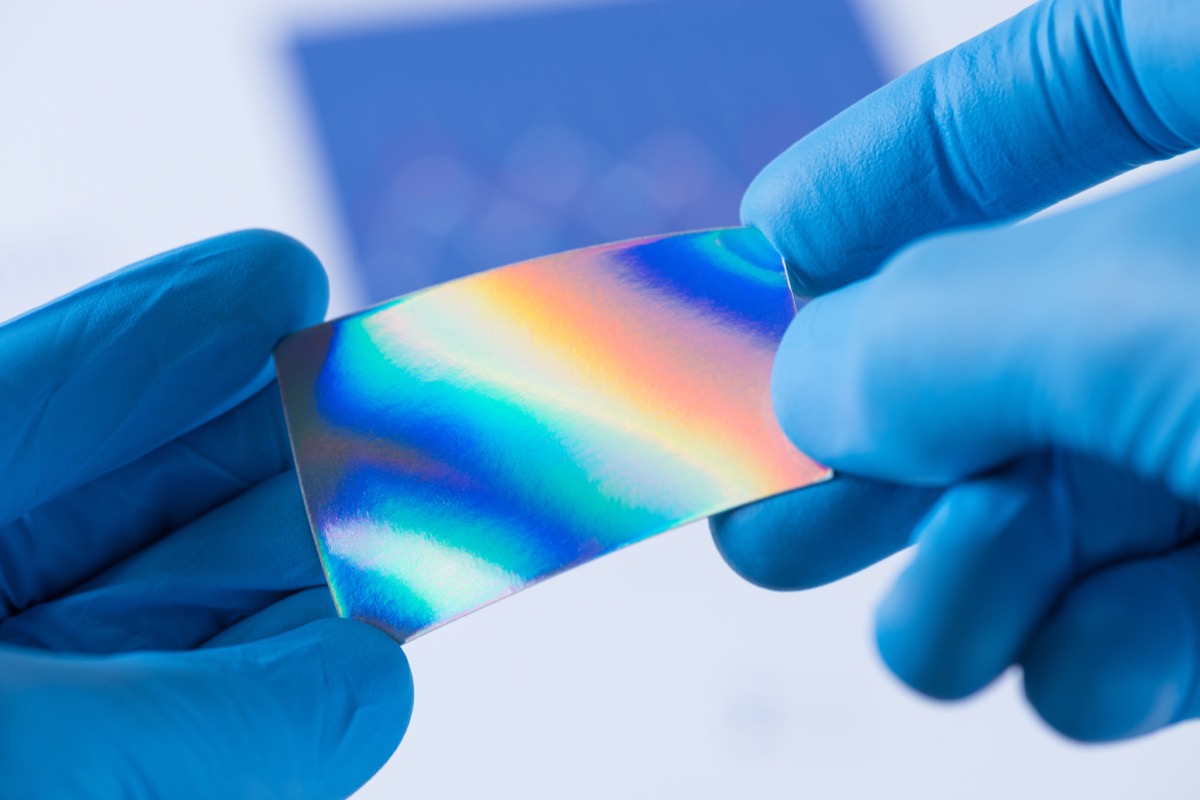 What if your phone could repair itself the way a cut heals? That's the thinking behind self-healing material, which use embedded internal adhesives, healing agents or shape-memory materials to repair themselves after being damaged or flex back into the shape they originally held. Major advances have already been happening in this area, from a polymer that can heal "like skin" to materials using plant-like chemical reactions with carbon dioxide. Next year these developments will only proliferate further.

Closed-circuit television has for years been key to catching criminals and spotting missing persons (and to plenty of entertaining YouTube videos). But this year might see CCTV kick it up a notch by incorporating artificial intelligence.

AI-enhanced surveillance would layer big data and facial recognition technology onto the camera technology, allowing for speedier identification and location of individuals (and plenty of nervousness from those who worry about our progress toward Minority Report–style surveillance). Gartner predicts that, by 2023, there will be an 80 percent reduction in missing people thanks to these developments. Hitachi and Nvidia are among the companies developing AI surveillance, and this may be the year the tech takes off. 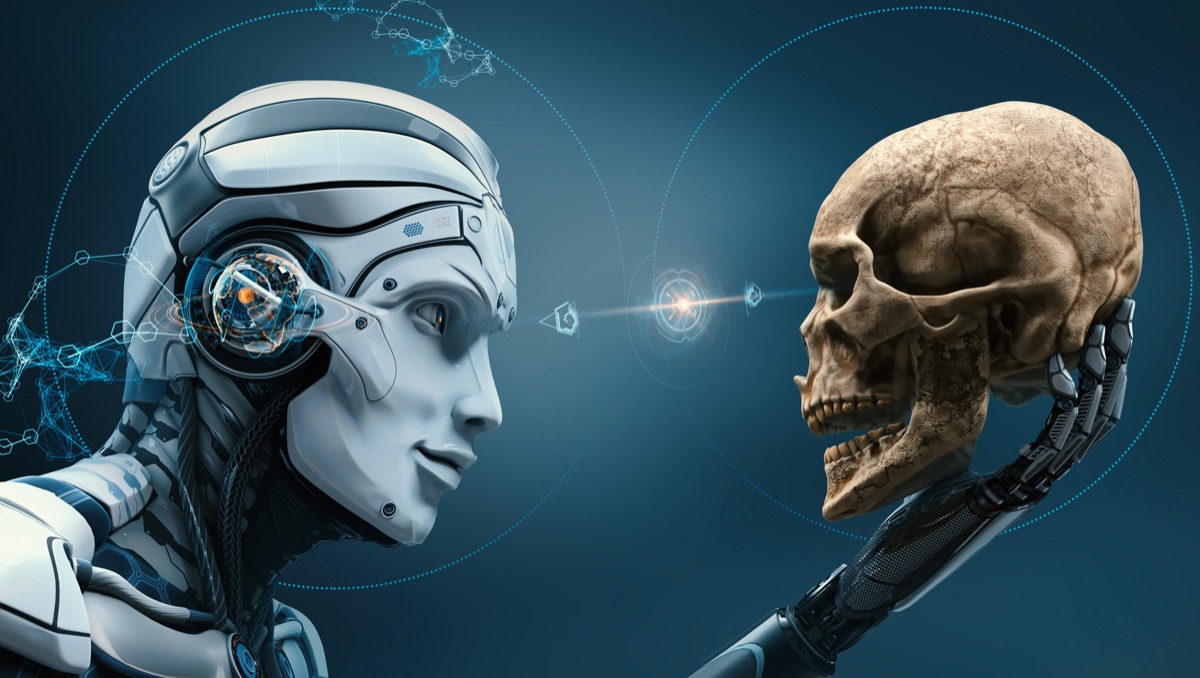 Call it the house call for the 21st century. Thanks to advances in technology and data gathering, this will be the year that "virtual care" becomes commonplace—with chronically ill patients enrolling in AI-enhanced programs that allow doctors and clinicians to check in with patients, diagnose ailments, and prescribe treatment without having to meet face-to-face.

In fact, advances have already been made in this area, and a proposed new rule allowing Medicare Advantage beneficiaries to access tele-health from home points the way toward how it's likely to only grow. Gartner predicts that by 2023, emergency room visits will be reduced by 20 million thanks to such advances. And for another look at what's on the horizon, here are 25 Expert Predictions About the Future That Will Excite You.